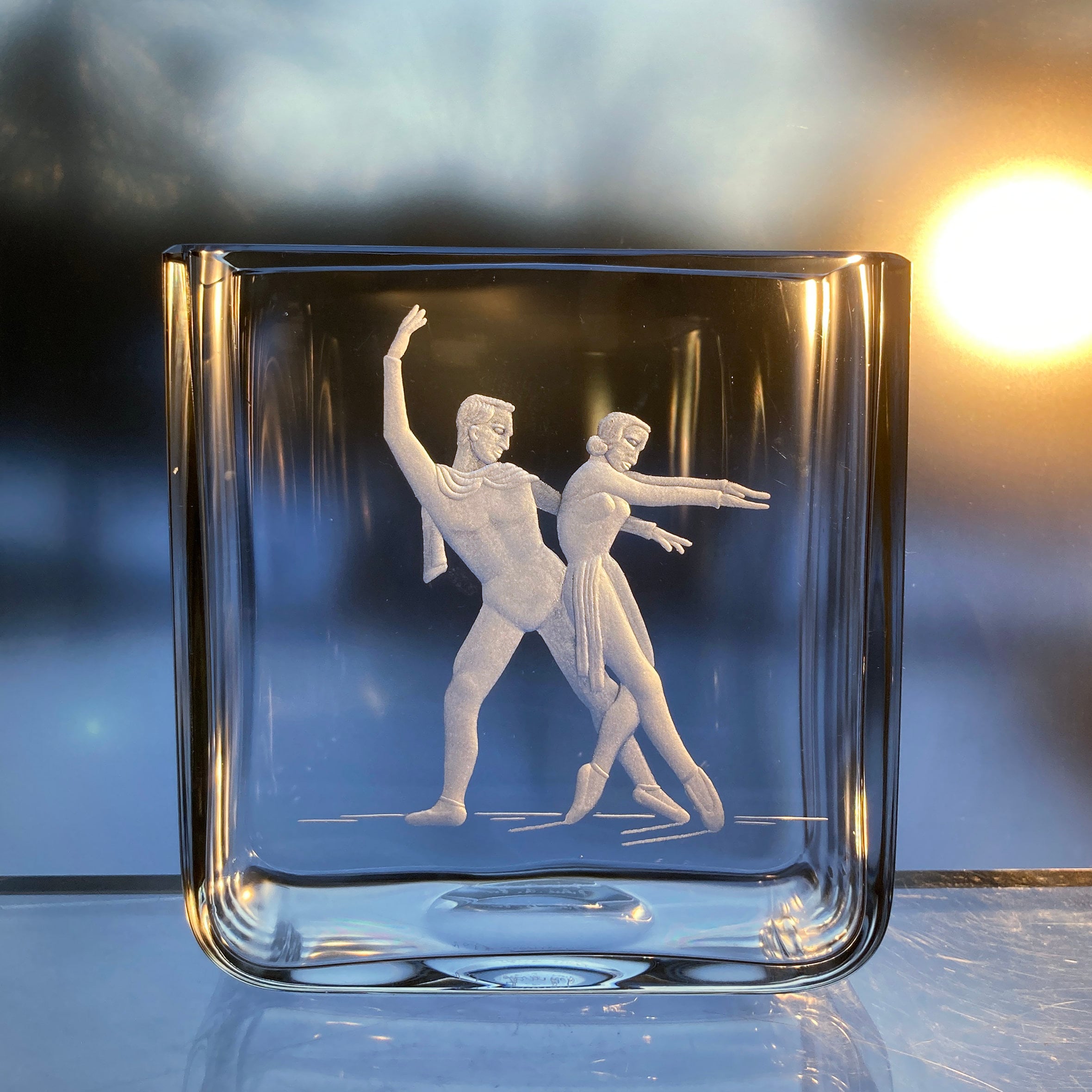 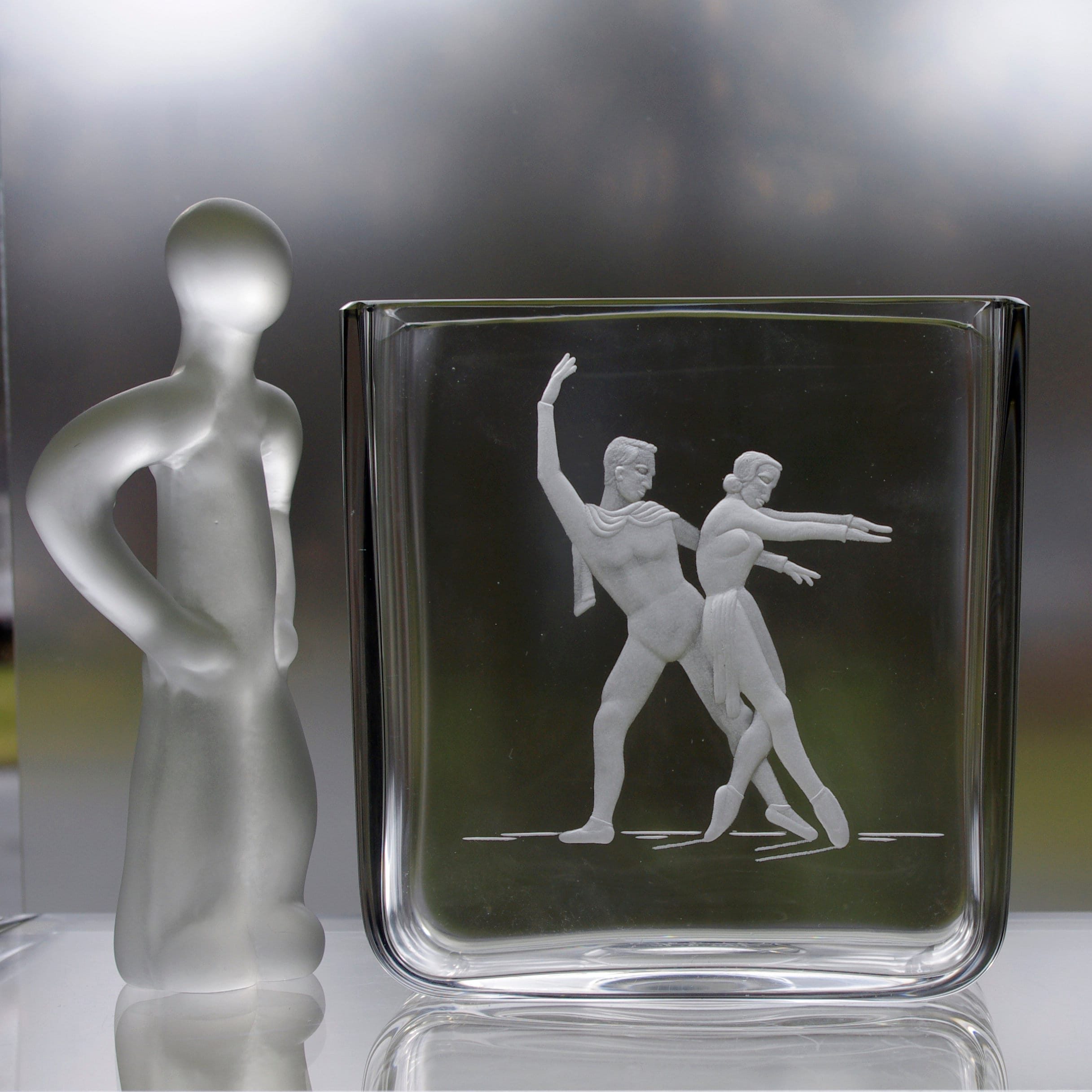 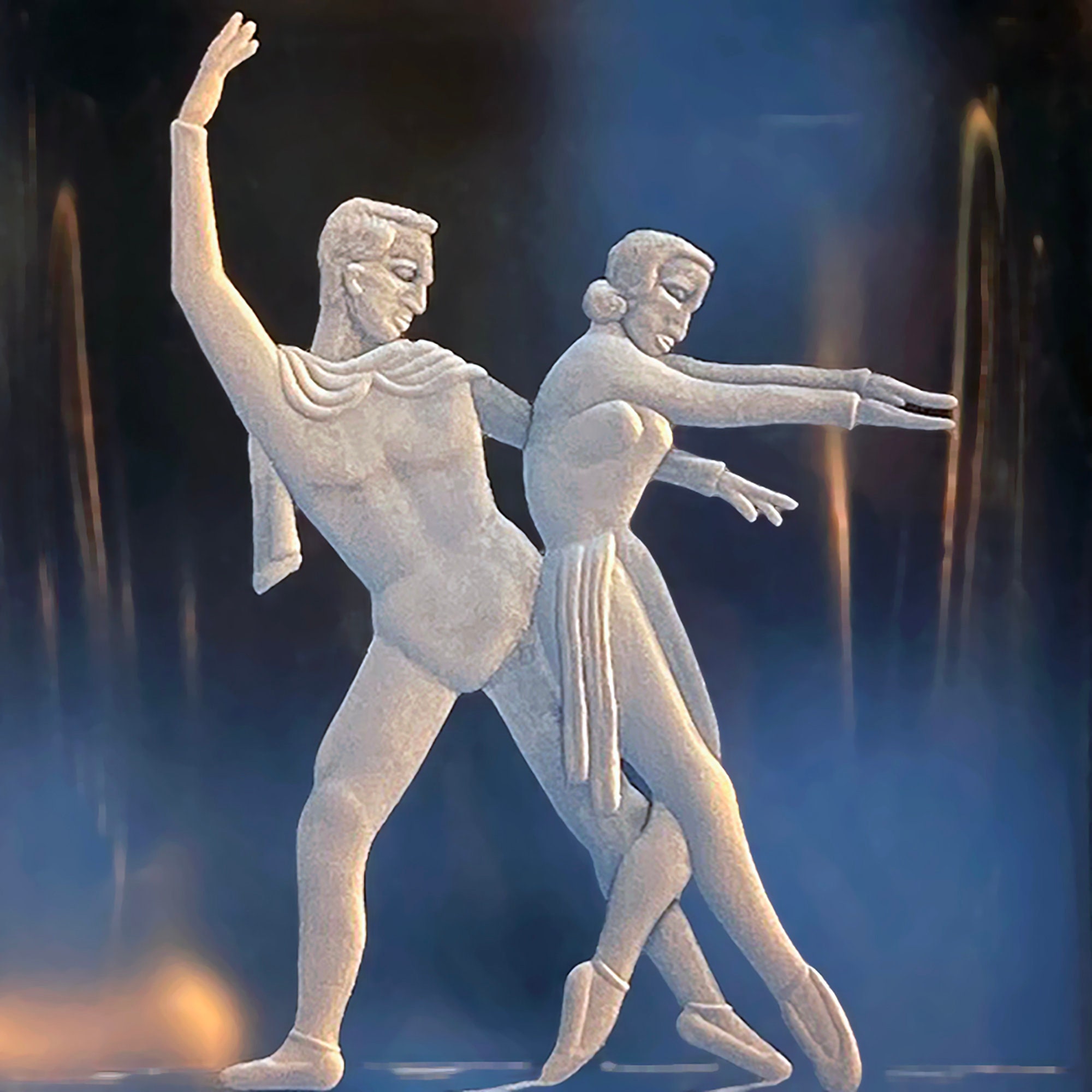 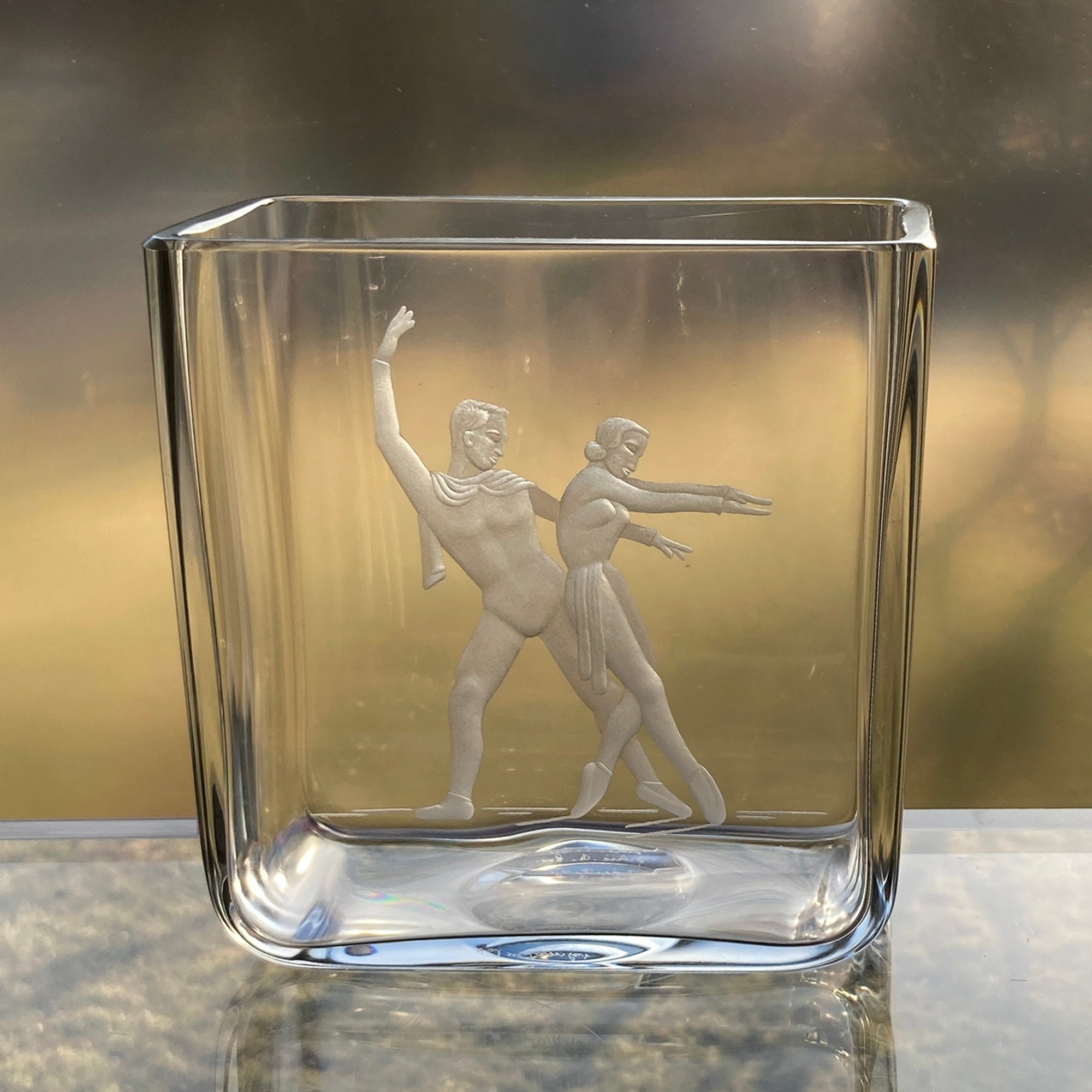 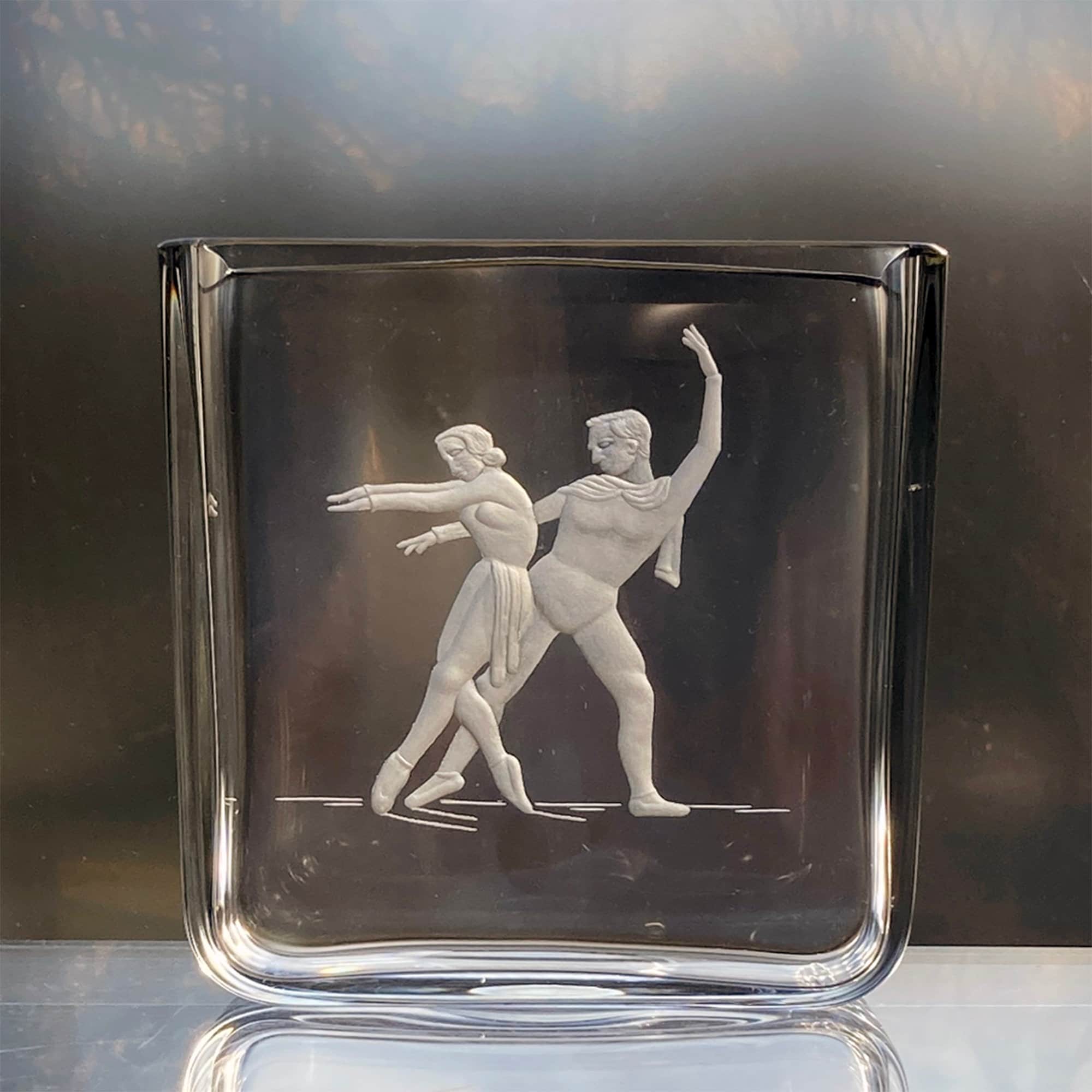 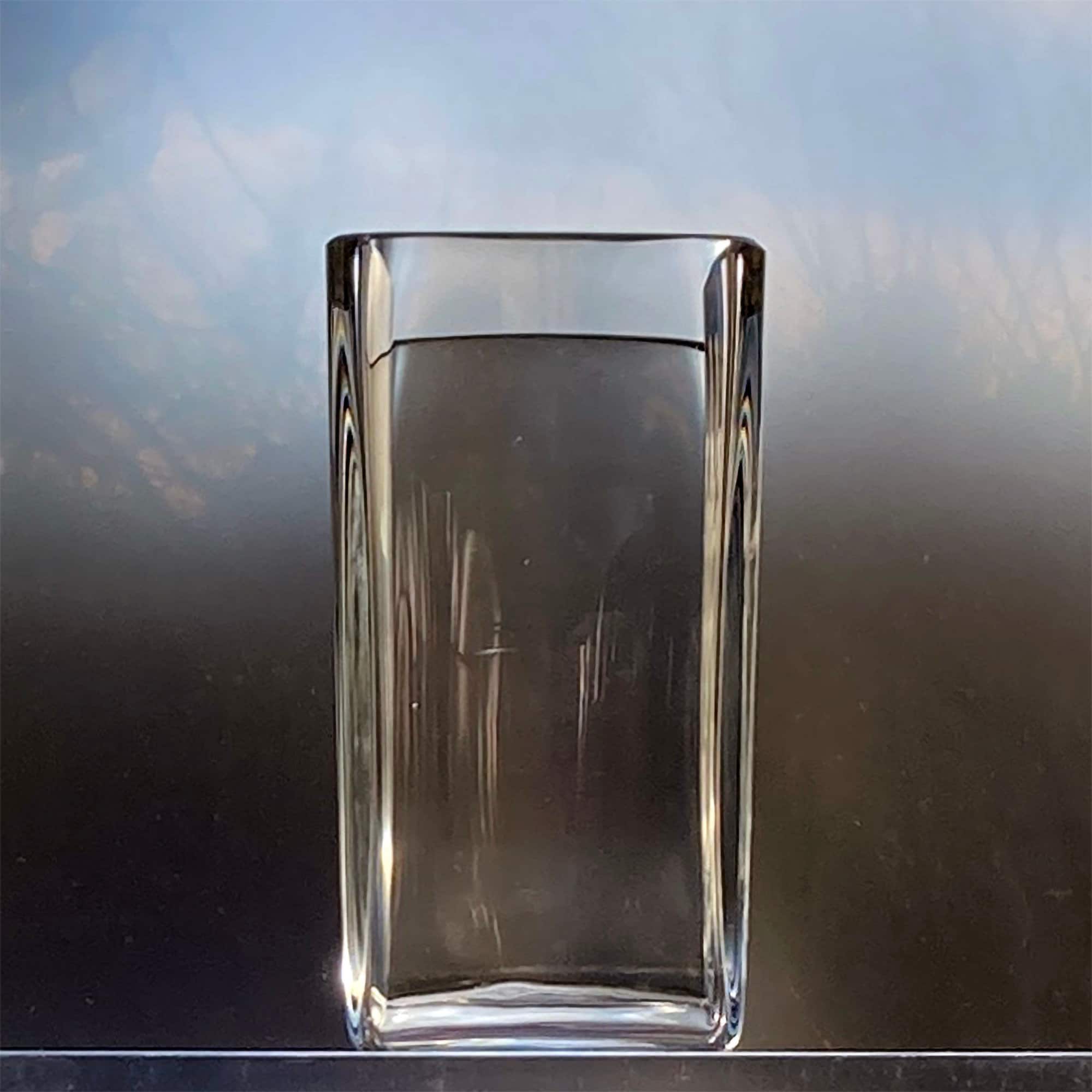 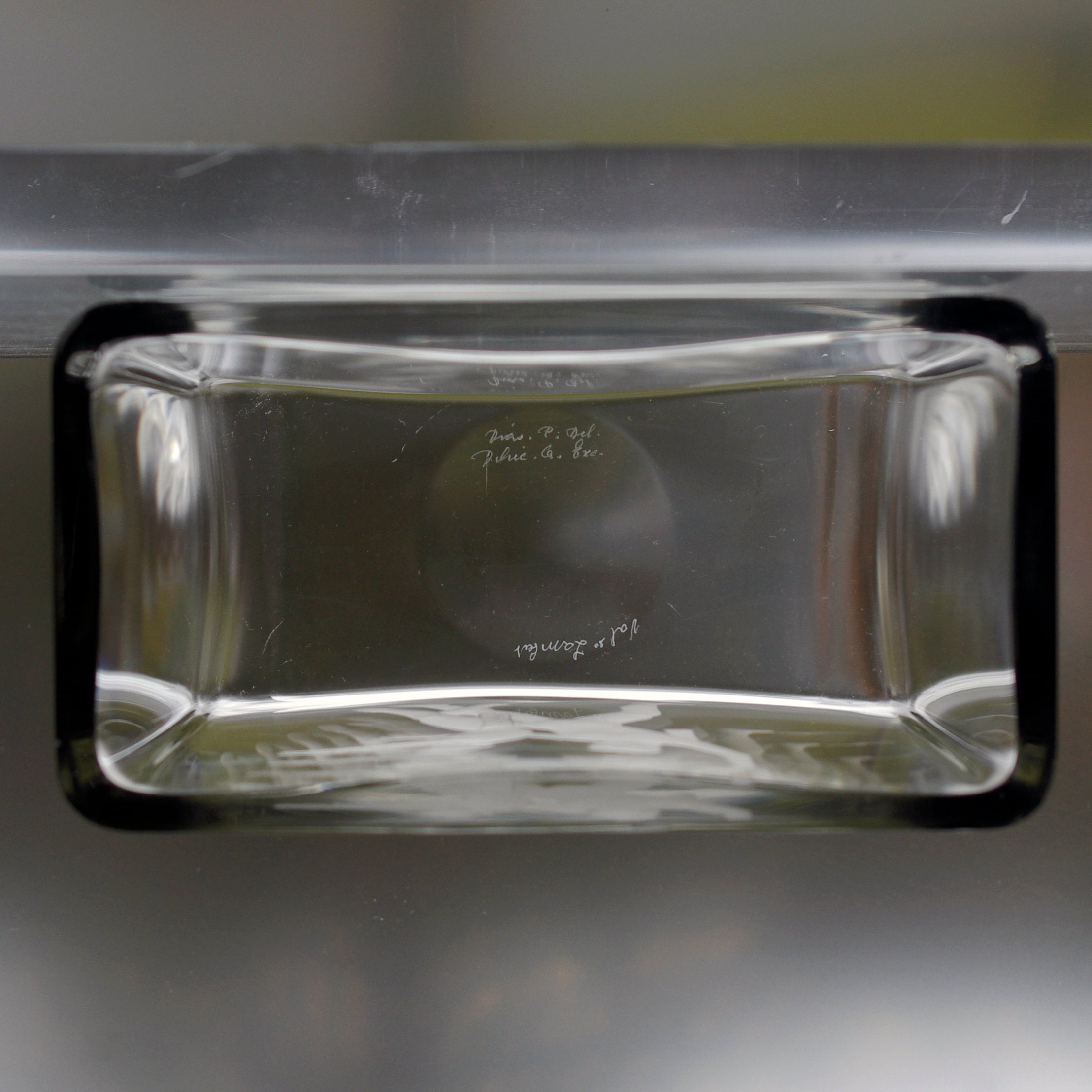 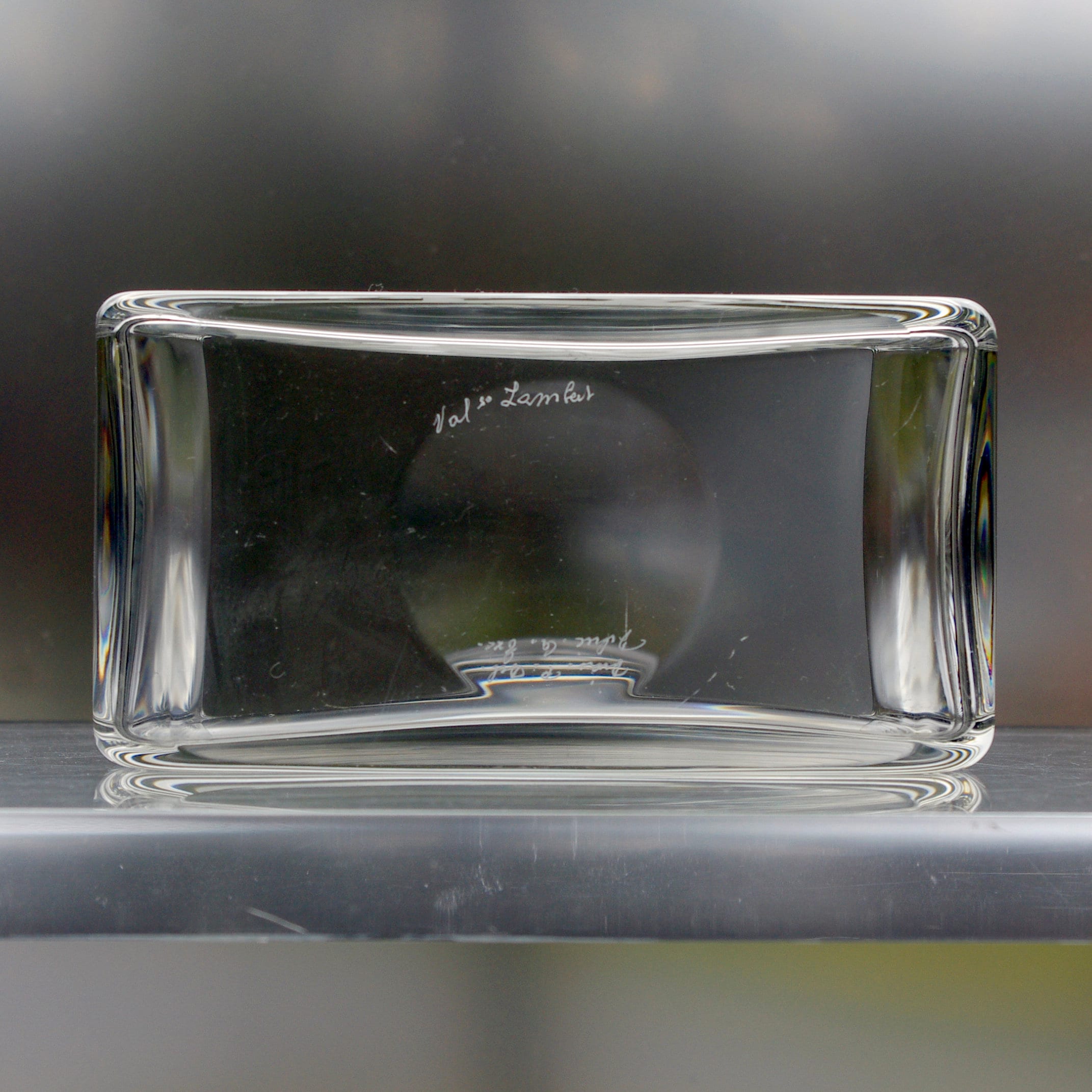 This lovely ballet-themed vase was made by Belgian glass maker, Val Saint Lambert. Likely produced around 1970, the vase is in excellent vintage condition, with no more than a few small scratches. It's a square vase, measuring 6.5" x 6.5" on its face, and 4" deep, and it weighs about 4.25 pounds. The engraving depicts a man and a woman, dancing a ballet. Signed by designer and engraver, this special vase would make a spectacular gift or an exquisite addition to your own collection.

Val Saint Lambert was founded in the abandoned Val-Saint-Lambert Abbey by a chemist, M. Kemlin, who had previously worked for the Vonêche crystal works in the Ardennes. Val Saint Lambert is well known for its Art Nouveau and Art Deco pieces.