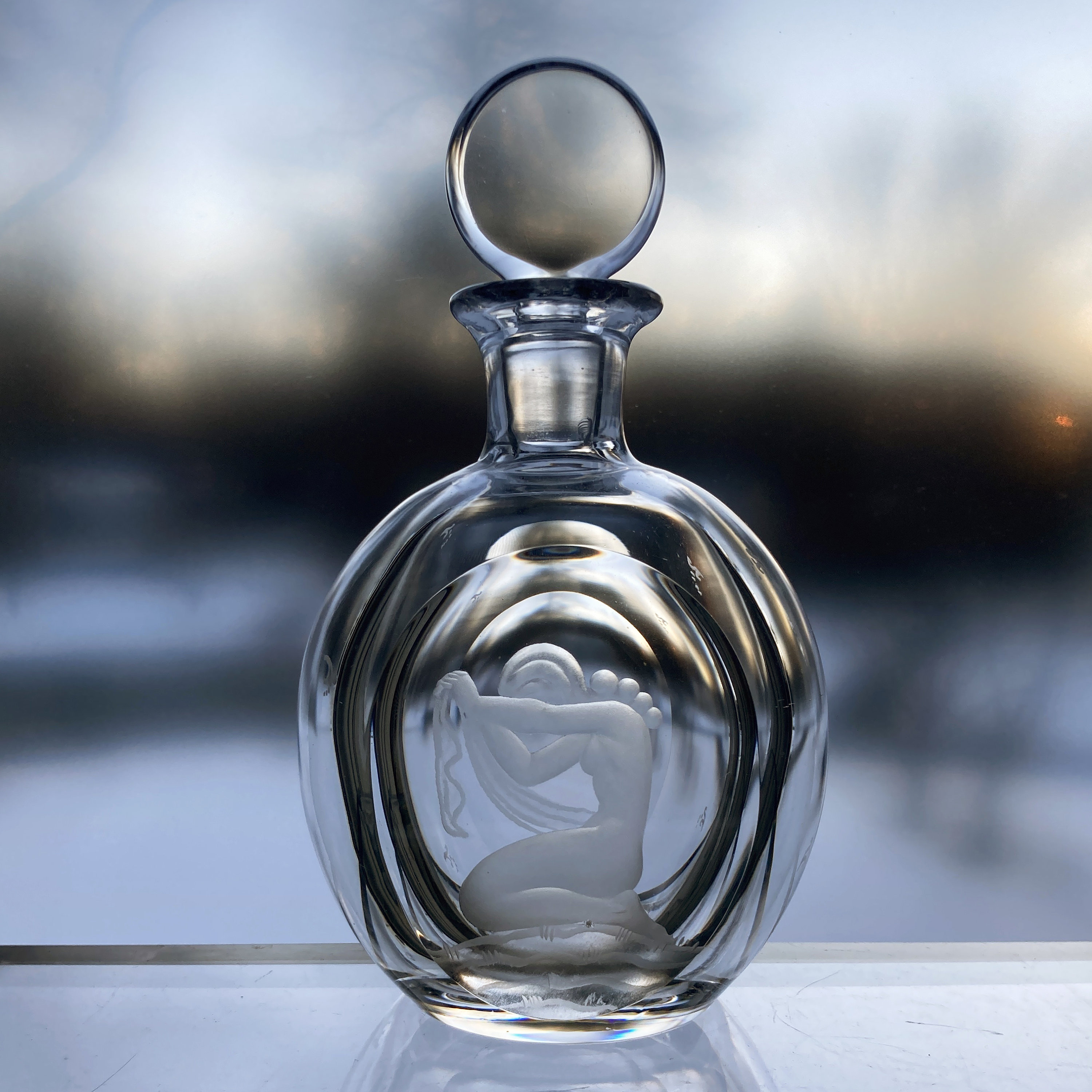 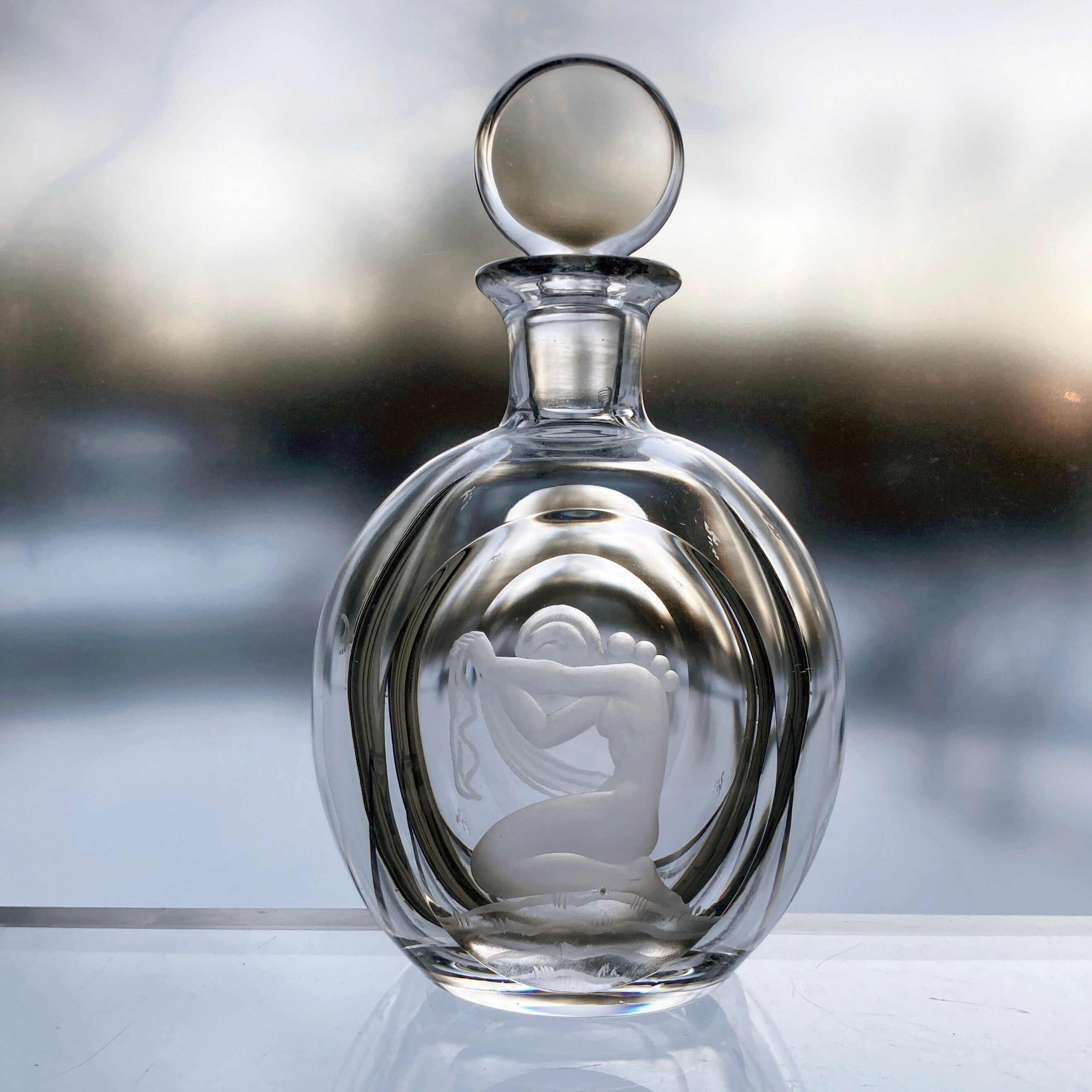 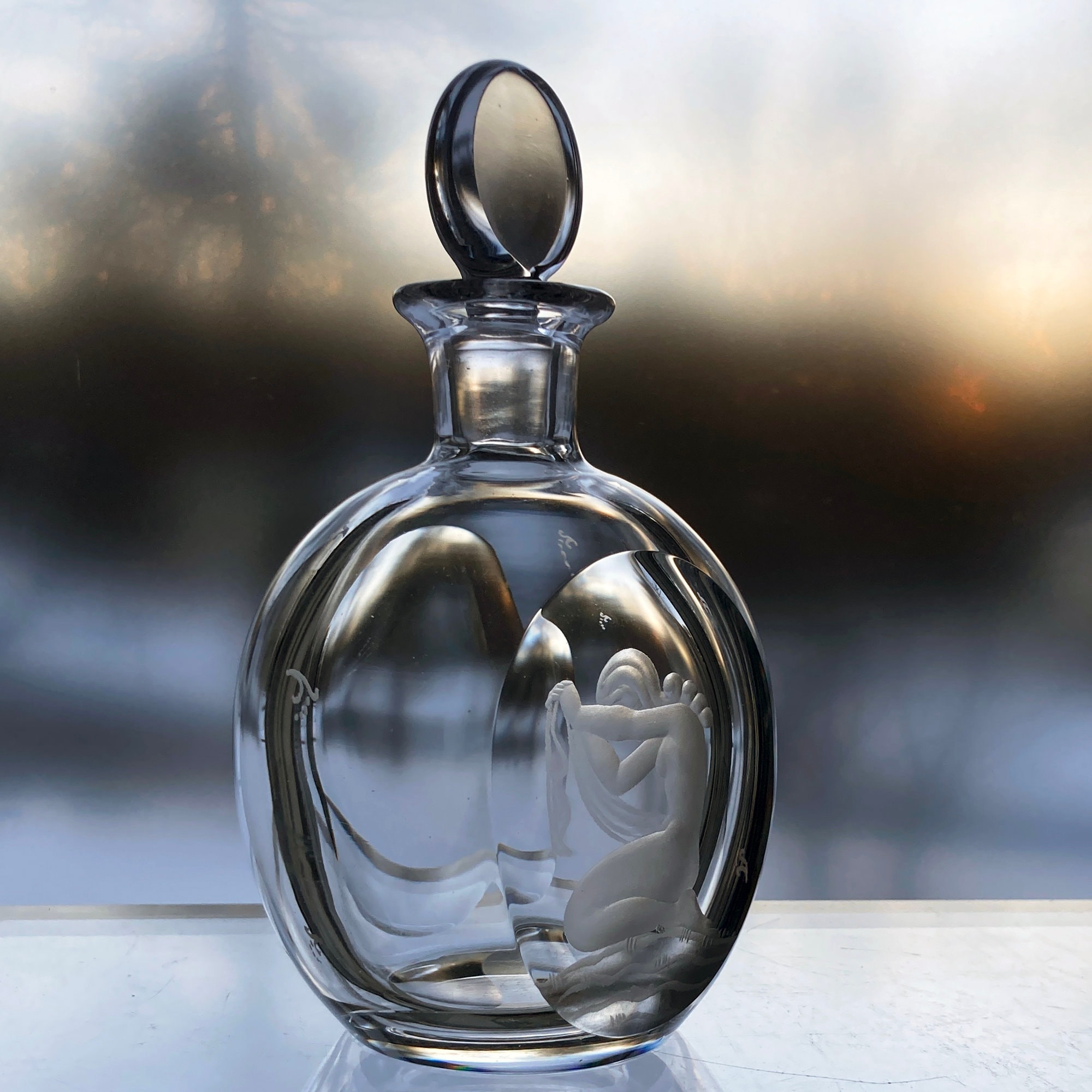 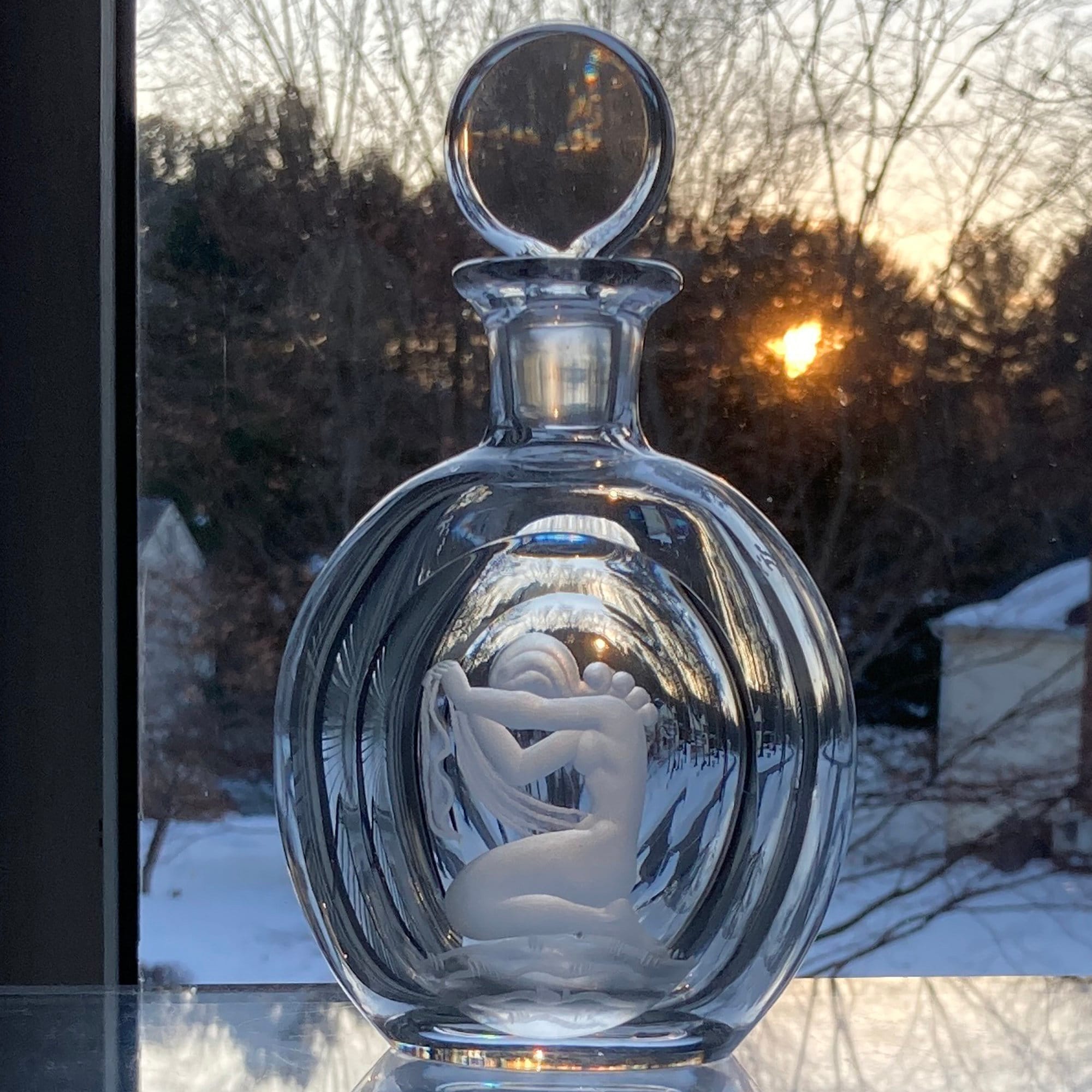 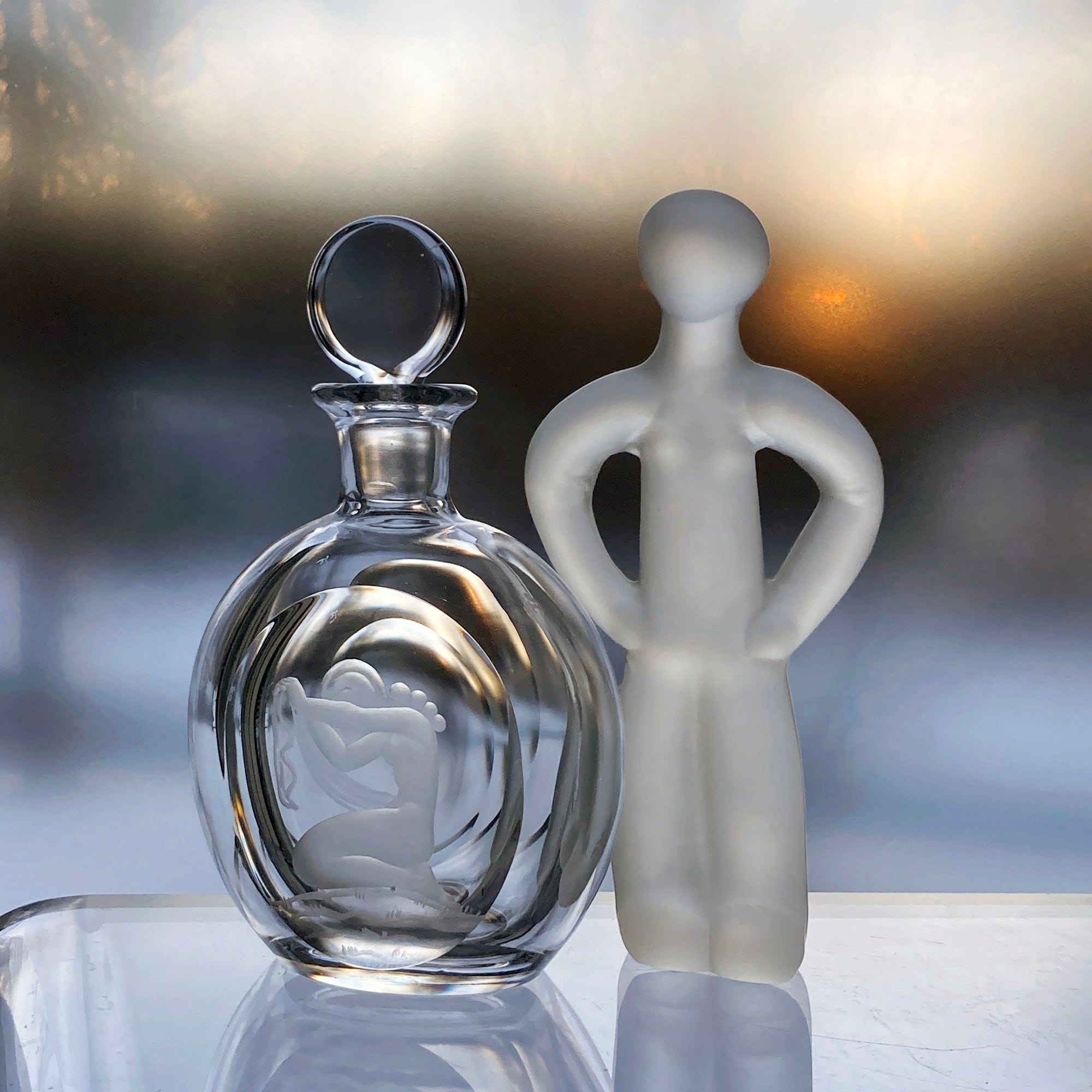 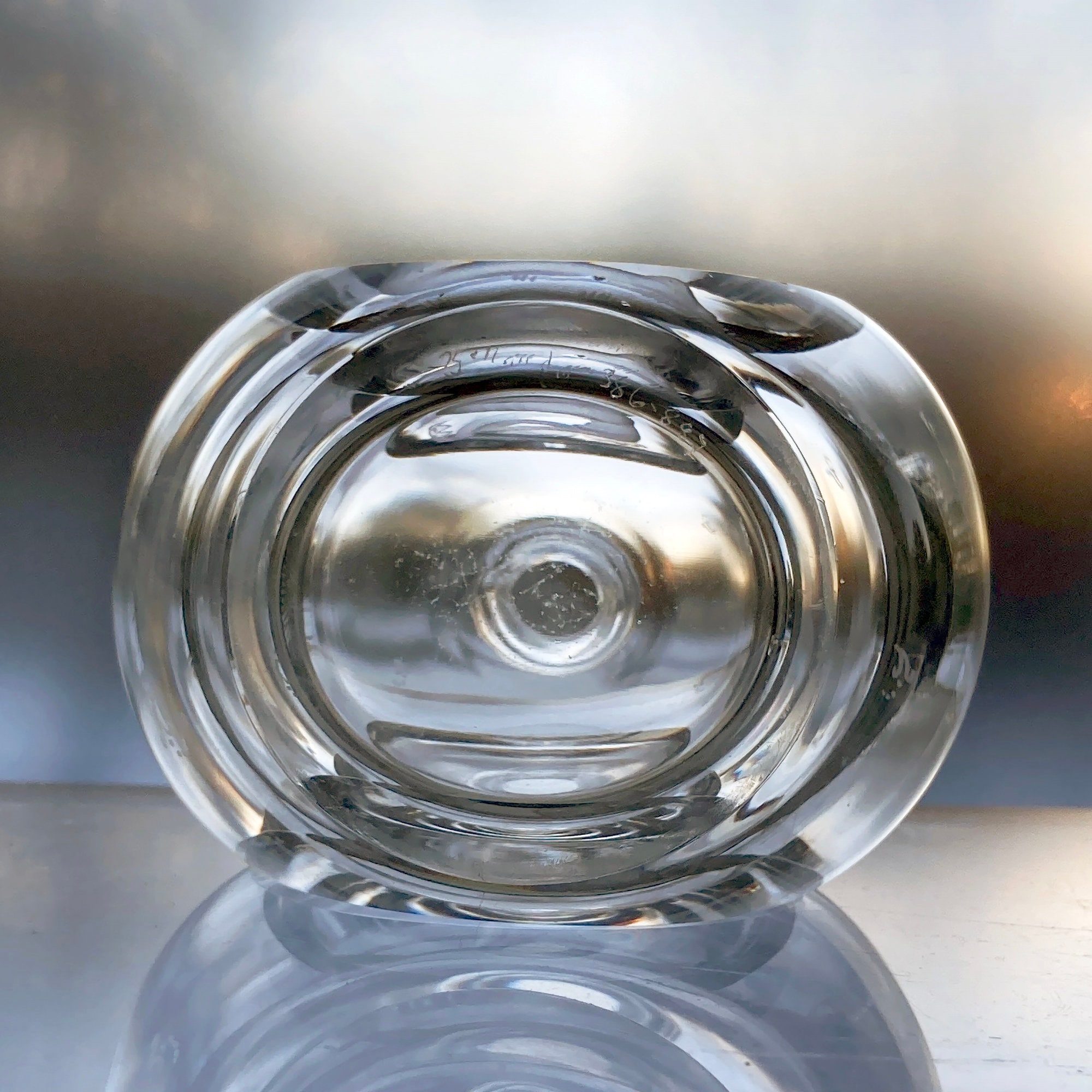 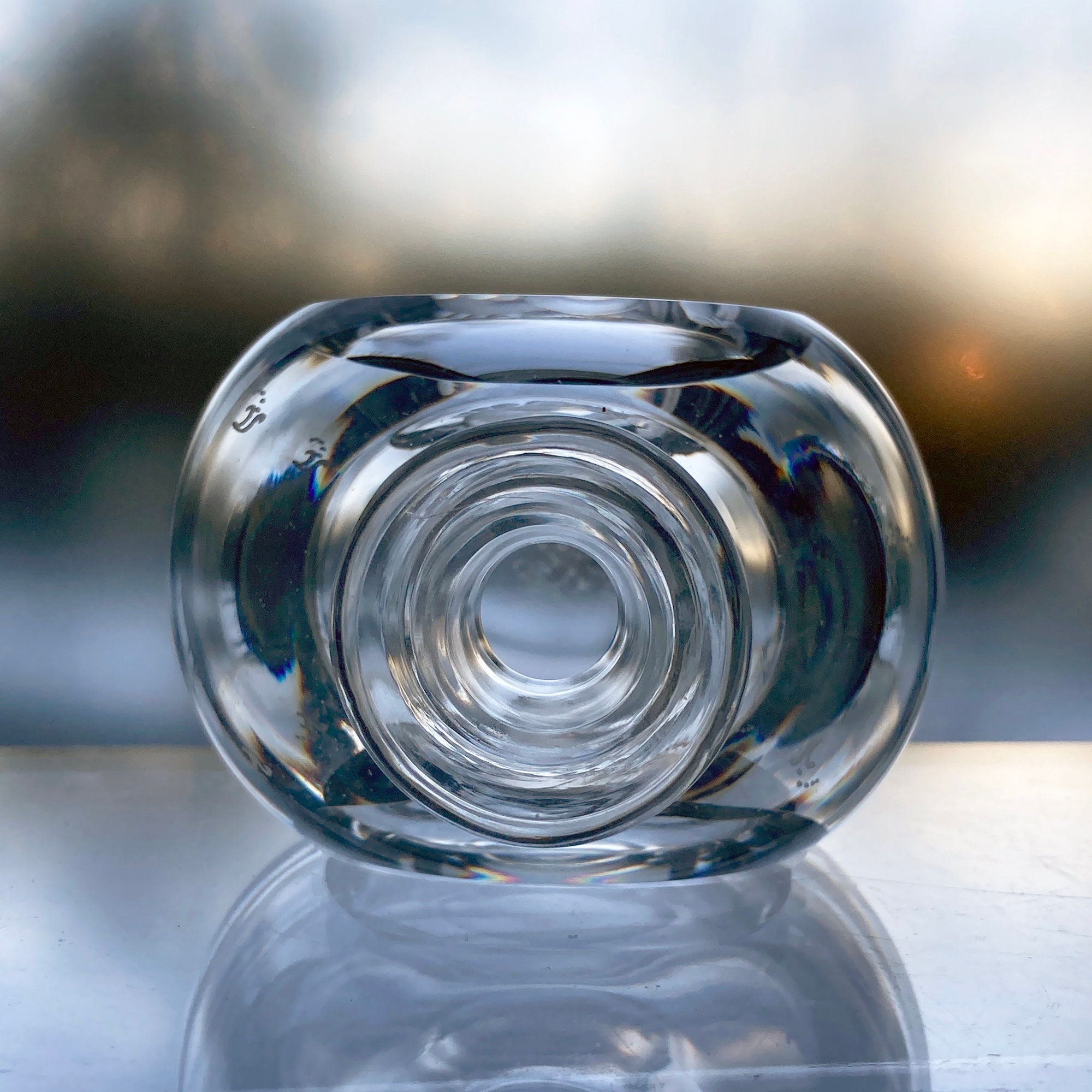 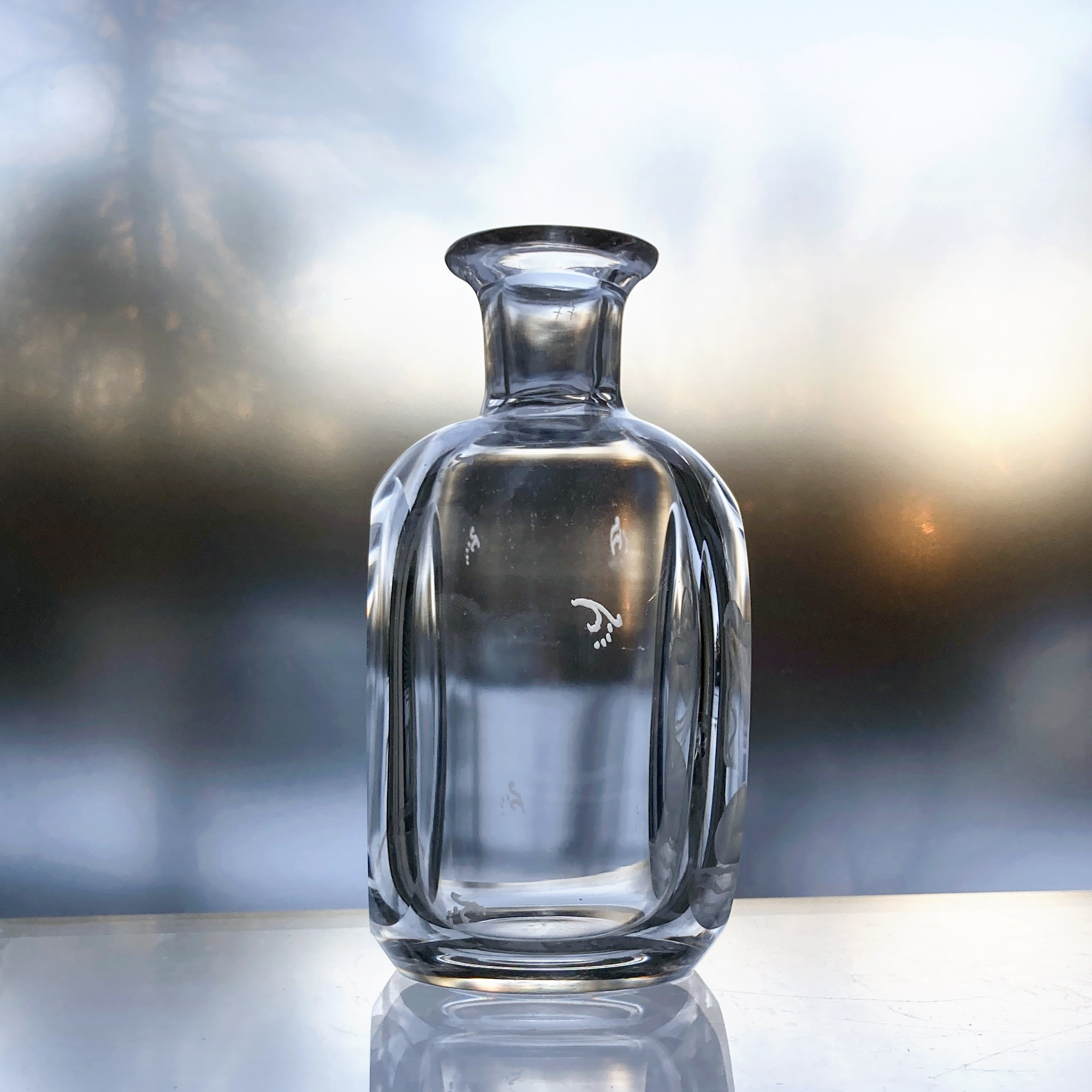 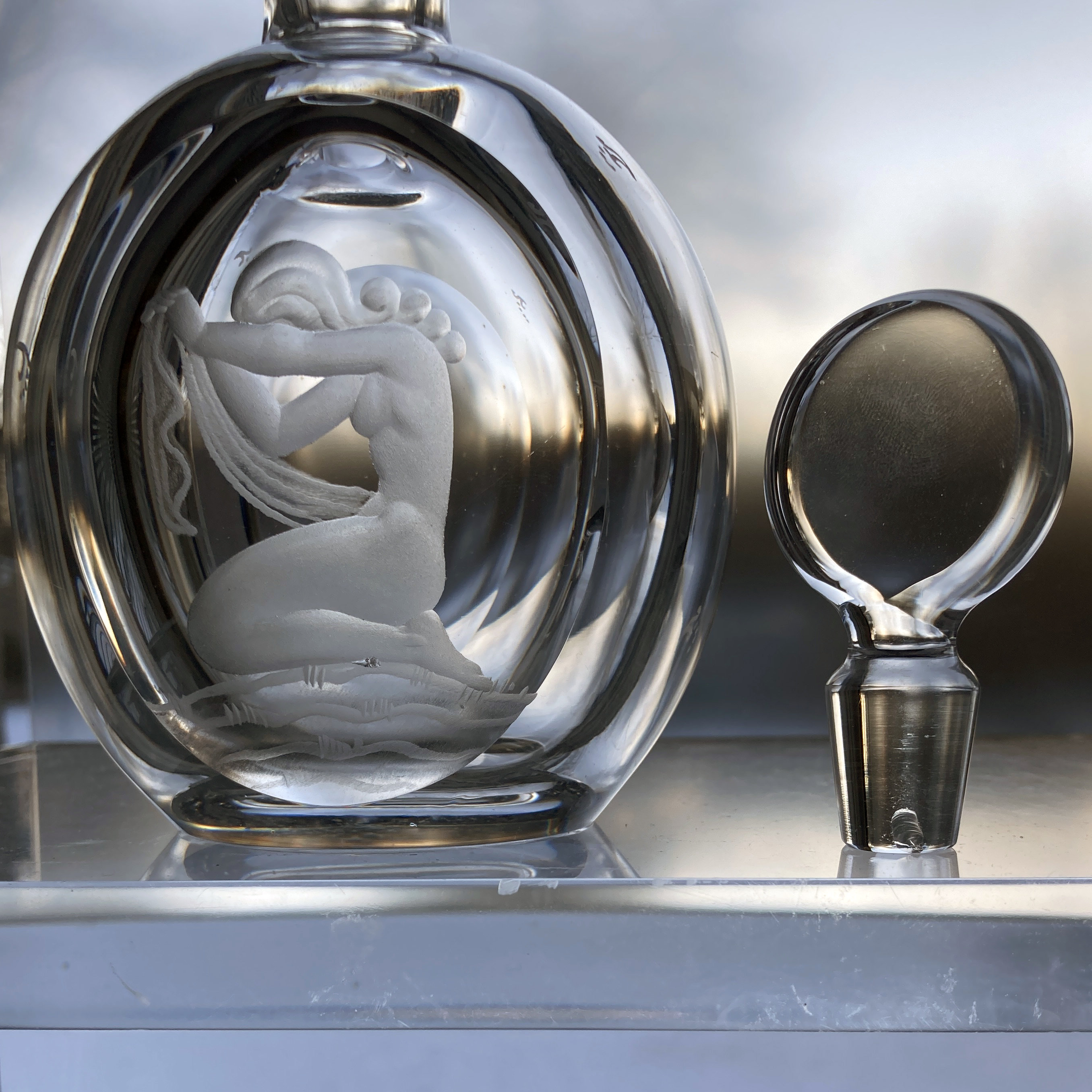 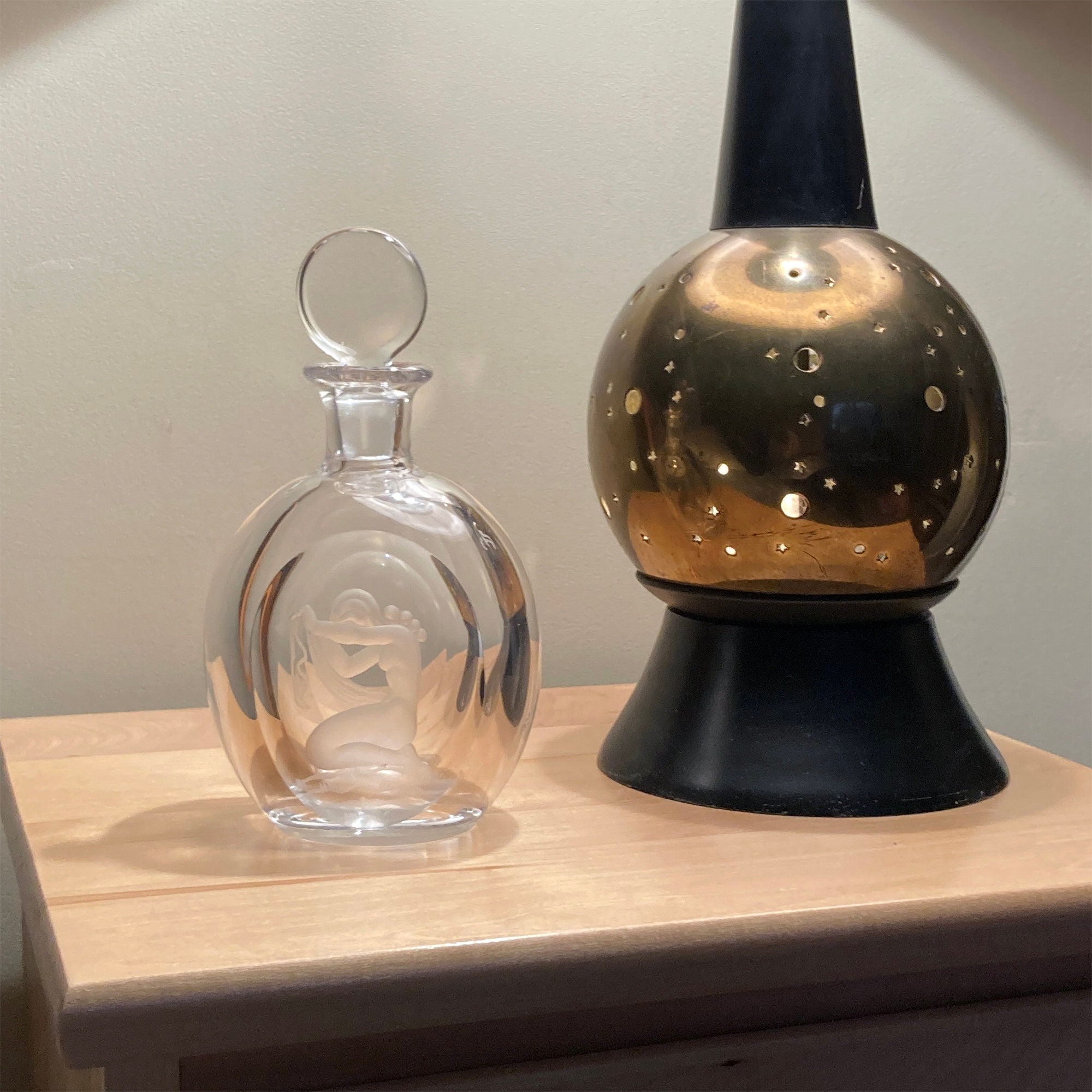 This beautiful perfume bottle, or flacon, is another example of masterfully engraved crystal from the Kjellander family of Sweden. The bottle is about seven inches tall, and it weighs nearly 2 pounds. It has a very small chip on the stopper and a little ding on the bottom of the woman's leg. Nonetheless, it is a stunning piece, certain to add charm and sparkle to a special spot in your home.