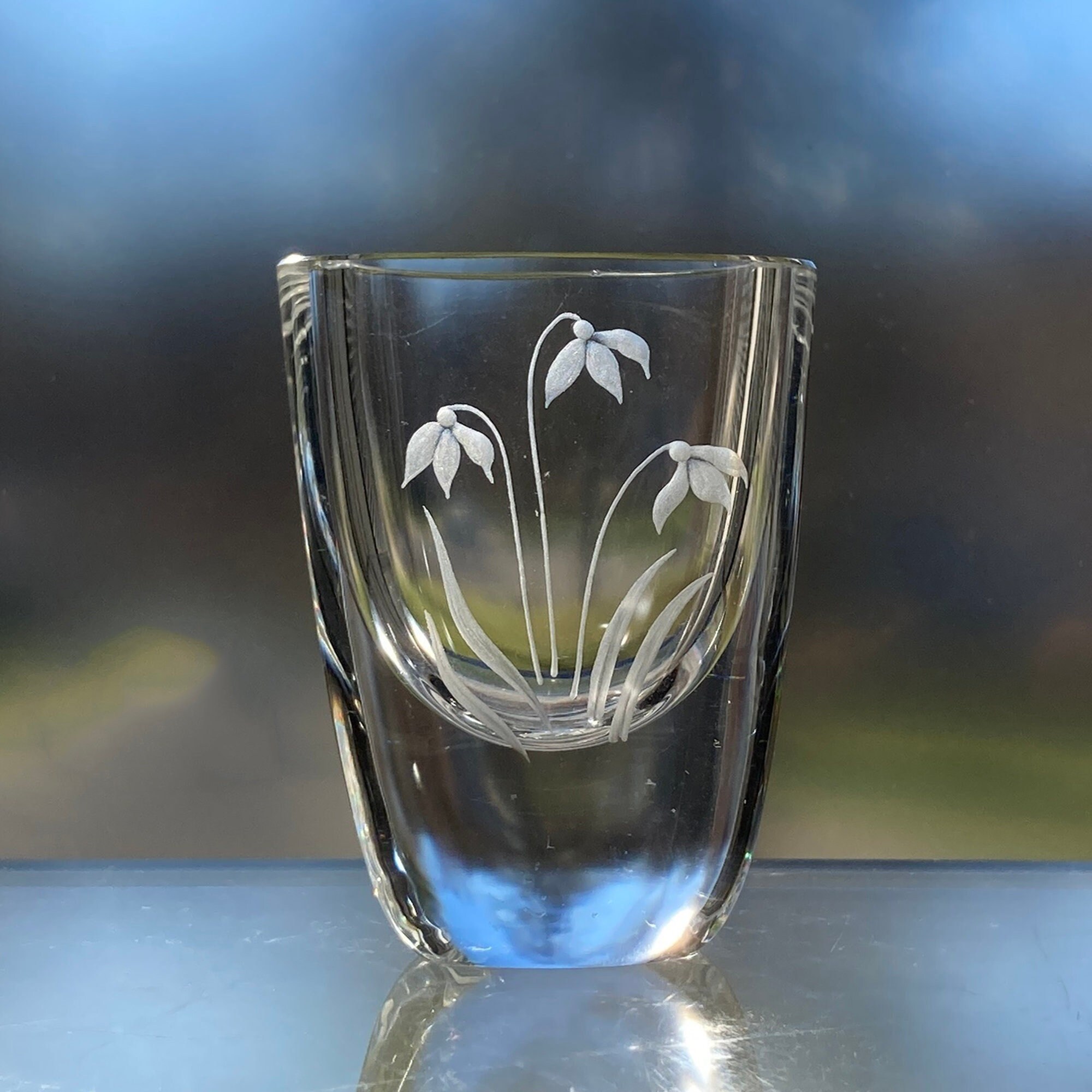 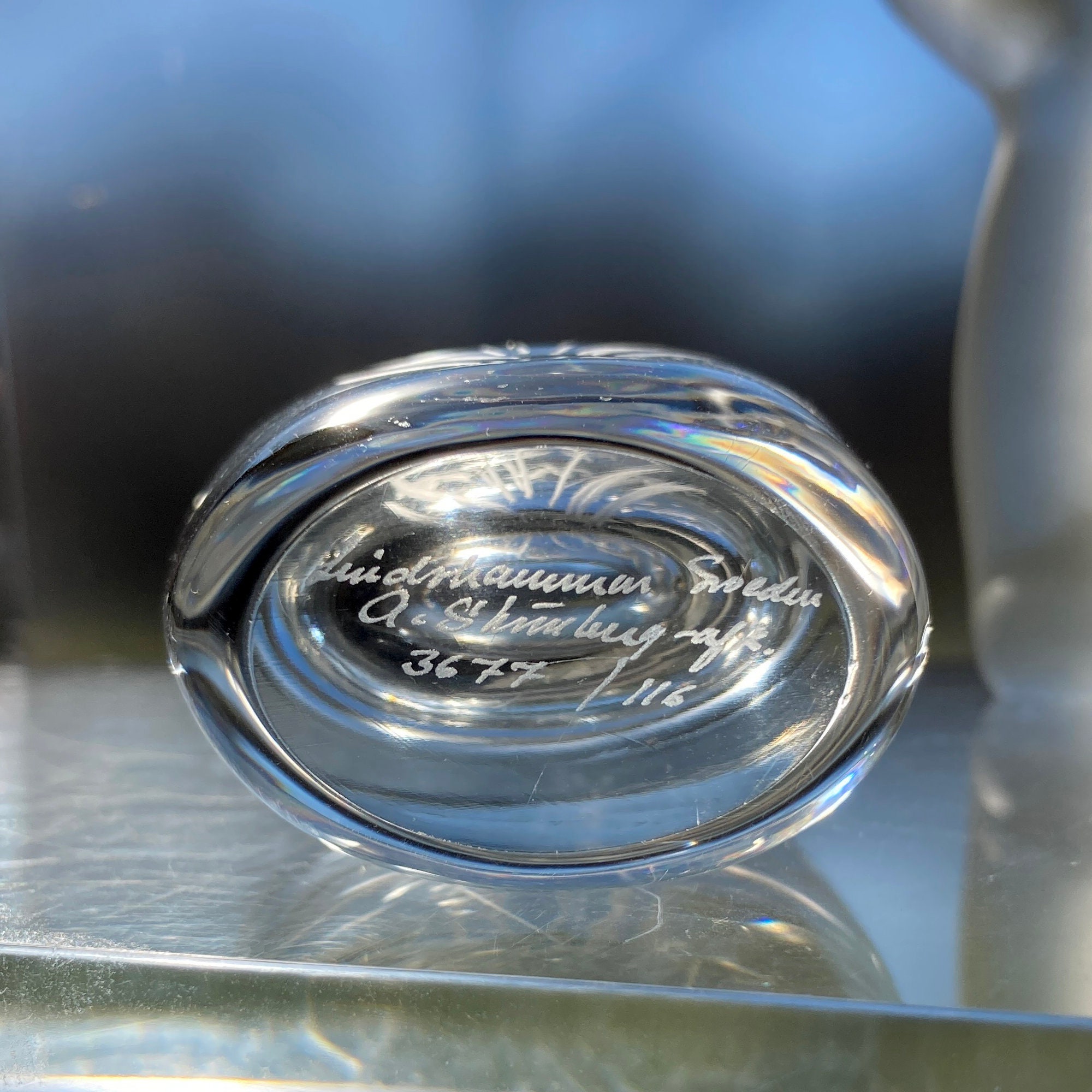 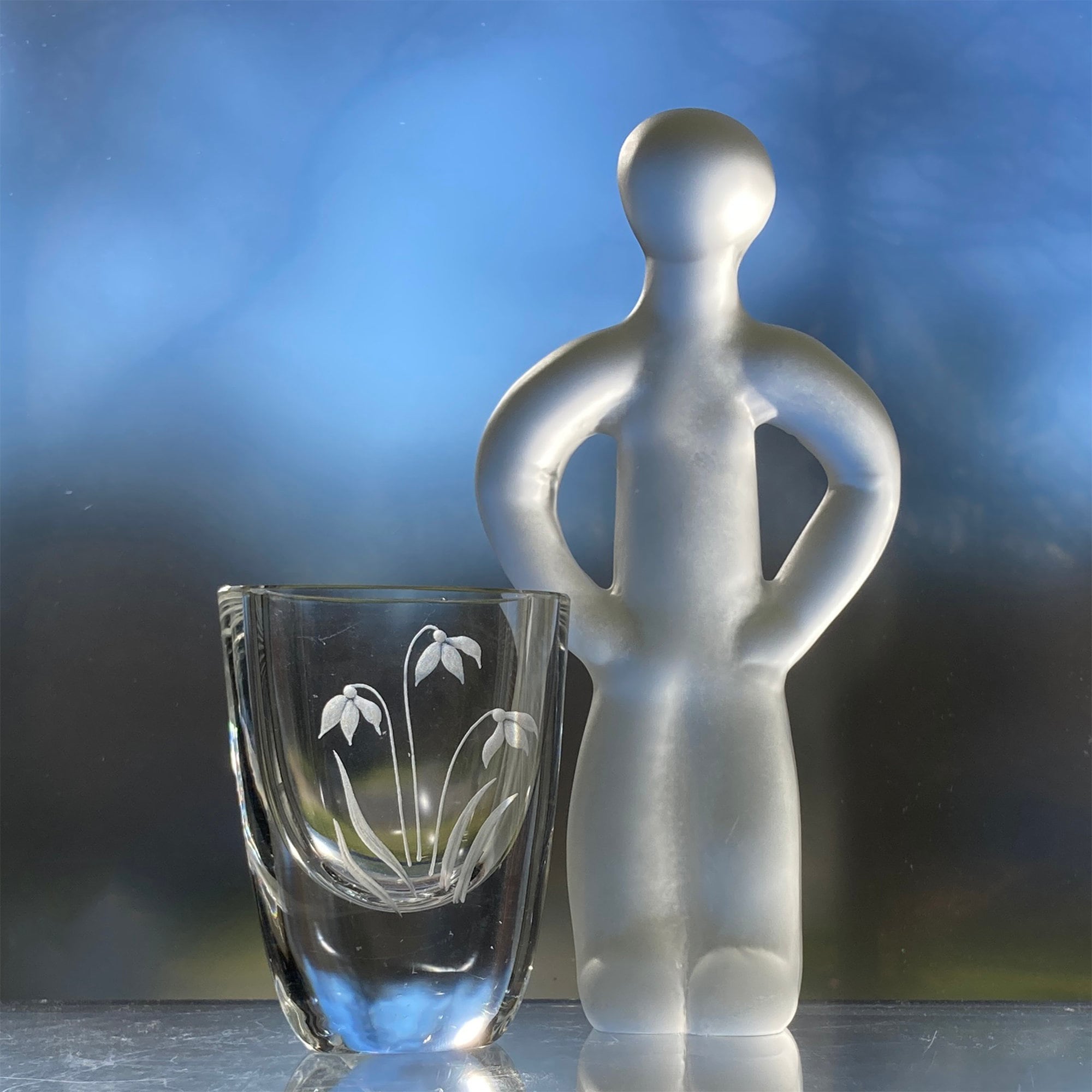 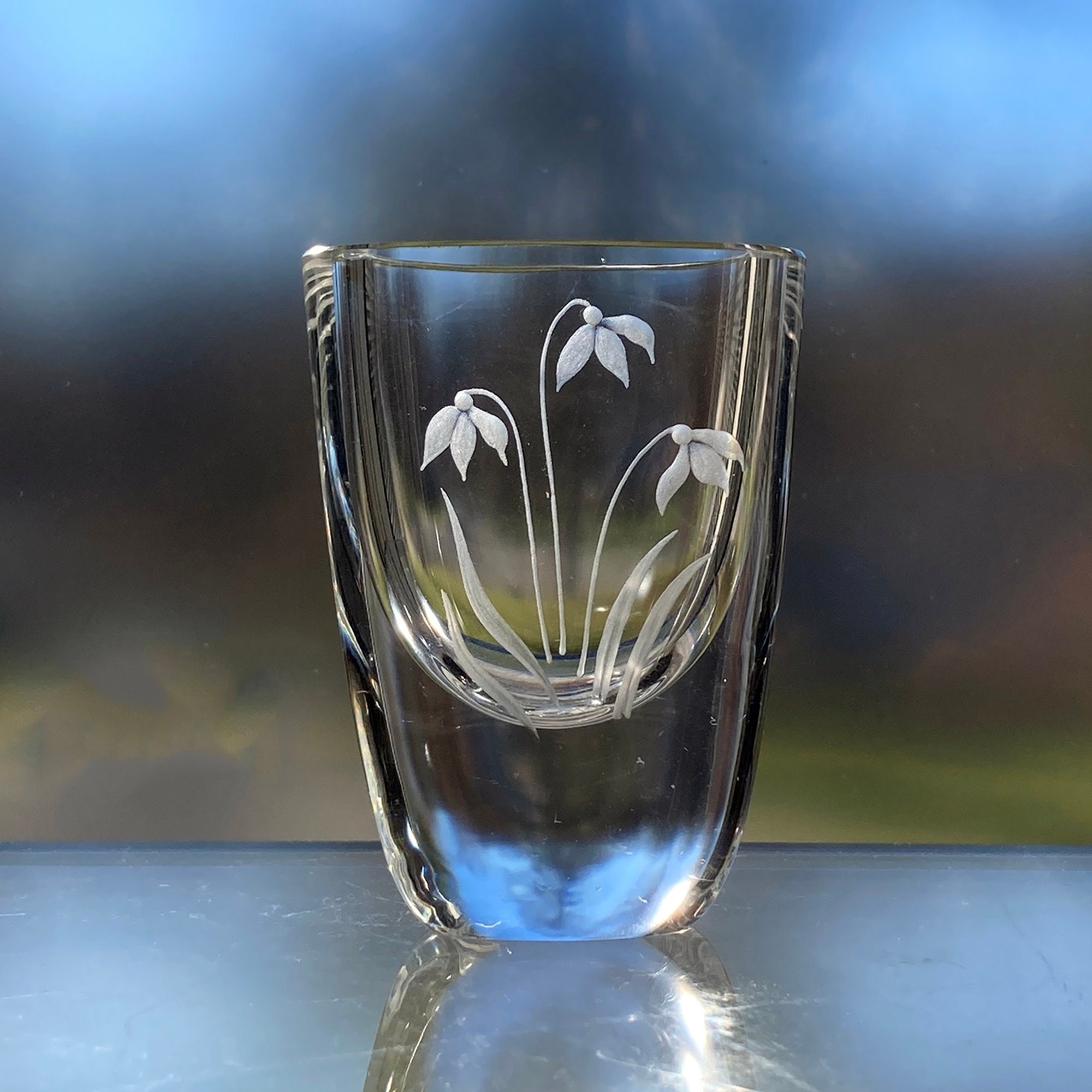 This charming Swedish crystal miniature vase was designed by Asta Strömberg for Lindshammar in the 1980s. It is handmade, and it's 3.5 inches tall.

Lindshammar was one of many glassworks in Sweden during the twentieth century. They opened in 1905, in a town with the same name, in the heart of the Swedish, "Kingdom of Crystal." This area of fine forests, clean sand, and strong rivers - everything needed to make premium glass - was home to many famous glass companies, including Orrefors and Kosta.

Asta Strömberg (1916–2011) was one of Sweden’s leading glass artists in the 20th century. She worked for the Strömbergshyttan glassworks in the 1940s–1970s. Asta was a prominent designer of thick-walled art glass with geometrical shapes and classical expressions. Her artistry is represented at the Swedish National Museum of Art and Design.