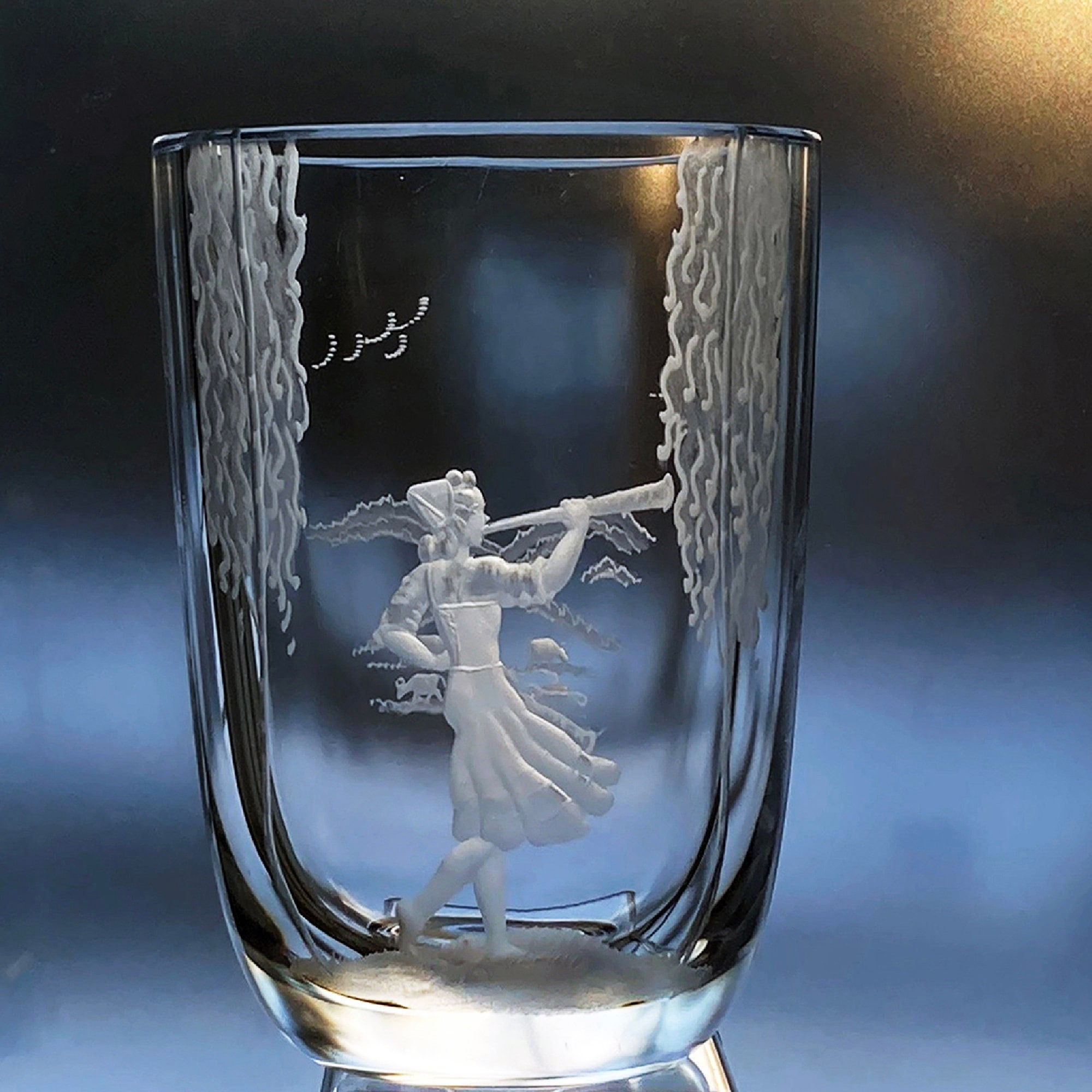 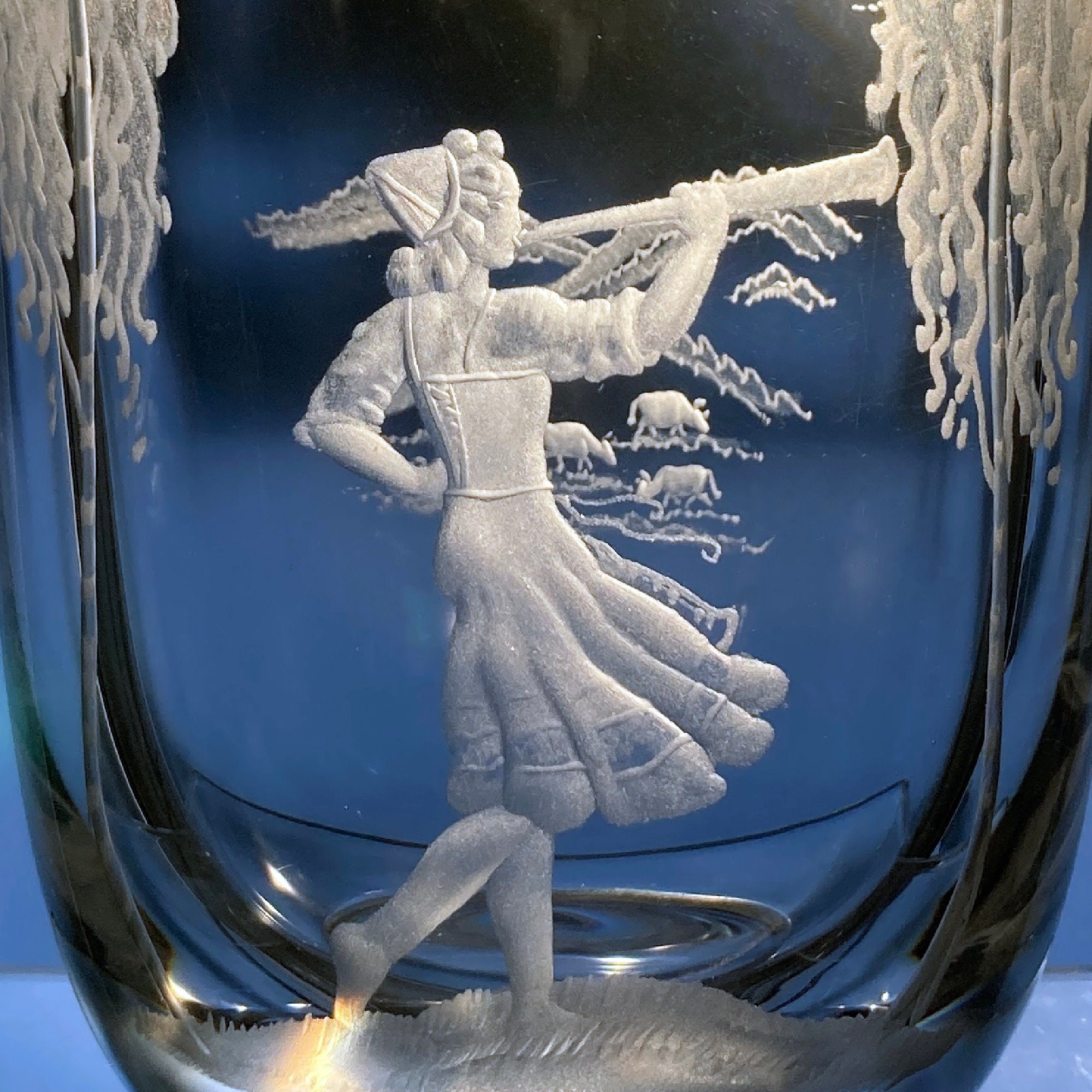 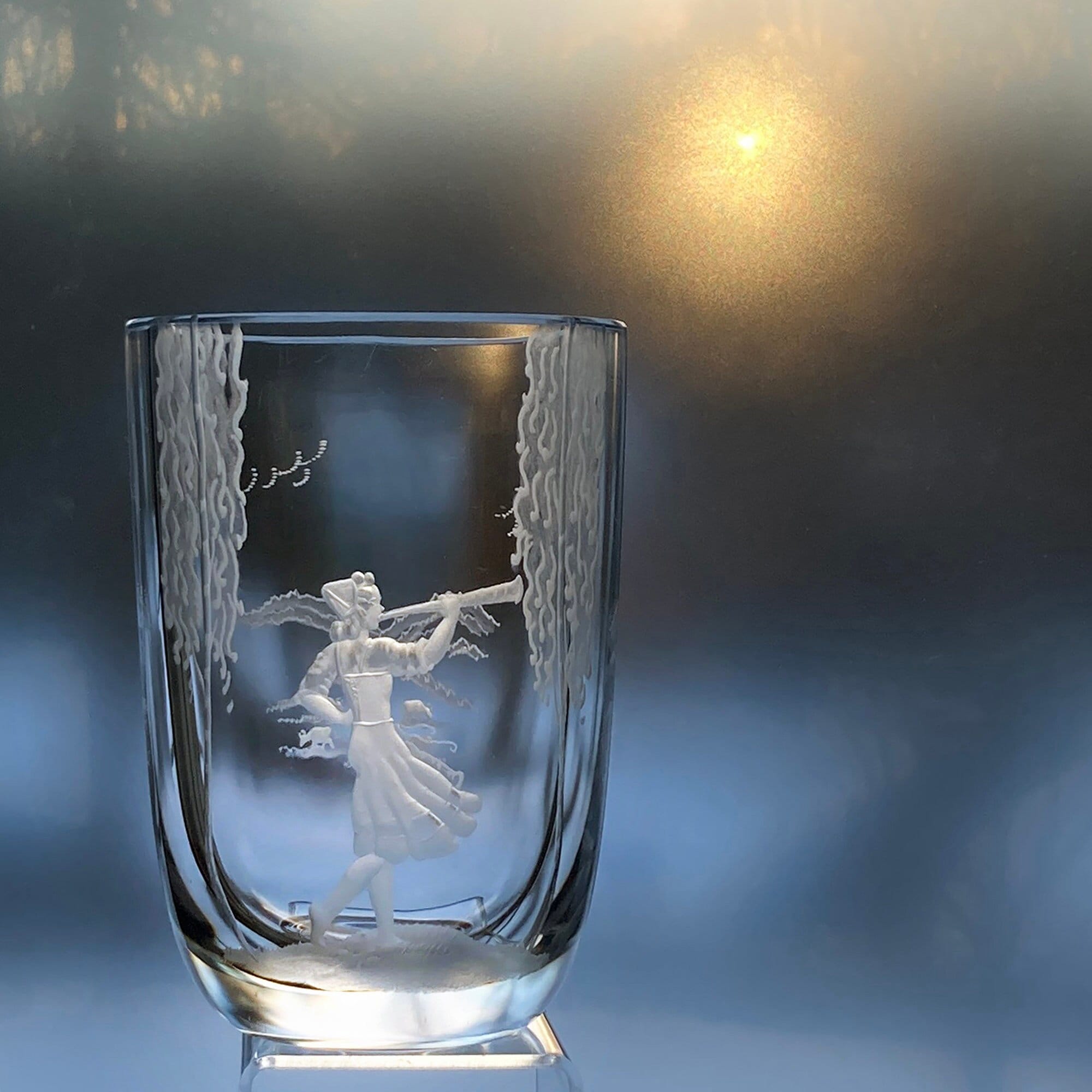 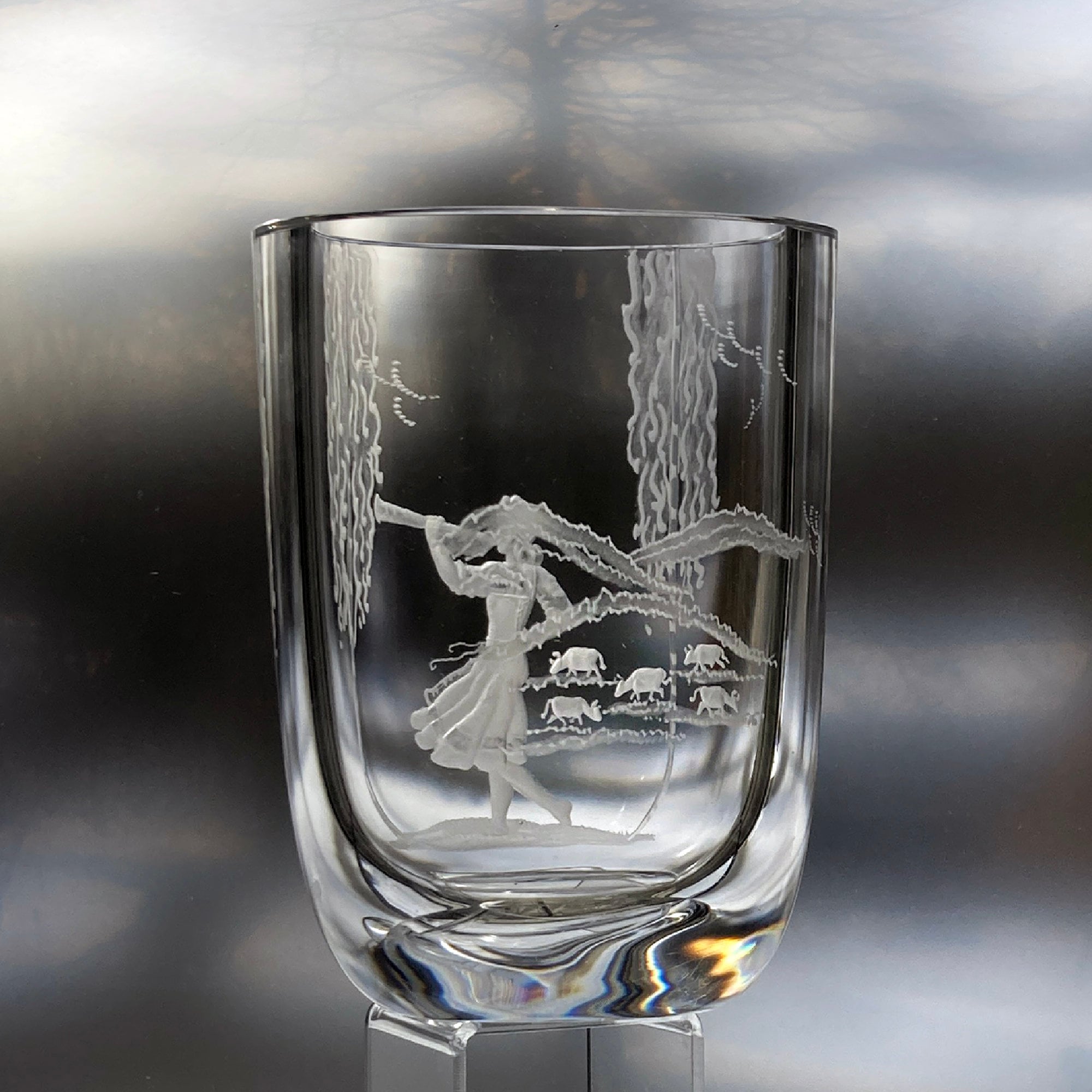 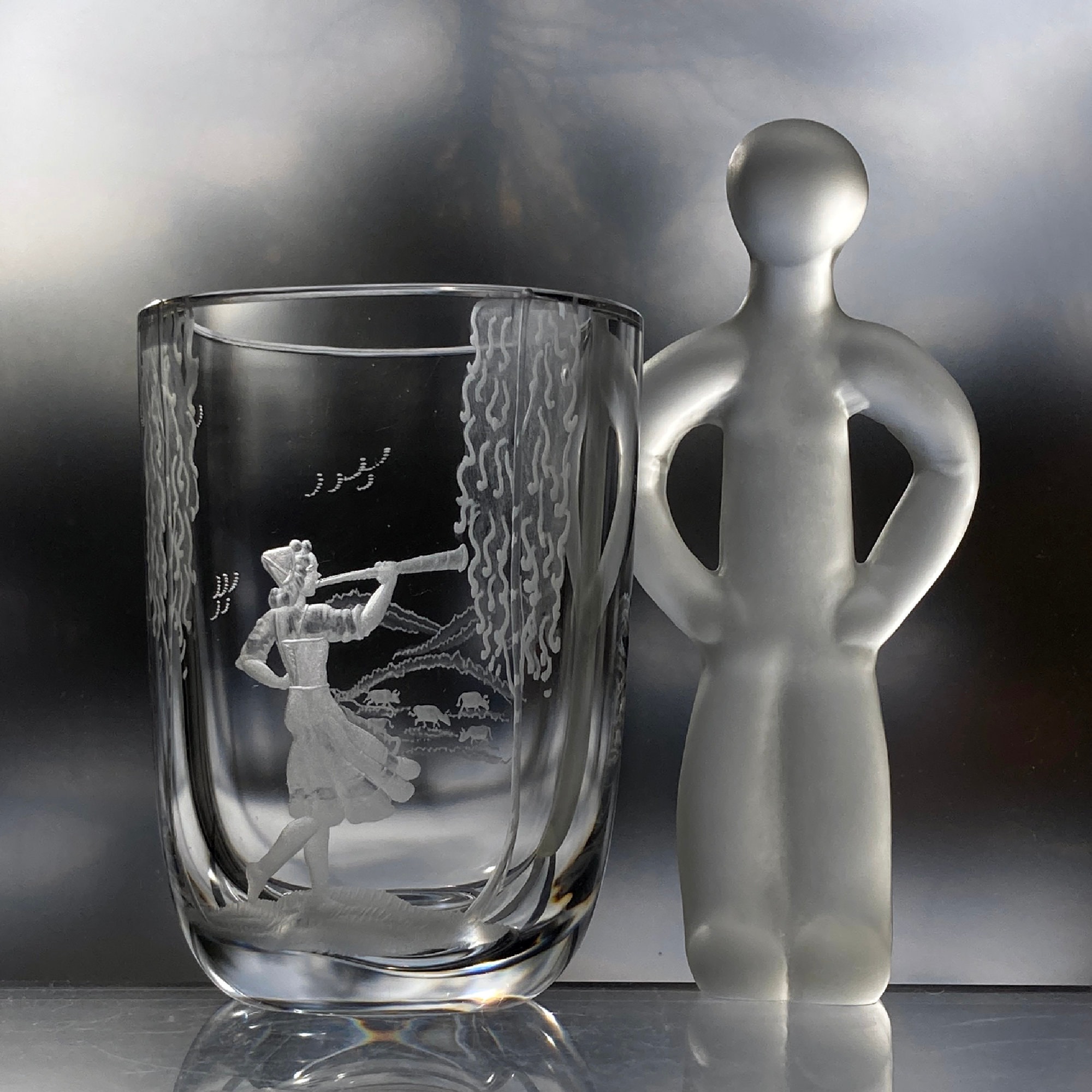 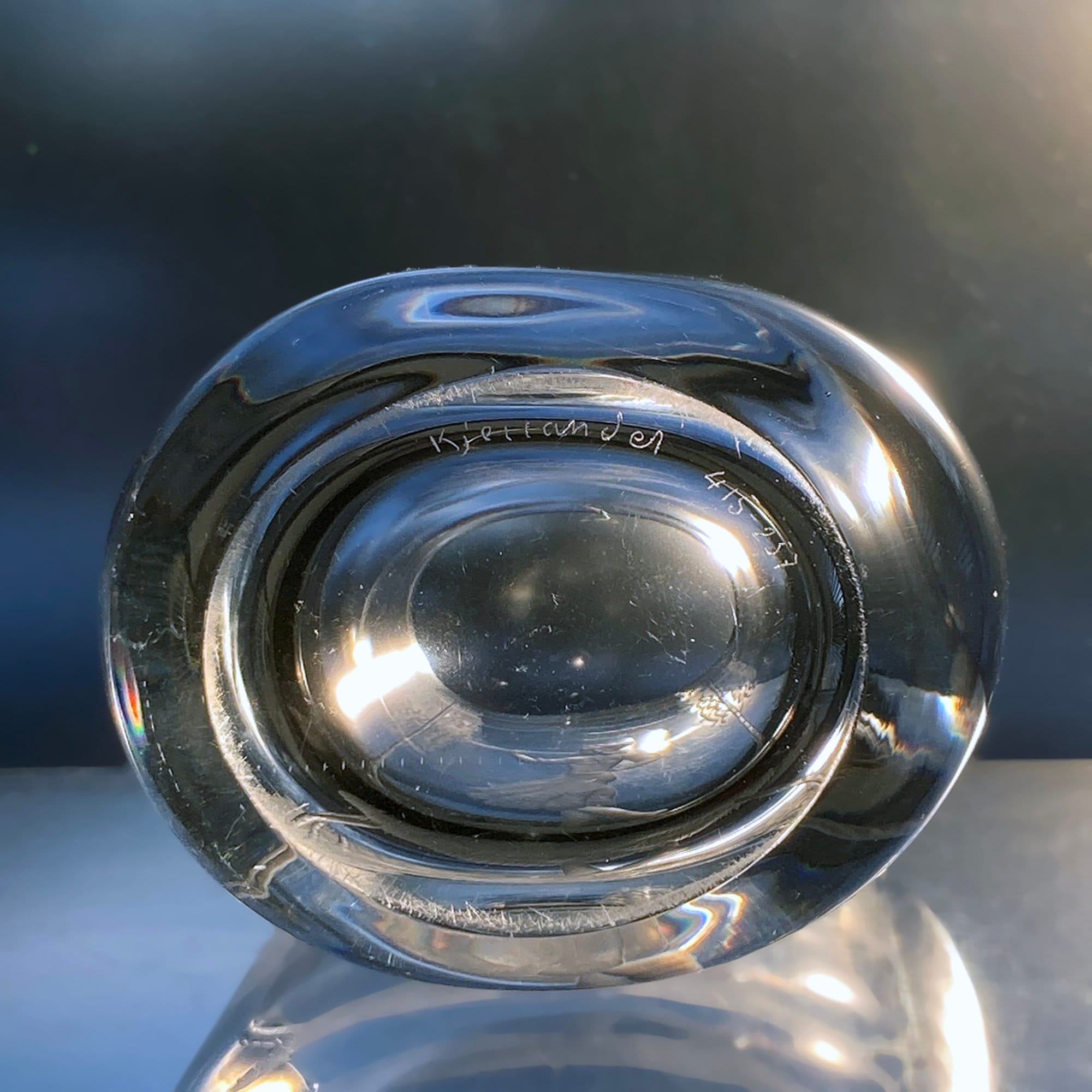 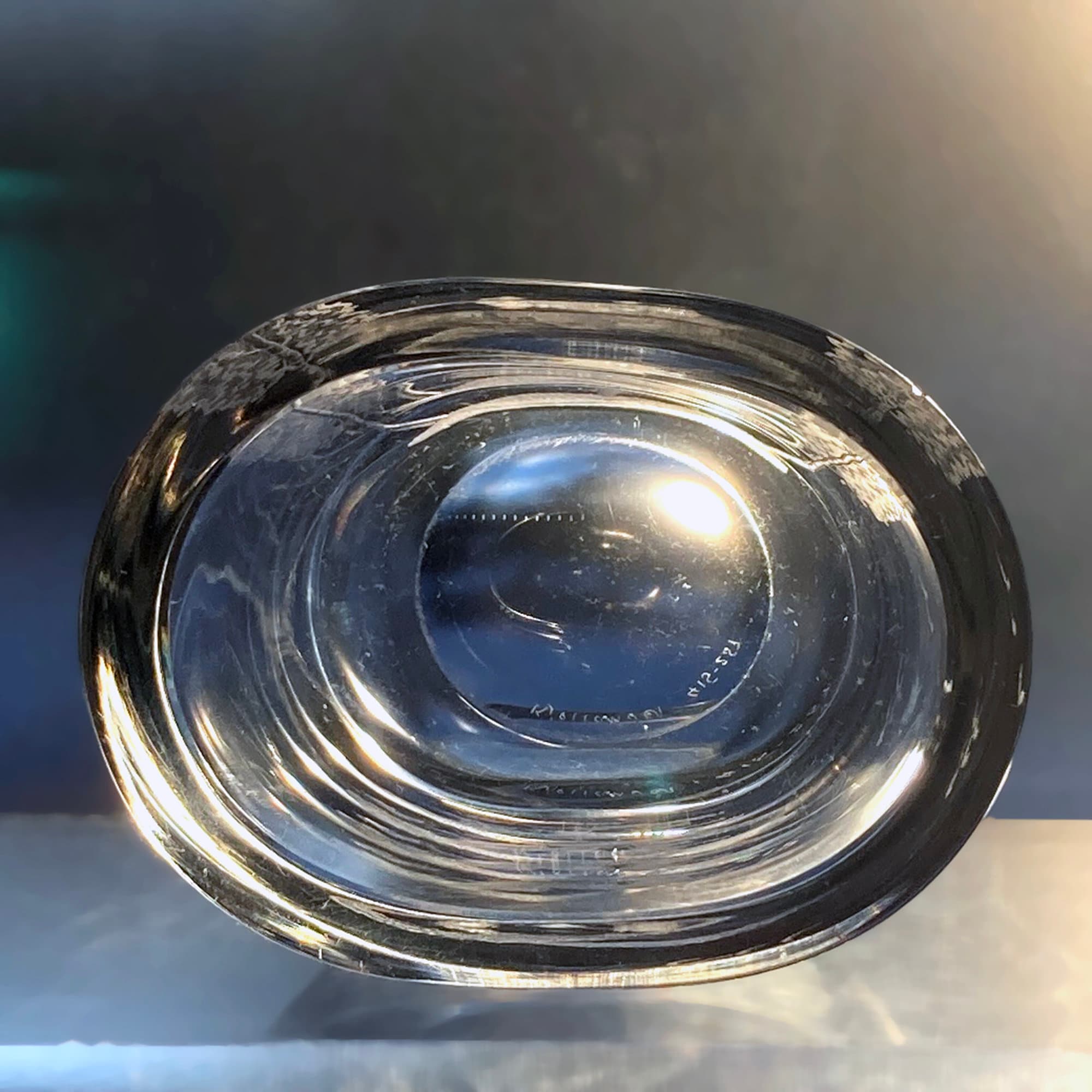 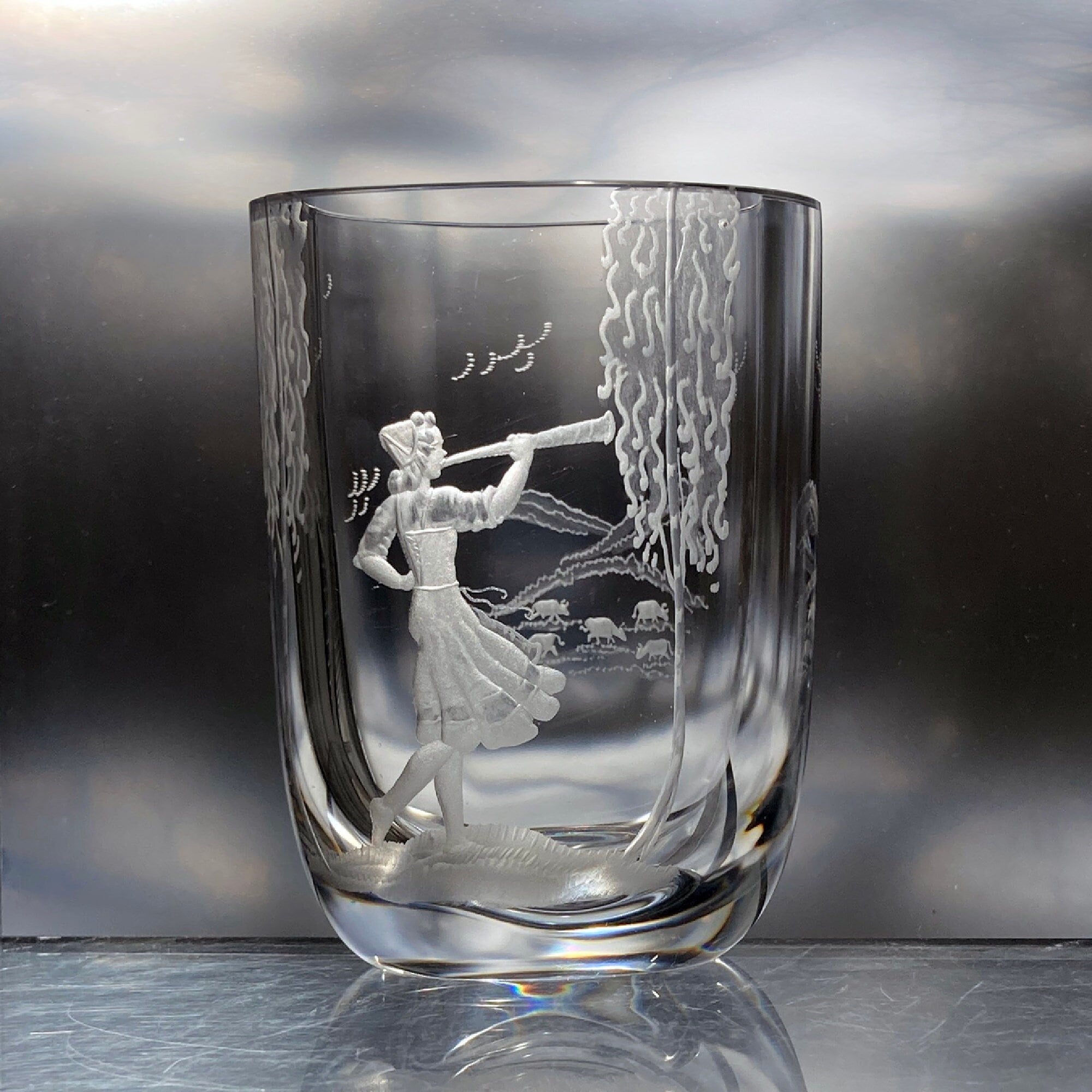 This beautiful vase is another example of exquisite, copper-wheel engraved crystal from the Kjellander family of Sweden. The vase is medium-sized, 3" x 3.5" x 6.5", and it weighs 2 pounds. It is a stunning show piece, certain to add charm and sparkle to a special spot in your home. It is likely that the original owner bought it in Sweden.

In parts of Sweden, livestock were sent away from the main farms to graze during the summer growing season. They would be tended by young women, since the men were needed on the farm for planting and harvesting. The women were responsible for making the milk from the animals into products that could last through the winter. They would communicate using long horns, called Näverluren, covered in Birch bark, each having its own sound. There were different calls used to scare predators, lure the animals, to keep evil forest creatures away and to send messages over long distances. Different melodies sent different messages: there is food for pickup (cheese, butter), someone is sick, bear is here, a cow has gone away (then you would help), the cow has been found, everything is well and so on. From a far-away pasture, the message could be picked up by the next, transmitted further down to the village of the mills far away, and answered in the same way.