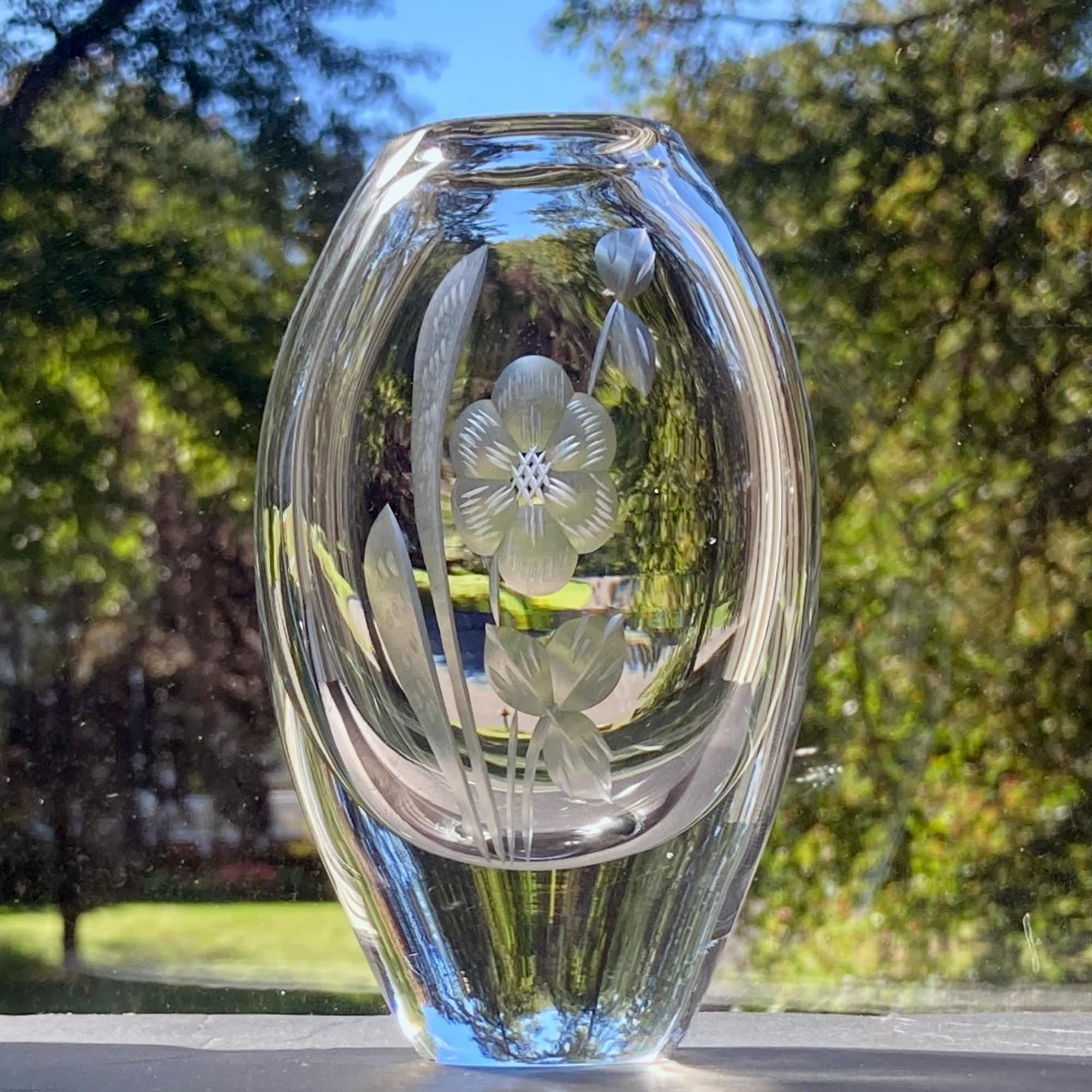 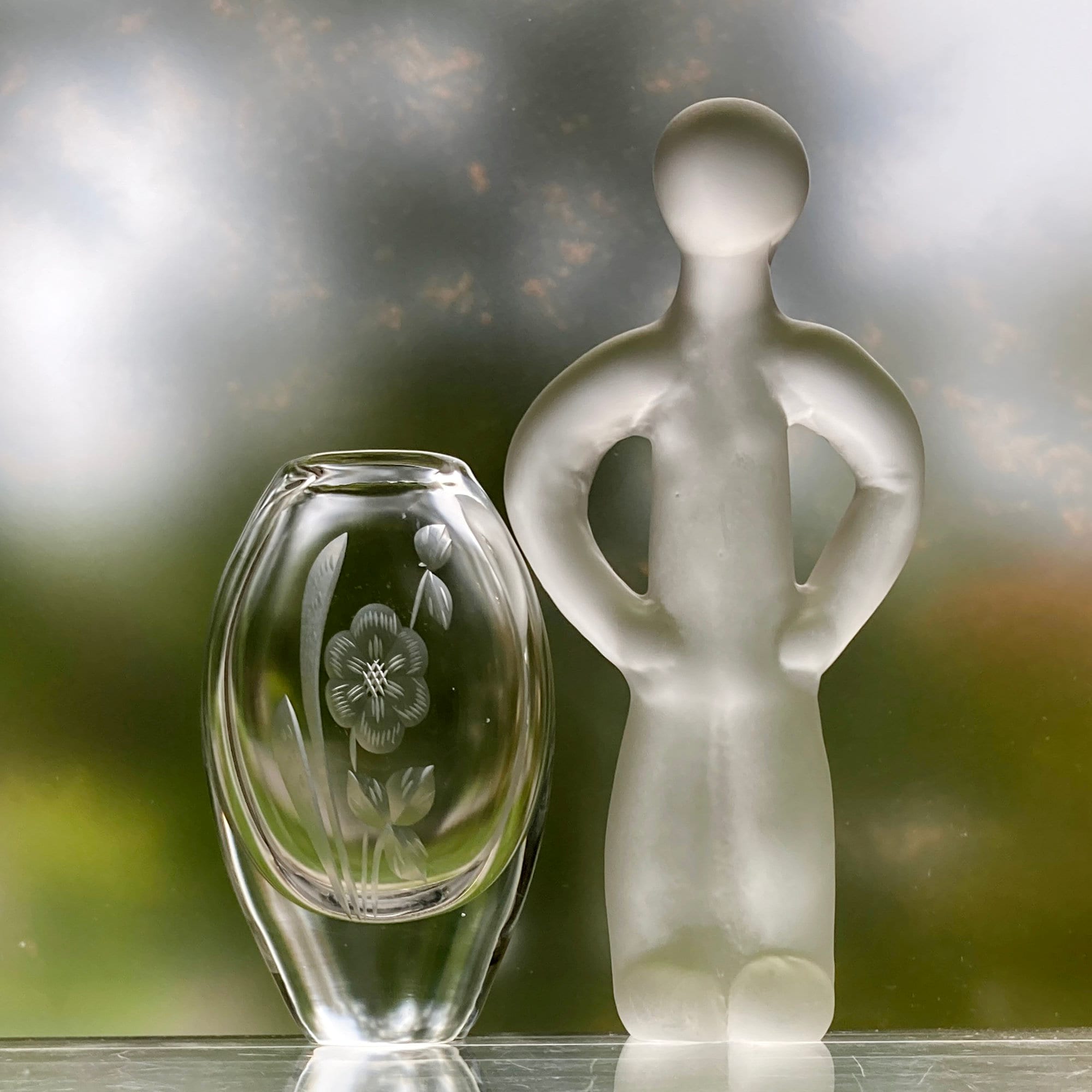 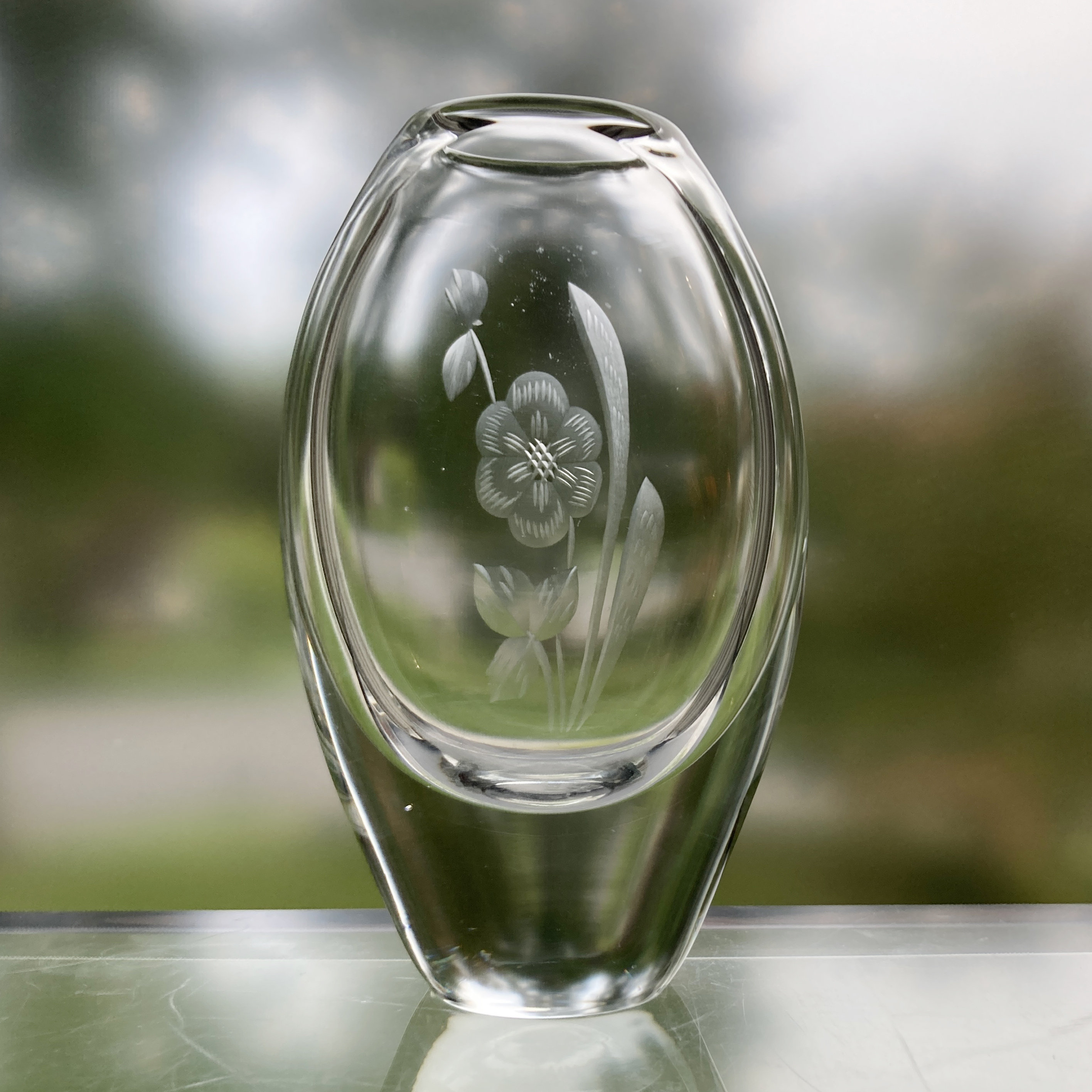 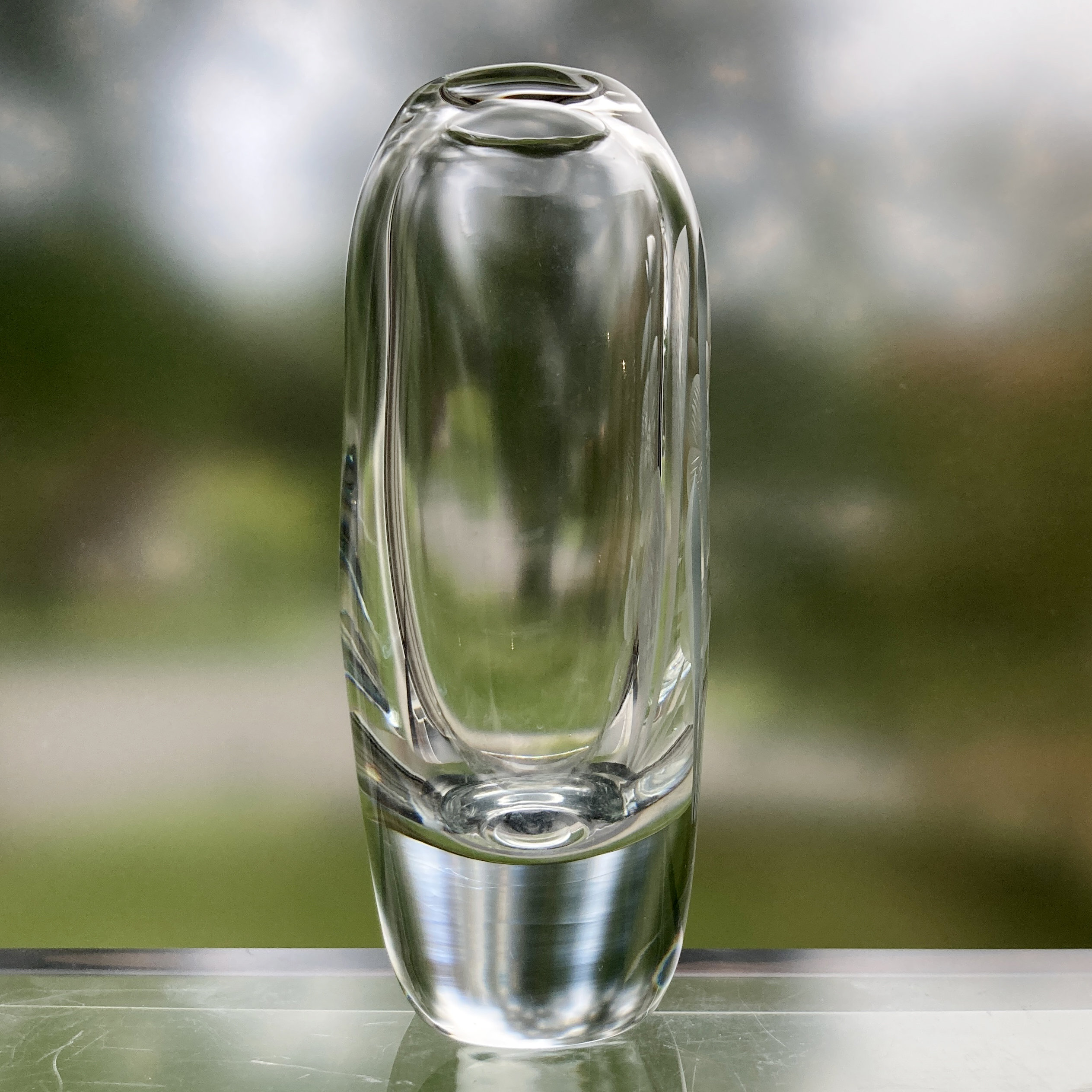 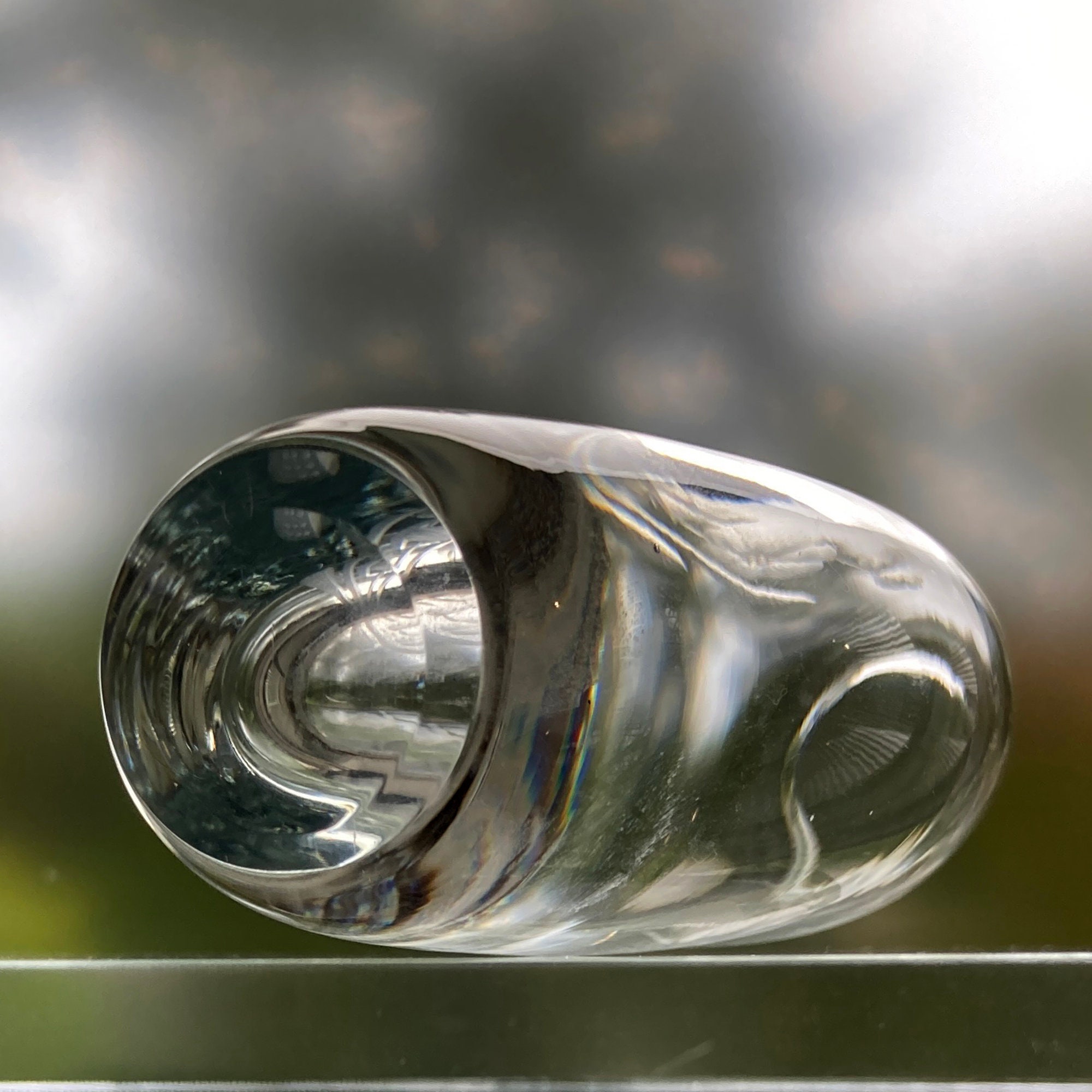 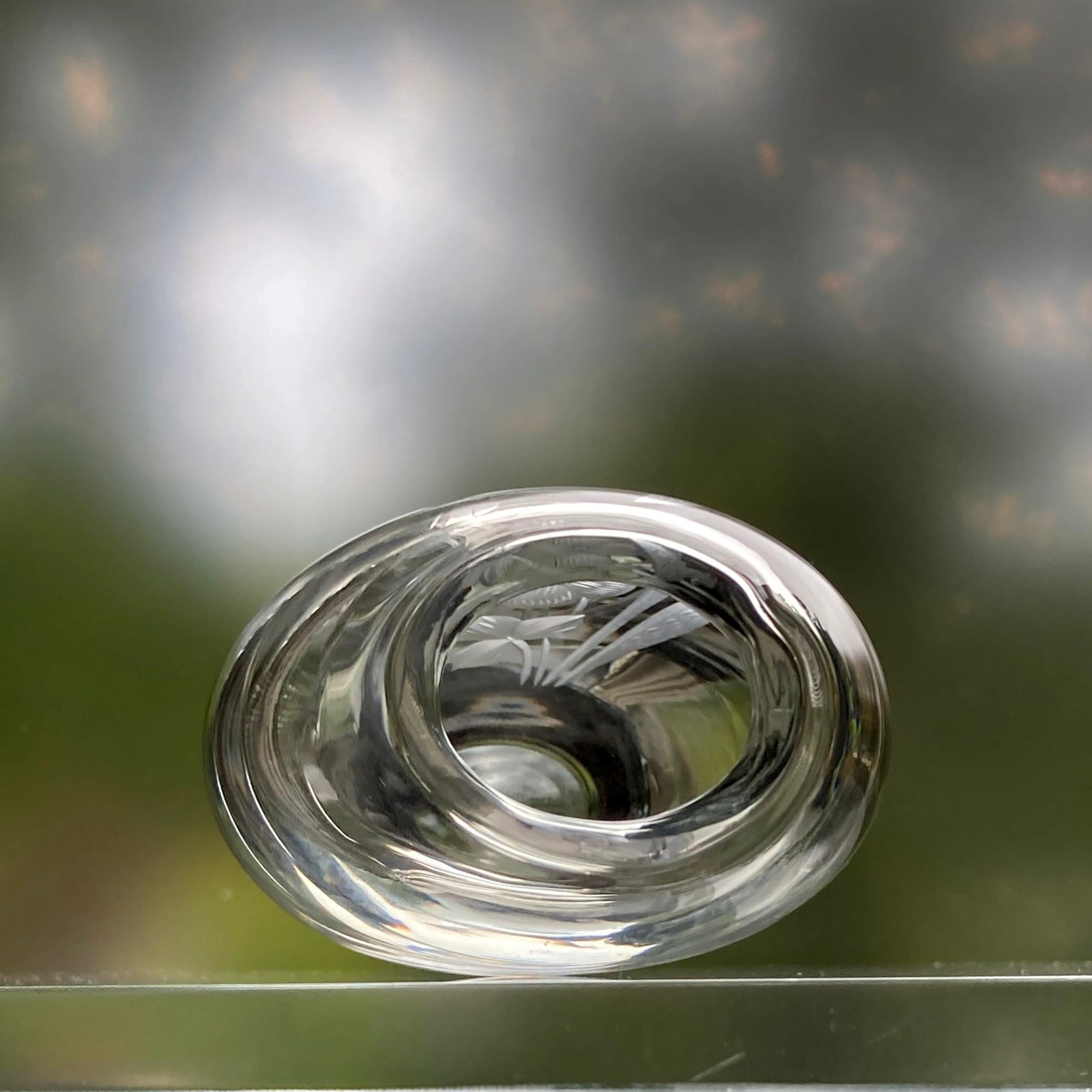 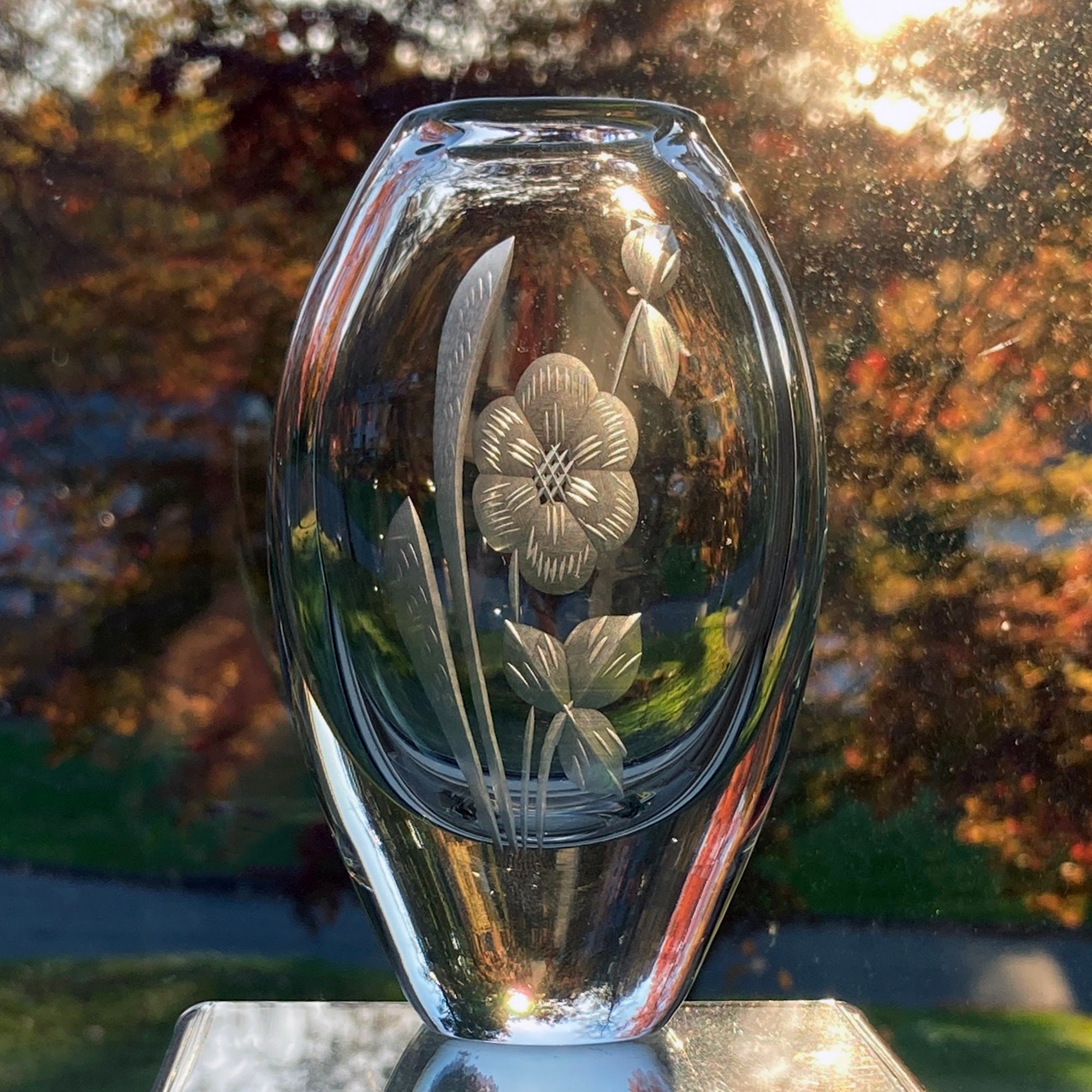 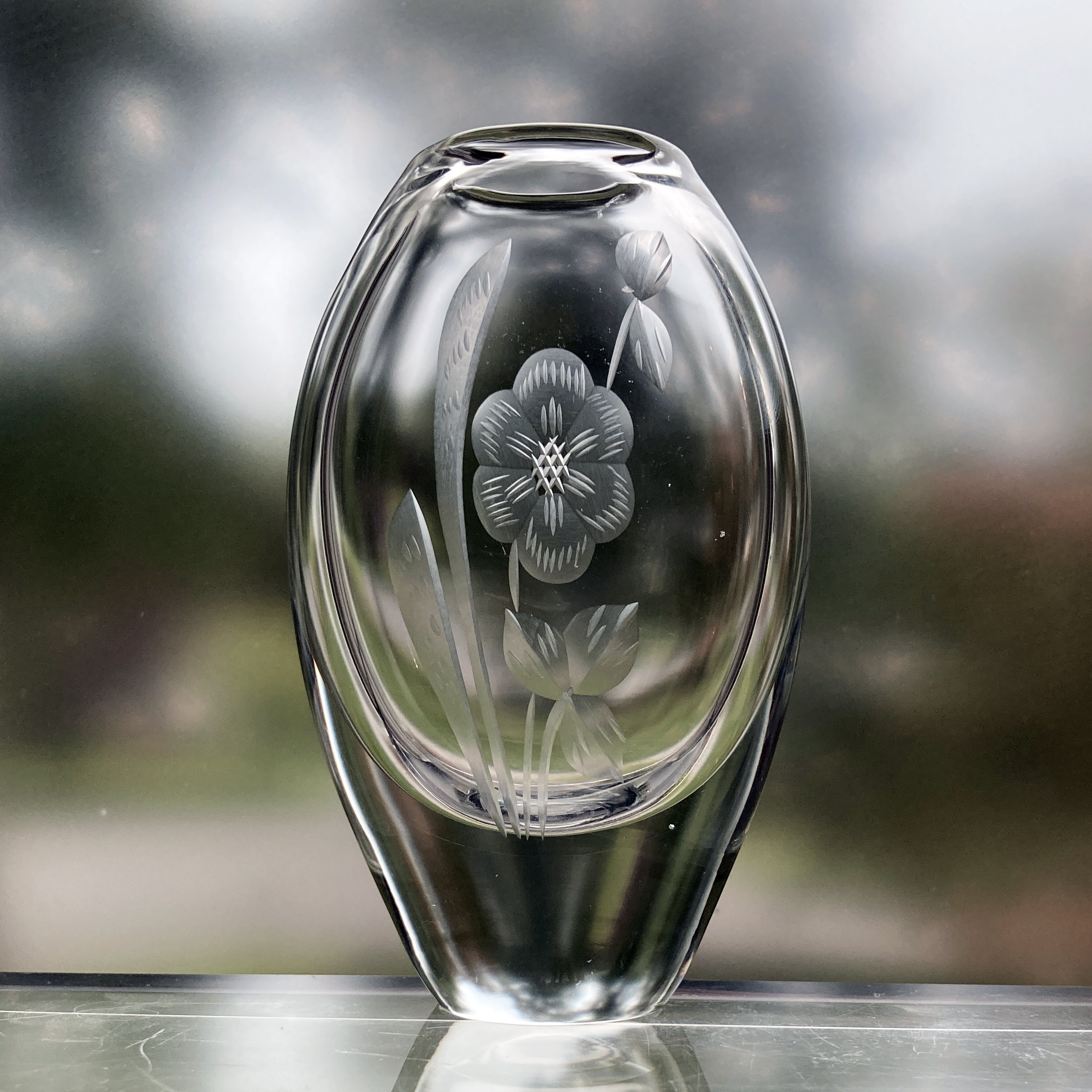 This charming copper-wheel engraved art glass vase depicts a beautiful Swedish flower. It may have been made at Smålandshyttan Glassworks, a small mill in the heart of the Crystal Kingdom, and one of about 60 glassworks active in Sweden during the 20th century.

Another possibility is that it was imported or made by Carl Erickson (1899-1966) of Bremen, Ohio. Erickson Glass used traditional Swedish glass-making techniques; each piece was hand-formed so no two pieces could be alike. Many honors were bestowed on Carl Erickson and many dignitaries were presented pieces or made special orders.

The Smithsonian Institution of Washington, D.C. commissioned him to duplicate complex glass fixtures in old fashioned laboratories. The Old Sturbridge Museum in MA ordered copies of some of its famous glassware pieces. Other museums which have used his duplicating skills include Metropolitan Museum of Art, Corning Museum of Glass and the Ohio State Historical Society Museum.

Many of his glass creations have been selected for display at several distinguished museums. In 1953 a traveling display of his glass was shown throughout Europe and the United States.

His dream of contributing to modern art glass was so firm that as retirement loomed ahead for him he refused to pass the Erickson line to hands that might cheapen the product by lowering the standards of production so he dismantled his factory in 1960 and sold the plant in 1961.