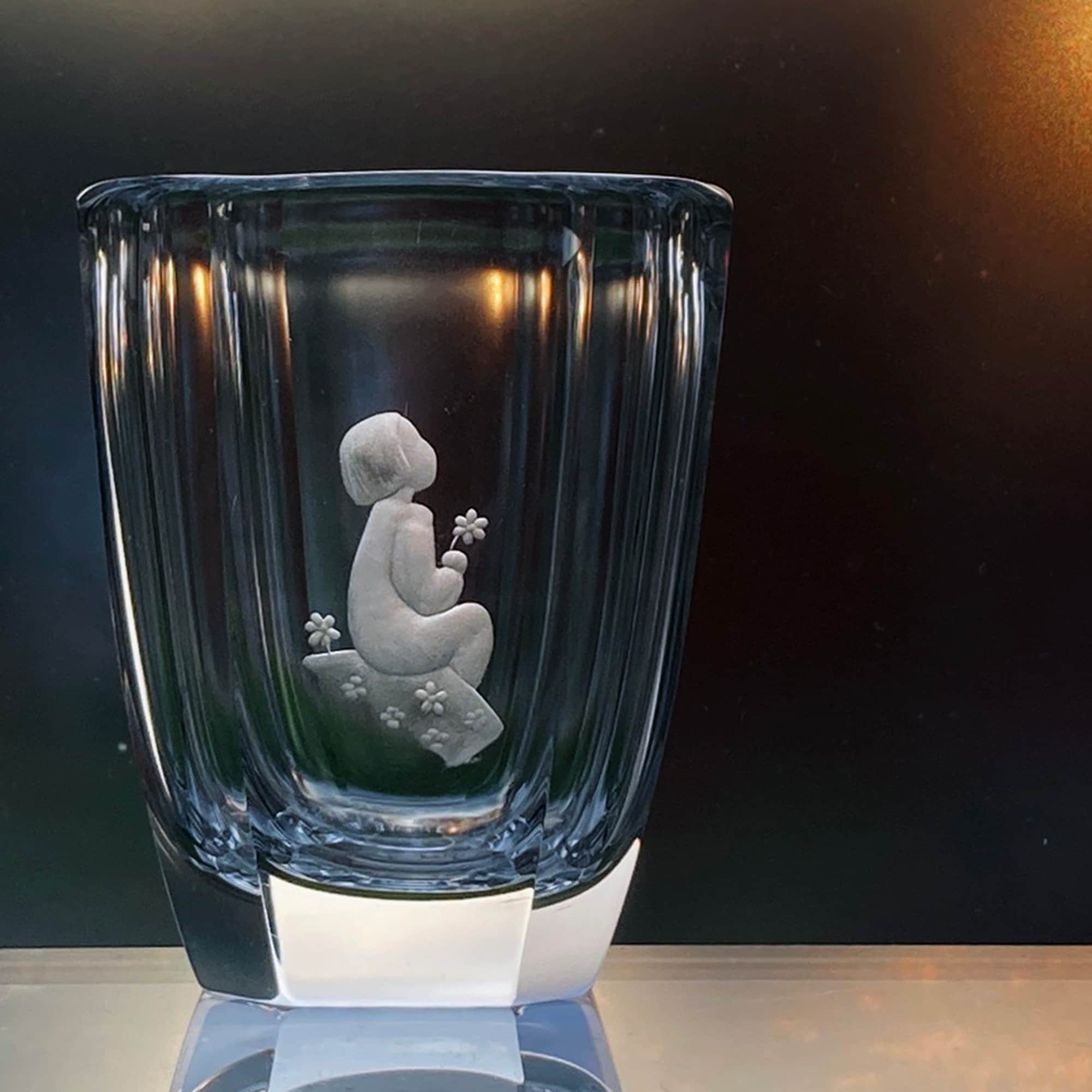 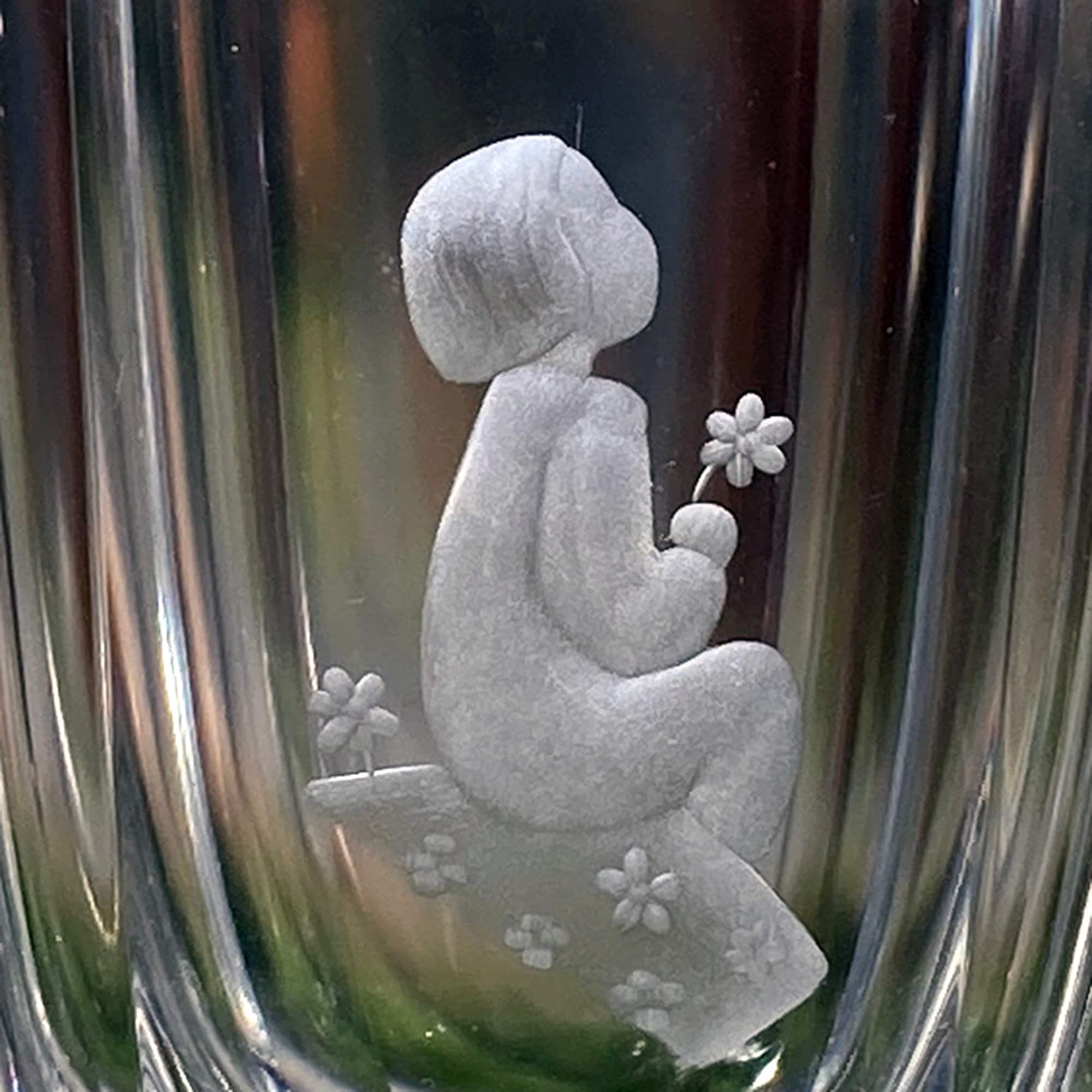 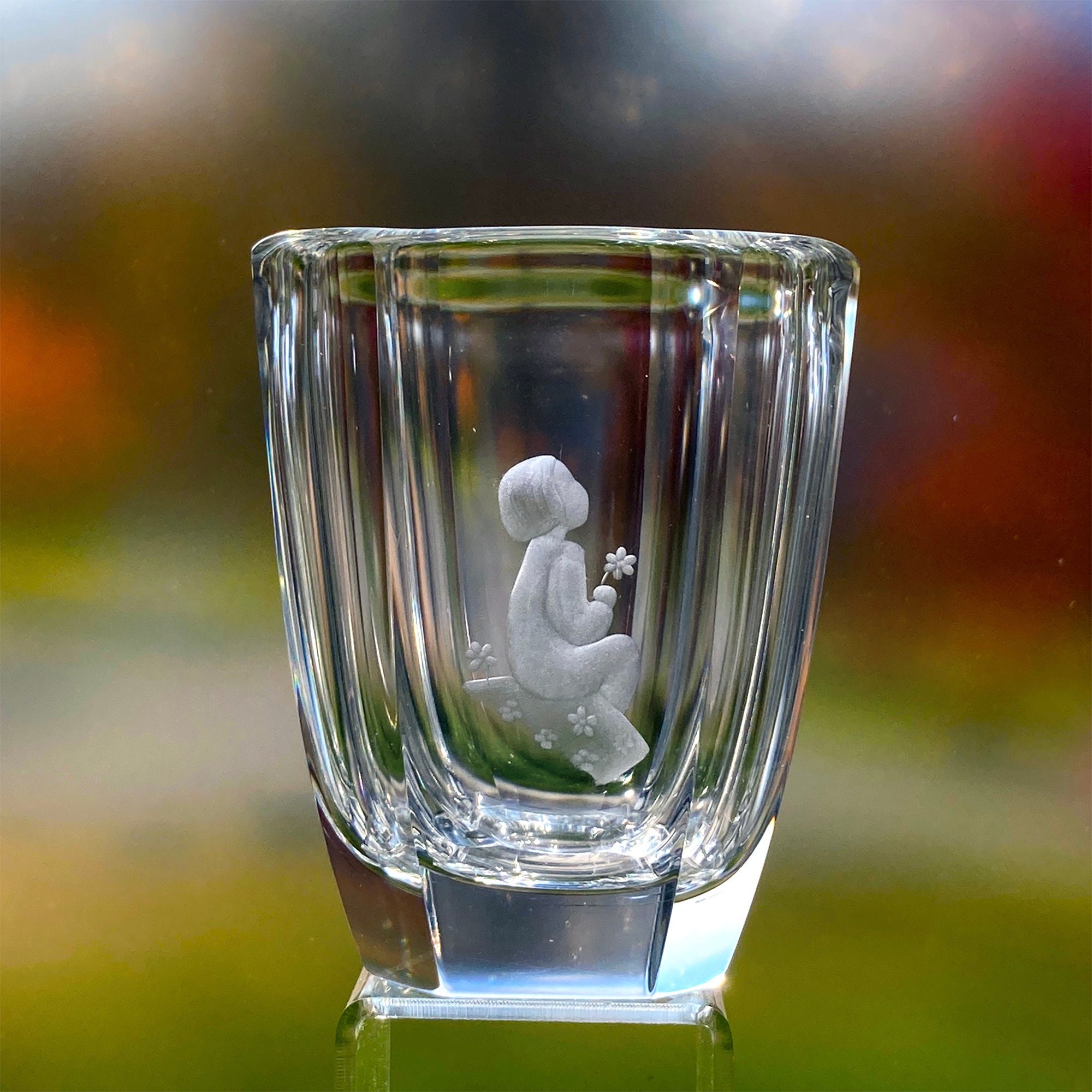 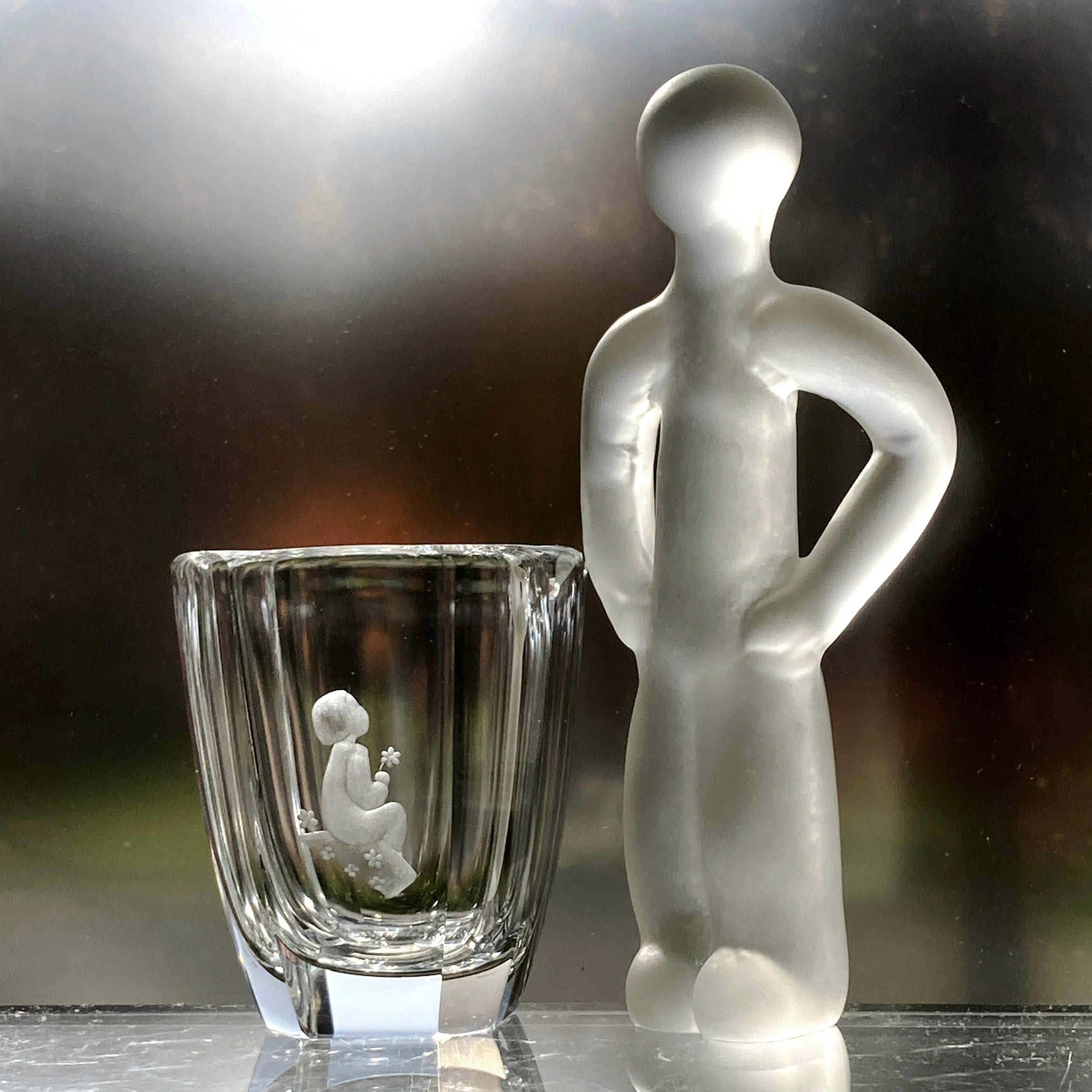 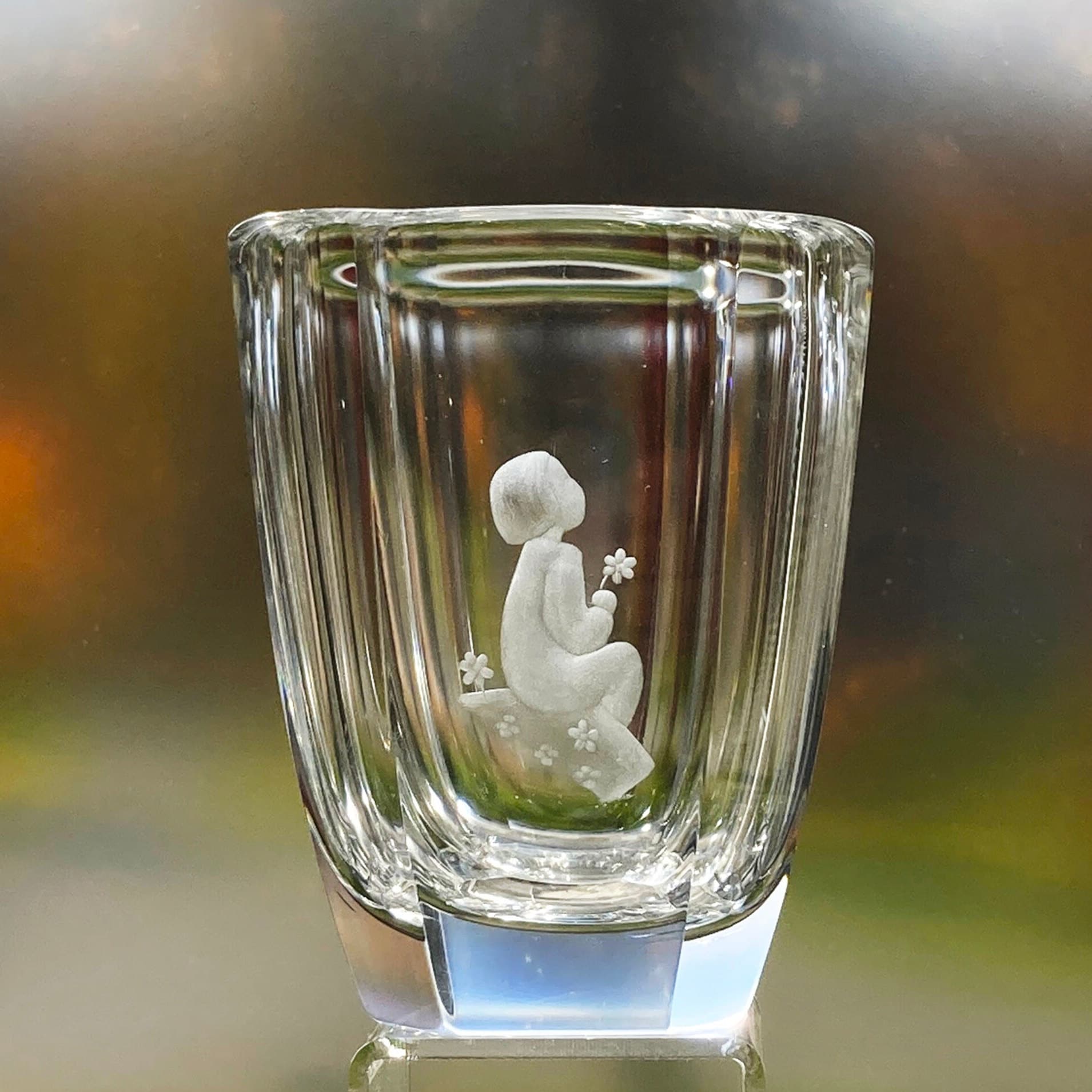 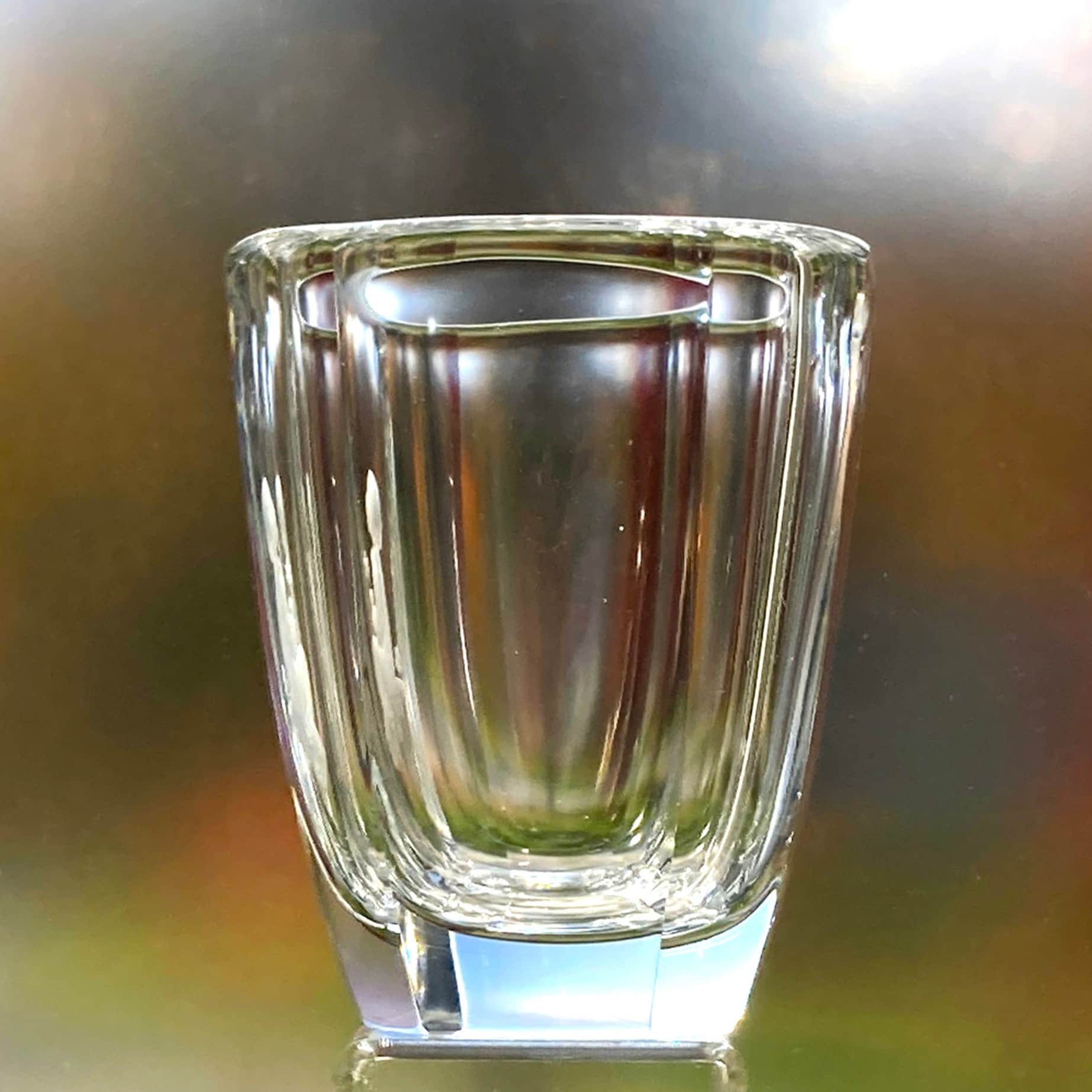 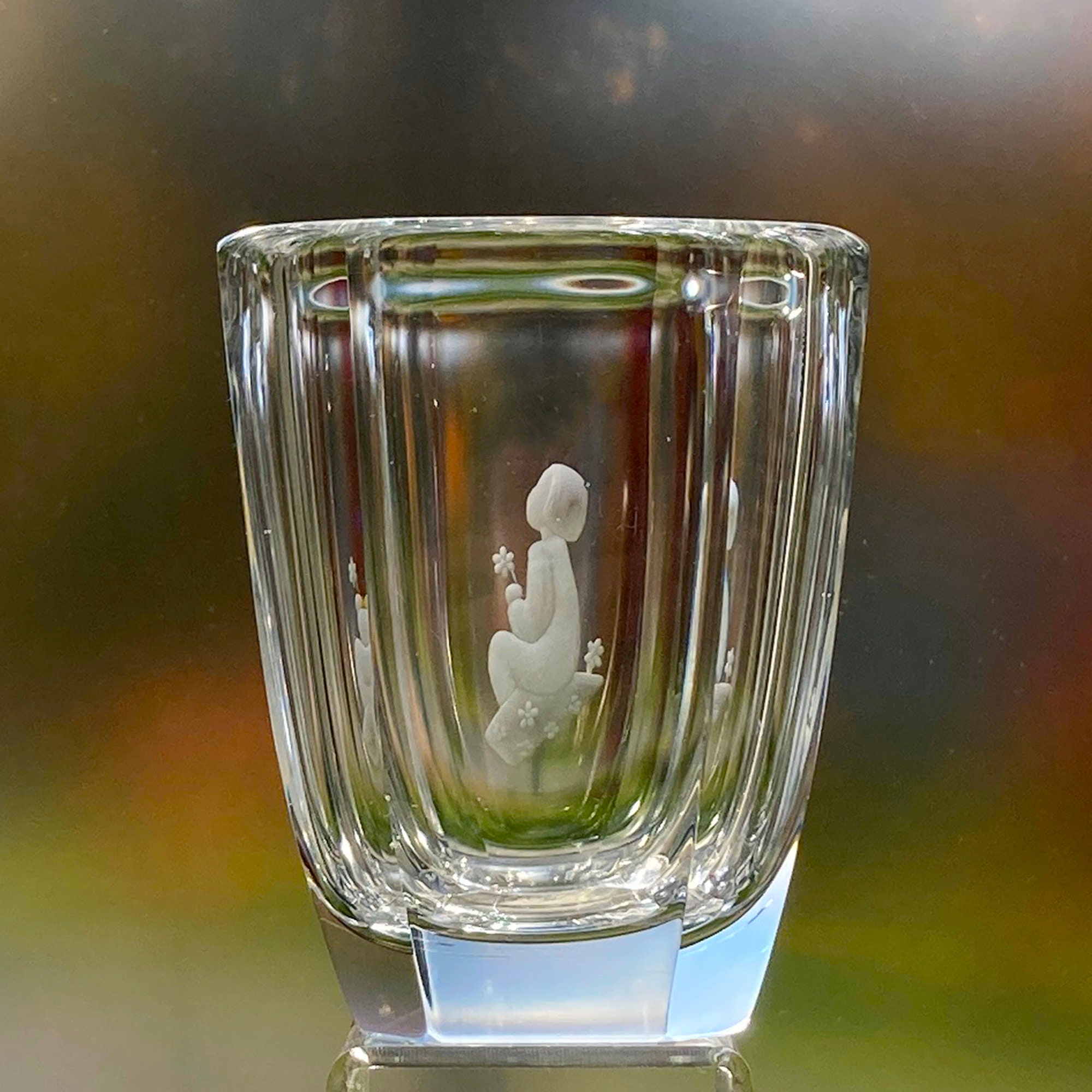 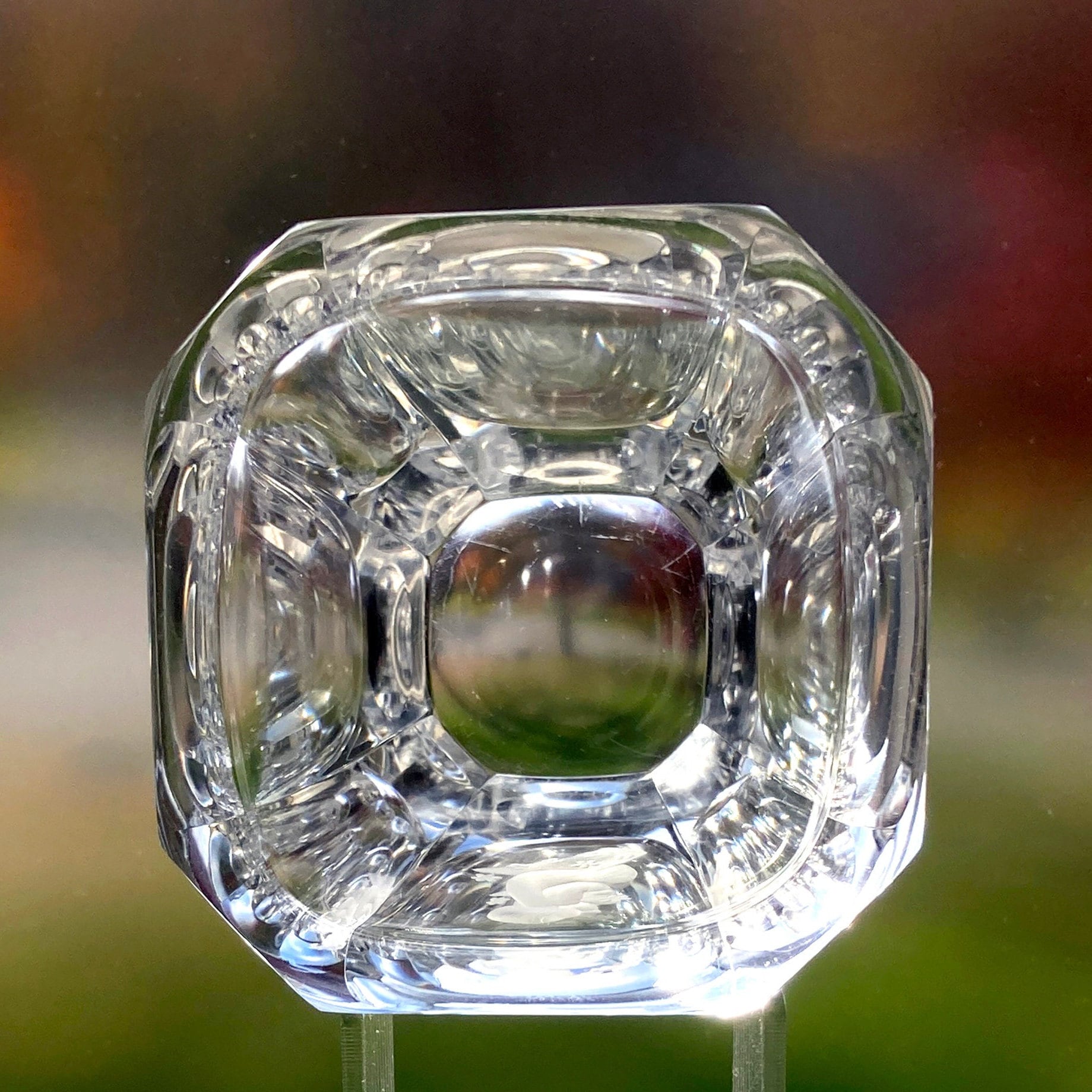 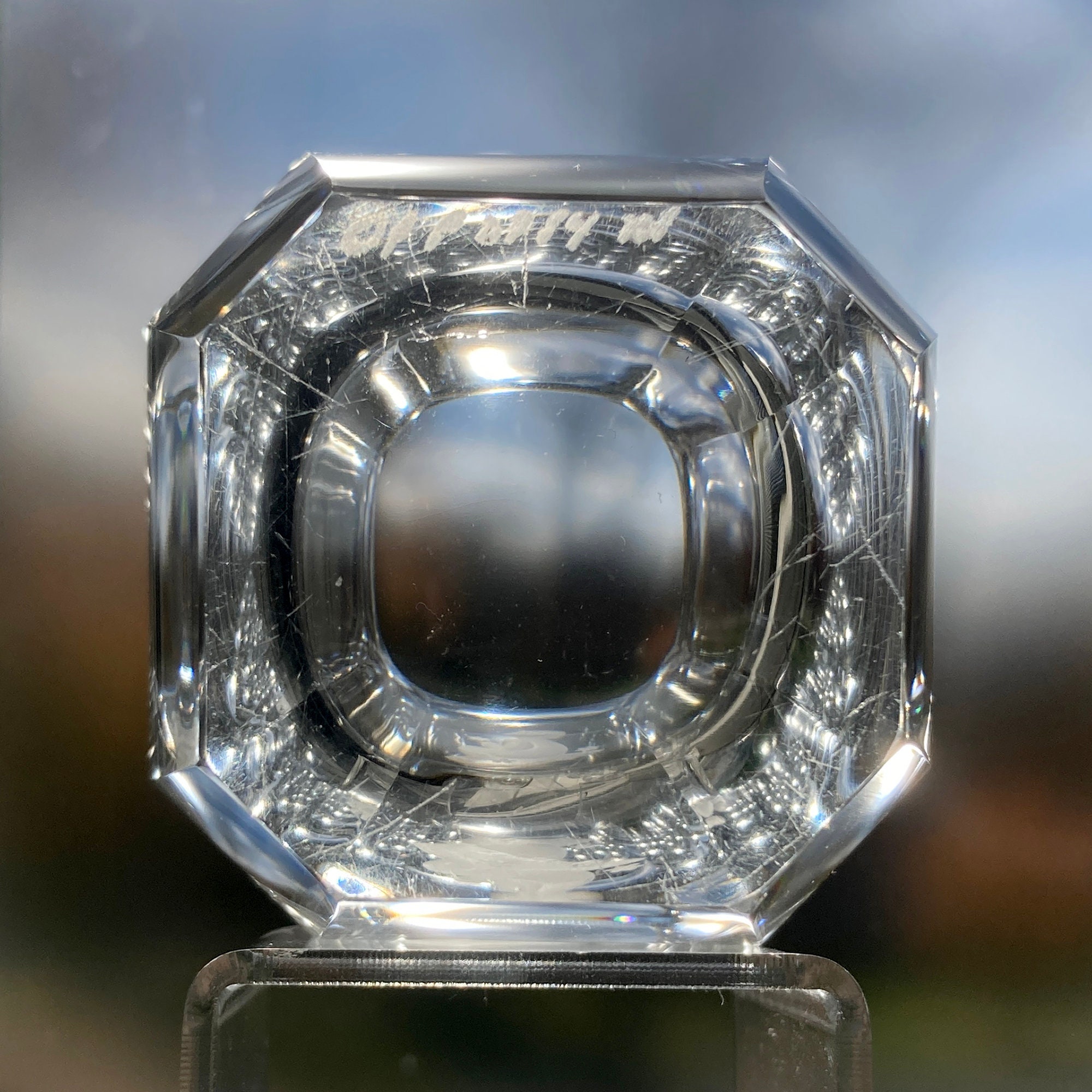 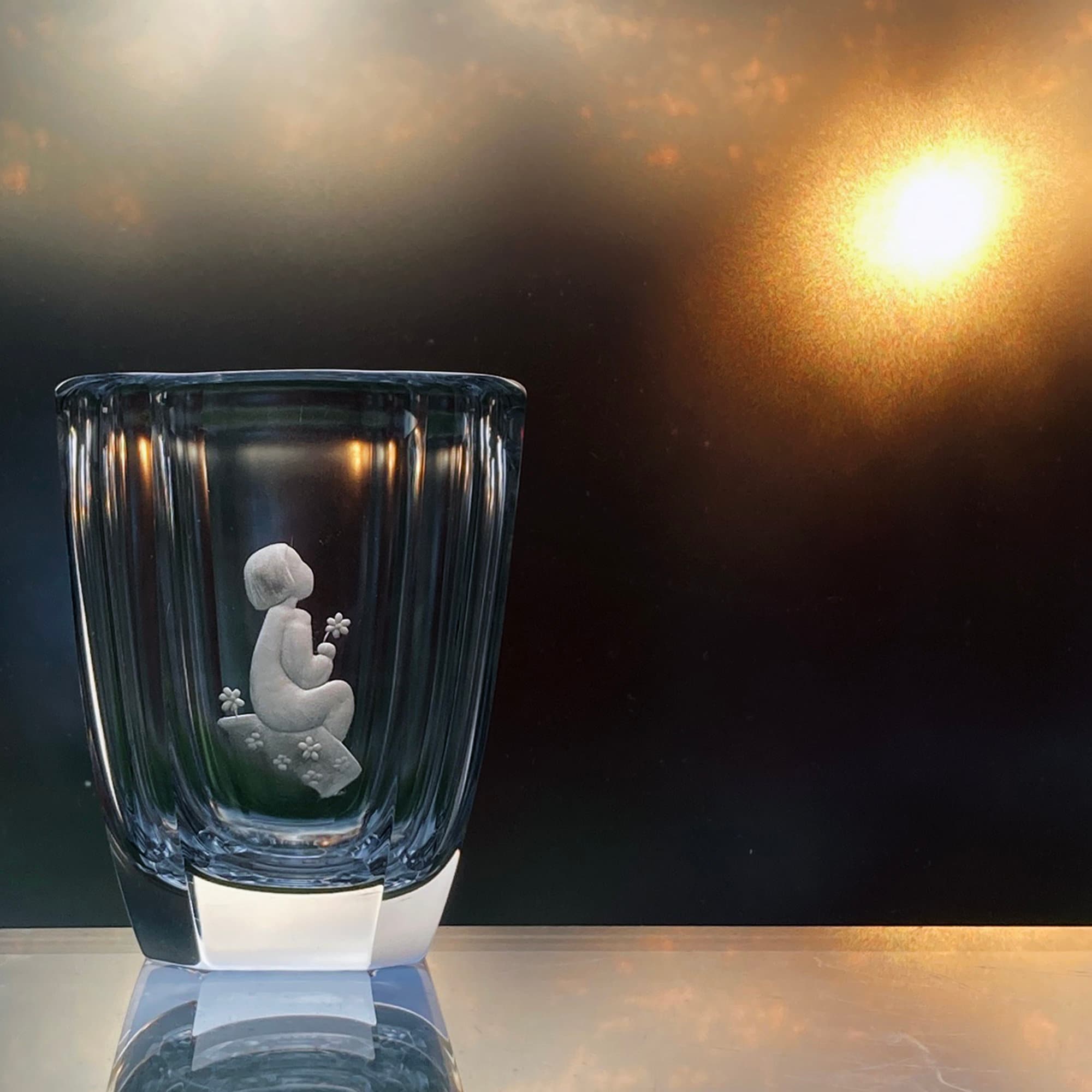 Designed by Sven Palmqvist and copper wheel engraved, this hand blown glass vase is a perfect representation of Swedish culture in the mid 20th century. This charming vase is small 3" x 3" x 4", but heavy, weighing over a pound. The style code 2754 means that this motif was designed in 1942, though we don't know when this particular piece was made. There are a couple of tiny nicks (hardly noticeable) on a back edge, but otherwise, it is in excellent condition.

Orrefors employed master artists and craftsmen, some of whom worked their whole careers of 40, 50, or more years with the company. Sven Palmqvist (1906-1984) was born in the glass district of southern Sweden and started his career with Orrefors in 1928, where he remained until 1972. In those years, he designed hundreds of engraved glass motifs. According to his daughter, to whom I am connected through an online glass group, he had a particular fondness for portraying people and animals.