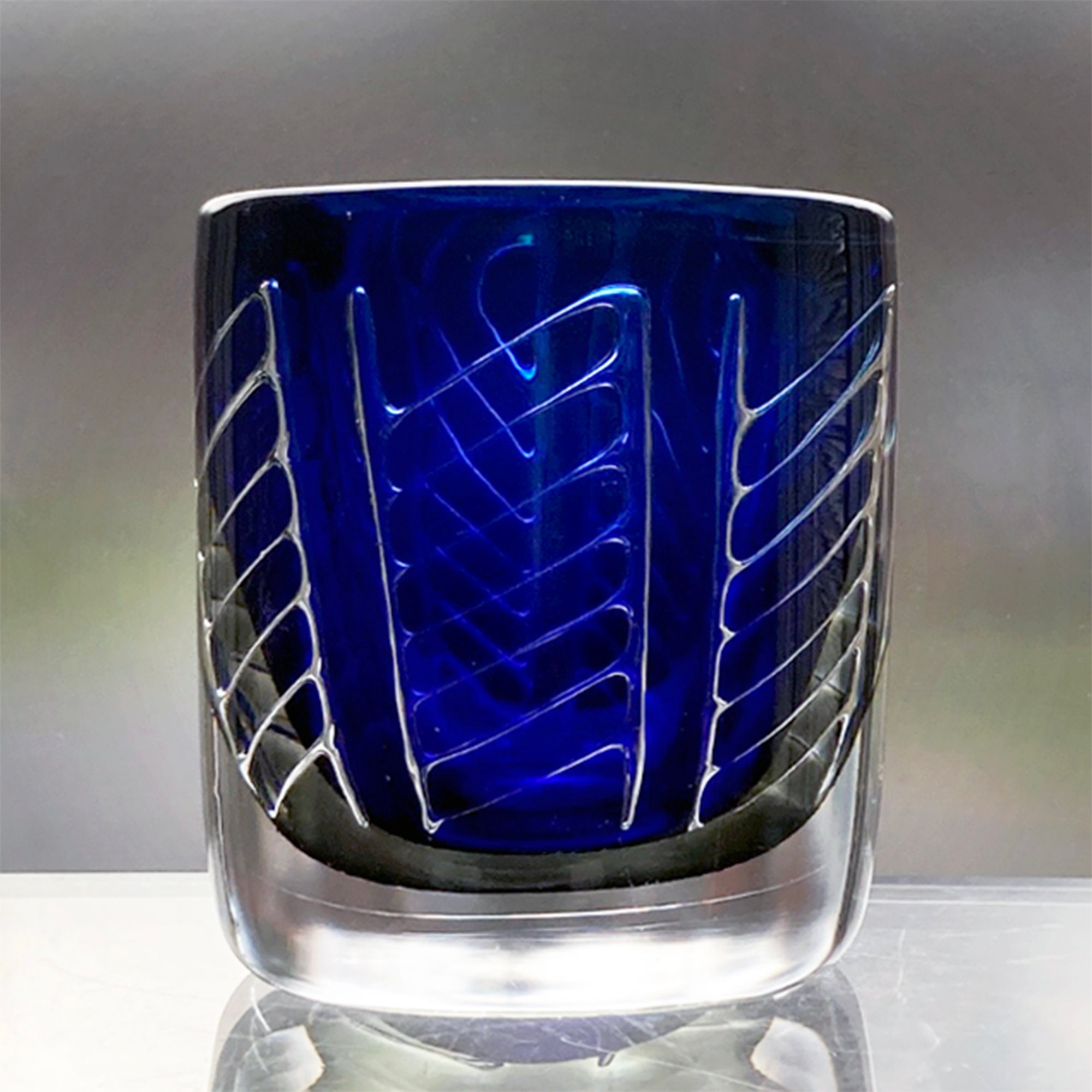 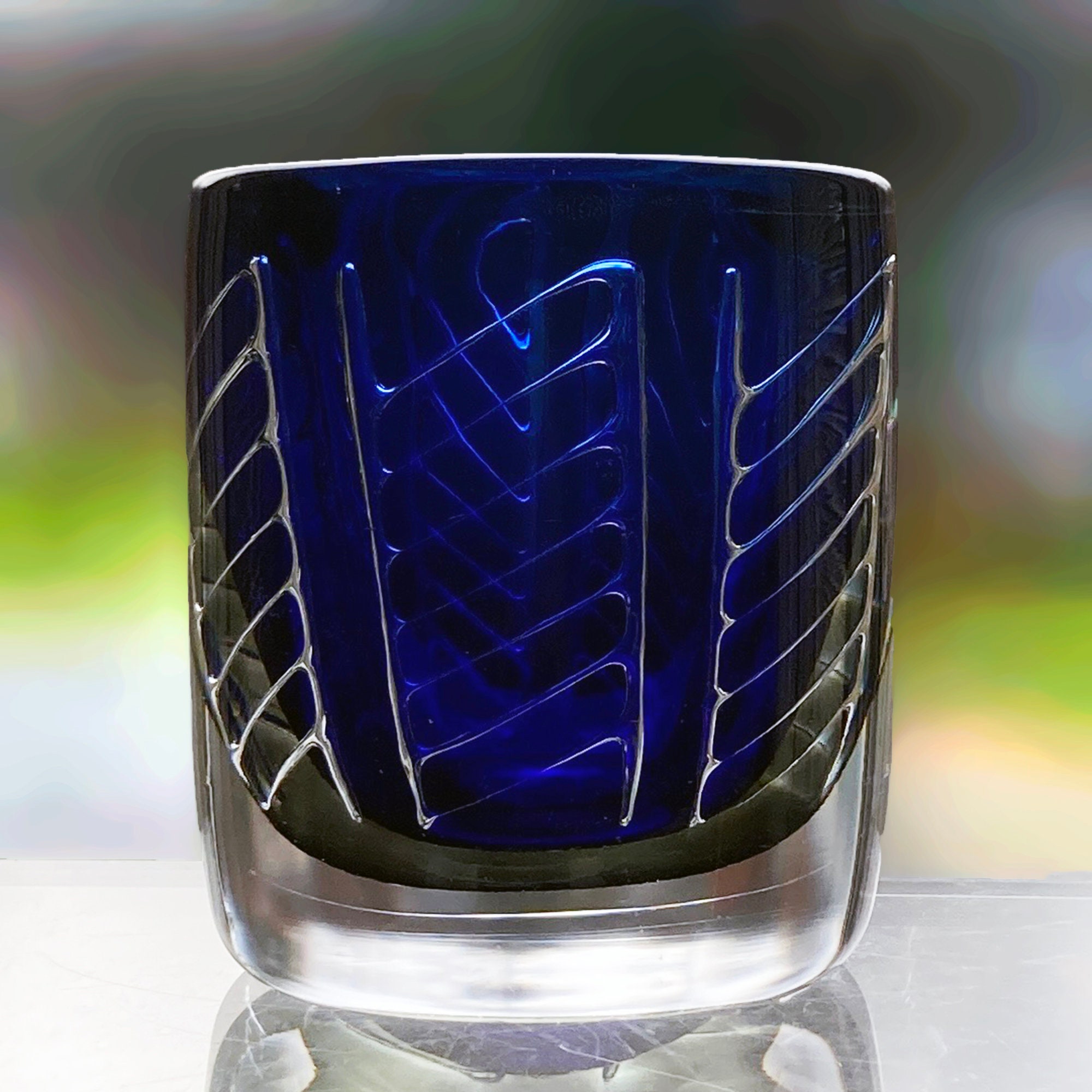 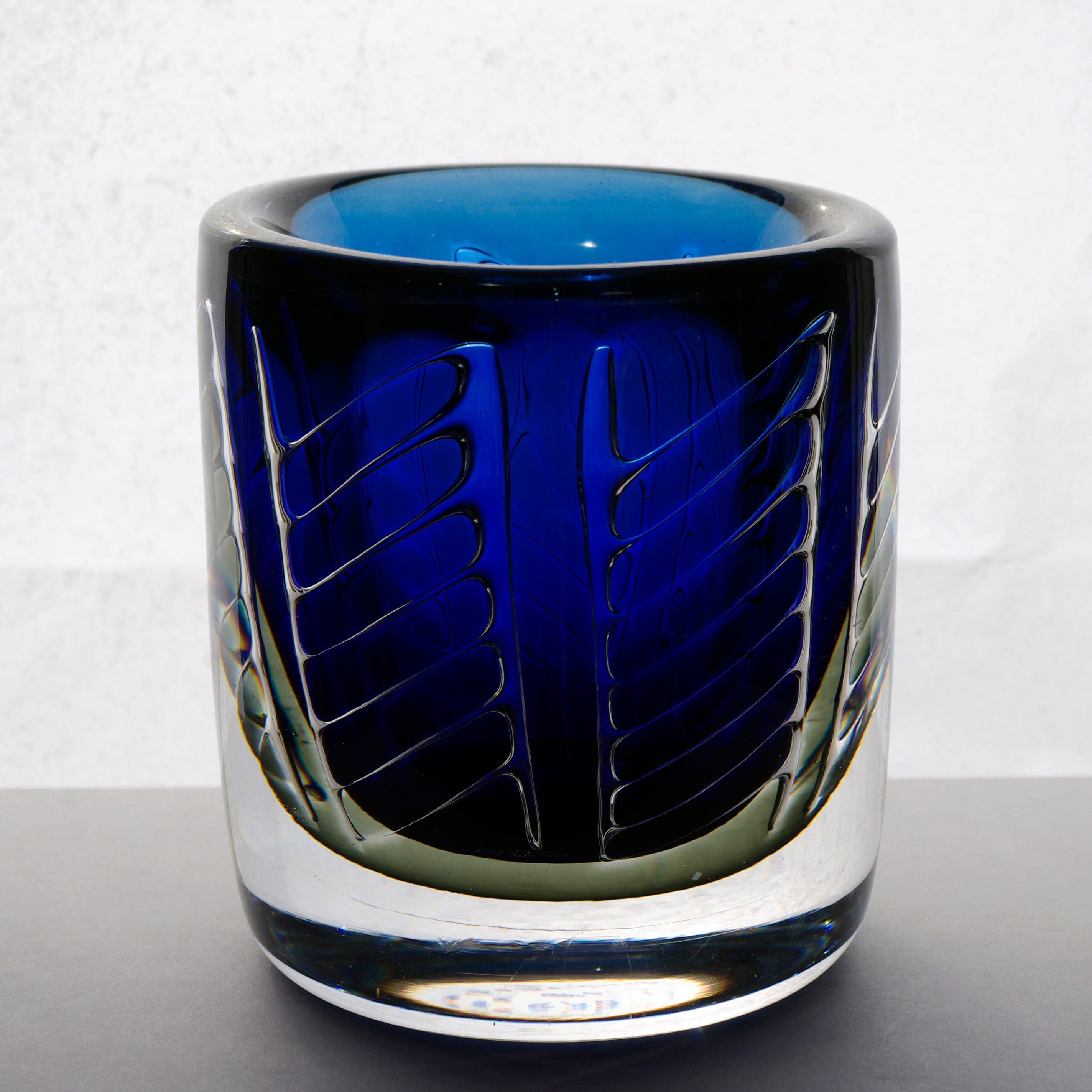 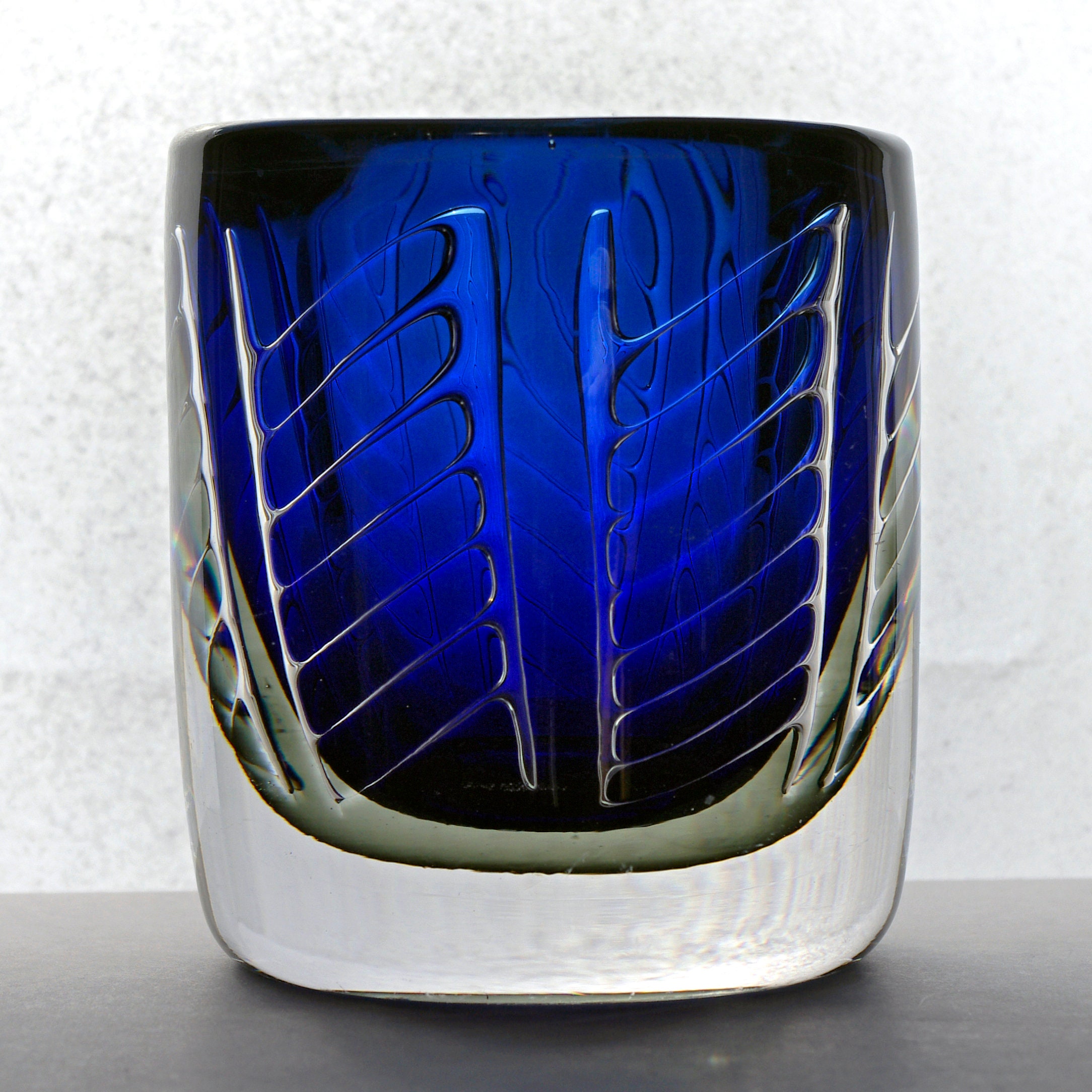 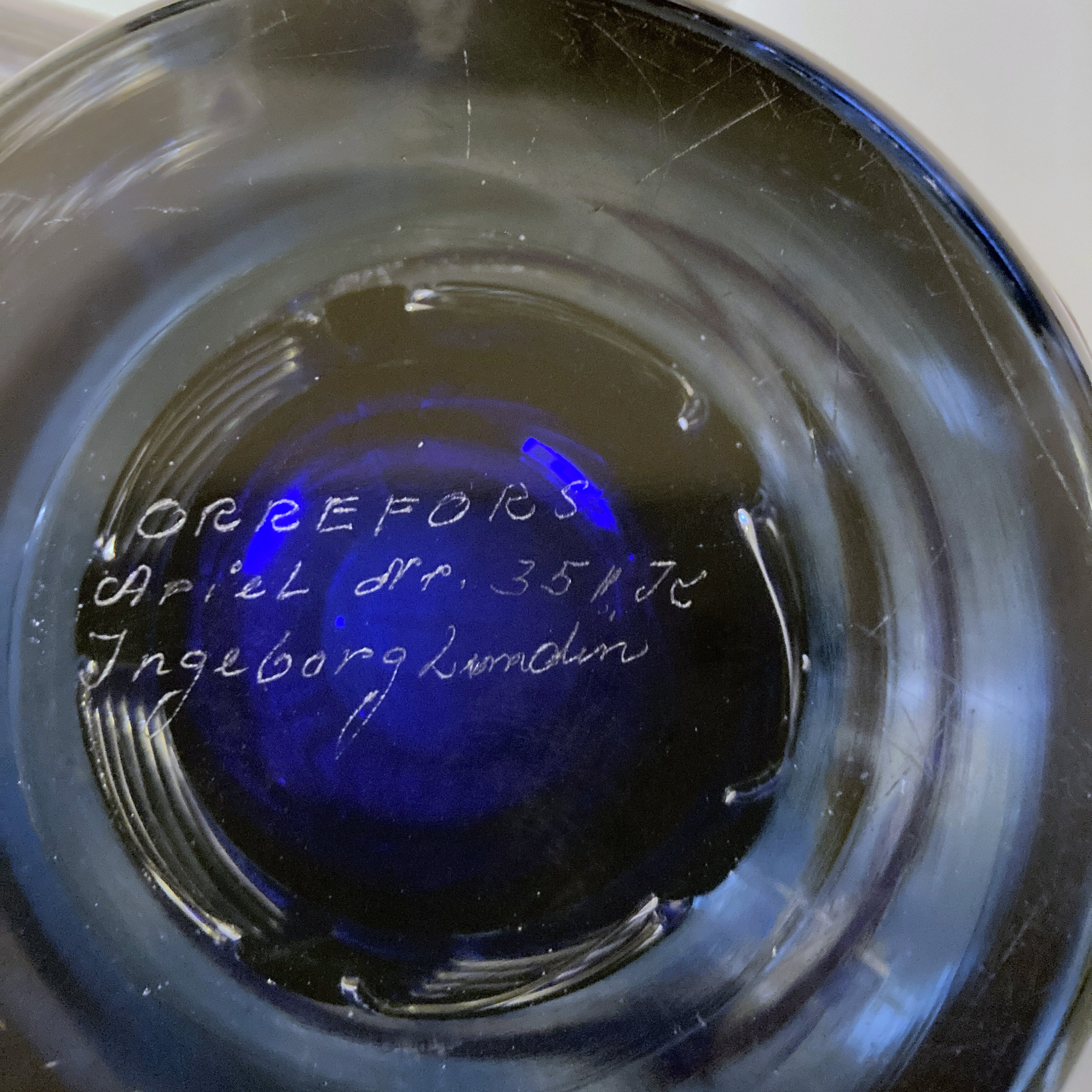 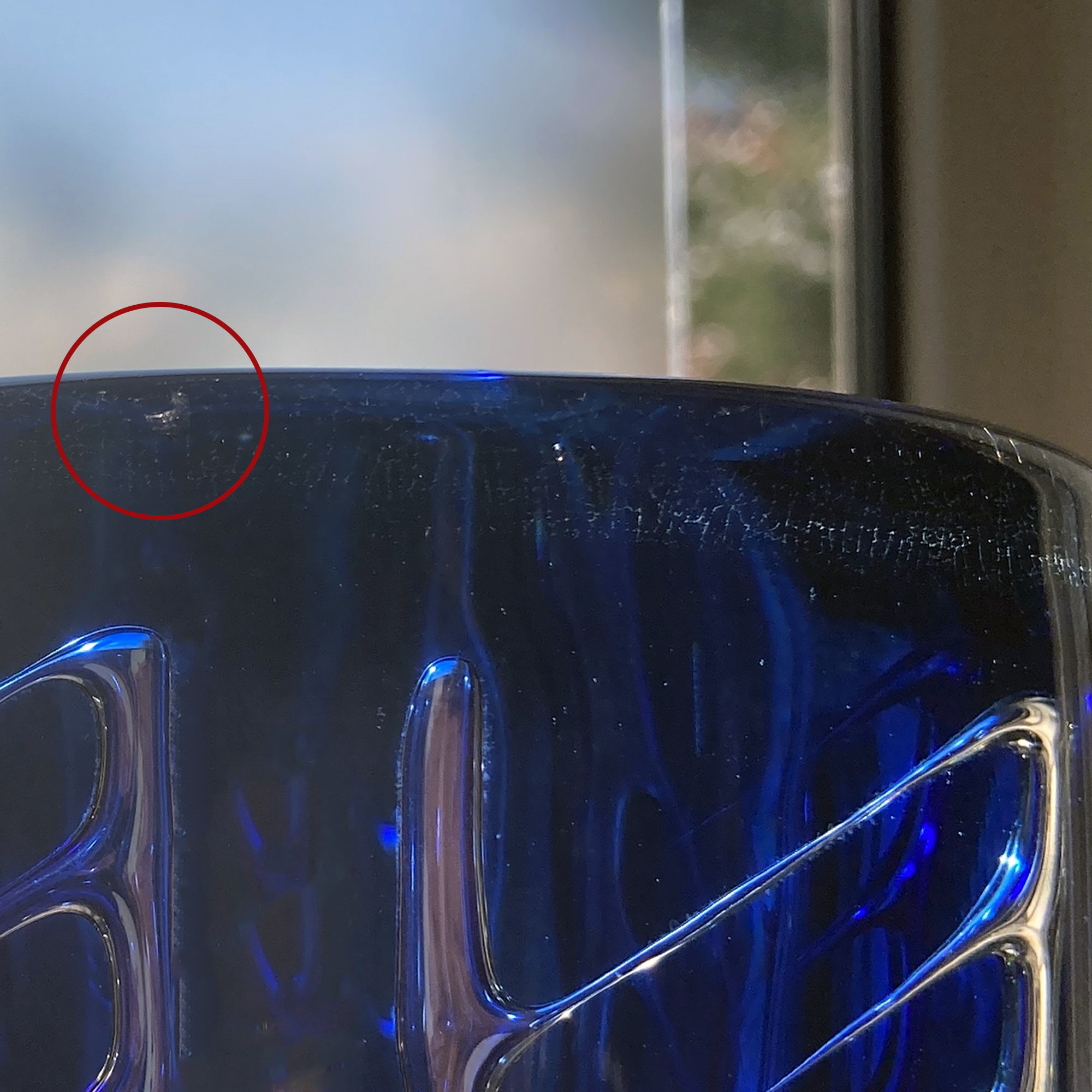 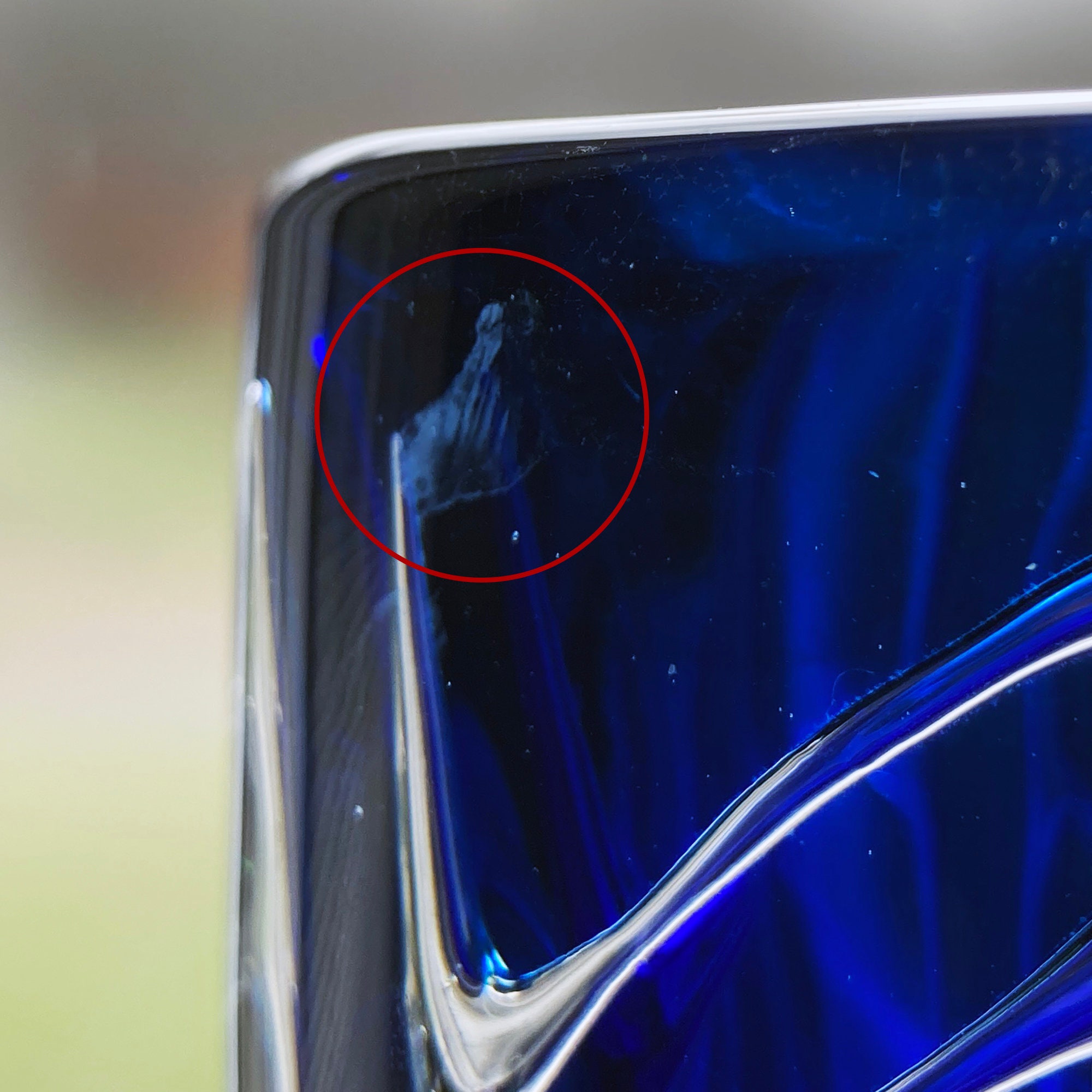 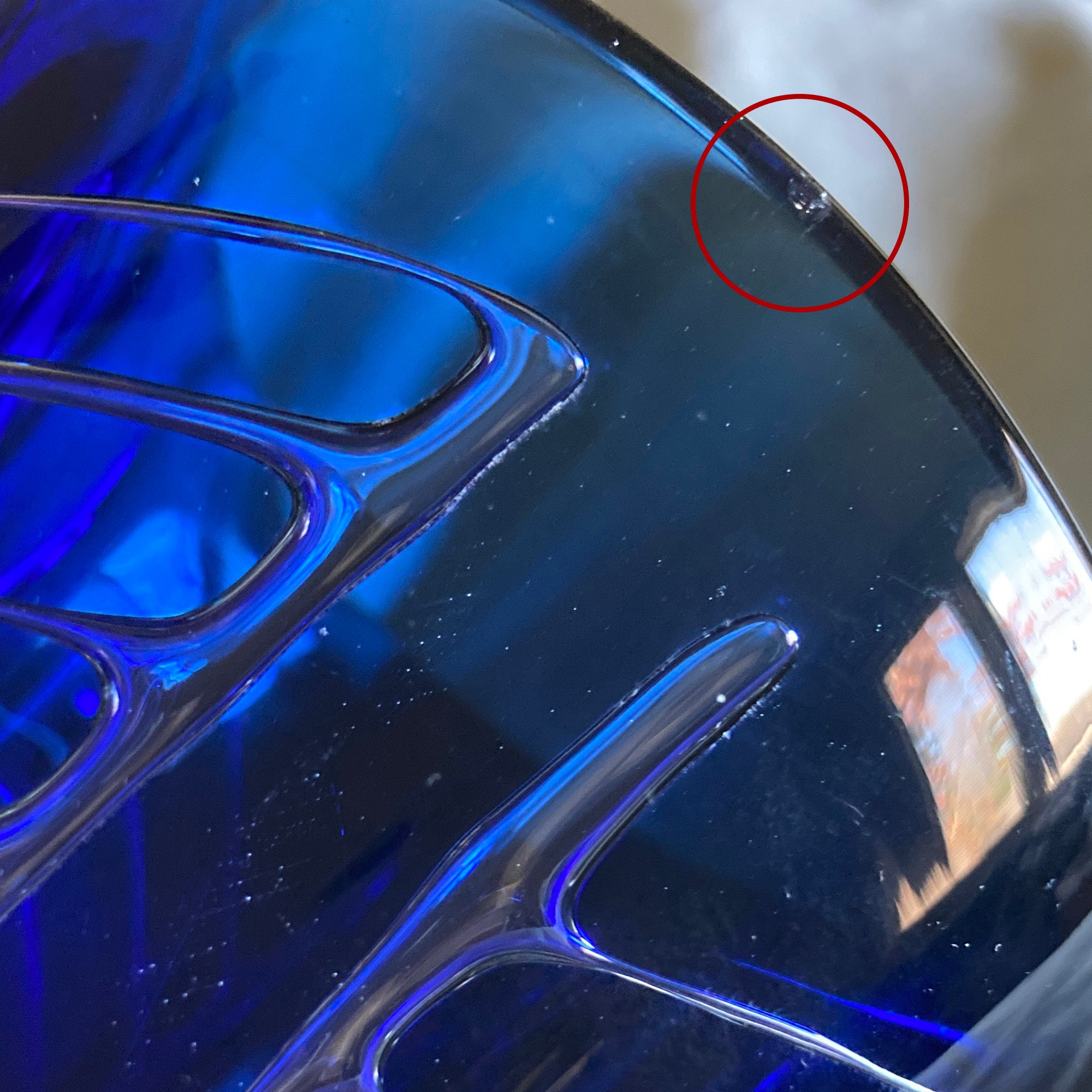 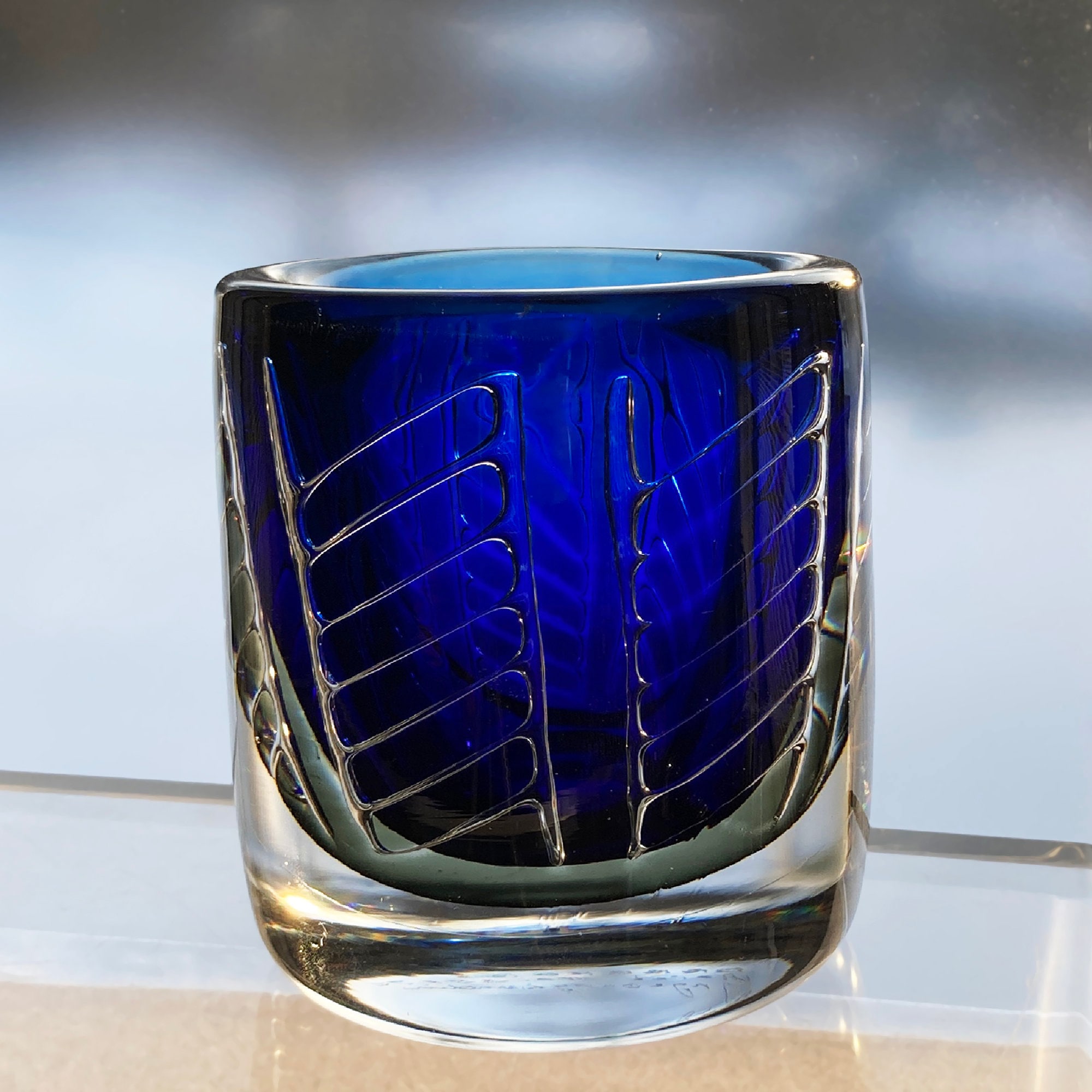 Ingeborg Lundin was the first female artist hired at Orrefors. She worked there from 1947 to 1971, and may be best known for her large, delicate, very round, hand blown, "Apple" vases. Other Lundin favorites are her "Ariel" vases, like this one. (They are named for a sprite in Shakespeare's The Tempest). This spectacular piece of glass is first blown into a mould, then the surface is carved by engraving or sandblasting, and then the whole piece is cased in clear glass, trapping air in the pattern. Lundin's Ariel motifs are often strong geometric patterns like this one and are highly sought after, especially in this vibrant shade of blue.

This fantastic vase is 4.75" wide and 5.25" tall, and it's heavy, weighing 7.25 pounds. It is in truly excellent condition. It has one tiny blemish in the rim, likely a popped bubble. It also has a small swirl of bubbles in the glass and a line of bubbles near the rim, as shown my photos. I have asked the experts in my Orrefors Facebook group, and they assure me that these bubbles were formed in production, and they are not to be considered as flaws, else it would not have been signed.