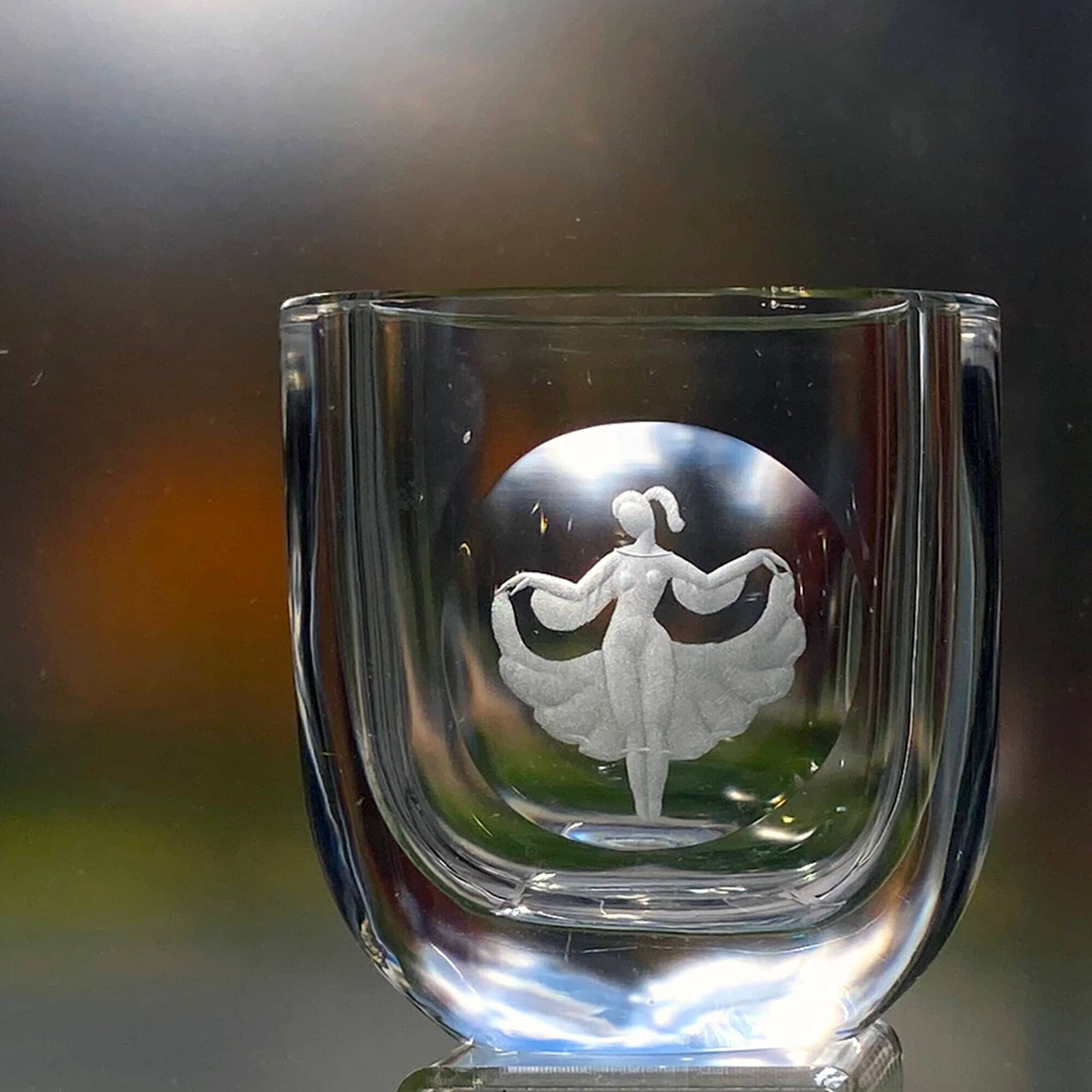 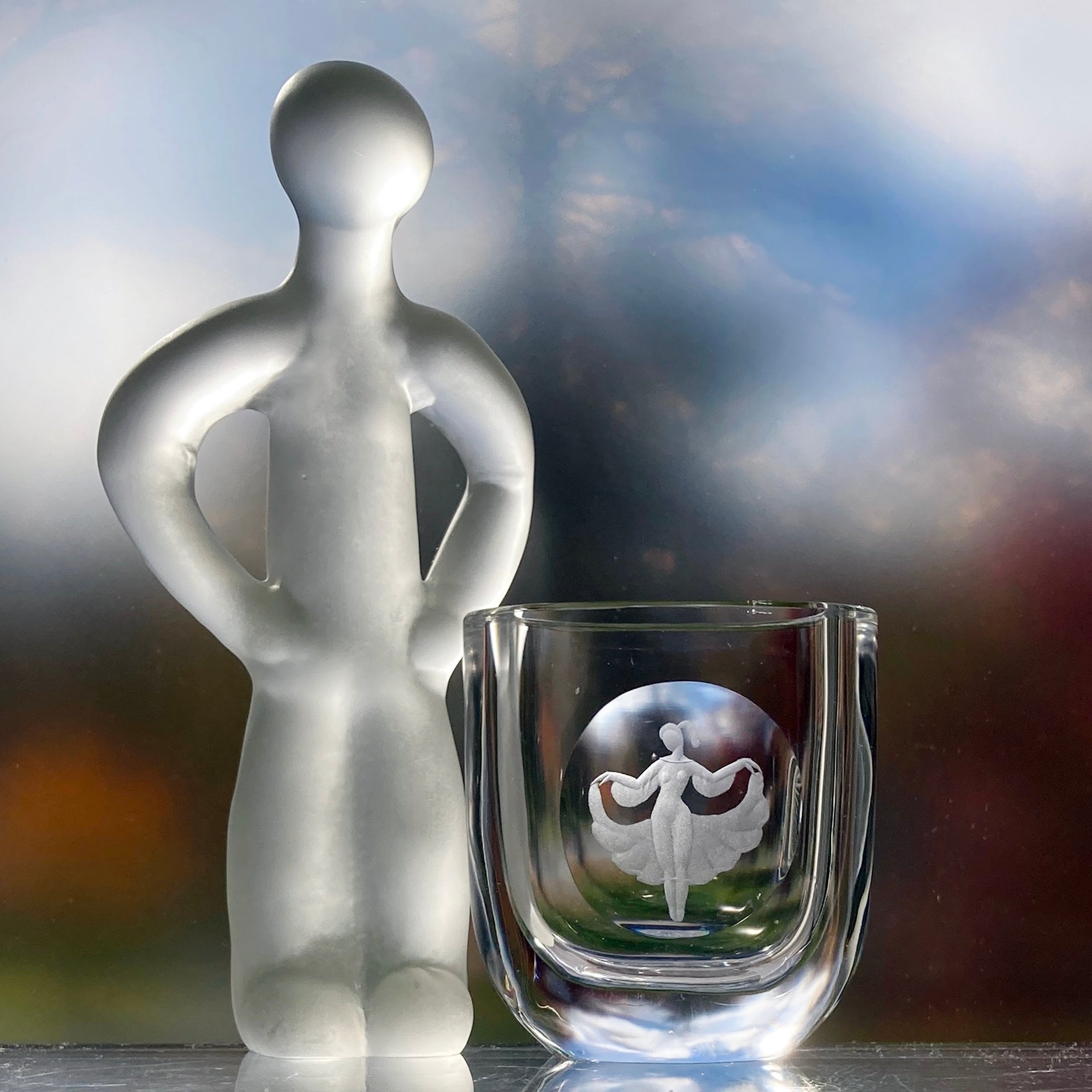 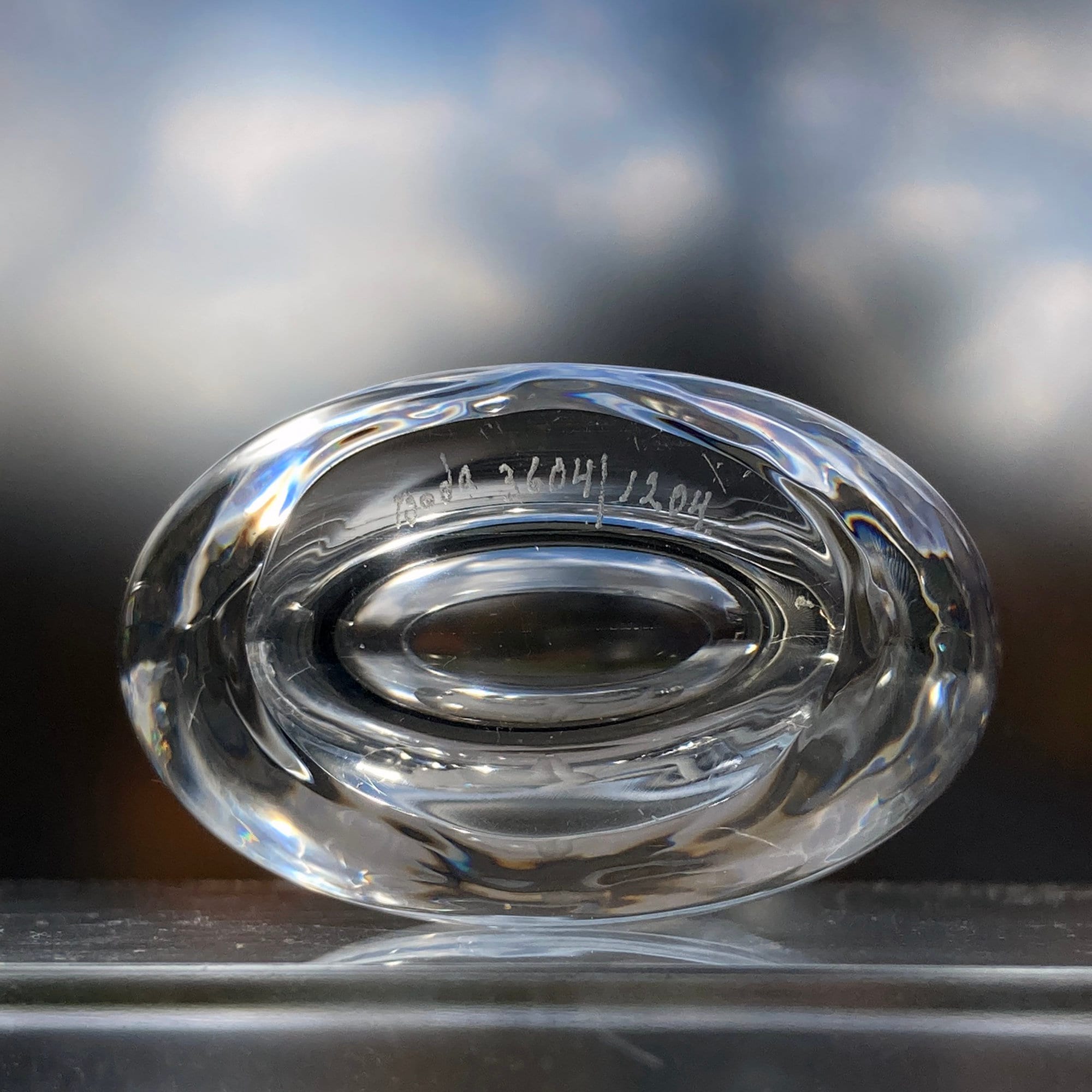 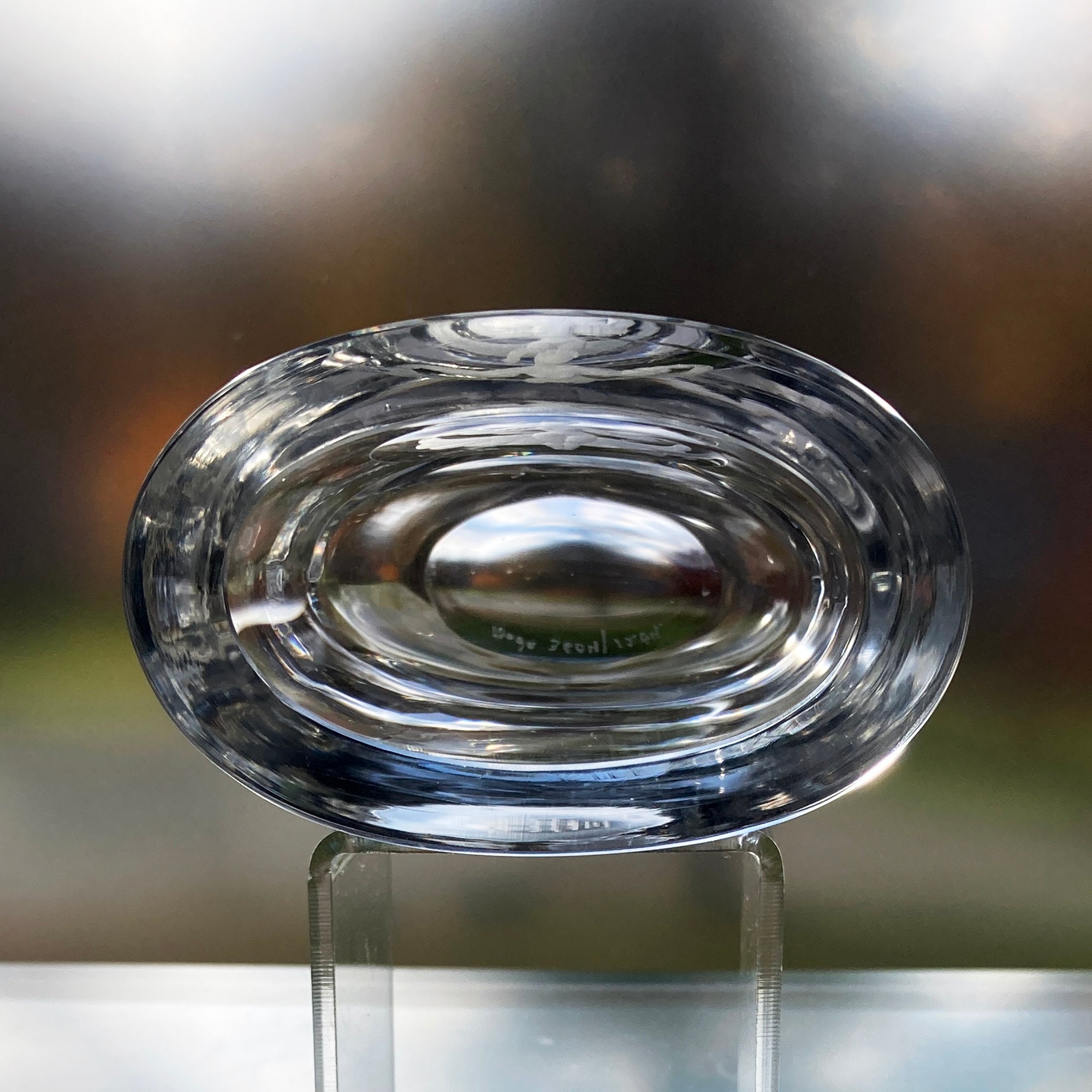 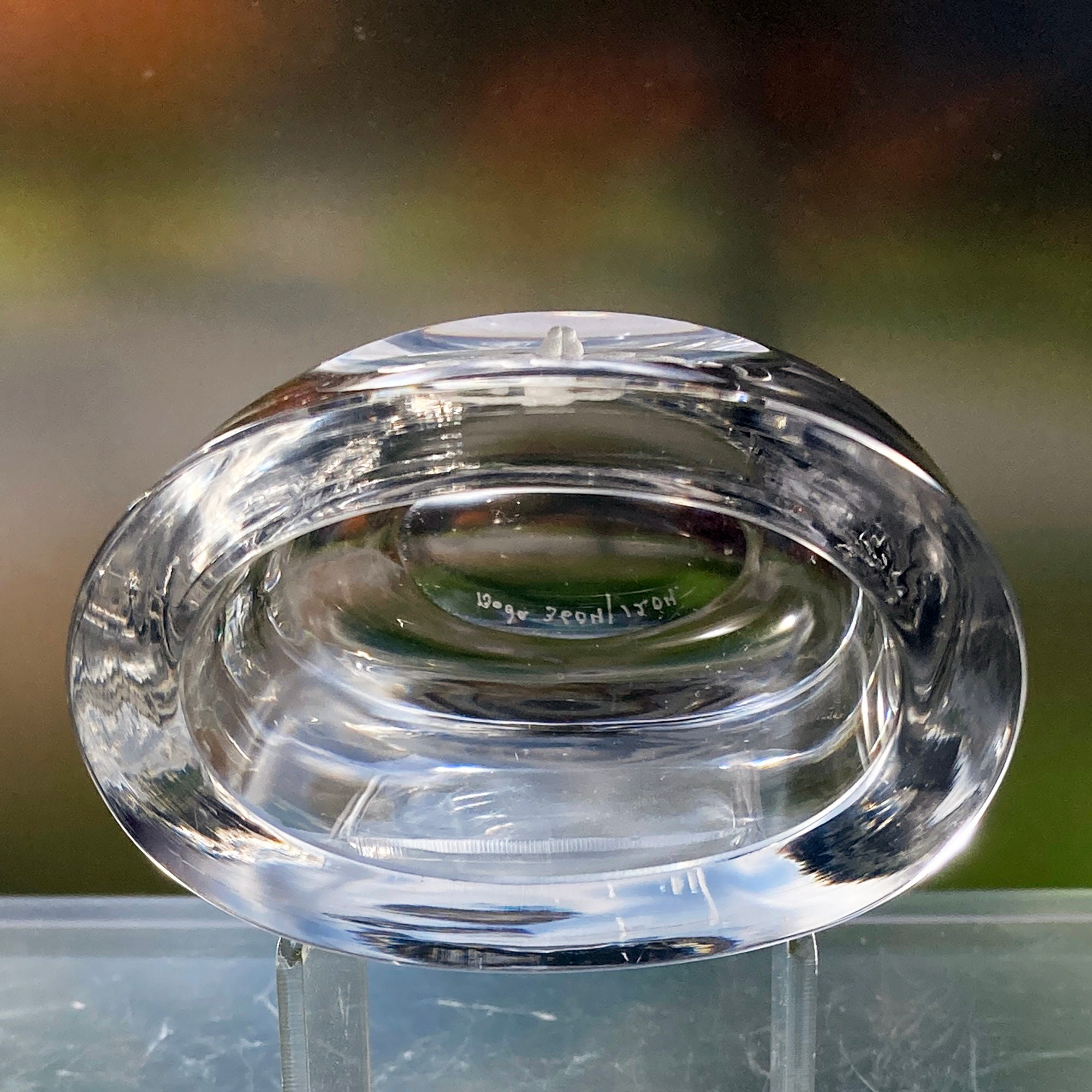 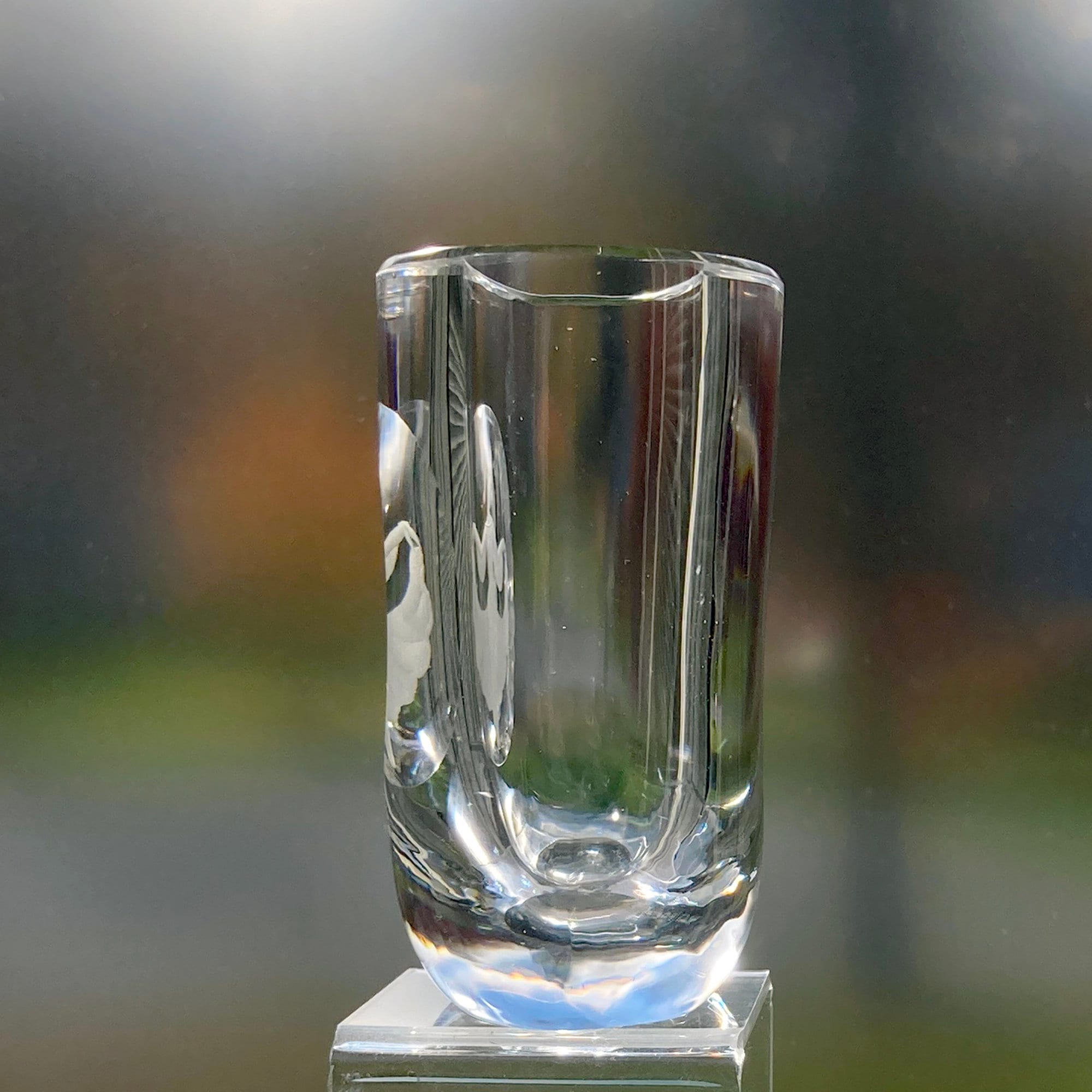 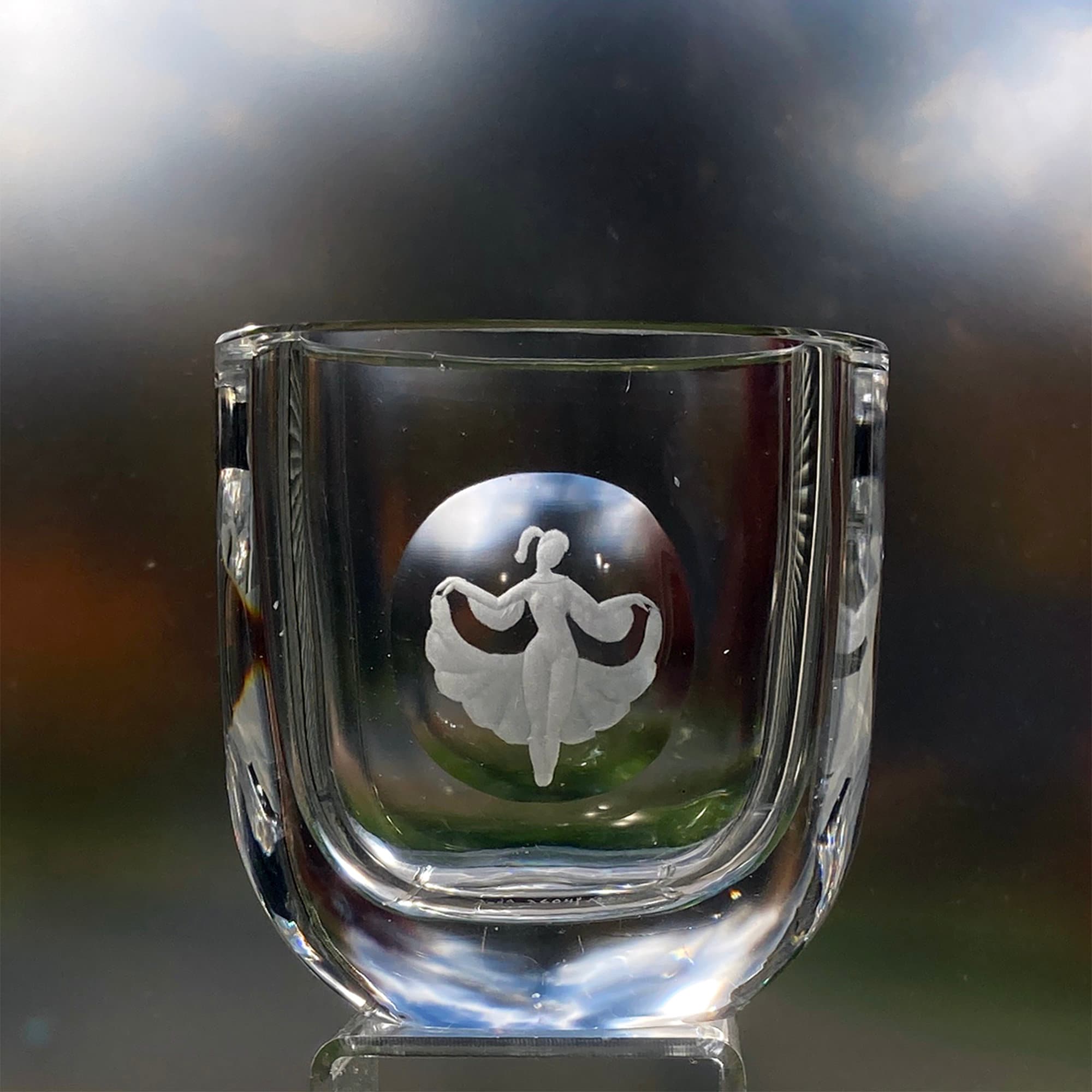 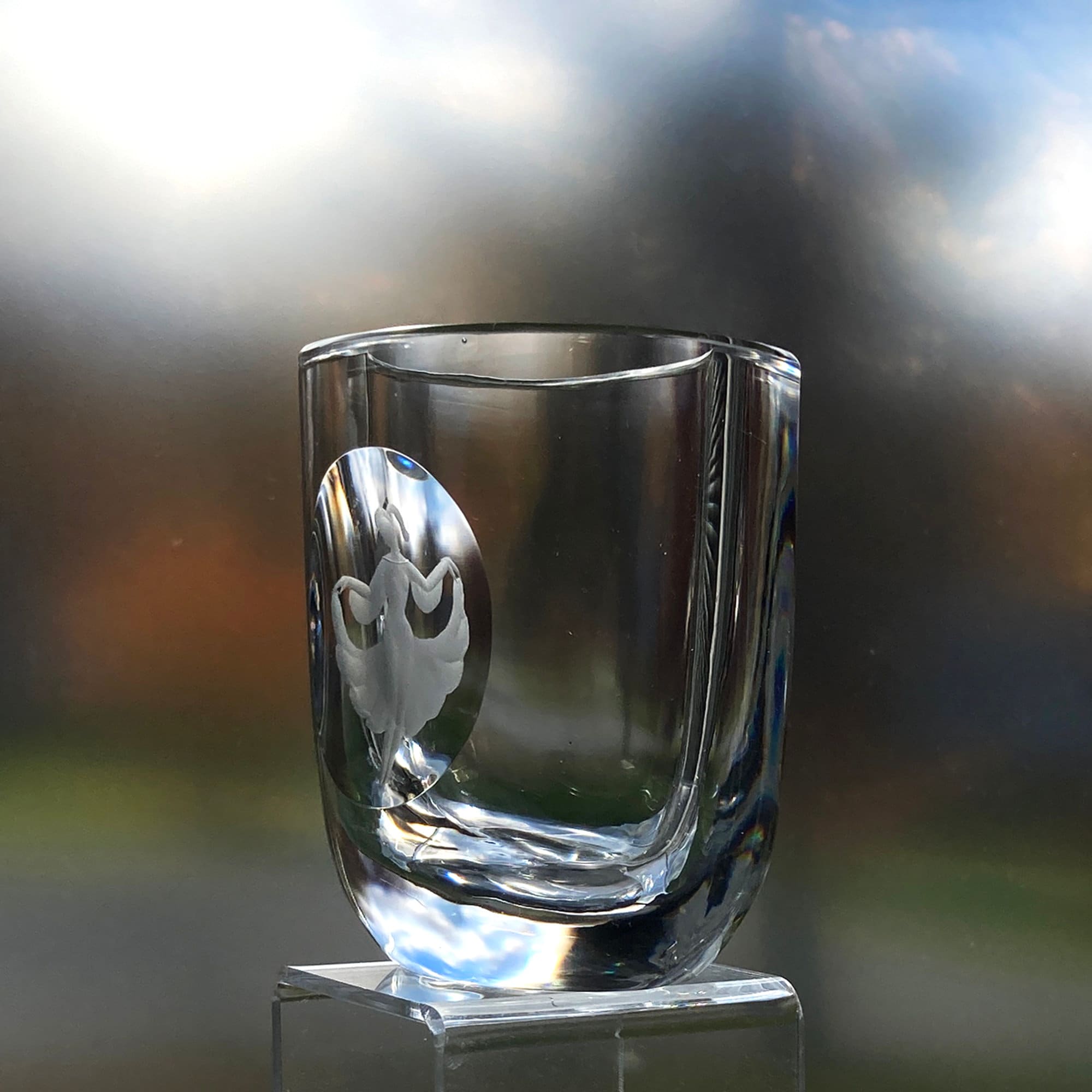 This little vase is about 75 years old, and it sparkles in the sun! It was made by the Swedish glass company, Boda, long before they merged with that other Swedish glass company, Kosta. I don't know much about the artists and craftsmen at Boda, but I would guess that Fritz Kallenberg designed the vase and the image.

The vase is a perfect size for displaying on a shelf or window sill where it can catch the sunlight. It is 4" x 2.5" x 4.5" and it weighs 1.75 pounds. It is a charming scene, a young woman, dancing and holding her skirts, as if to curtsy. I've never seen another one like it.

The vase has a ground surface in its face, called a cartouche, where the engraver creates the picture. The design was made by pressing the glass against a copper wheel, which was spinning like a Dremel tool. A slurry of oil and grit would coat the wheel, cutting into the glass. Different sizes of wheels made different kinds of cuts. This technique had widespread use in Sweden until the 1950's, when an engraving pen, based on a dentist's drill was invented. Because it was easier to master the use of the pen, many companies switched to using it. Cool stuff.