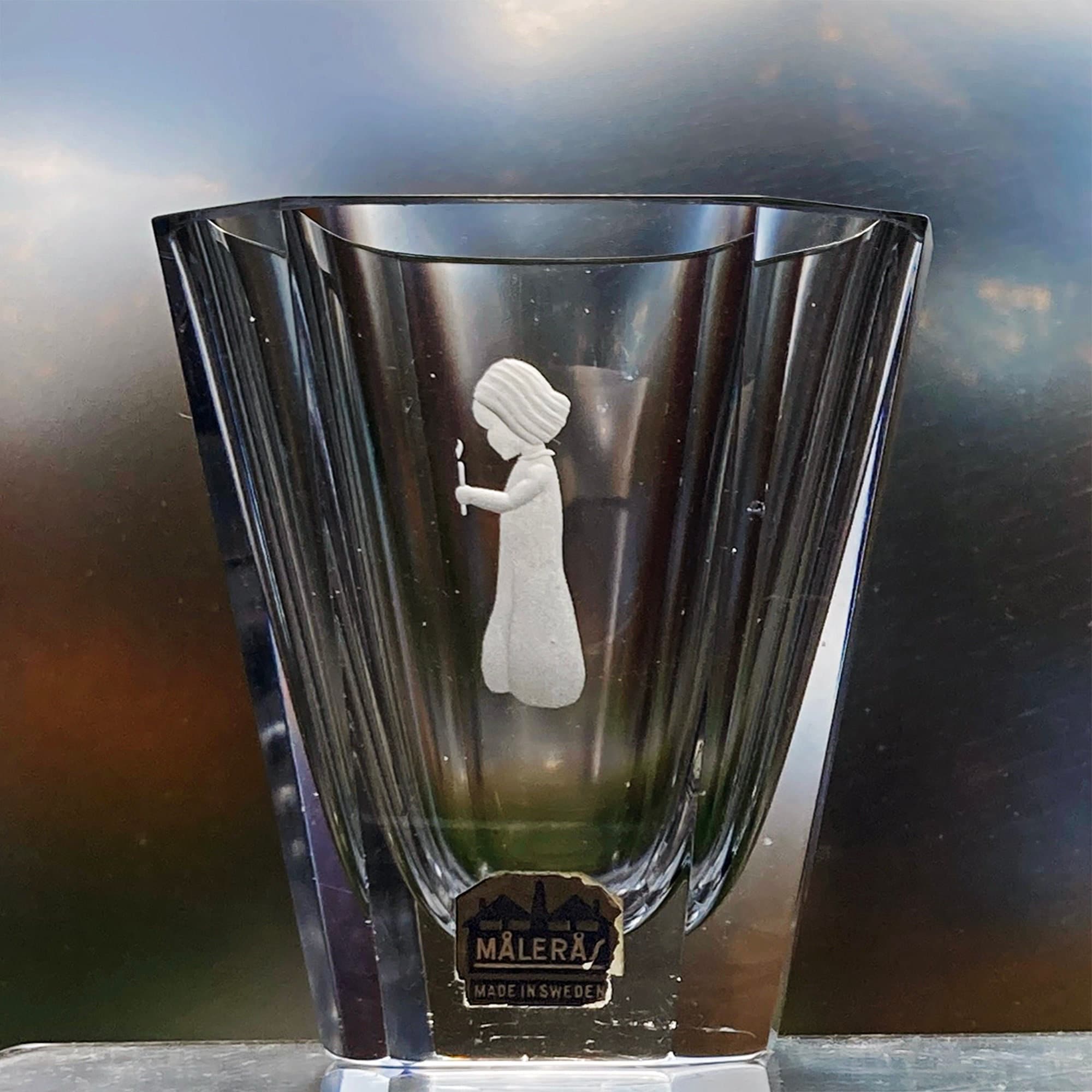 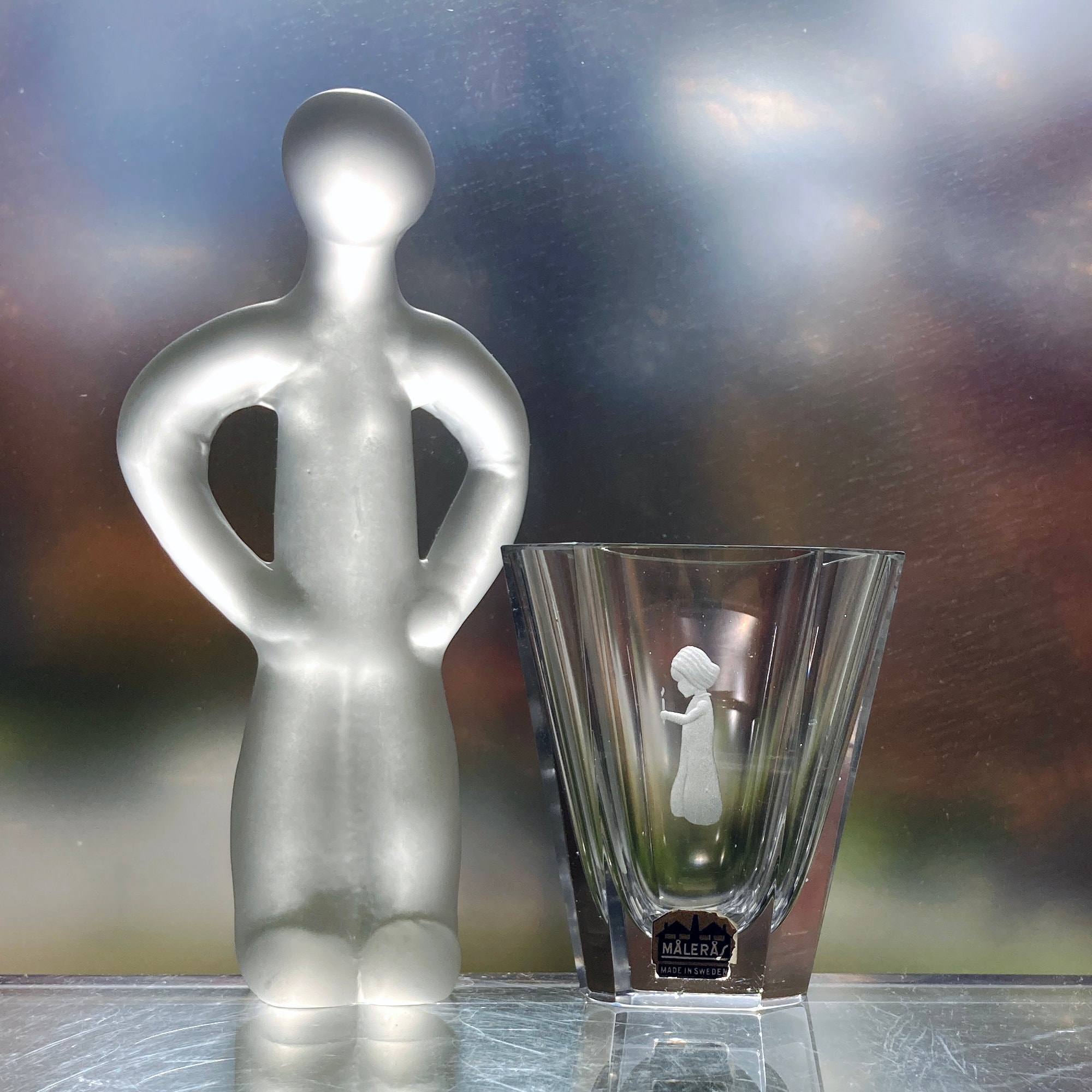 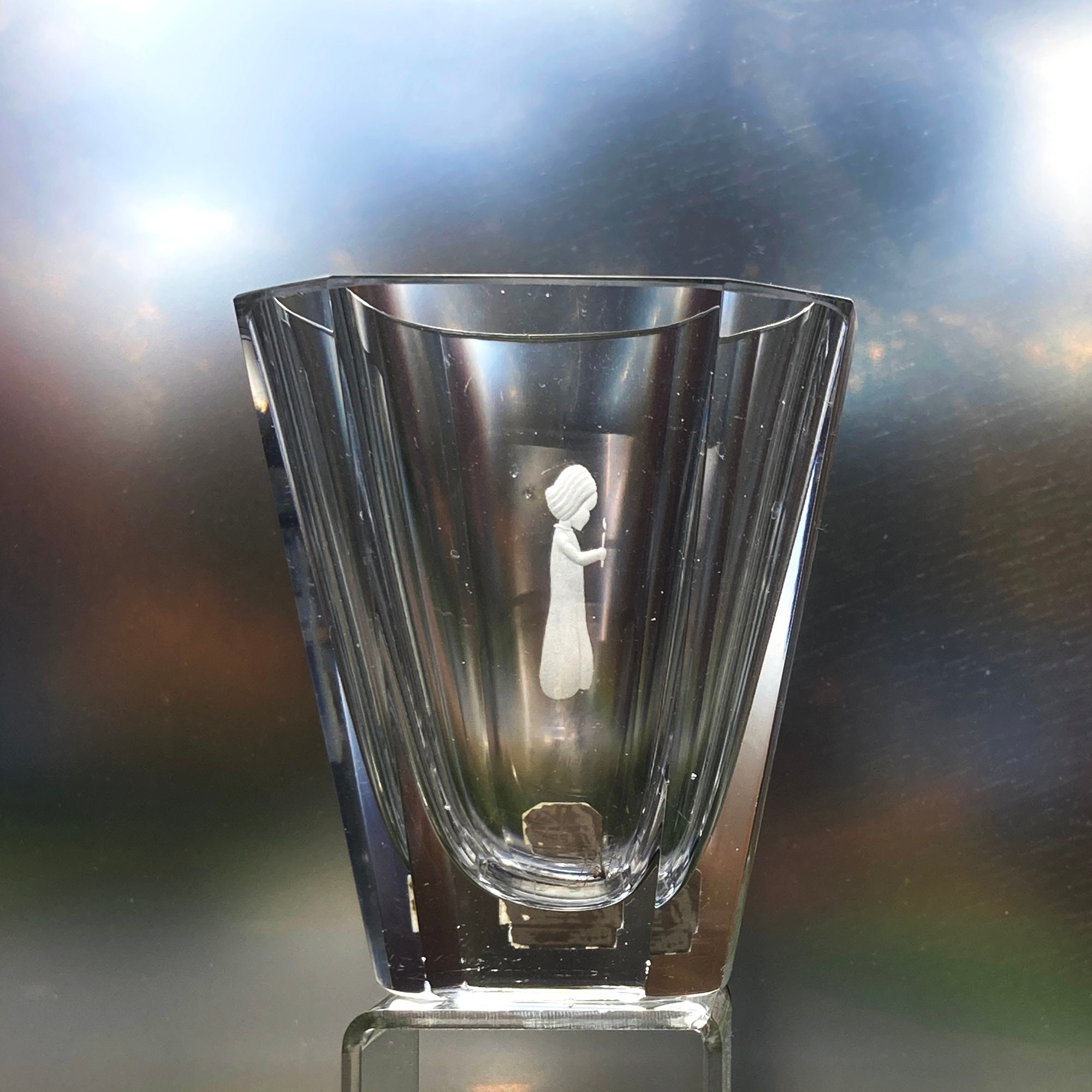 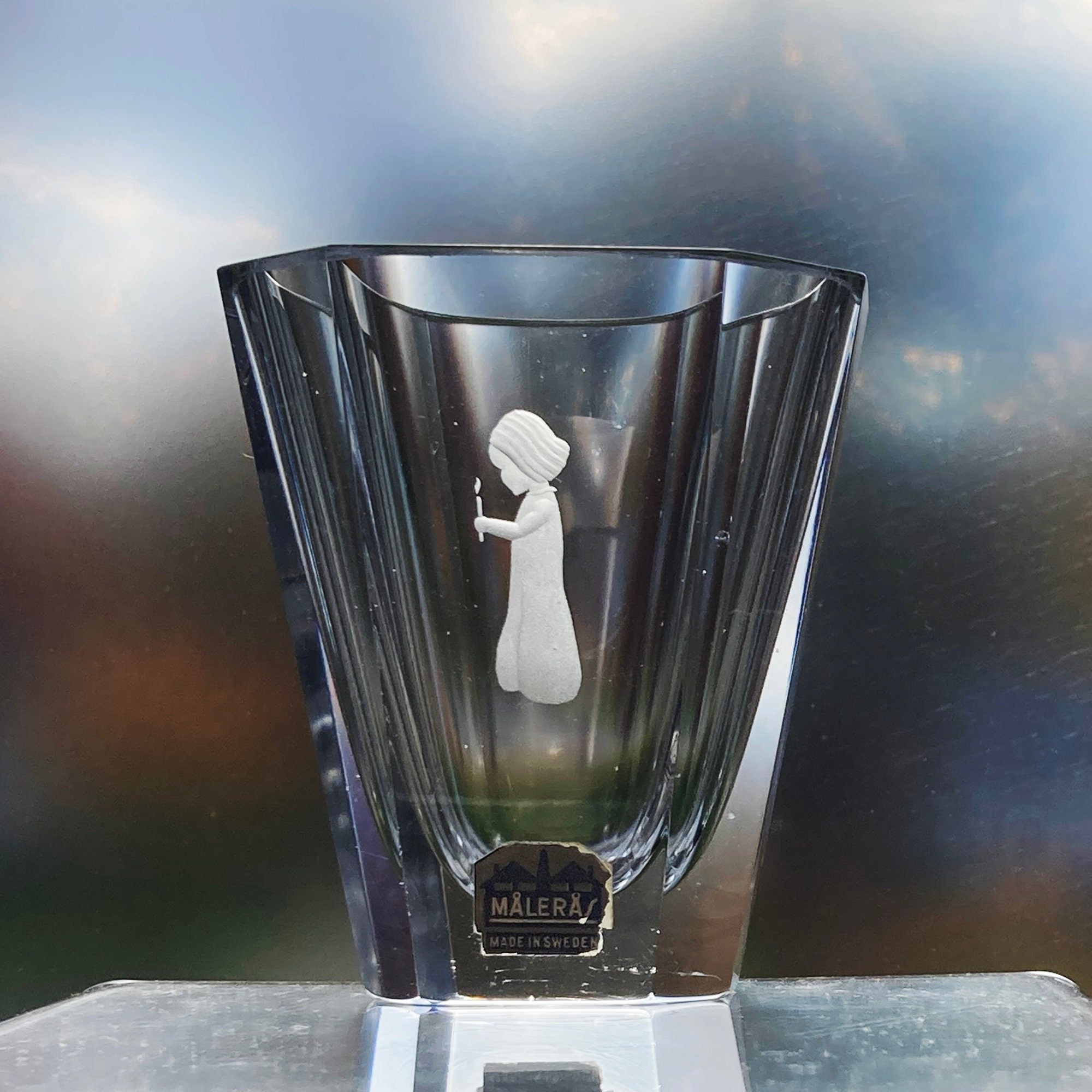 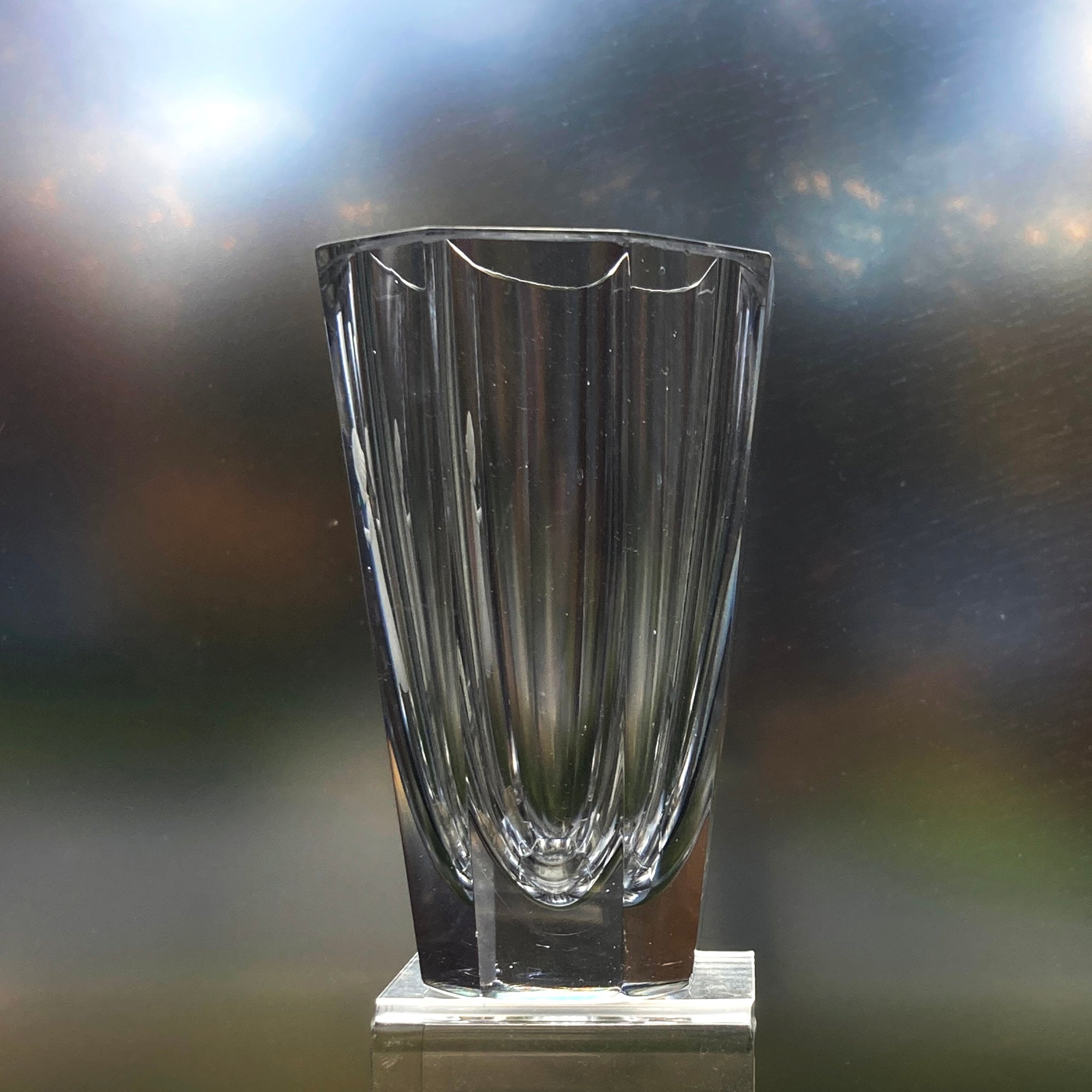 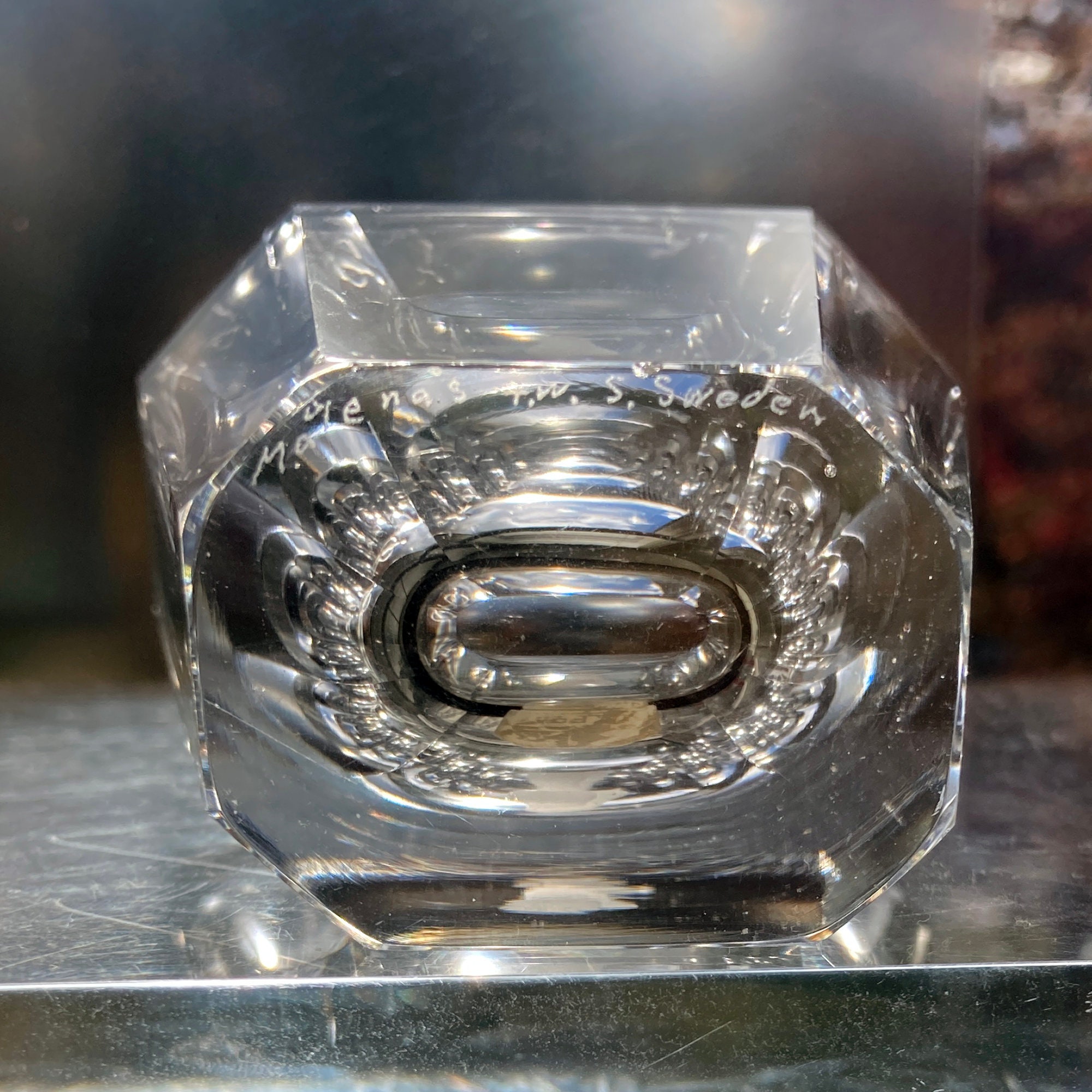 This vintage, copper-wheel engraved crystal vase was made at Målerås, likely in the 1950s. The designer, Folke Walving, captured the charm of a little girl, holding a candle. The condition is very good, with a few hints of age, and it has its original label. The vase is 3.75 inches tall and weighs about 0.75 pounds.