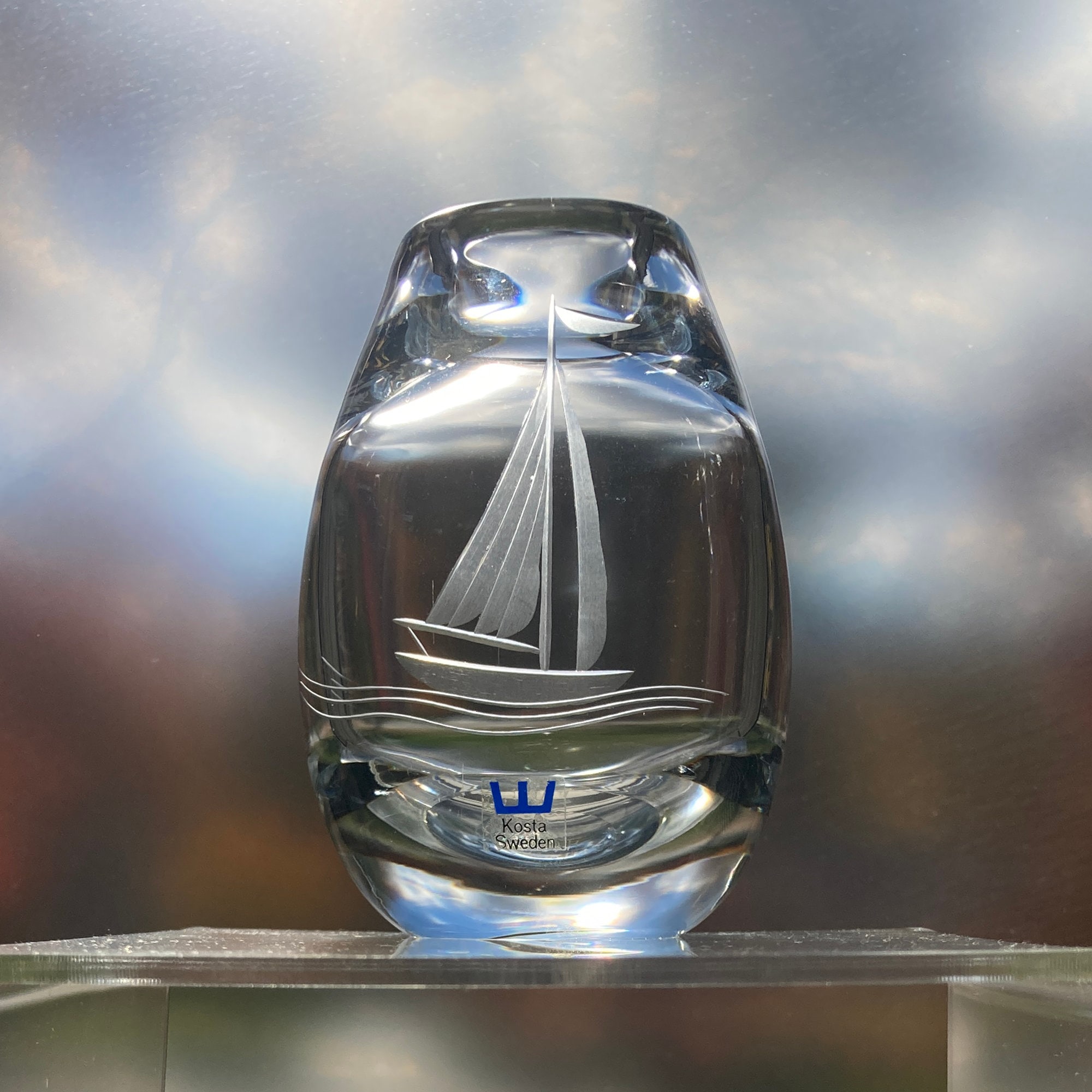 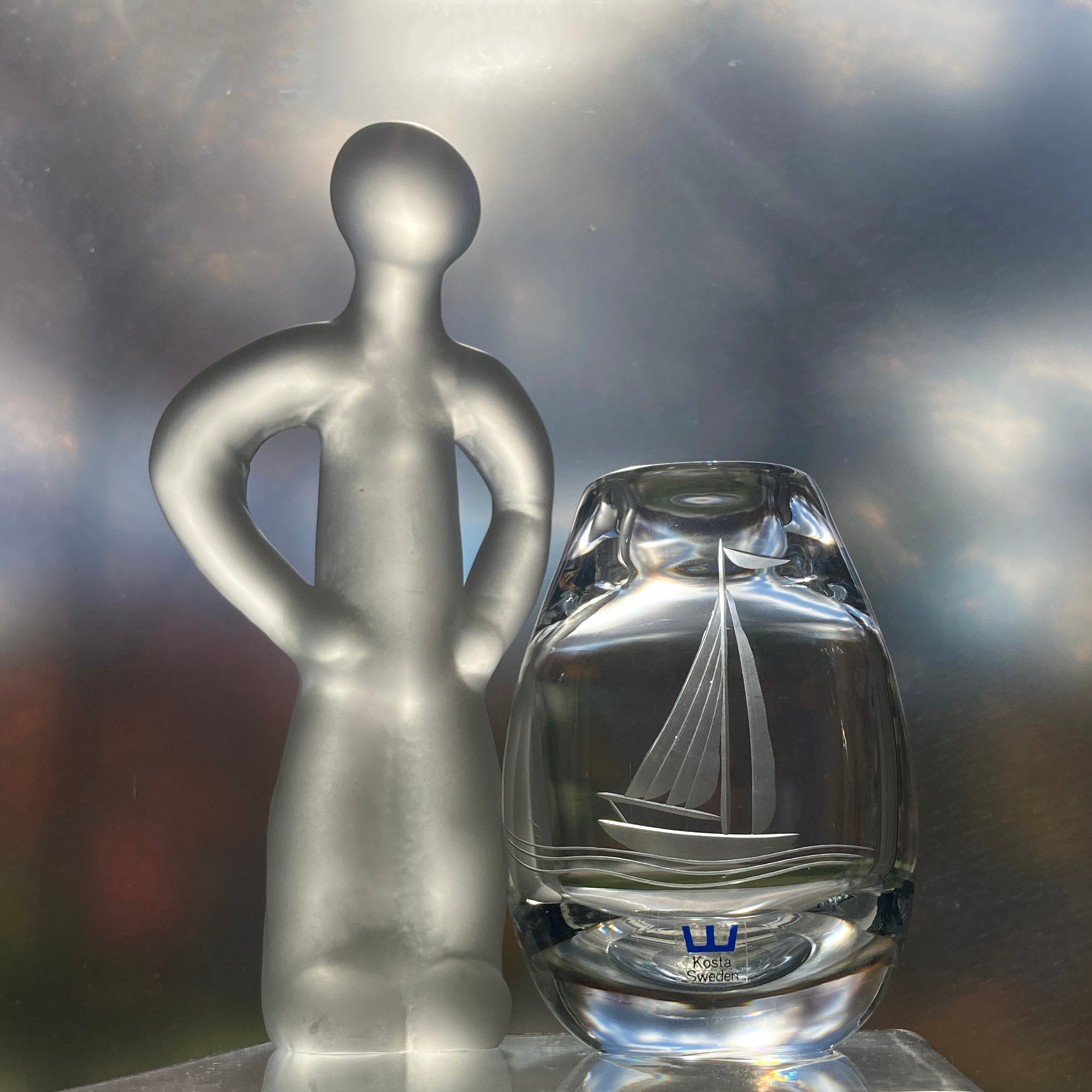 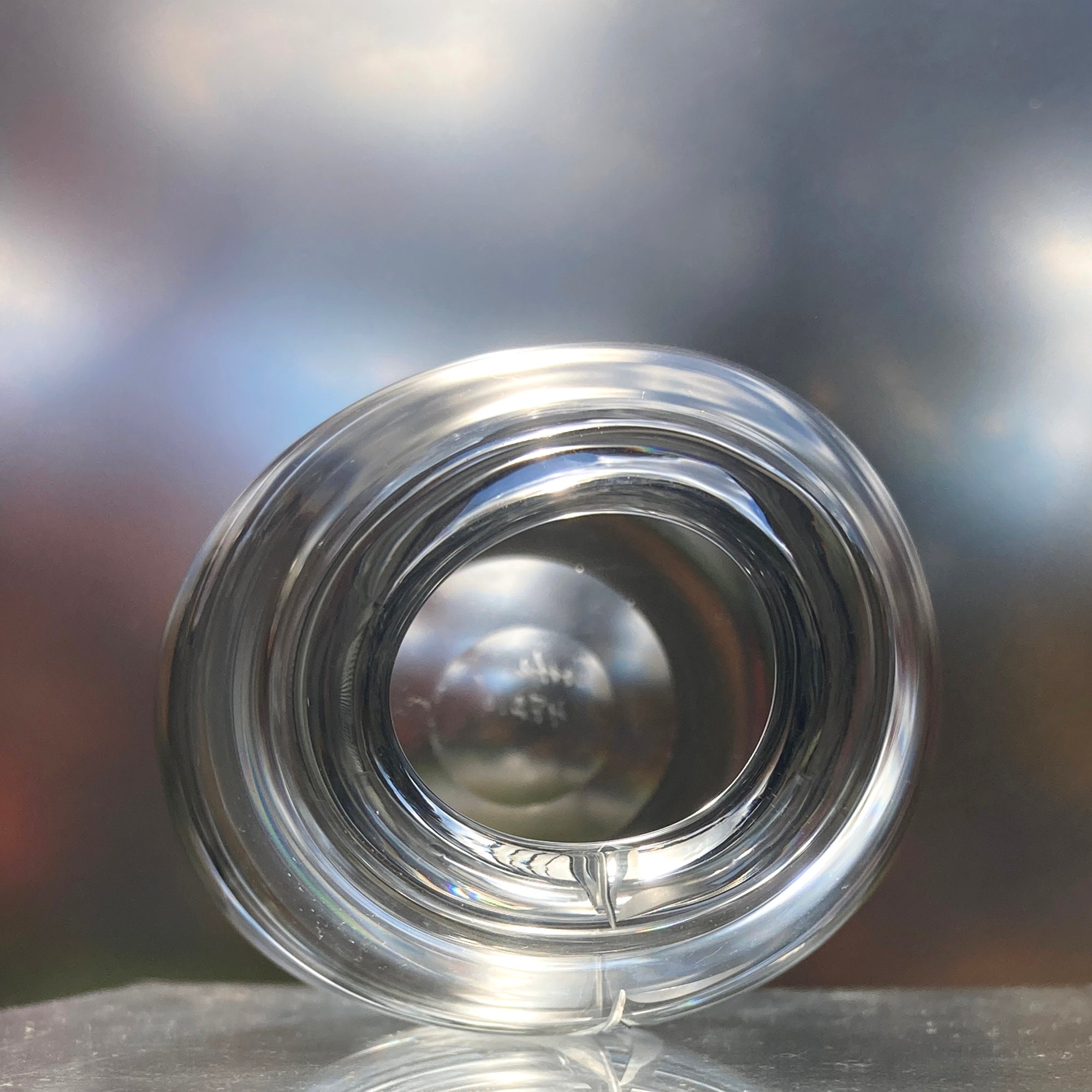 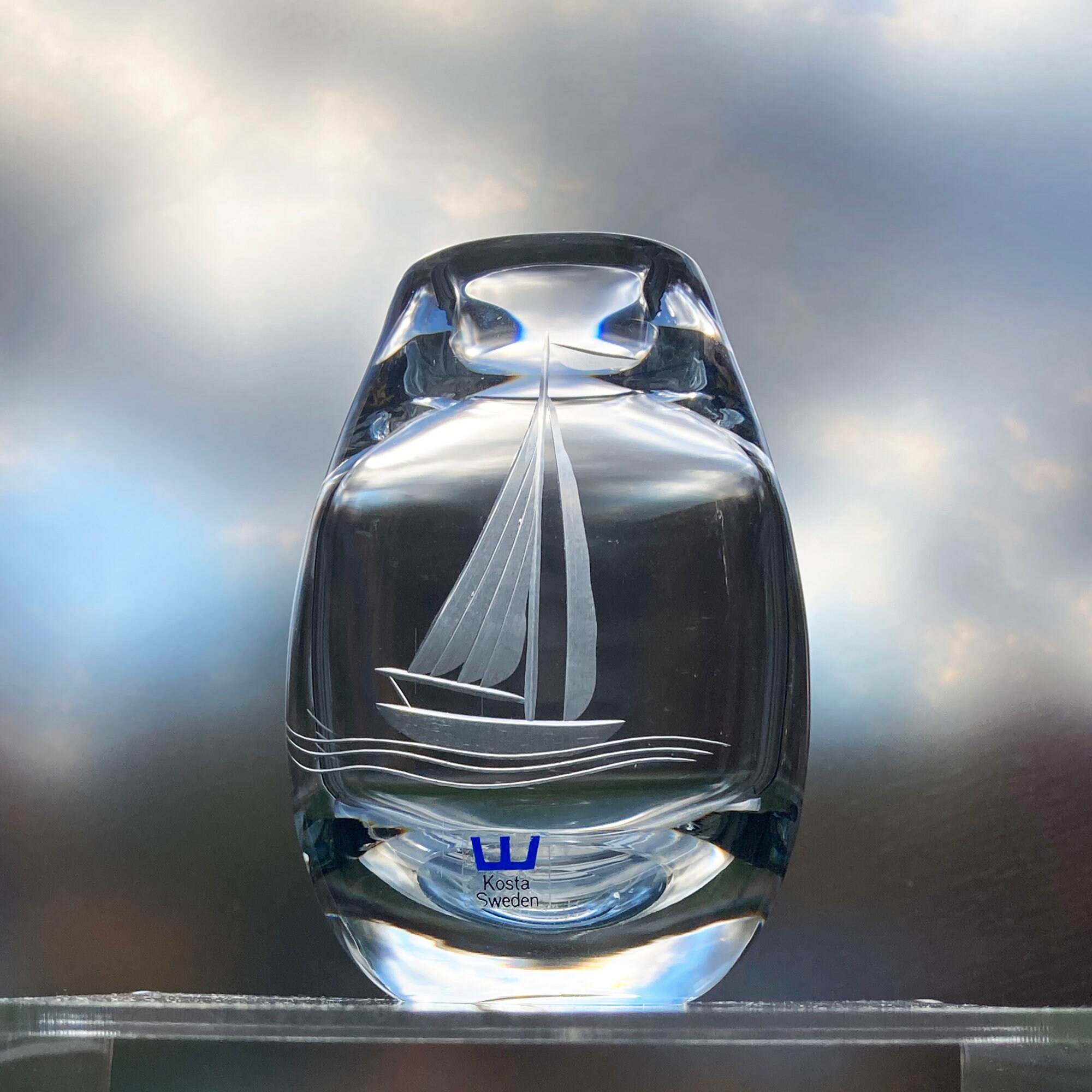 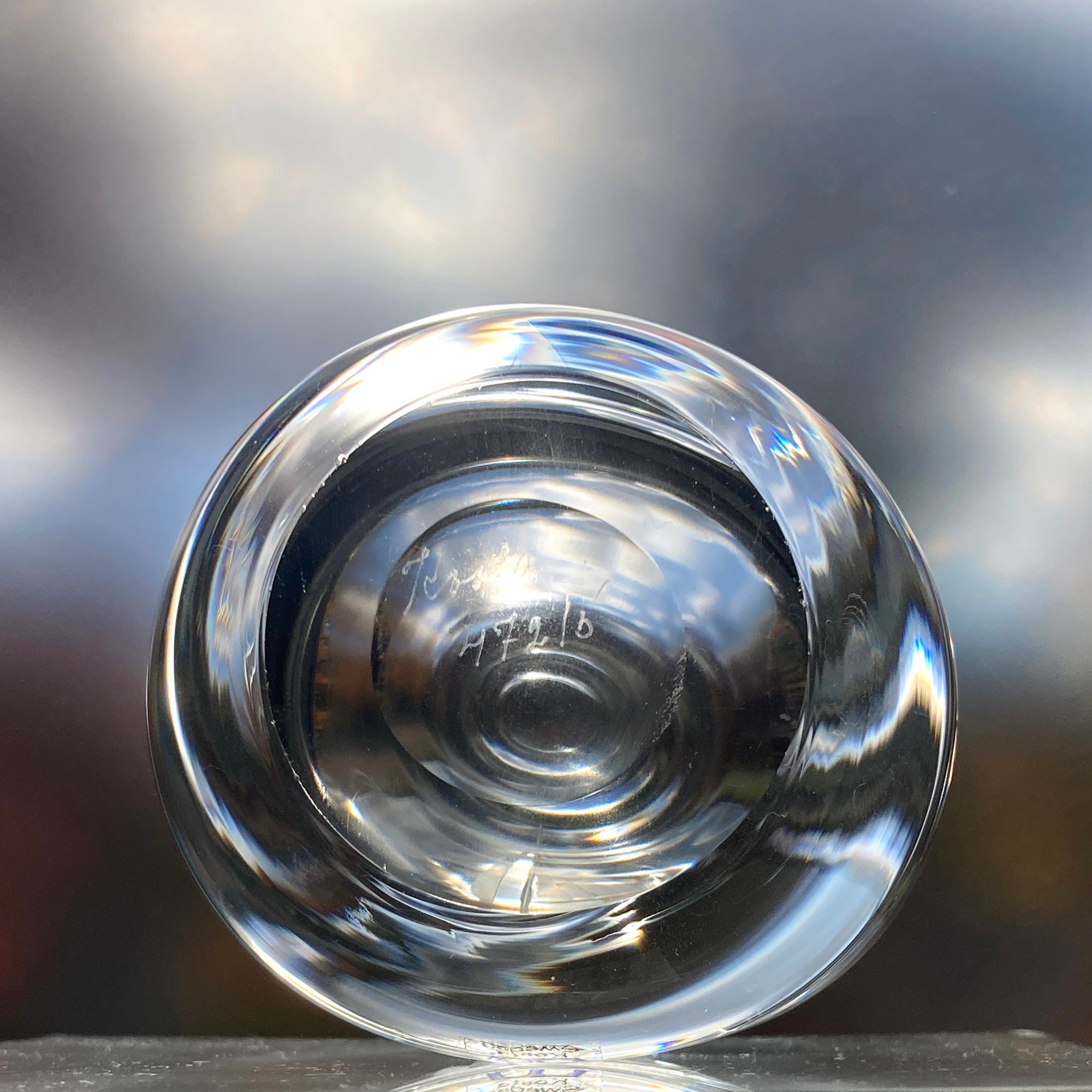 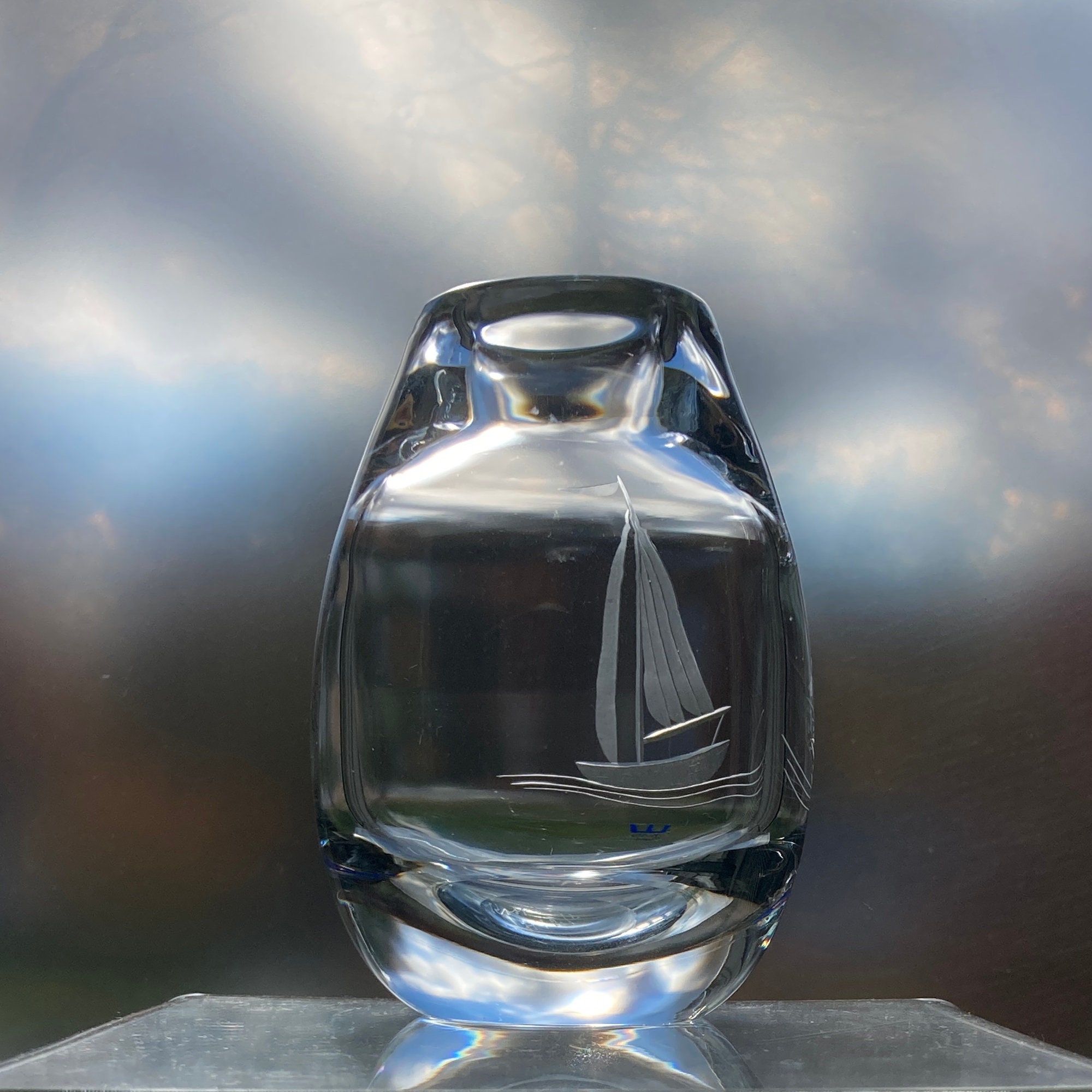 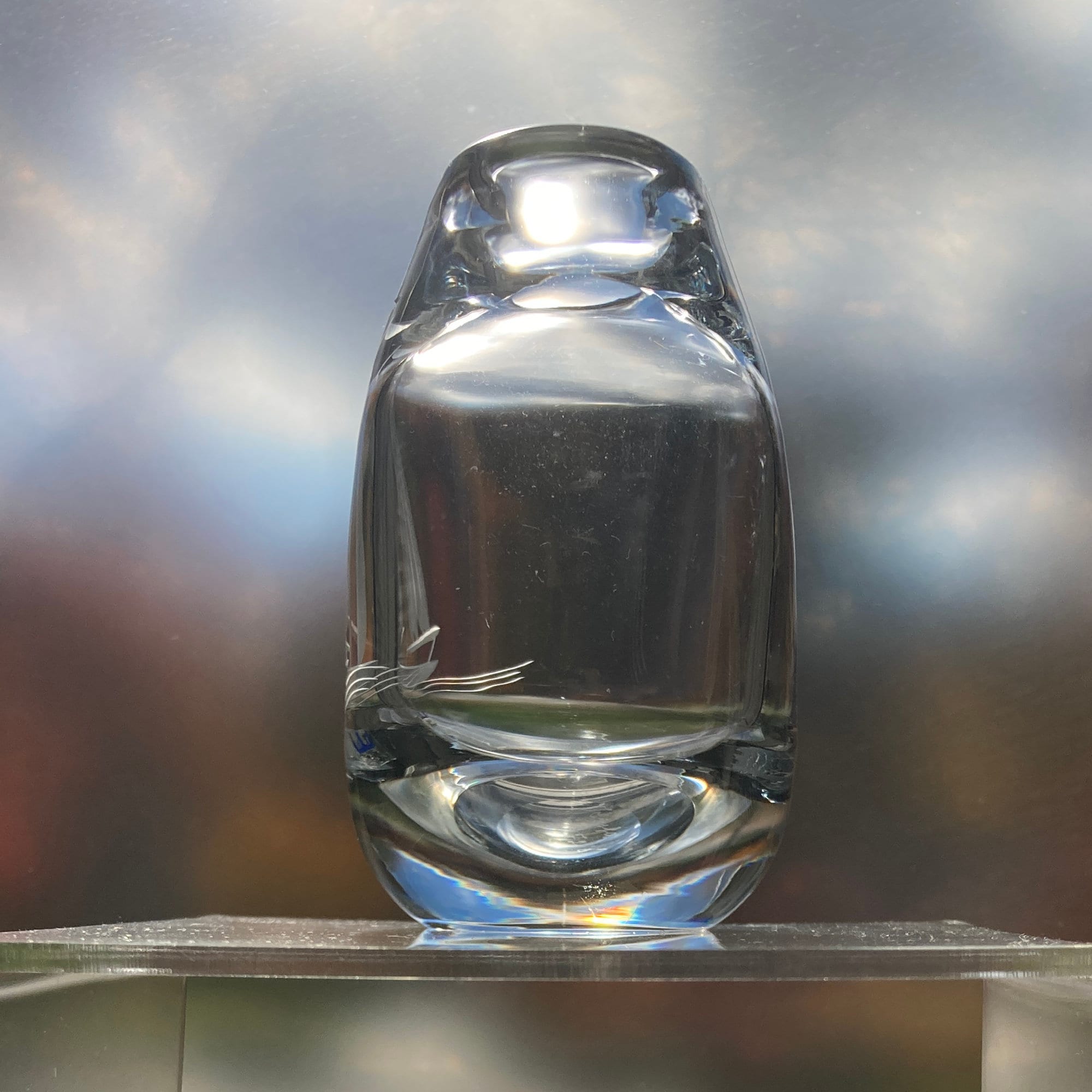 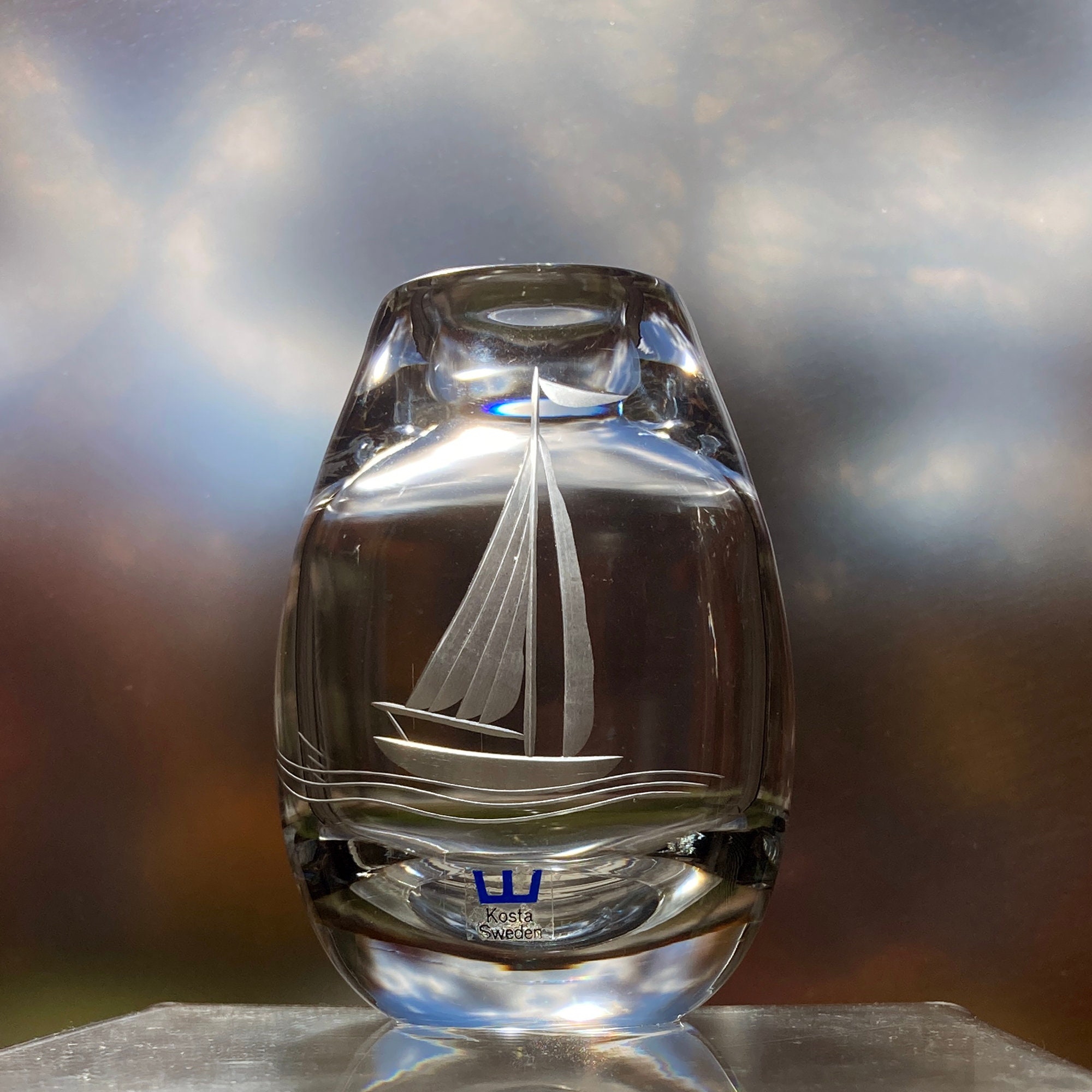 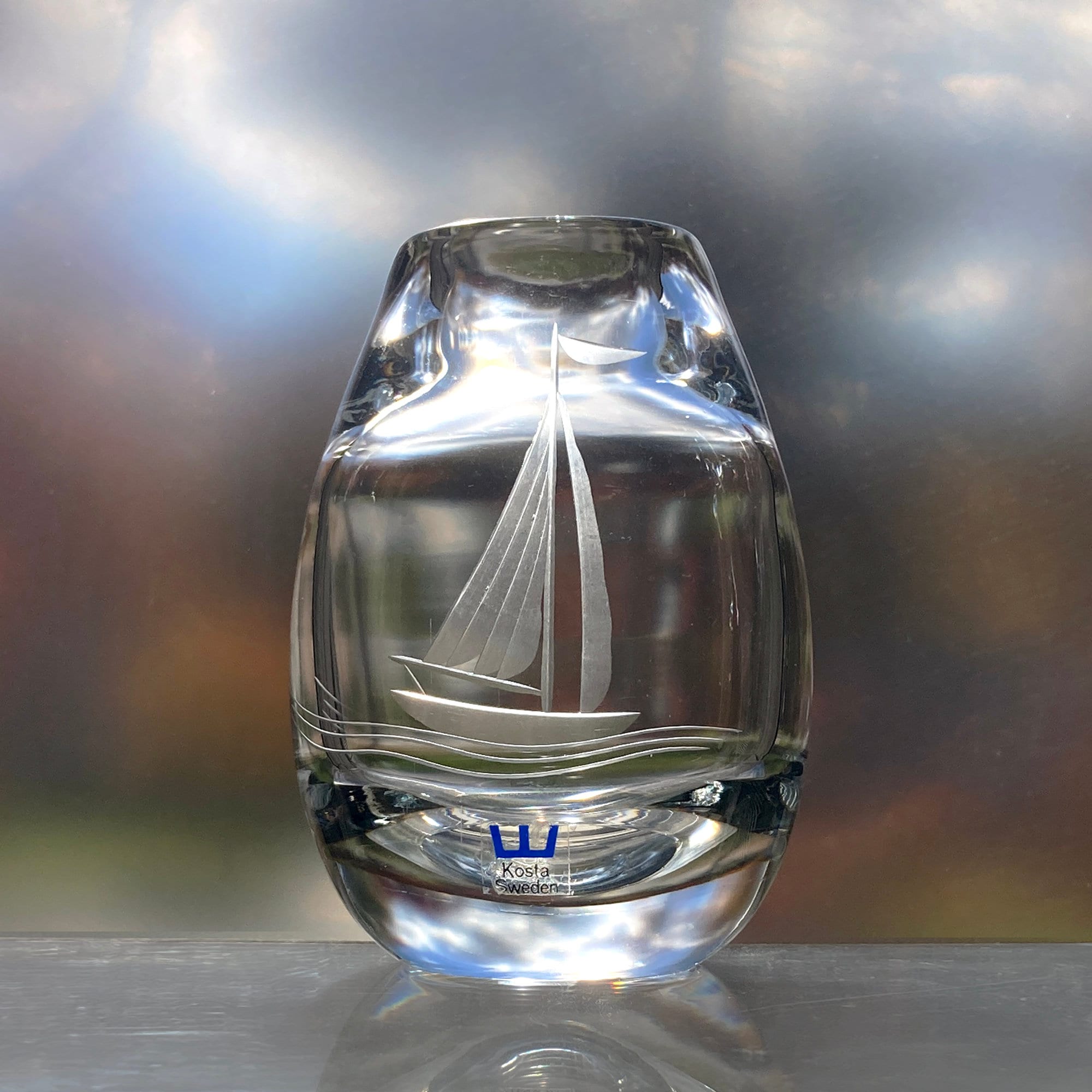 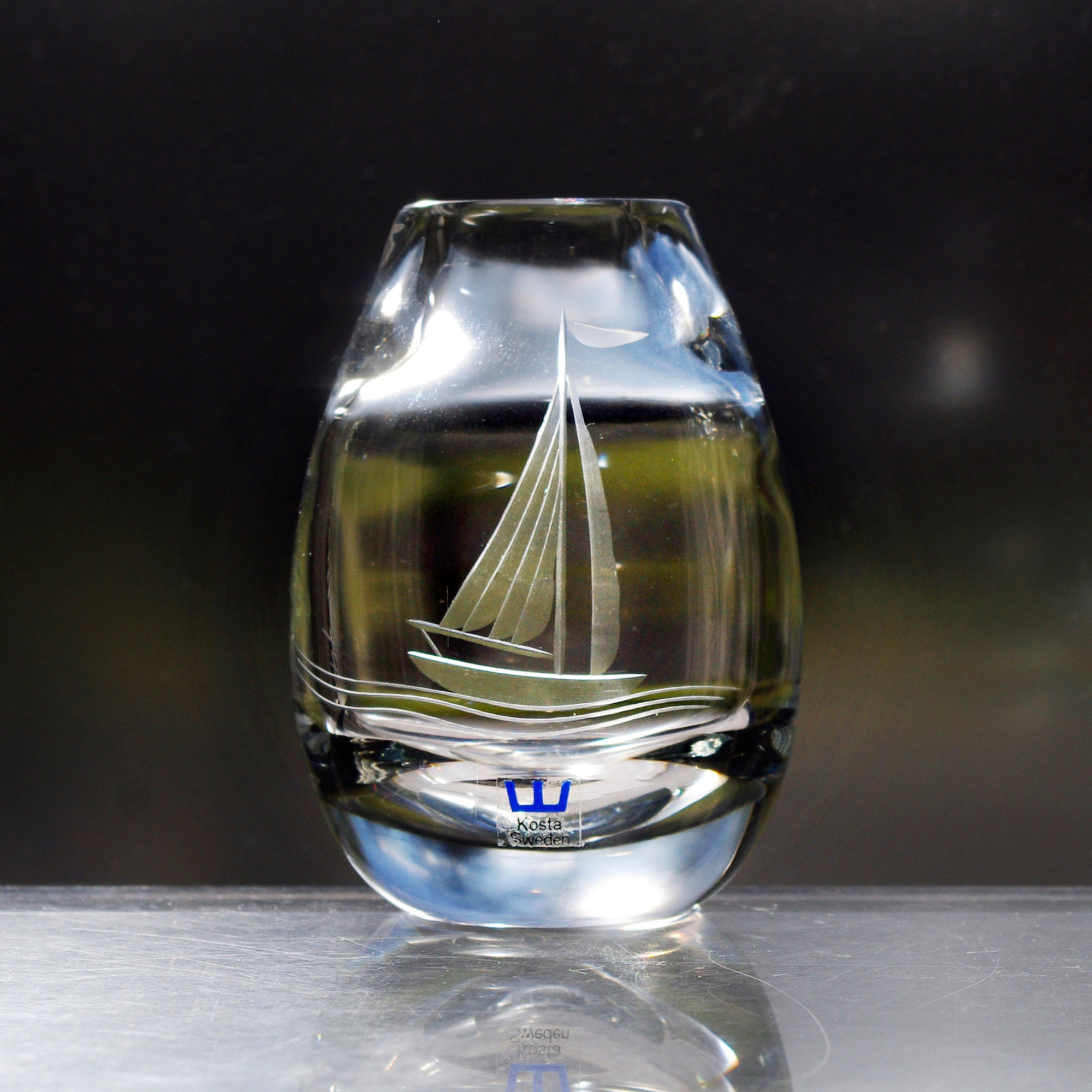 This charming vase is likely a 1970s revisit of one of Elis Bergh's timeless designs, decades earlier. The vase is heavy for its size, weighing about a pound and measuring 2.5" in diameter and 5.5" tall. It has marvelous optic rings on the inside that sparkle like the waves in the sea. It was engraved using the traditional copper-wheel method, one that requires great skill. The base is signed “Kosta 47215,” where the 72 is the date. The piece has a few small scratches and marks, but otherwise, it is in excellent condition.

Between 1928 and 1950, Elis Bergh was the artistic leader of Kosta glass mill. After 1950 until his death in 1954 he appeared as a consultant to Kosta. He came to Kosta for an architectural assignment in which he was to design an interior at the mill. In 1928 he was called back to draw lighting fixtures, an area in which he was considered an authority. As an artistic director he stood for the graceful yet modern design that characterized Kosta's production during the interwar period.