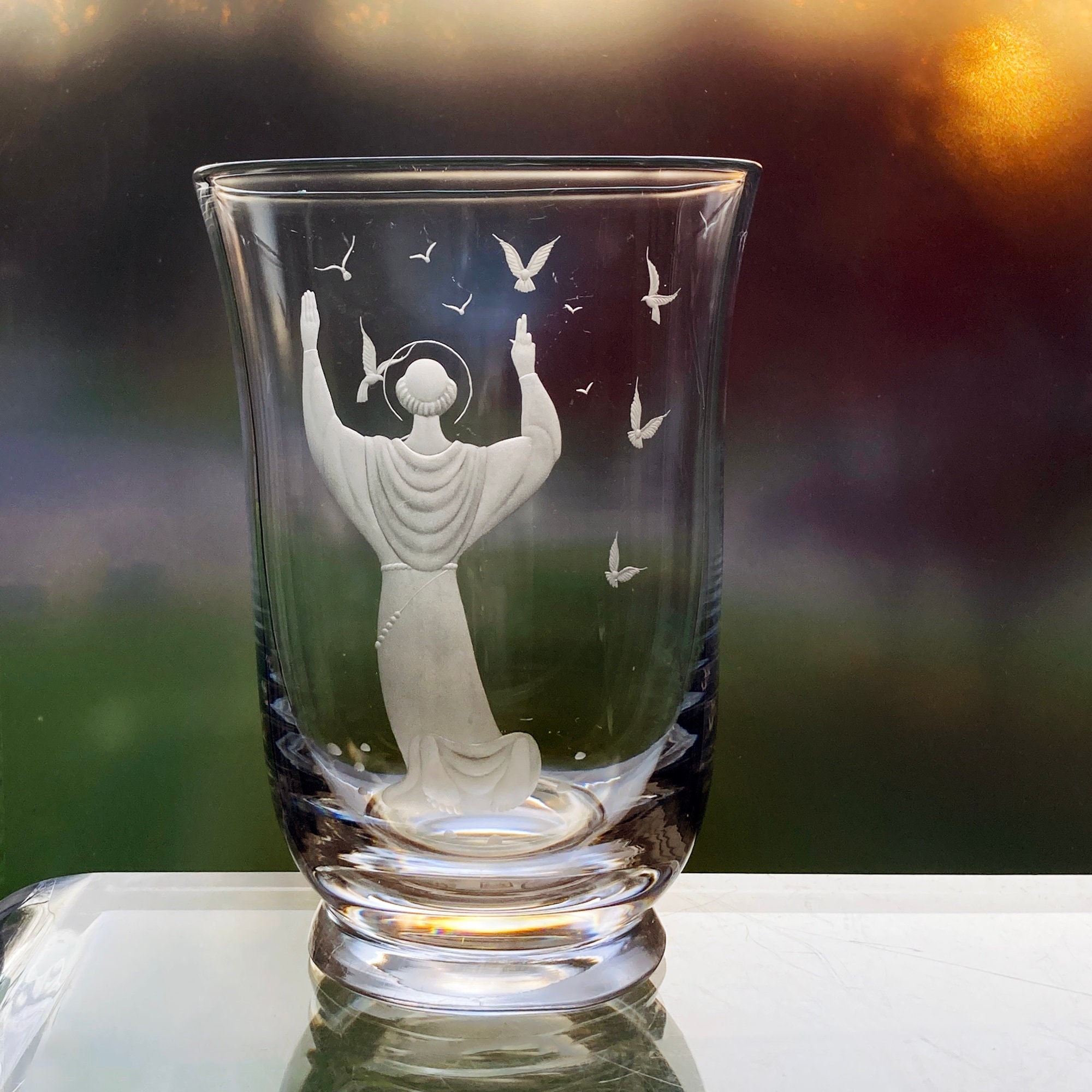 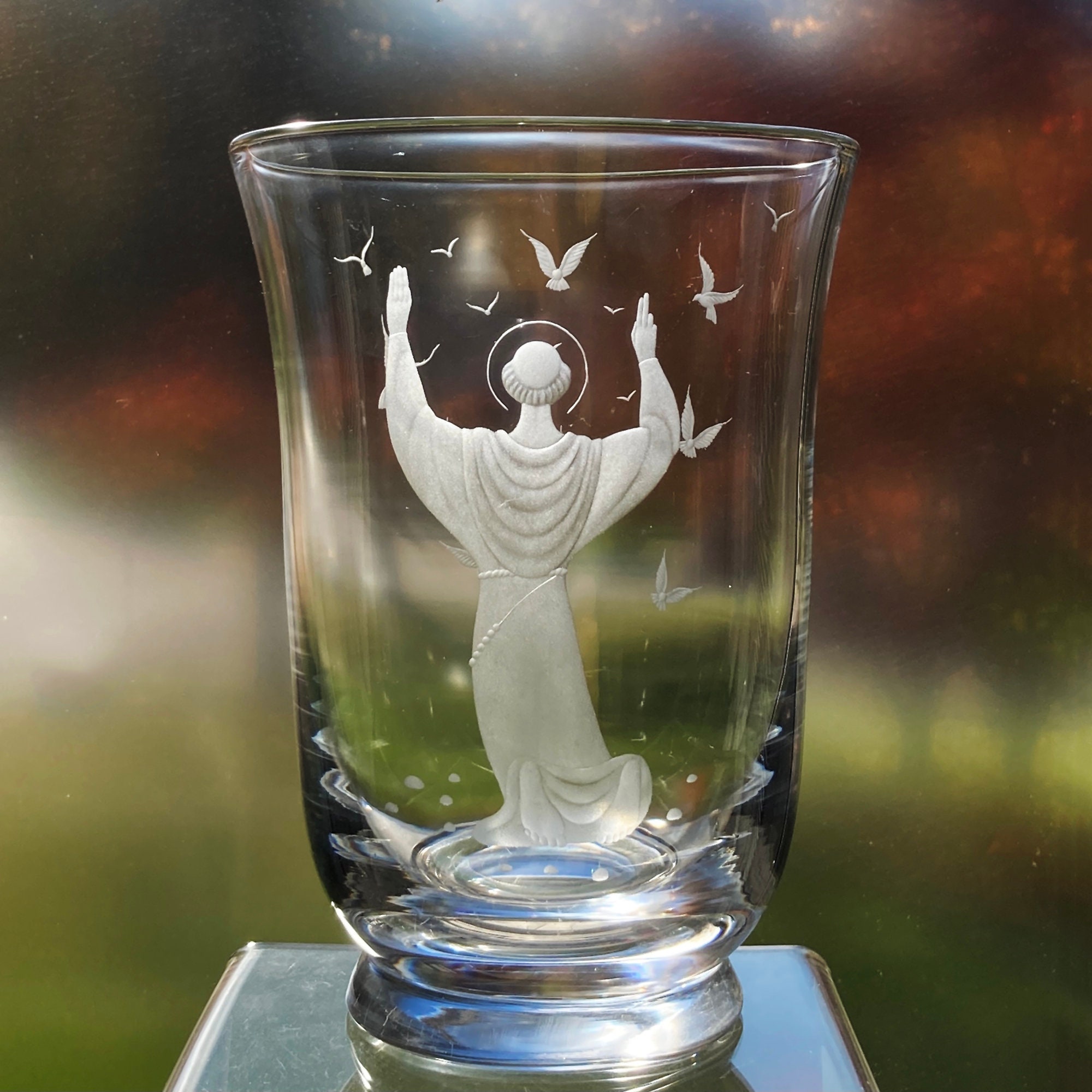 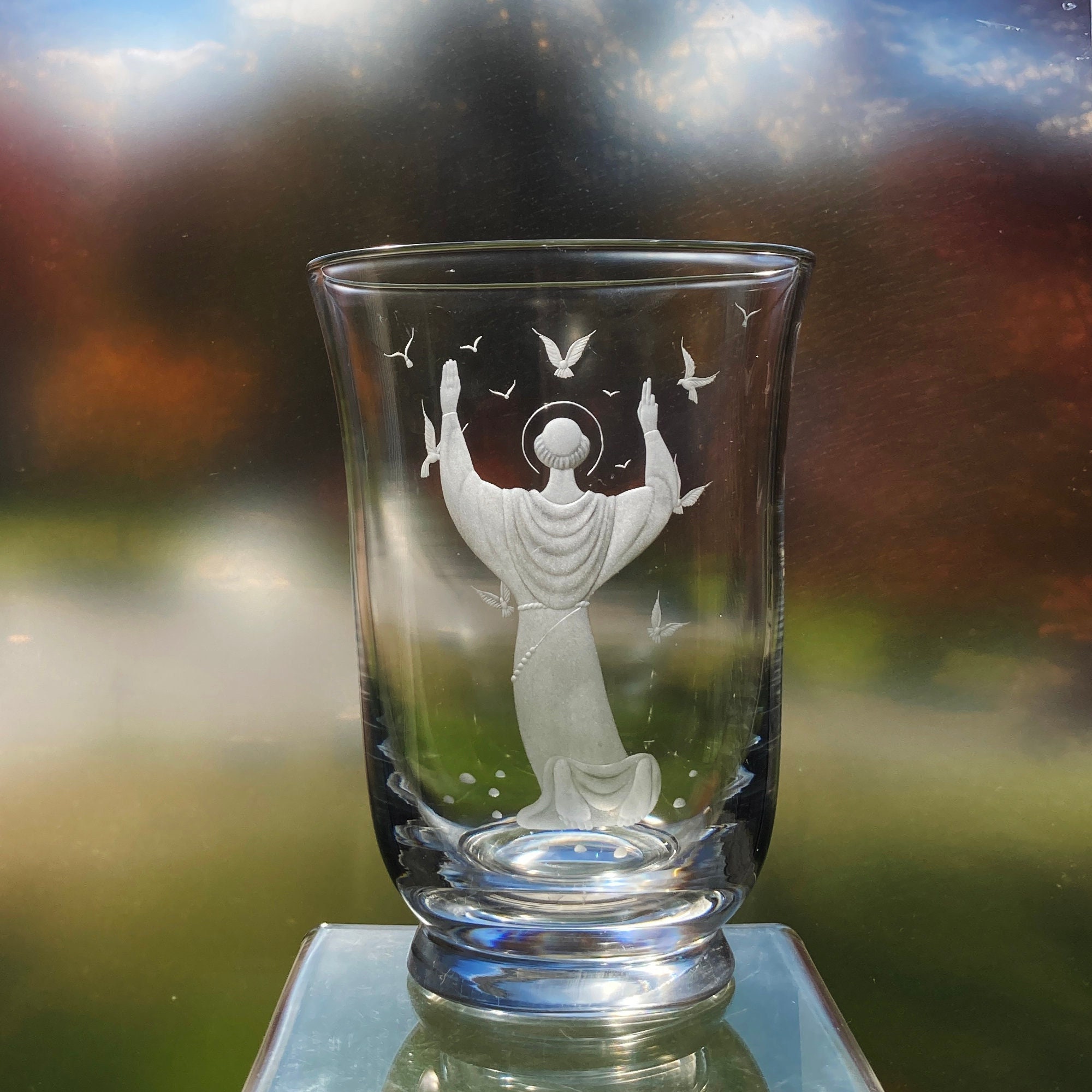 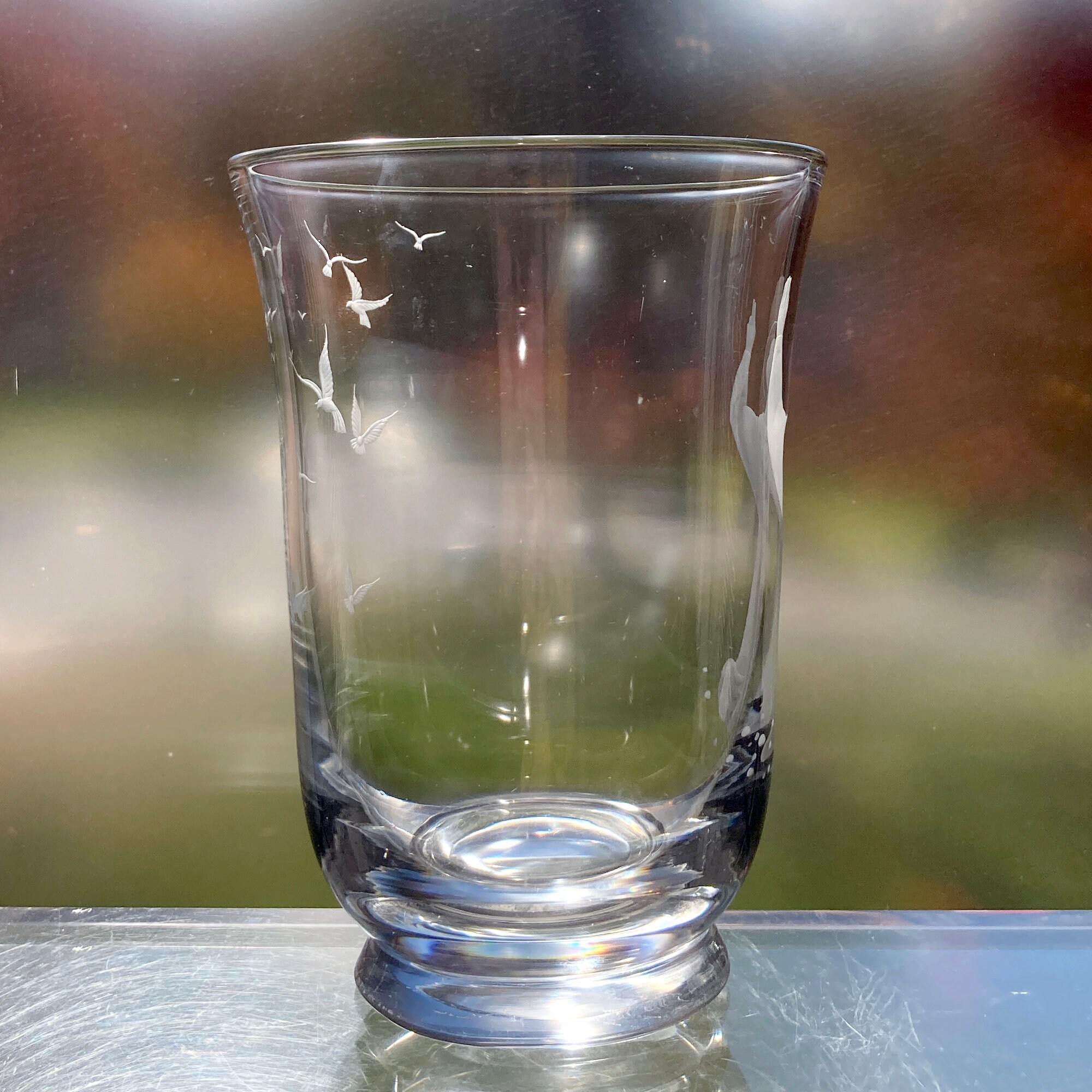 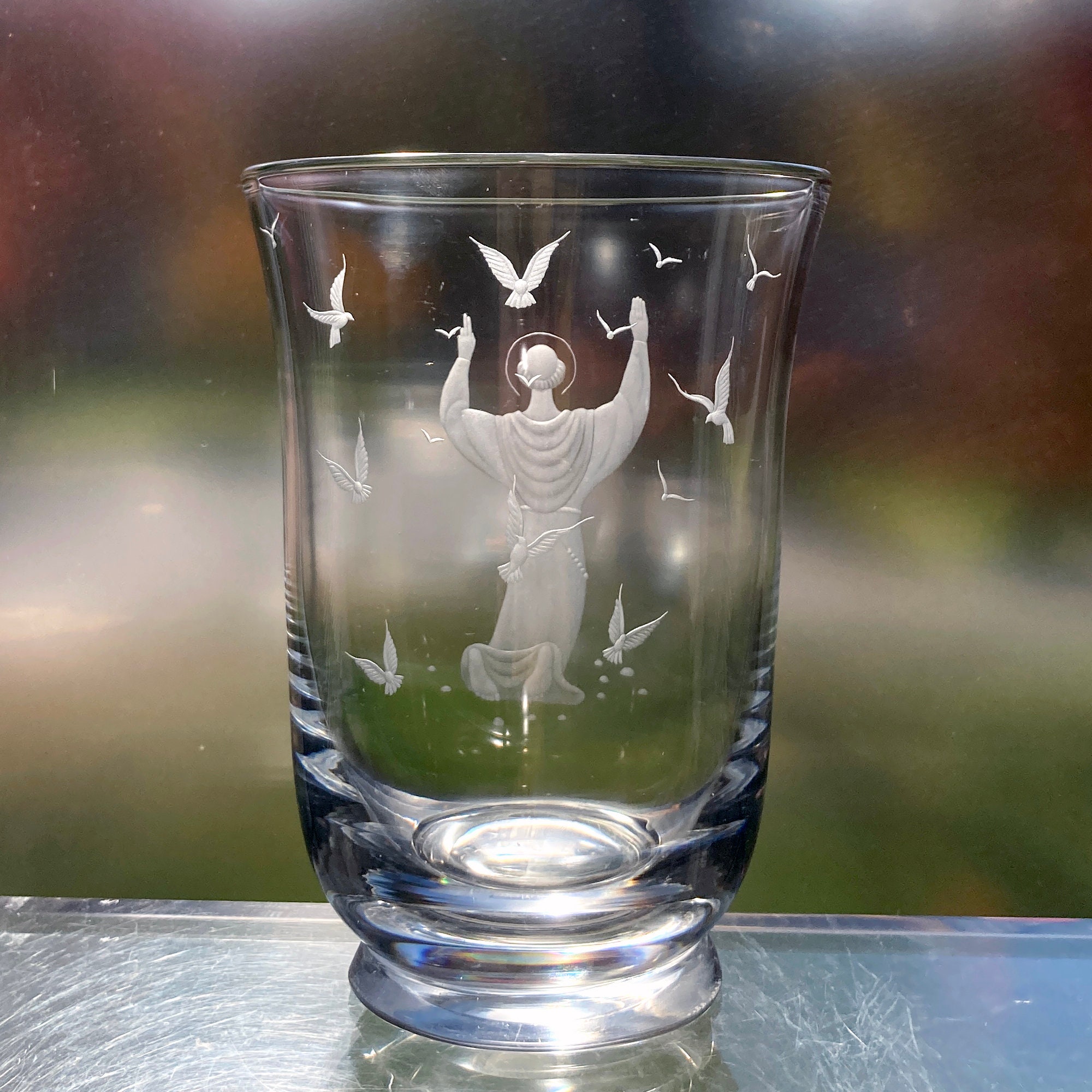 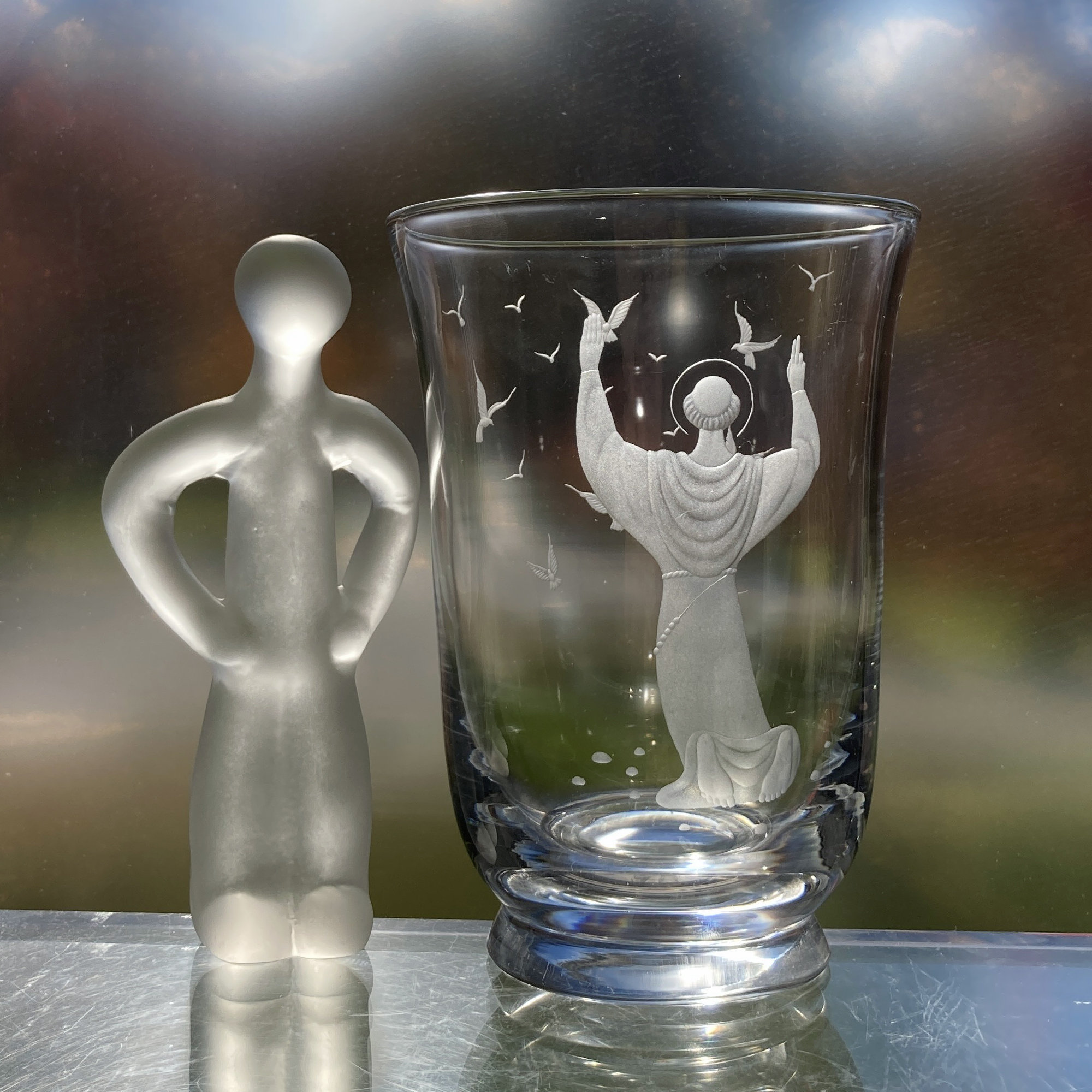 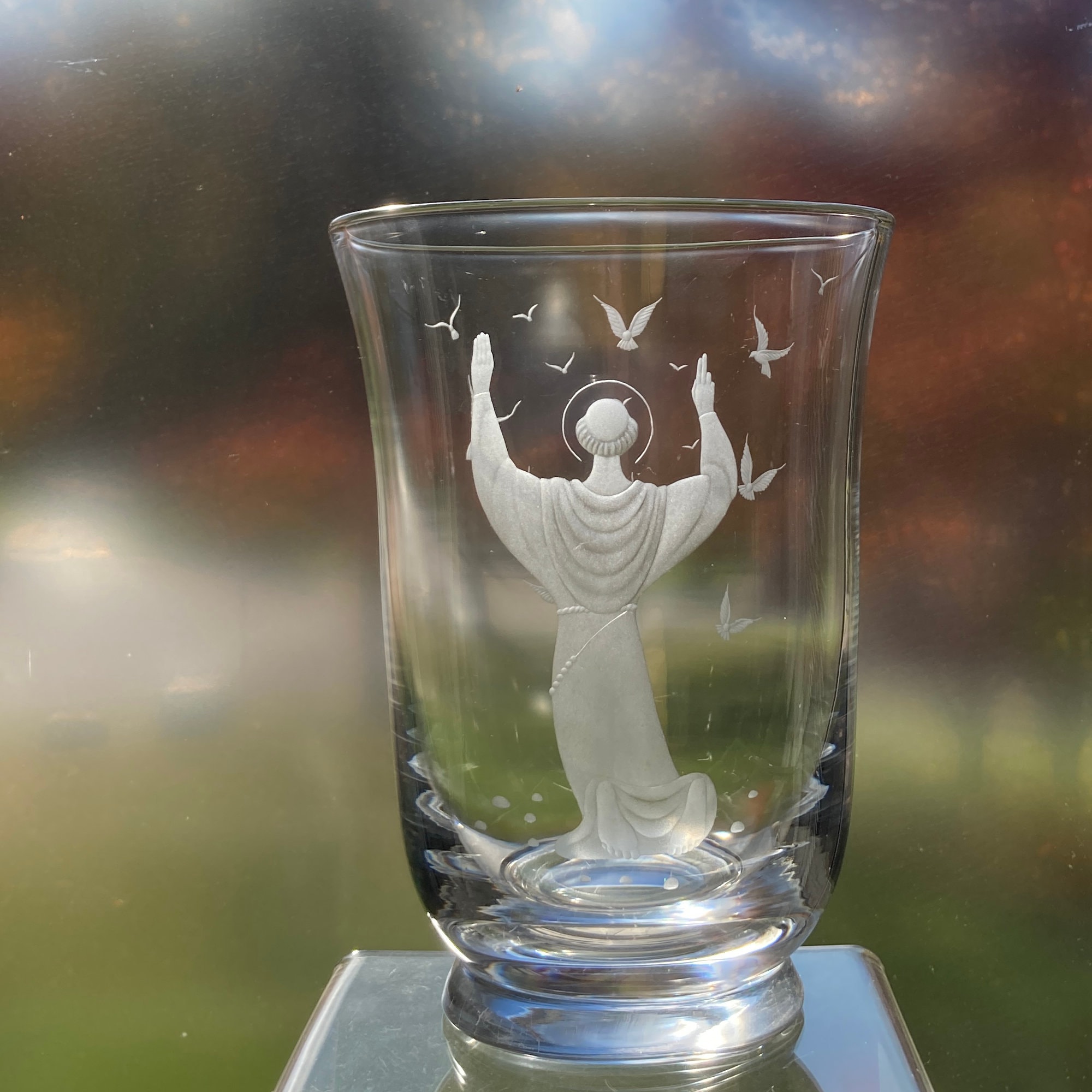 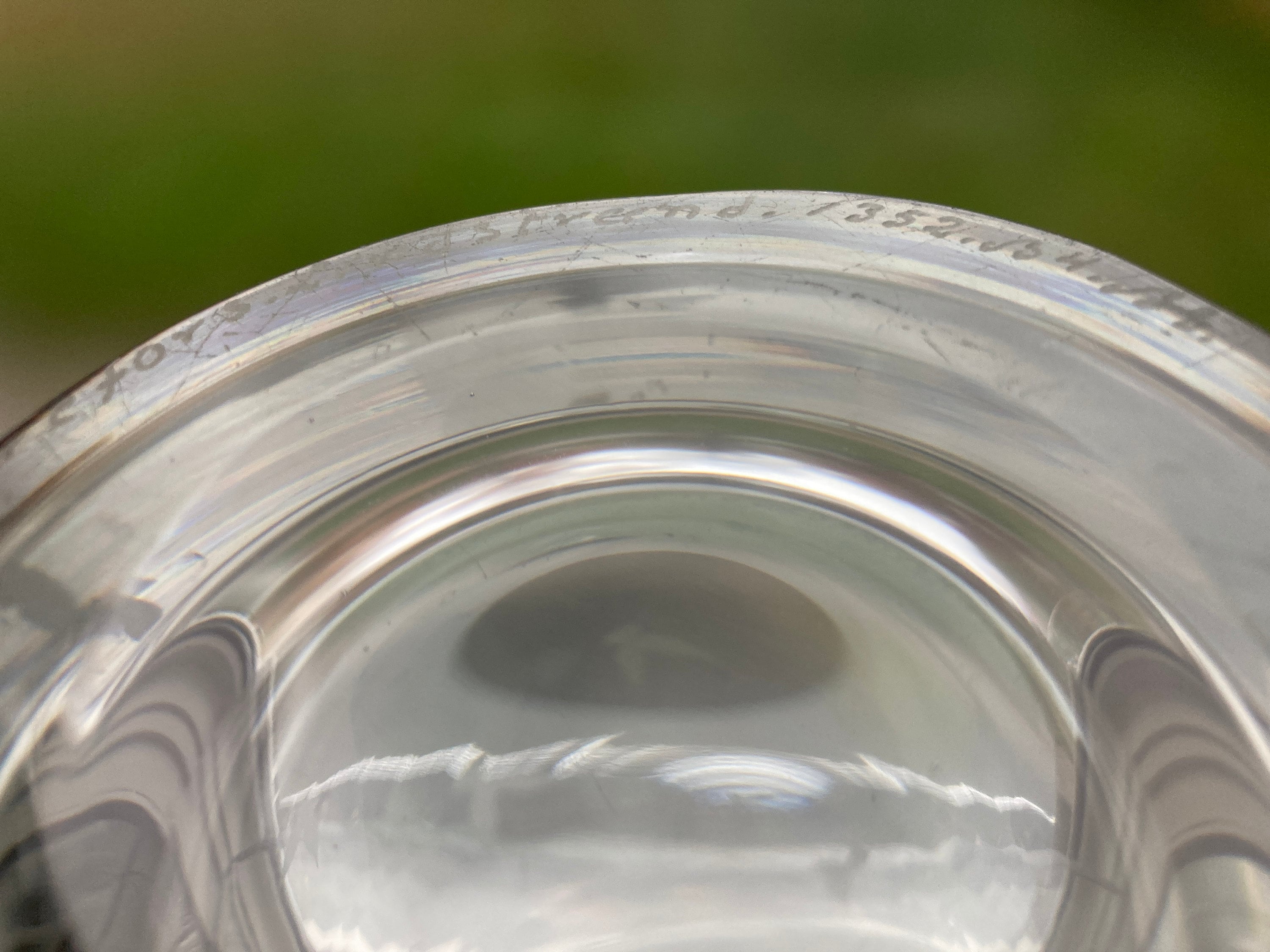 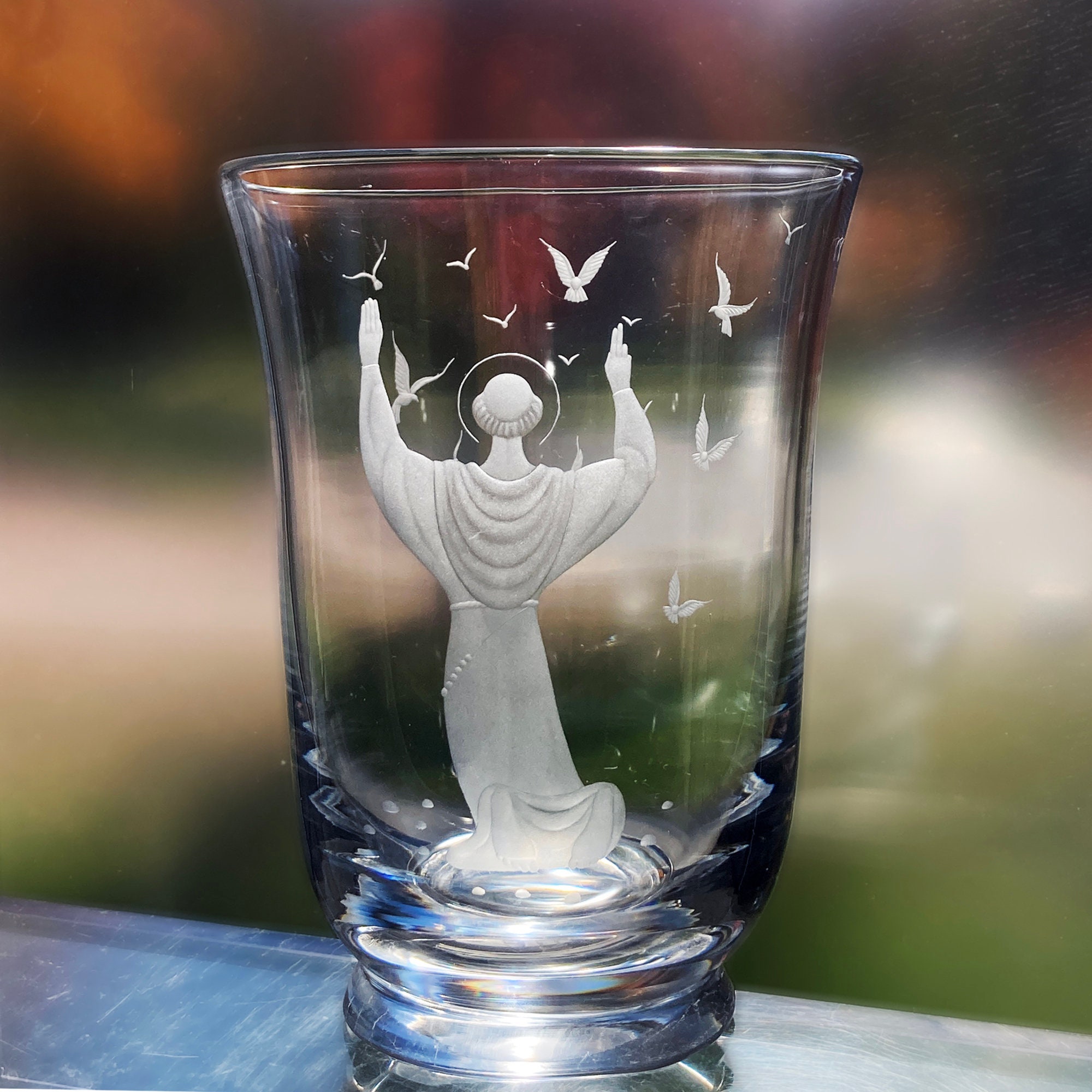 Designed by Vicke (Victor Emanuel) Lindstrand in 1934, and copper-wheel engraved by Bertil Gustavsson in 1947, this hand blown glass vase was on the cutting edge of a new design movement in Sweden in the early 20th century. In place of the traditional filigree and flourishes that filled engraved glass from earlier artists, Lindstrand employed powerful central figures, filling the vase with human and animal subjects. This is among his earliest designs, and belying its eighty years, it sparkles nearly flawlessly.