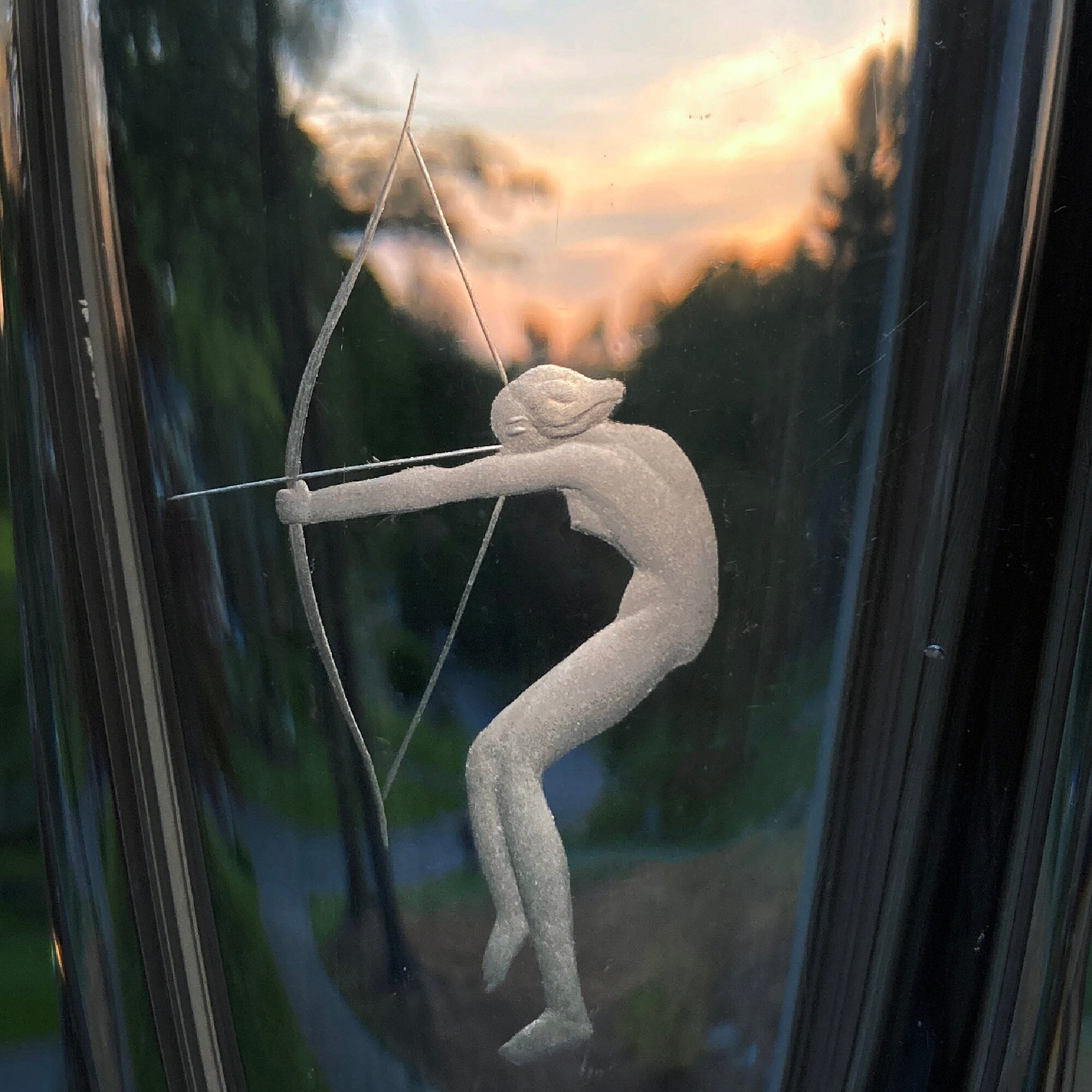 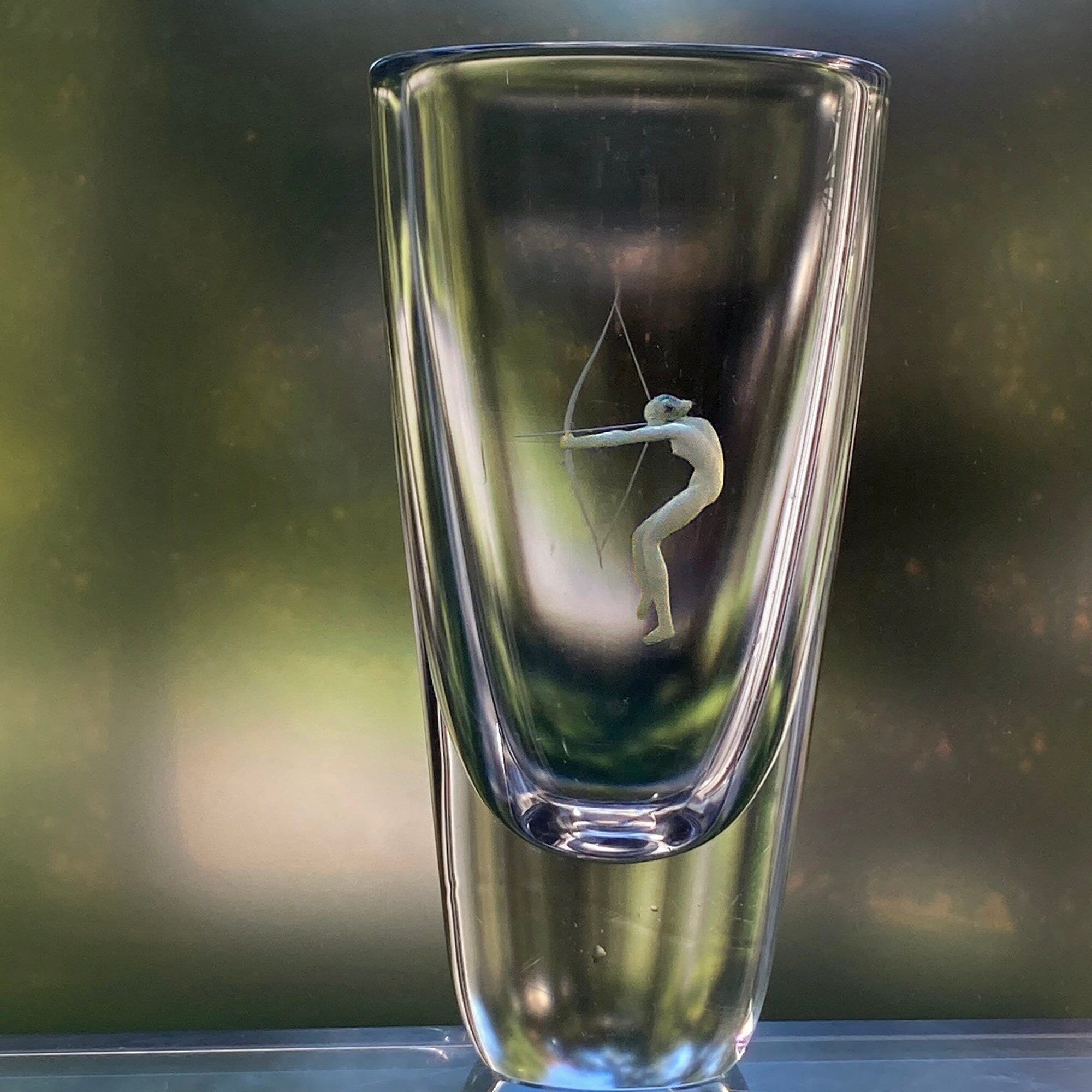 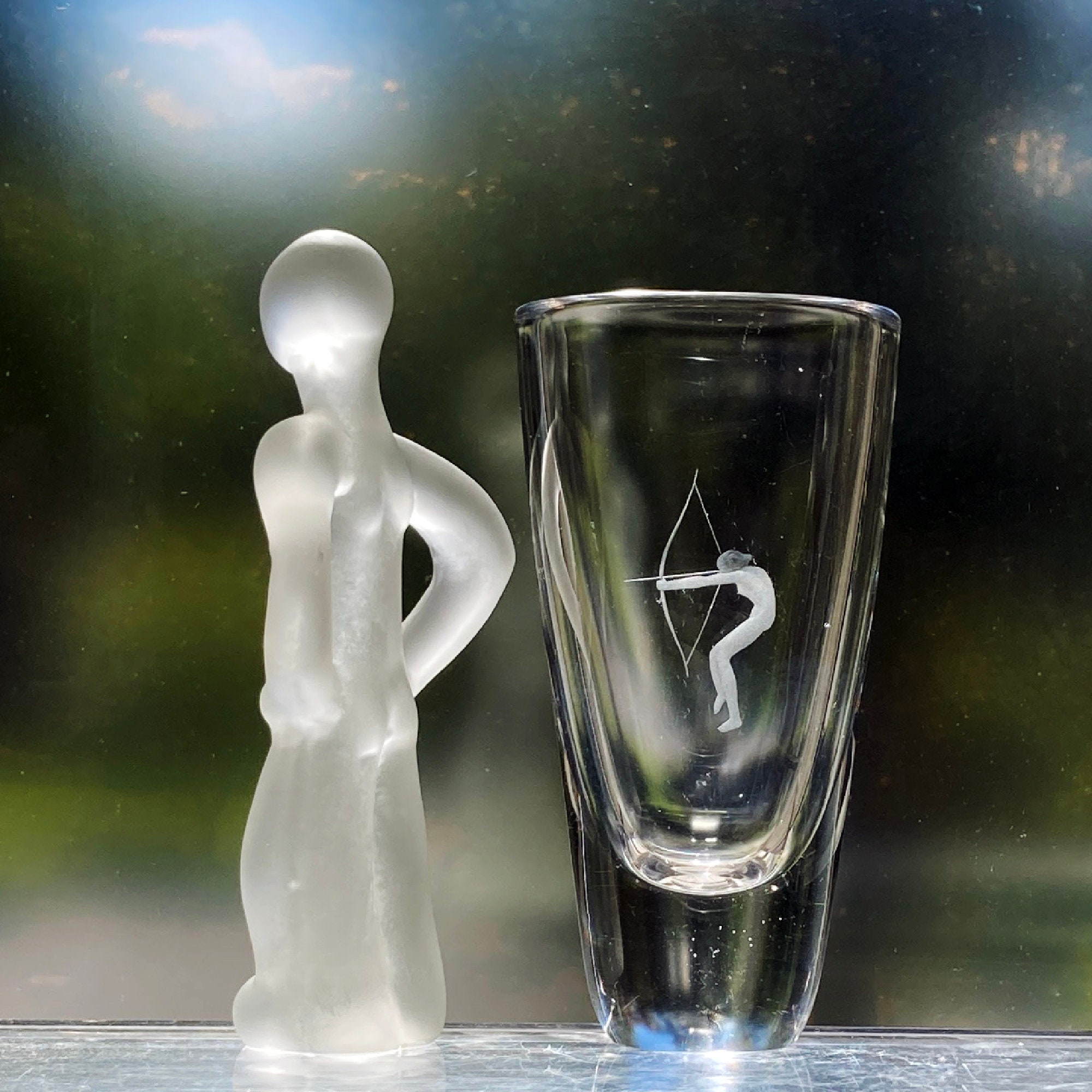 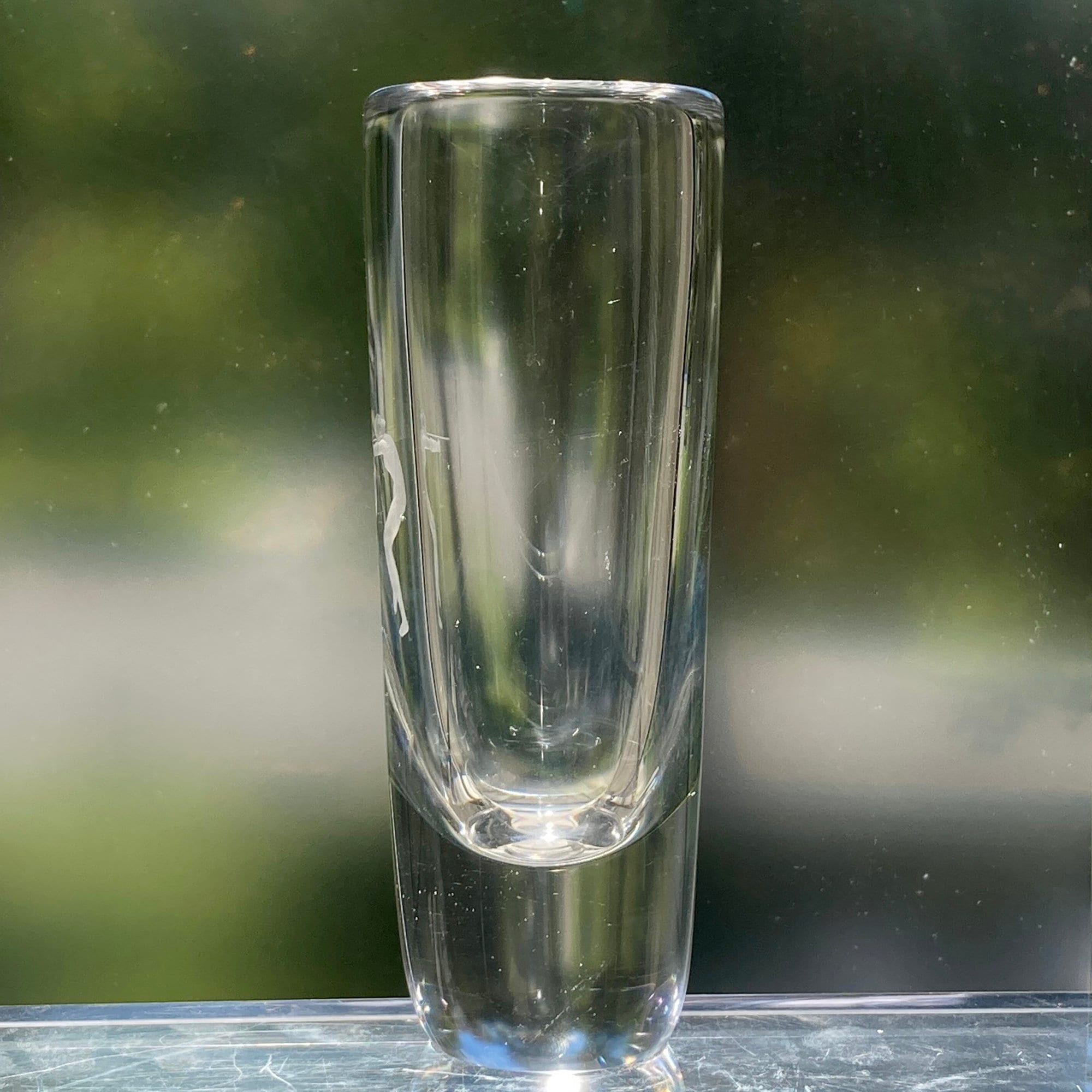 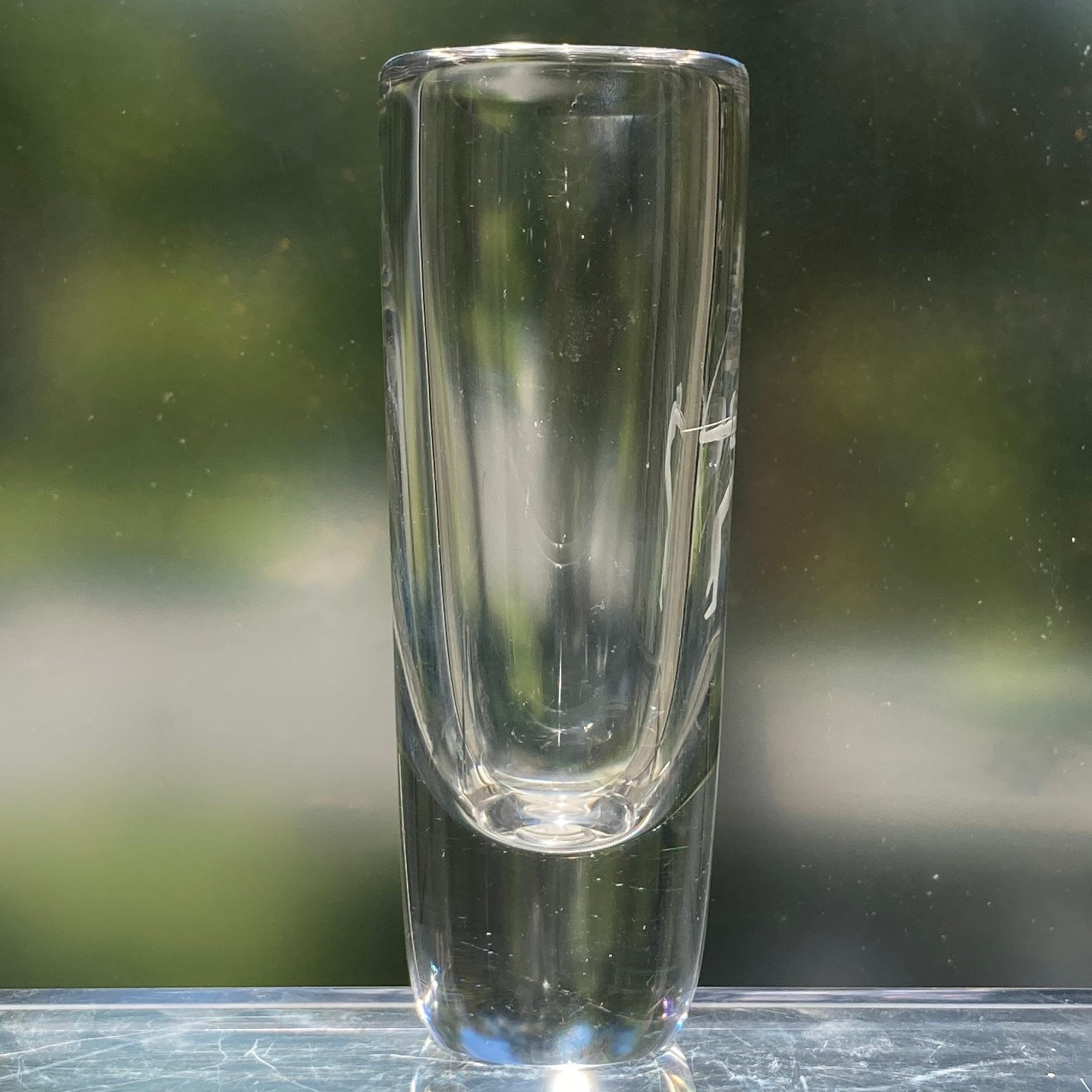 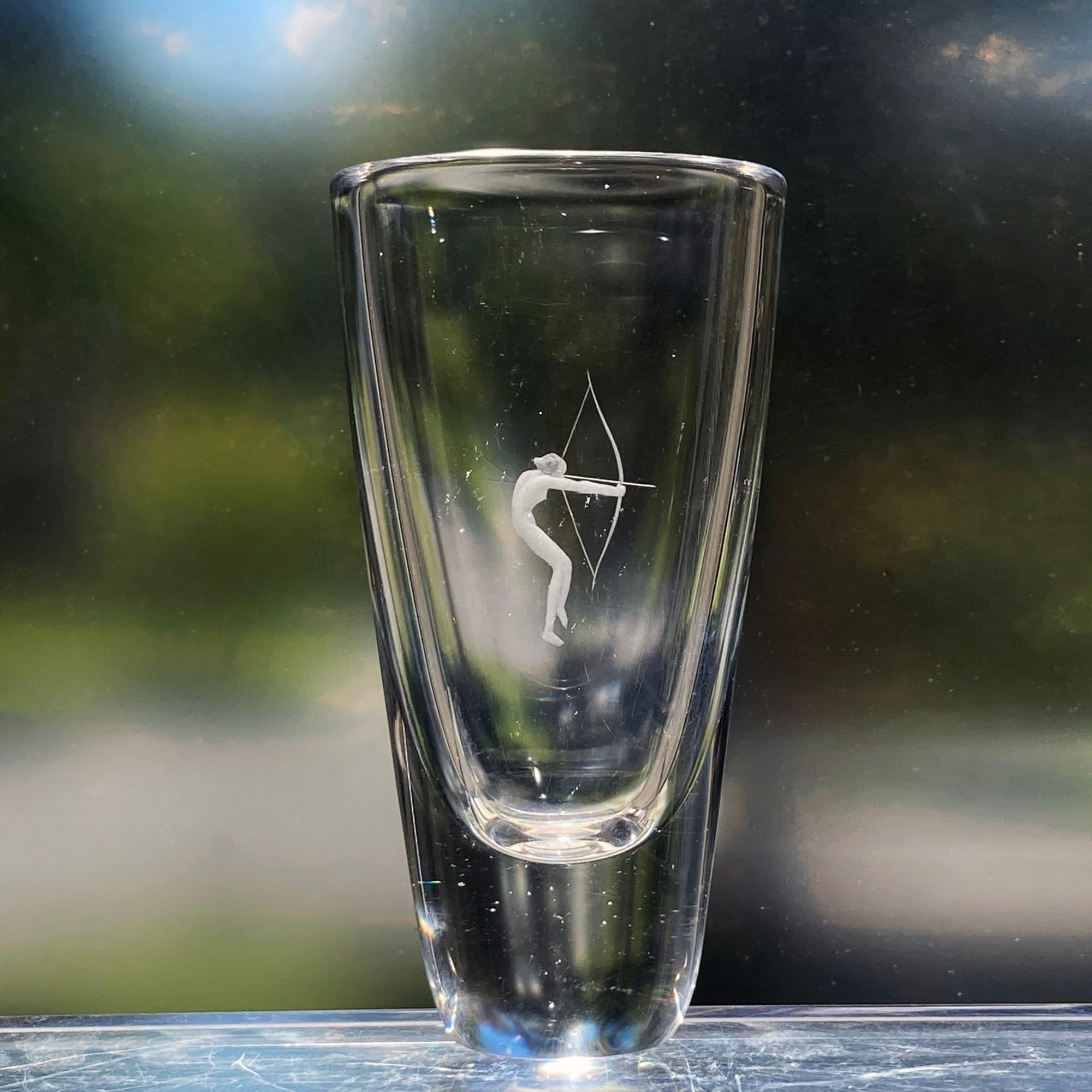 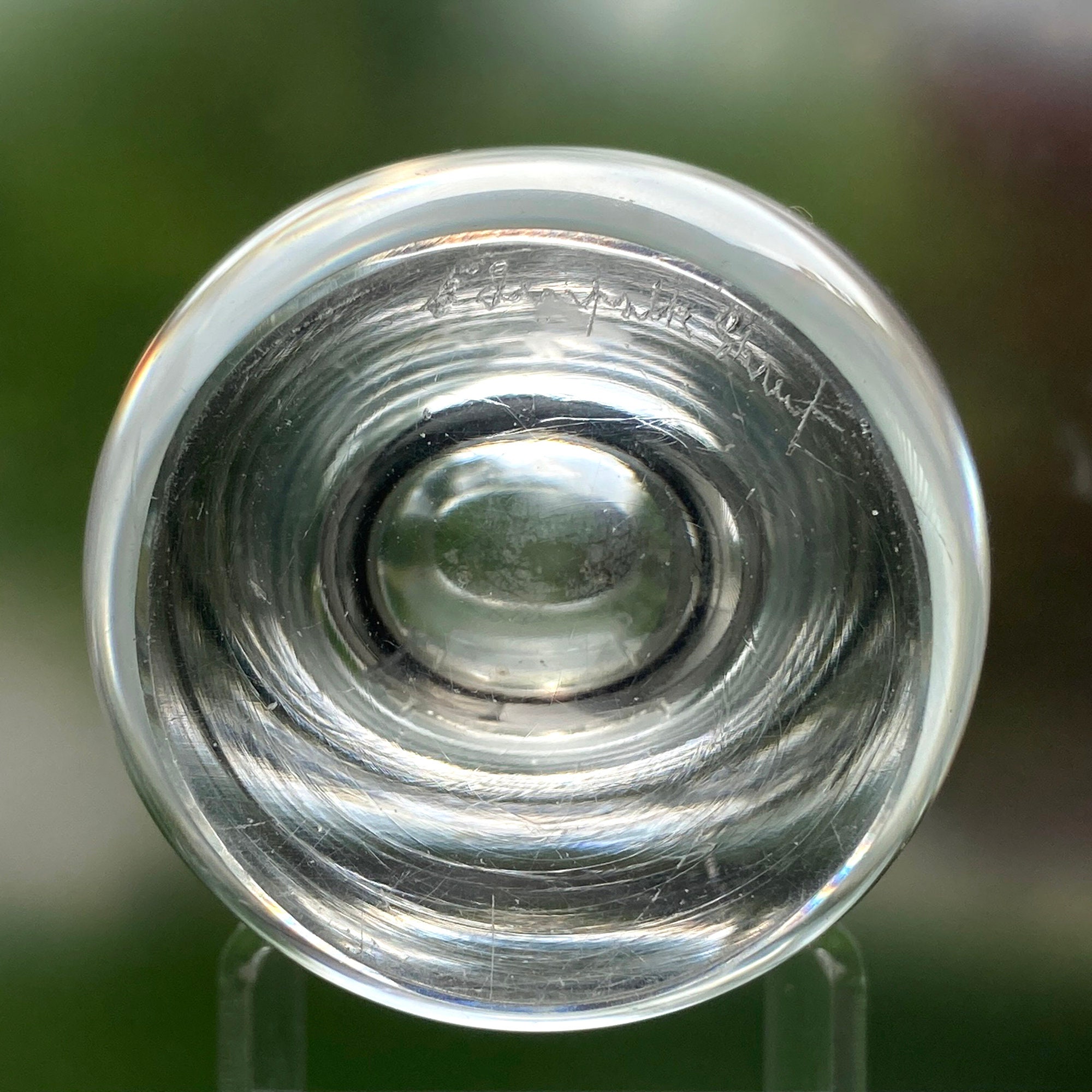 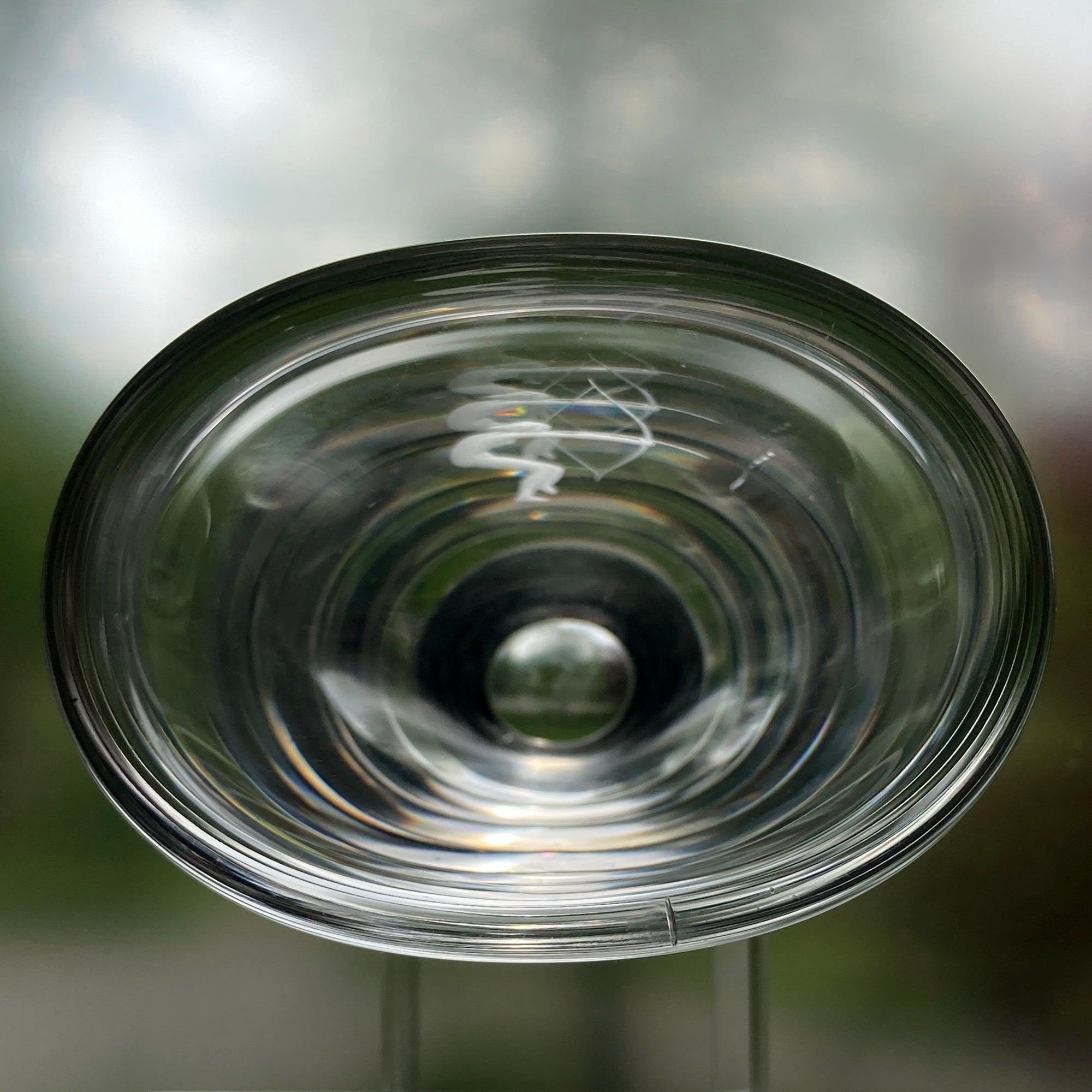 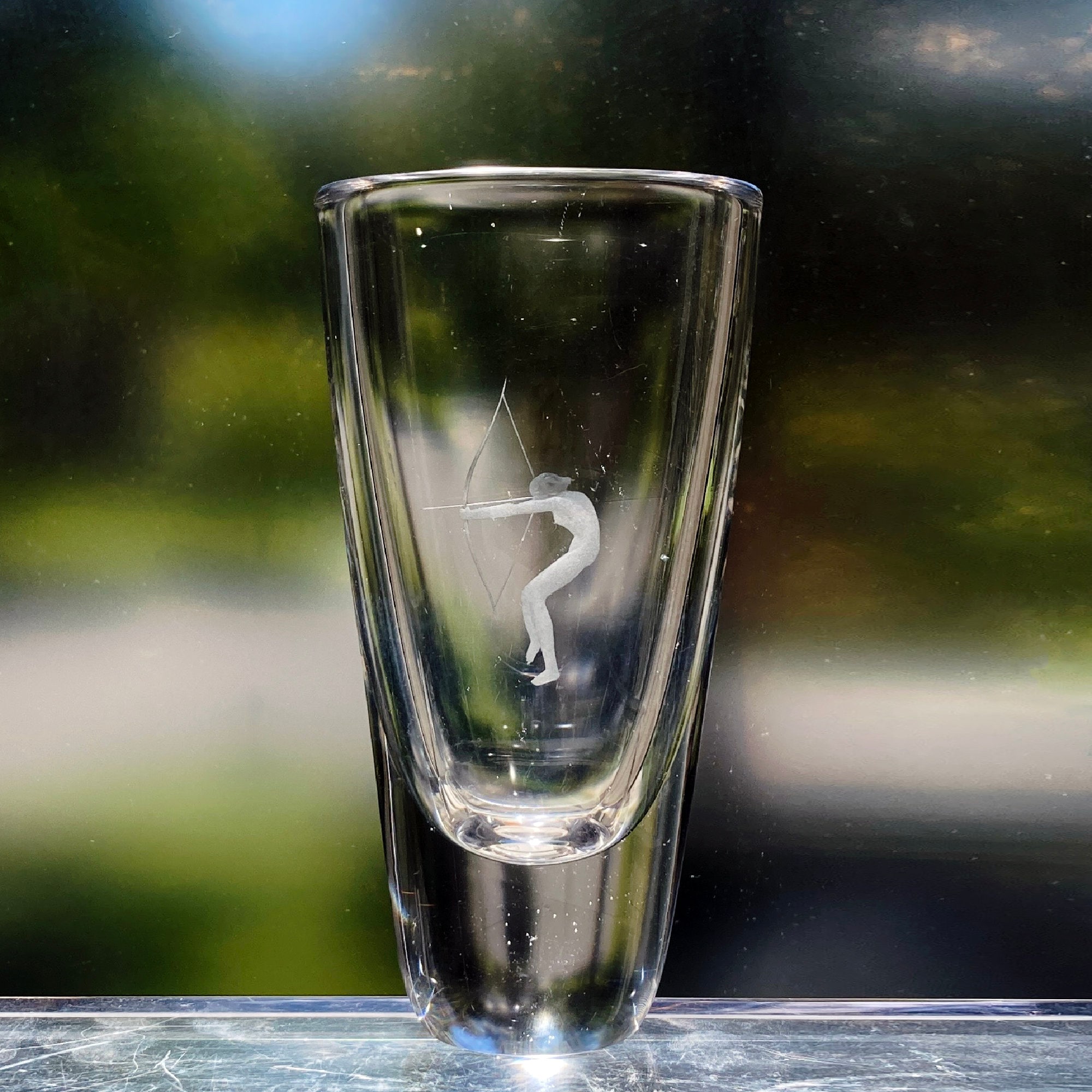 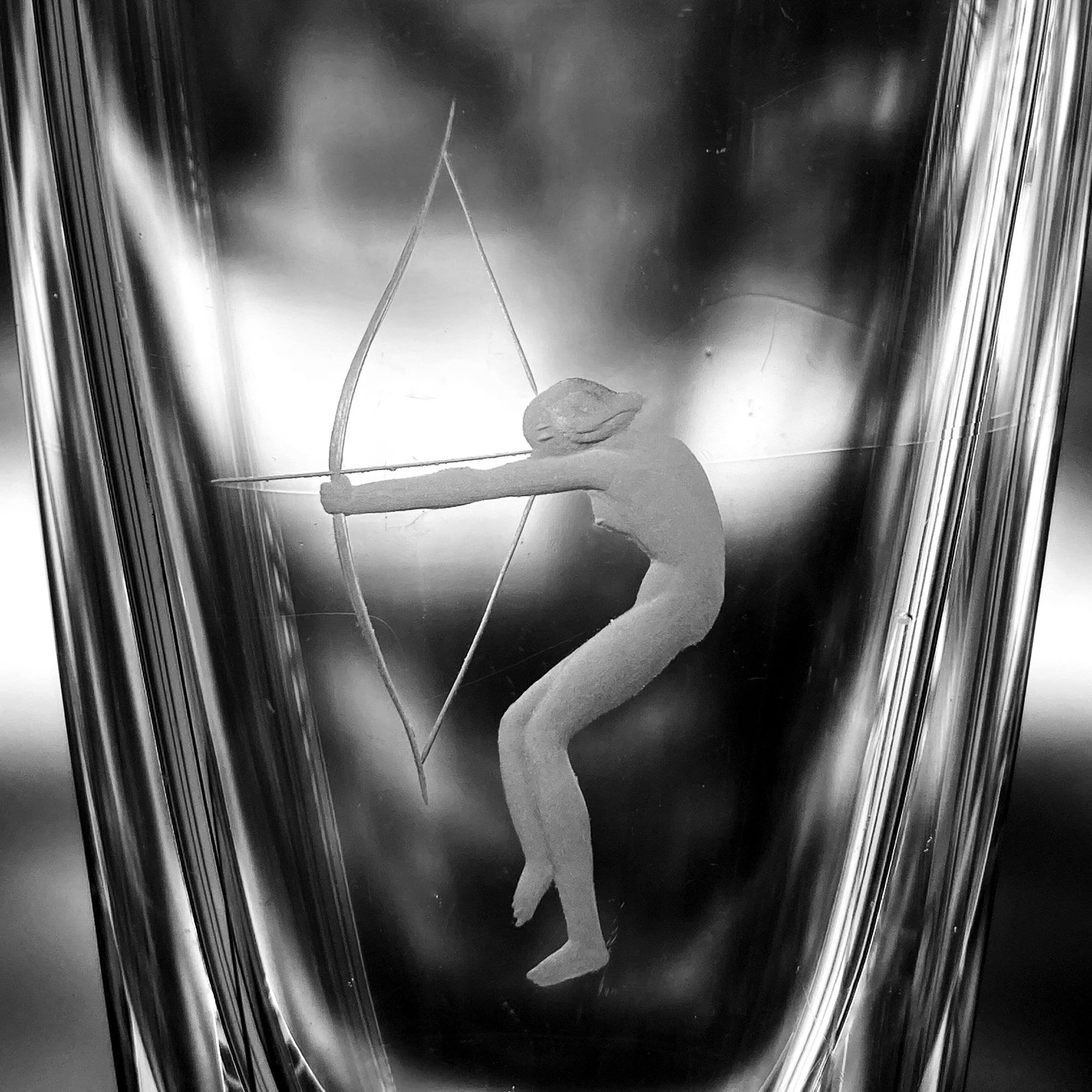 Bengt Edenfalk designed this one-of-a-kind vase for Skruf, likely in the late 1950's. The tapered, ovoid form is decorated with a distinctive image of a nude woman, wearing only a helmet in the shape of a hunting bird's head, and holding her arrow, poised to shoot from her bow. My theory is that she is Edenfalk's interpretation of Artemis or Diana, the mythological huntress. I asked my Swedish glass friends, and they had no other ideas.

The vase is 7 inches tall, 3.5 inches wide, 2.5 inches deep, and it weighs almost 2.5 pounds. It is copper-wheel engraved by hand, in the traditional manner, and signed on its base with the company and artist's names. It is very clear, and it has no chips, but it does have many little scratches, as shown in the photos.

Skruf was founded in 1897 by a former manager from Johansfors Glassworks. Originally, the company produced mainly simple drinking glasses and preserve jars. From 1910 onwards, they produced an extensive line of tableware. Most pieces were designed by Magni Magnusson, until 1953, when Bengt Edenfalk joined Skruf as the chief designer. While at Skruf, Edenfalk developed the famous Thalatta technique, which is difficult to master because the design is applied while the glass is hot. Edenfalk left Skruf in 1978 to work for Kosta. Other designers who worked at Skruf are Lars Hellsten and Ingegerd Råman.