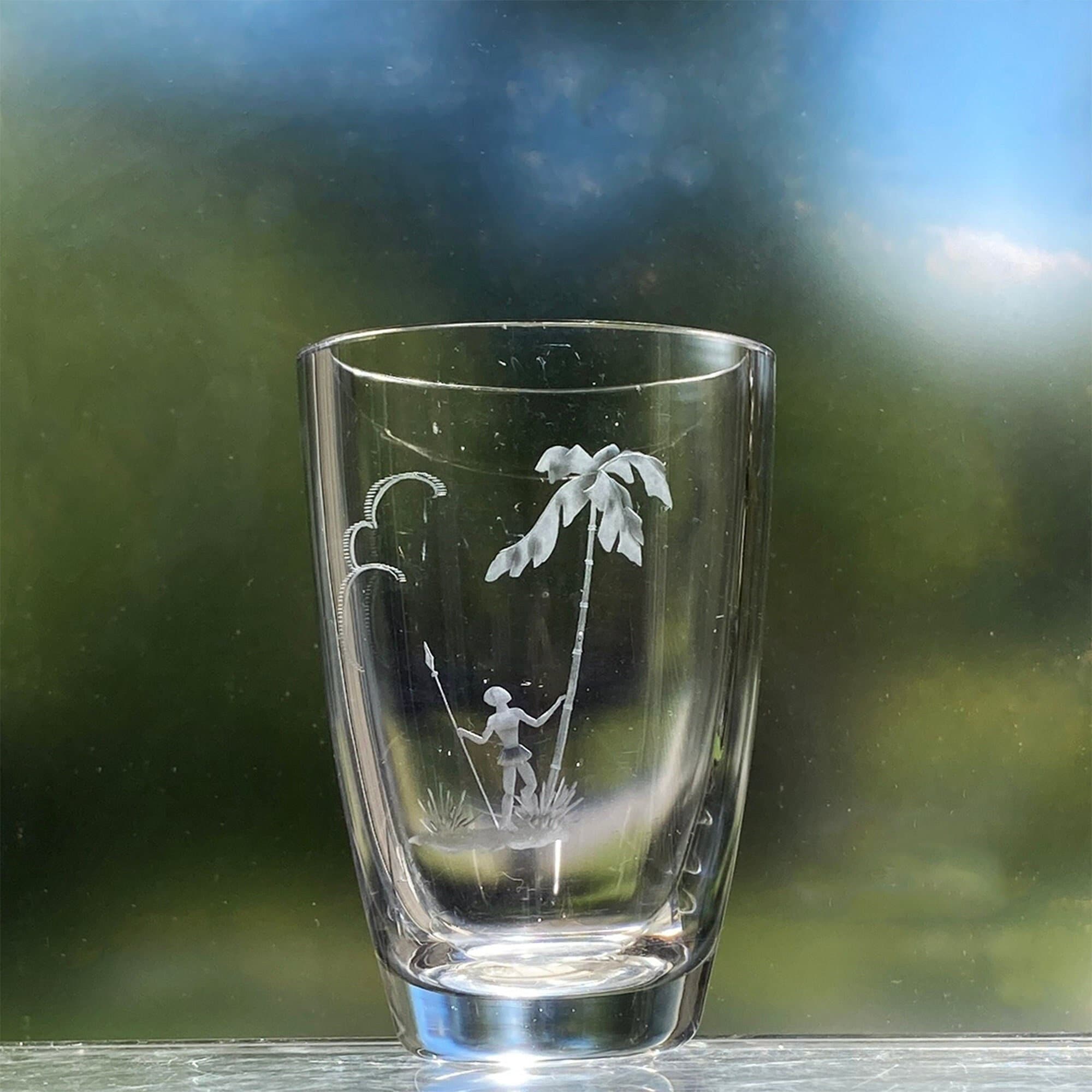 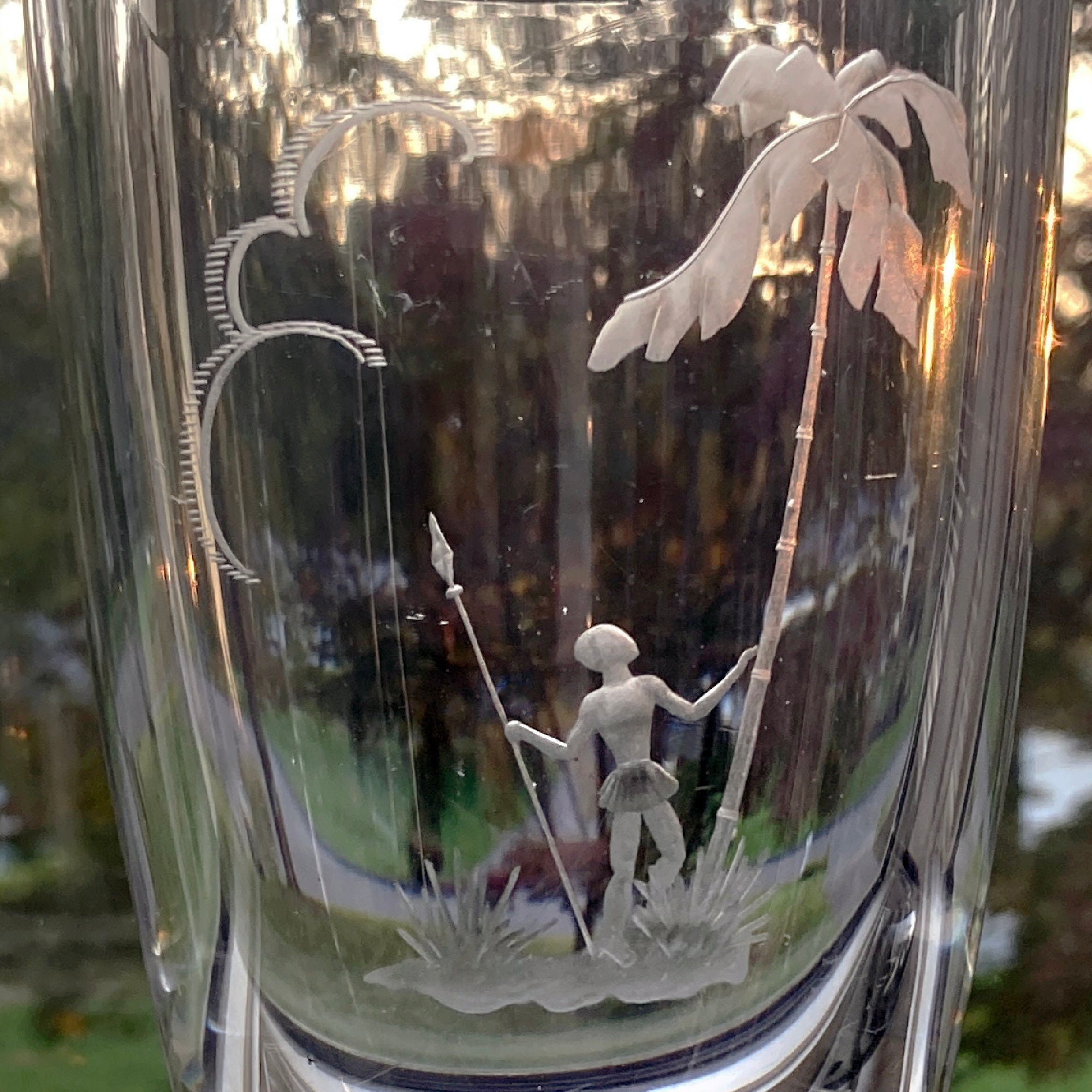 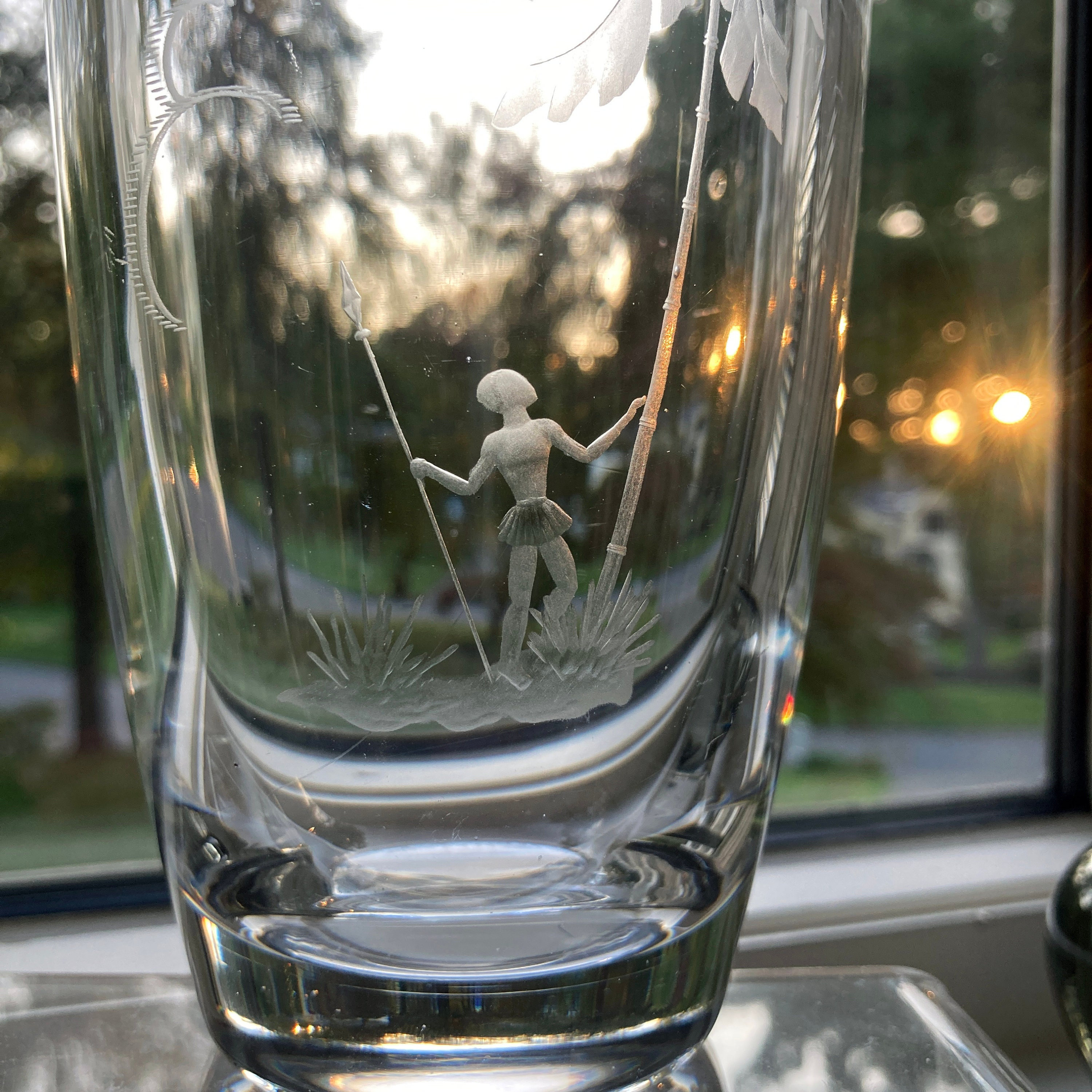 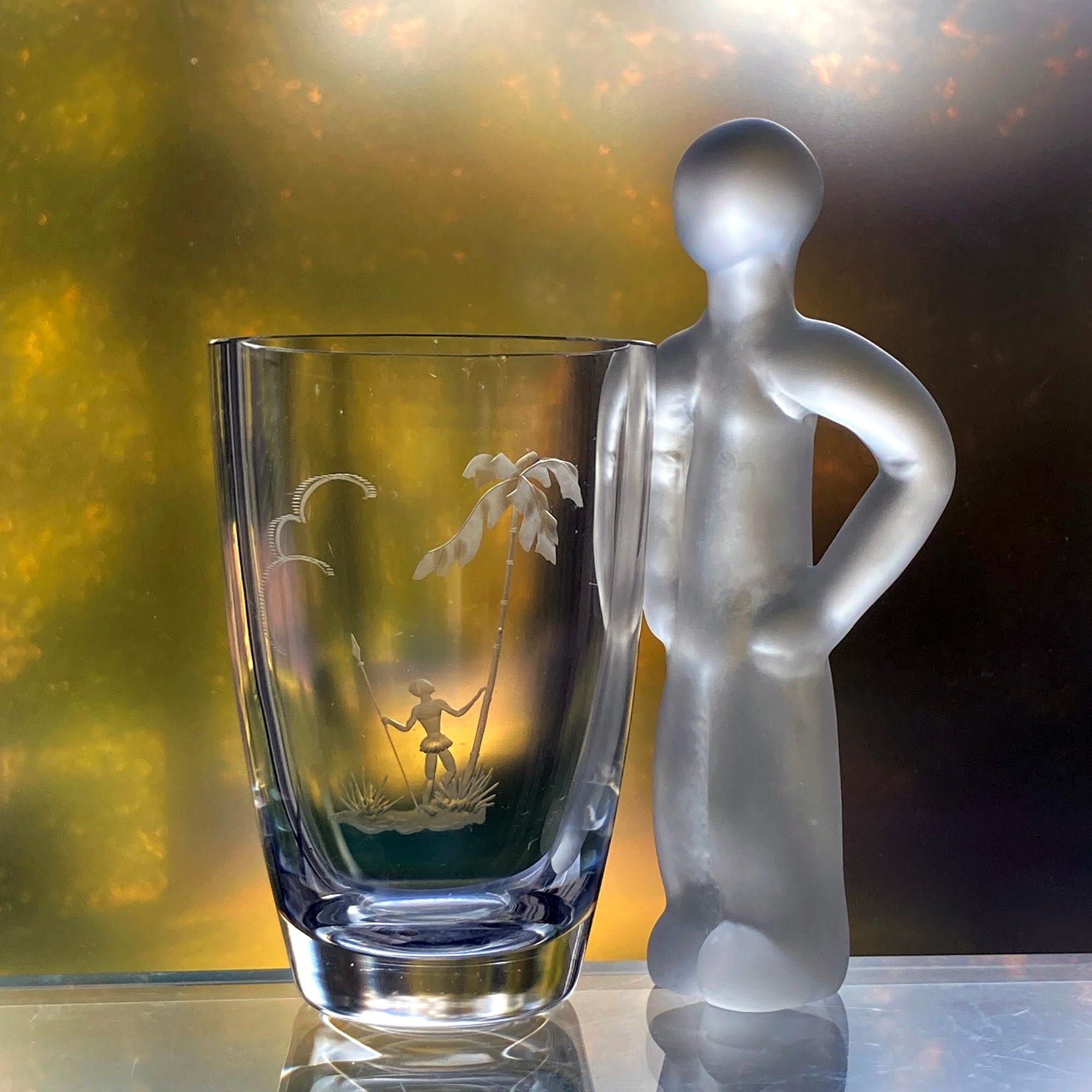 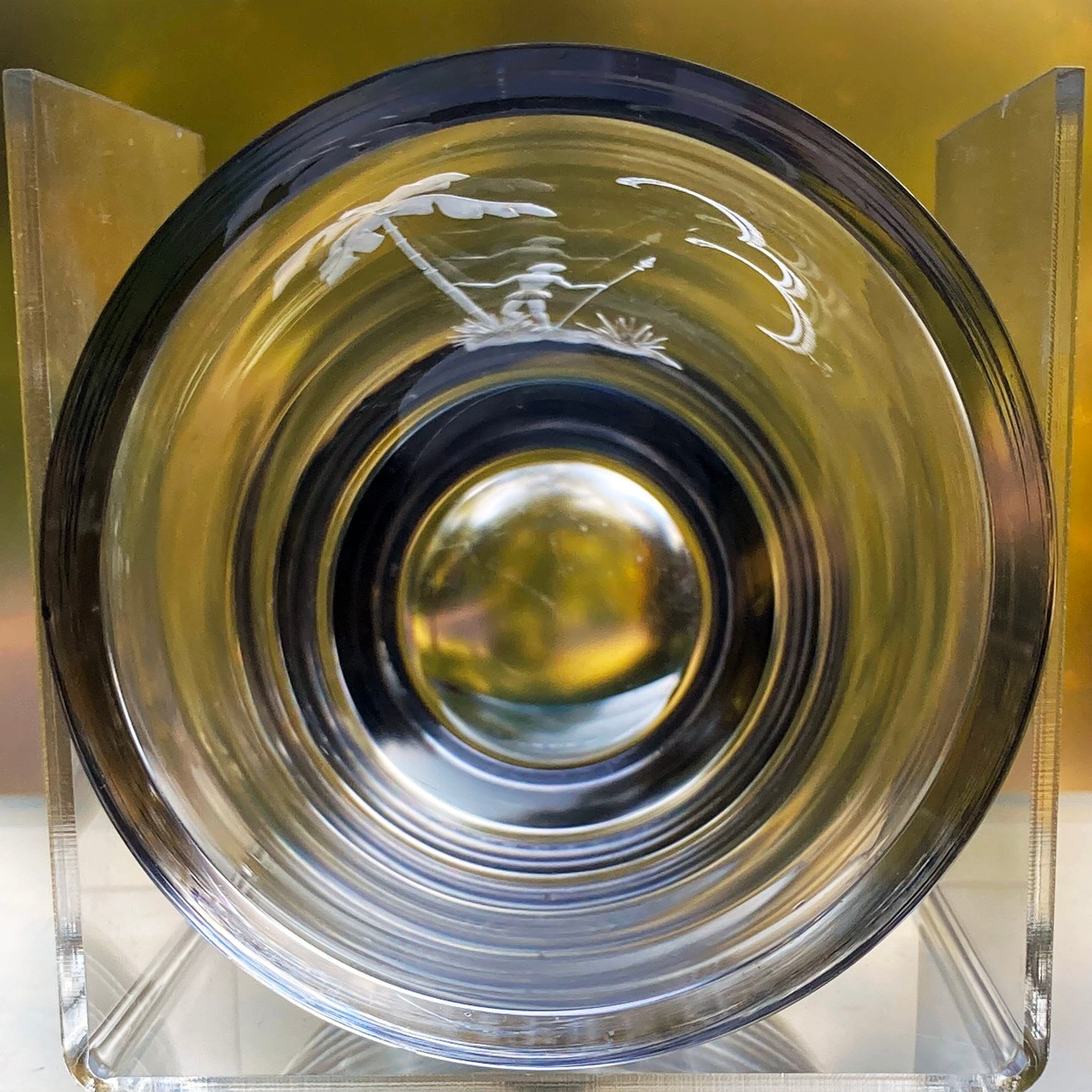 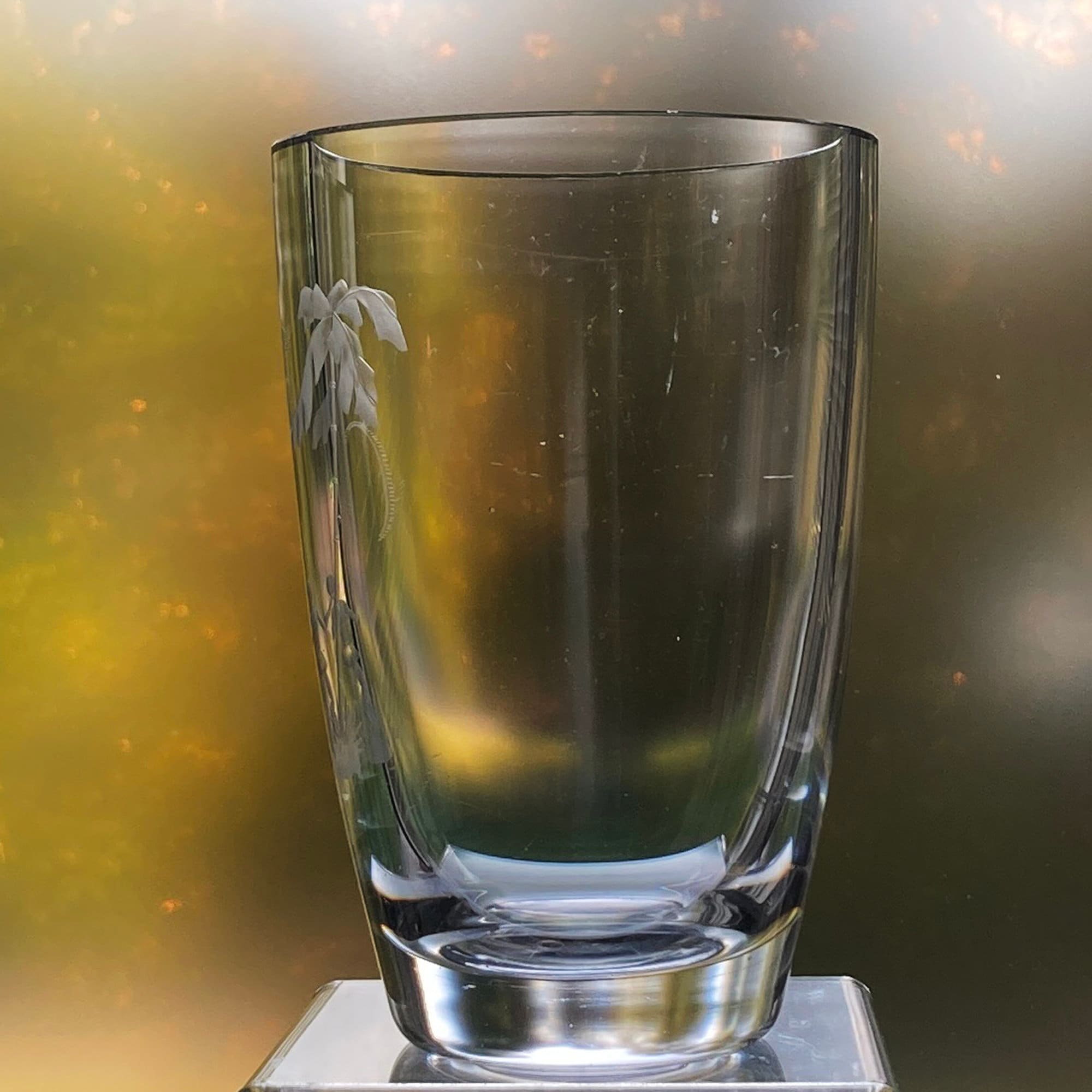 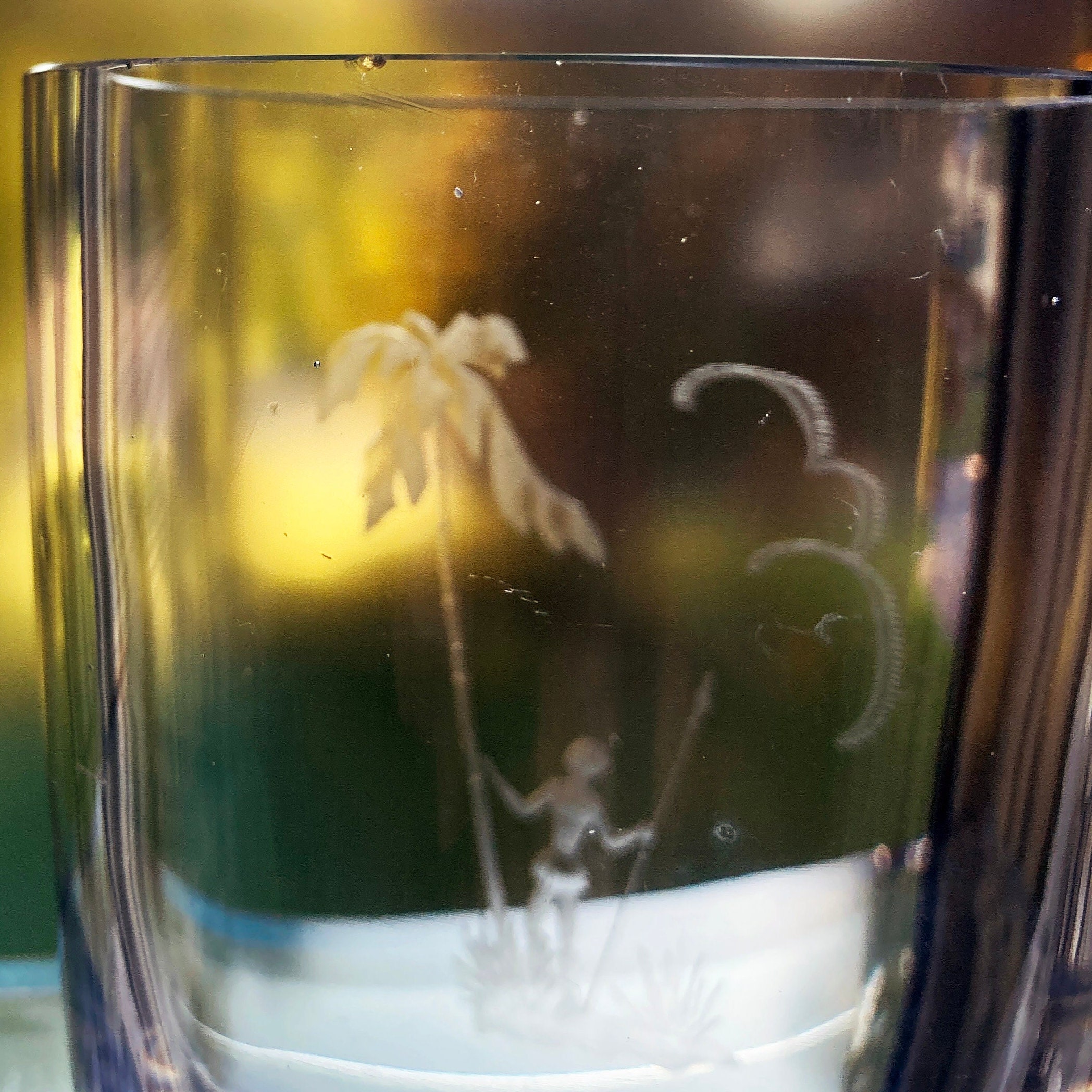 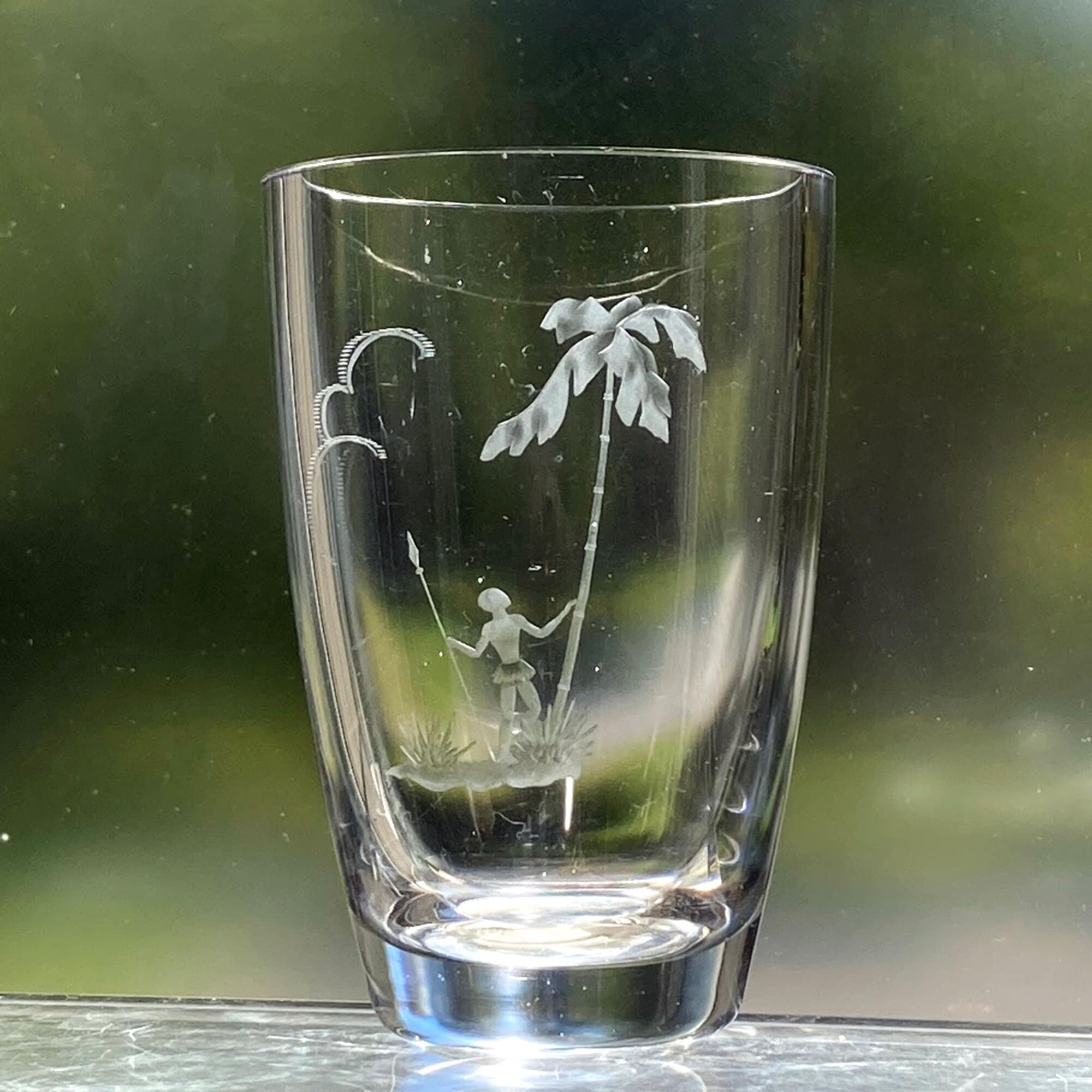 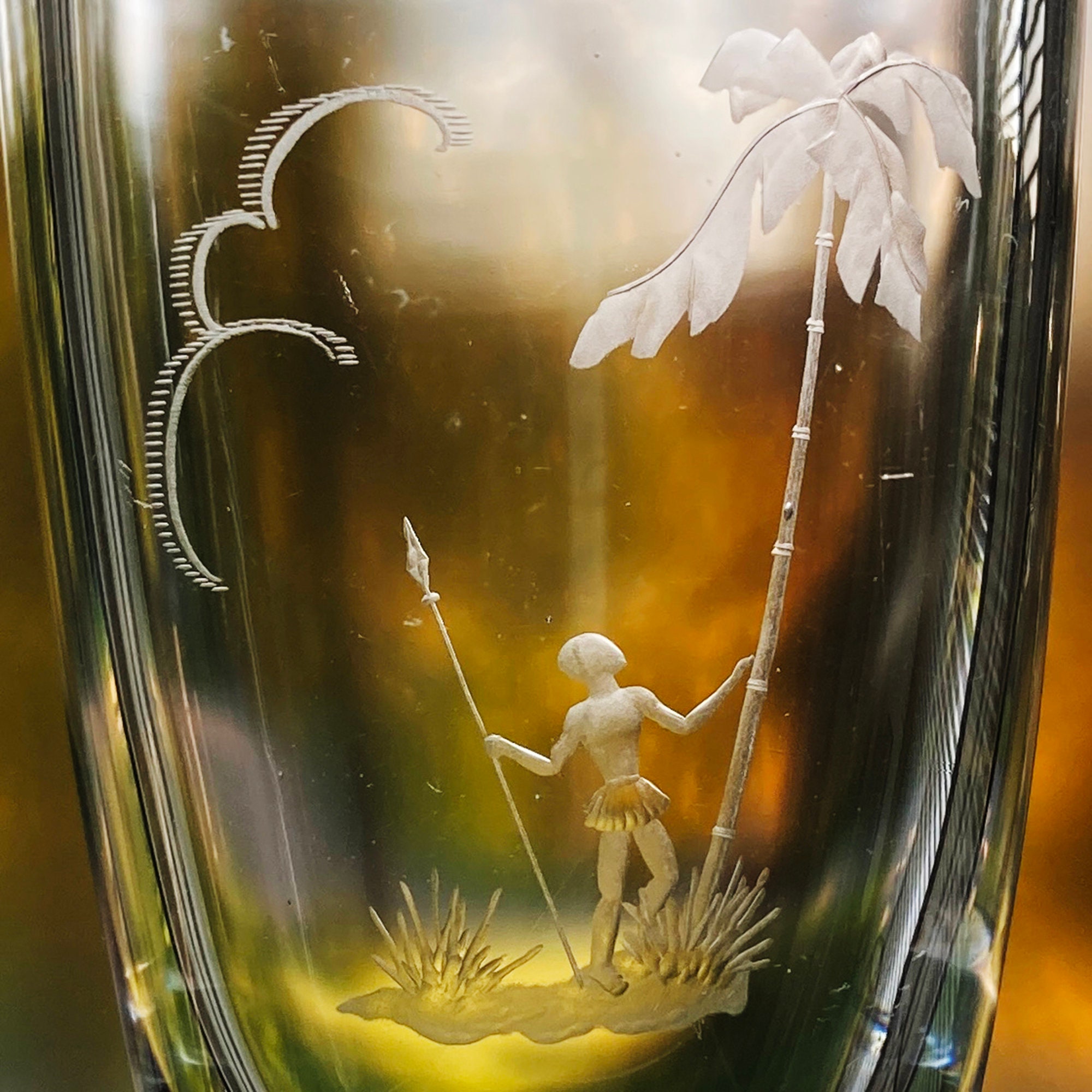 This vintage, copper-wheel engraved crystal vase was made at Målerås, likely in the 1950s. The designer, Folke Walwing, captured the spirit of the islander, spear in hand, holding on to the thin palm tree, peering up into its branches, wearing only a grass skirt. The condition is good, with quite a few little scratches and a couple small nicks to the rim. I bought it in an auction in Sweden, even though the condition shows use, because I thought it was something fun and different! The vase is about 6 inches tall and weighs almost 2 pounds - it is lead crystal.

Folke Walwing (1907 - 2004) was born into a glass-working family. He studied at Edward Hald and Simon Gate's engraving school in Orrefors and was first employed as a glass engraver at Målerås in 1927. He later became Art Director there until 1970 when the factory was taken over by Flygsfors and subsequently by Royal Krona. The Målerås Company is still in business, with designer Mats Jonasson at the helm.