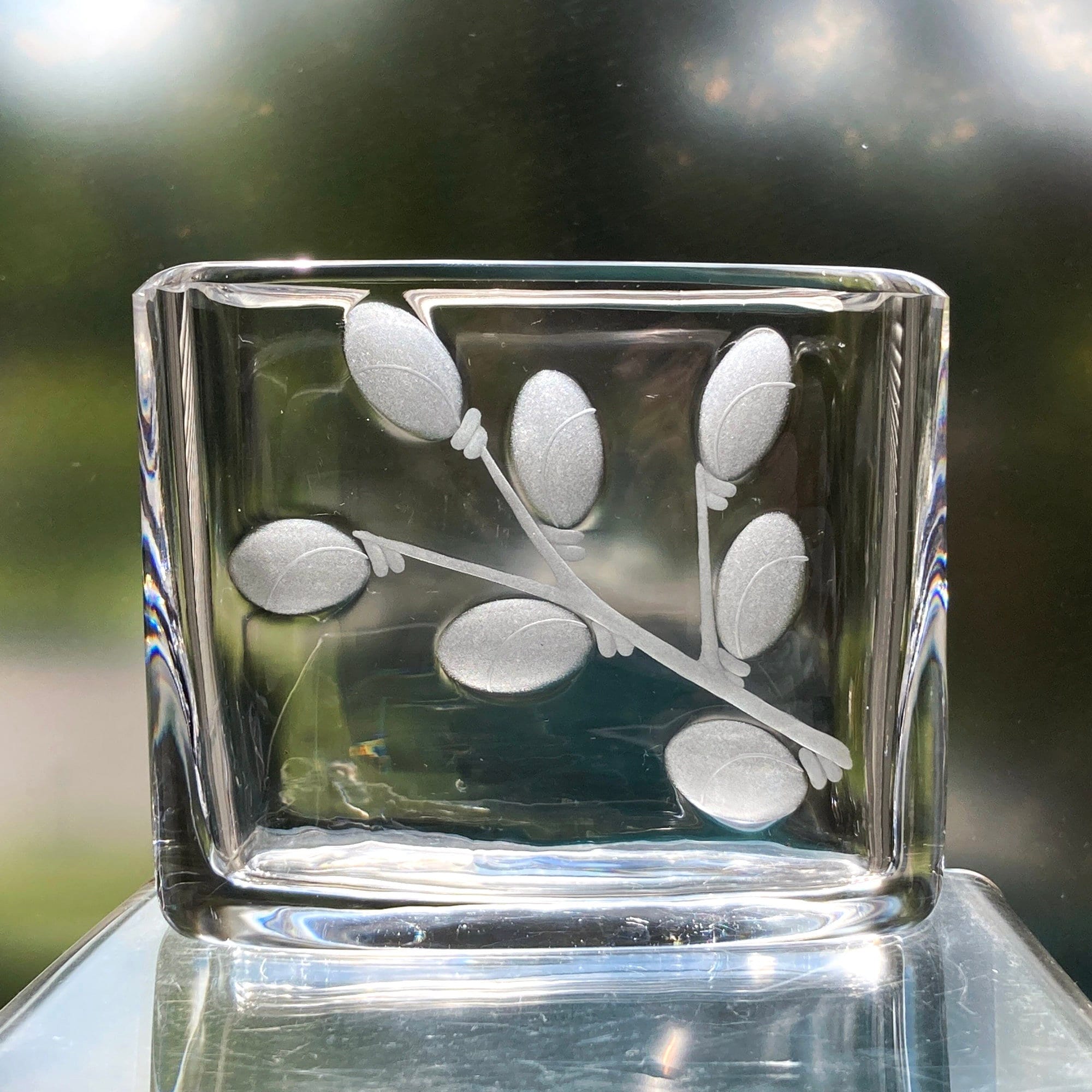 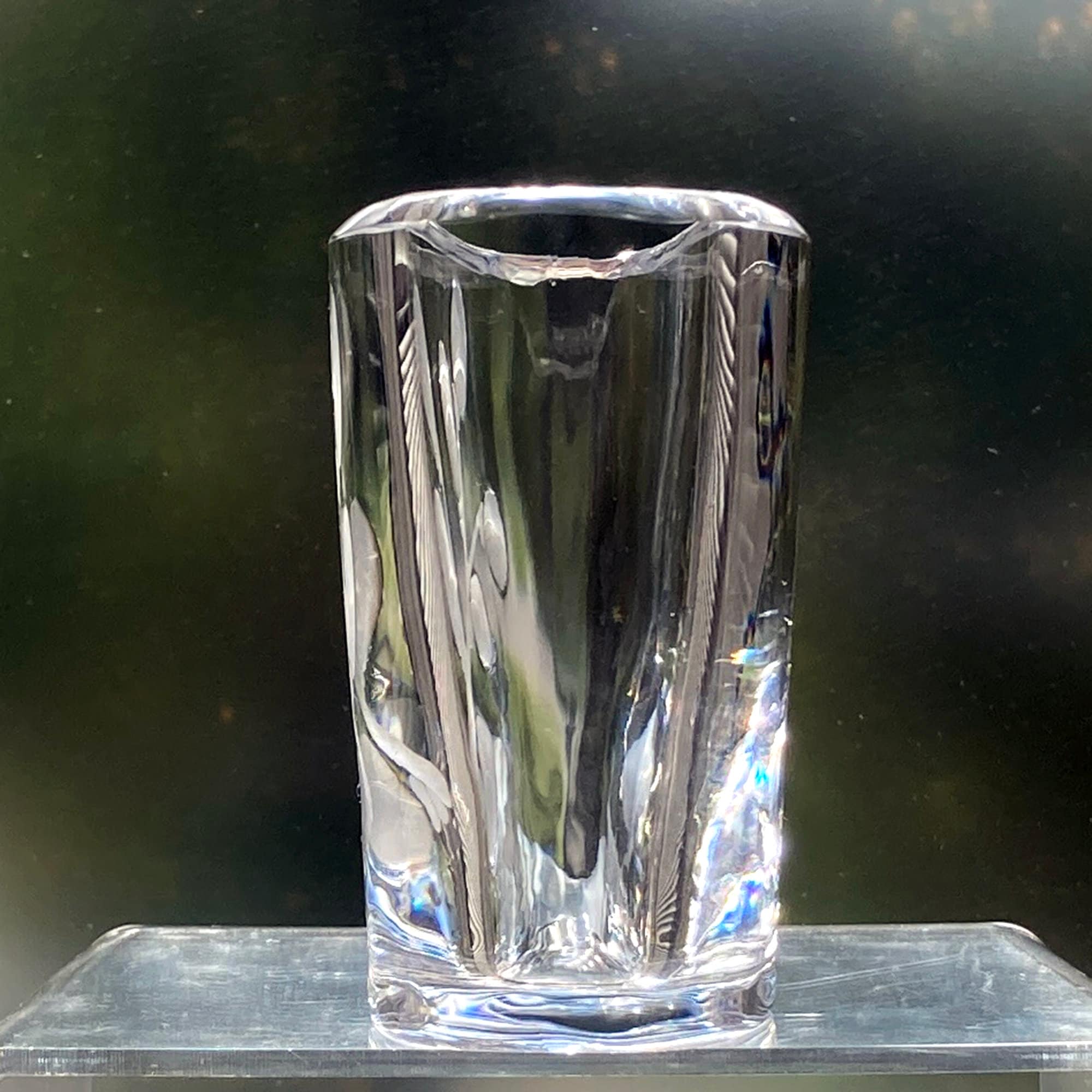 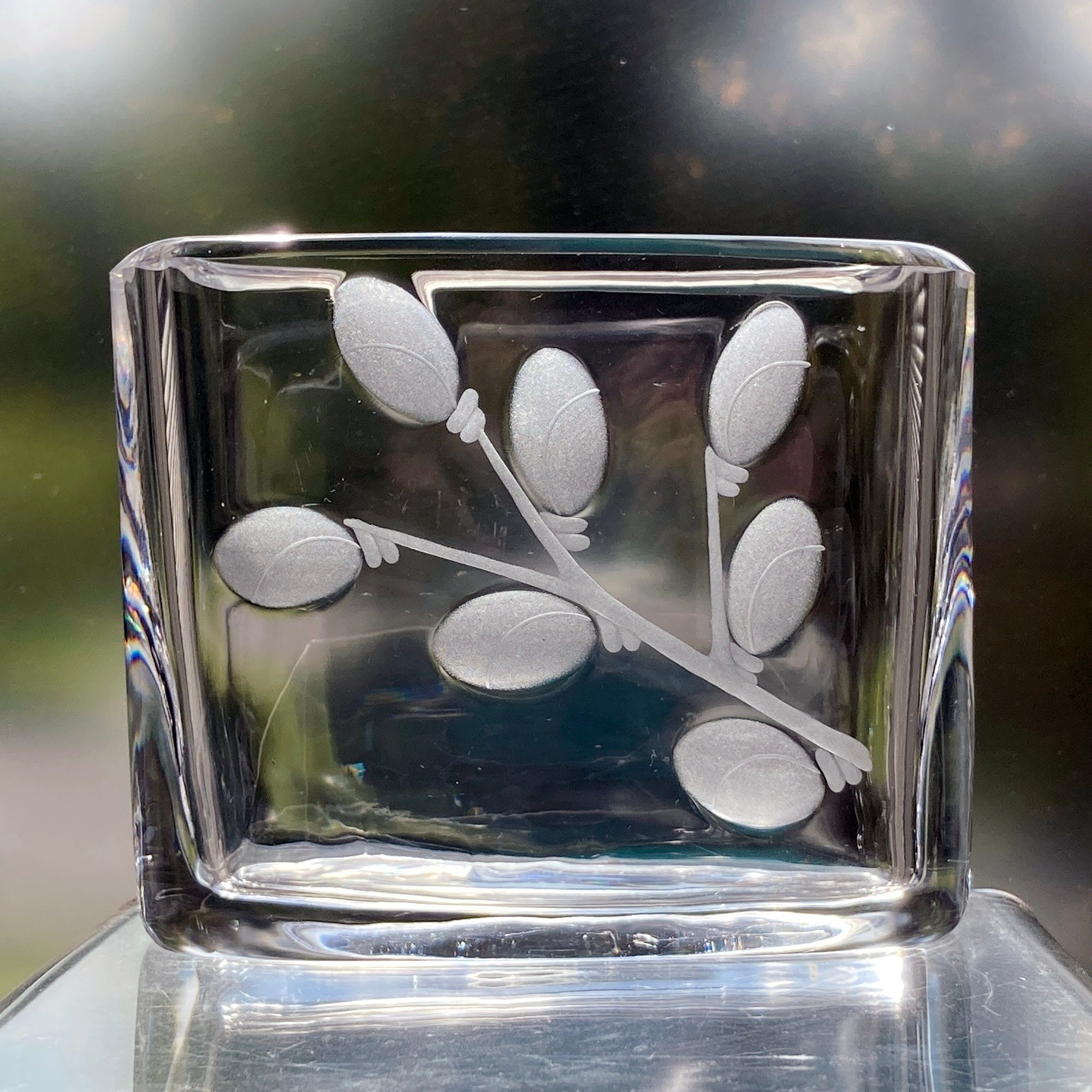 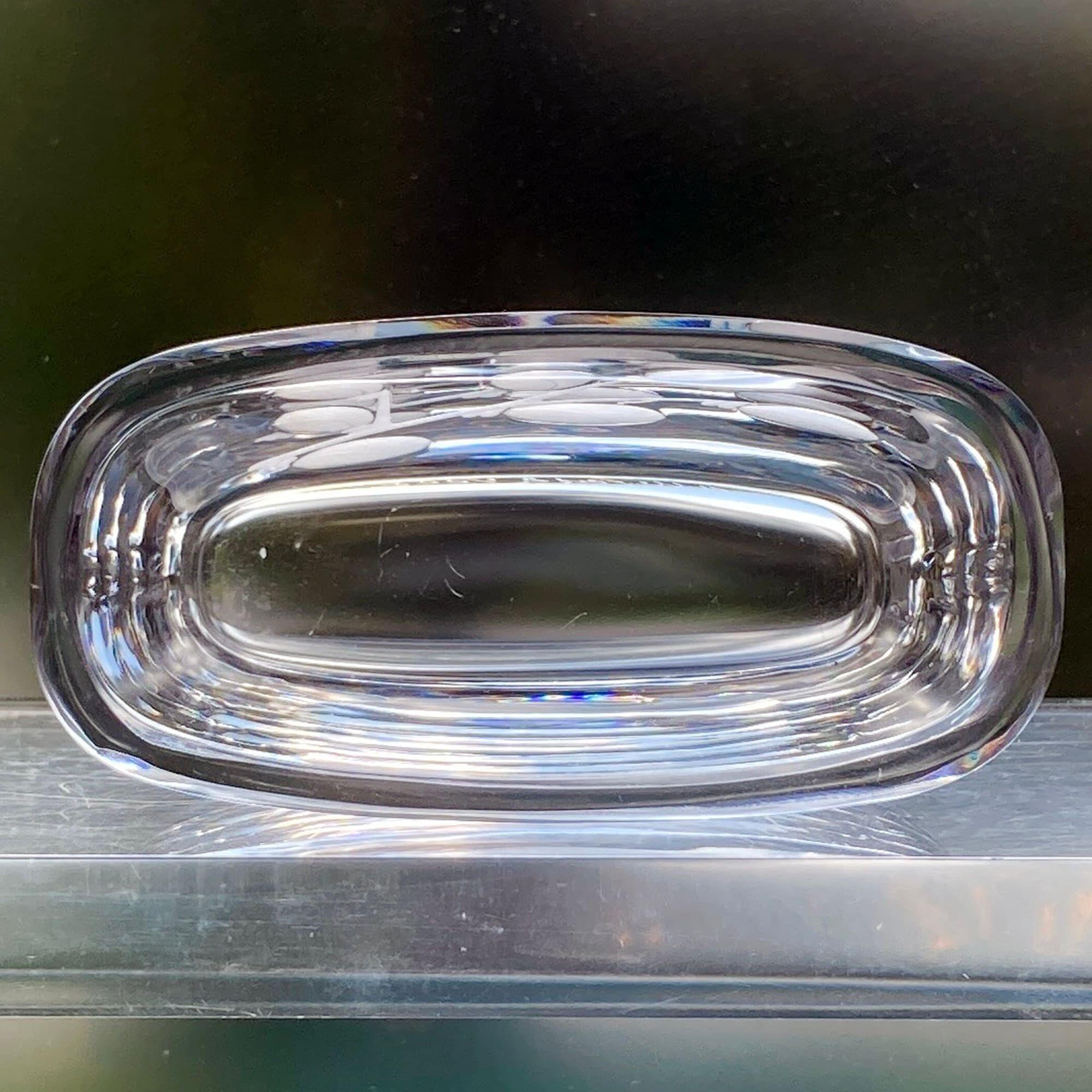 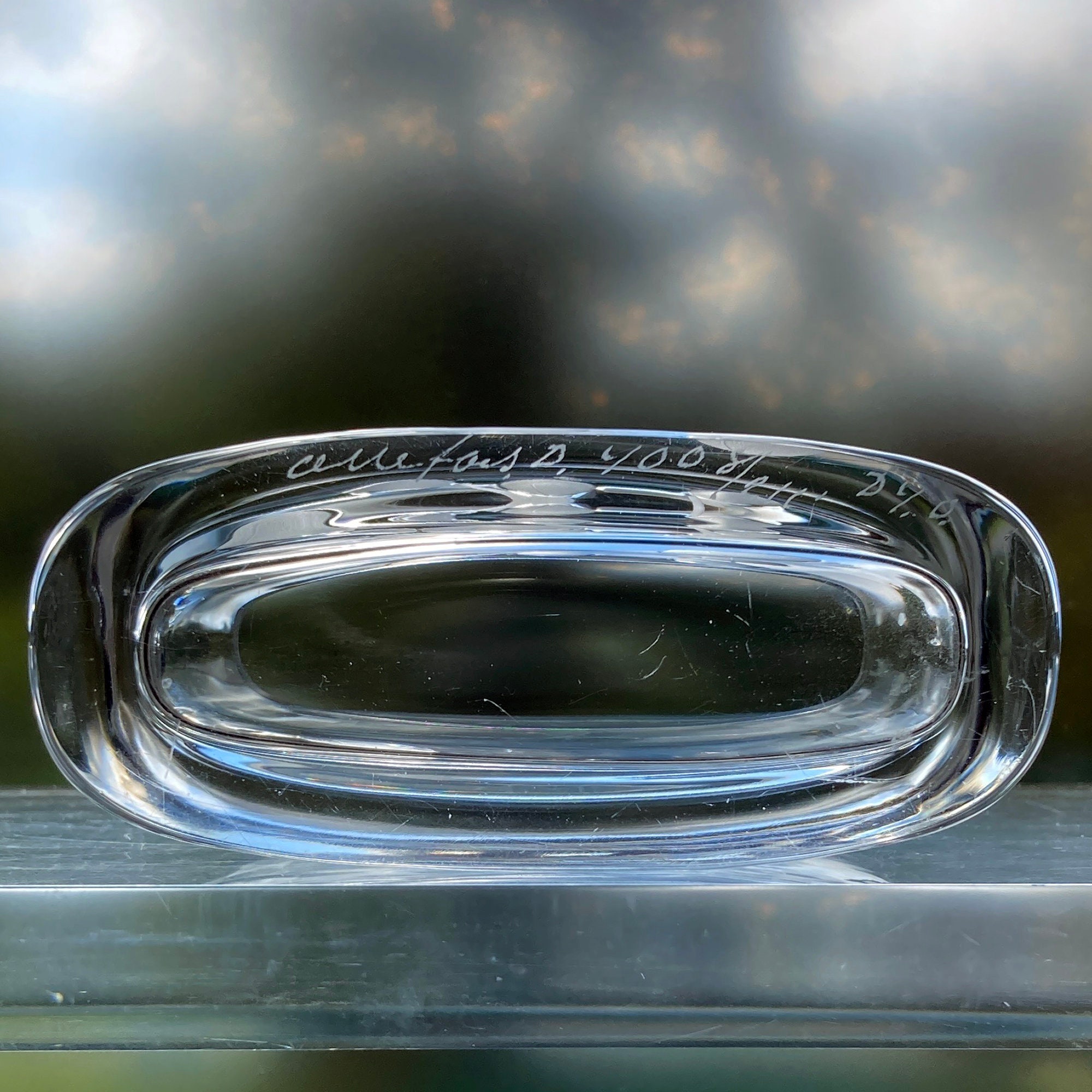 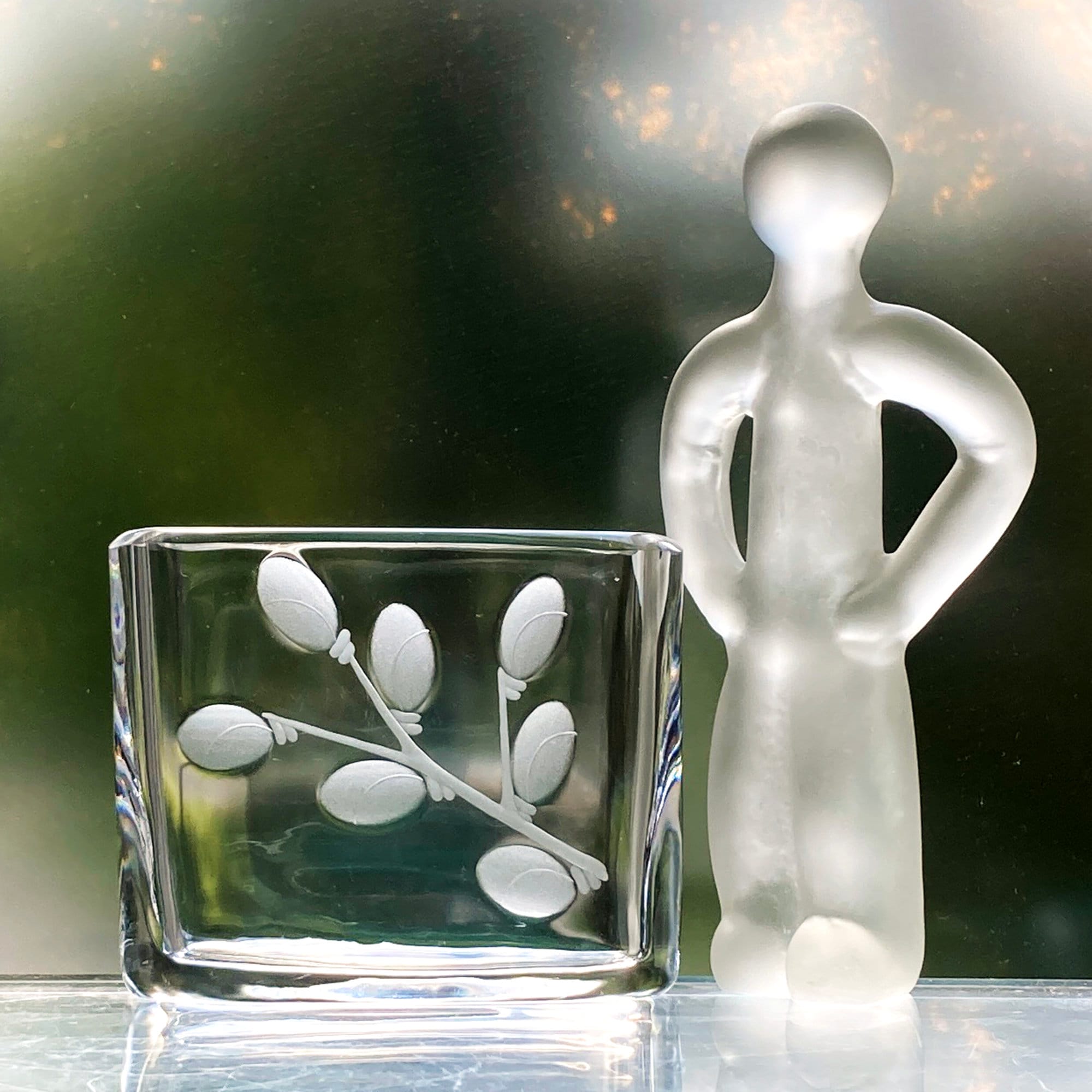 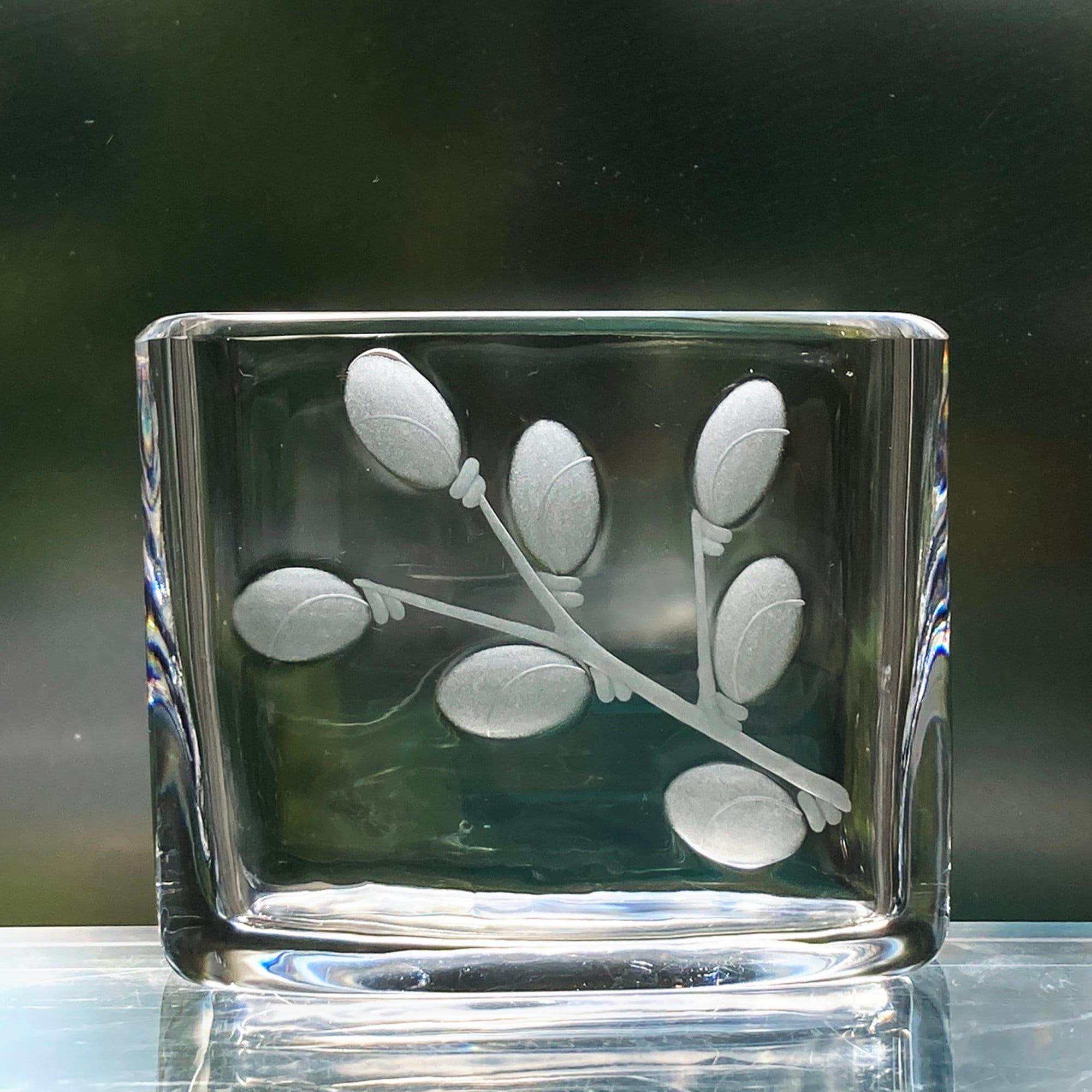 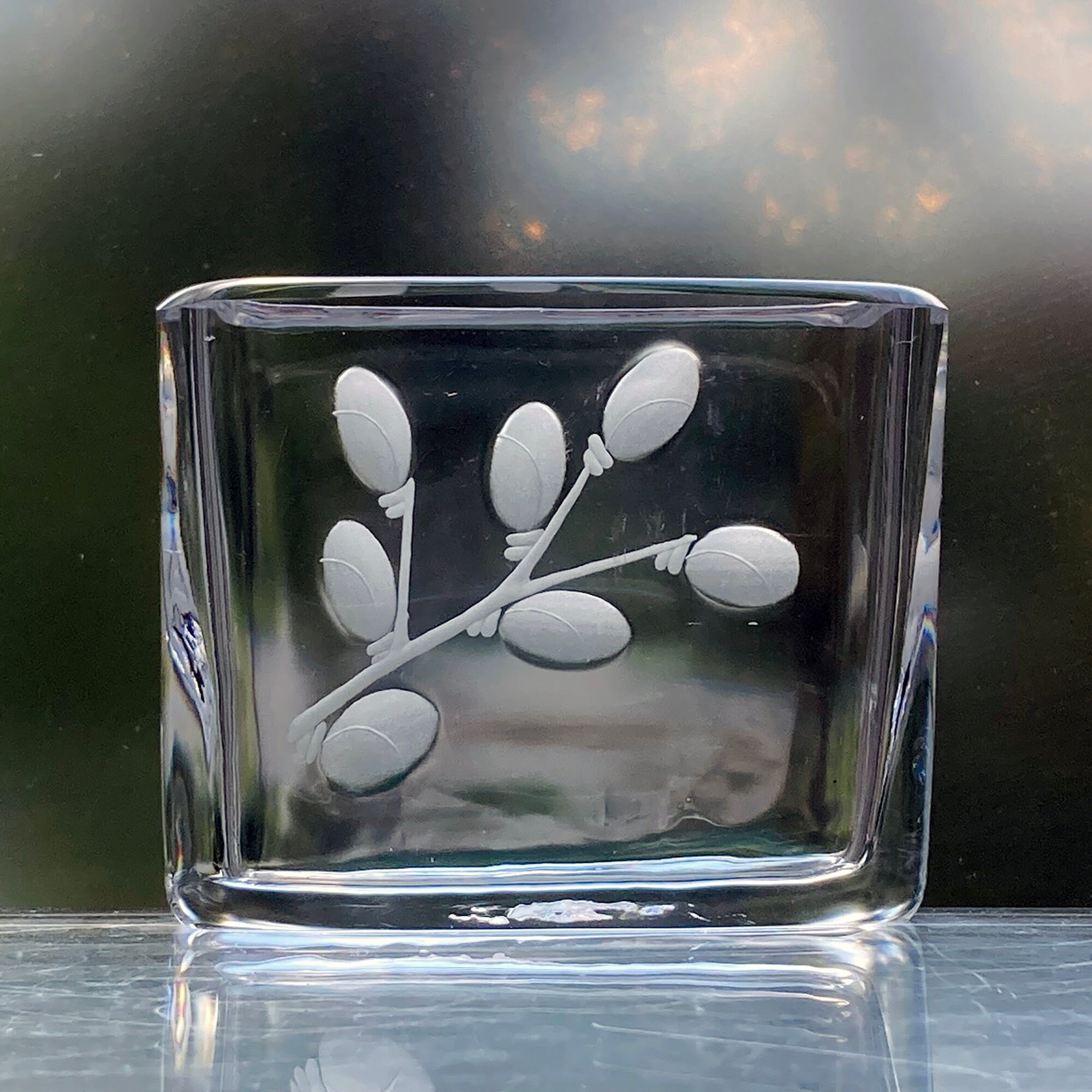 Ingeborg Lundin was the first female artist hired at Orrefors. She worked there from 1947 to 1971, and may be best known for her large, delicate, very round, hand blown, "Apple" vases. By contrast, this sturdier piece is blown into a mould and copper-wheel engraved. Lundin's engraved motifs always show a touch of whimsy, and these pussy willows are no exception.