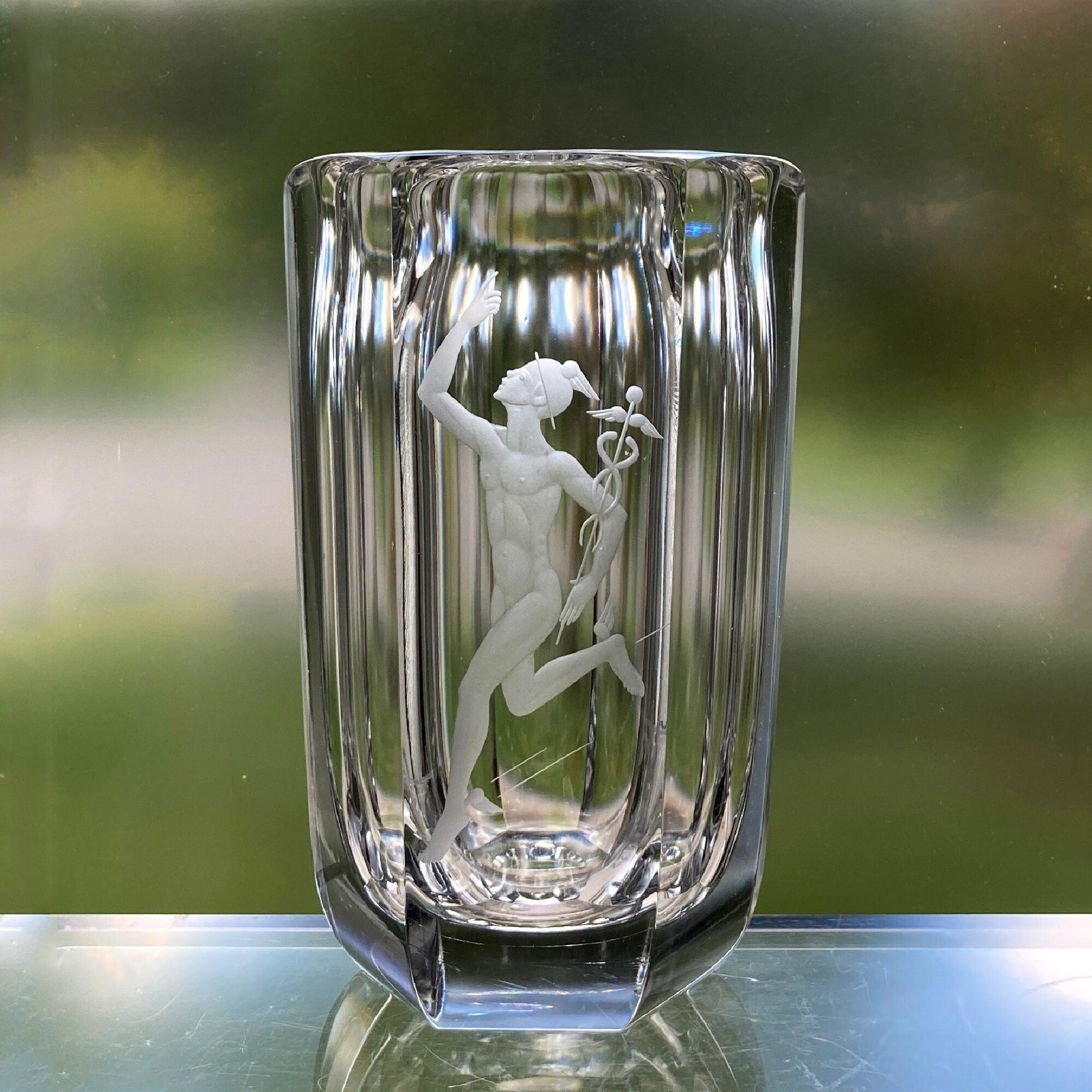 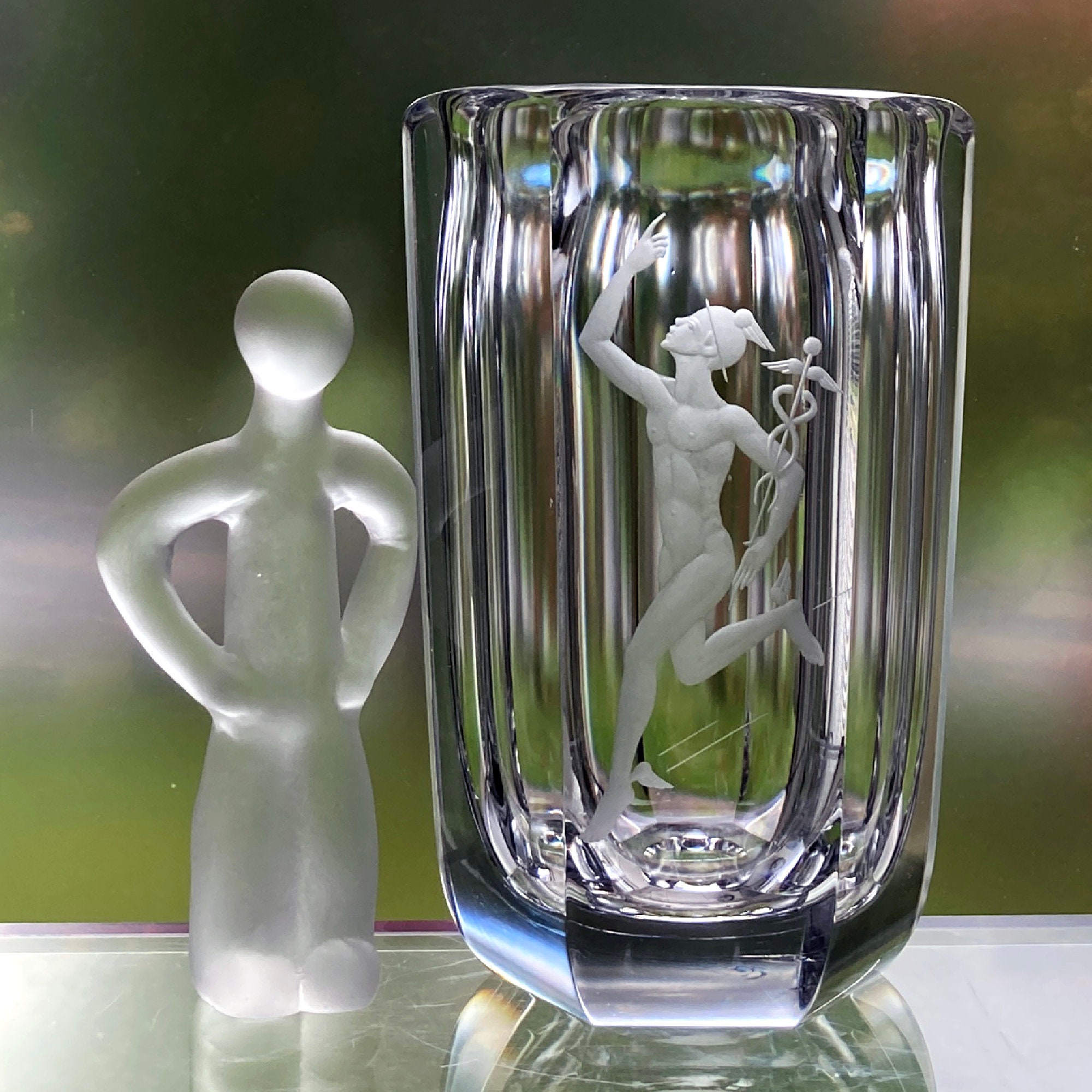 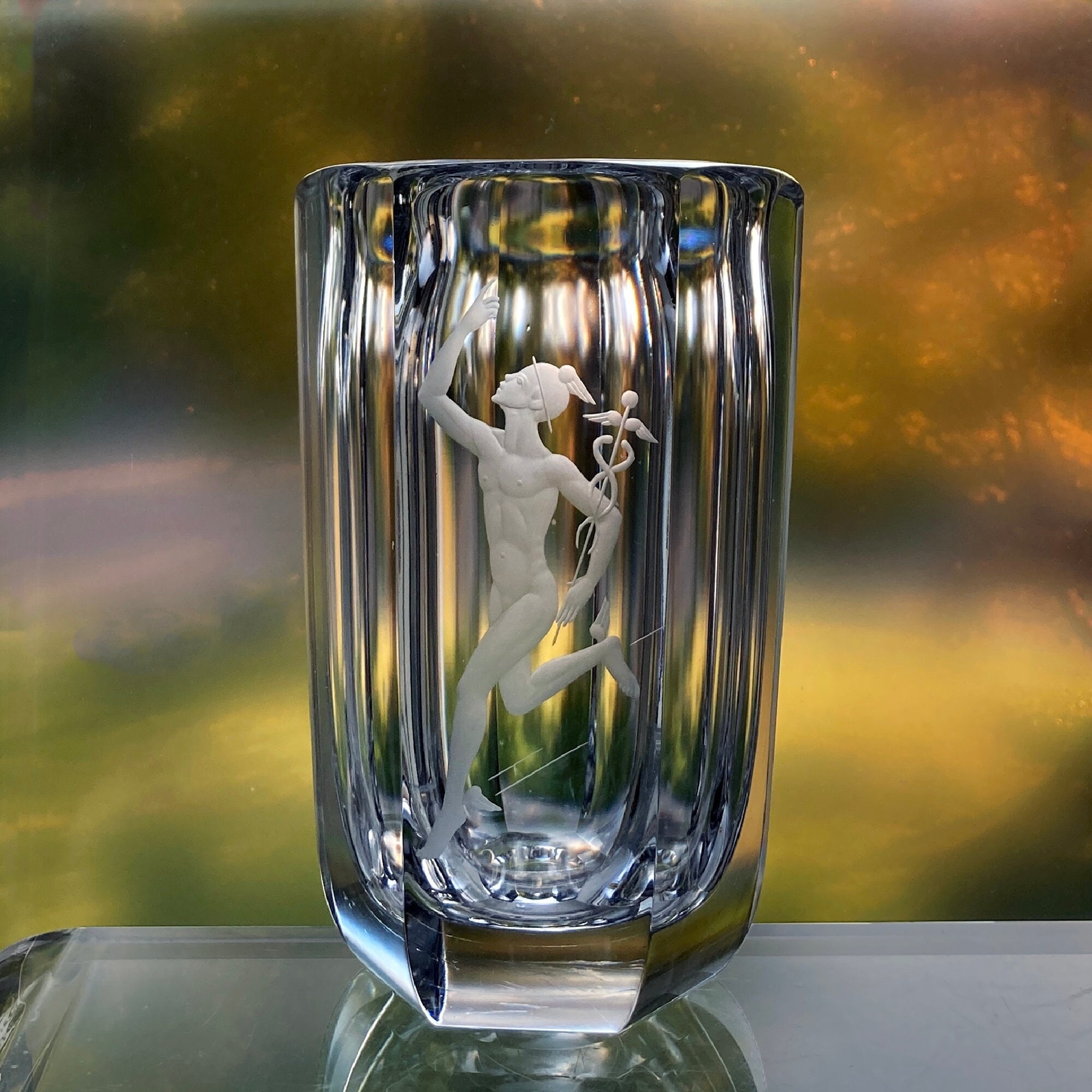 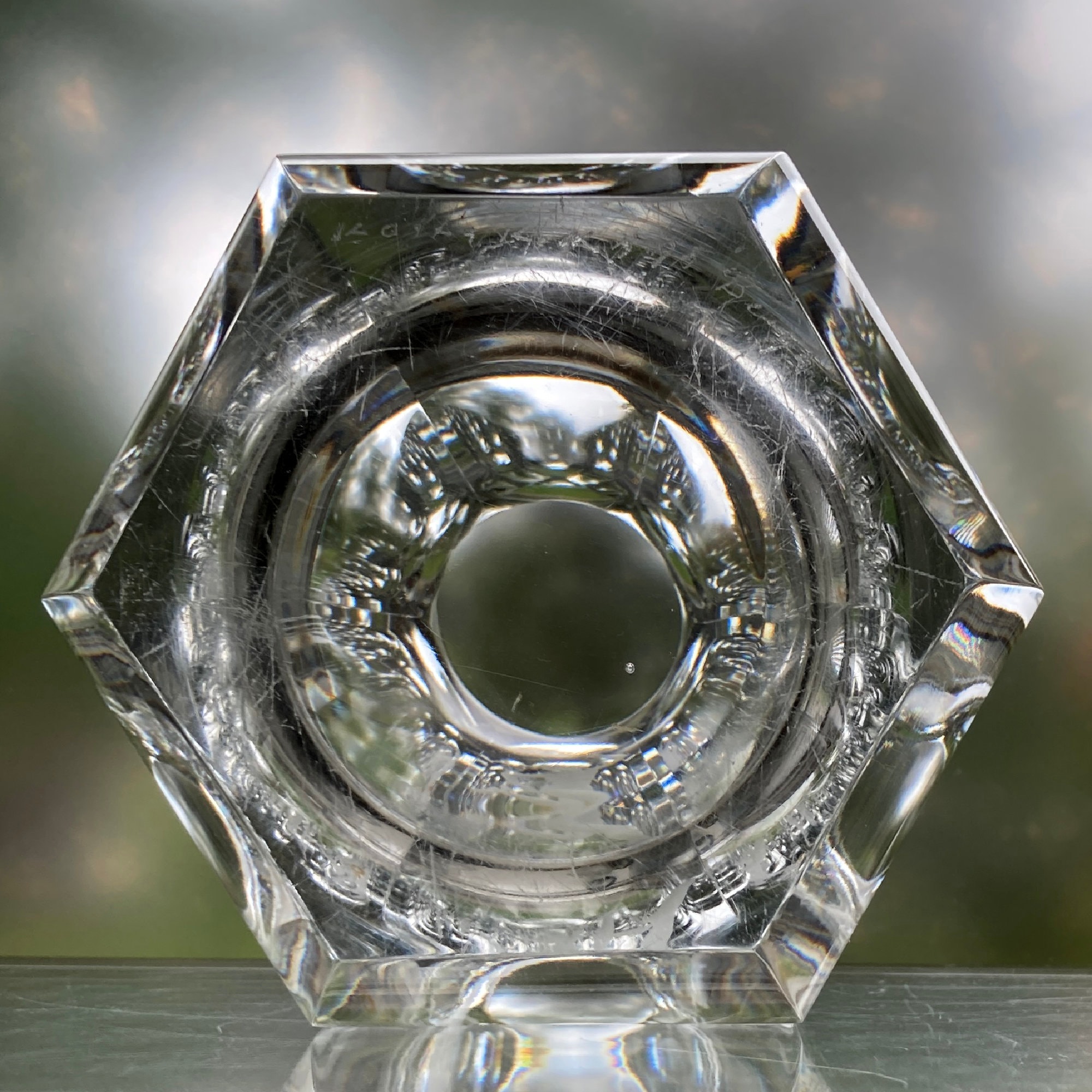 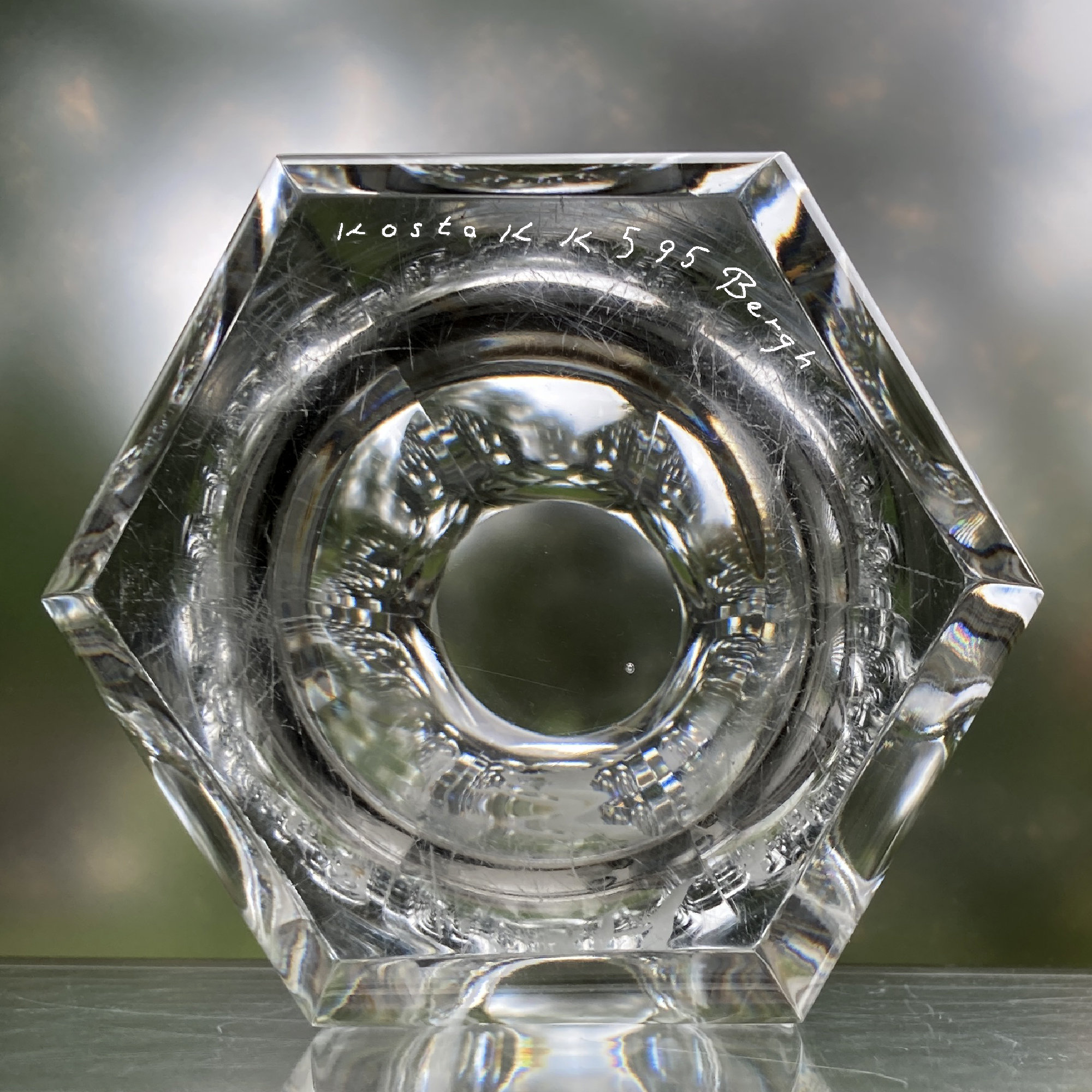 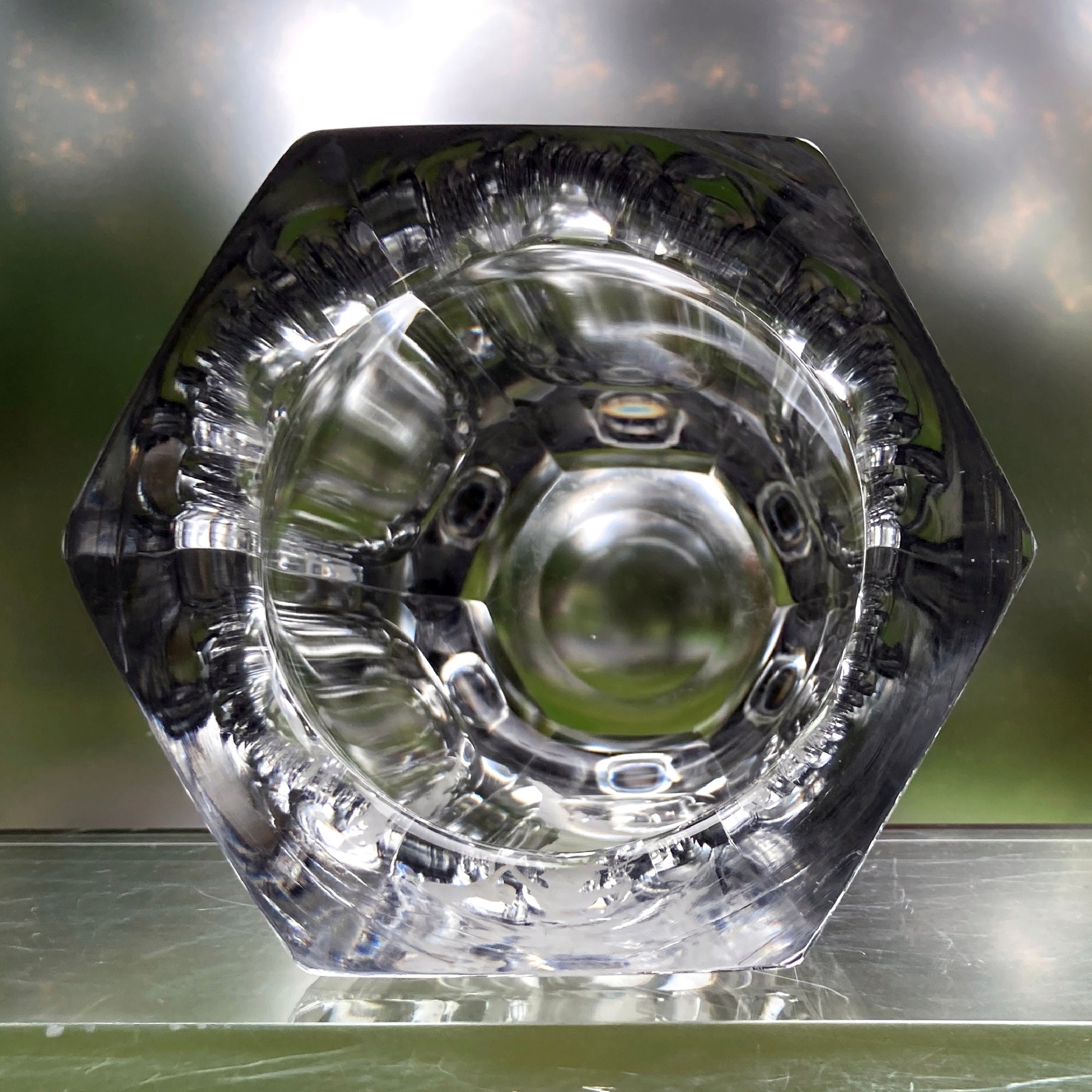 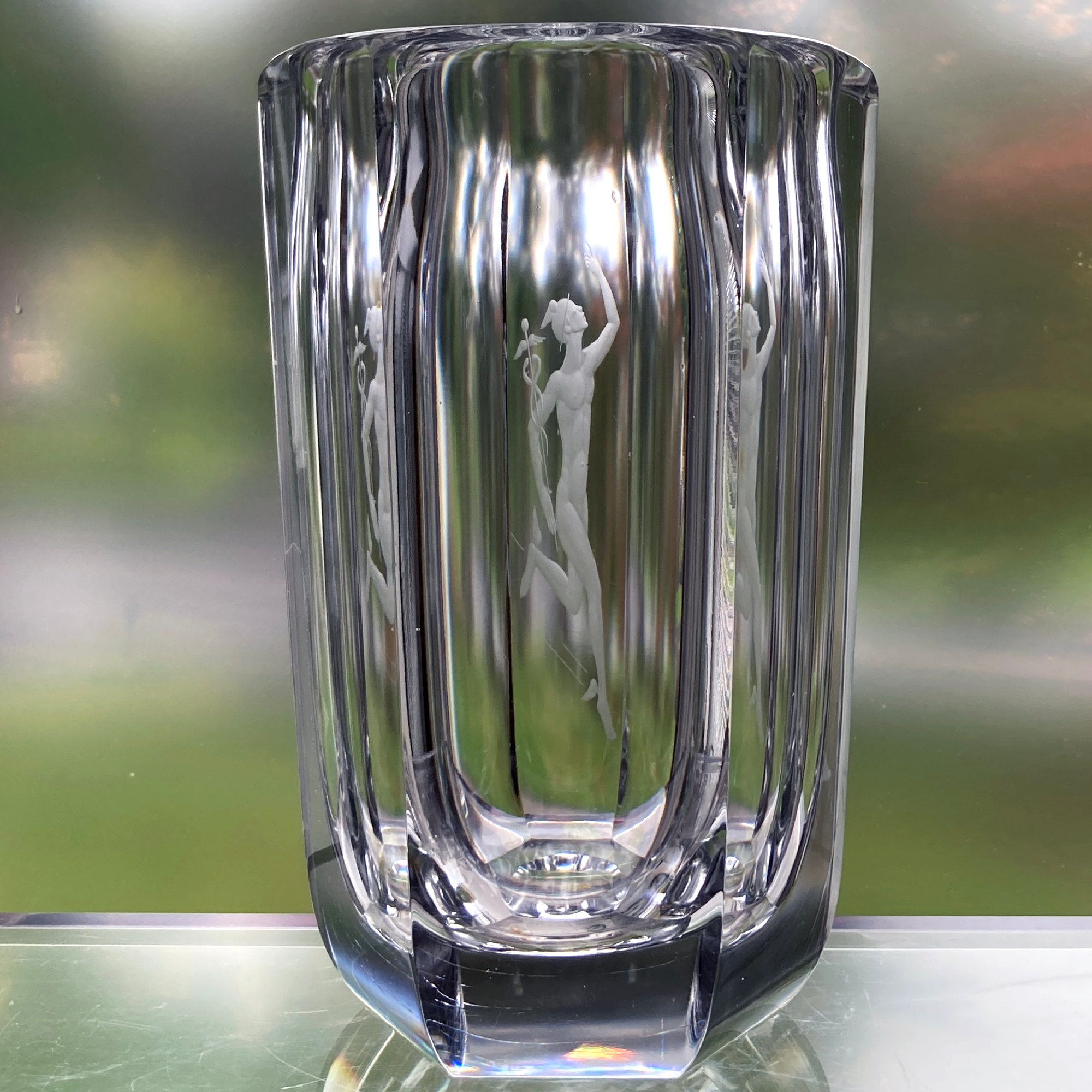 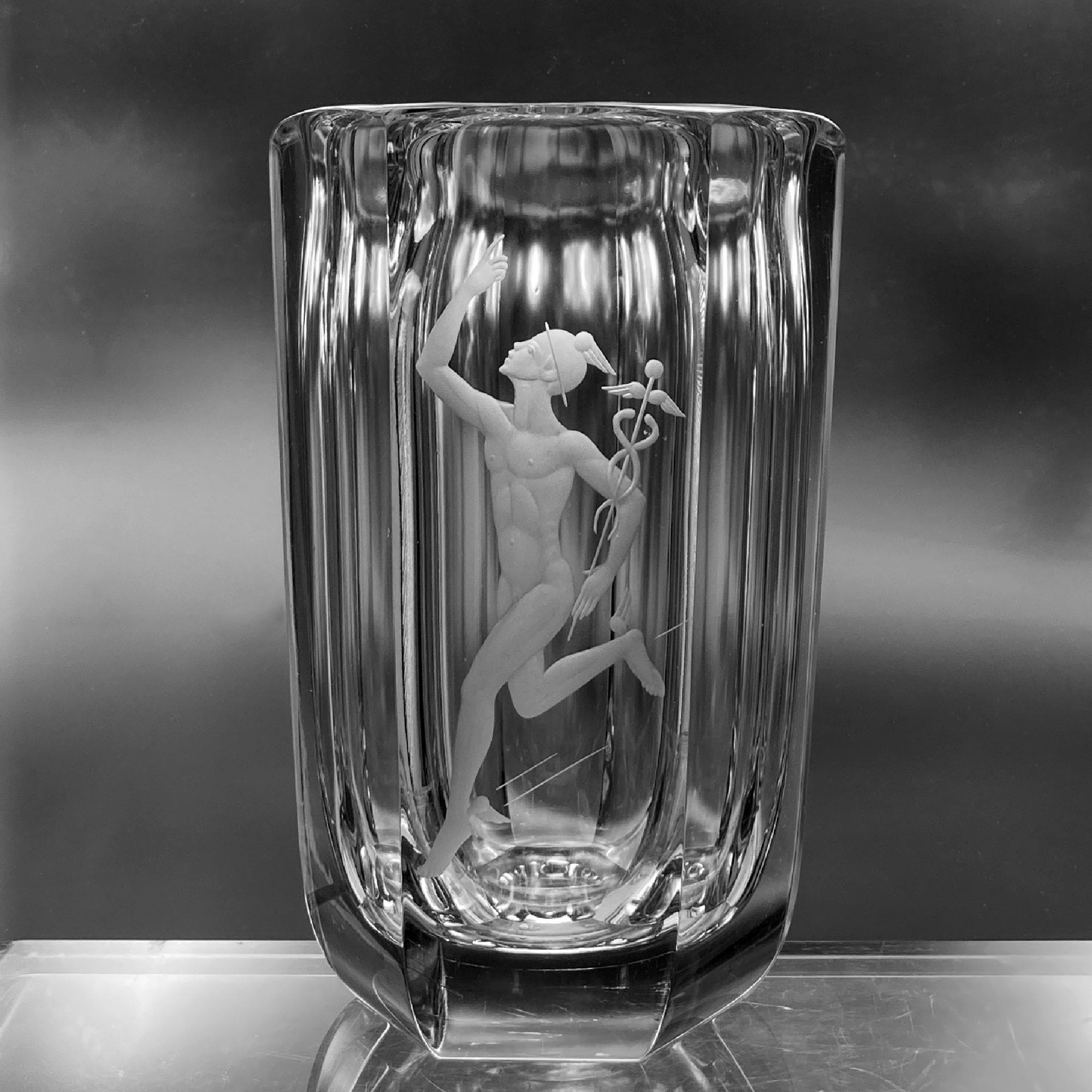 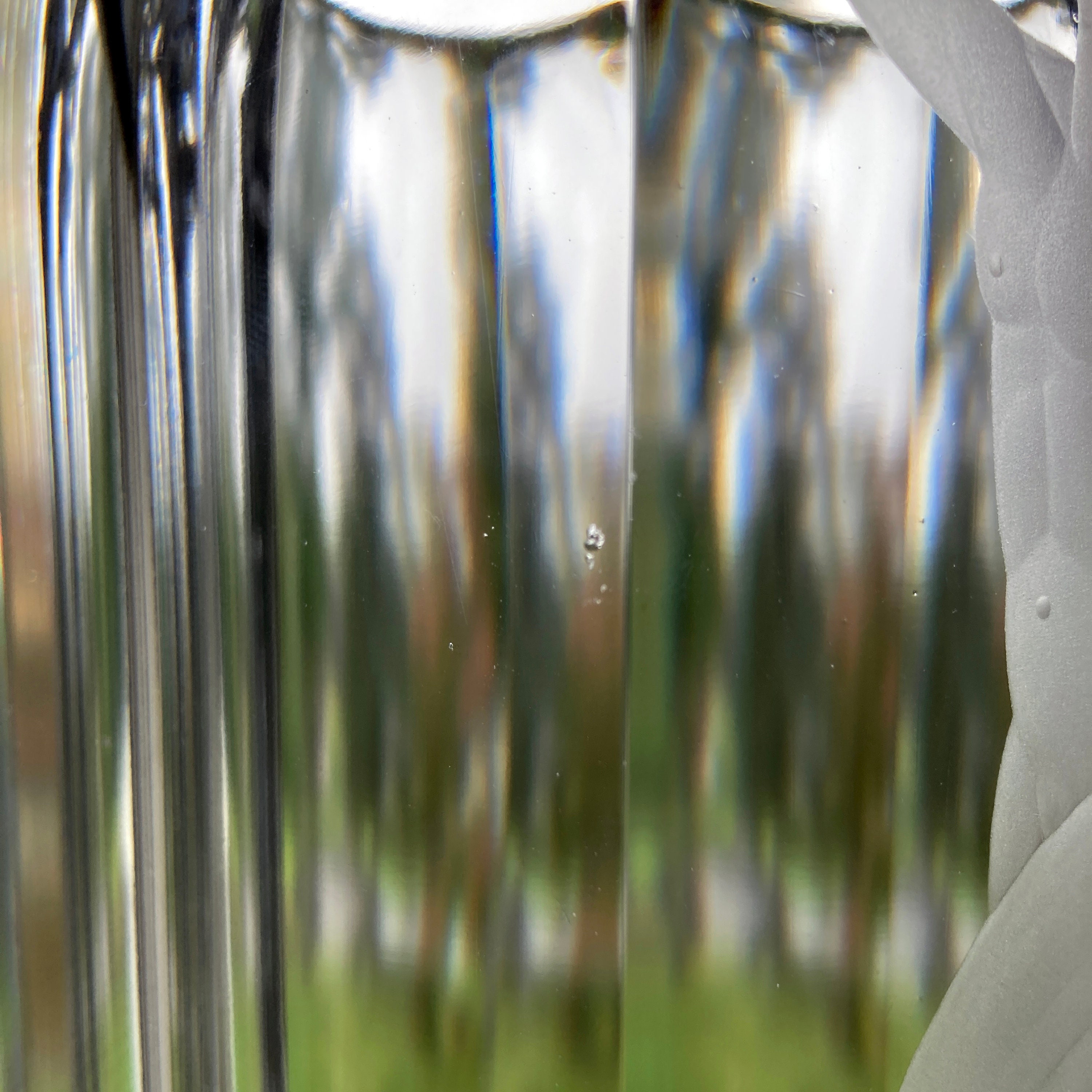 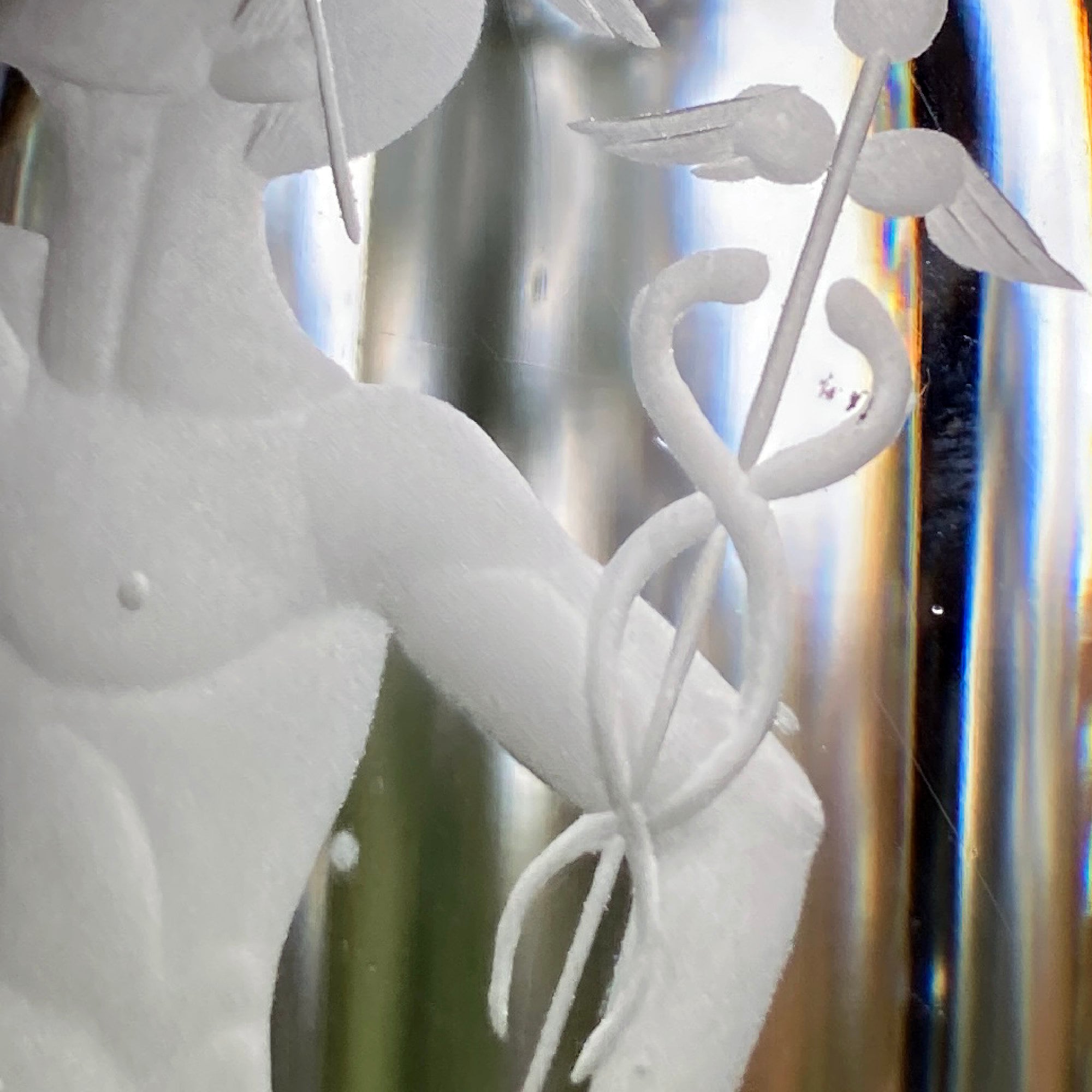 This spectacular vase depicts a lithe figure, running naked across the perfectly cut crystal. That figure is the Greek god Hermes (the Roman Mercury), who was the god of translators and interpreters. He was the most clever of the Olympian gods, and served as messenger for all the other gods. He ruled over wealth, good fortune, commerce, fertility, and thievery. In this Art Deco-influenced engraving, he wears only a winged helmet and shoes and carries a caduceus.

The vase is very big and heavy, weighing almost 10 pounds and measuring about 9.5" tall and 6.5" across. It has marvelously planed sides, sharp edges, a rounded rim, and a tapered base. It was engraved using the traditional copper-wheel method, one that requires incredible skill. The piece has the expected wear on its base and some very small imperfections (a few bubbles throughout and 3 tiny scratches near the caduceus), but overall it is in fantastic condition.