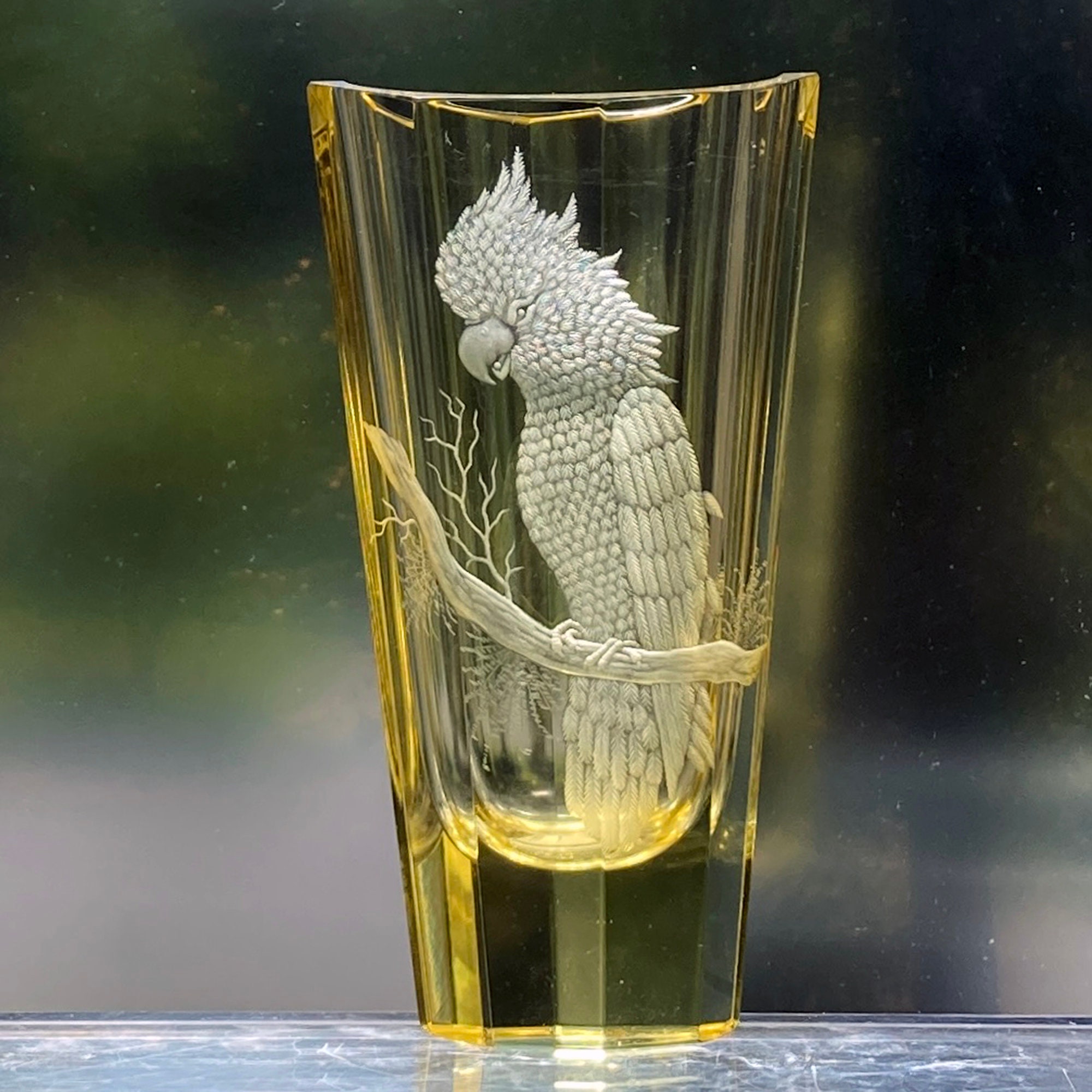 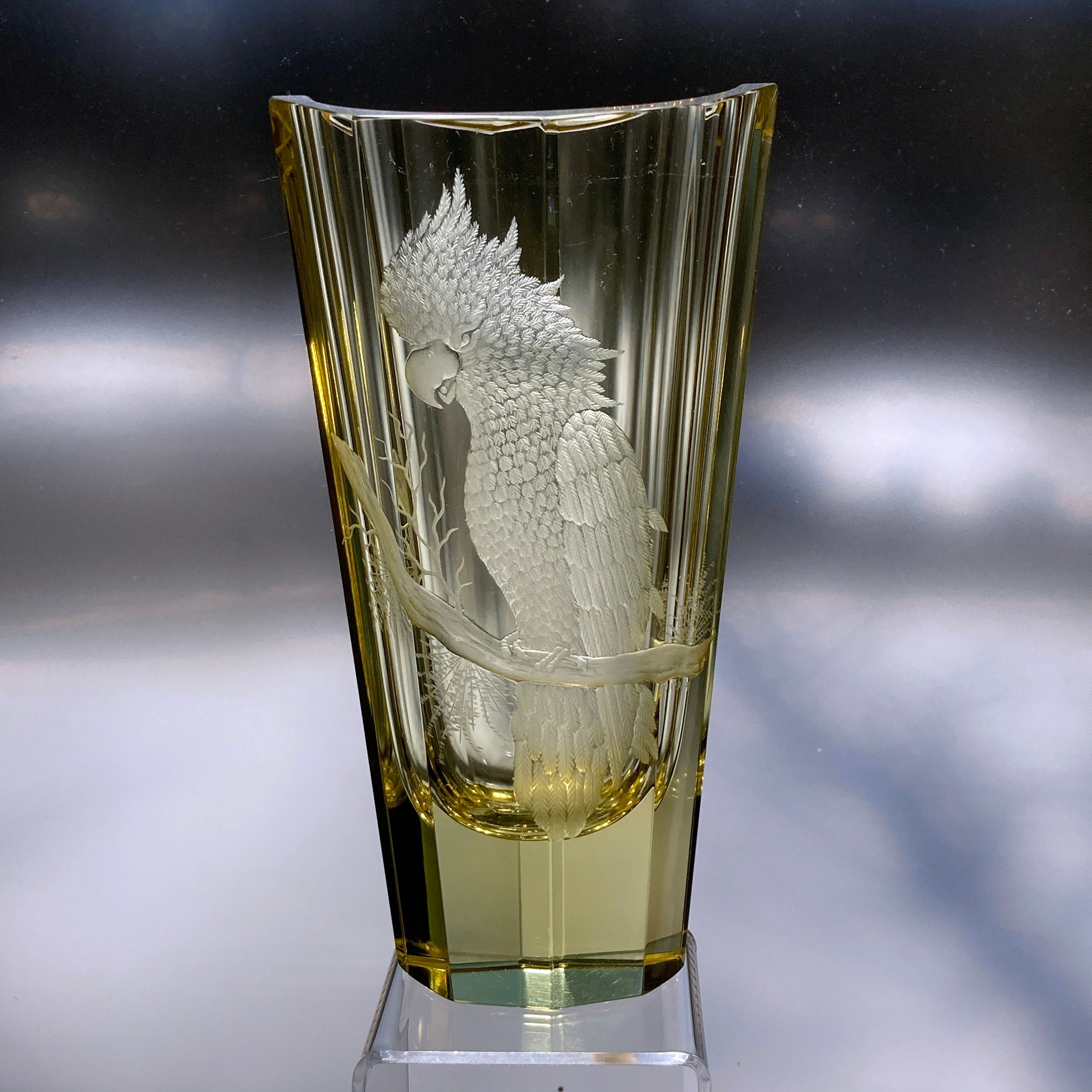 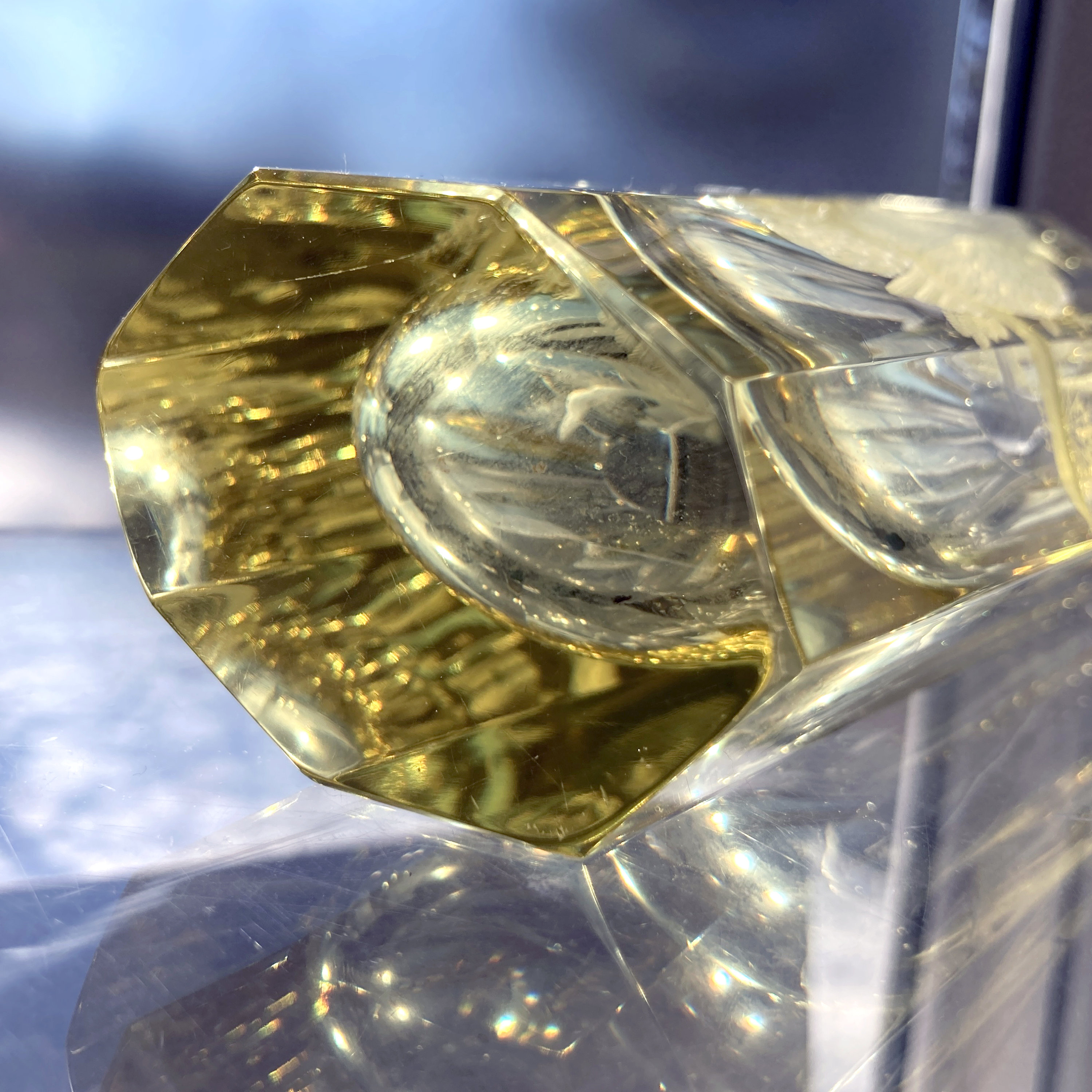 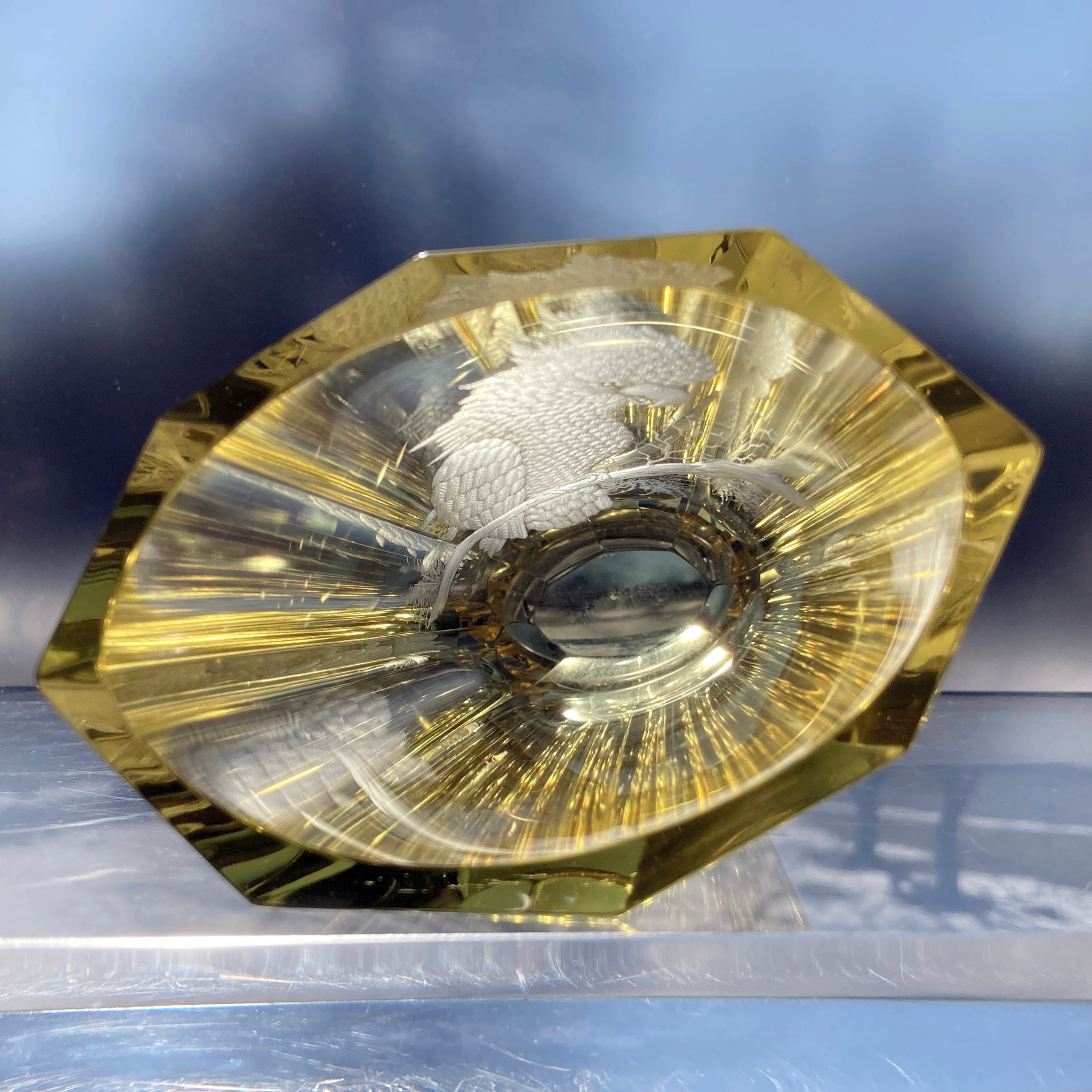 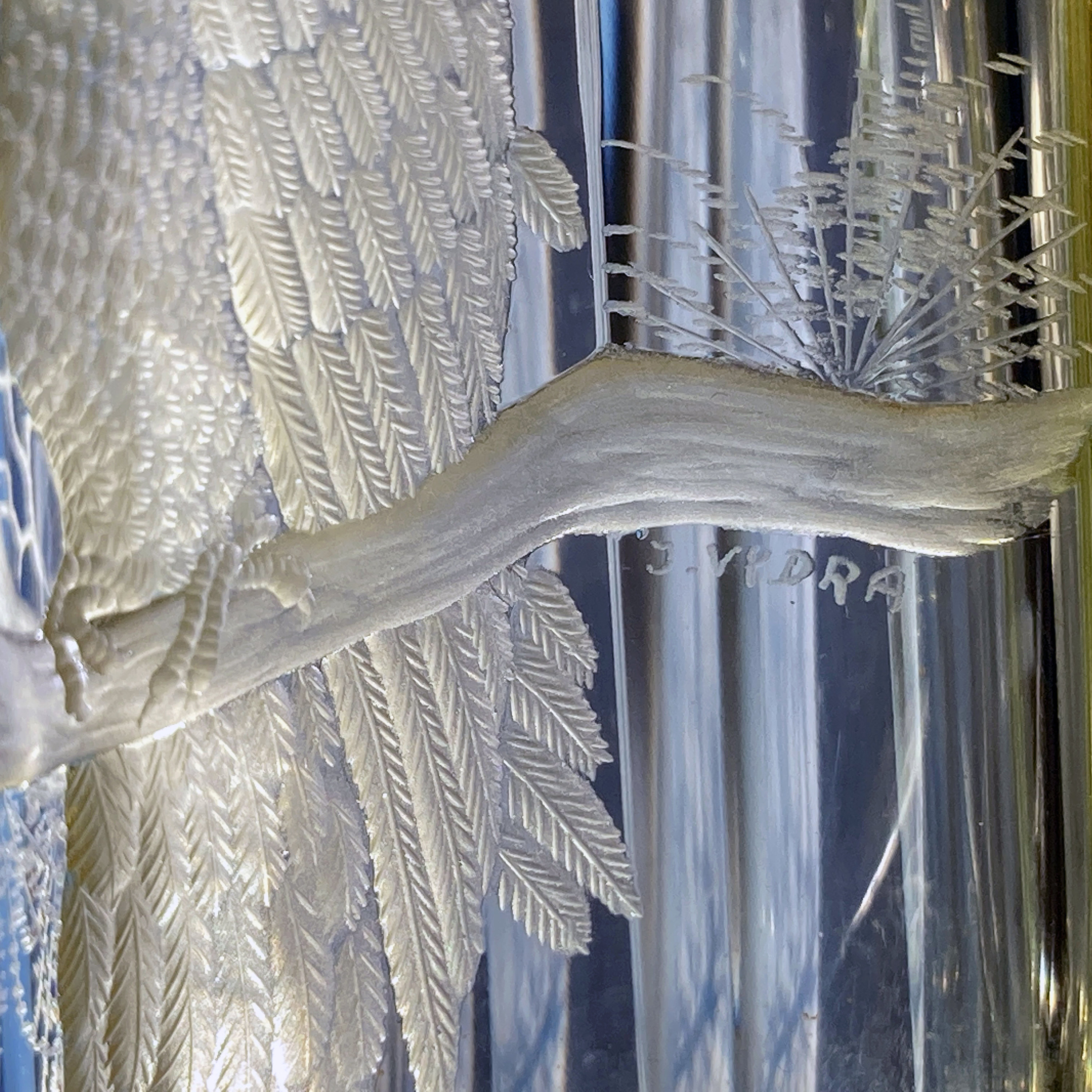 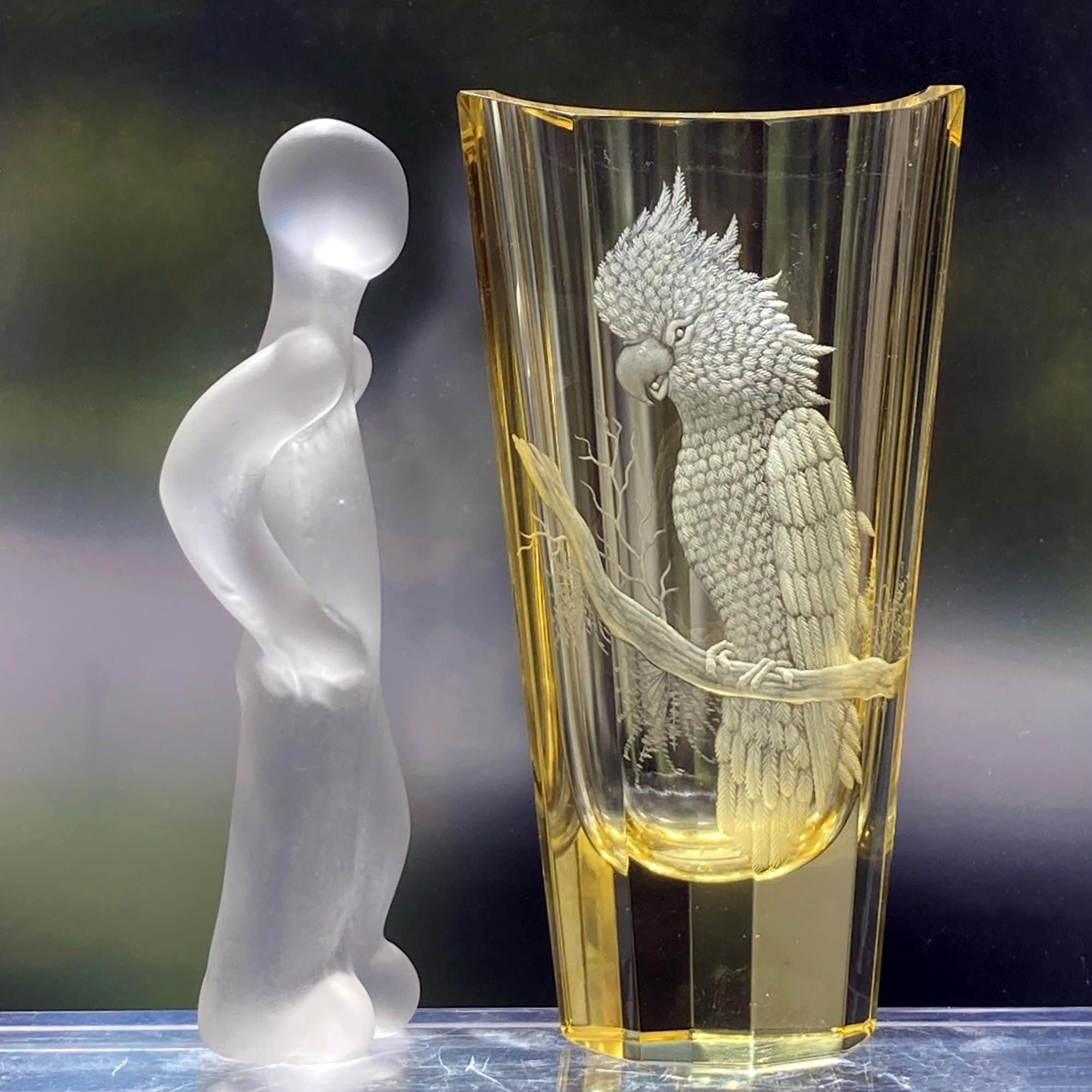 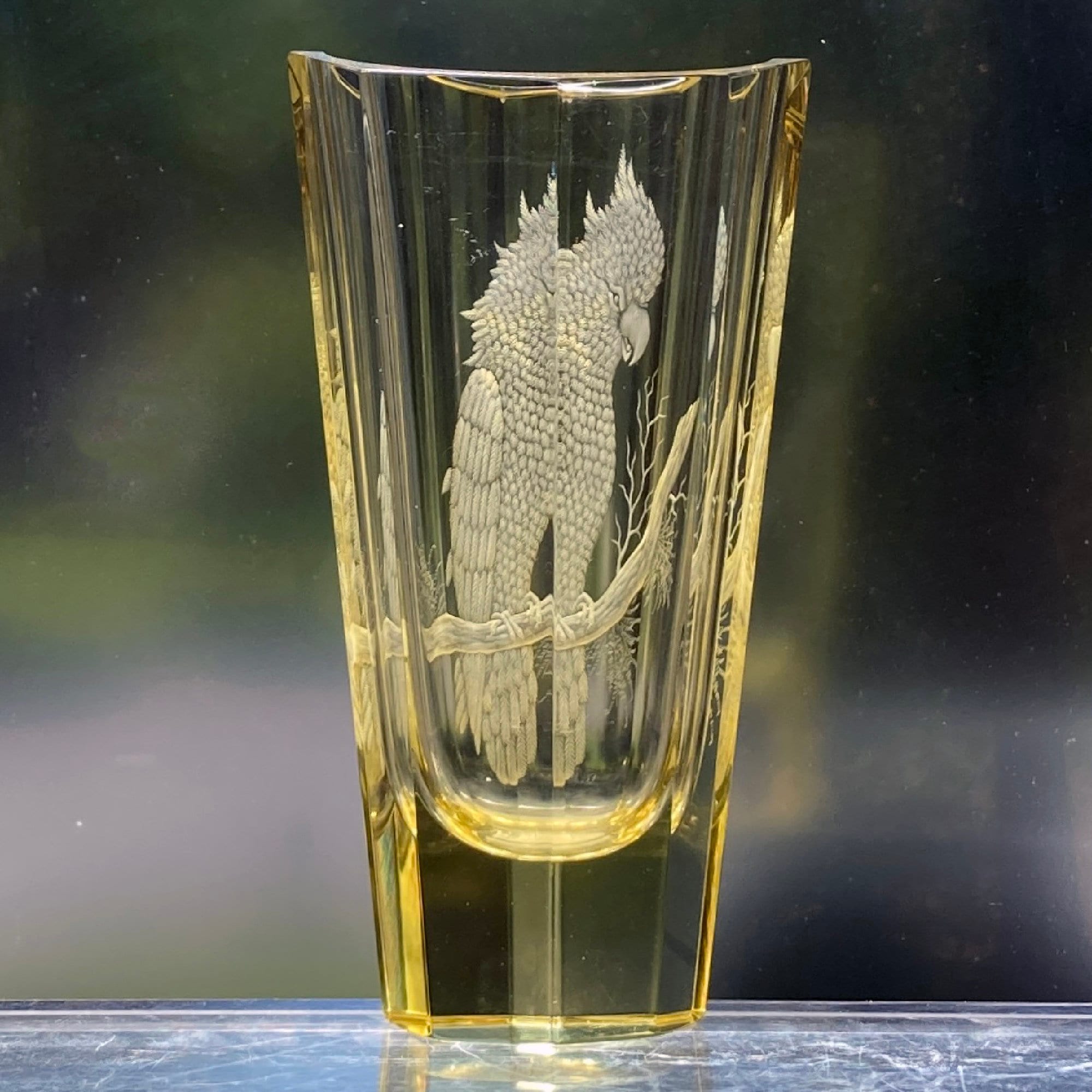 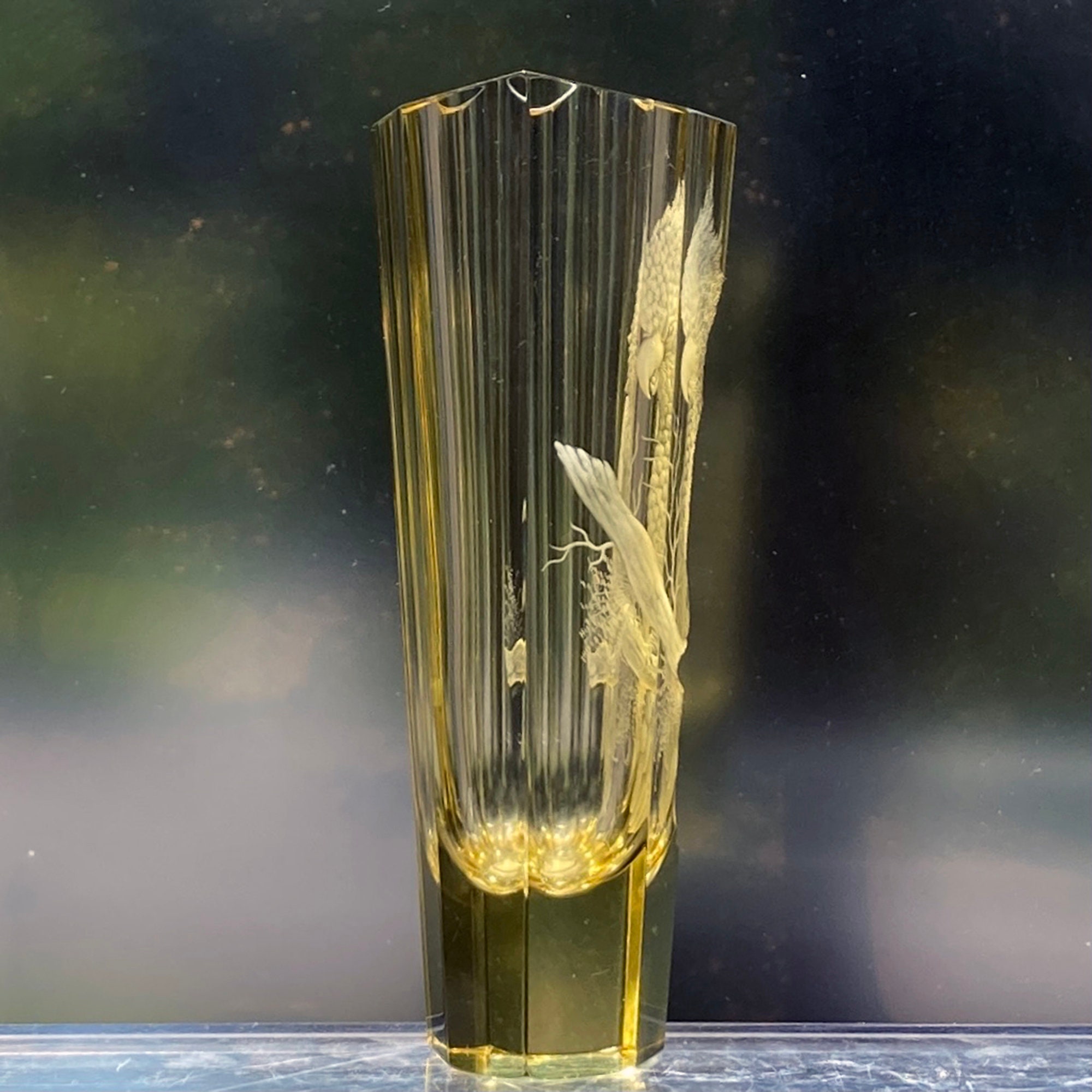 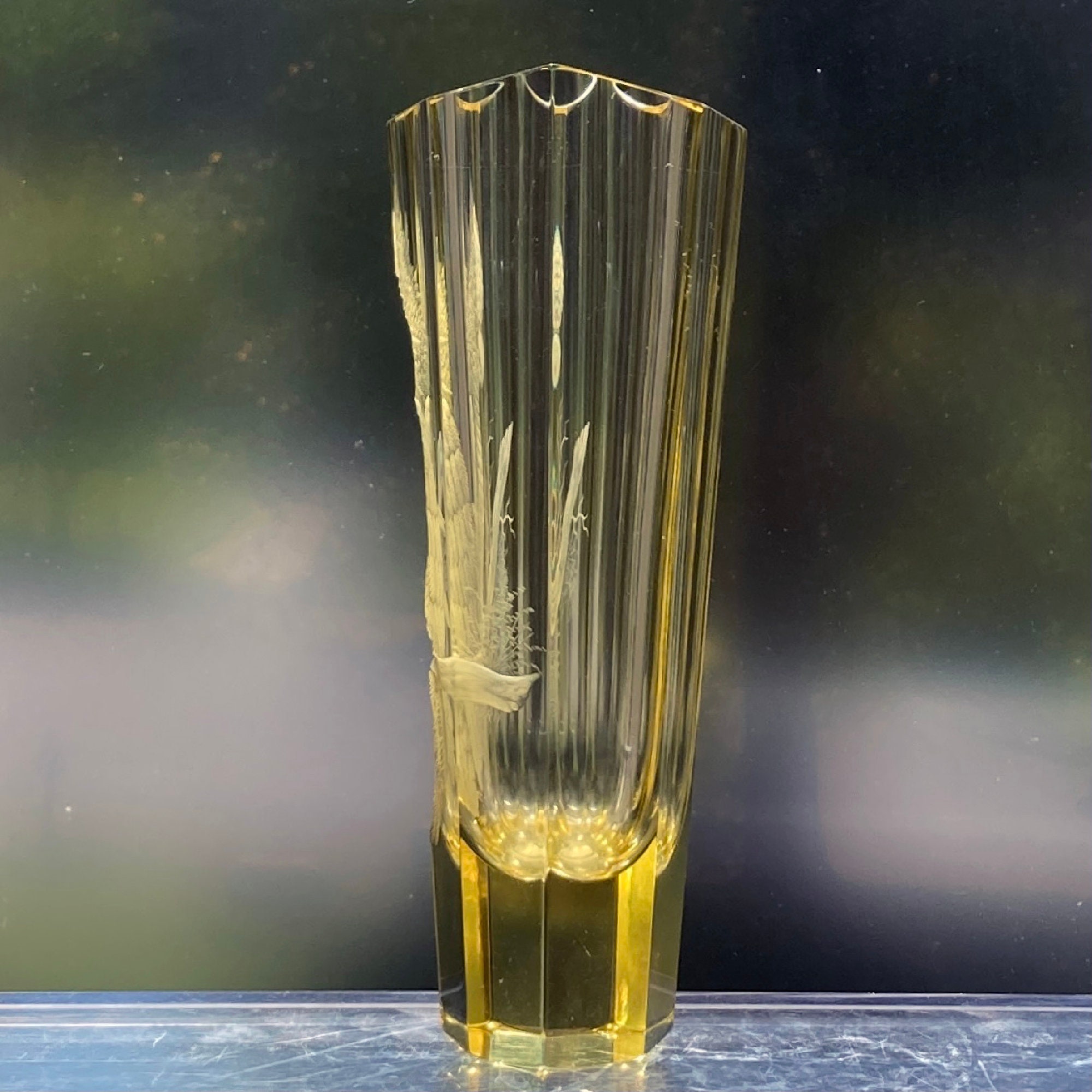 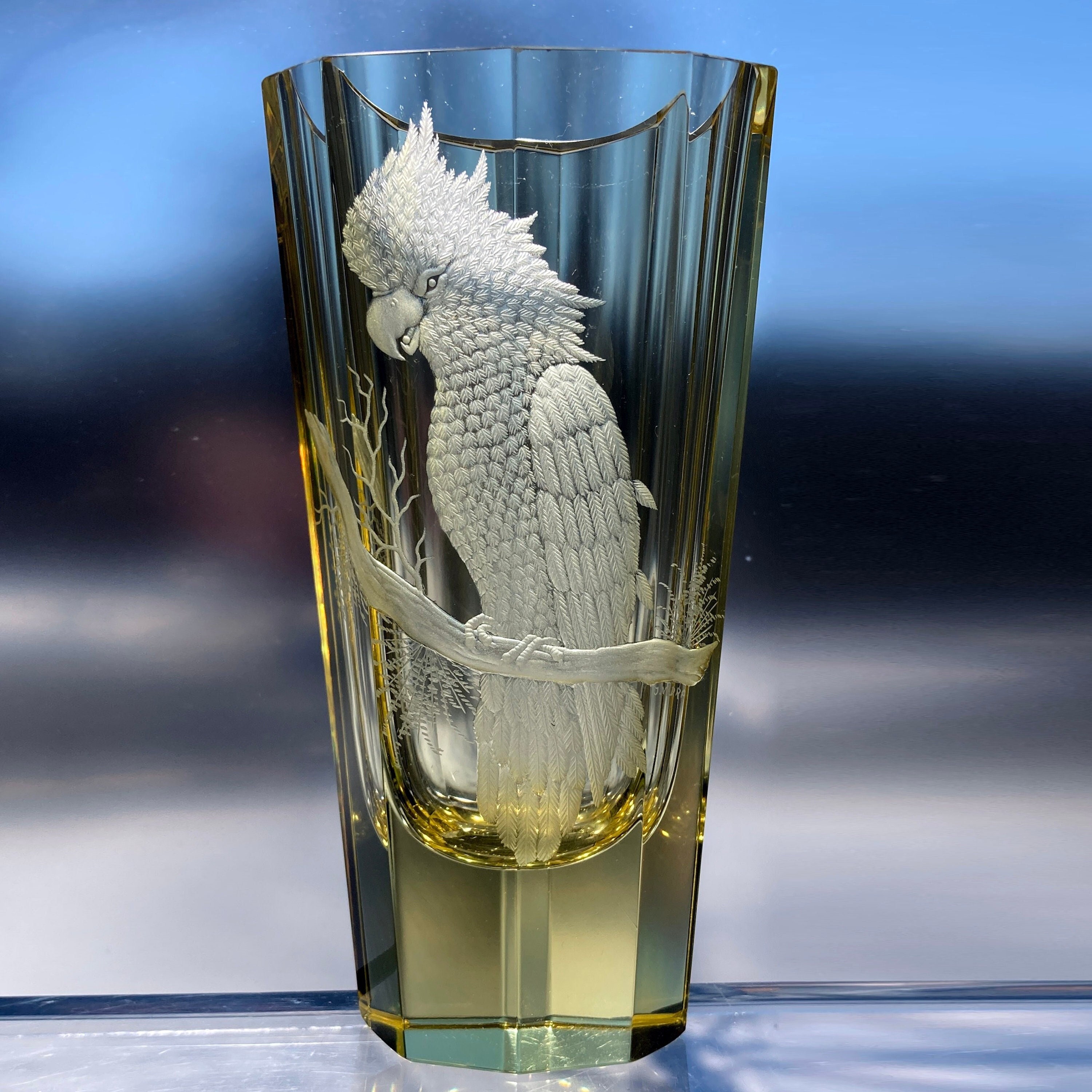 This exquisite parrot vase was decorated by Jaroslav Vydra, owner and master engraver of Aida Engraving. It is wheel engraved on a stunning citrine vase, reminiscent of those I've seen from Moser. The bottom of the vase is flat, polished, and unmarked; Vydra's signature appears to the lower right of the image. The vase is incredibly well cut, and very heavy for its size; I think it must be Bohemian or Czech.

Vydra studied and worked at Moser, in Karlovy Vary, Czech Republic, earning the distinction of master engraver. He carries on the tradition of hand engraving at his own business, Aida Engraving. He says, "Generation of engravers began at school as teenagers, serving five years school and apprenticeship indentured through the engraving school and company in Czech Republic. Over the years, each of us has slowly honed our skills, developing our own style while learning from old masters."

This vase is in very good vintage condition, with just a few scratches. The piece was likely made in the late 1980s or early 1990s. It's not too big, measuring 4.25" x 3" at the rim and 8" tall, and it weighs about 2 pounds. This special vase would make a spectacular gift or an exquisite addition to your own collection.

Note: I contacted Moser to see if this vase was made while Vydra was there, that is, if it is a Moser vase. The response I got was that it is not.