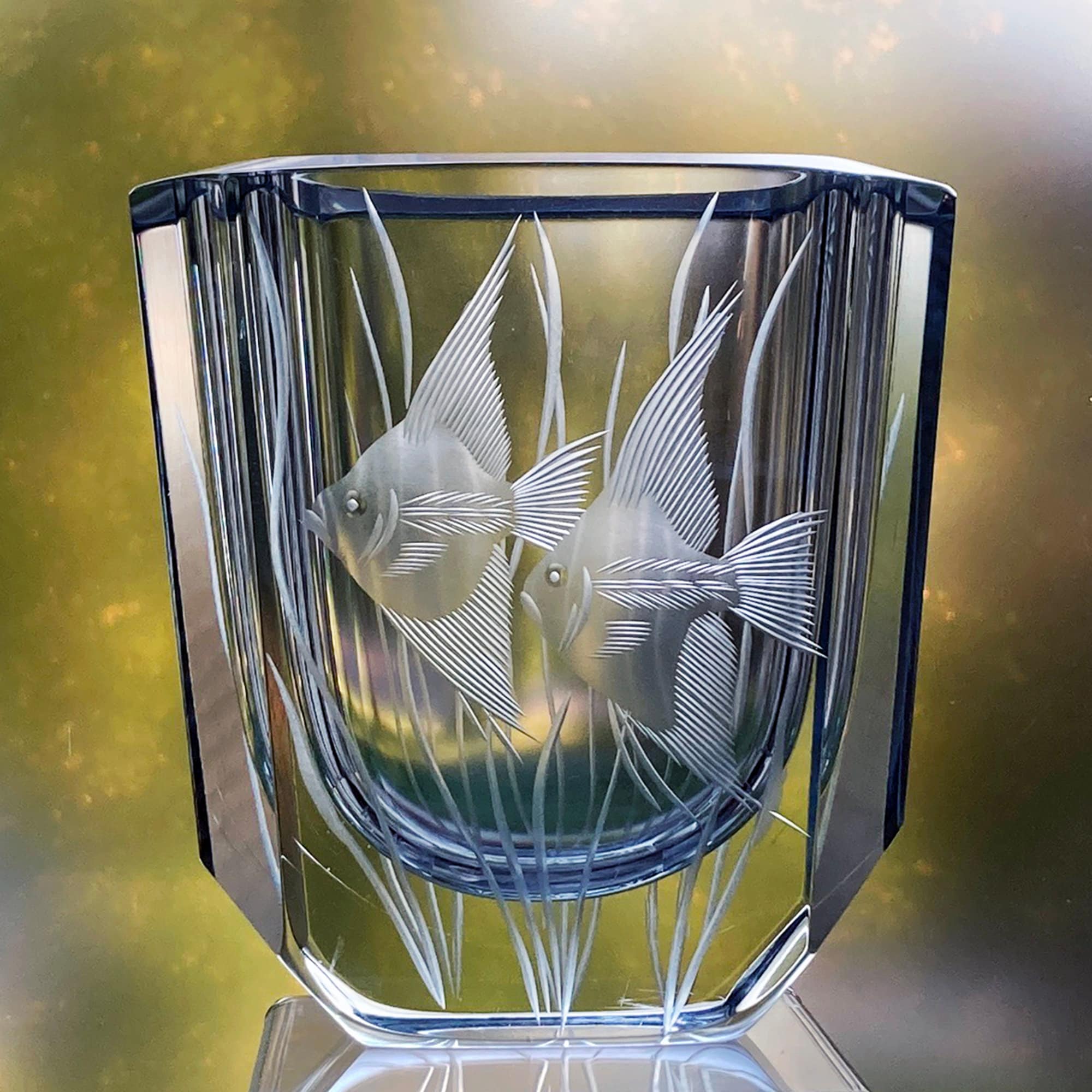 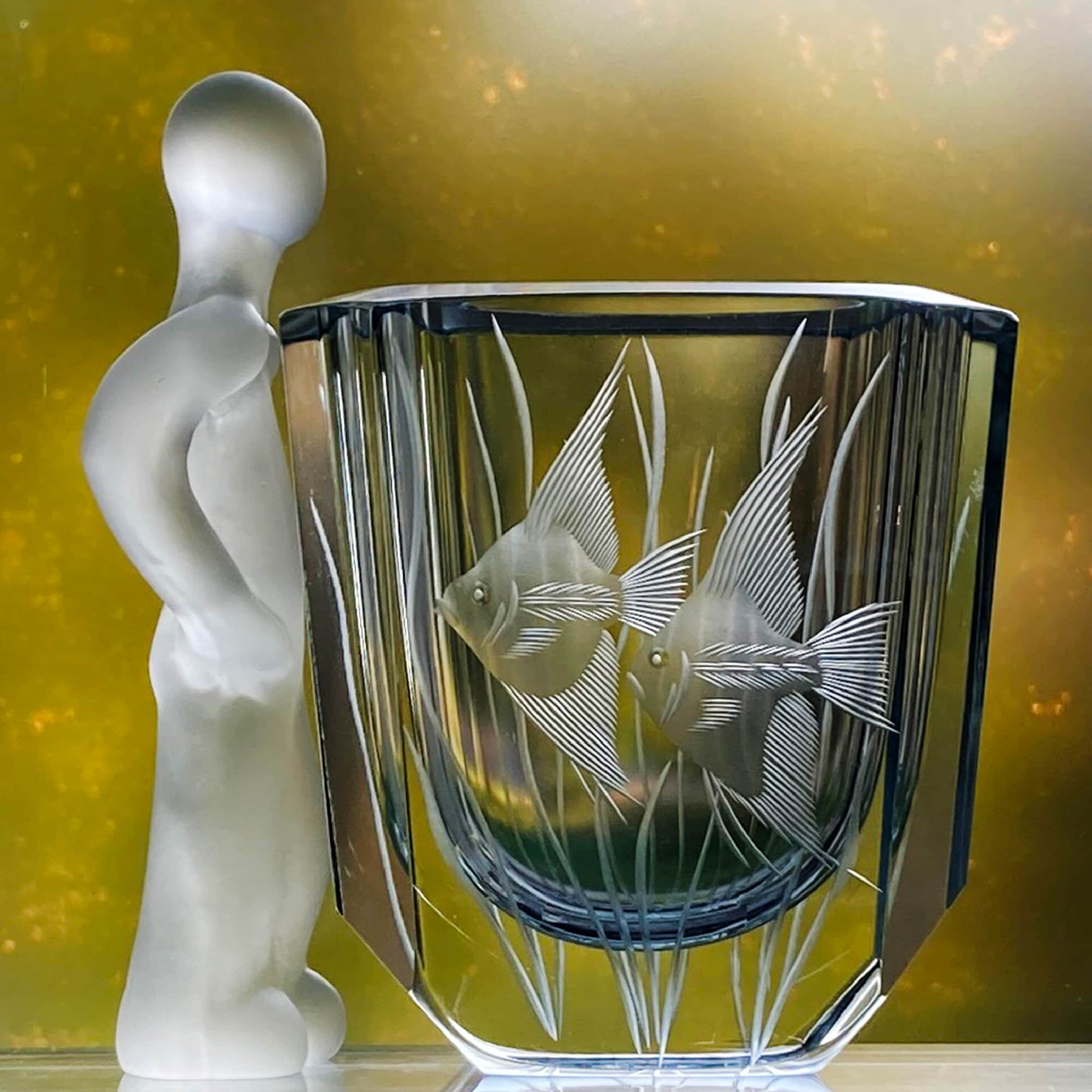 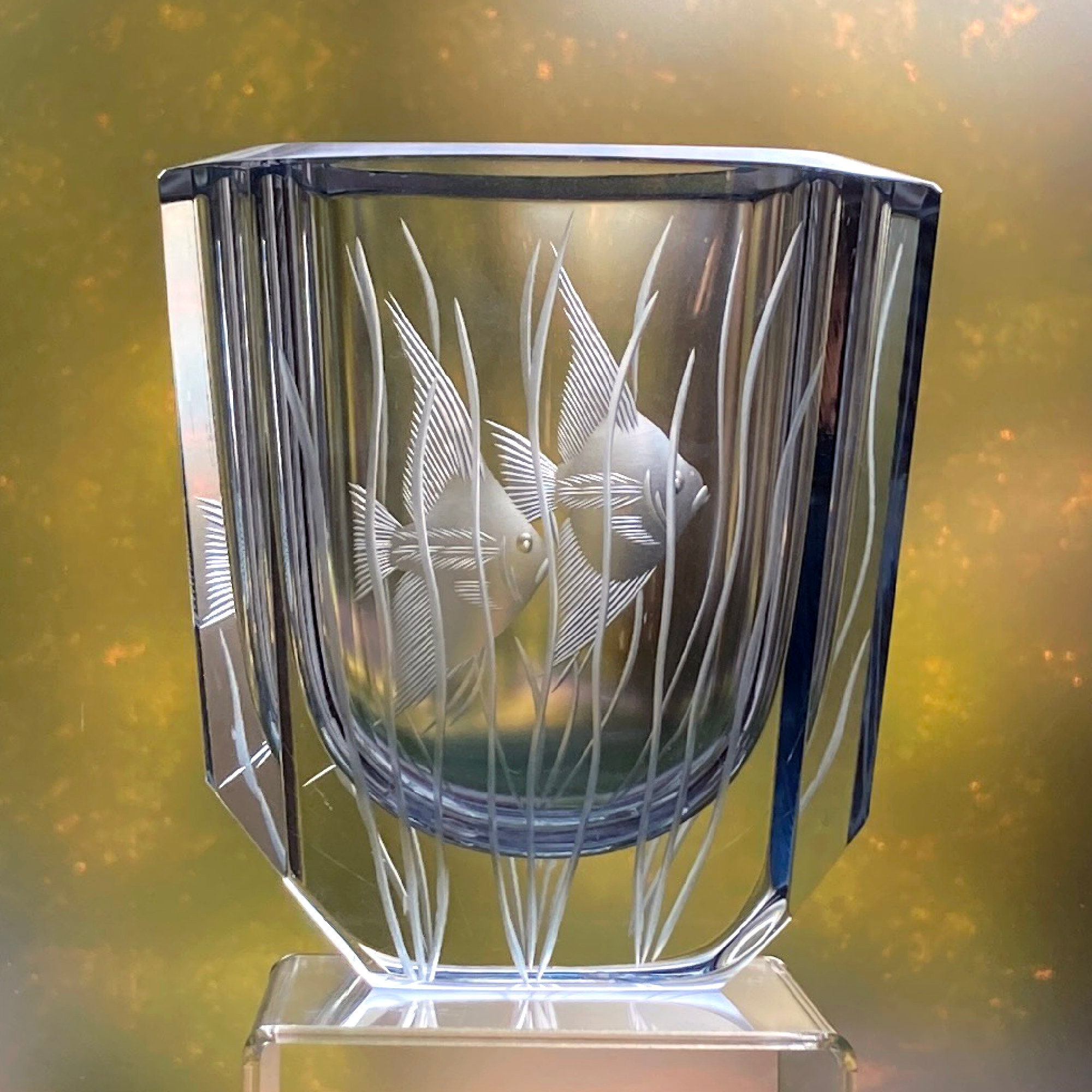 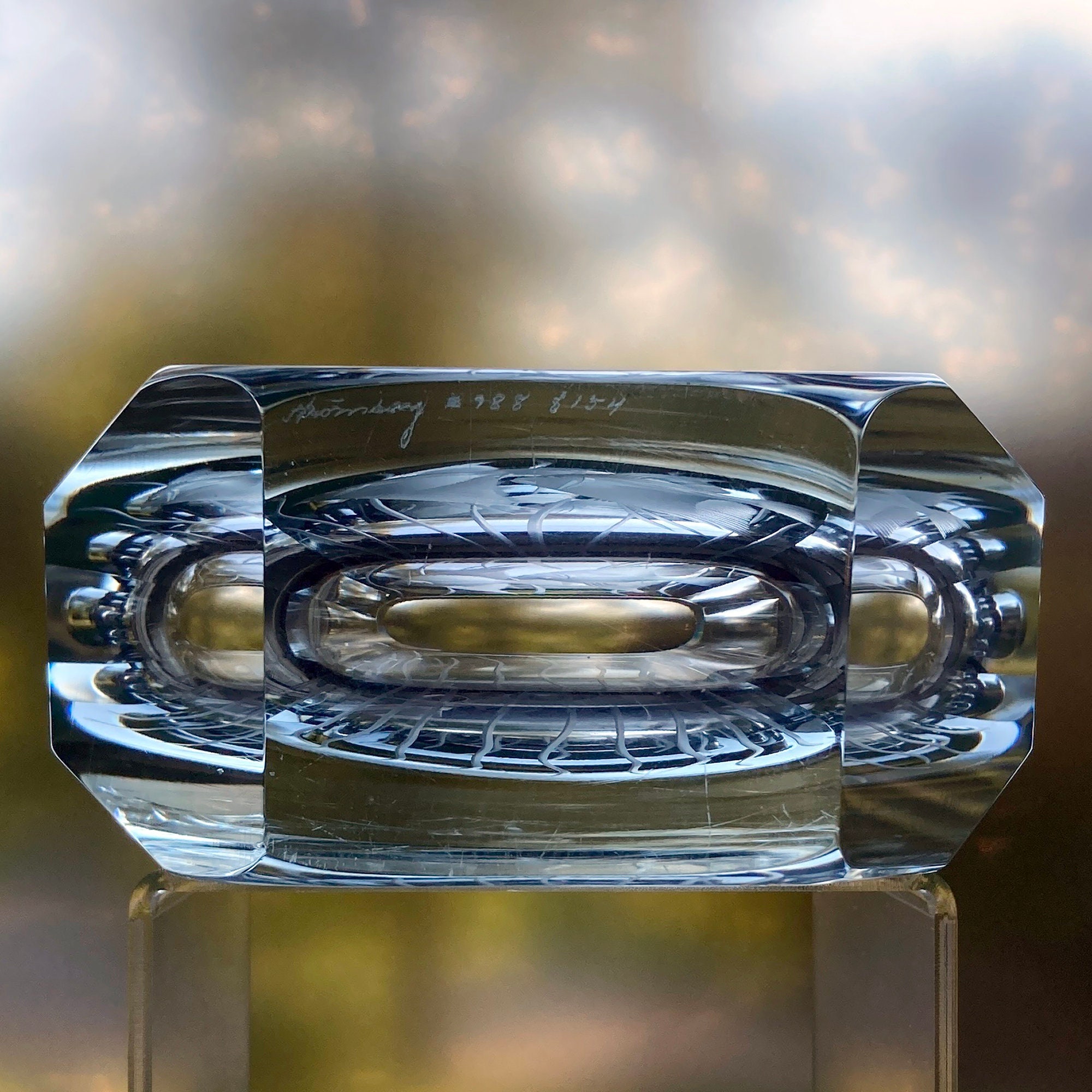 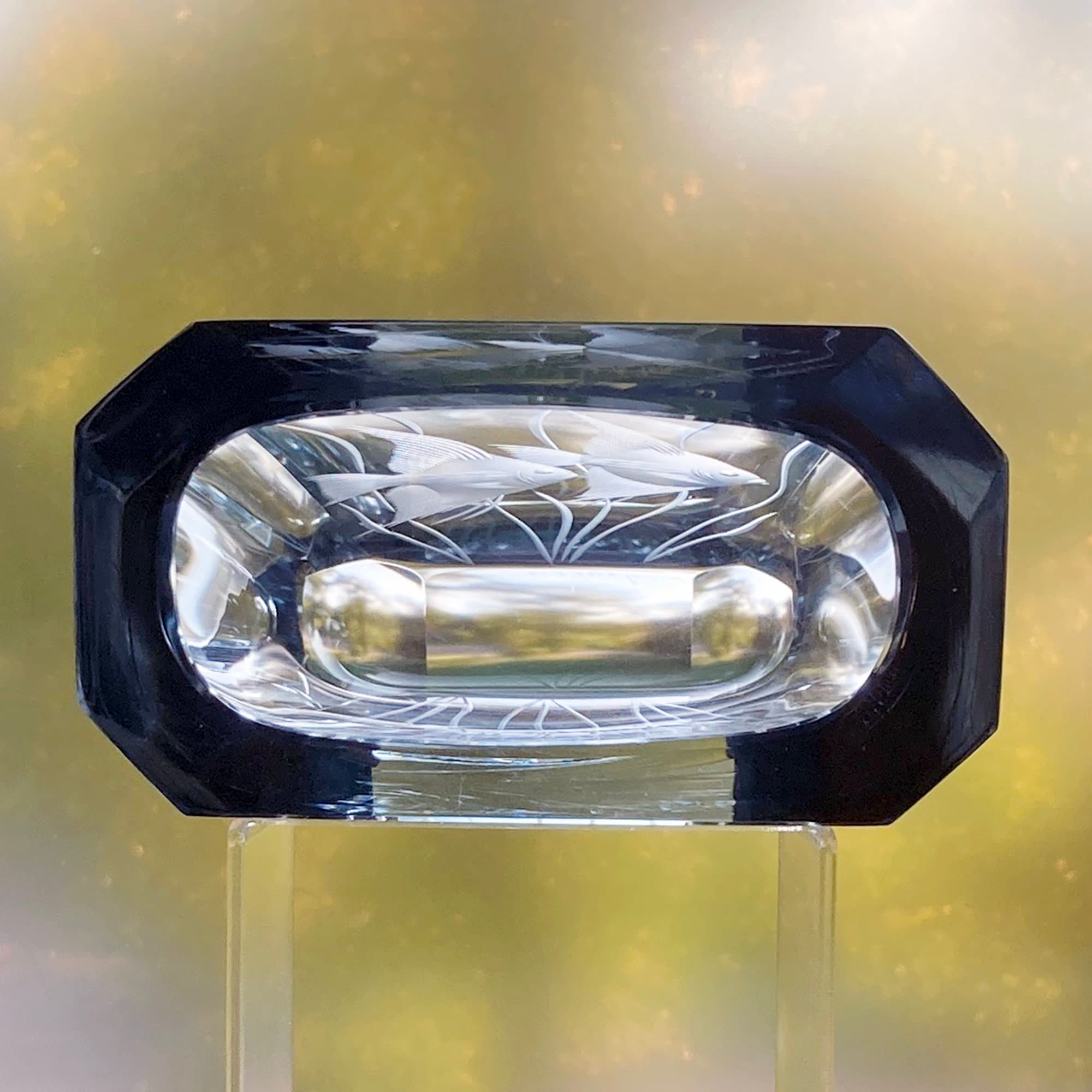 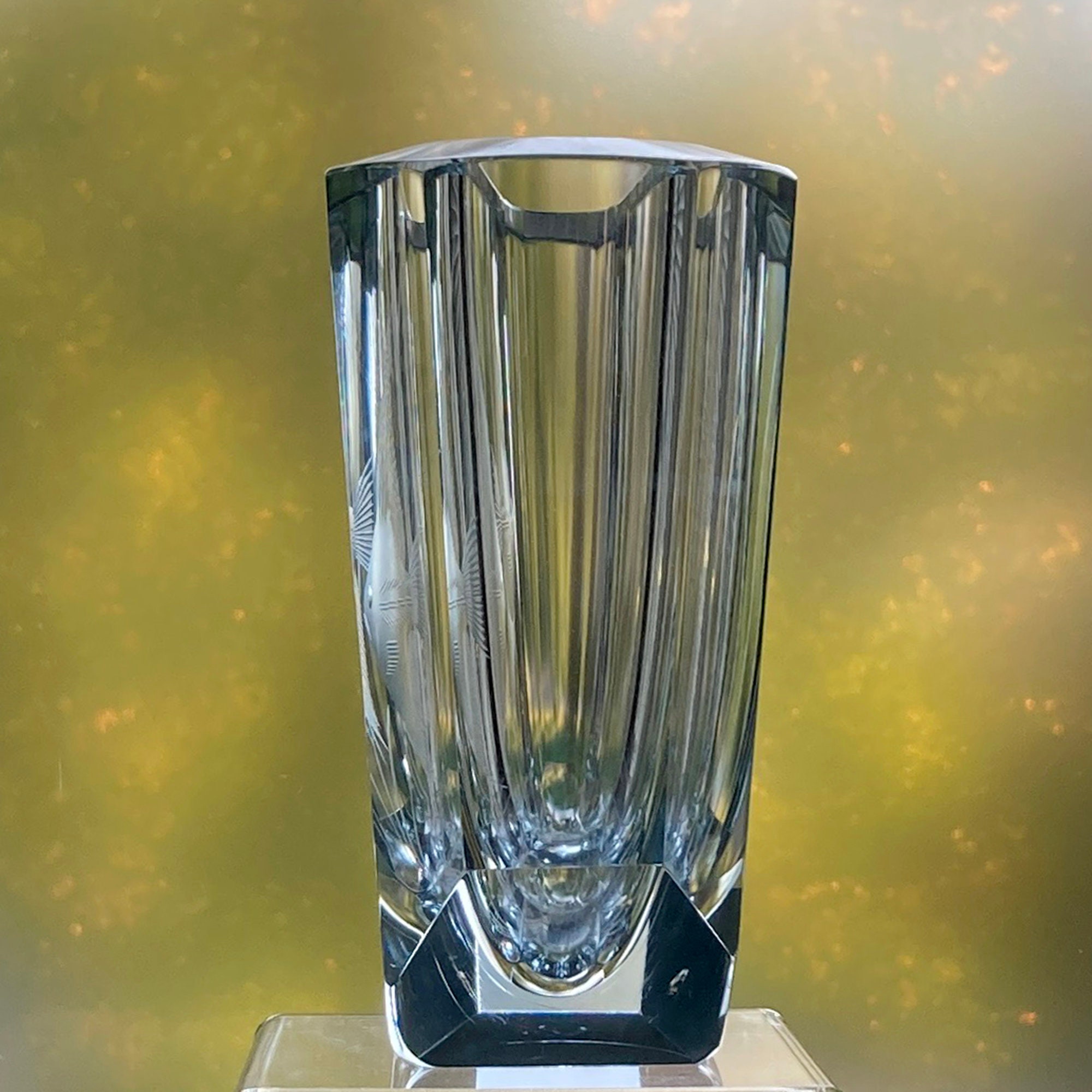 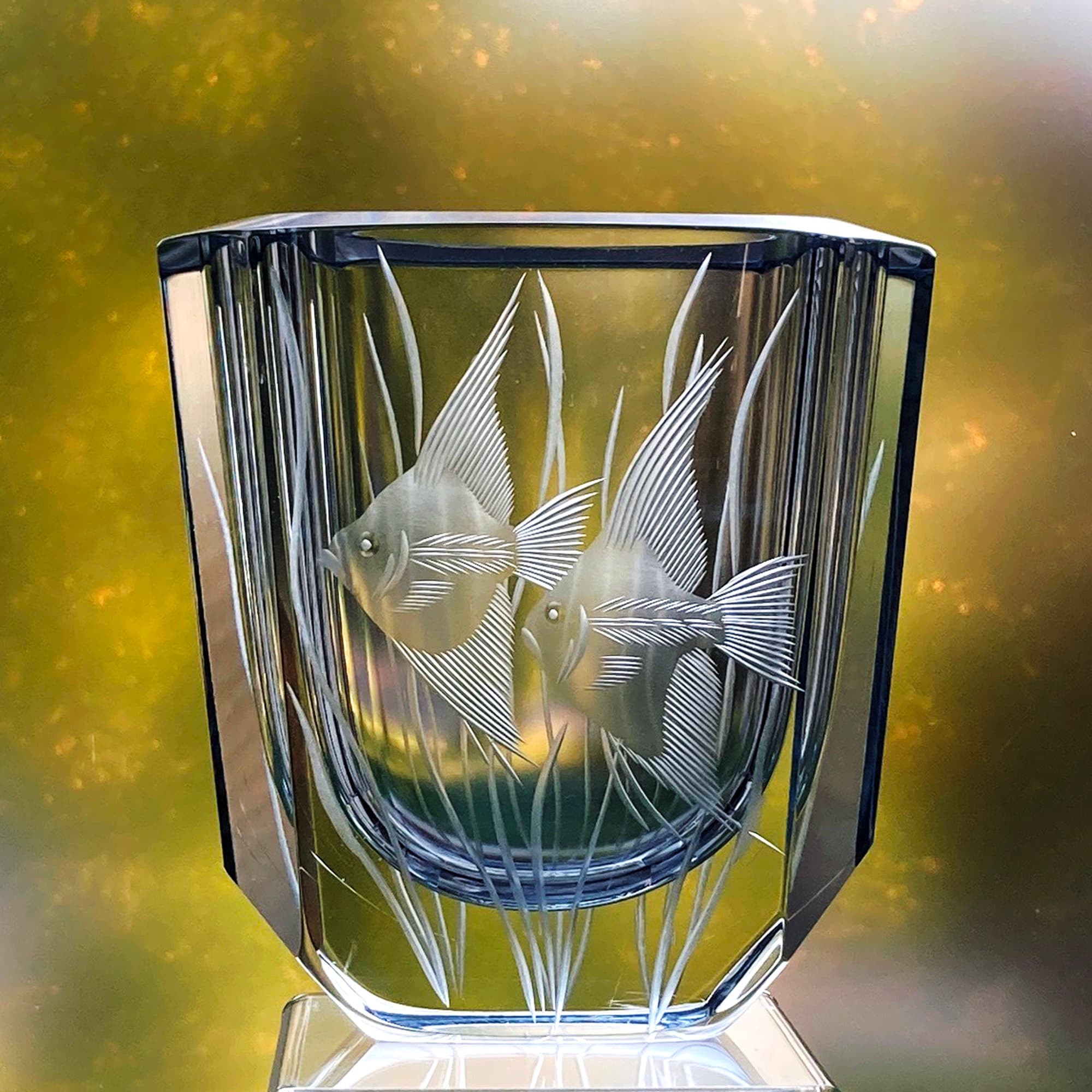 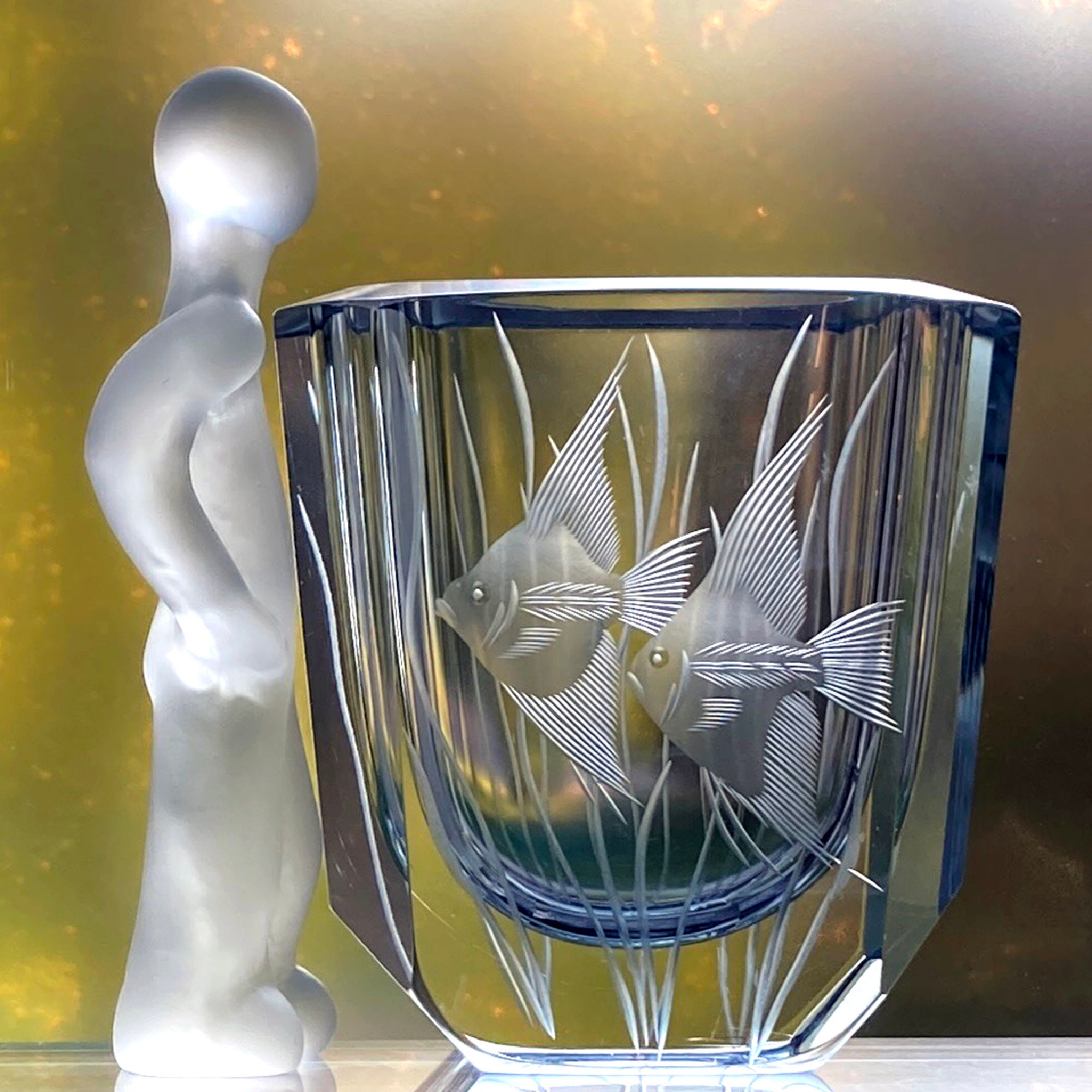 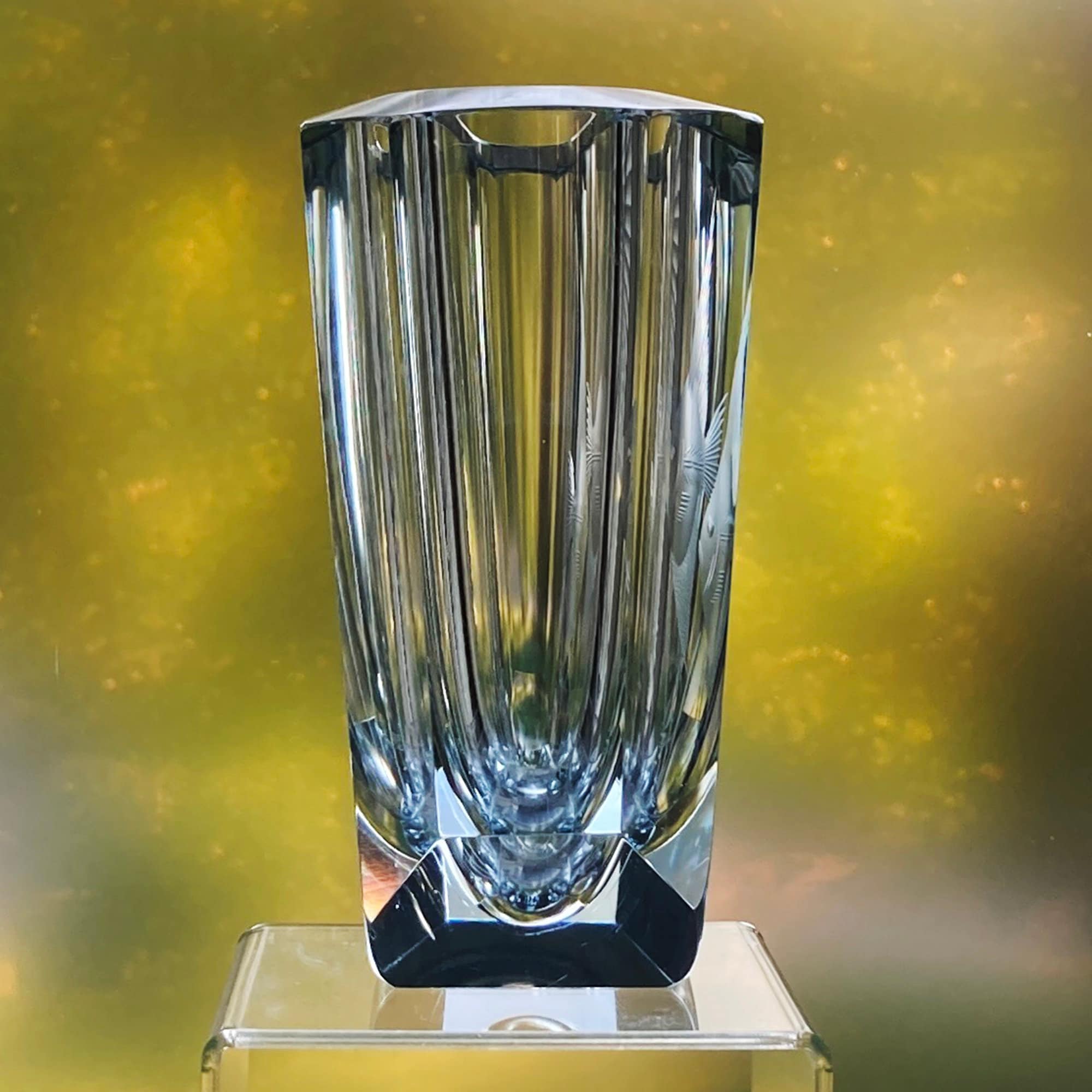 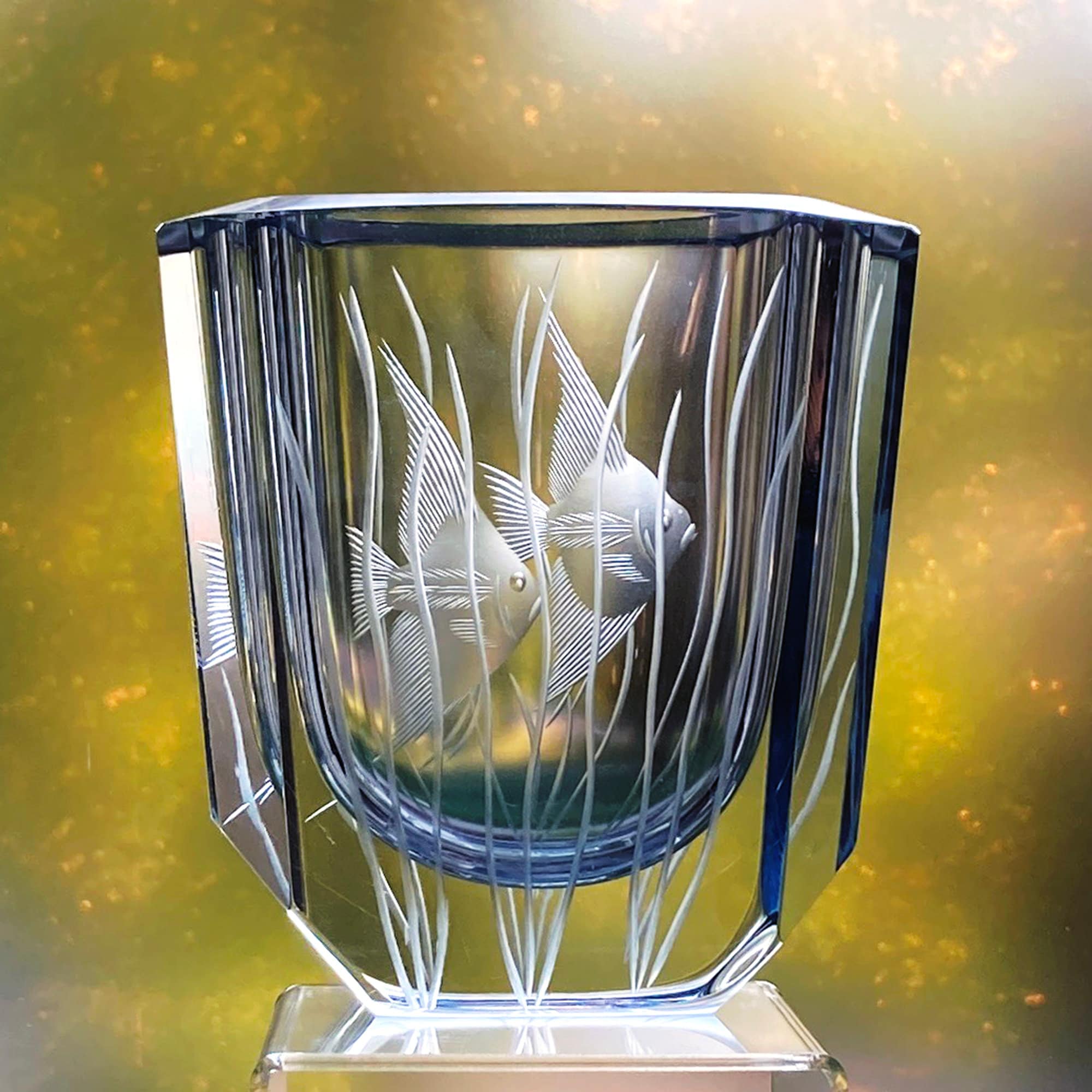 This is a great vase: formed, cut, and copper-wheel engraved at Strömbergshyttan in Sweden. It depicts a pair of fish swimming in the lake grasses, which are cut on front and back. The vase is 6" high, 5.5" wide, and 3" deep, and it weighs over 4 pounds! It is in very good condition, with only a few light scratches on the base and the very faintest of hard water lines, seen only in certain light. The fish motif was designed by artist and company owner, Gerda Strömberg, in the 1930s, and the vase was designed by her daughter-in-law, artist and company owner, Asta Strömberg, in 1963.