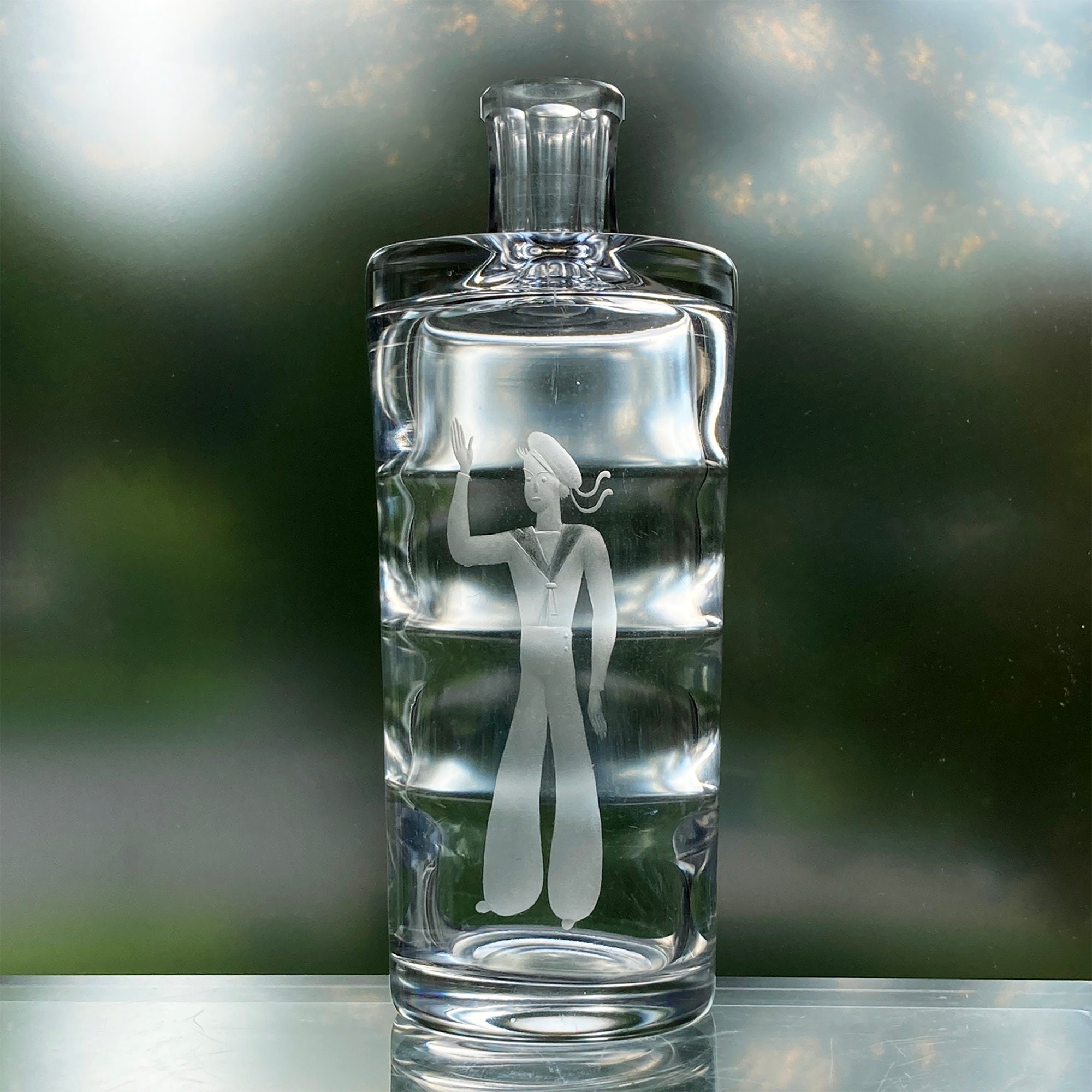 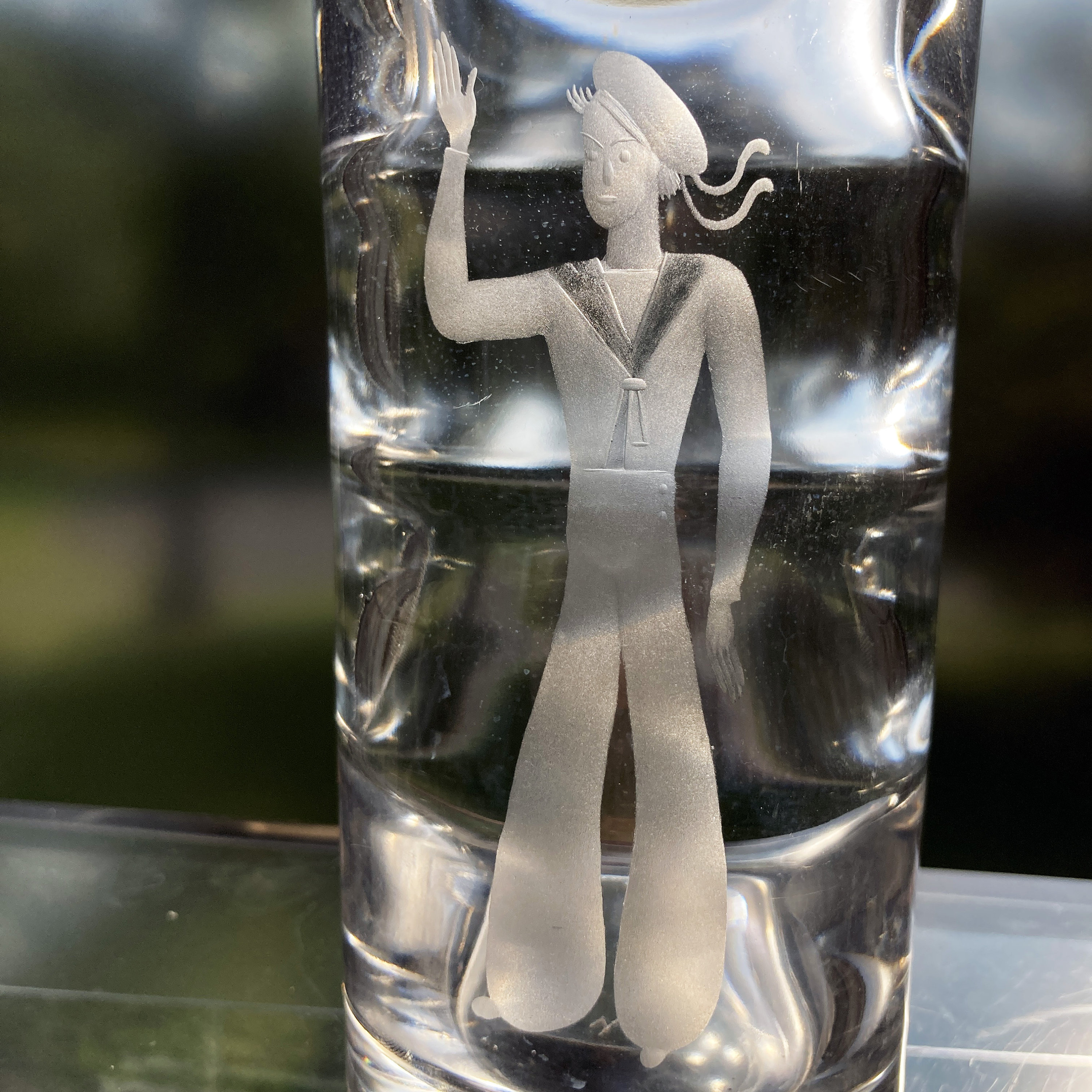 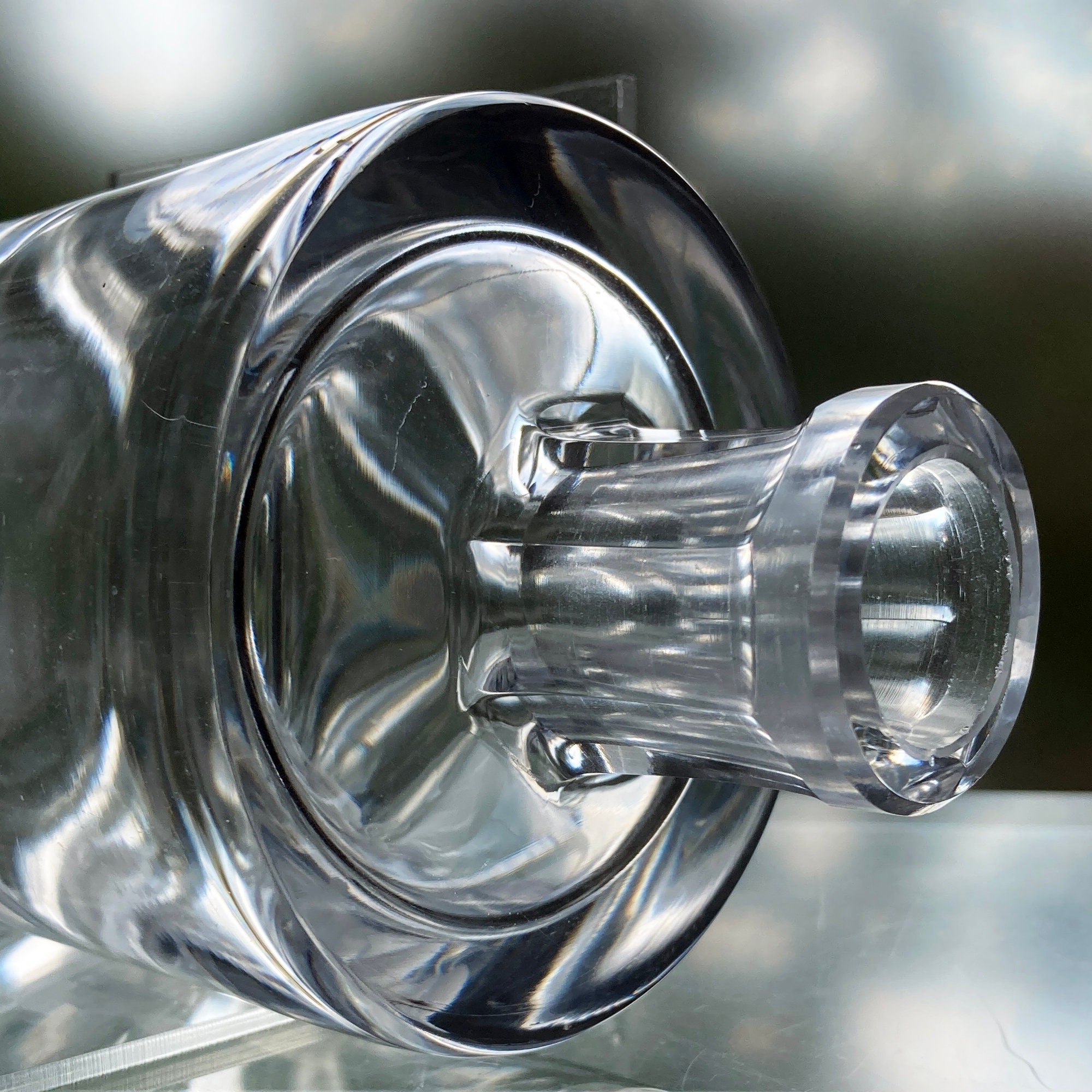 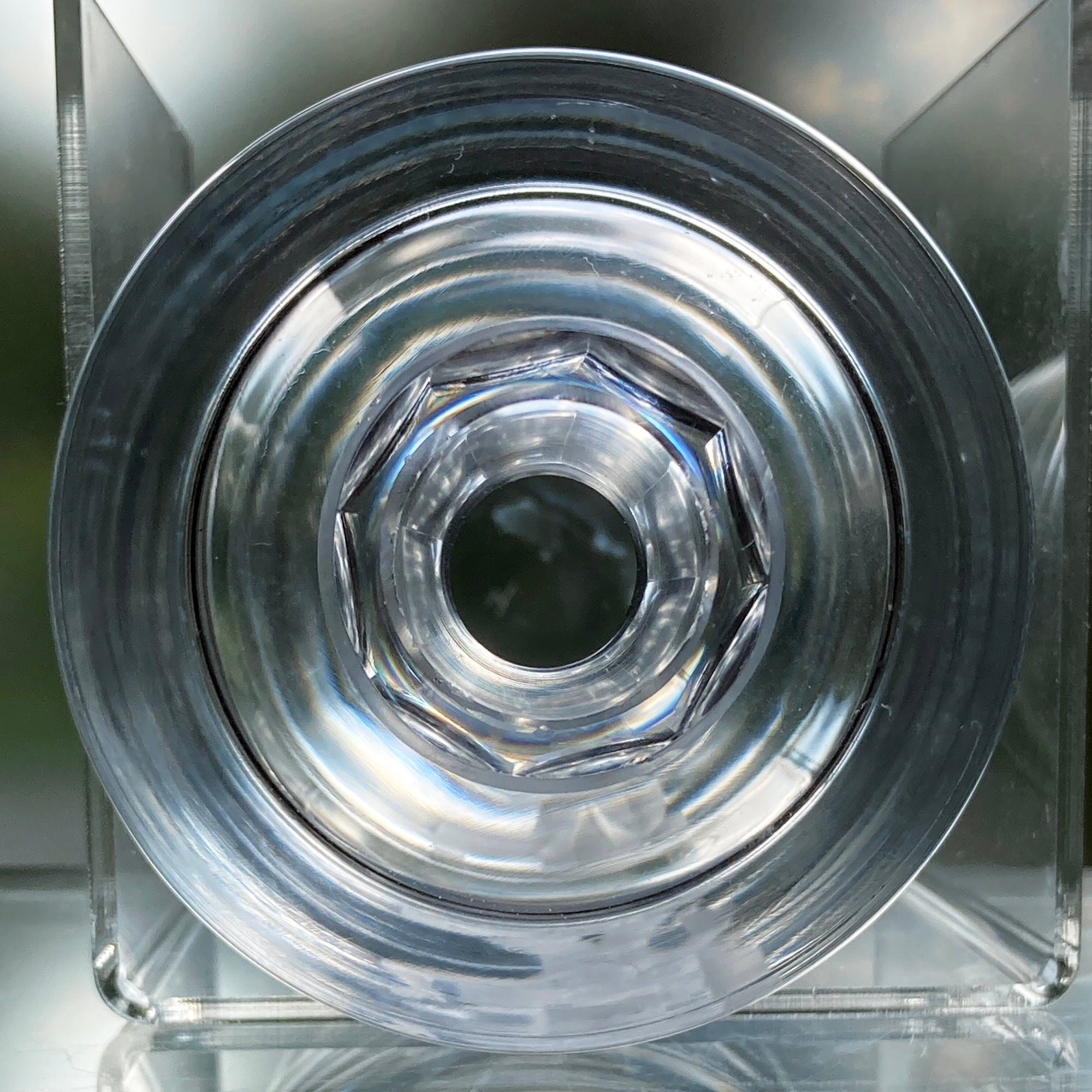 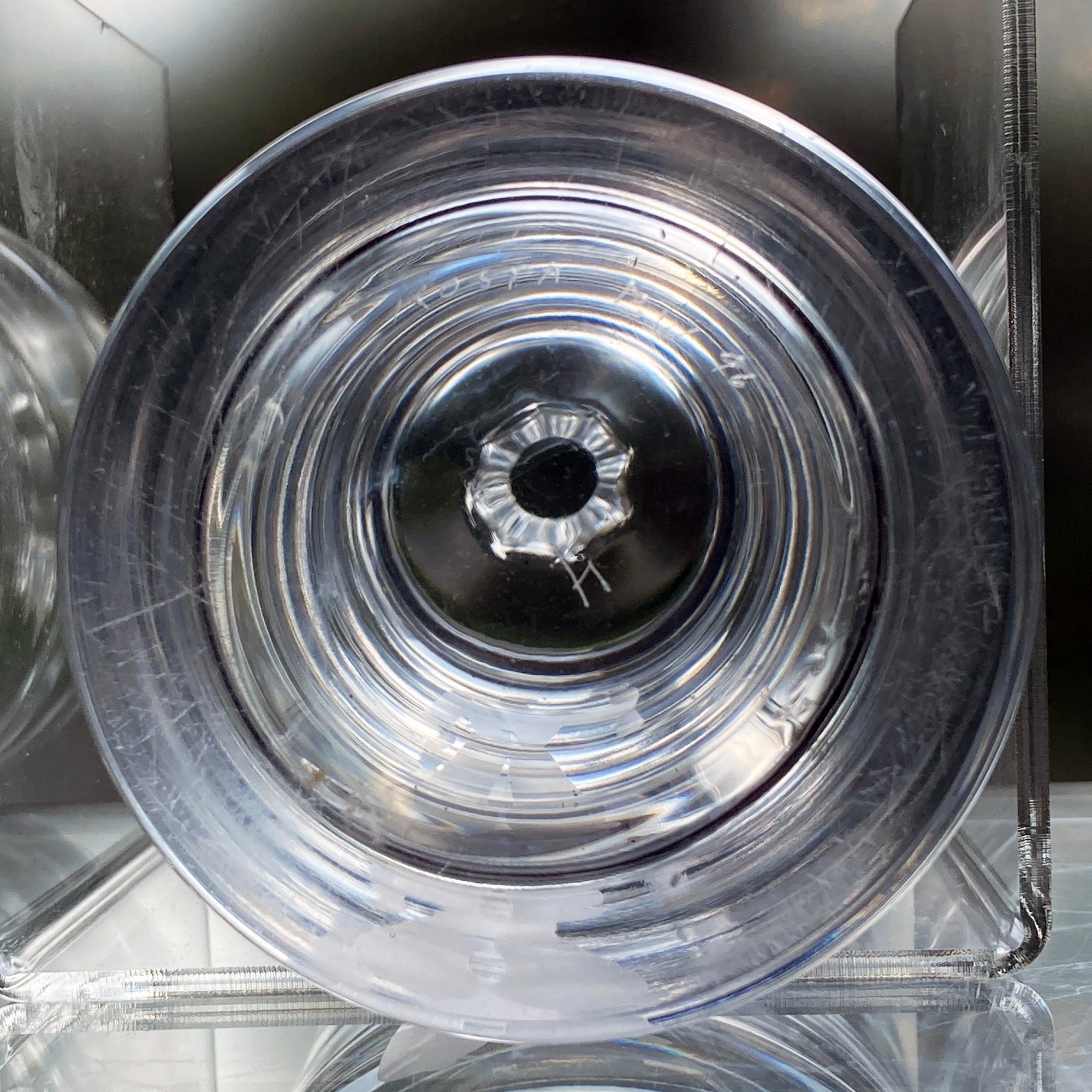 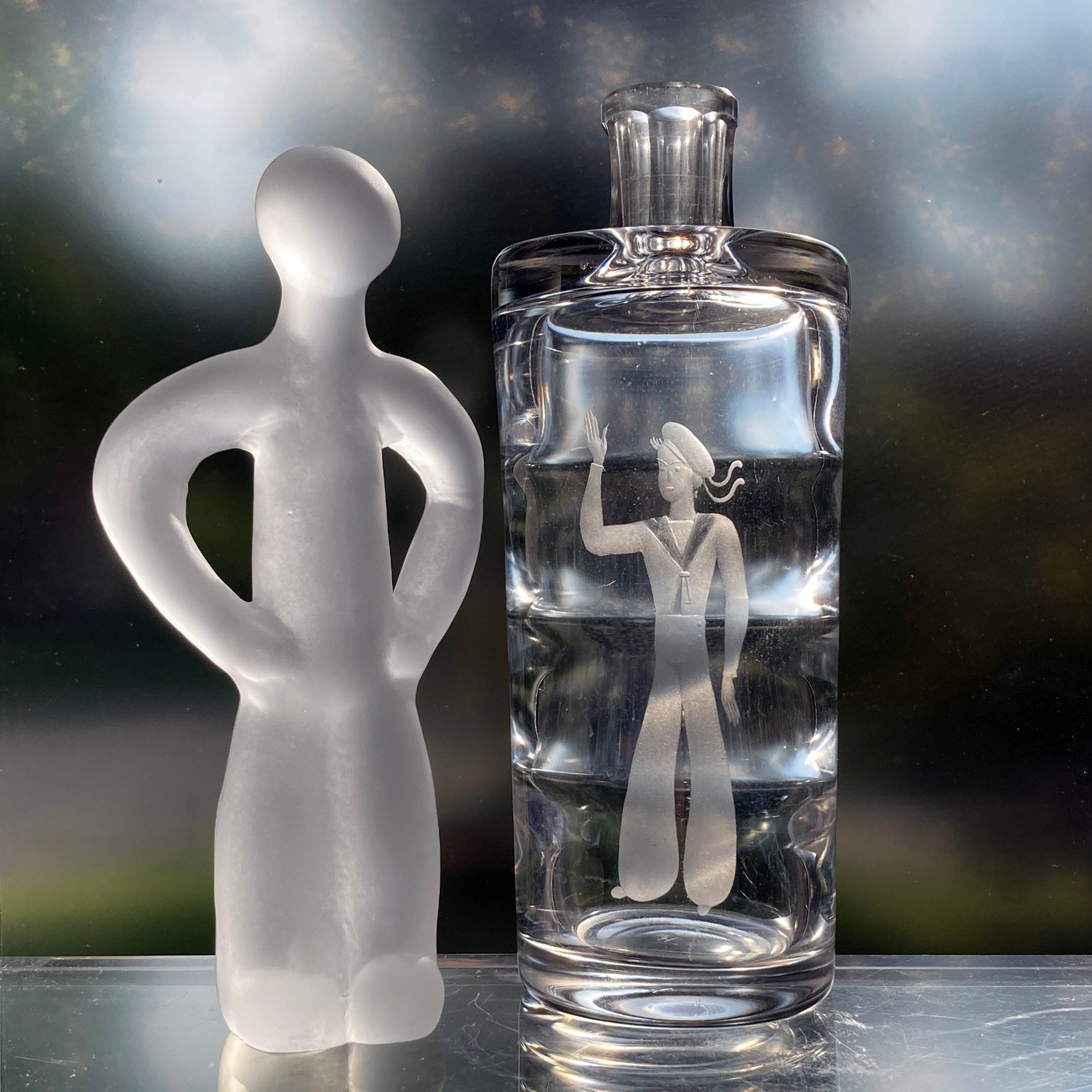 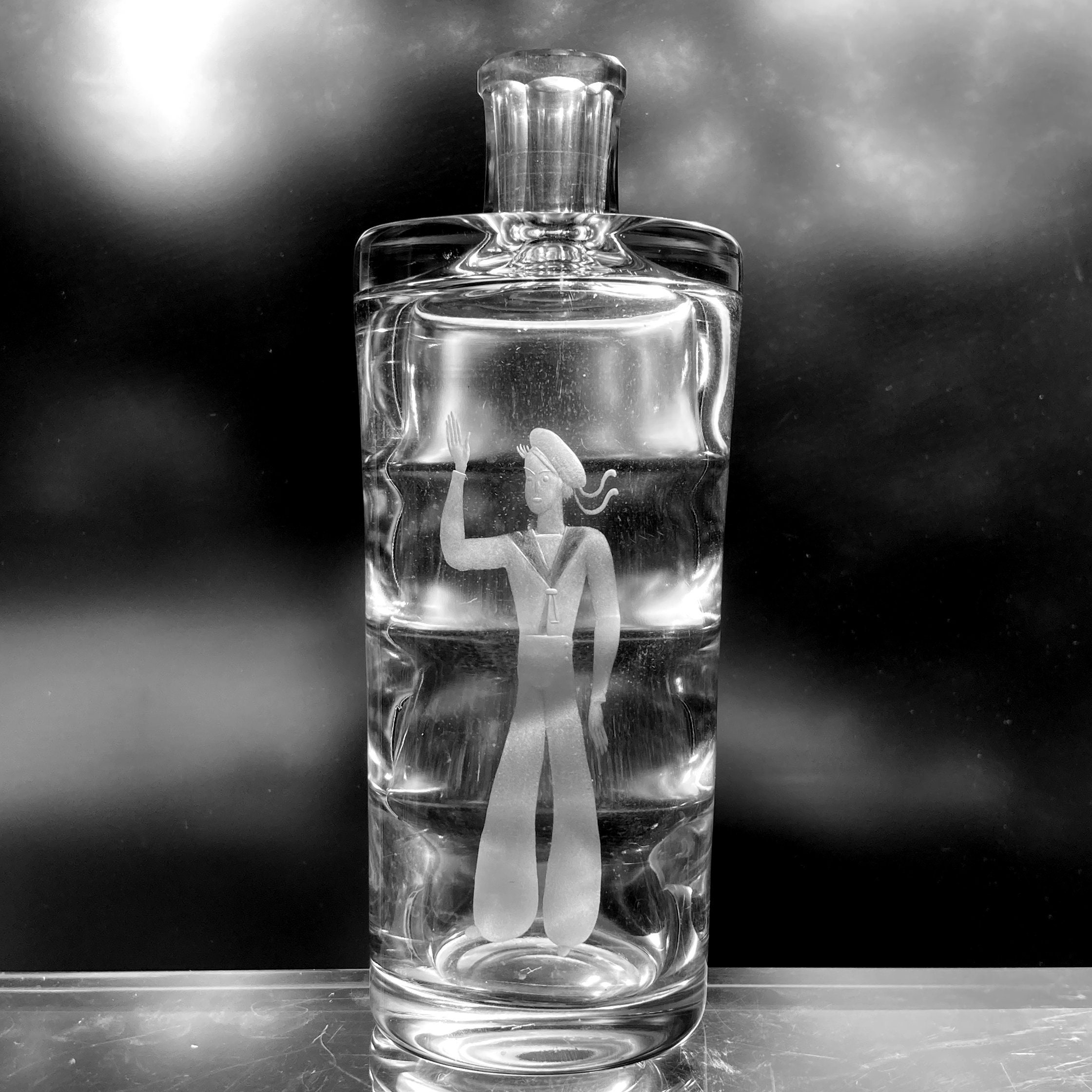 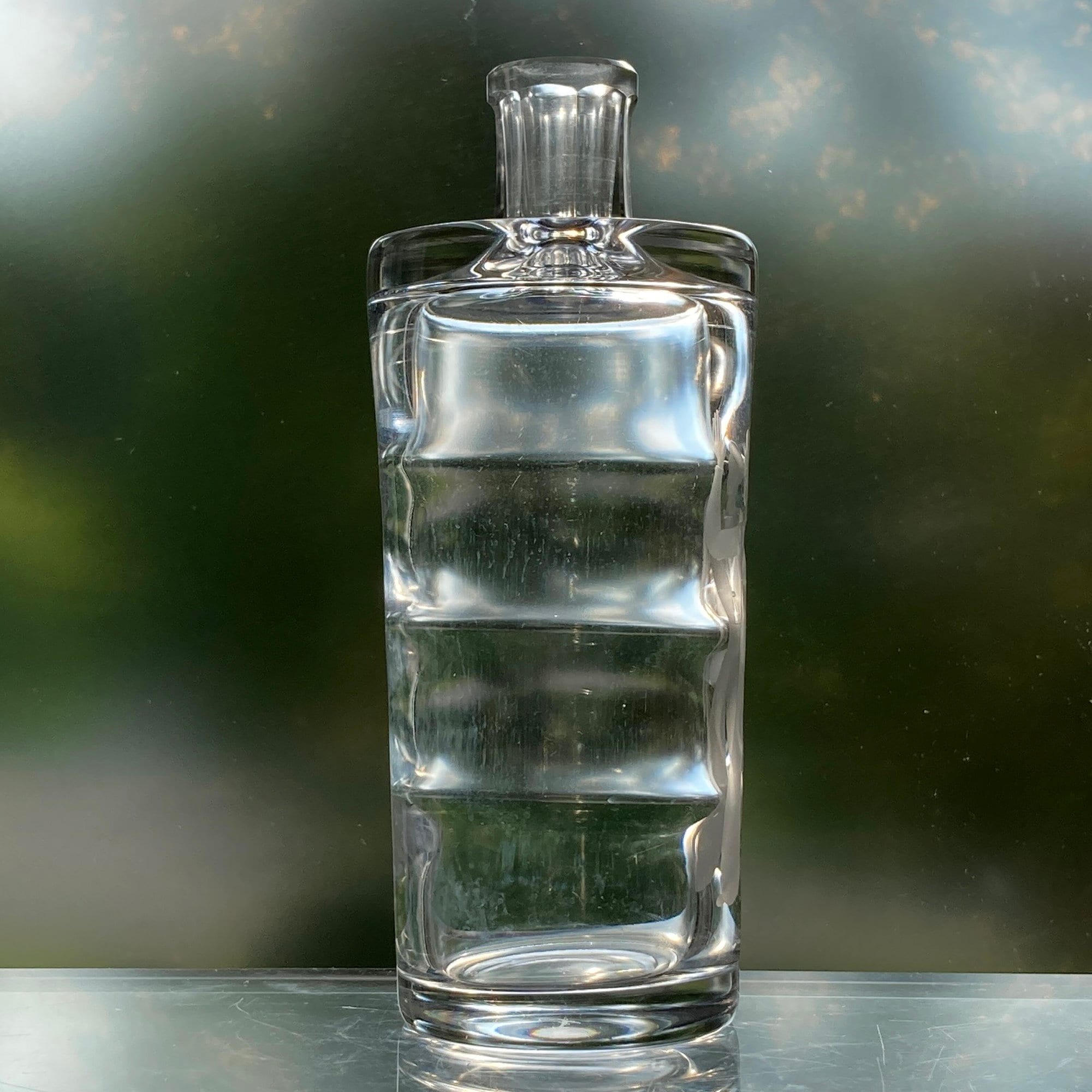 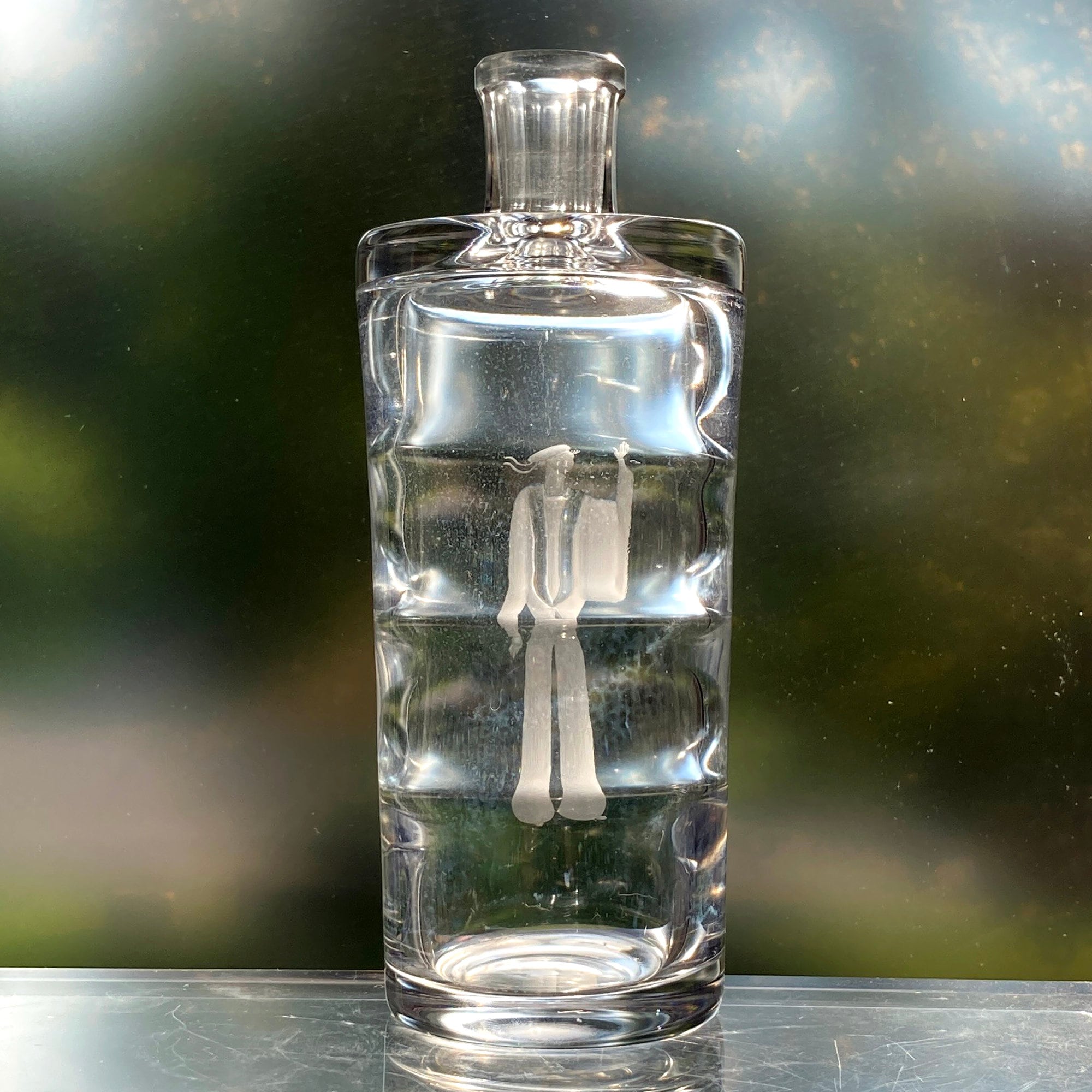 This charming decanter comes from a series of Elis Bergh's work based on illustrations by Swedish artist and illustrator, Gunnar Widholm. The base is signed “Kosta B-W 46,” where the 46 is an early style number, not a date. It is also marked with a "4" which was probably to match the now-missing stopper.

The decanter is heavy, weighing almost 3 pounds and measuring 3.5" in diameter and 8.5" tall. It has marvelous optic rings on the inside and a hand-cut faceted neck. It was engraved using the traditional copper-wheel method, one that required incredible skill. The piece has water marks throughout its interior, but otherwise, it is in better than expected condition for its age.

The price of this decanter reflects its condition.