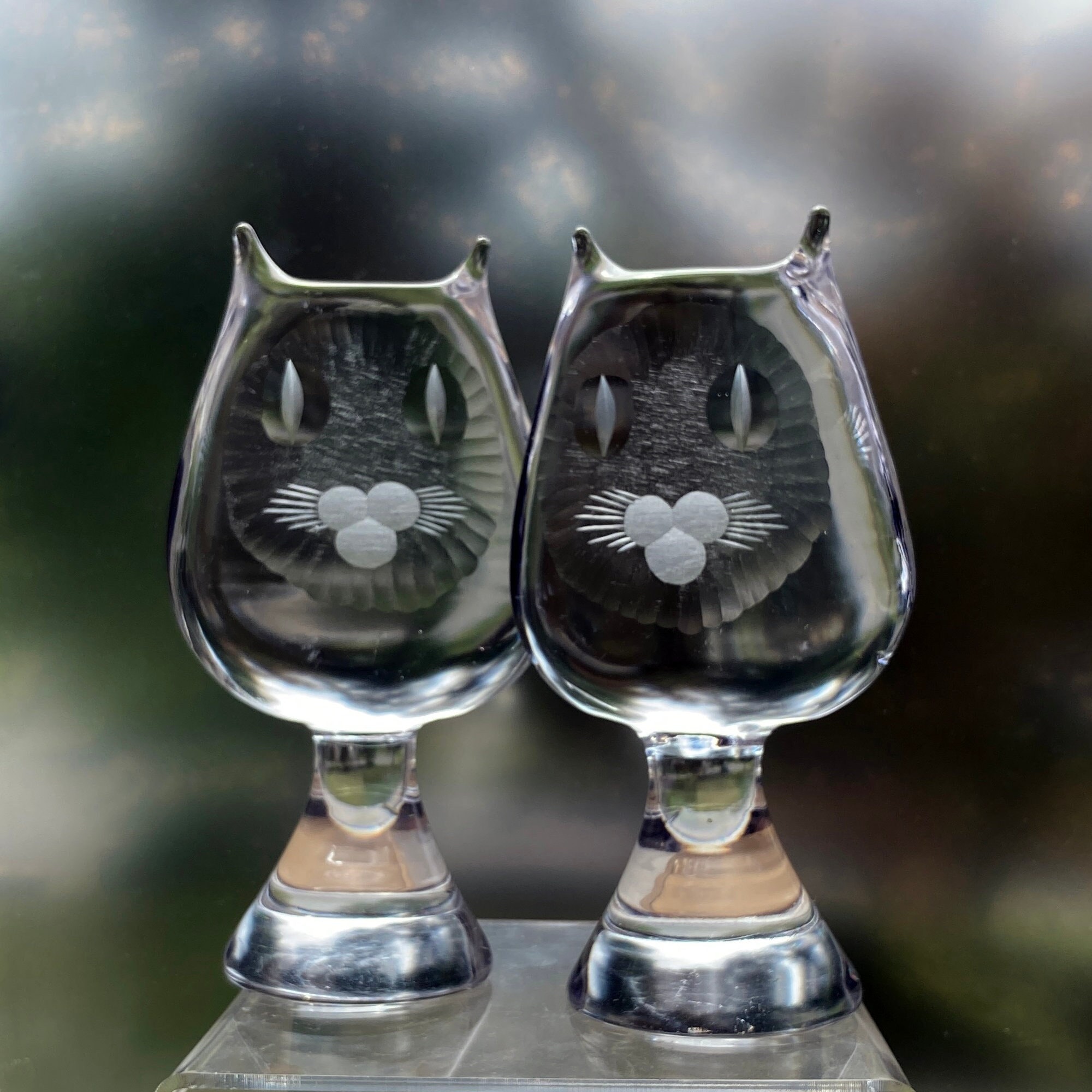 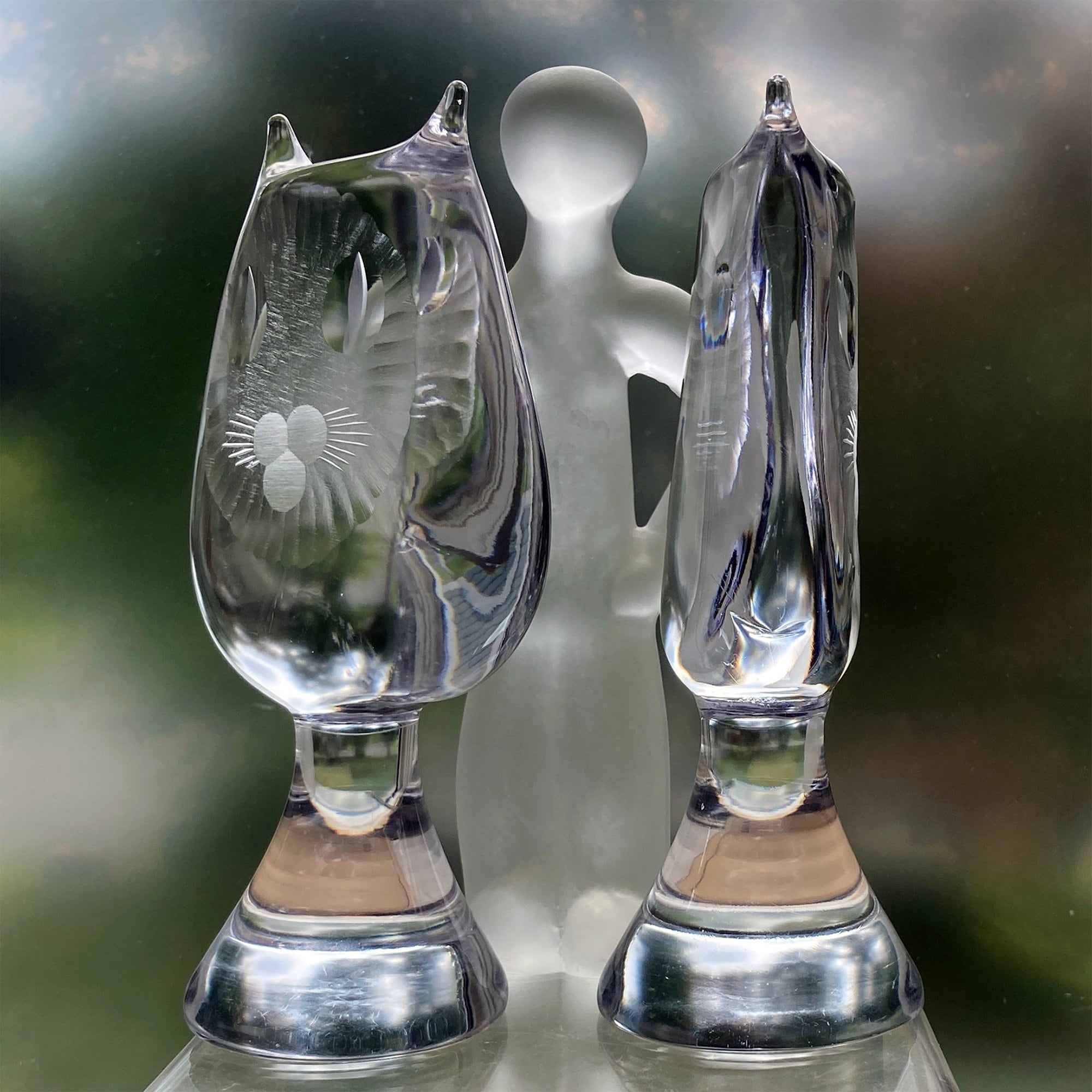 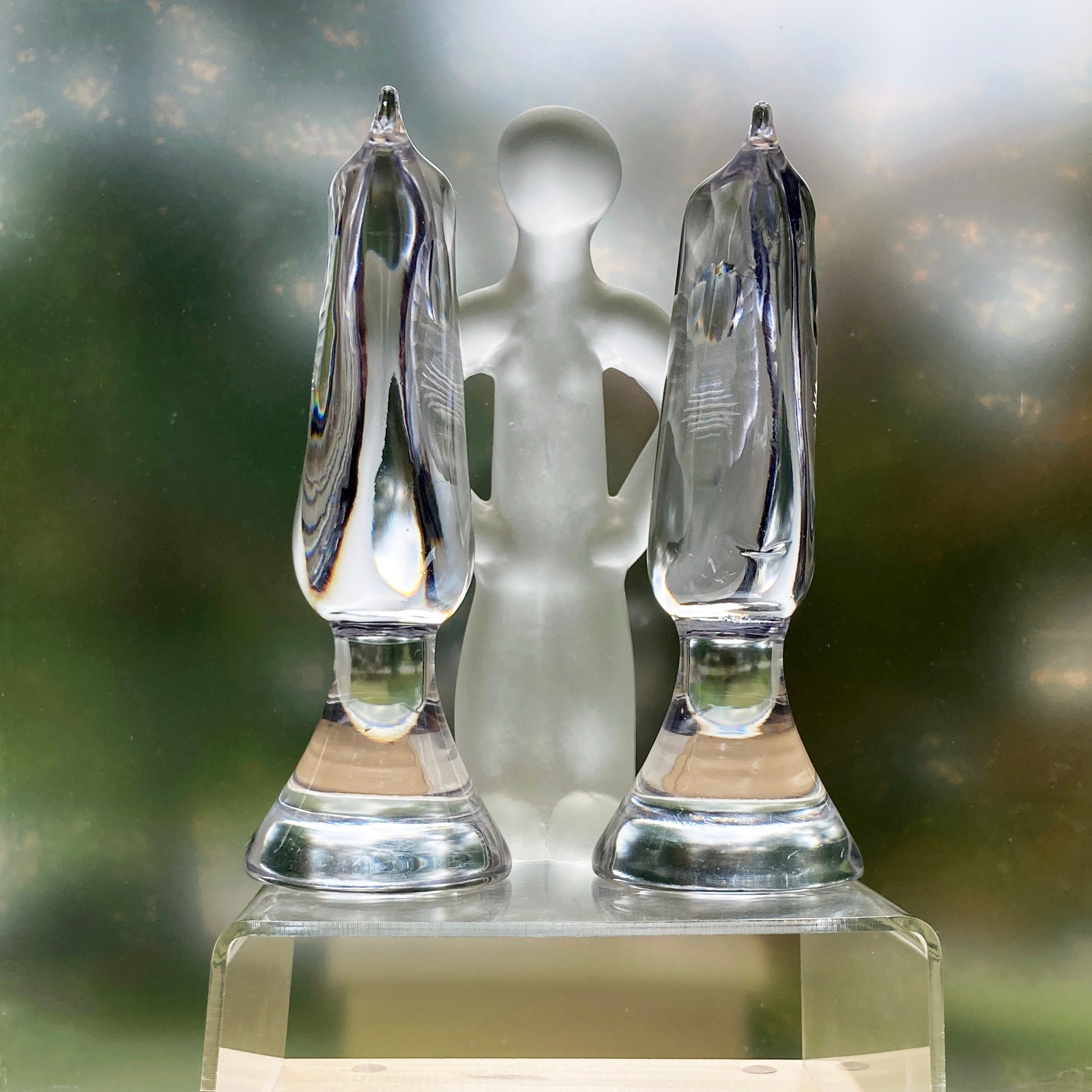 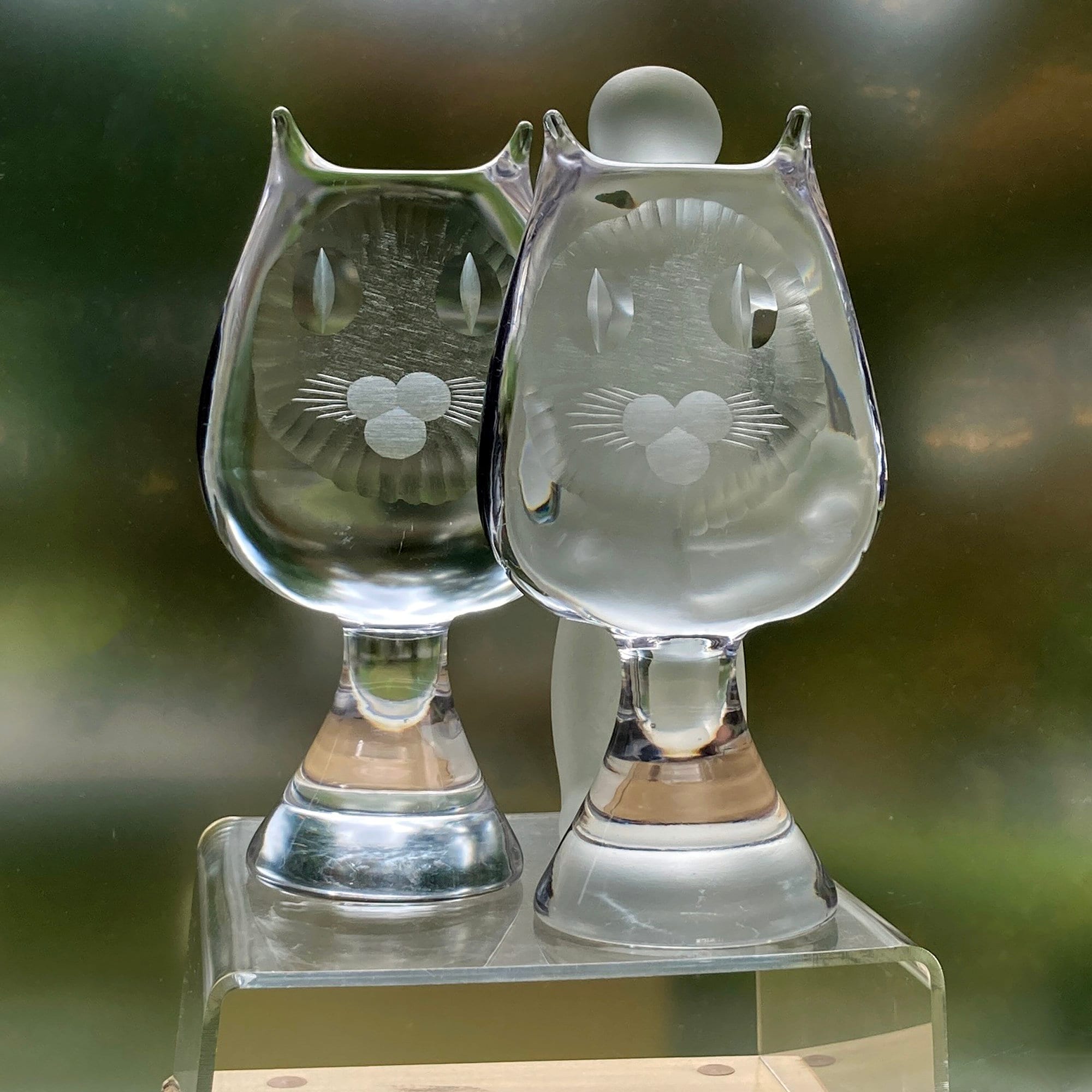 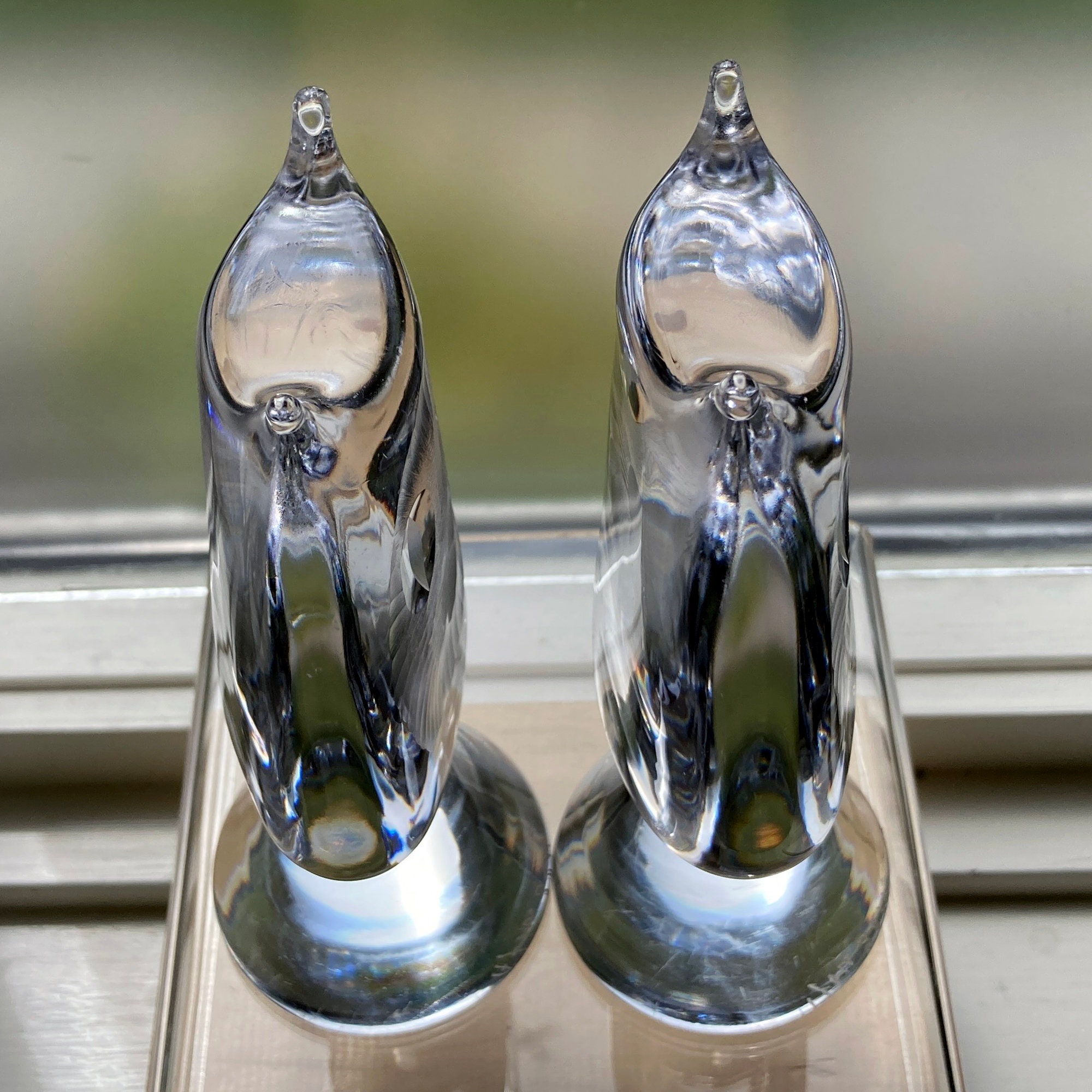 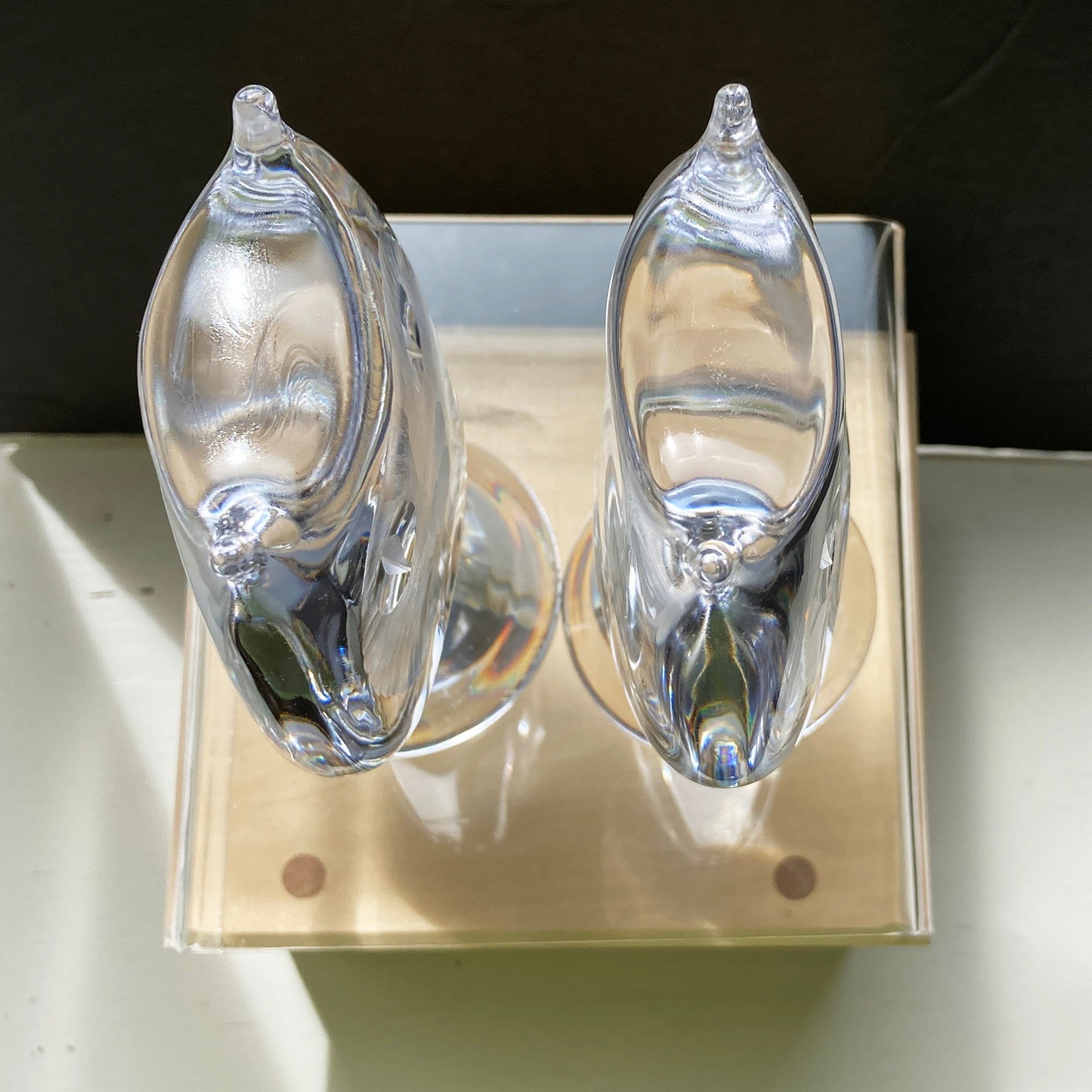 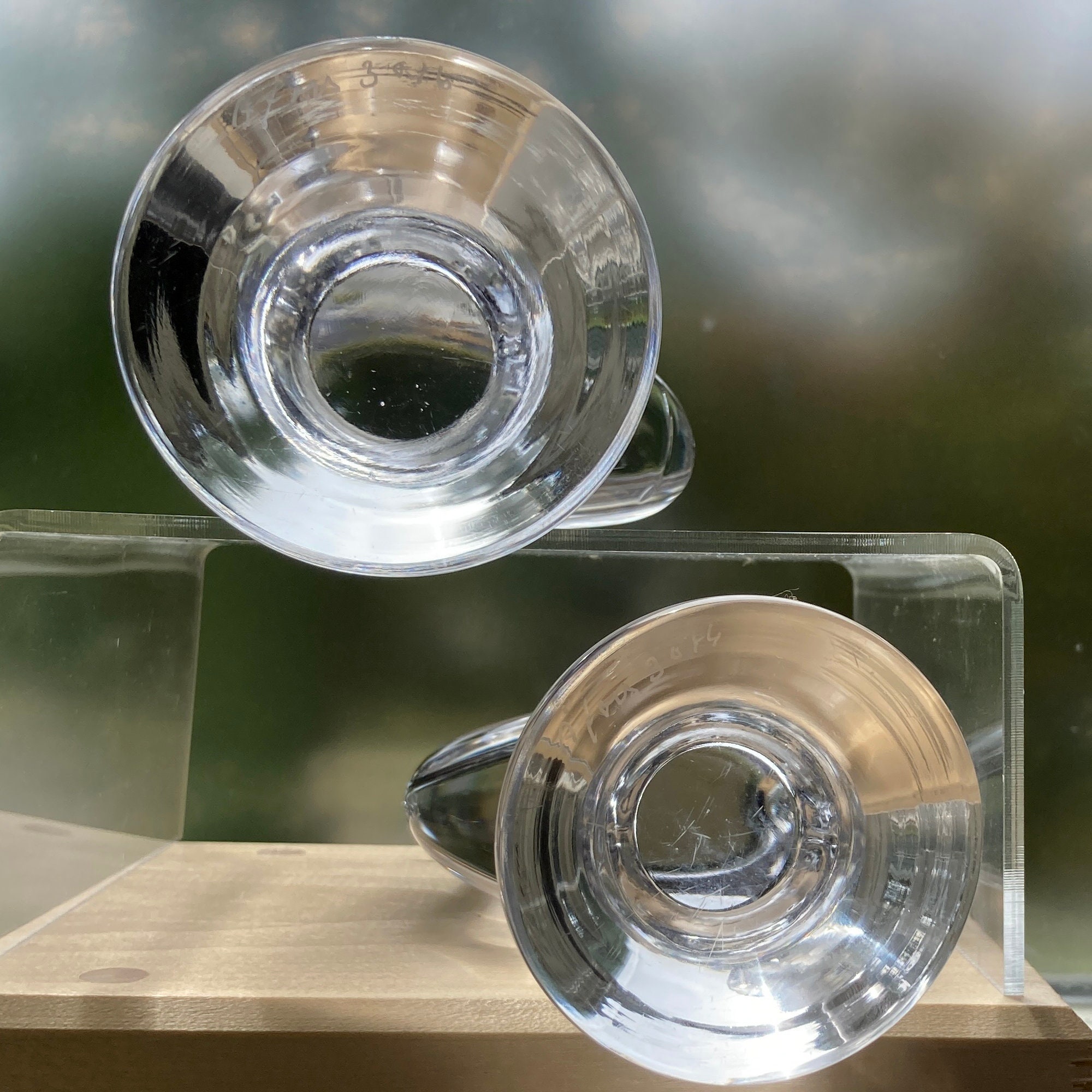 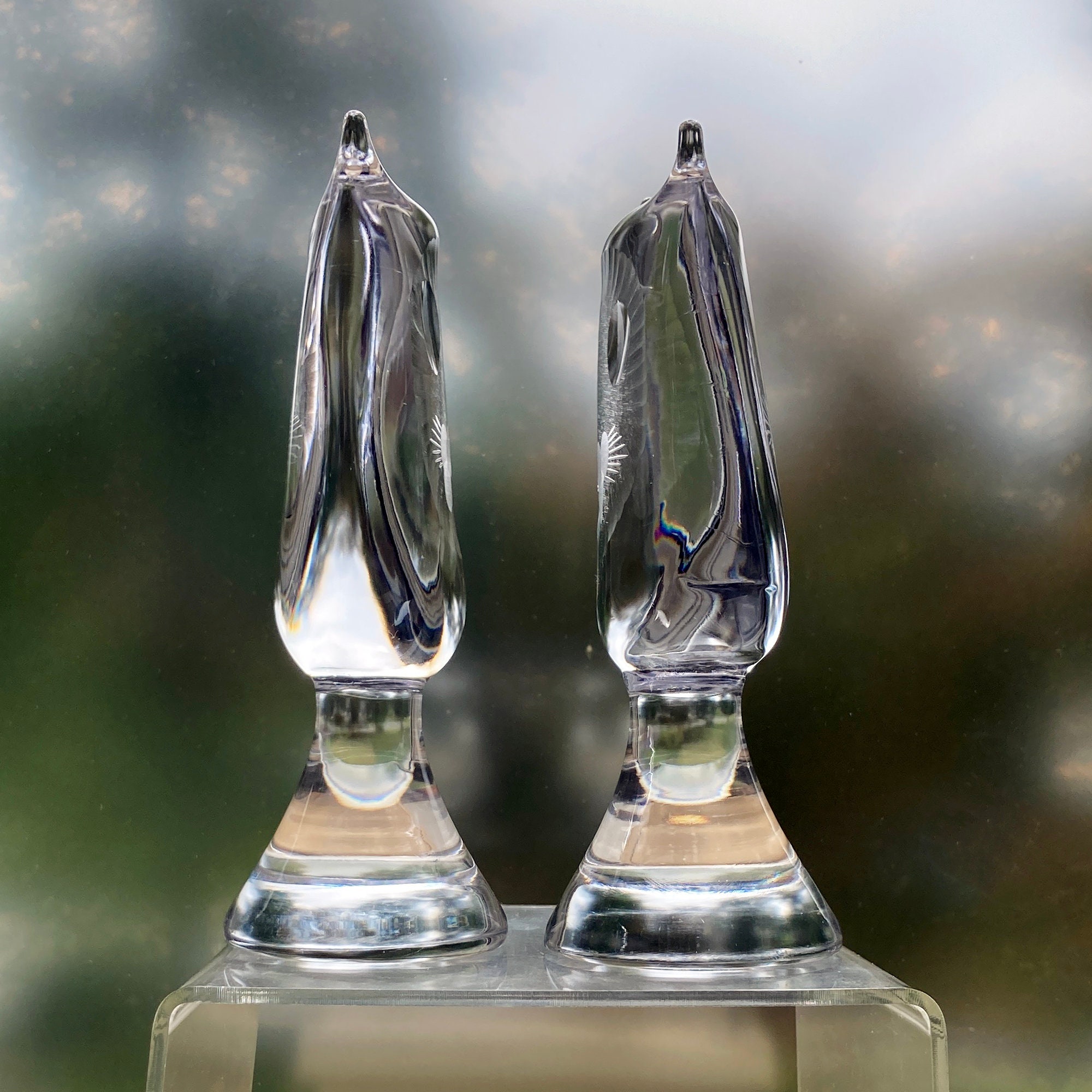 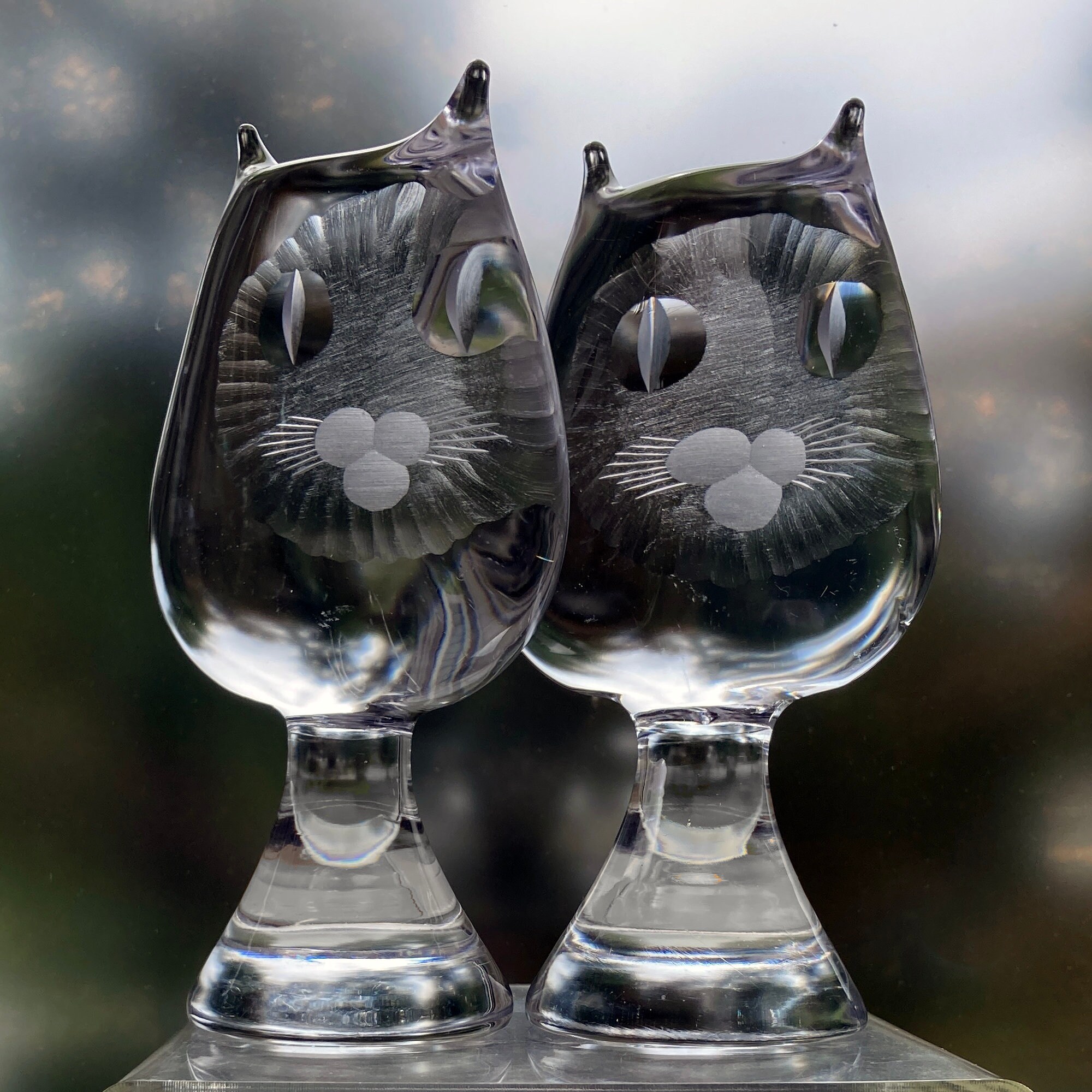 A fun pair from Ernest Gordon, these cool cats are in terrific condition and are signed and numbered. Each cat weighs about 2 lbs, stands 7" tall from the base to the ear tip, and is approximately 4" at its widest. This listing is for the pair of two cats.

Ernest Gordon Adsetts was born in Sheffield, England, on Boxing Day, 1926. He went to Stockholm in early 1954 to work in glass, first designing for Kosta with Vicke Lindstrand, and then later that year for Åfors, where he worked until 1961. He was known as Ernest Gordon while working in Sweden.

Åfors glassworks was built in Åfors in 1876 by Carl-Albert Fagerlund . Recent owners include Eric Johansson, who eventually adopted the Åfors family name after the mill and the resort, and was the director in 1916–54. In 1978 the glassworks was purchased by Upsala-Ekeby AB, and in 1990 by the Orrefors Kosta Boda Group. In 1978, there were about 150 employees. In February 2012, the Group announced the closure of the mill as a result of the problems in the world economy, and in the summer of 2013 all operations were closed down.