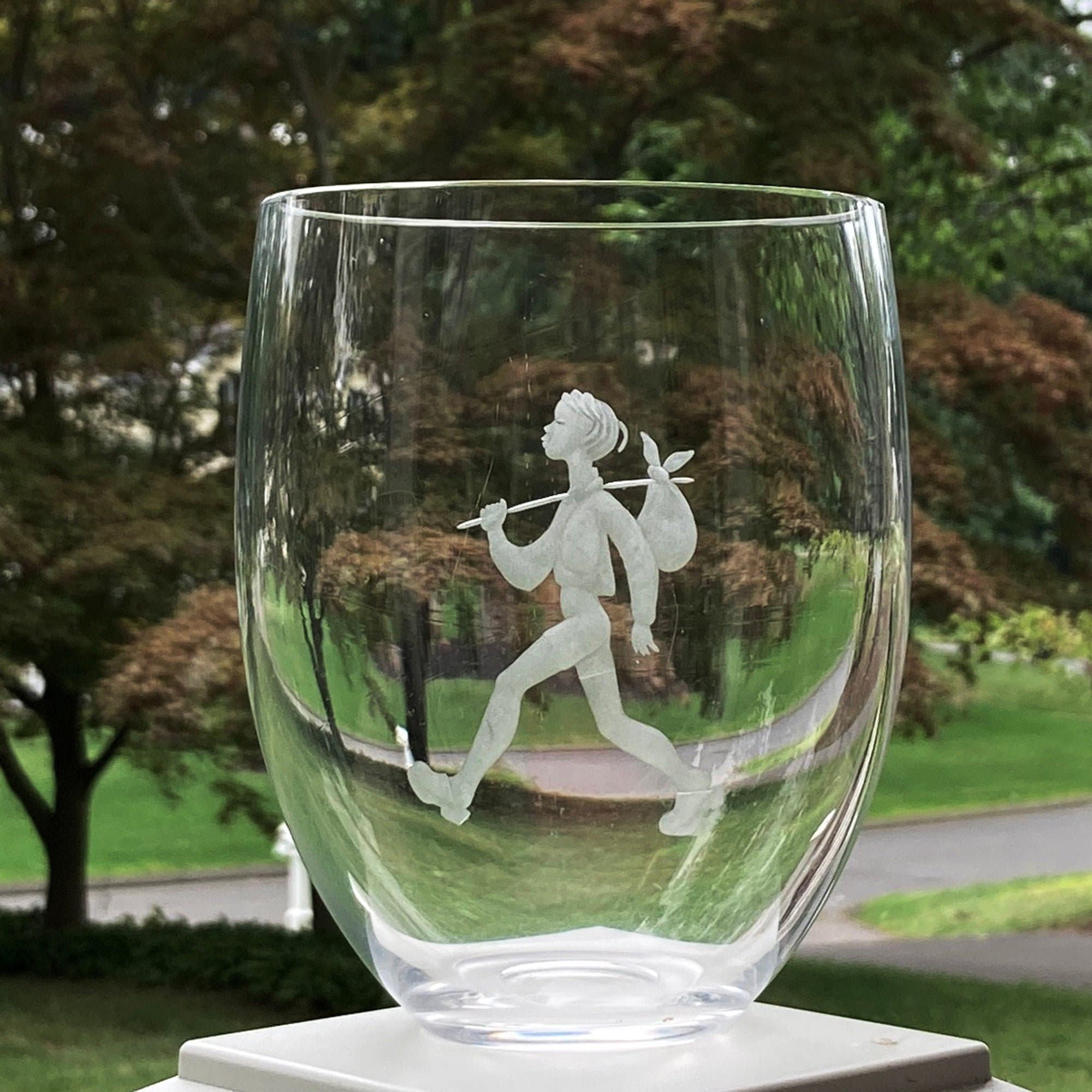 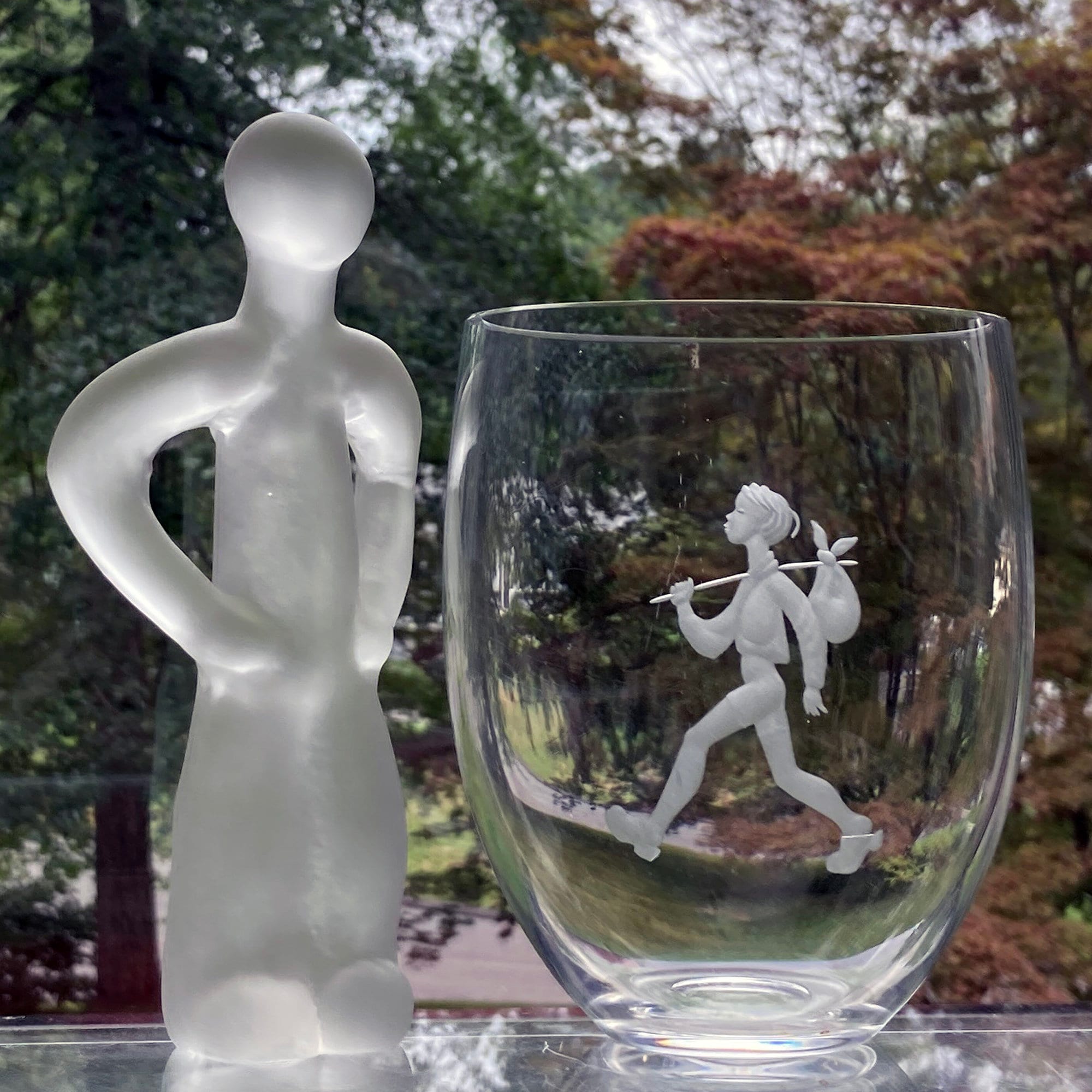 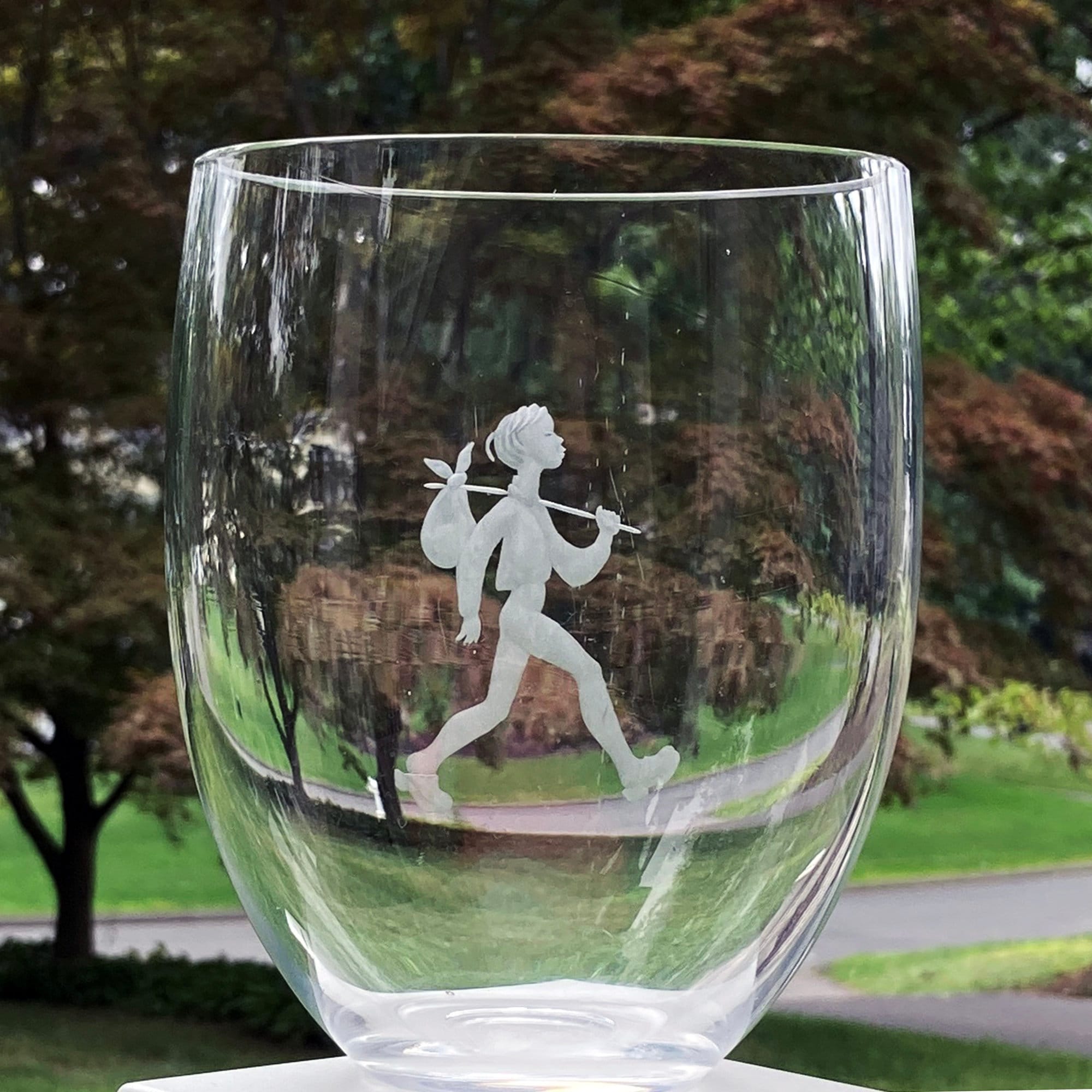 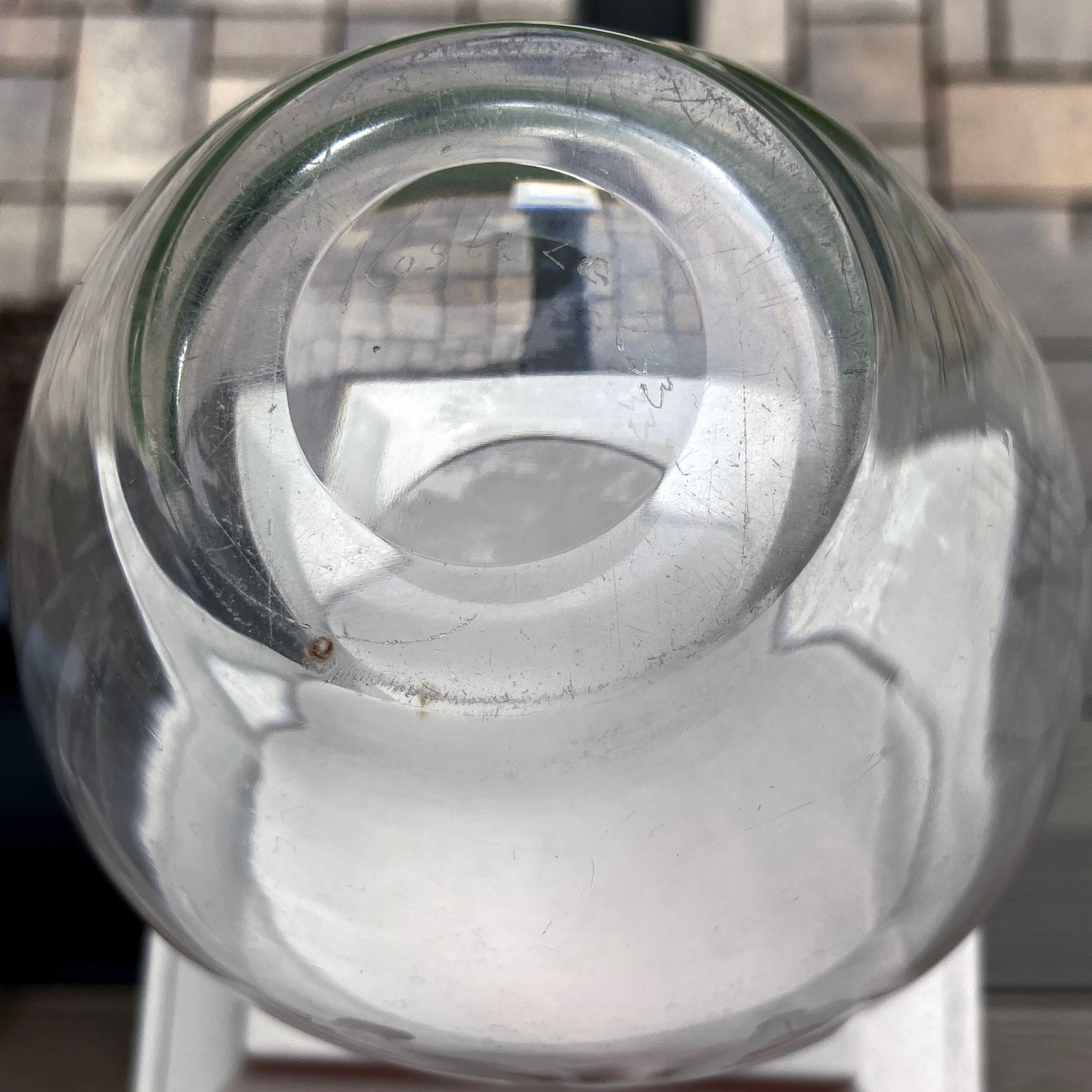 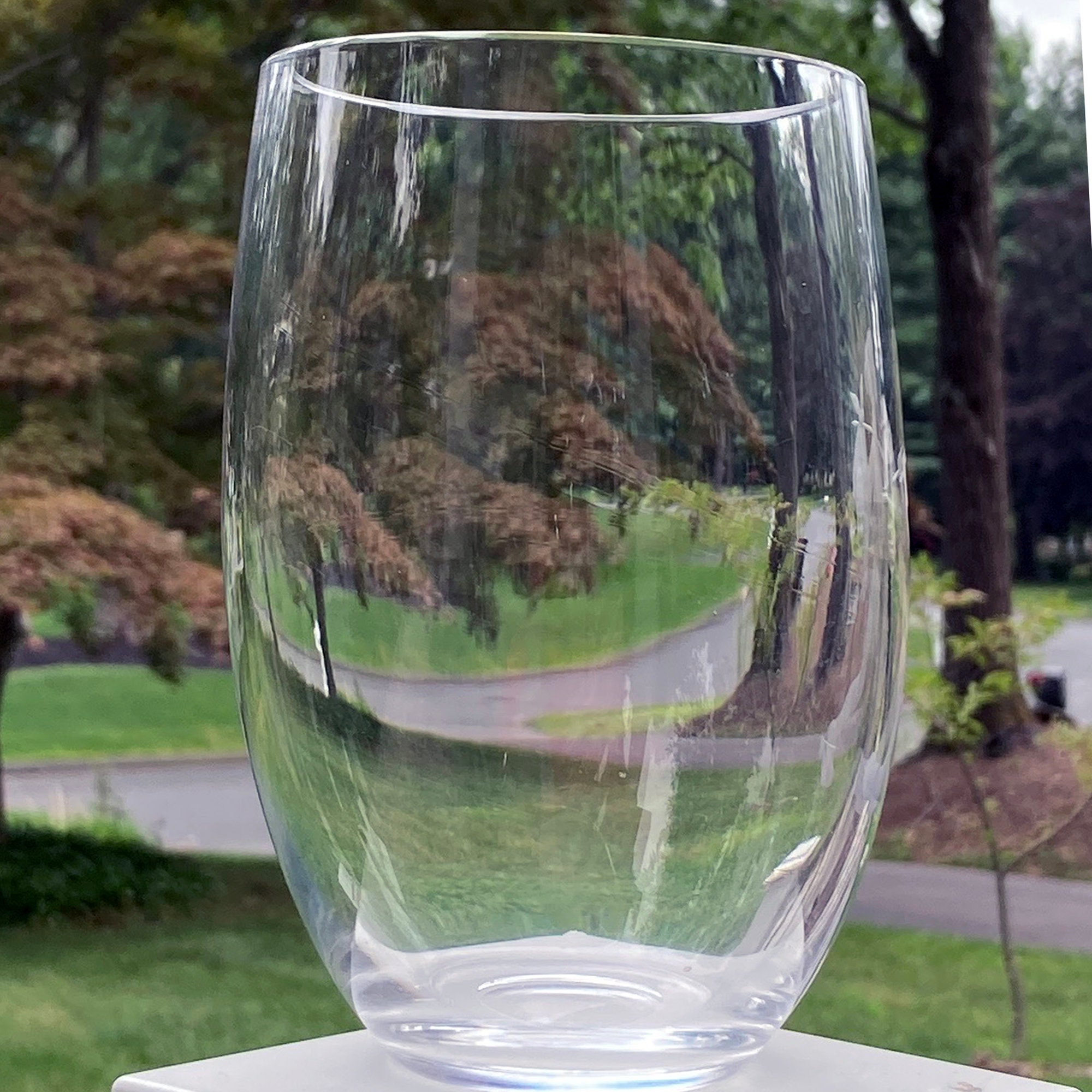 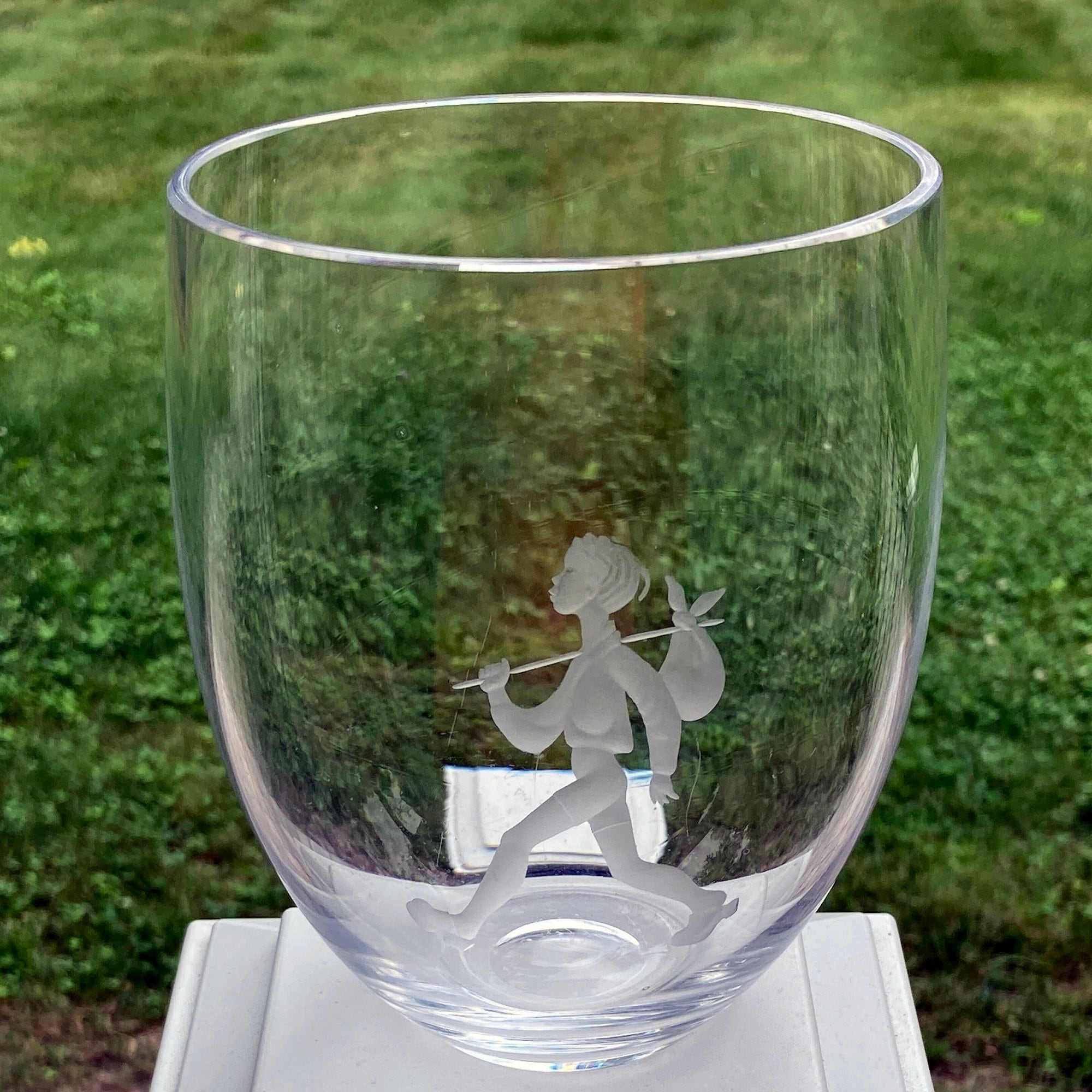 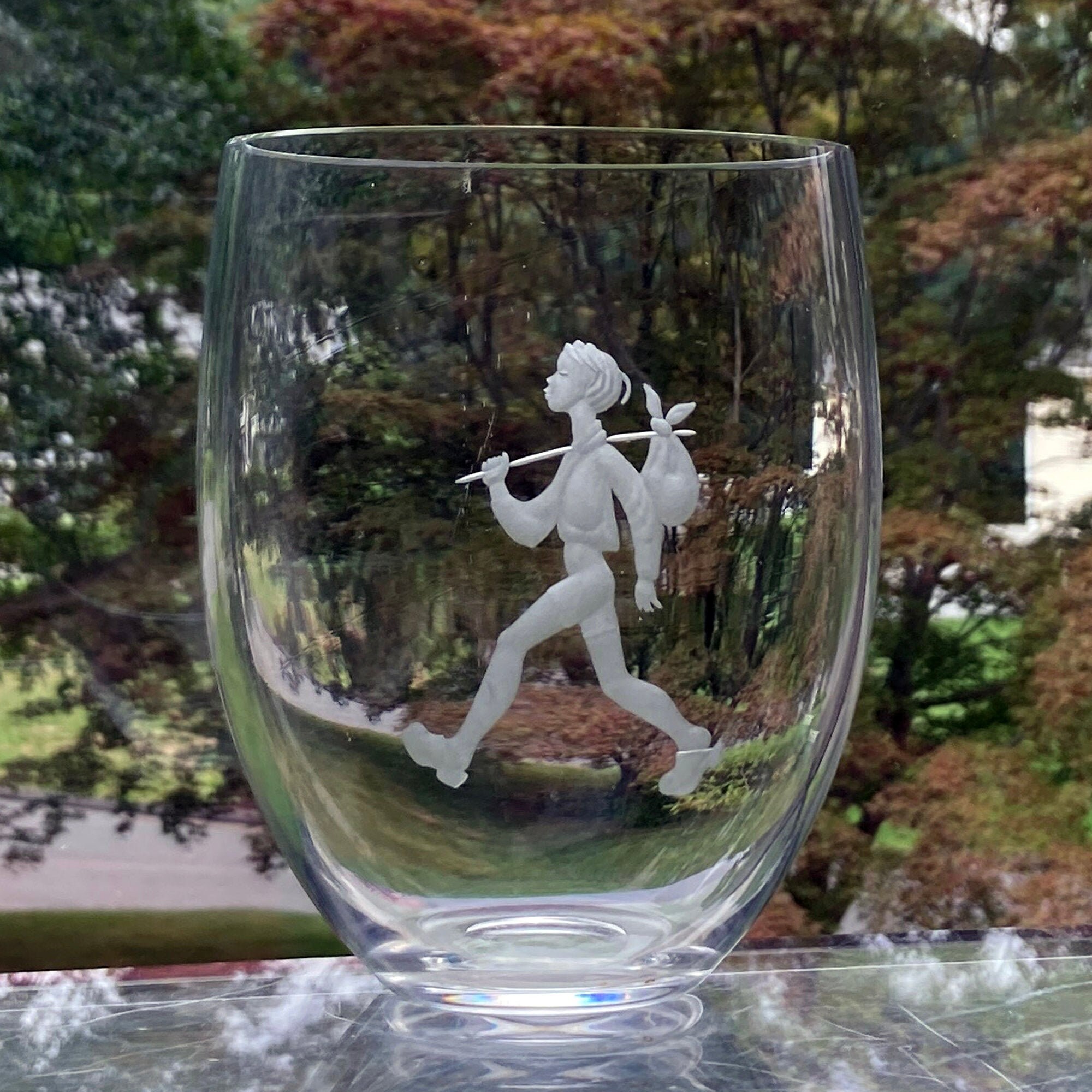 This charming Swedish art glass vase was designed by Vicke Lindstrand around 1960 at Kosta Glassworks (before the merger with Boda in the 70's). It is a lovely size for an accent piece, measuring 3" x 4" x 6" and weighing 2 pounds. The vase is hand blown, the rim is hand cut, and the design is hand engraved - truly a work of many artists and craftsmen. Although there are quite a few fine scratches on the vase and one tiny chip on the cut rim, I think they add to the spirit of determination Lindstrand captured in his subject. The boy is clearly set off to conquer the world, and no scratches will hold him back. (Note that the price takes these flaws into account. Perfect, it would list for $129.)

The artist, Vicke Lindstrand (1904-1983) was born in Goteborg, Sweden, and started his career with Orrefors in 1928, where he remained until 1940. The tales of his departure vary, but it is known that he was under an agreement not to work in glass for a decade. Between 1943 and 1950 he became creative leader at Uppsala Ekeby, where he designed many different stoneware objects ranging from pots to figural sculptures. In 1950 he joined Kosta Glasbruk as an artistic director. He was the dominant designer until his retirement in 1973, lending his name to many now classic designs. As a glass designer, textile and ceramic designer, and painter, he is considered a pioneer of Swedish art.