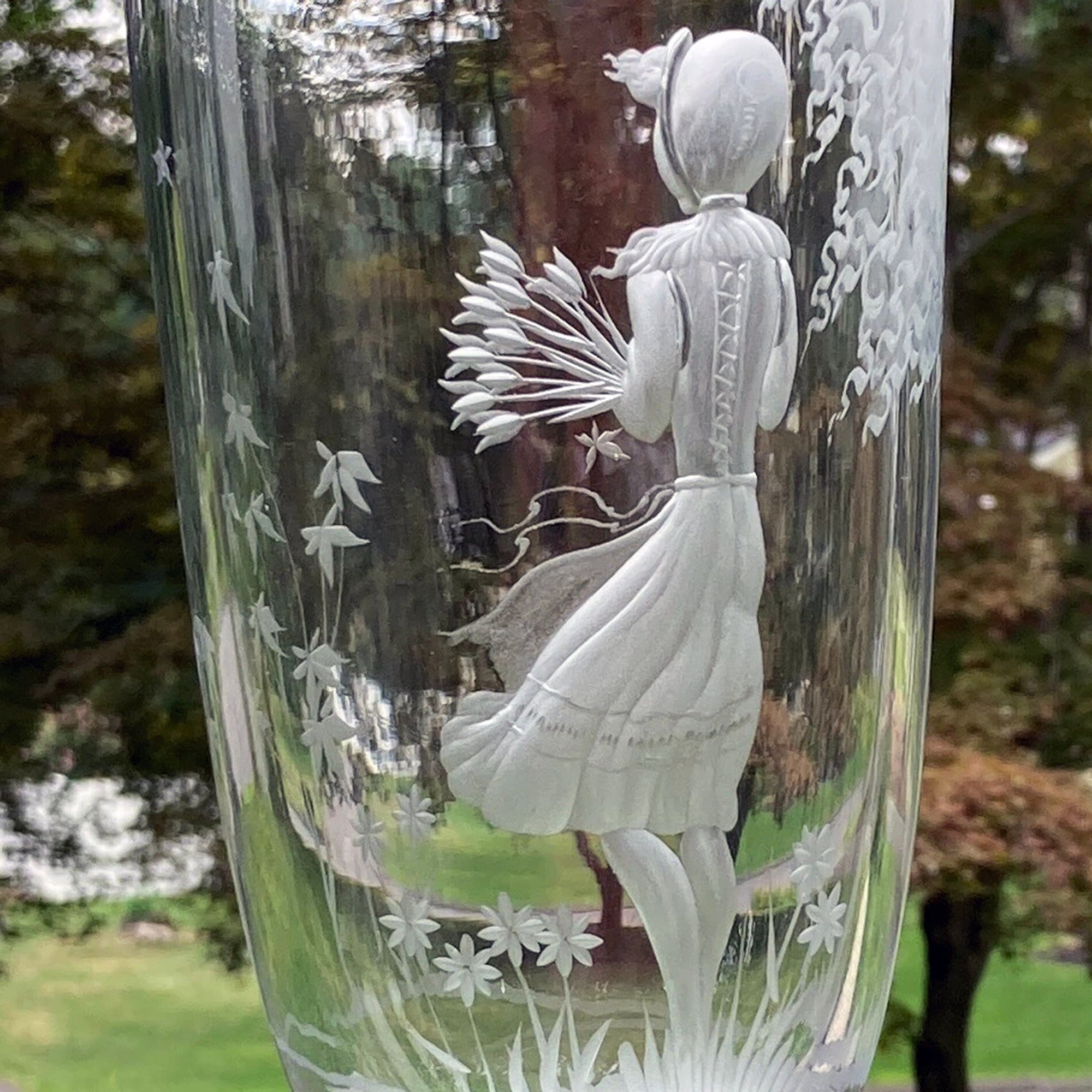 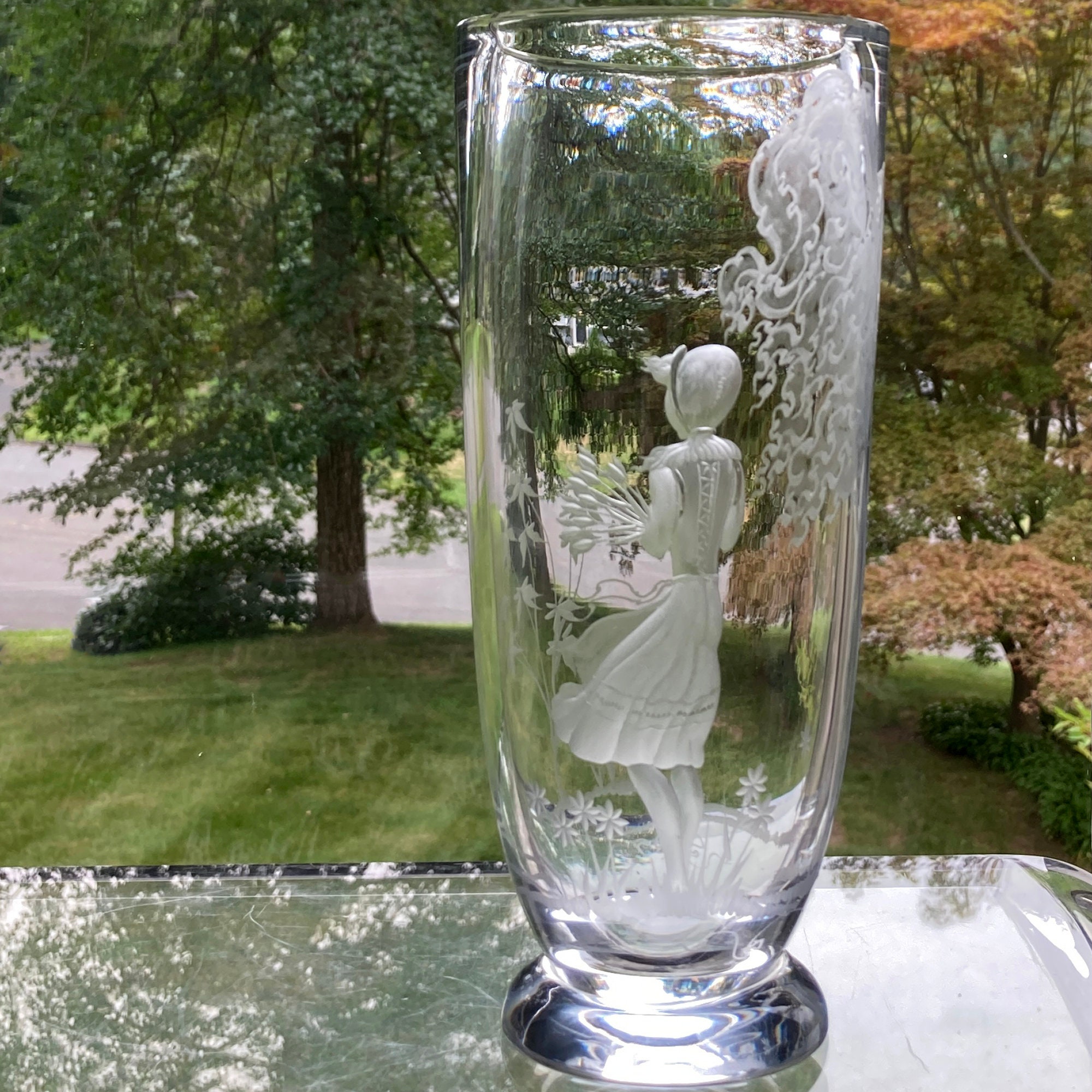 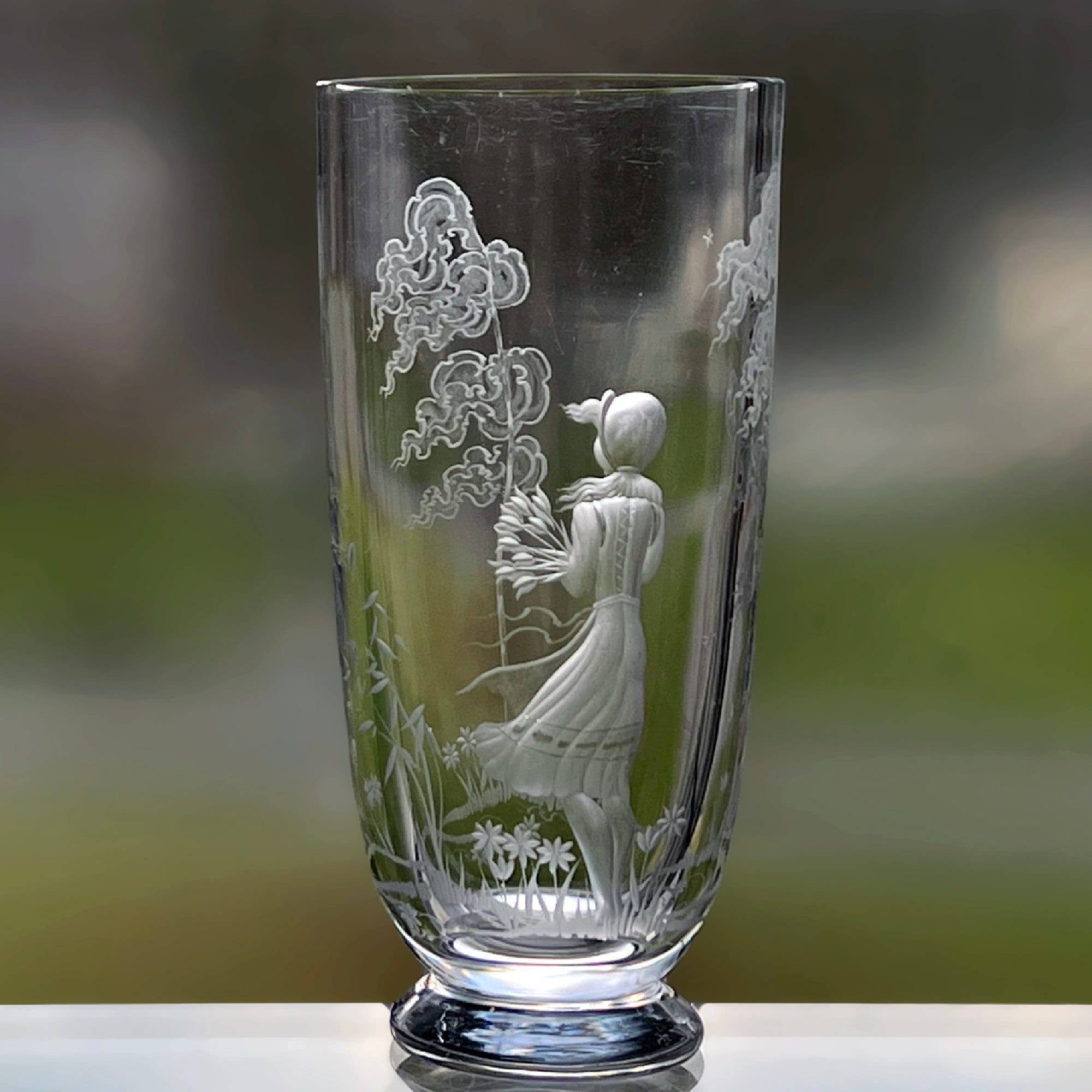 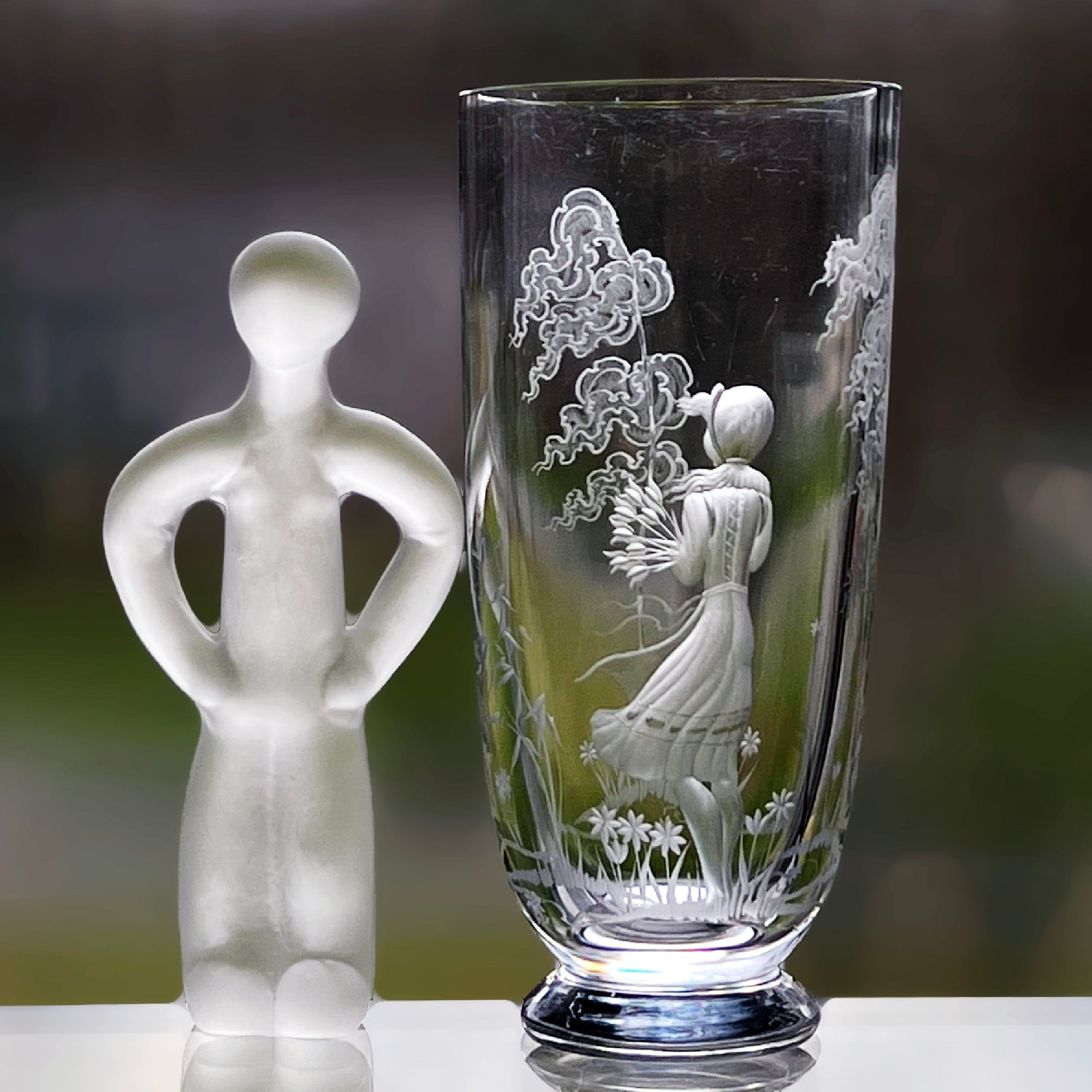 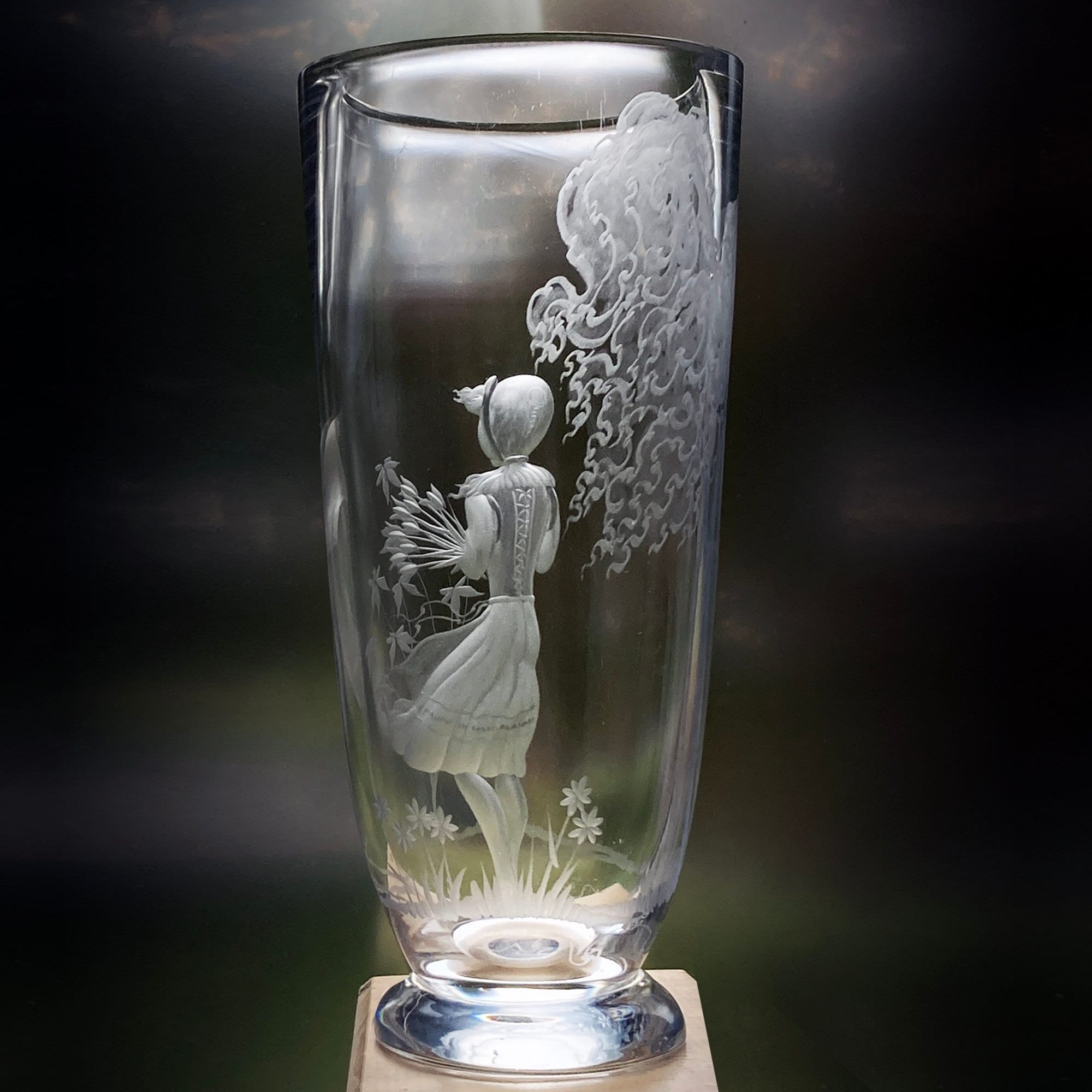 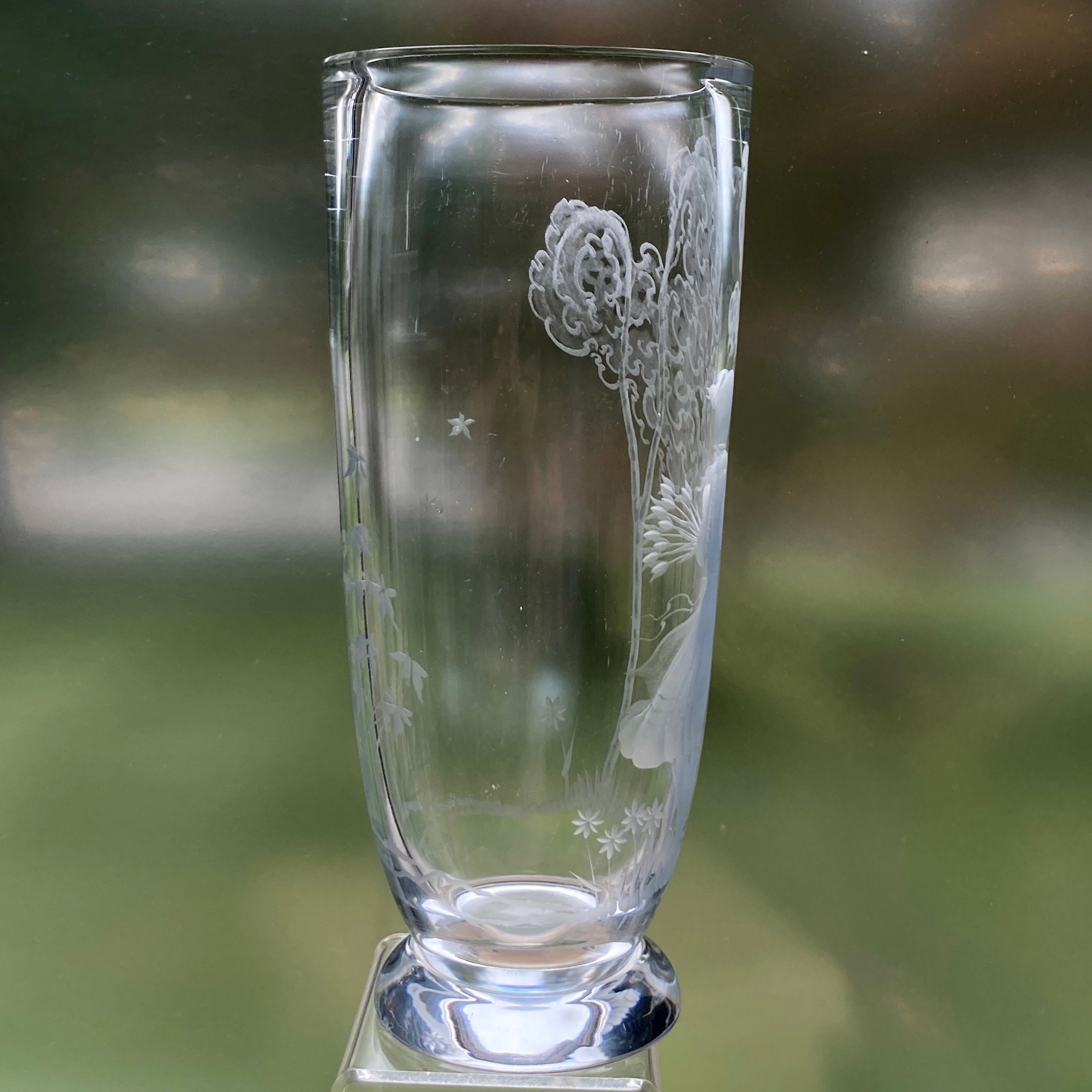 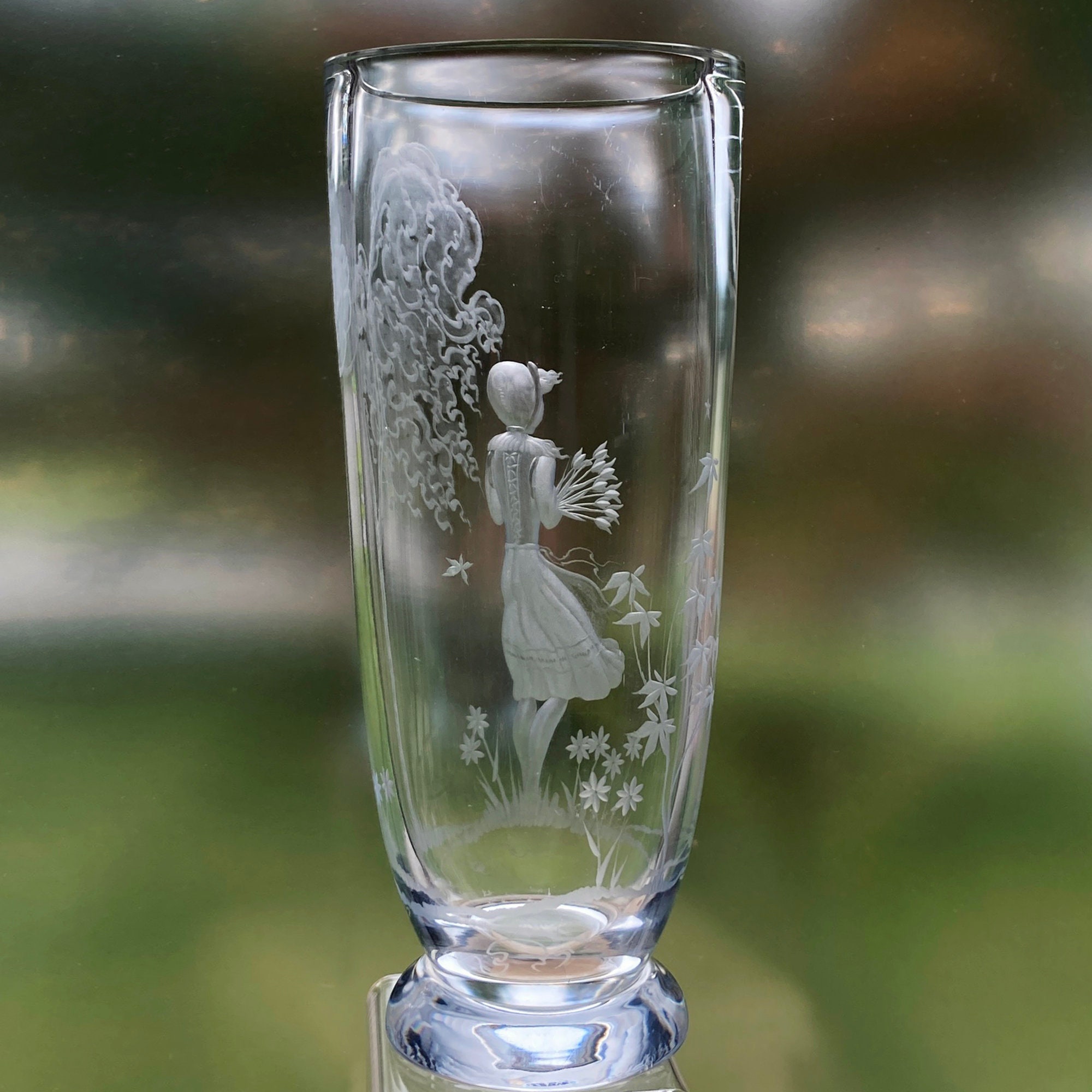 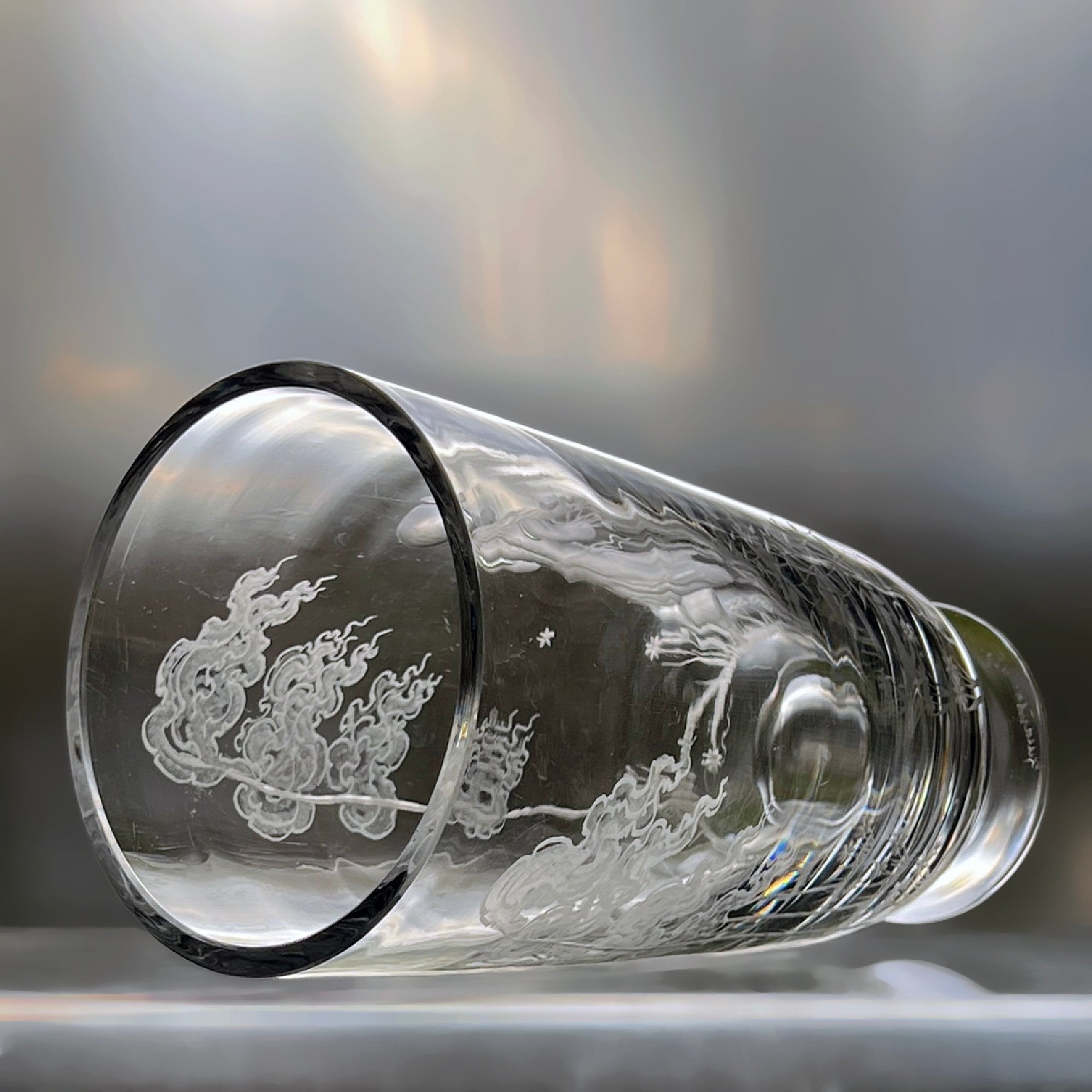 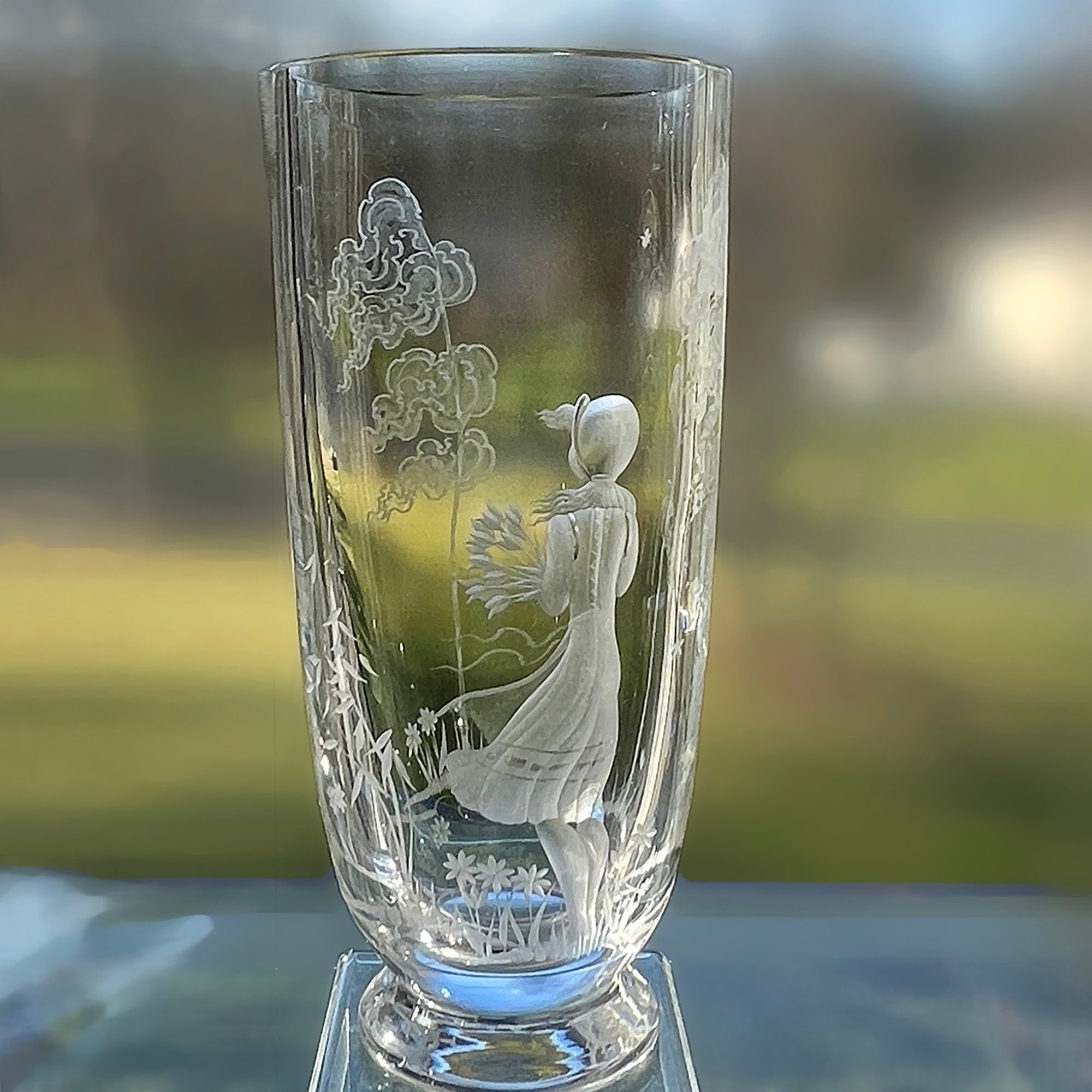 This beautiful vase is another example of exquisite, copper-wheel engraved crystal from the Kjellander family of Sweden. Four generations of master glass carvers trained and worked at Kosta, from 1825 to 1924: Lars 1799, Erik 1830-1916, Lars Johan, 1868-1931, and his two sons, Åke, 1903-1989, and Nils, 1907-1991. In 1924, Lars Johan and his sons opened their own workshop in Vetlanda, called Kjellandrarnas Verkstad. The brothers, Åke and Nils, continued their work there until 1983. This remarkable vase depicts a young woman in her Swedish folk dress, holding wildflowers, perhaps awaiting a ship. The engraving wraps around the footed vase, resulting in an image with depth, as you would see in real life.

The vase is a perfect size for a bunch of flowers or for display. It is 4" in diameter and 9" tall, and it weighs about 2.5 pounds. There are quite a few scratches inside the vase, especially near the top. They would not be noticeable with water and flowers in the vase, and I don't think they detract from the image when the vase is empty, either. It is likely that the original owner bought it in Sweden. Don't miss this one!