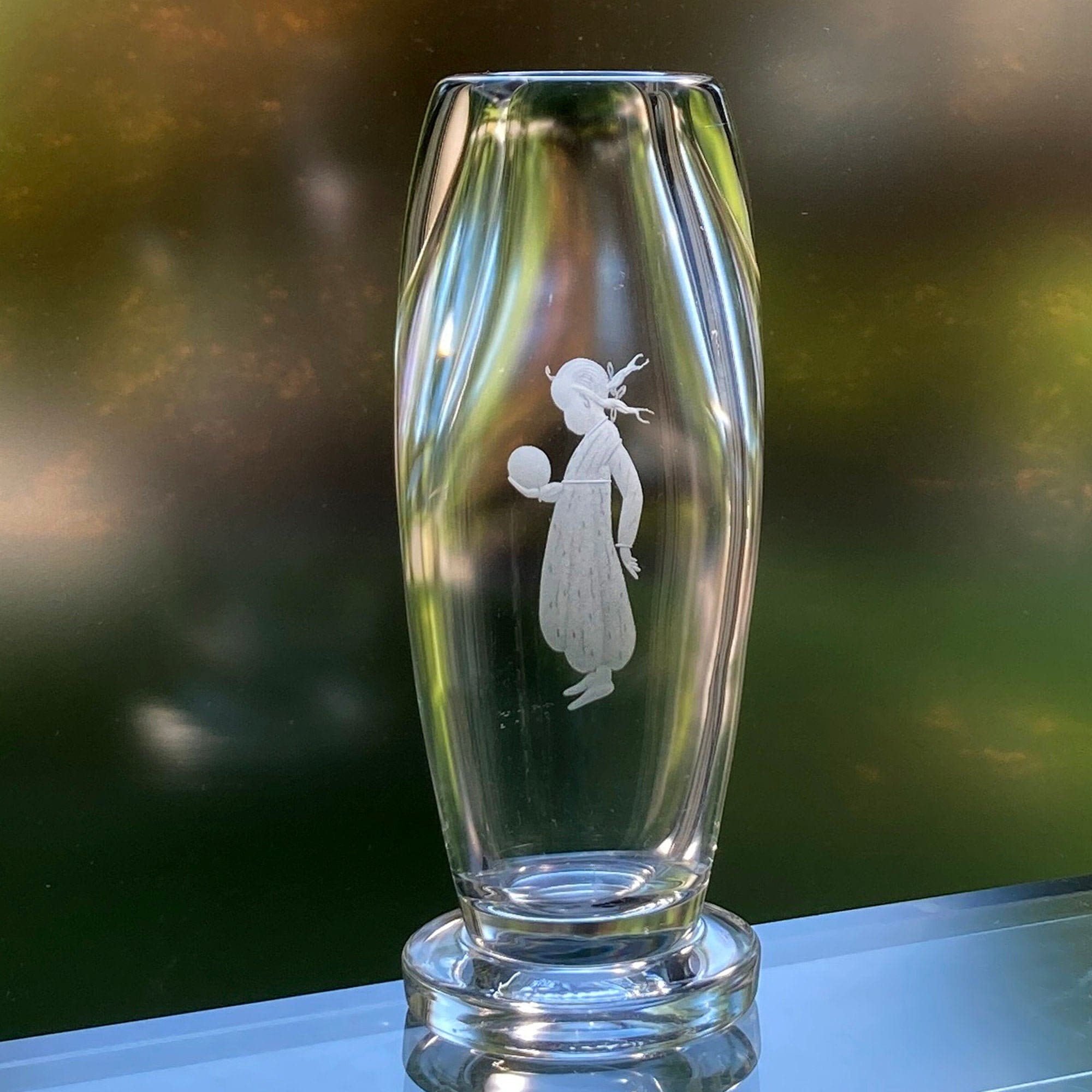 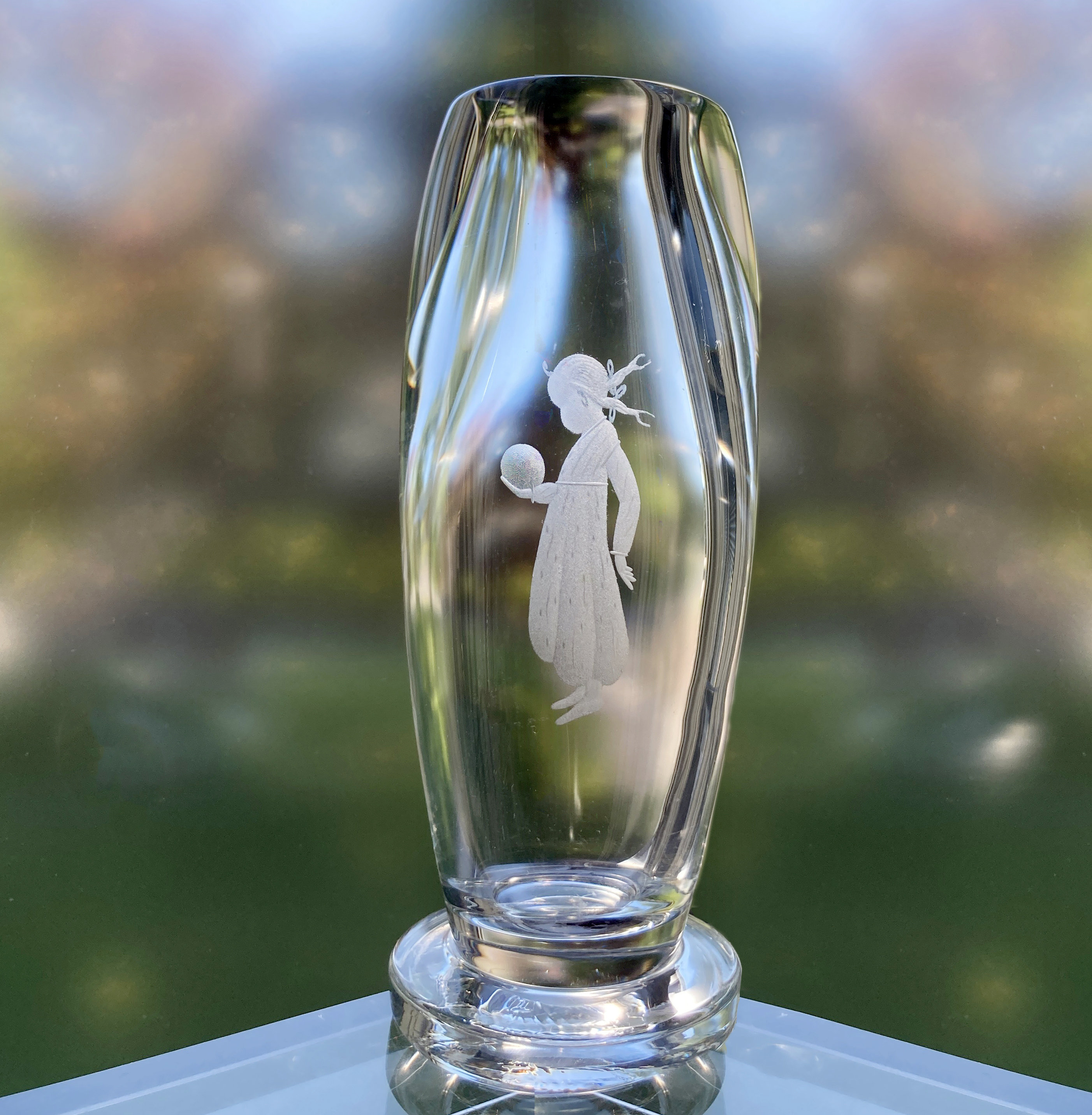 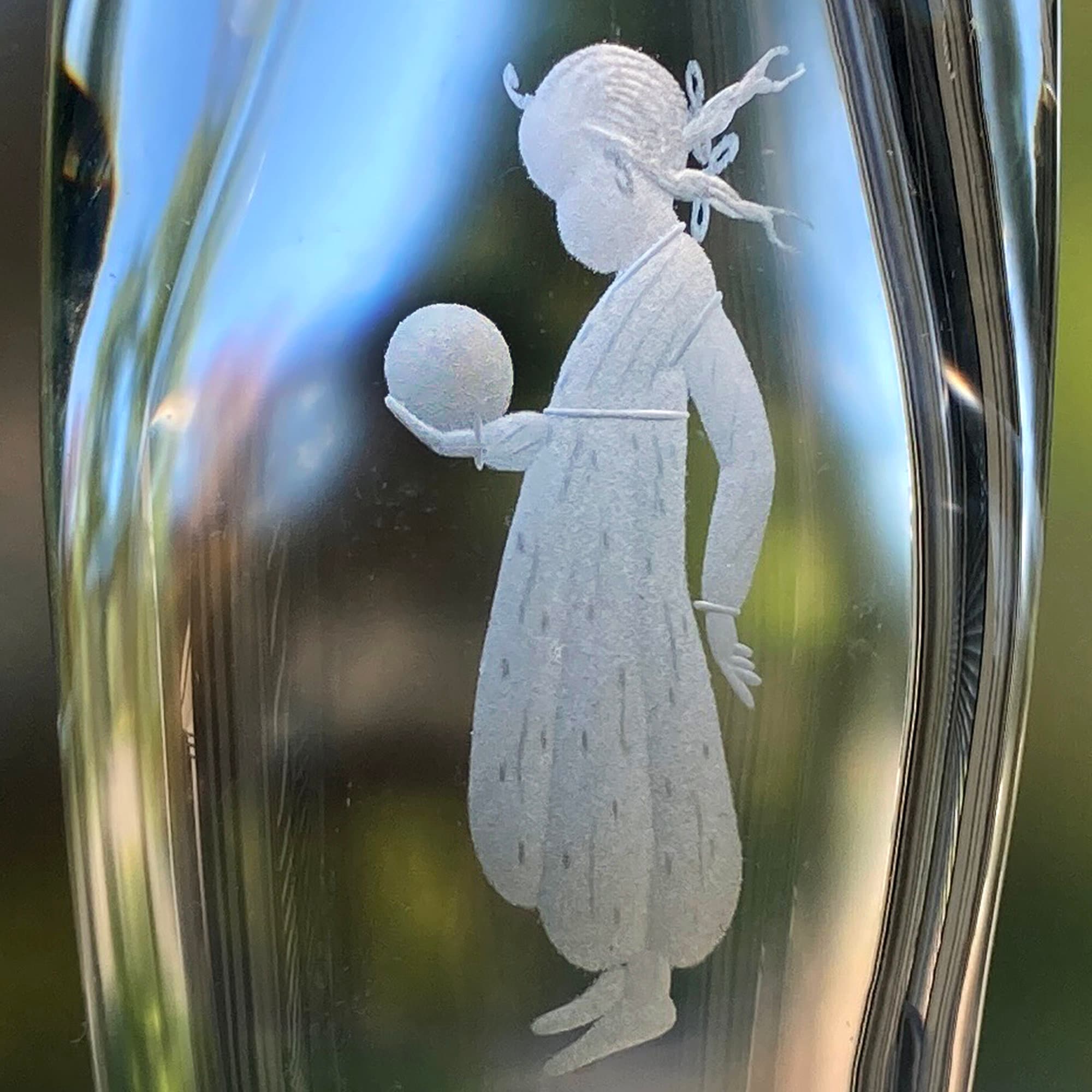 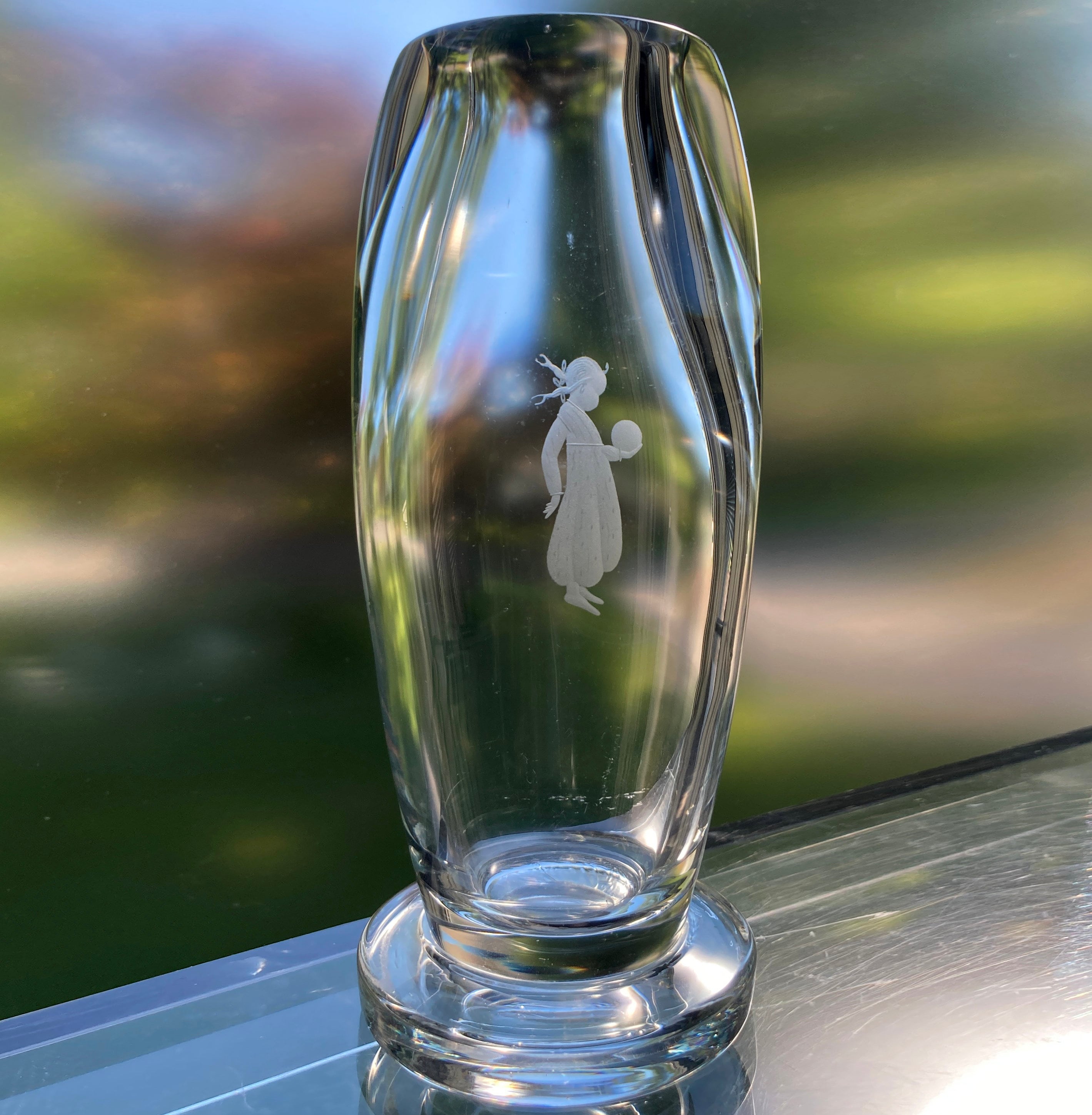 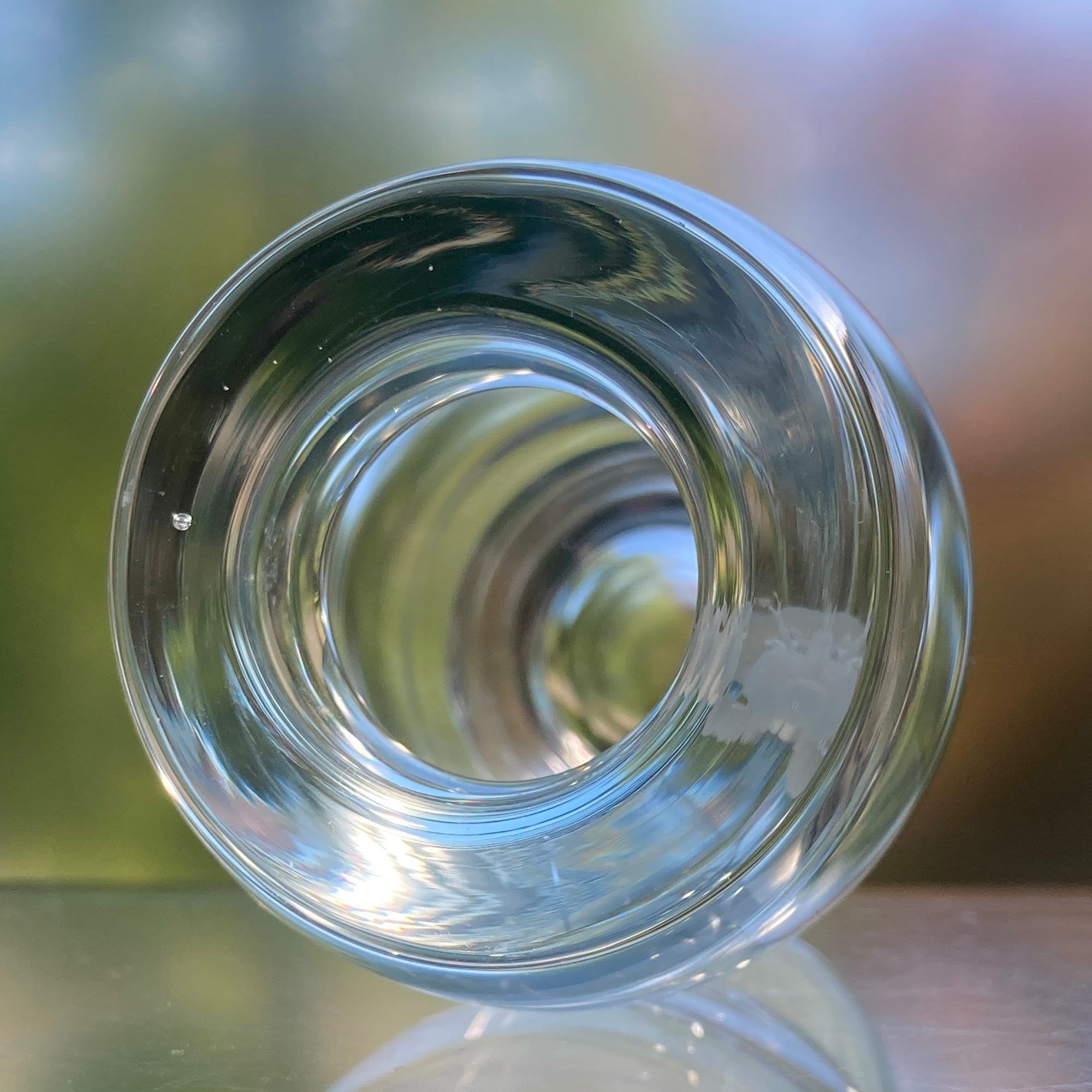 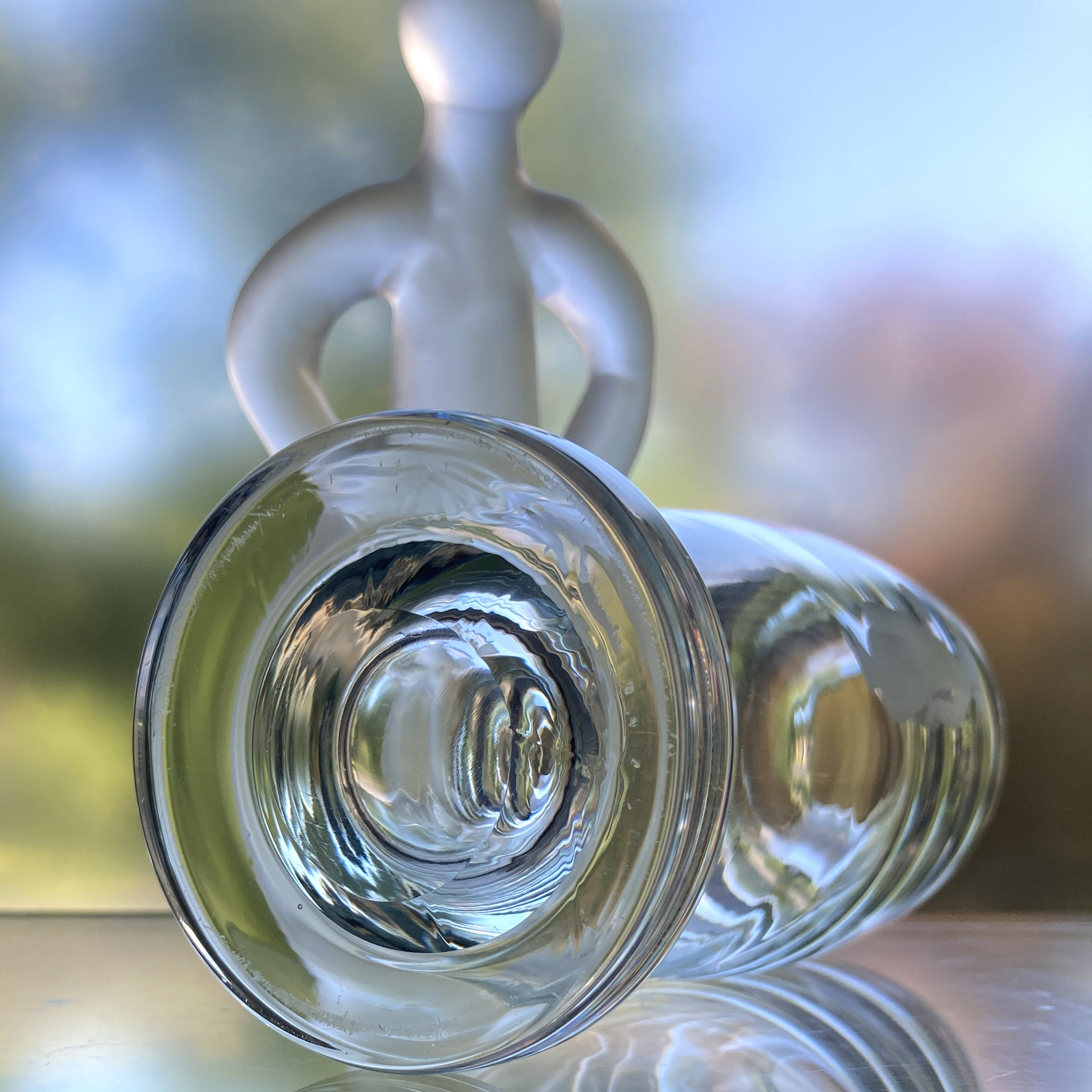 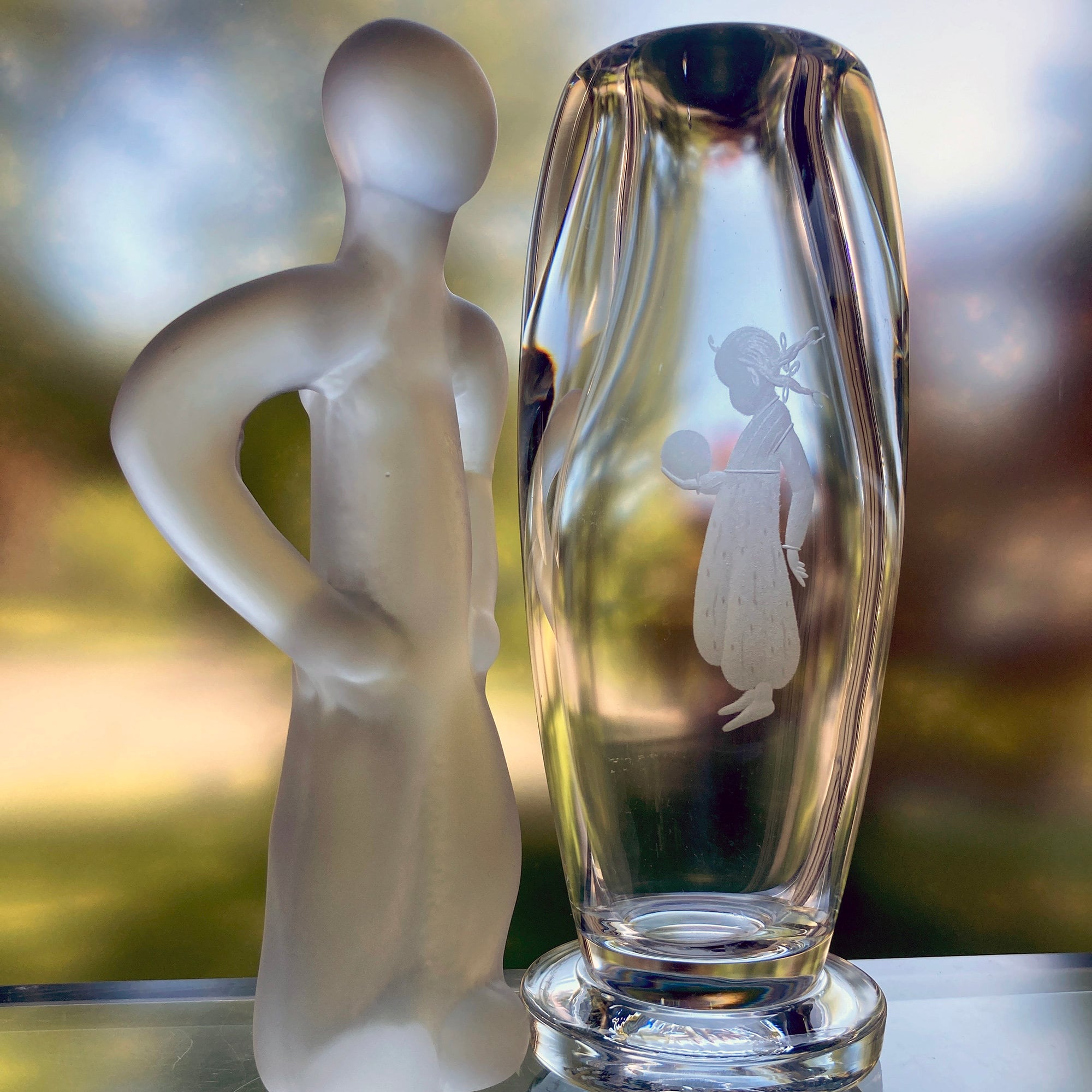 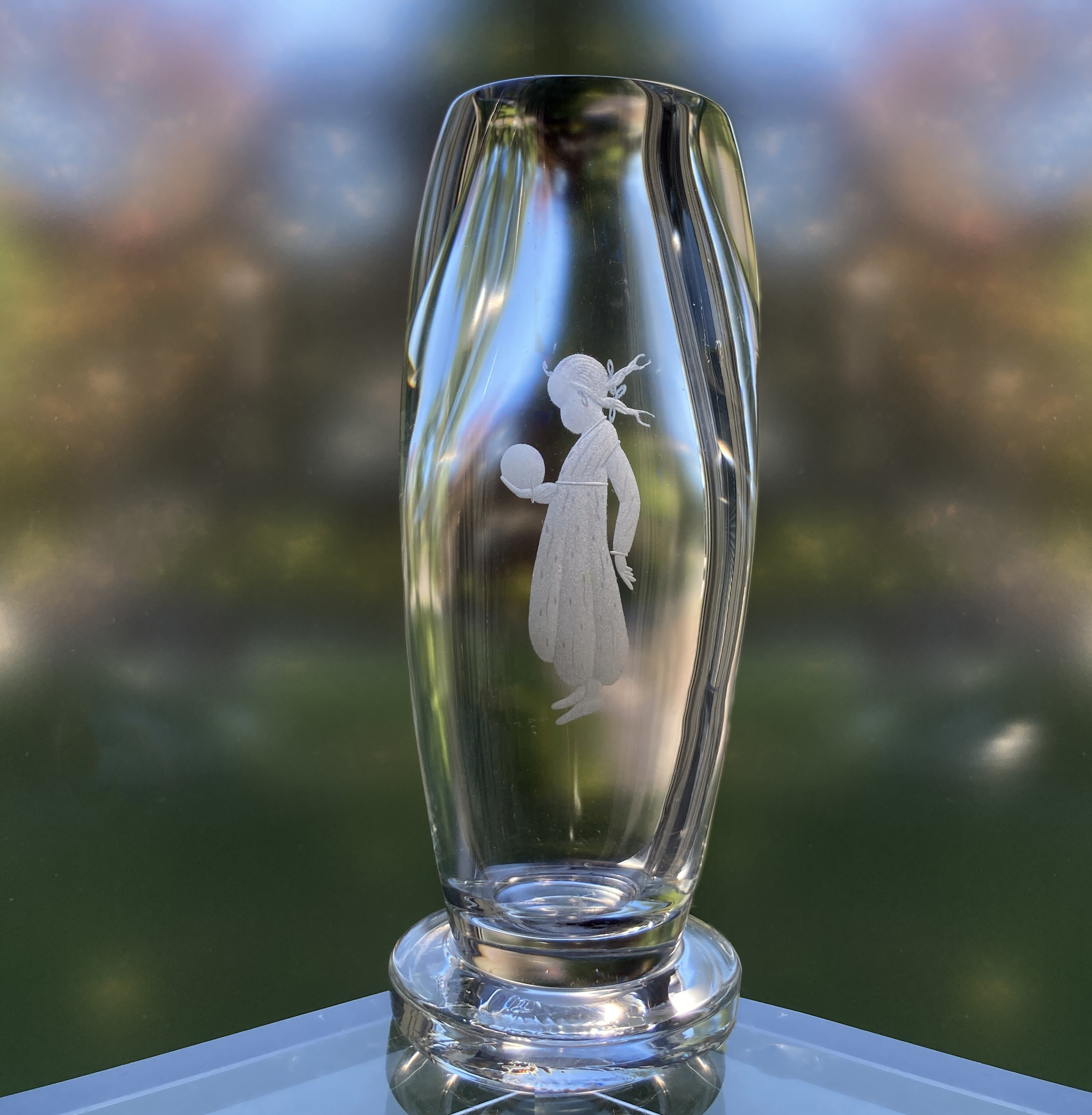 This handmade vase was made in Sweden, most likely during the 1950's. It was made with the old-school copper-wheel engraving method and is in great condition. It has a few light scratches, but nothing distracting. The charming young girl in pigtails is looking down at the ball she is holding, making a very sweet scene.

The vase is medium-sized, 2.5" diameter and 7.5" high, and is heavy, weighing 2.31 pounds. I can't tell you much about the designer or engraver; pieces from this era at Johansfors only had a sticker to mark the maker. A fellow Facebook glass group member suggested that Birger Gejmark was the engraver, but I haven't been able to learn anything about him.

Johansfors Glasbruk was a Swedish glass maker founded in 1891. The current factory with glassblowing and glass furnaces was built in 1955 at the same place where it began in 1891. It was bought by Magnor Glassverk in 1997 after having had financial problems. Sadly, the factory closed in 2014.

Fun fact: my mother's paternal grandfather came from the town of Johansfors!