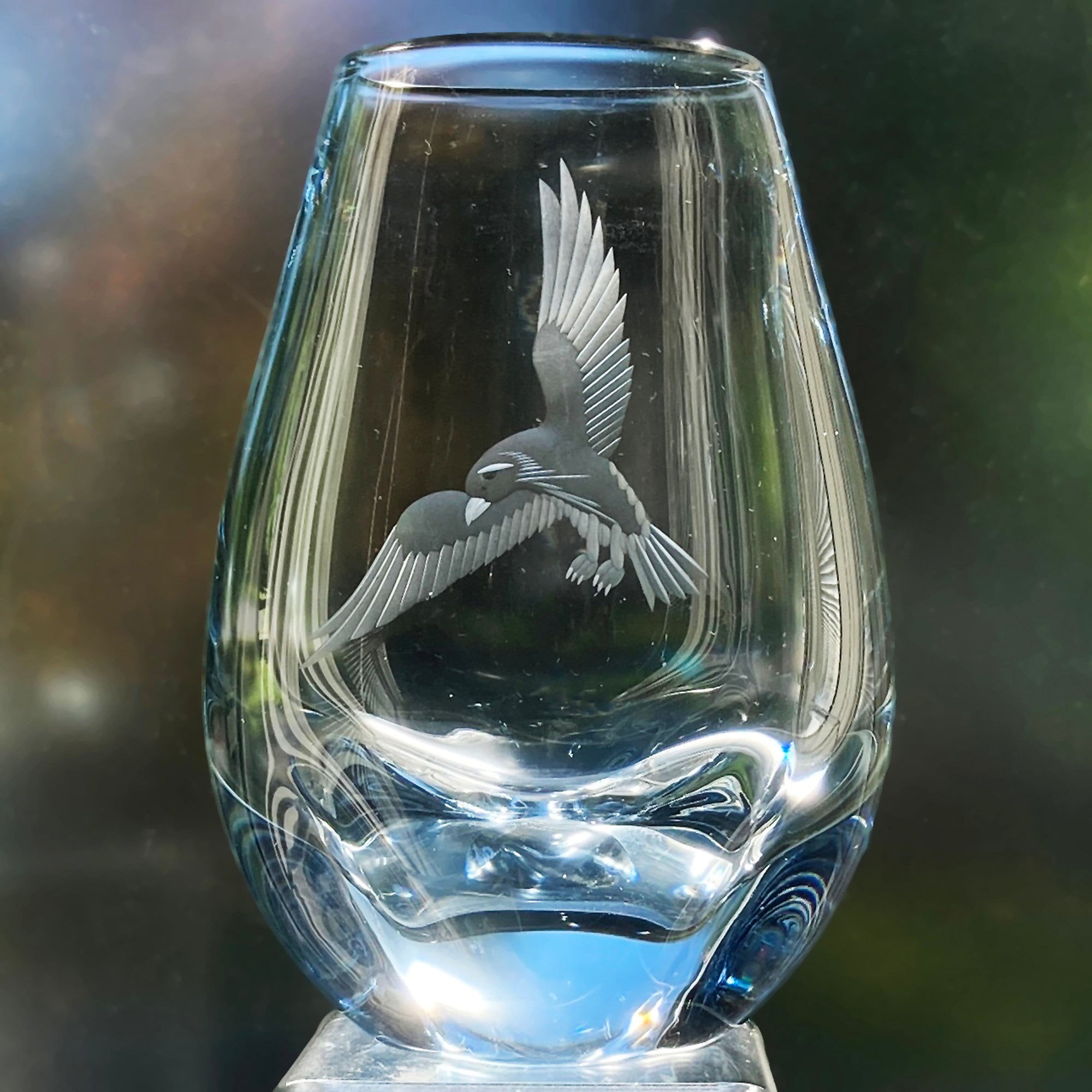 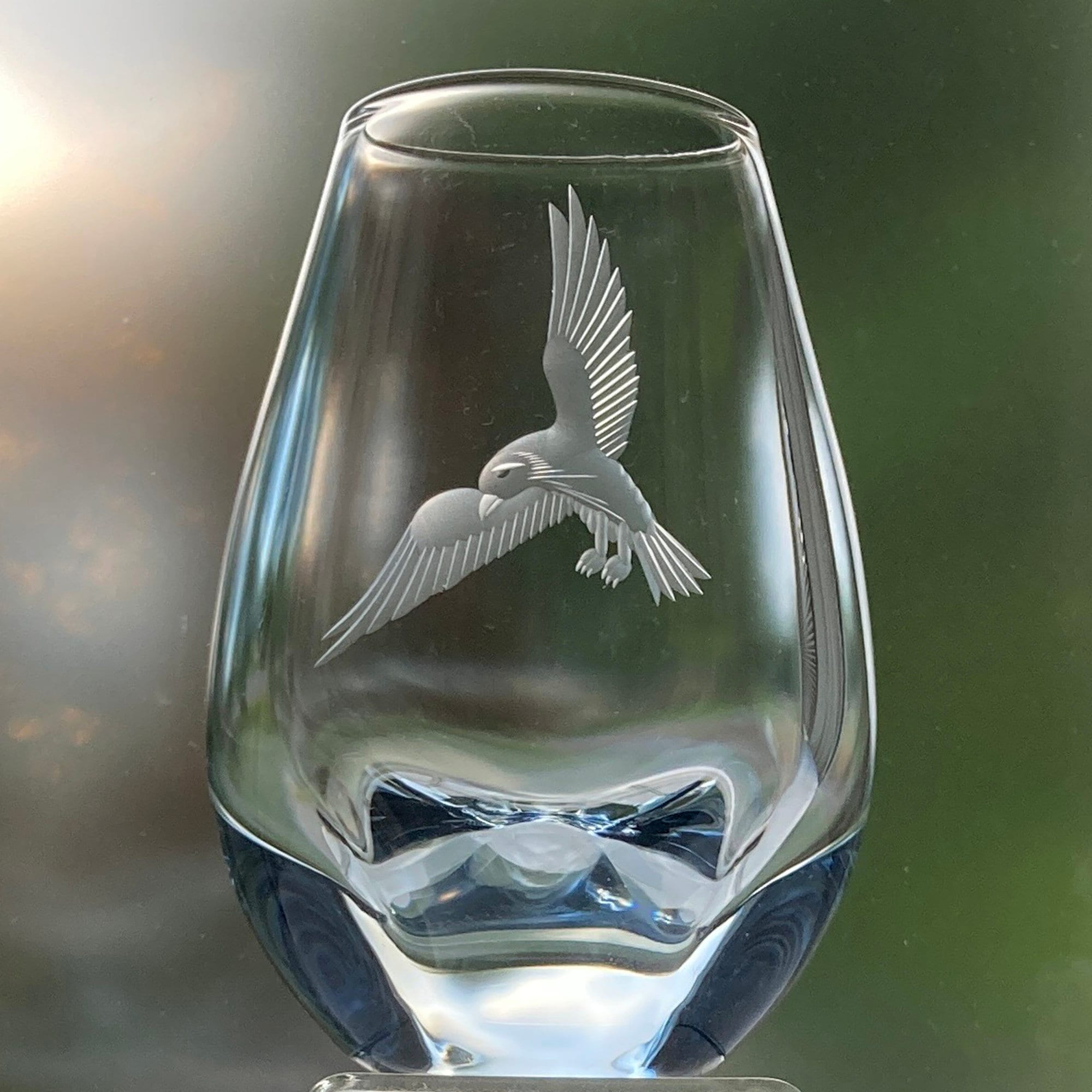 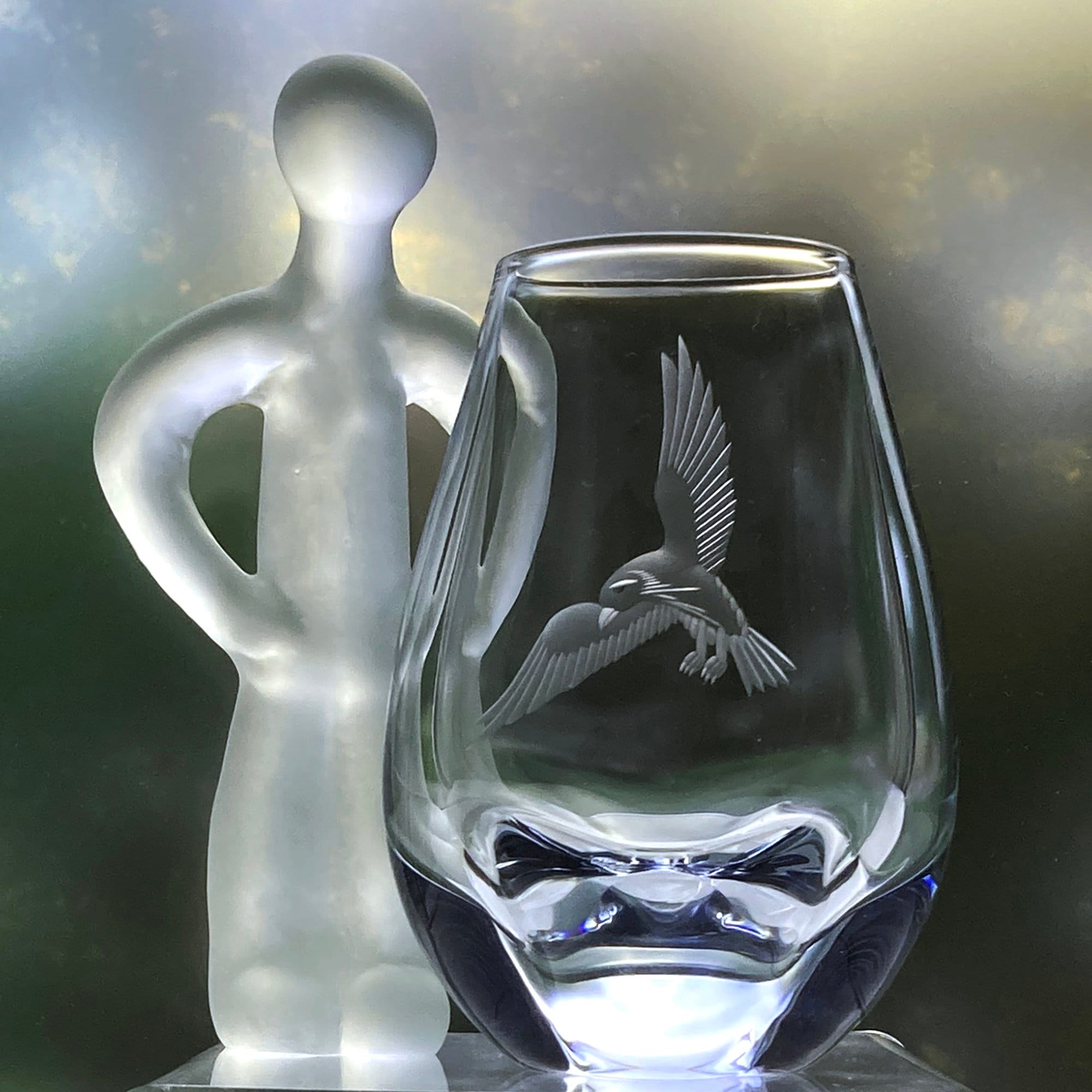 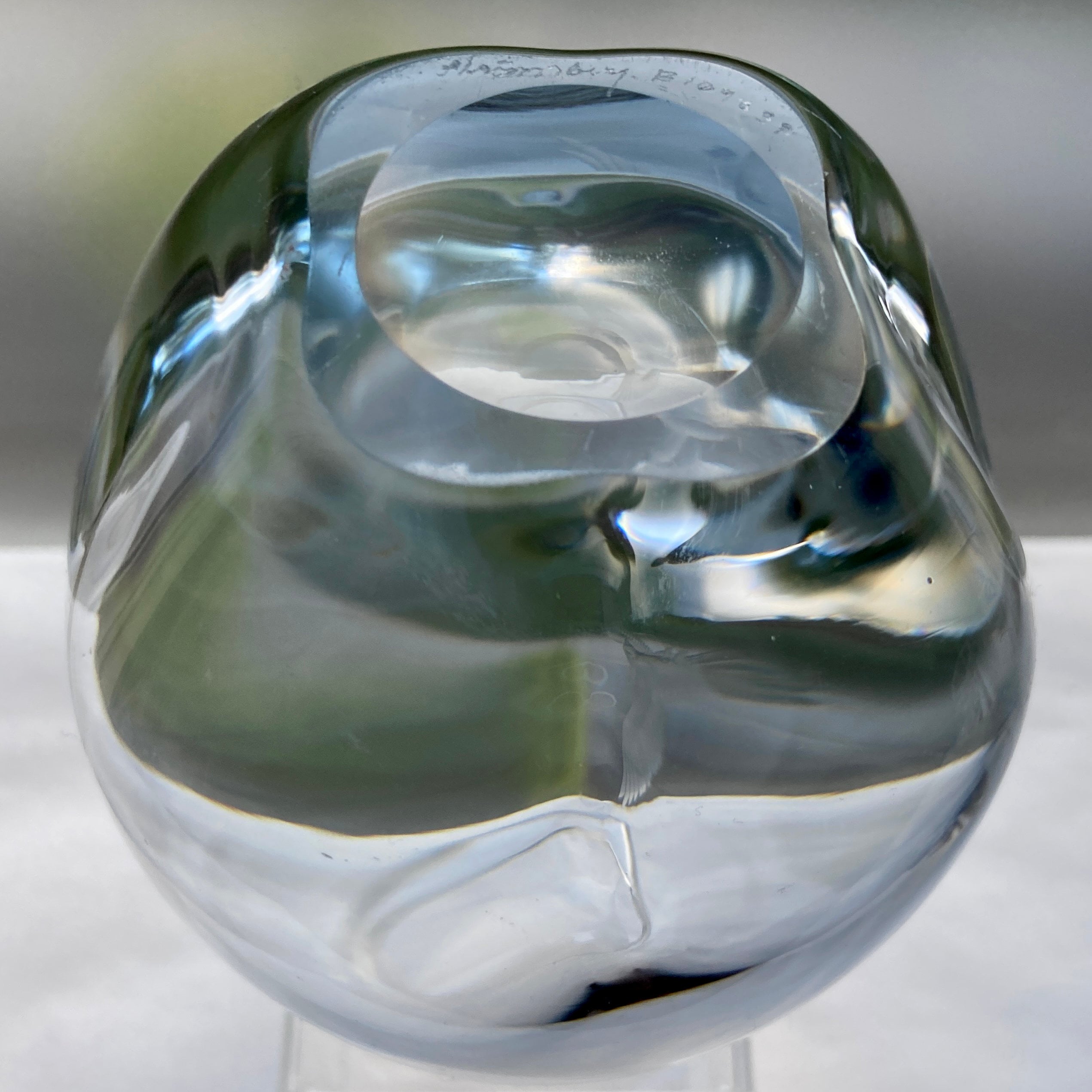 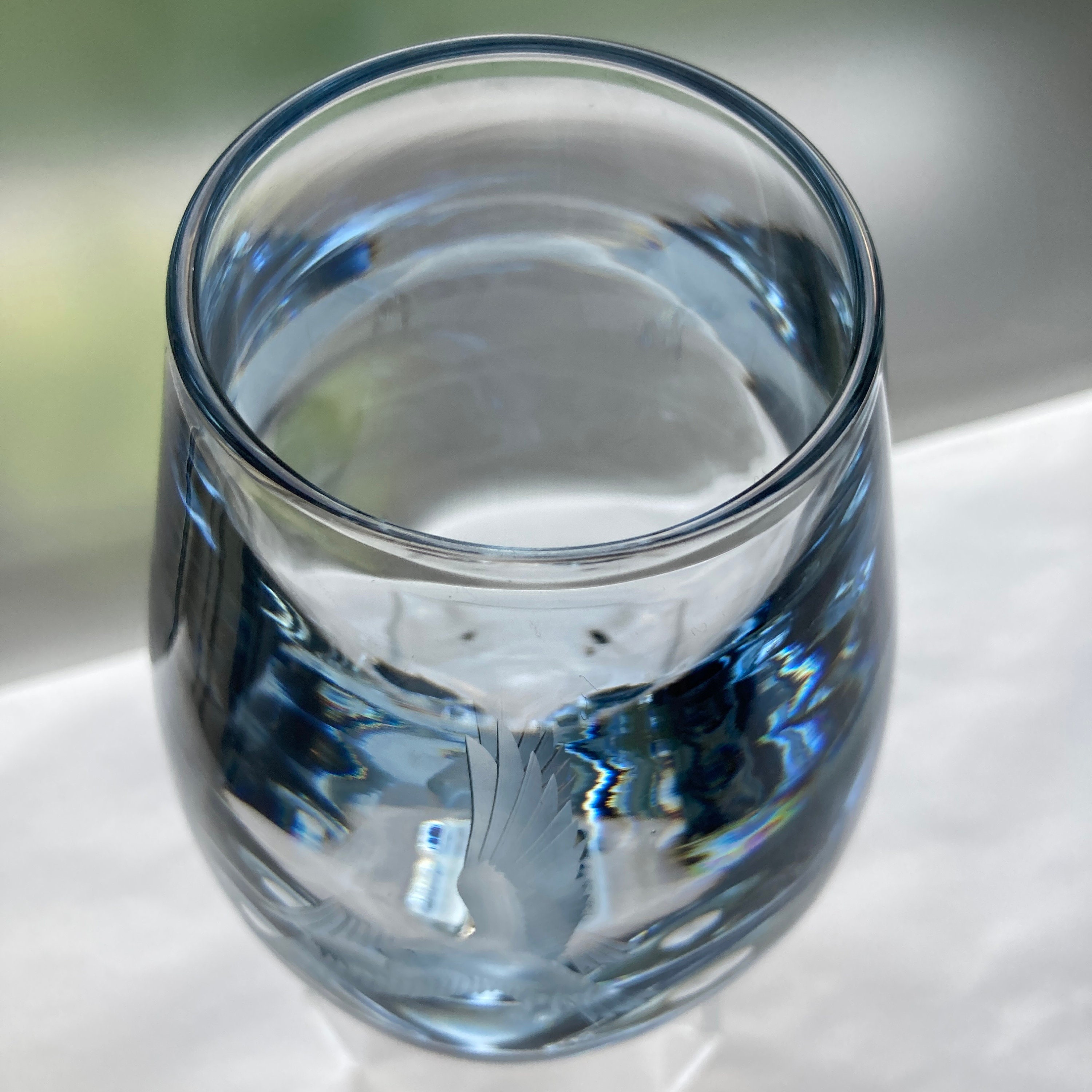 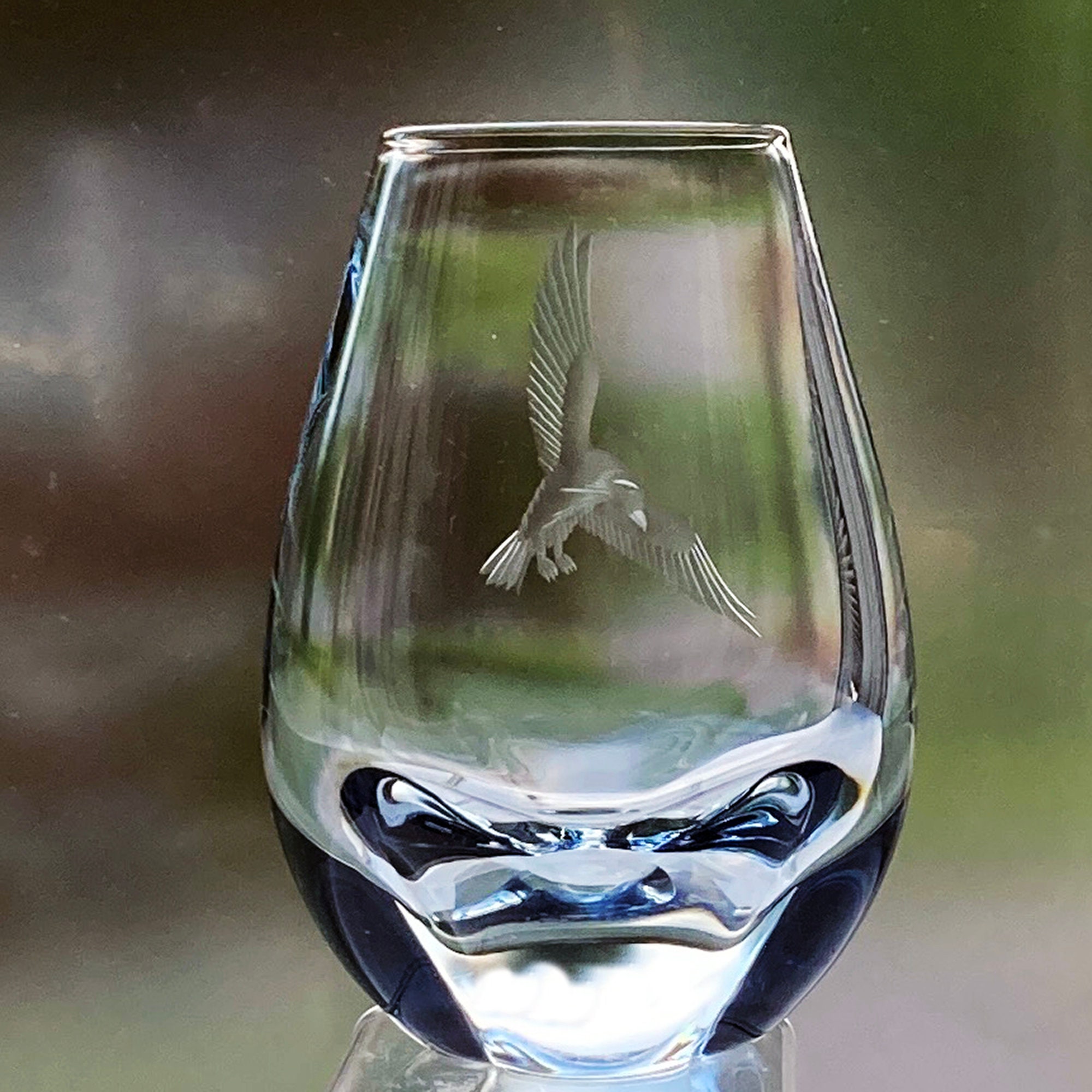 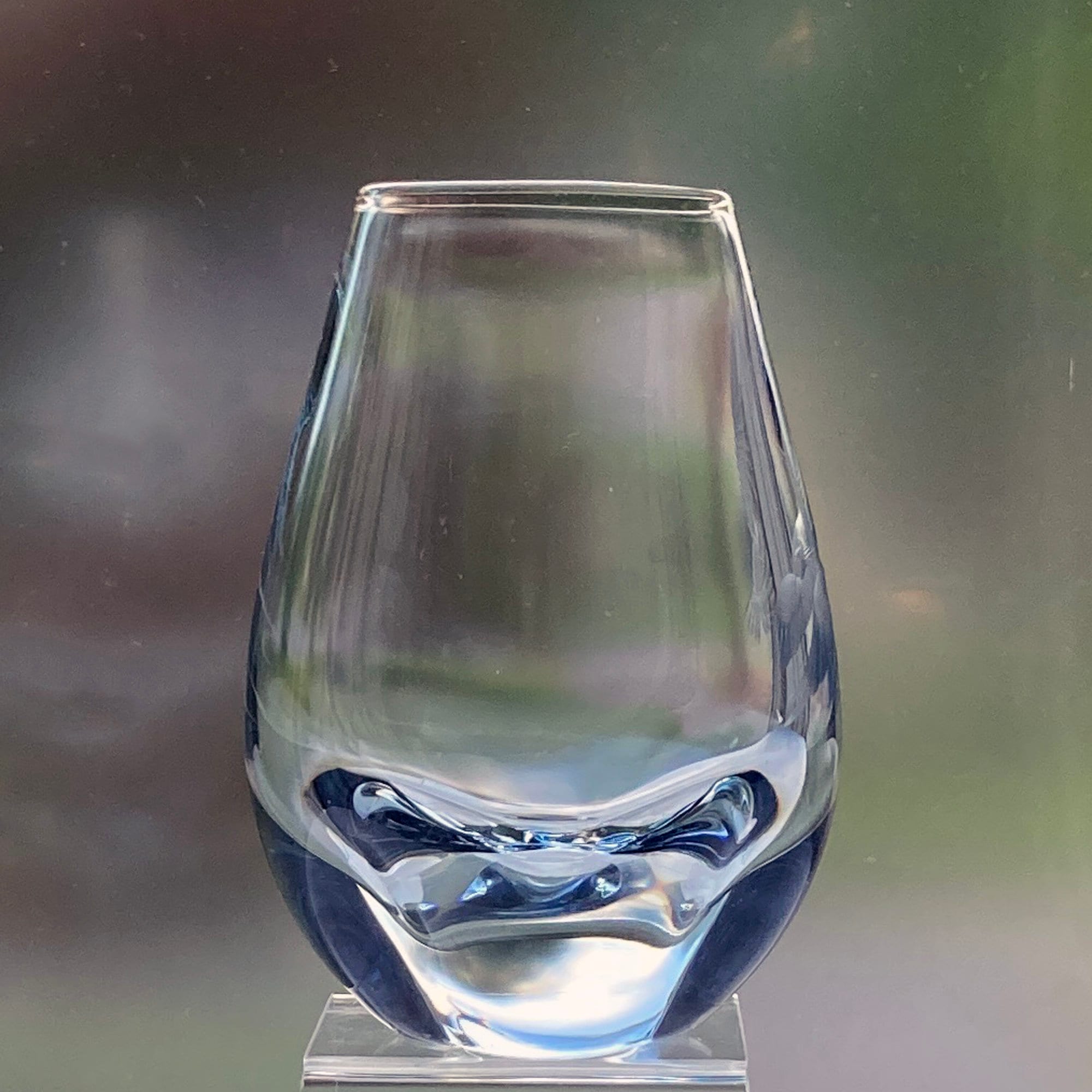 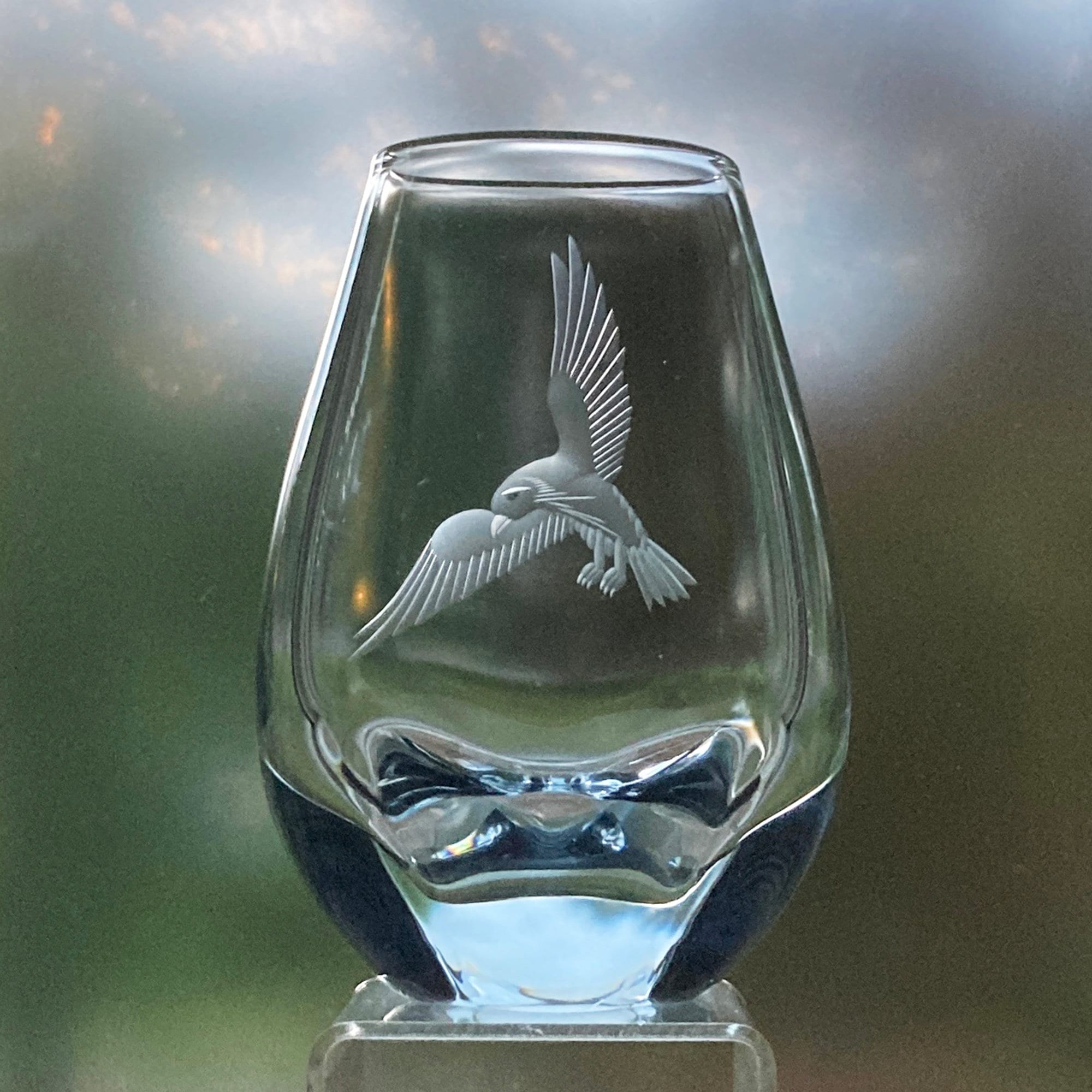 This beautiful vintage vase depicts a large bird, flying majestically. It is 4.5" high and weighs 1.5 pounds. It is a perfect size for display on a desk or shelf. It is in excellent condition, clear and sparkling. The shape of this vase dates from 1935 and the decoration dates from 1939, possibly earlier. They are both likely Gerda Strömberg's designs.

Edvard Strömberg was managing director at Eda glassworks in 1933, when they had to close down operations due to the financial crisis. He and his wife, designer Gerda Strömberg, moved back to Småland and restarted Lindefors glassworks. They first leased it and gave it the name Strömbergshyttan and later also became the owners of the mill. Edvard Strömberg also managed to re-employ the glassblower master Knut Bergqvist, whom he knew well from the years 1918 to 1927, when they had both worked at Orrefors glassworks. He supplemented the workforce at his new glassworks with about ten glass workers from Eda. Now they had a solid foundation to stand on with Edvard Strömberg as leader, his wife Gerda as designer, and skilled glassblowers and grinders from both Smålands and Värmlands glascentrum.

Gerda Strömberg had become a household name during her husband's time at Eda glassworks. At Strömbergshyttan, she further consolidated her position as one of the great designers in Swedish glass during the 1930s and 1940s. After Edvard's death in 1946, the management of the mill was taken over entirely by his son, the civil engineer Erik Strömberg. After his death in 1960, his wife Asta was given full responsibility for the management of the mill. Asta Strömberg also made a name for herself as a designer during the mill's last 20-year period.