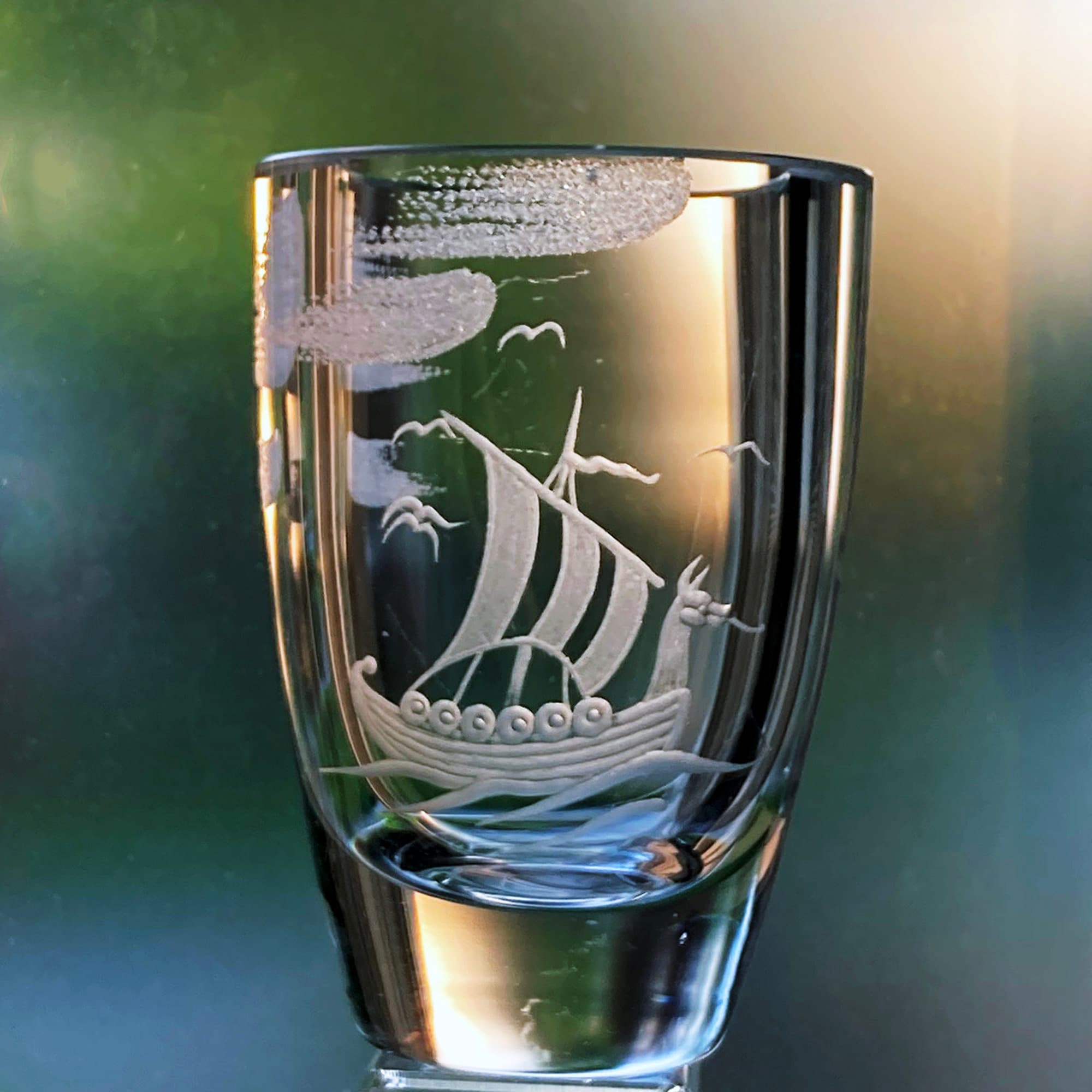 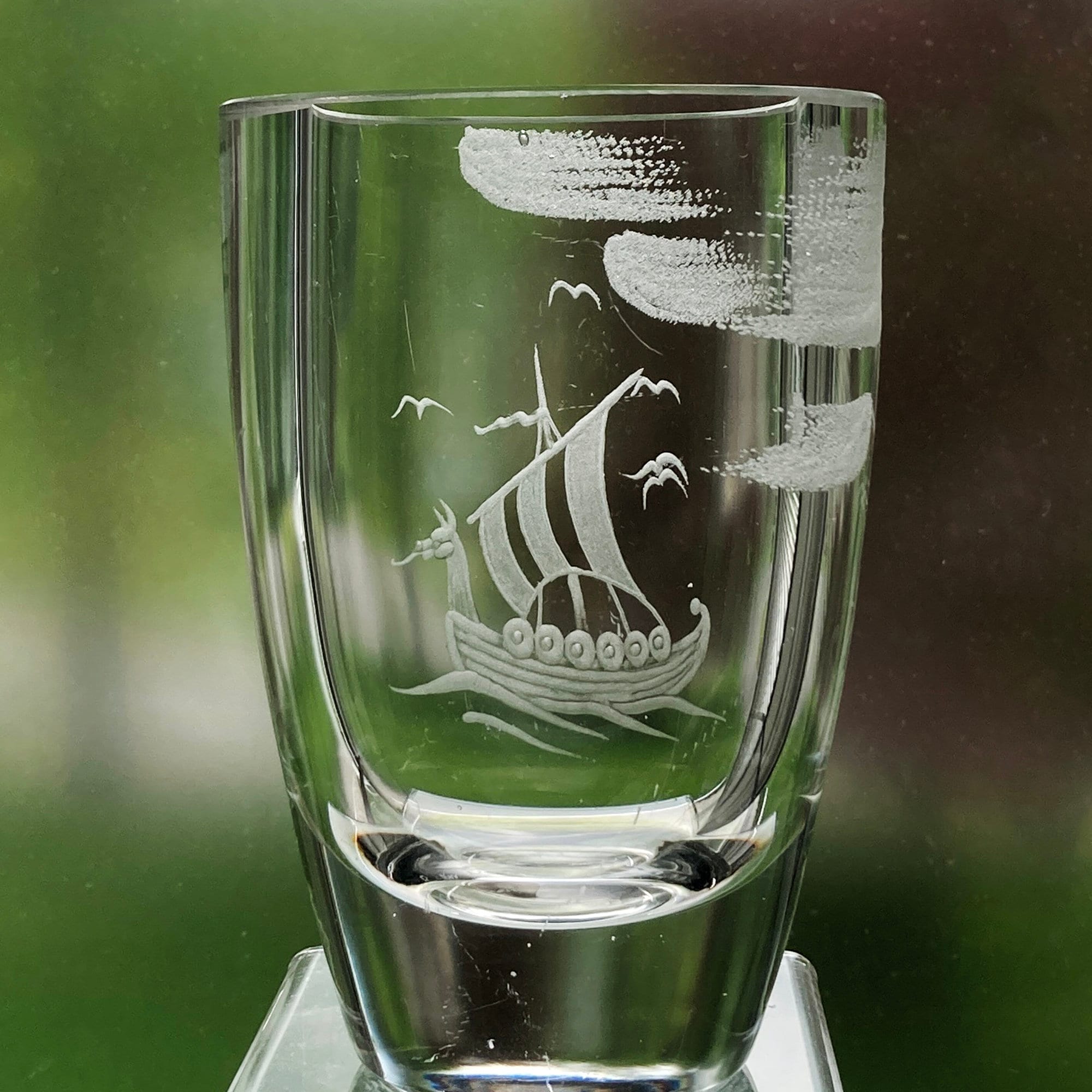 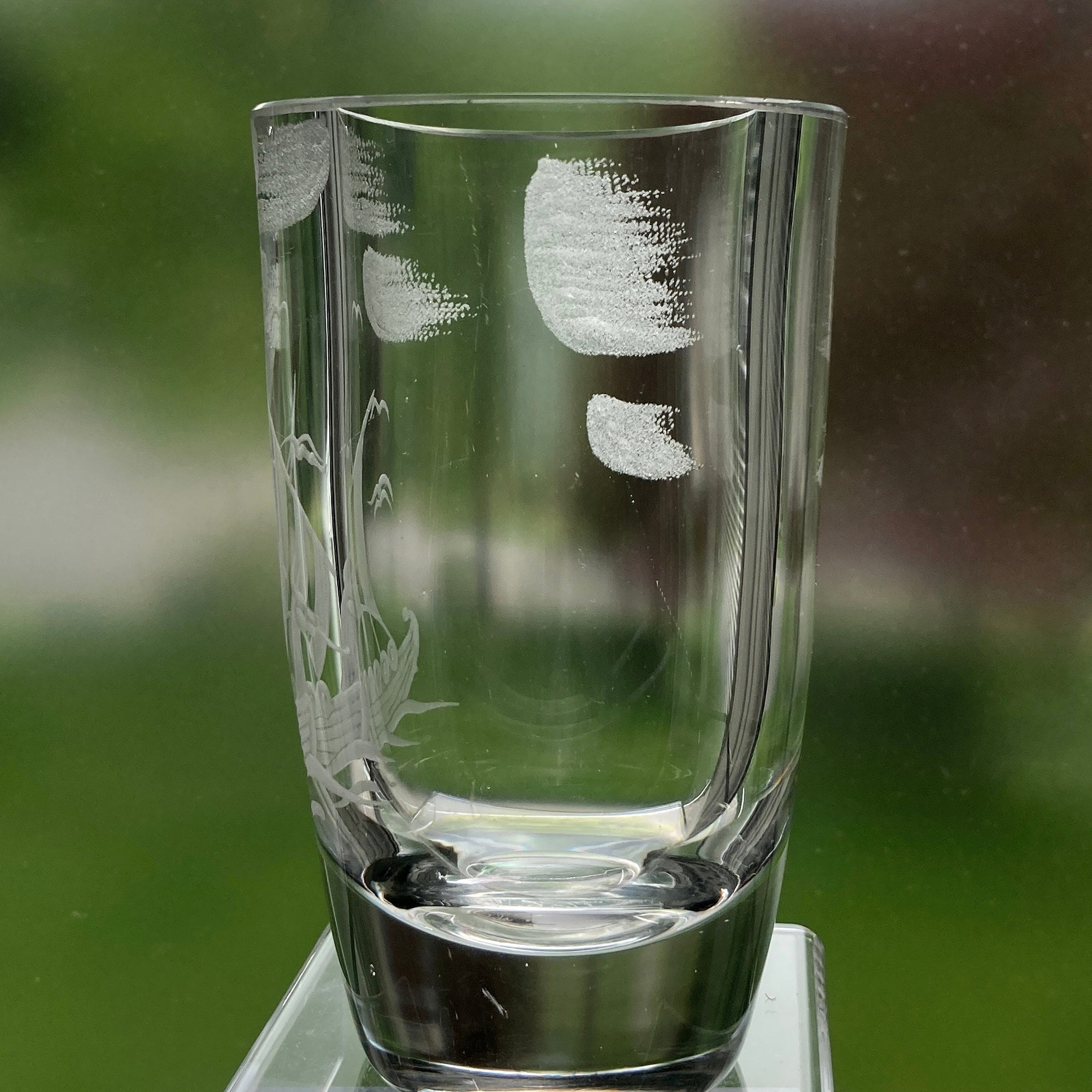 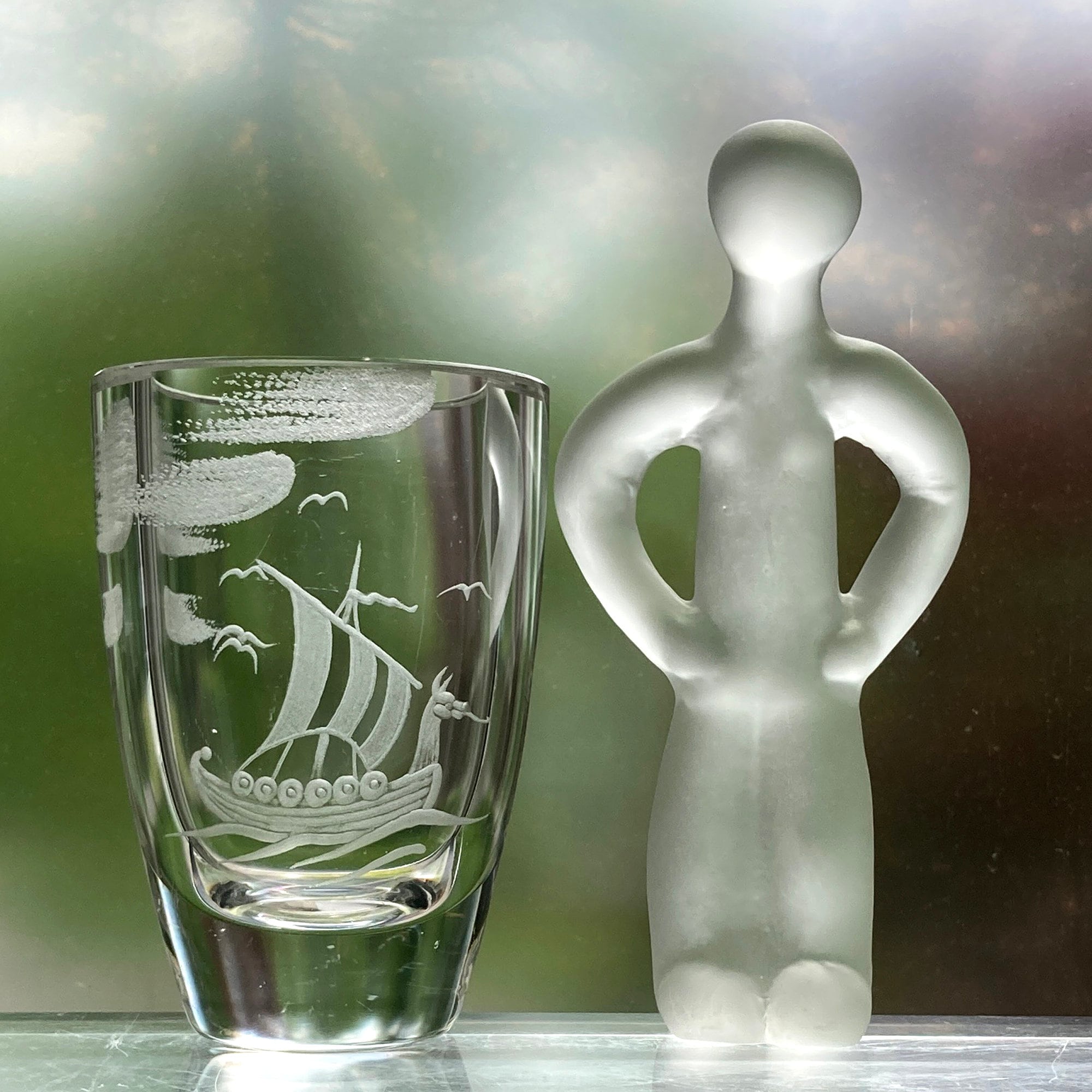 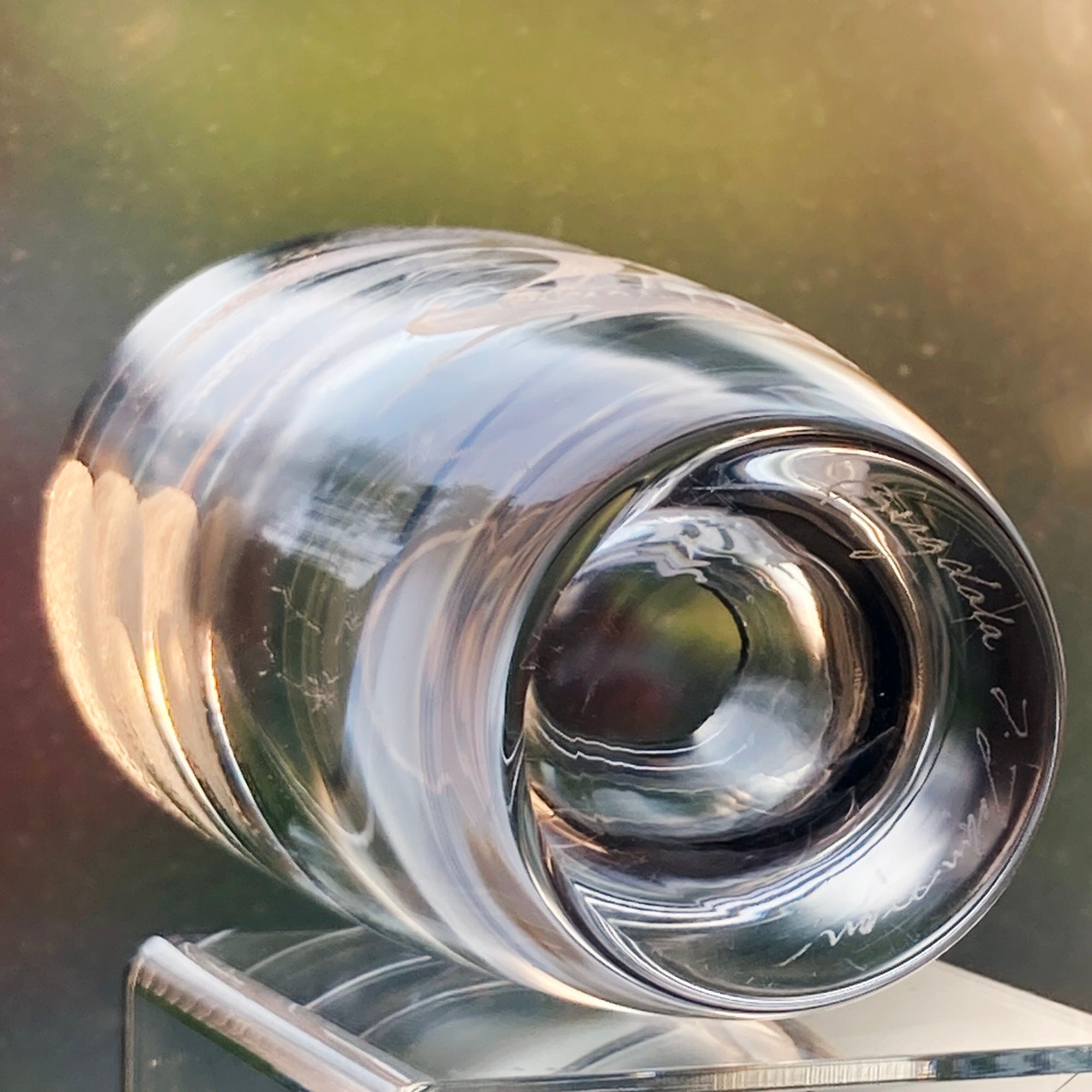 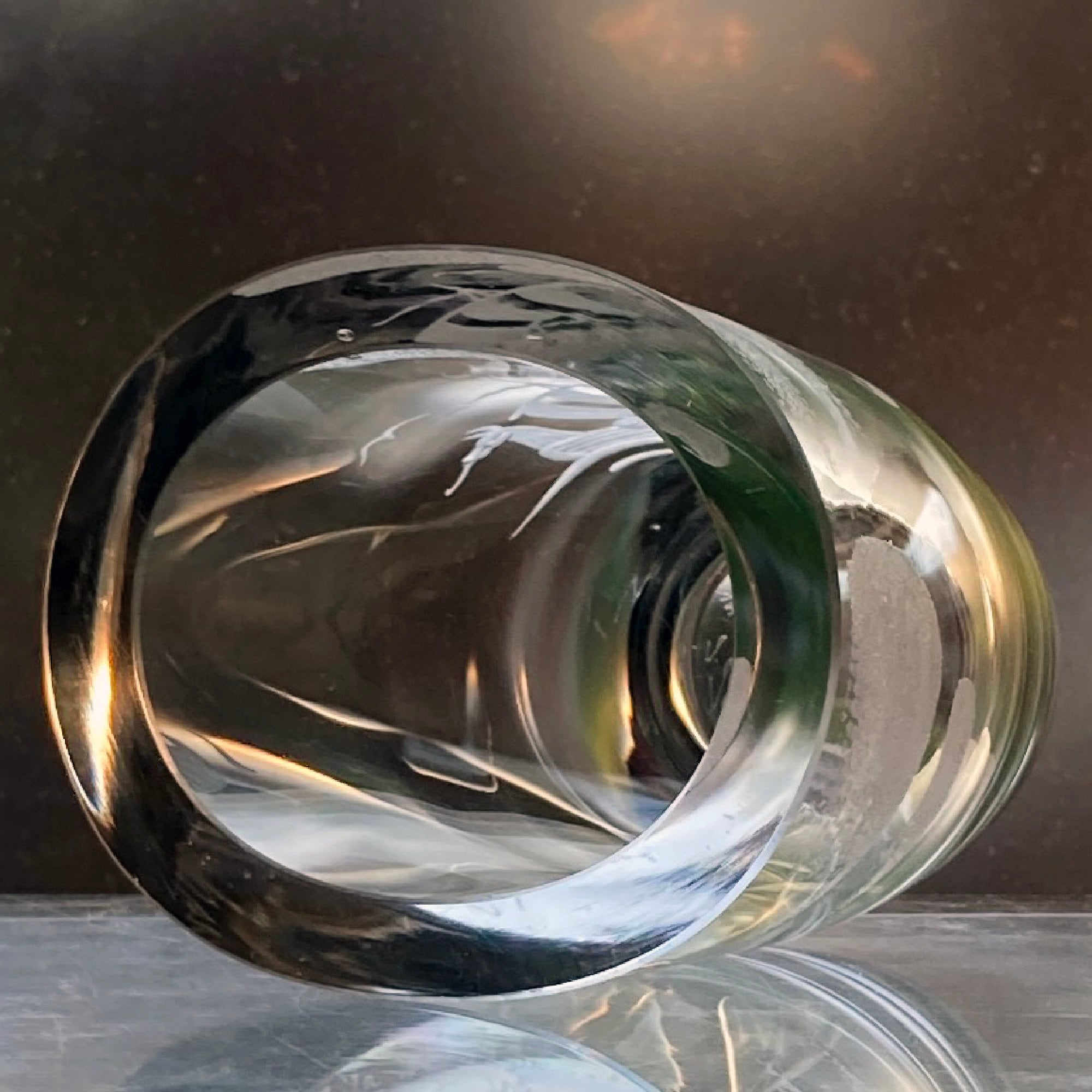 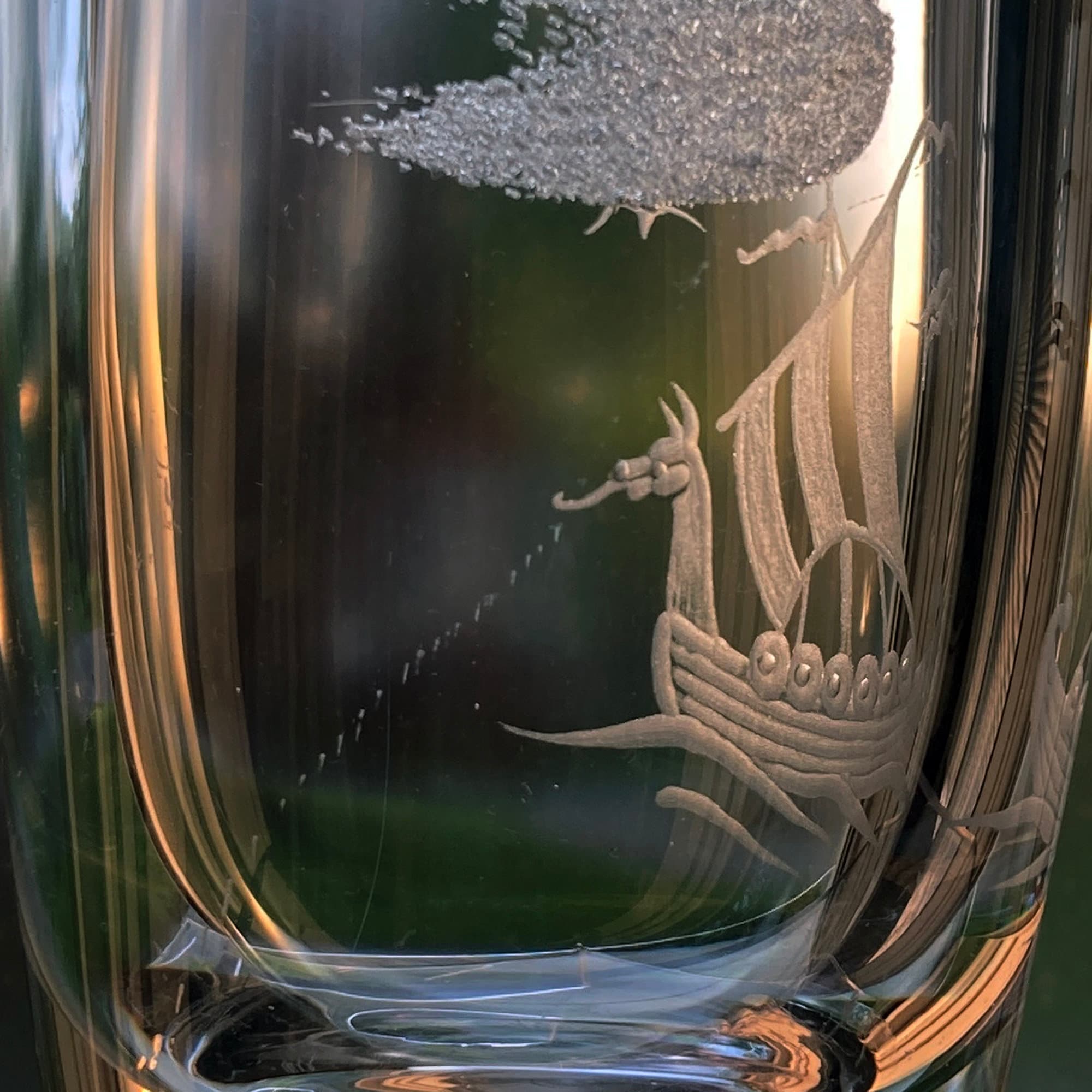 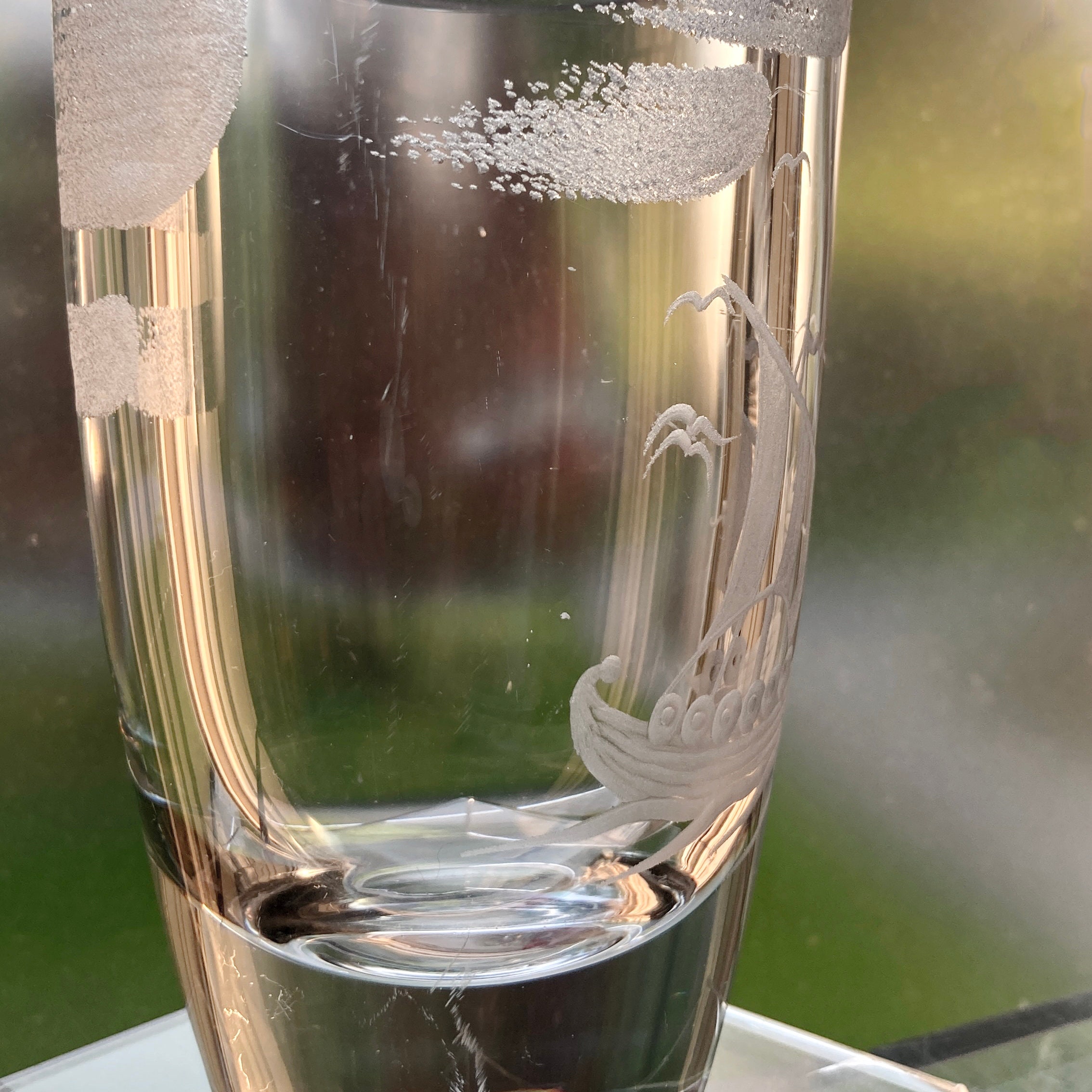 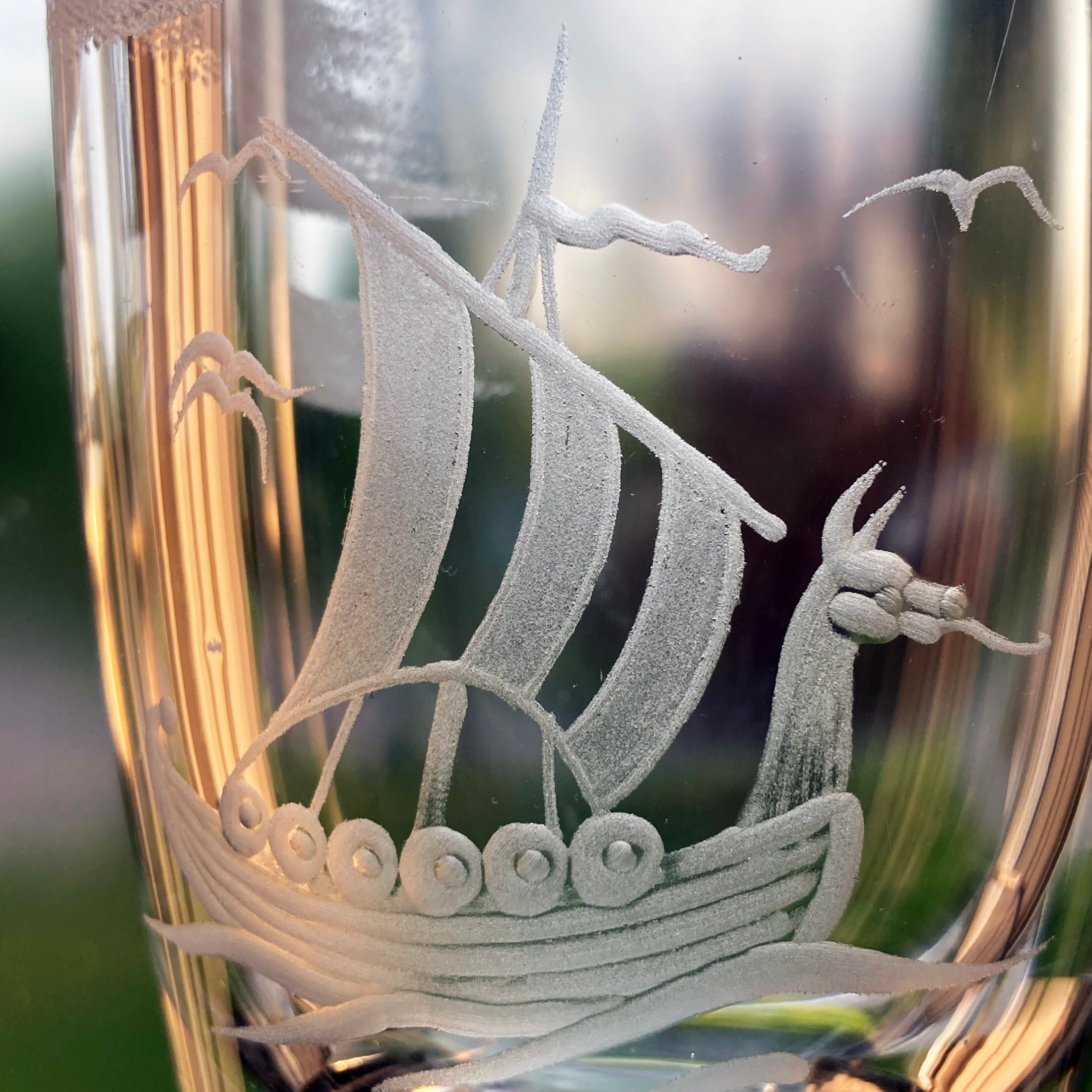 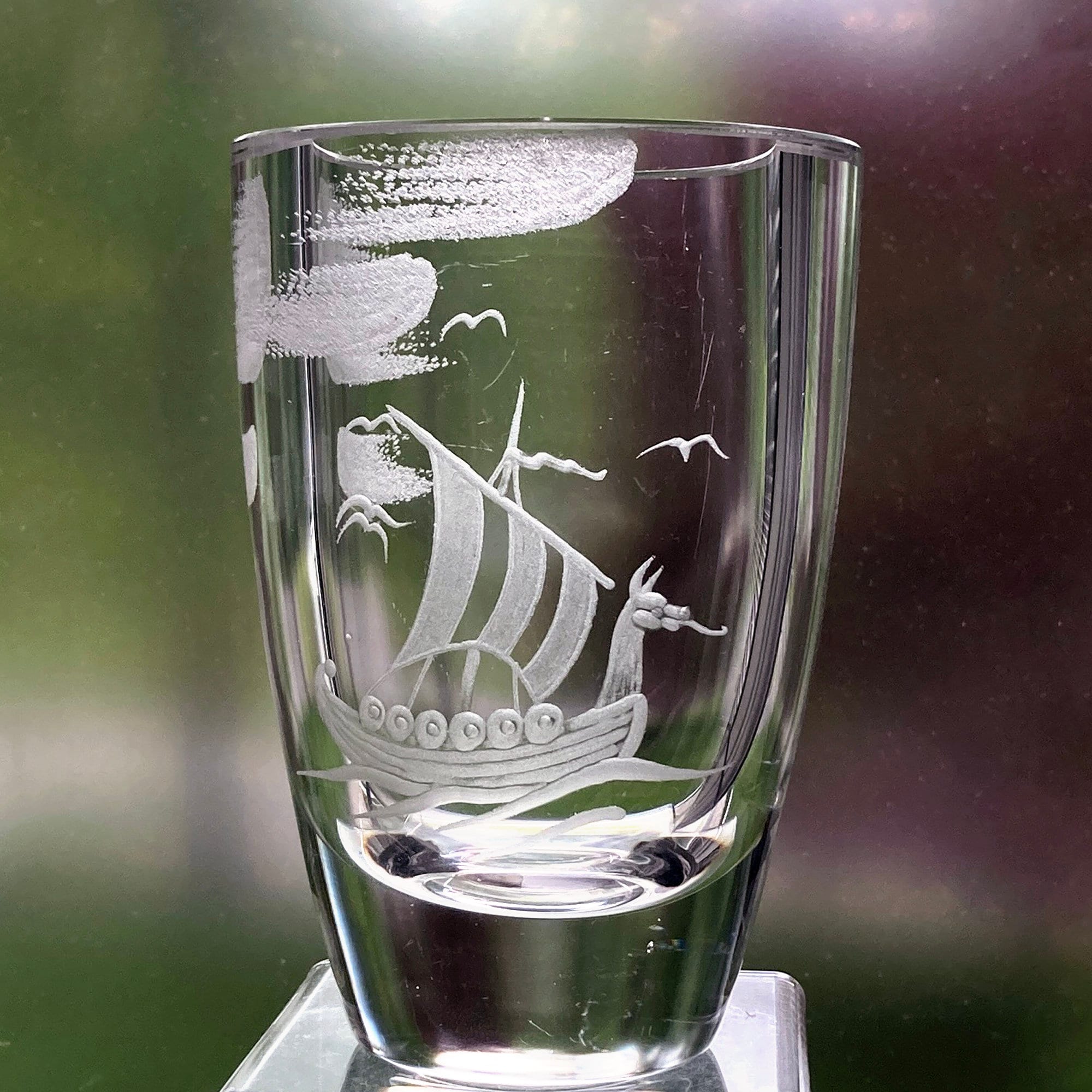 This impressive Viking ship, plying the rolling seas, under white clouds,was designed by Jim Johnsson. The scene is engraved on a Swedish art glass vase, which is a nice size for display, 3.75" wide and 5.5" high, and it weighs 2 pounds. There are quite a few small scratches, which are signs of good use for its vintage. I love the scratch that looks like dragon's breath, coming from the Viking ship's masthead. While I see scores of Bergdala trolls running about, I scarcely ever see engraved vases from them.

You can read about Jim Johnsson's prolific career here: lexikonettamanda.se/show.php?aid=17212

Here is the Bergdala story, as charmingly told on the website, bergdala-by.com/once-upon-a-time-eng.

Once upon a time, there was a man who wanted to start a glasswork. So this man acquired a bit of land in the deep forests of Småland where the age-old tradition of ironmaking had made people skilled in furnaces and in high-temperature processes. Fuel was abundant, and since more than a century glassmaking had been a upcoming trade in the area.

The man was ambitious and aimed for the export market - America!! The piece of land that he had acquired from the "Horse Gulch" farm was named "The starving sheep meadow." So there was a marketing problem, because he thought the Americans would not buy the glass from "Starving Sheep Glassworks". The man looked around - as well as he could given all the trees - and he saw hills, valleys and forests. As he saw this it struck his mind that "Mountain-valley" could be a good marketing name.