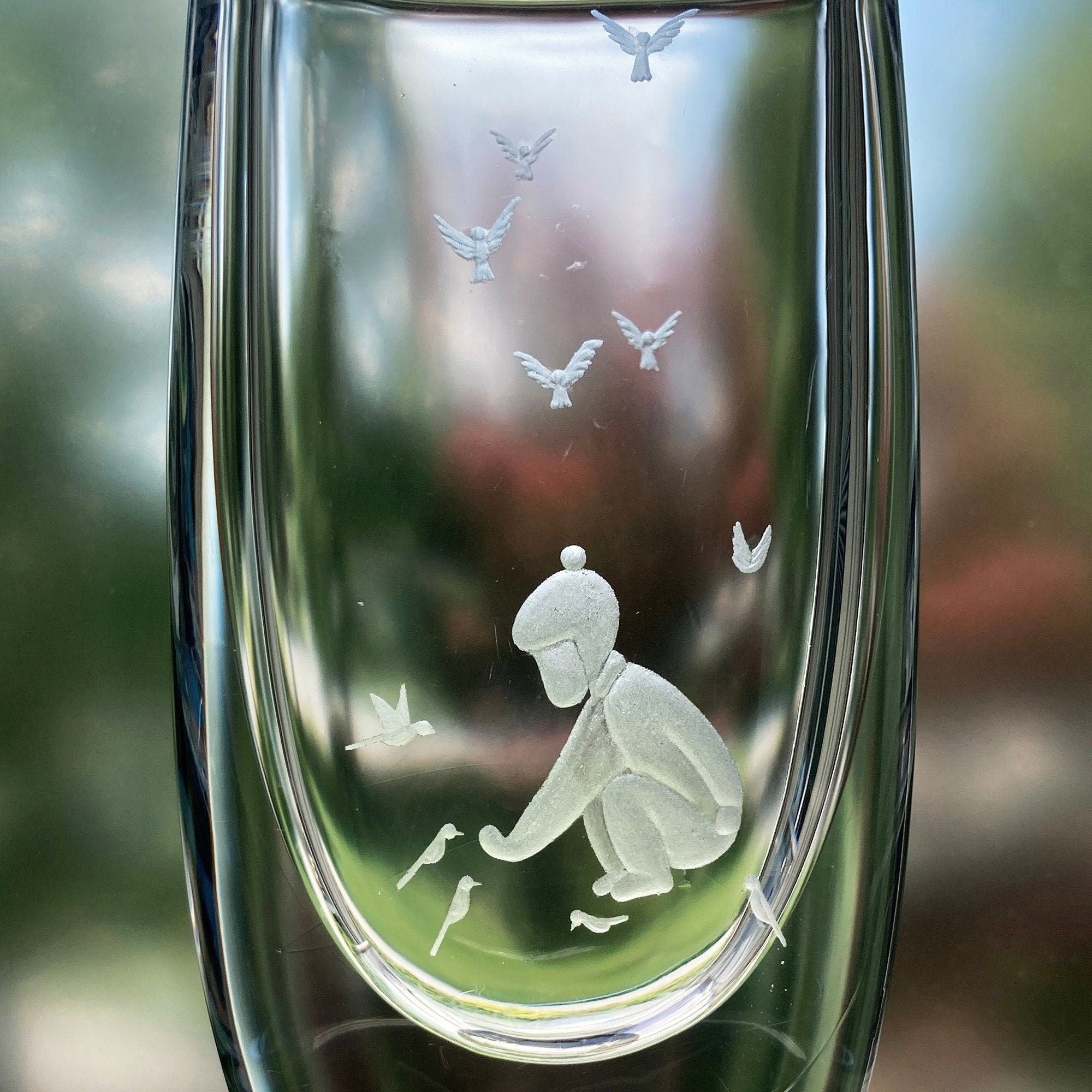 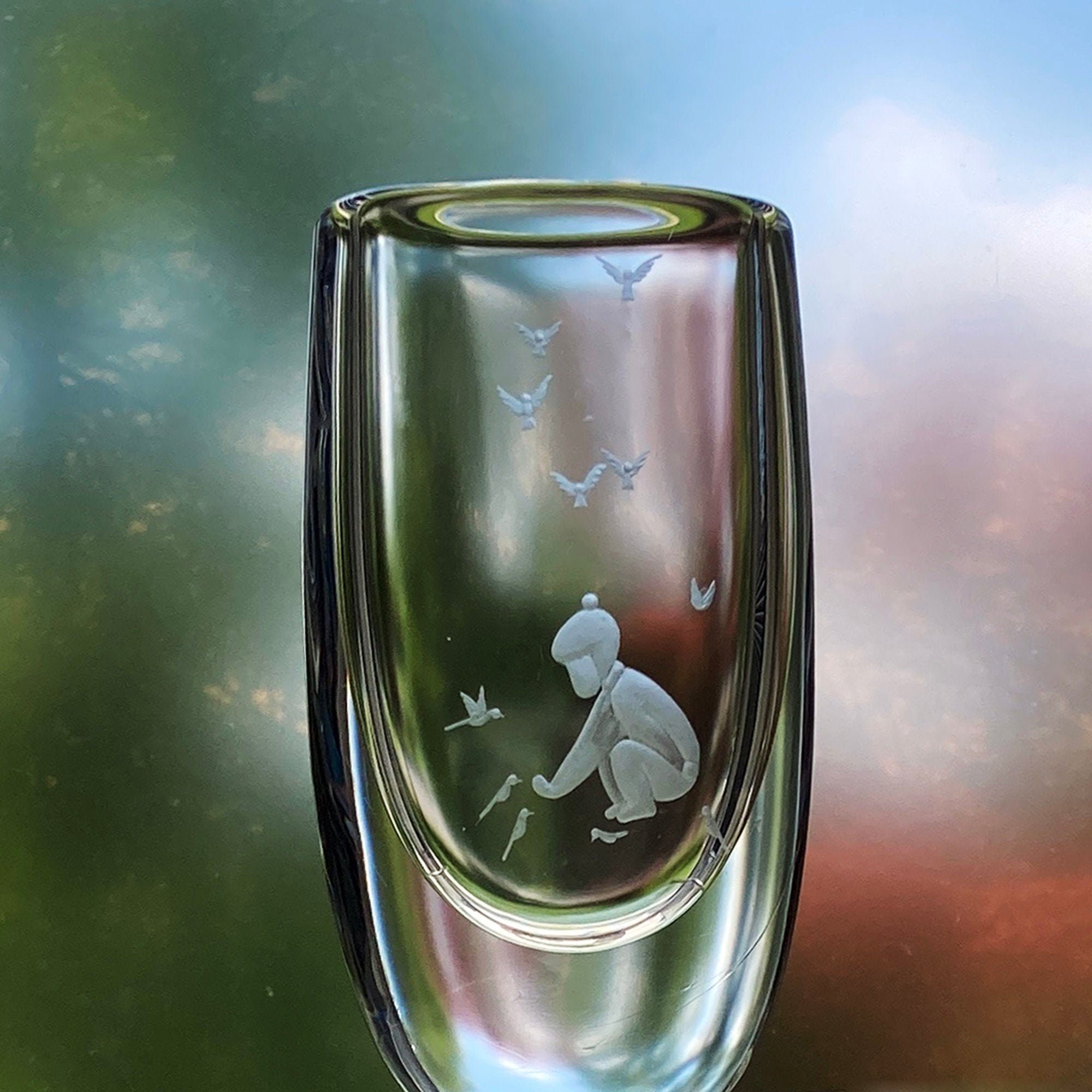 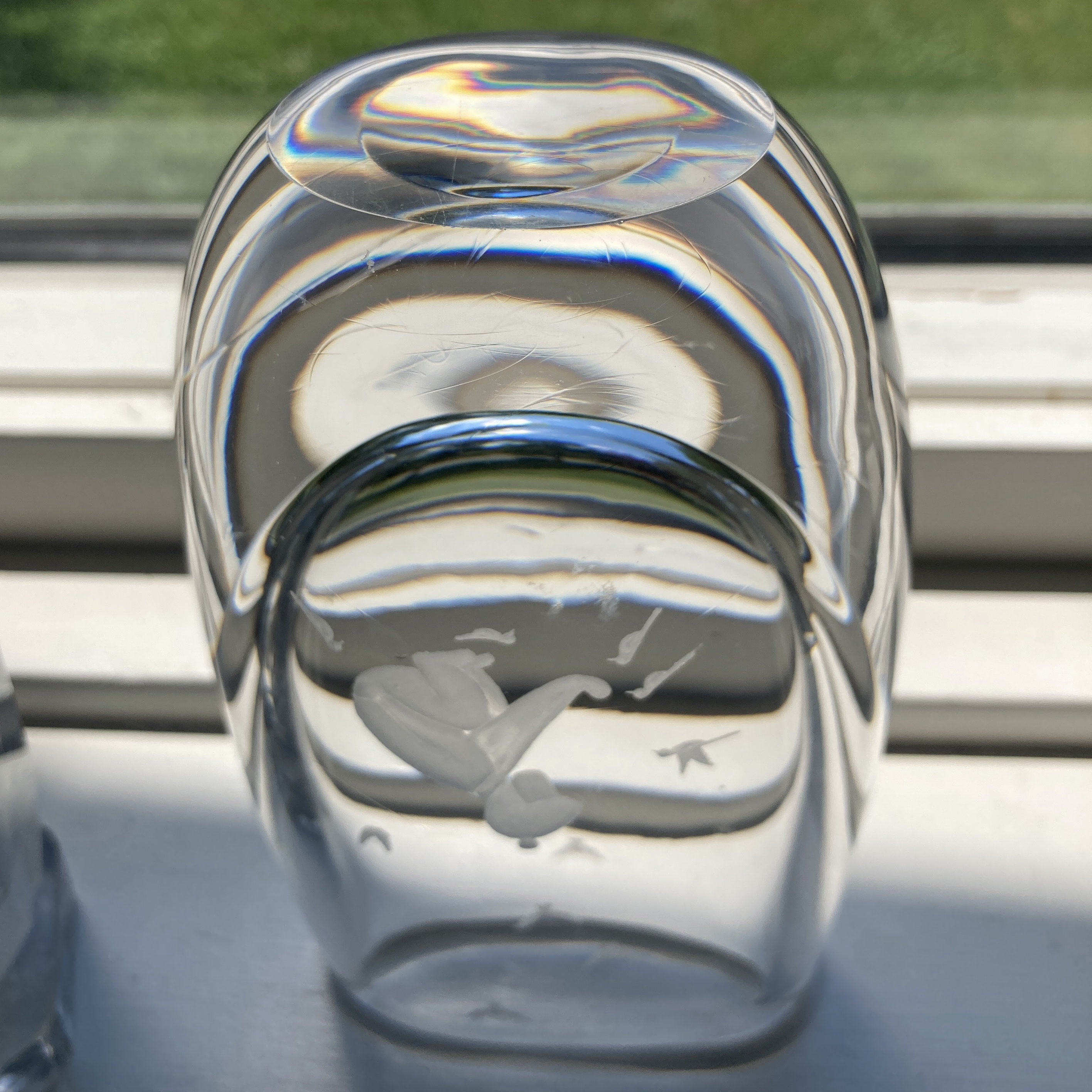 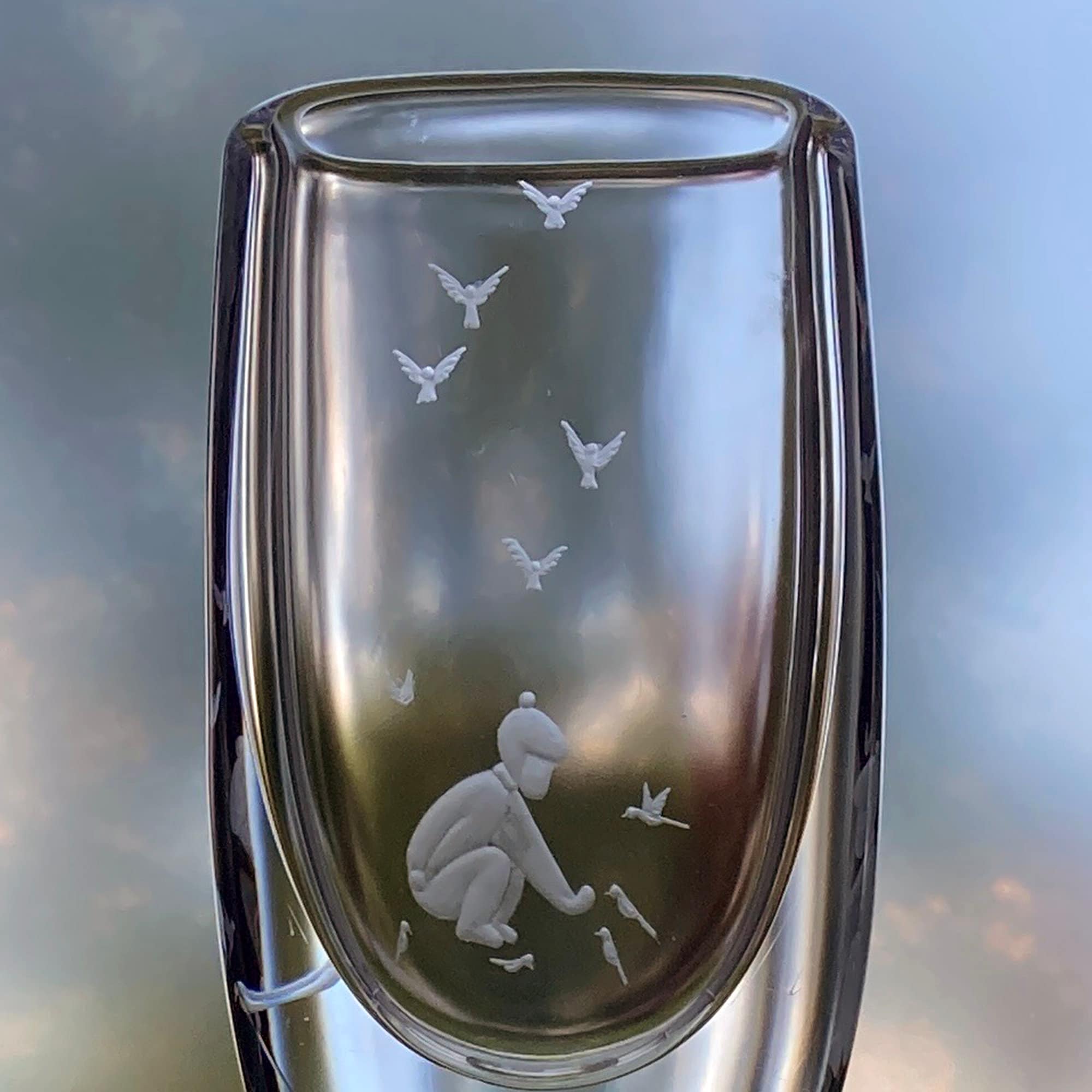 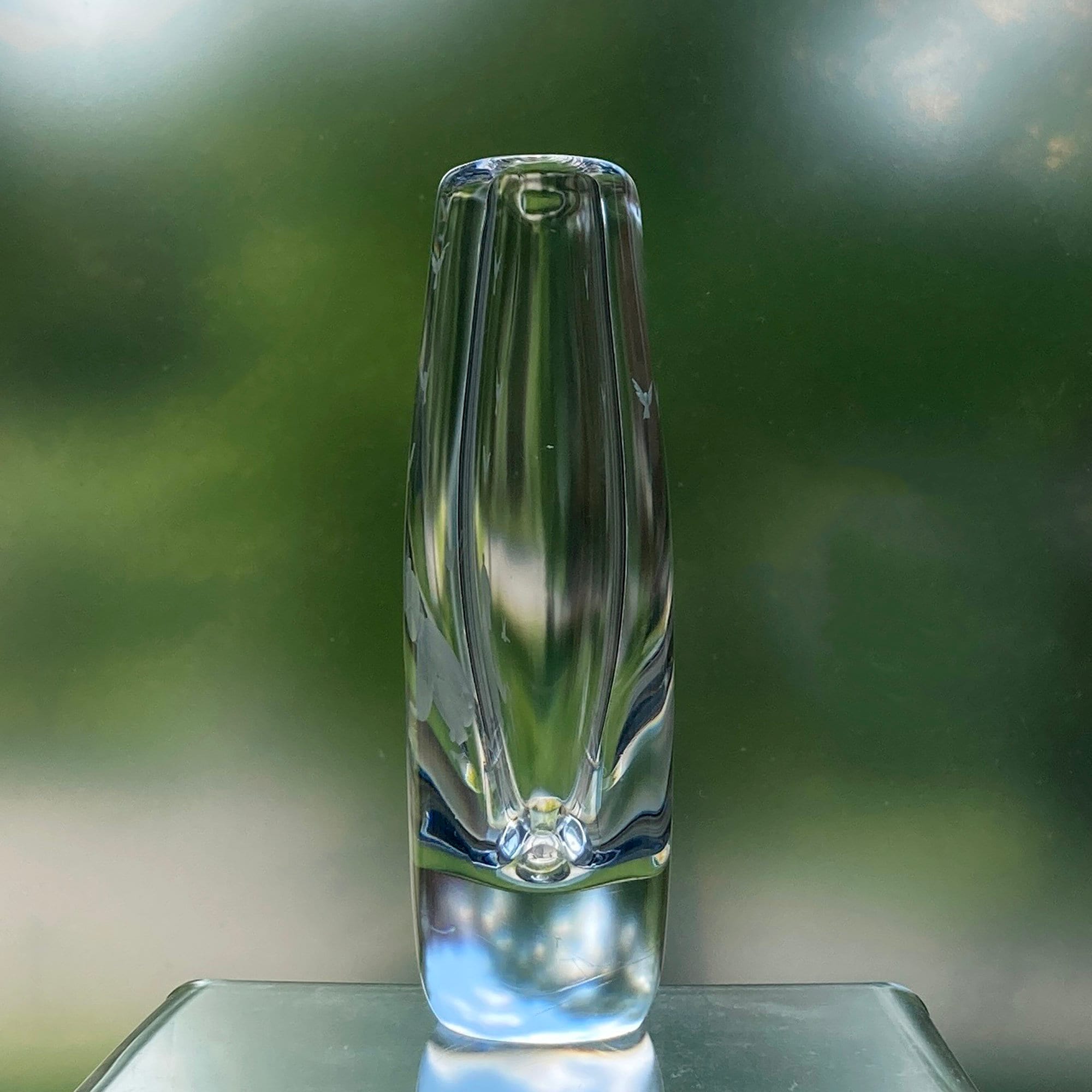 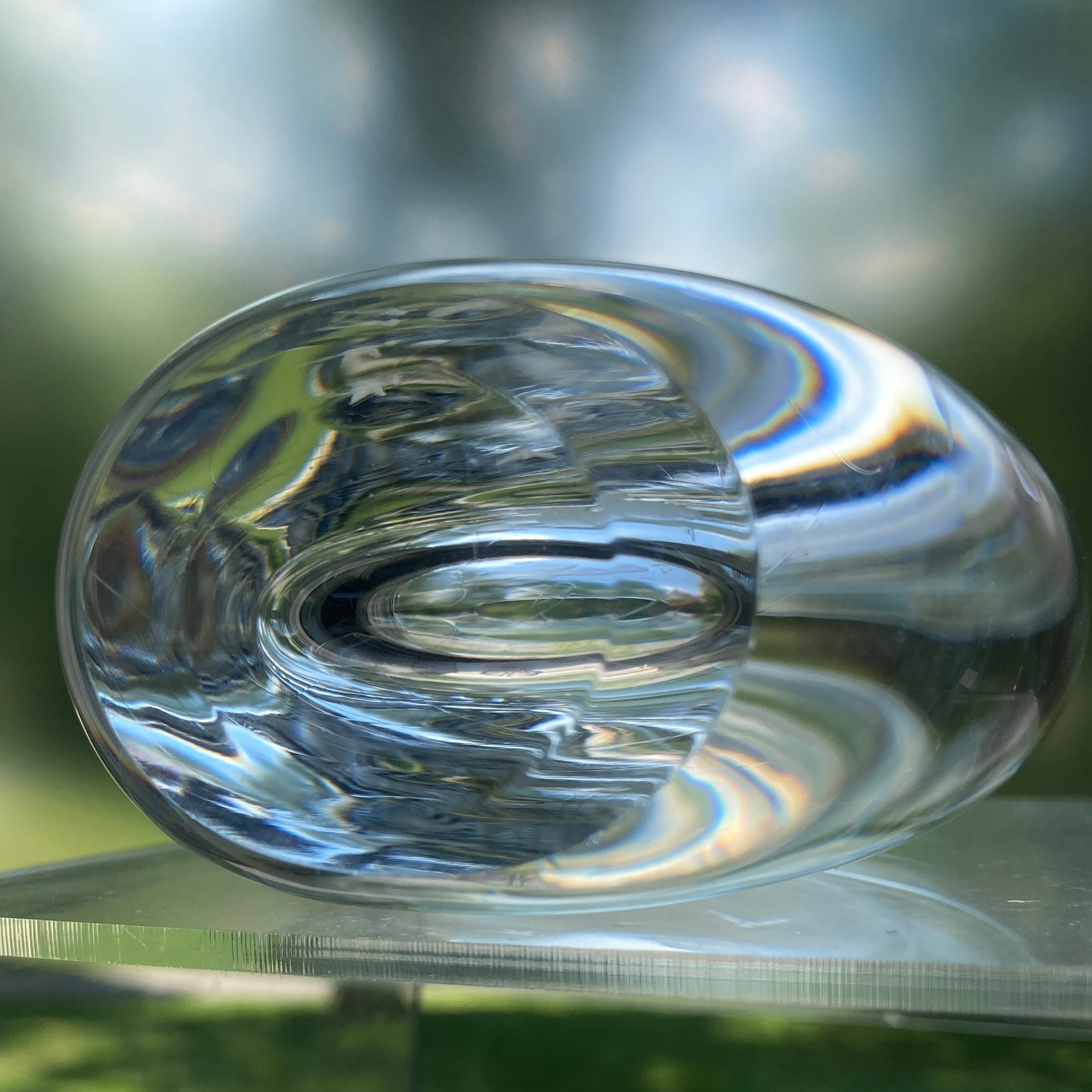 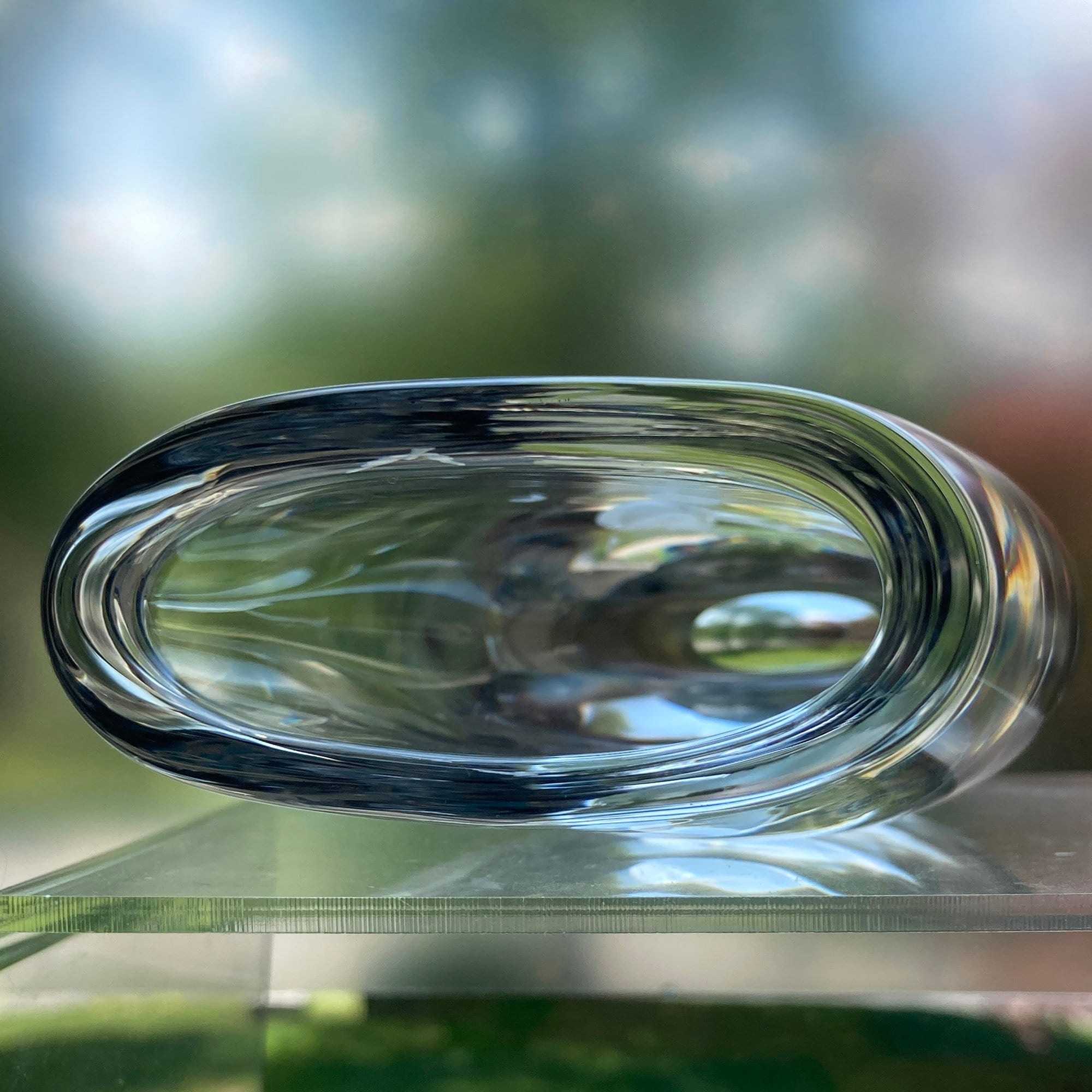 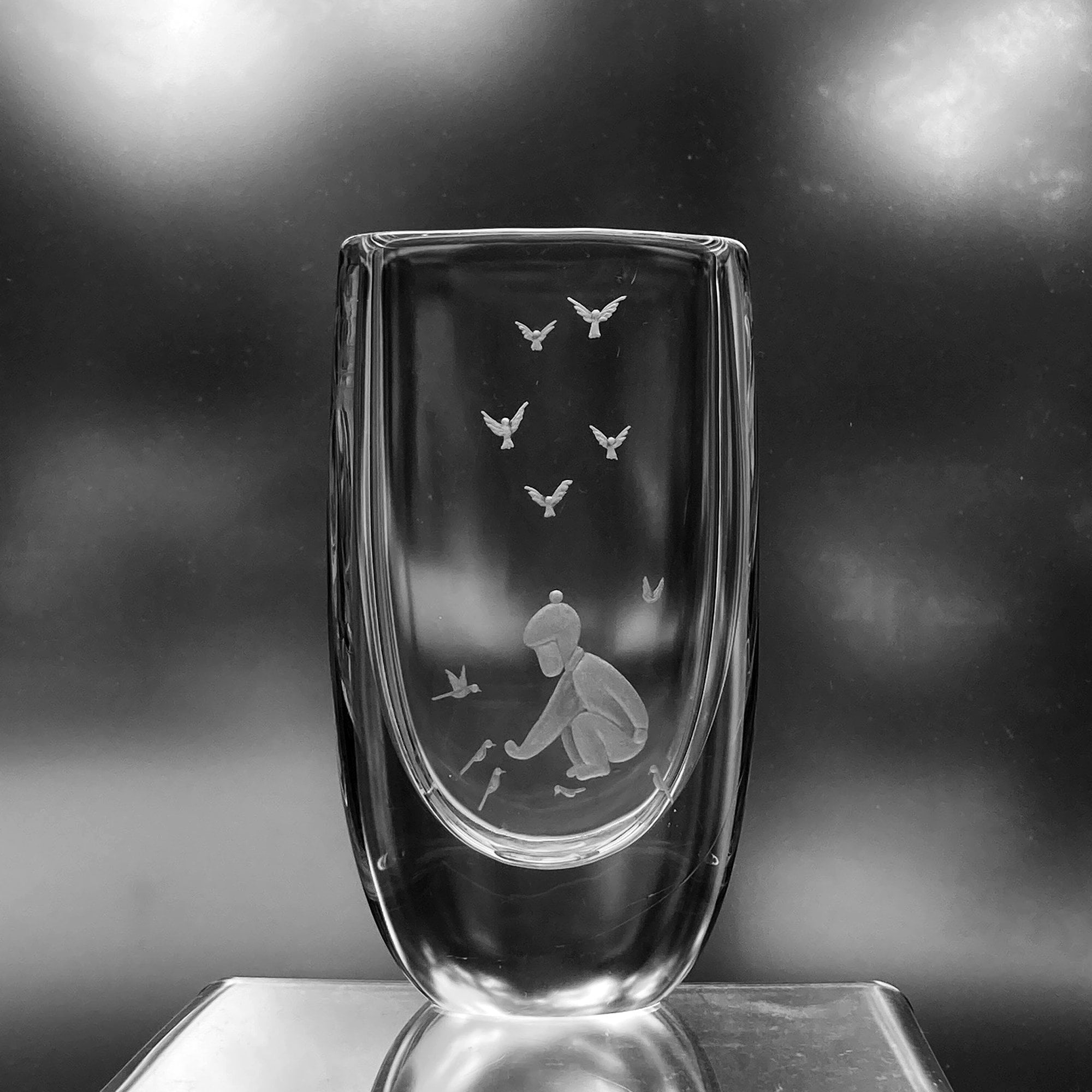 A charming little child, warm in a coat and beanie, is leaning down to feed the birds on this Swedish art glass vase from Kosta. The vase is a perfect size for display, 6 inches tall, and weighing more than 2 pounds. I love the heft of this piece - the freeform, hand blown glass feels solid and looks substantial.