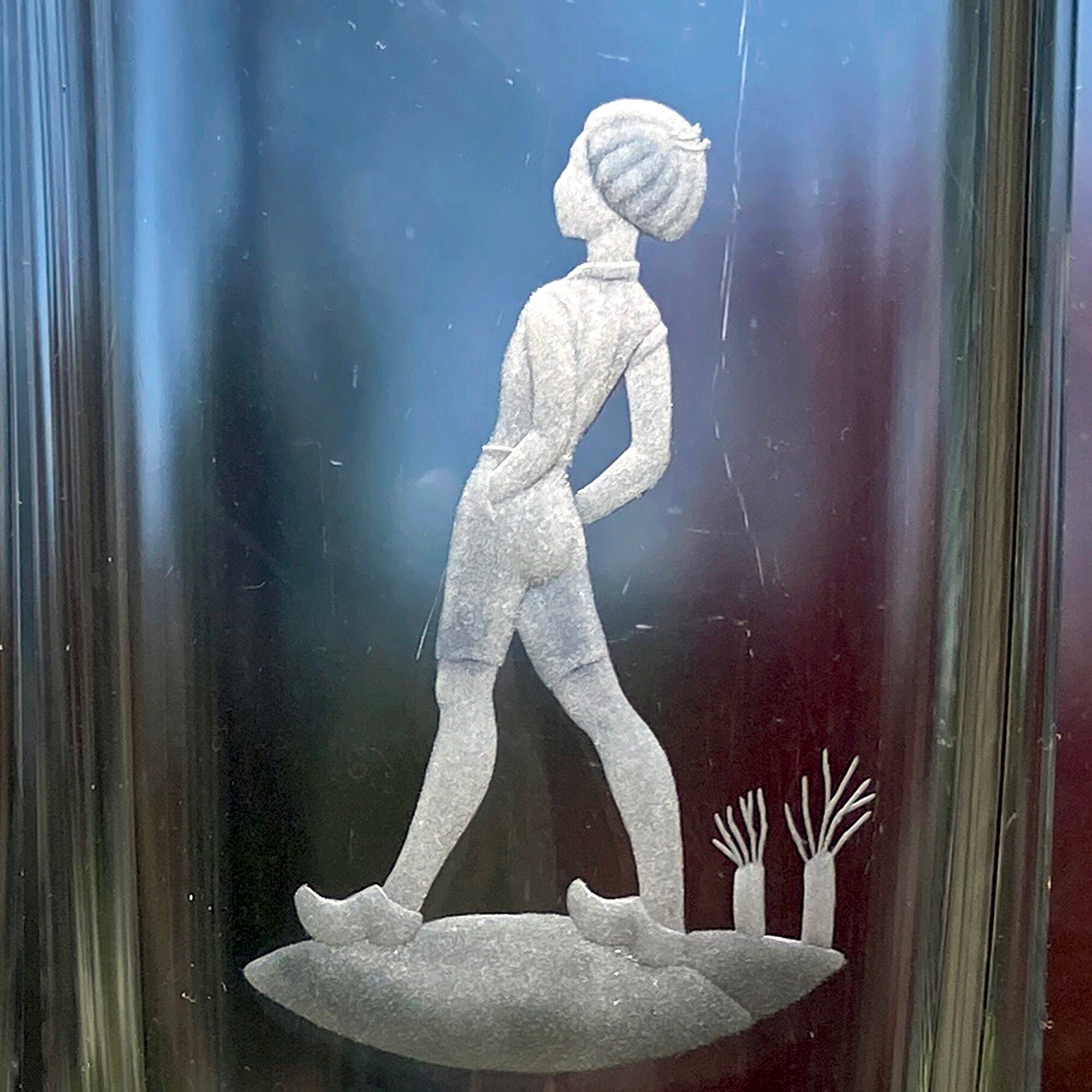 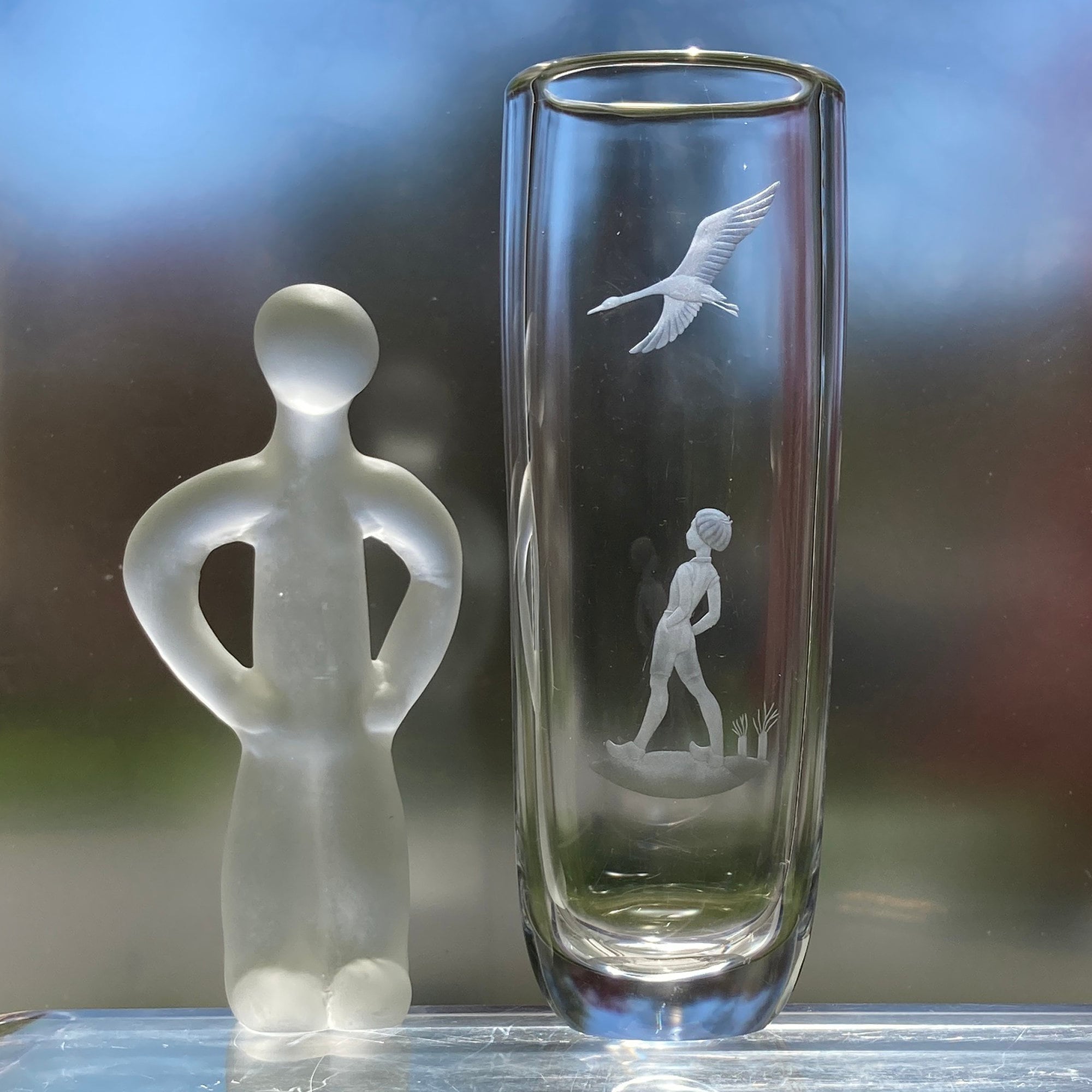 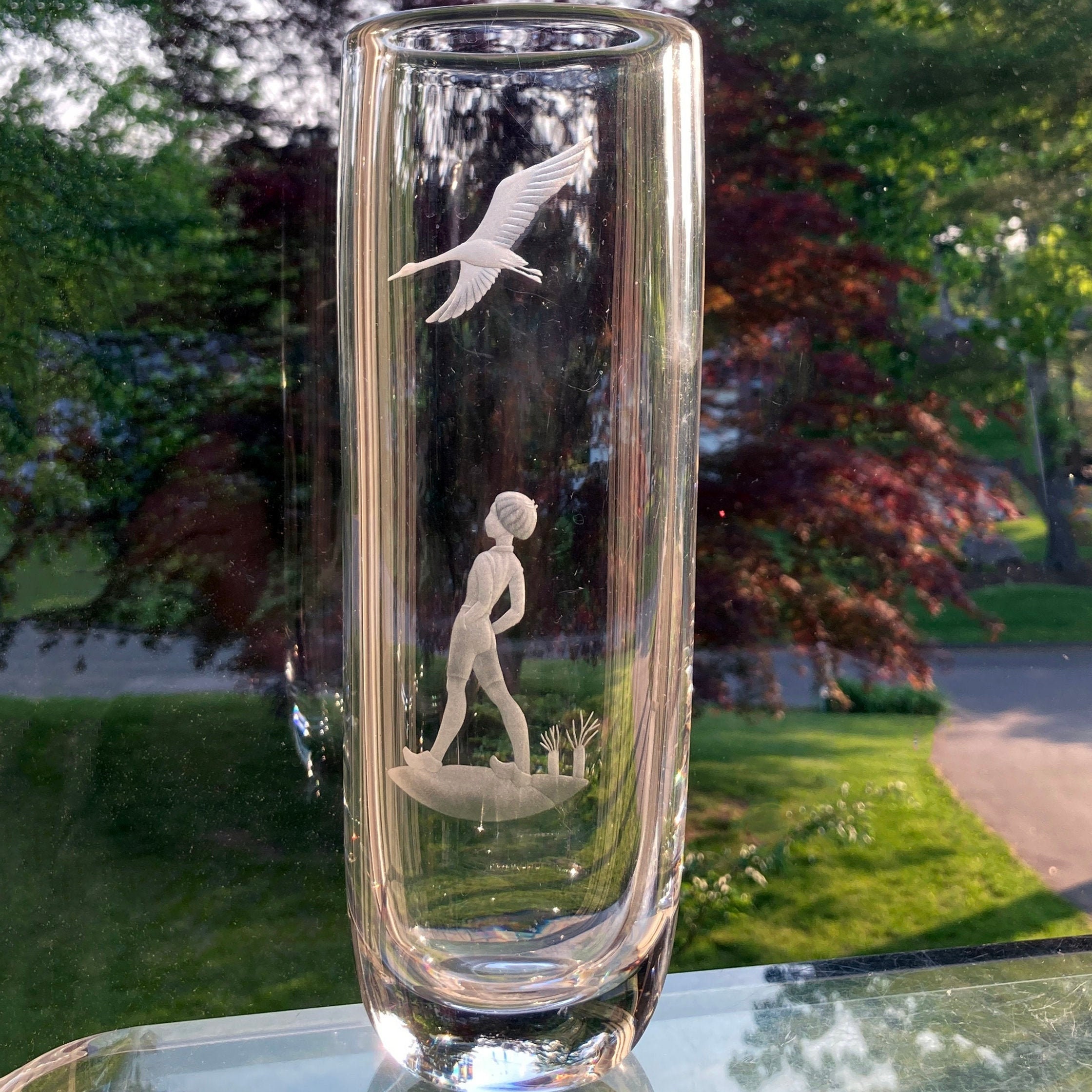 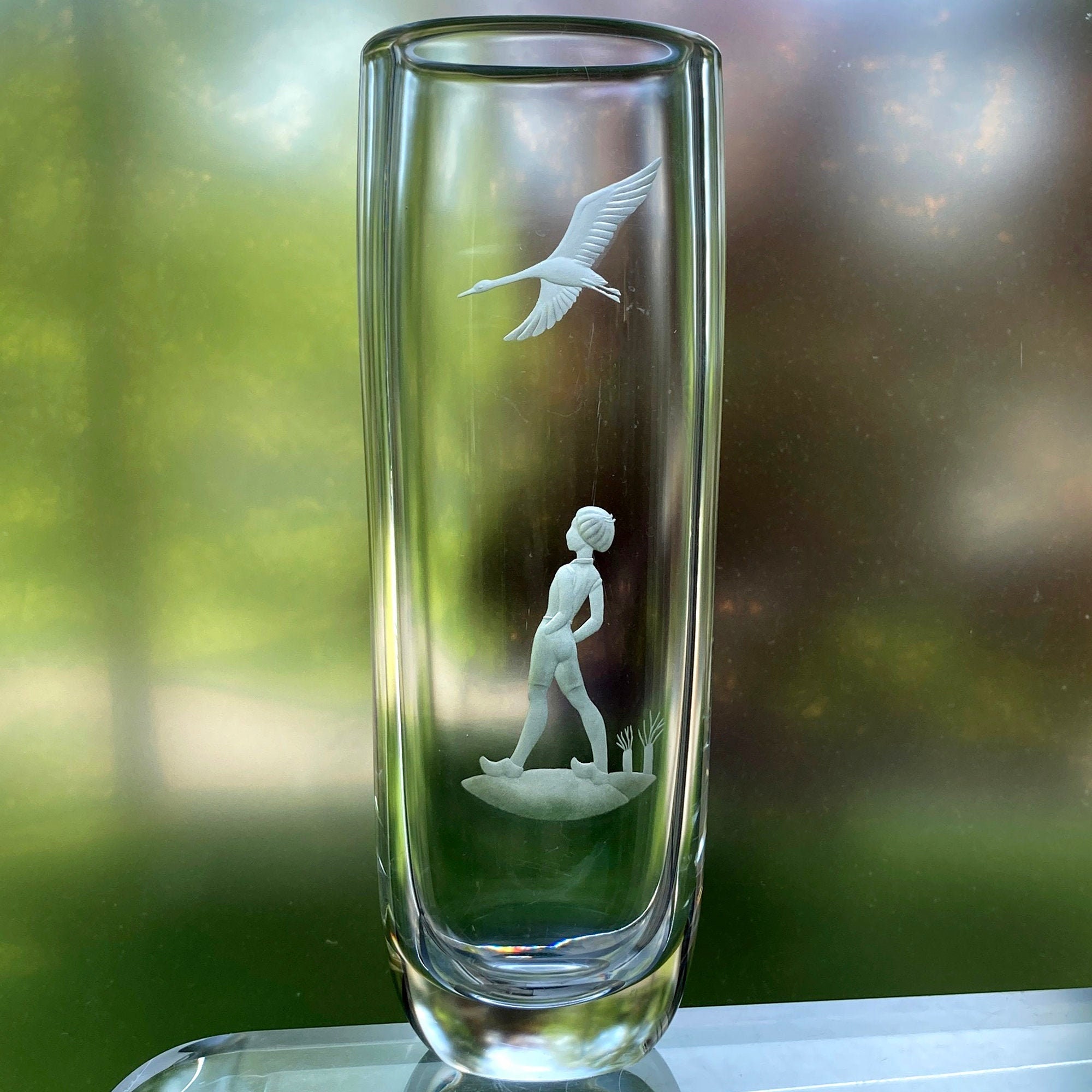 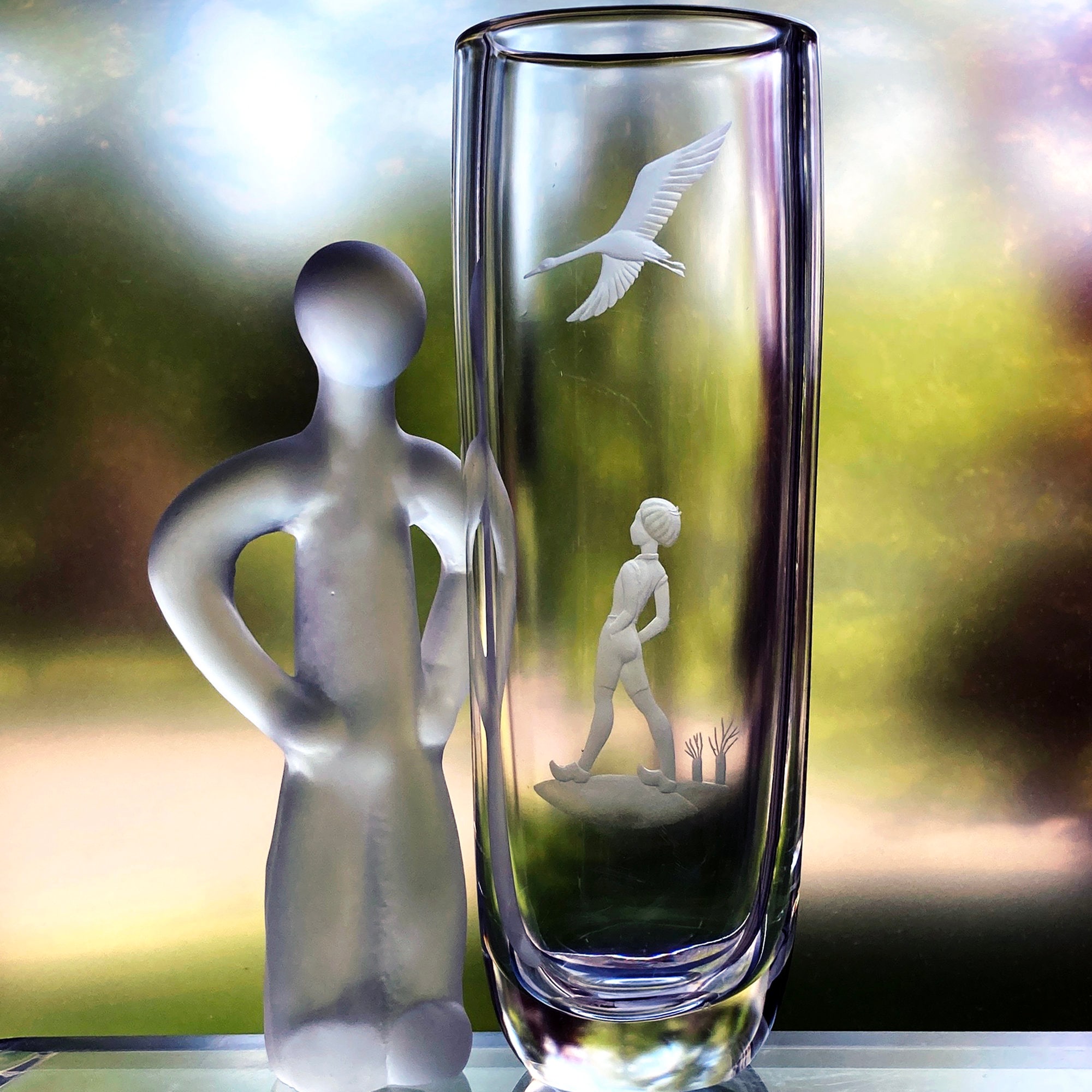 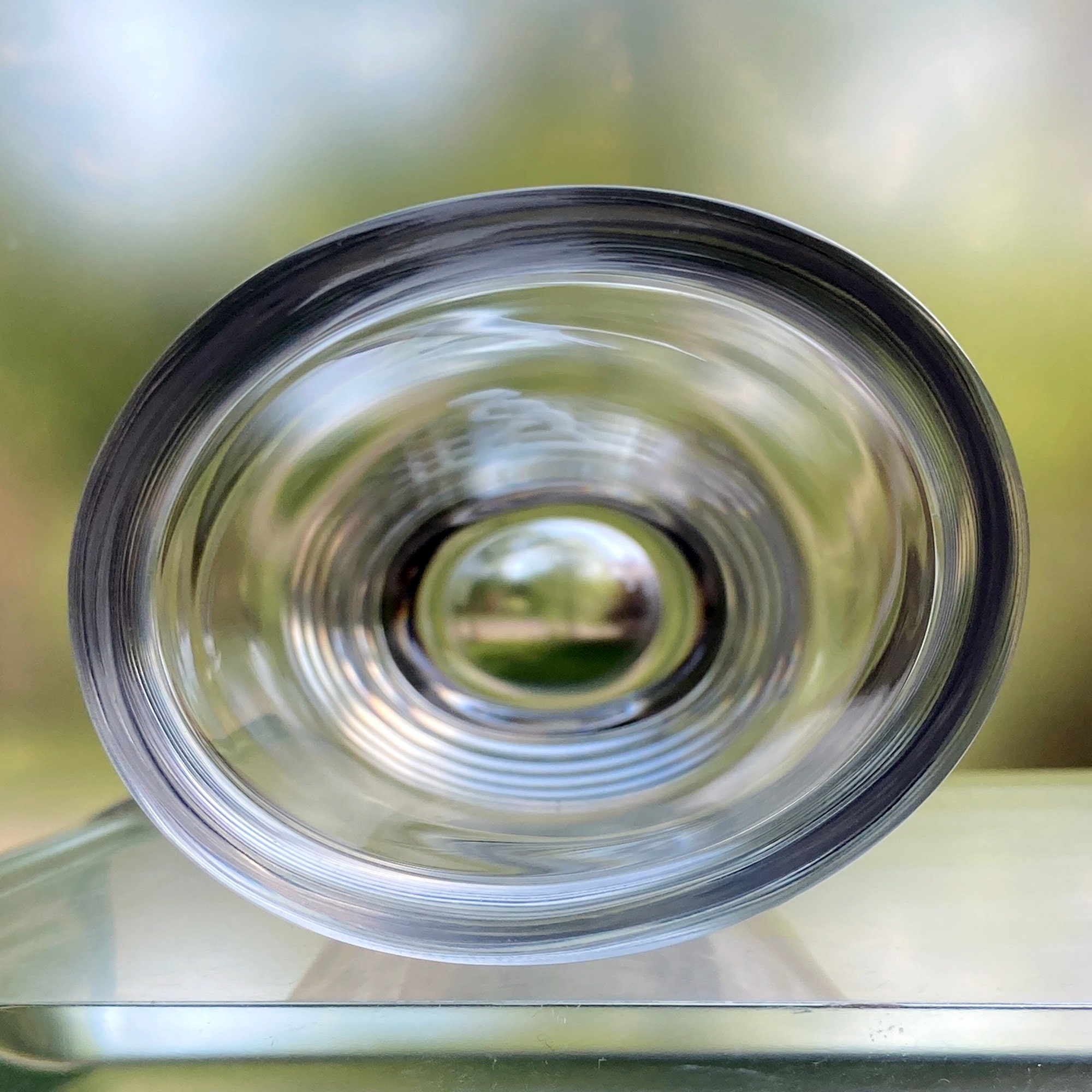 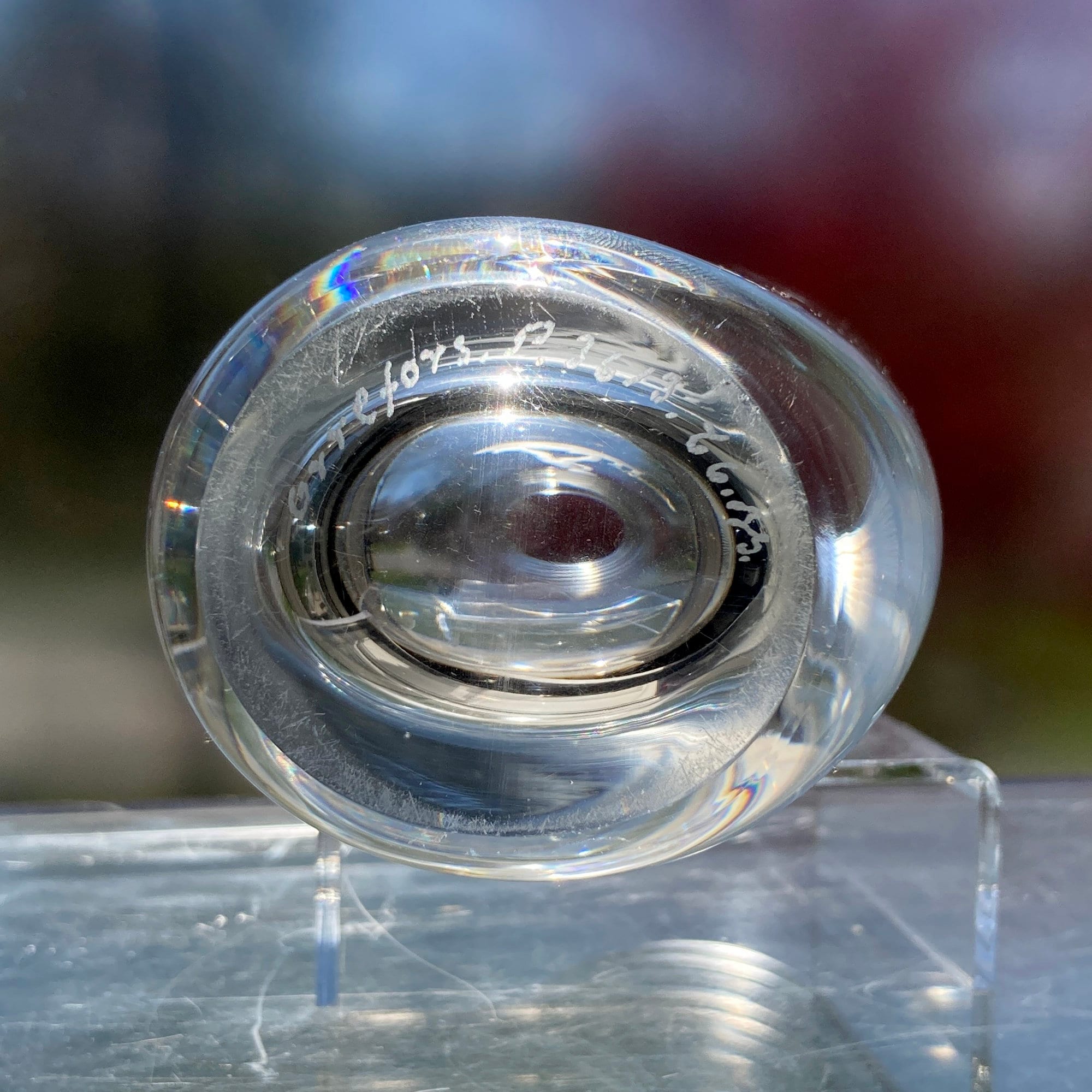 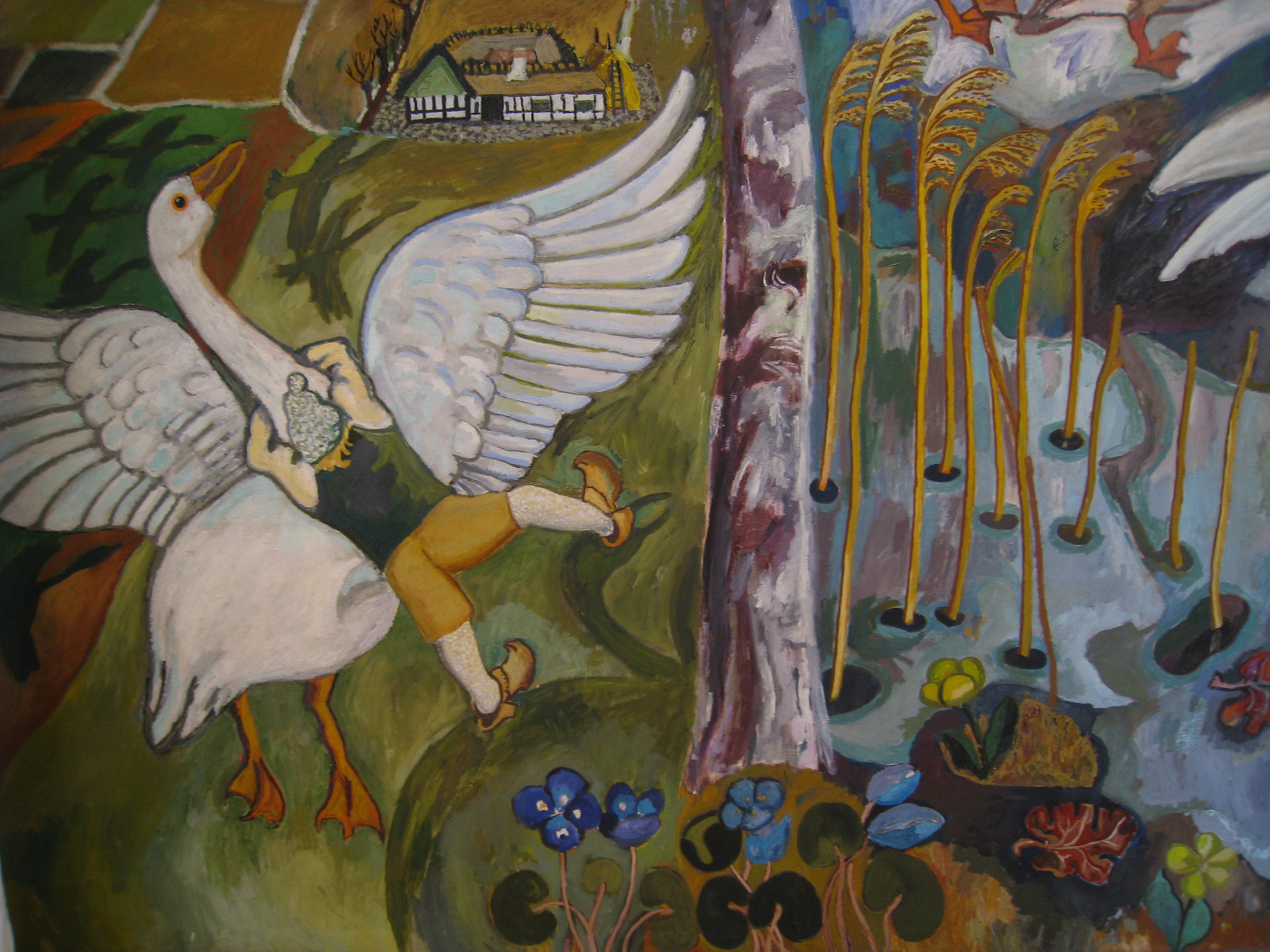 Extraordinary Swedish glass artist, Sven Palmqvist designed this charming vase in the 1950s. The tall, oval form is decorated with the much-loved title character from, The Wonderful Adventures of Nils, a work of fiction by the Swedish writer Selma Lagerlöf. The story was originally published in two books, 1906 and 1907, and was first published in English as The Wonderful Adventures of Nils in 1907 and Further Adventures of Nils in 1911. As an interesting side-note, I've included the detail of a 1935 painting of Nils, by Sven Erixson, in my photos.

This is a tall vase, about 8" tall and 3" across the rim. The lead crystal makes the vase rather heavy; it weighs three pounds. There are many scratches on the piece, but otherwise it's in very good condition. (Price reflects condition.) The design code 3613 tells me it was designed in 1956, and the date code C6 means that this particular piece was made in 1958. The stylized initials A-S refer to the engraver, Anders Svensson, who worked at Orrefors from 1939-1981.

Orrefors employed master artists and craftsmen, like Palmqvist and Rosenstam, many of whom worked their whole careers of 40, 50, or more years with the company. Sven Palmqvist (1906-1984) was born in the glass district of southern Sweden and started his career with Orrefors in 1928, where he remained until 1972. In those years, he designed hundreds of engraved glass motifs. According to his daughter, to whom I am connected through an online glass group, he had a particular fondness for portraying people and animals. Palmqvist is known not only for his graceful and functional designs, but he is also known for his innovative techniques in glass production.