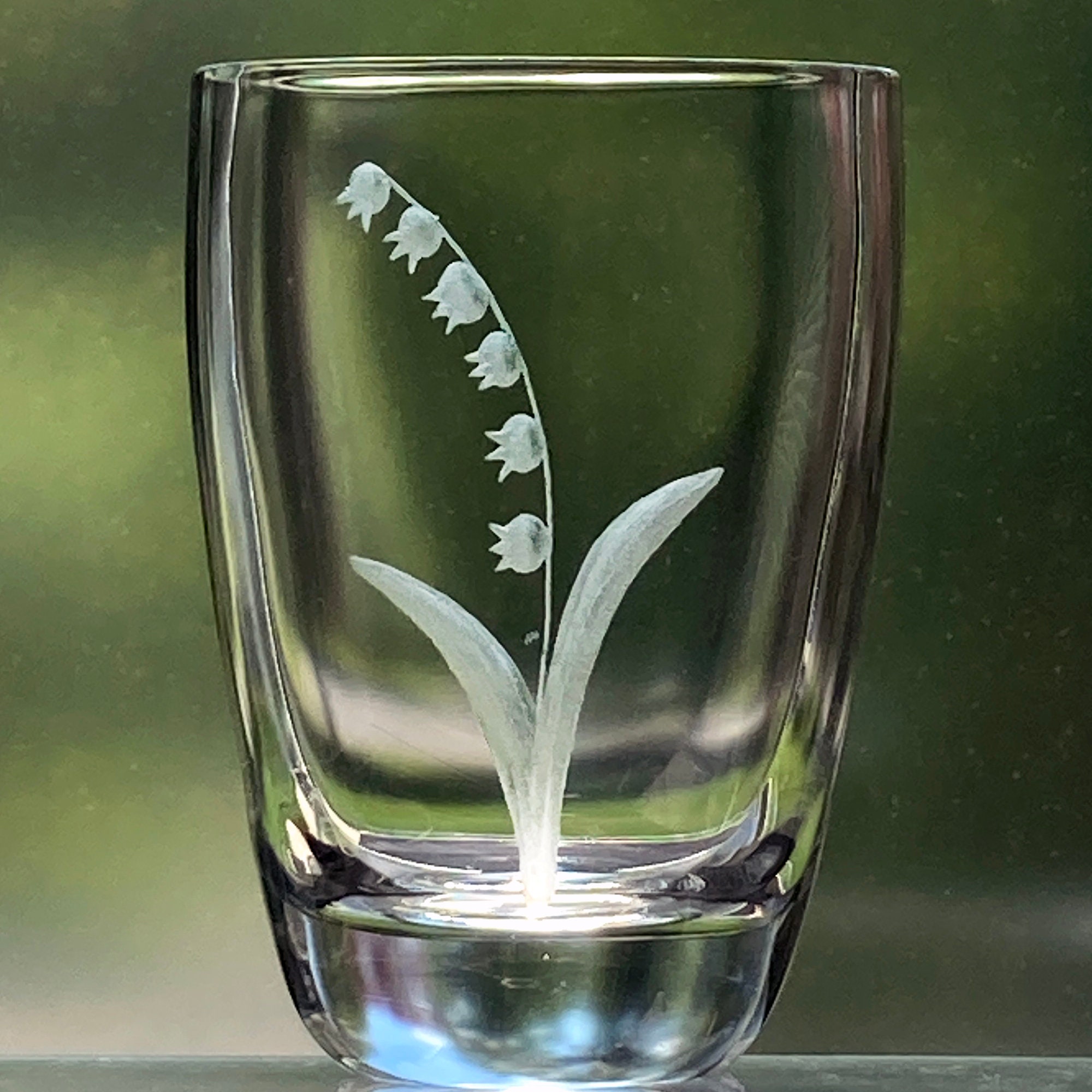 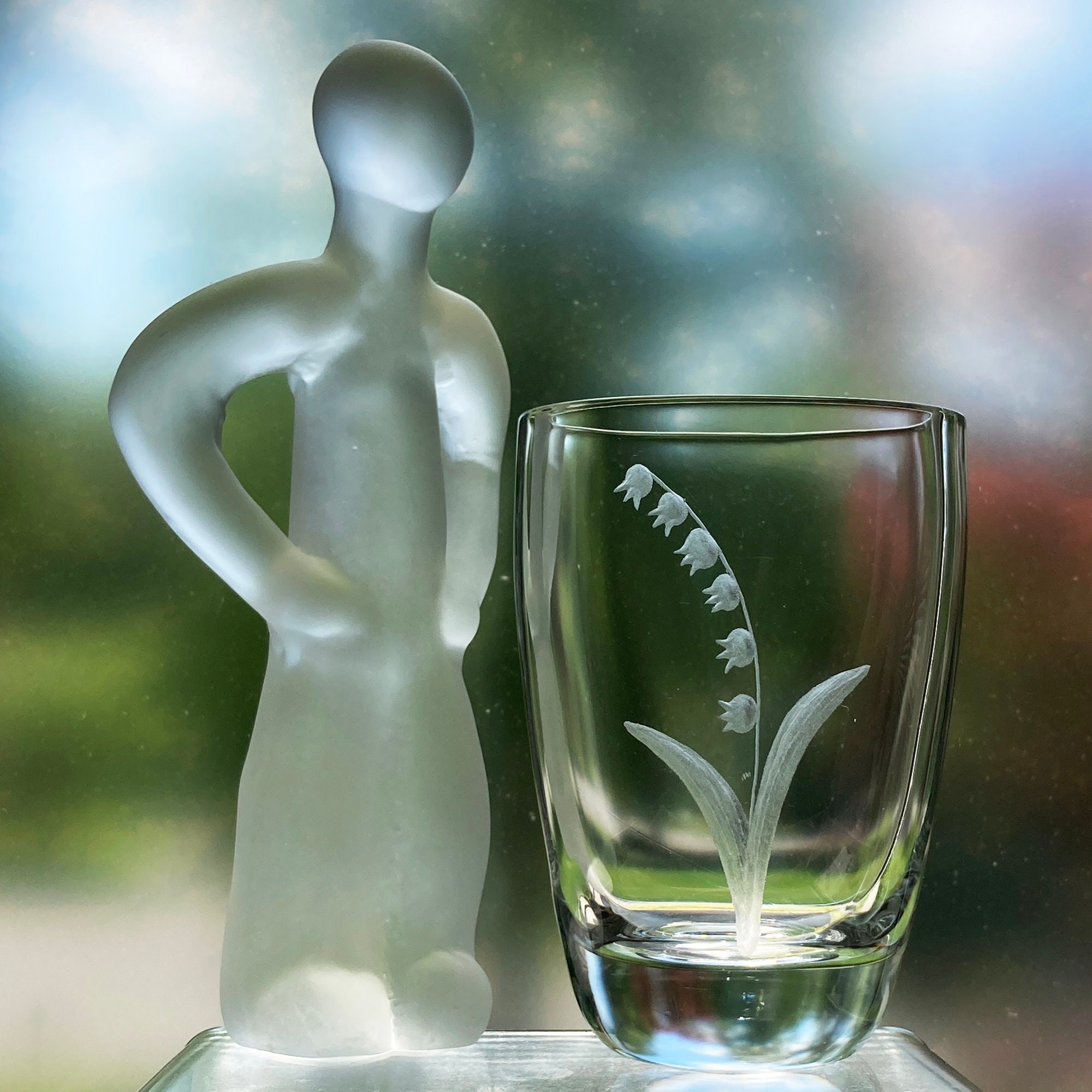 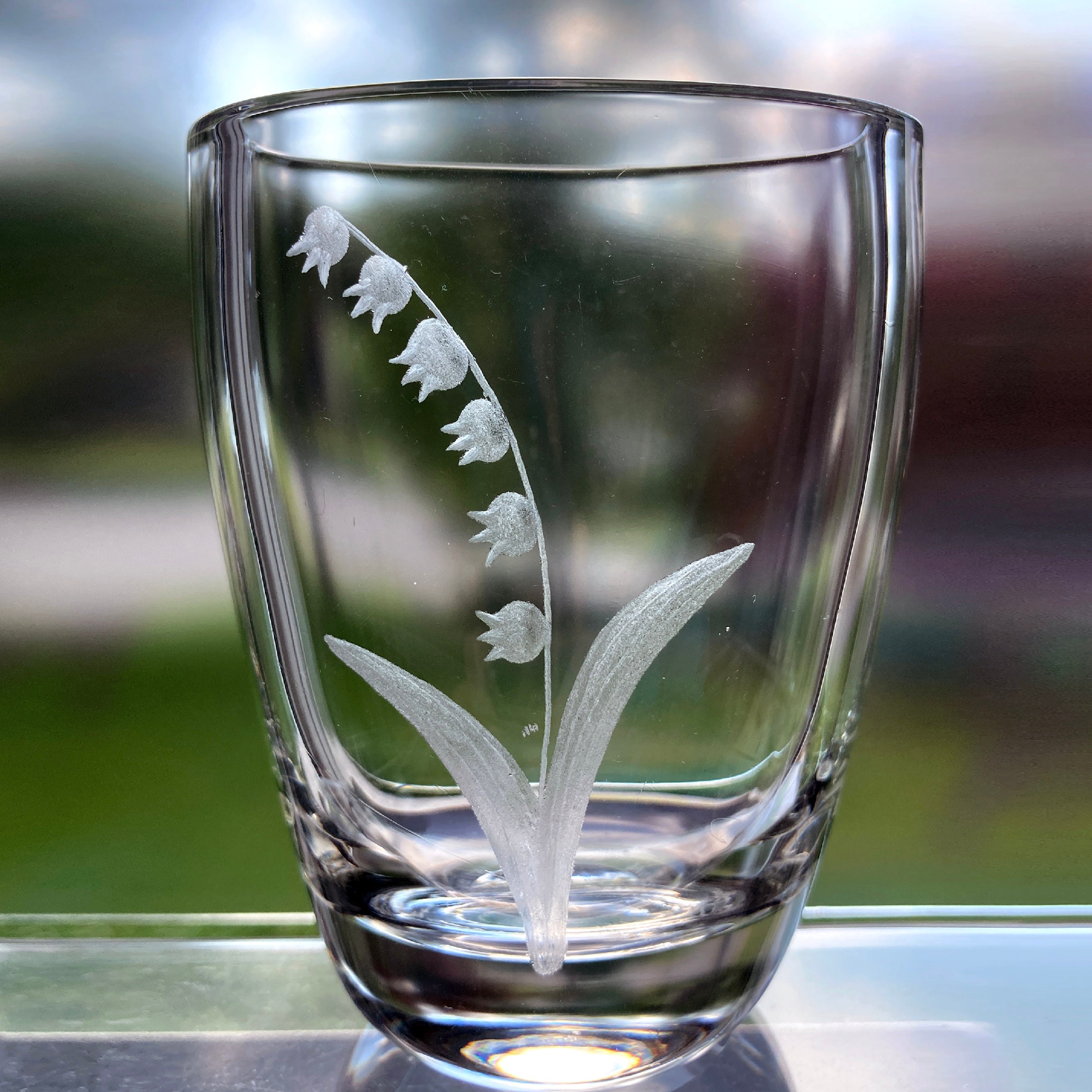 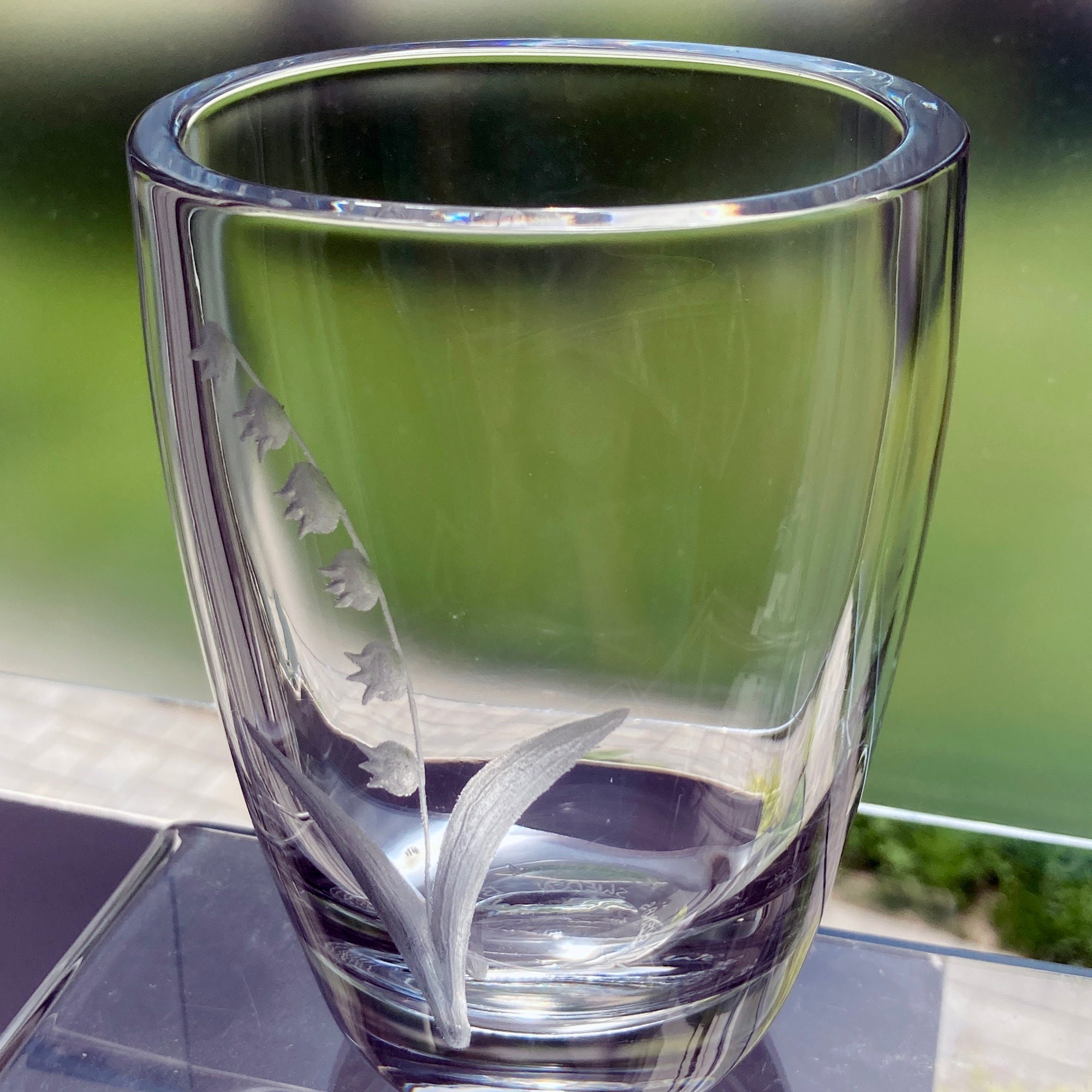 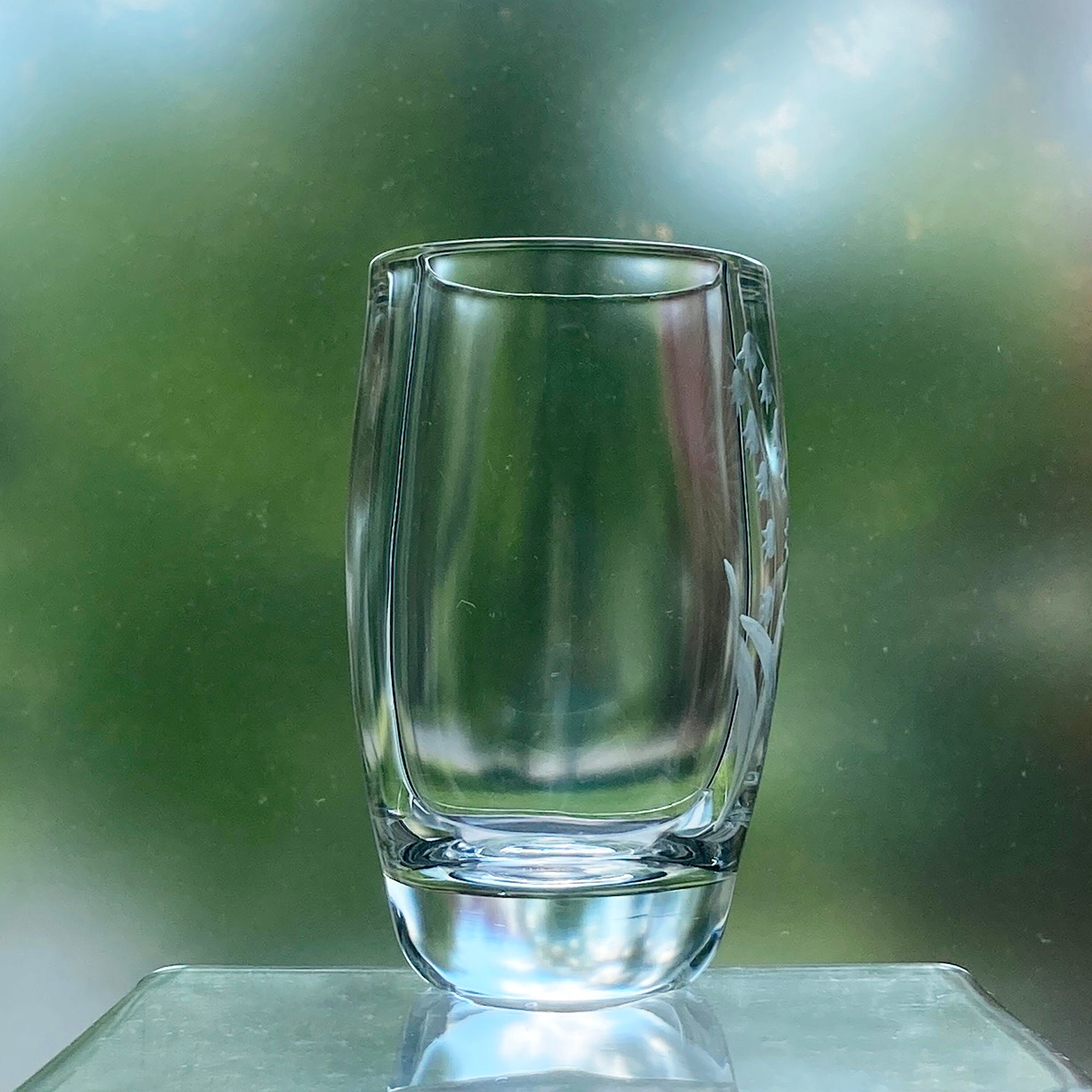 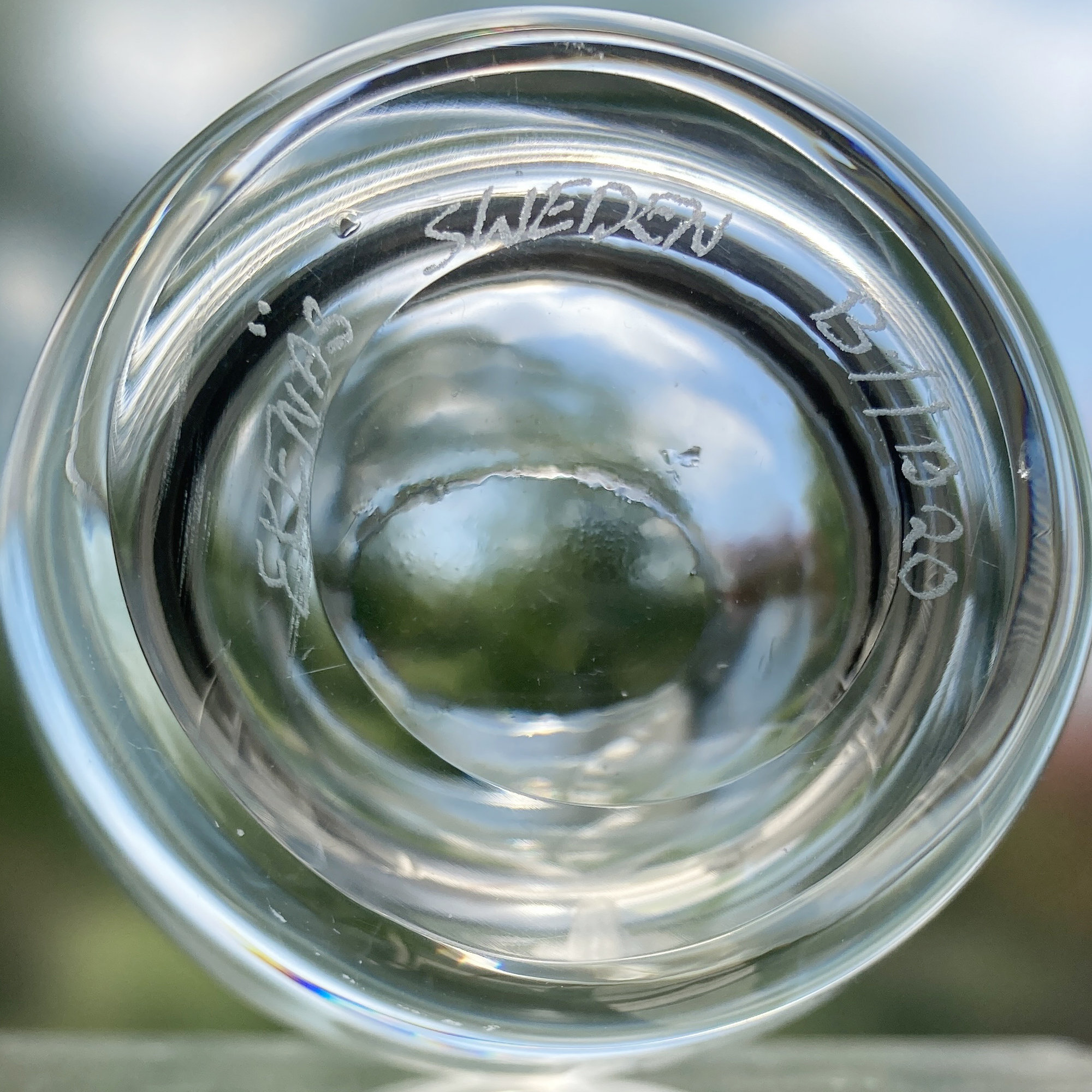 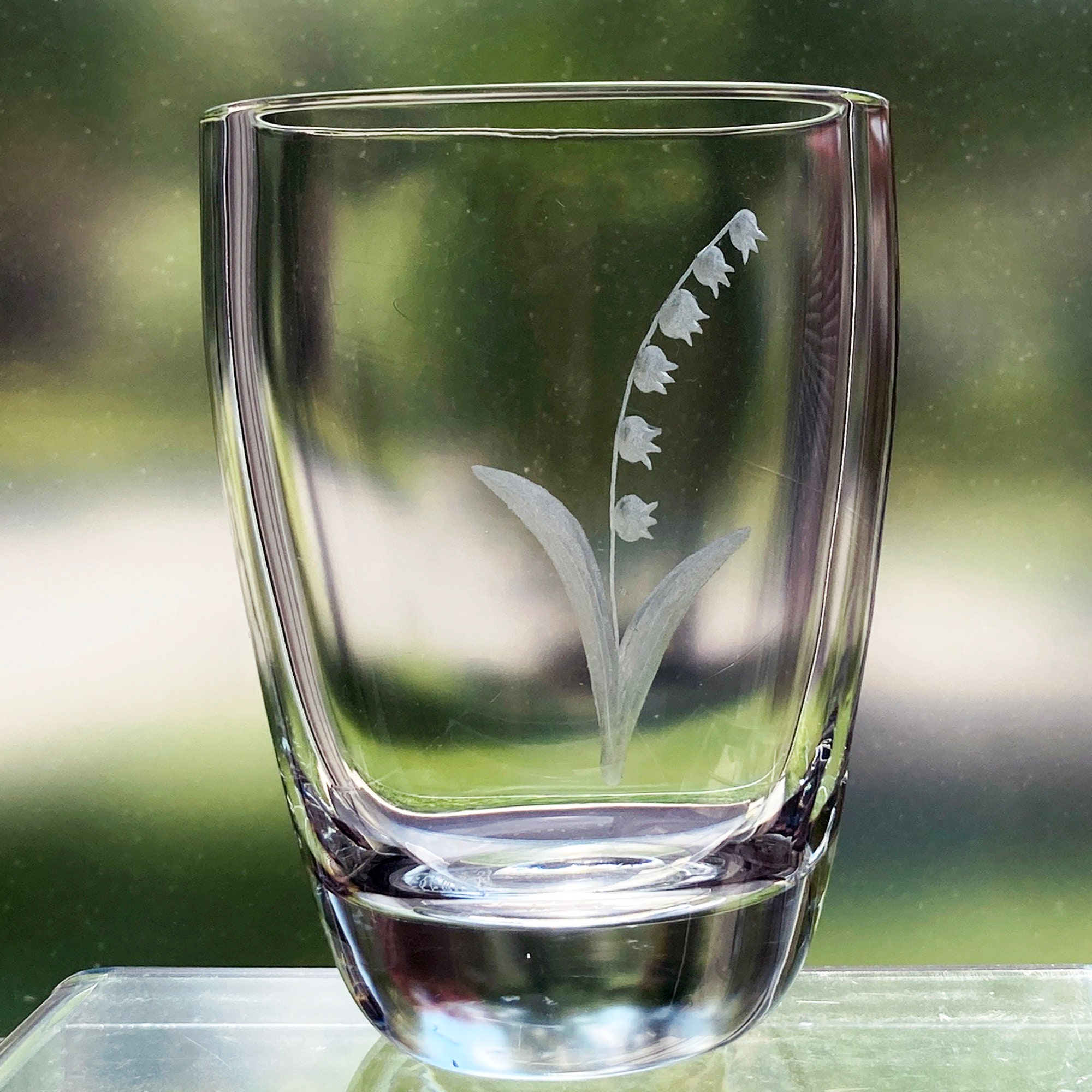 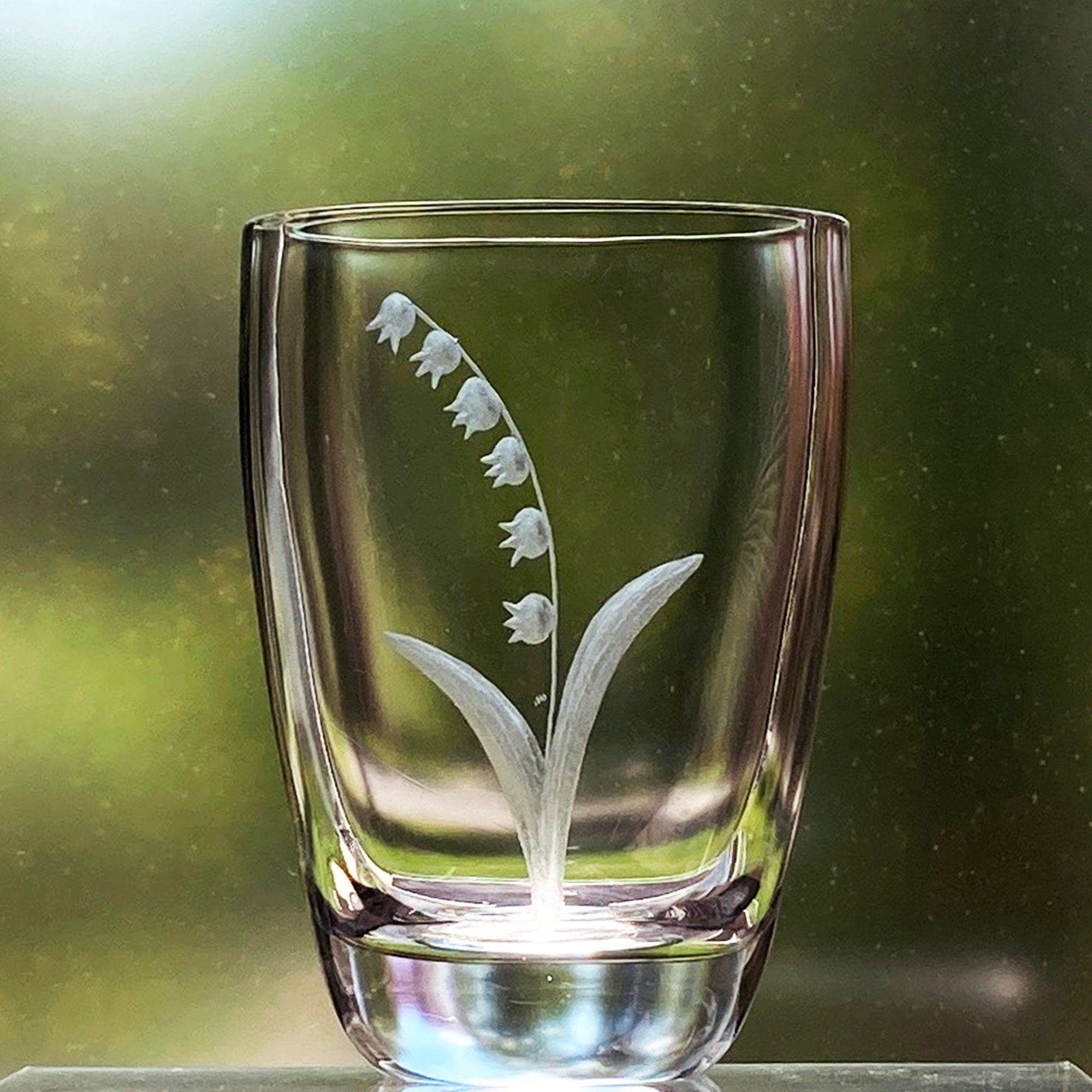 This piece was probably made in the in the late 60s or early 70s; while Lake was artistic director at Ekenäs. The vase is a perfect size for displaying on a shelf or in a cabinet; it is about 4.5" and weighs just over a pound. The lilies are nicely engraved with the traditional copper-wheel engraving method.