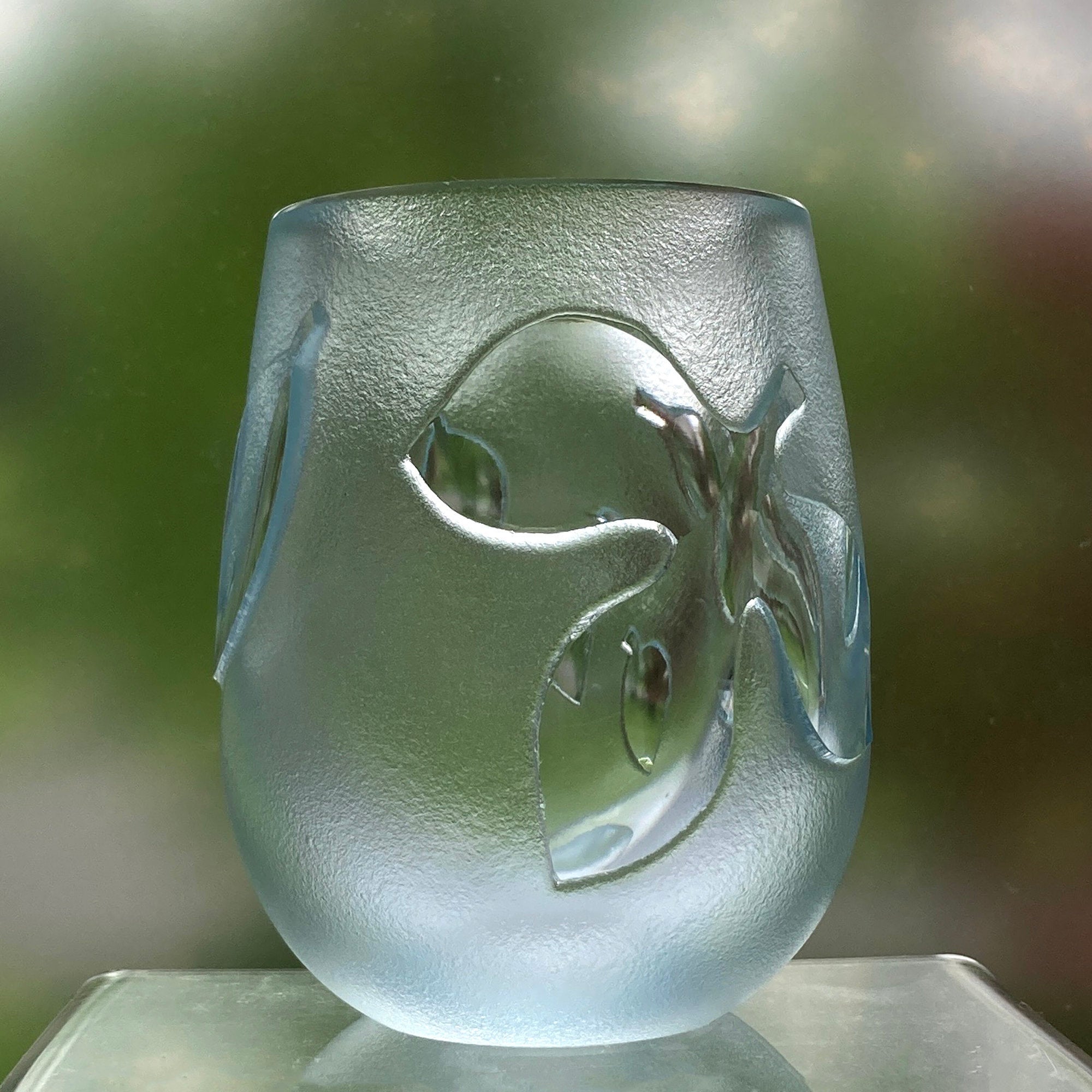 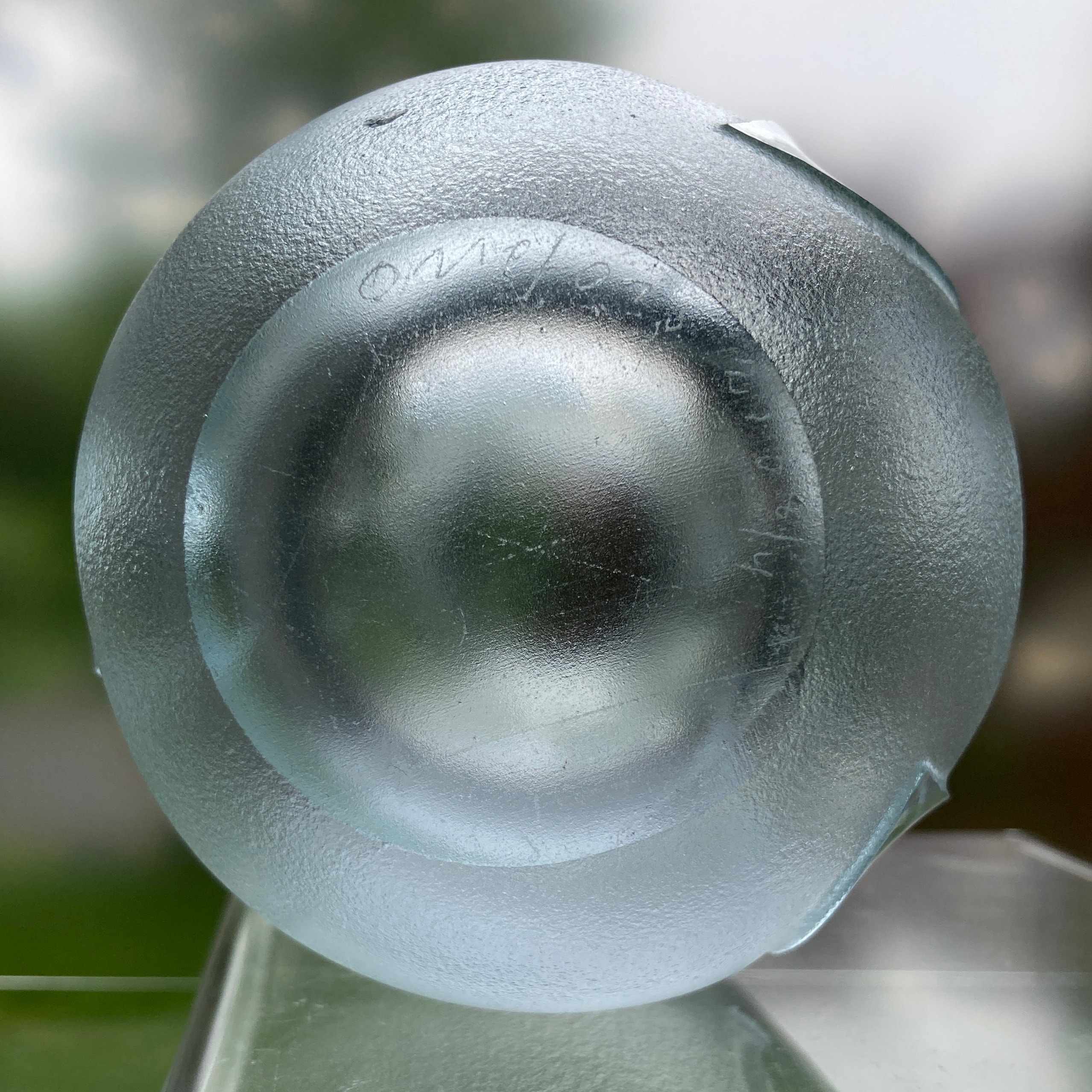 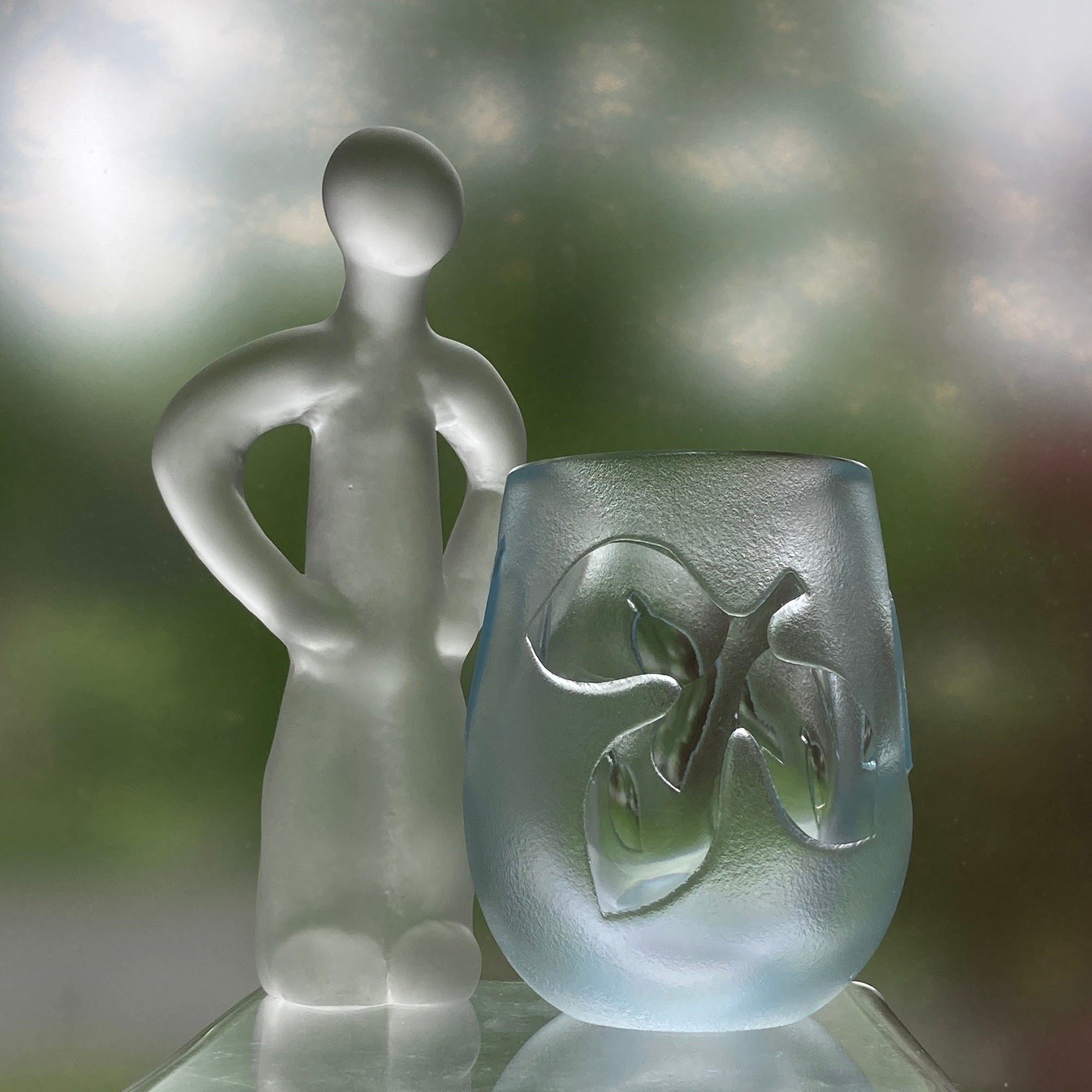 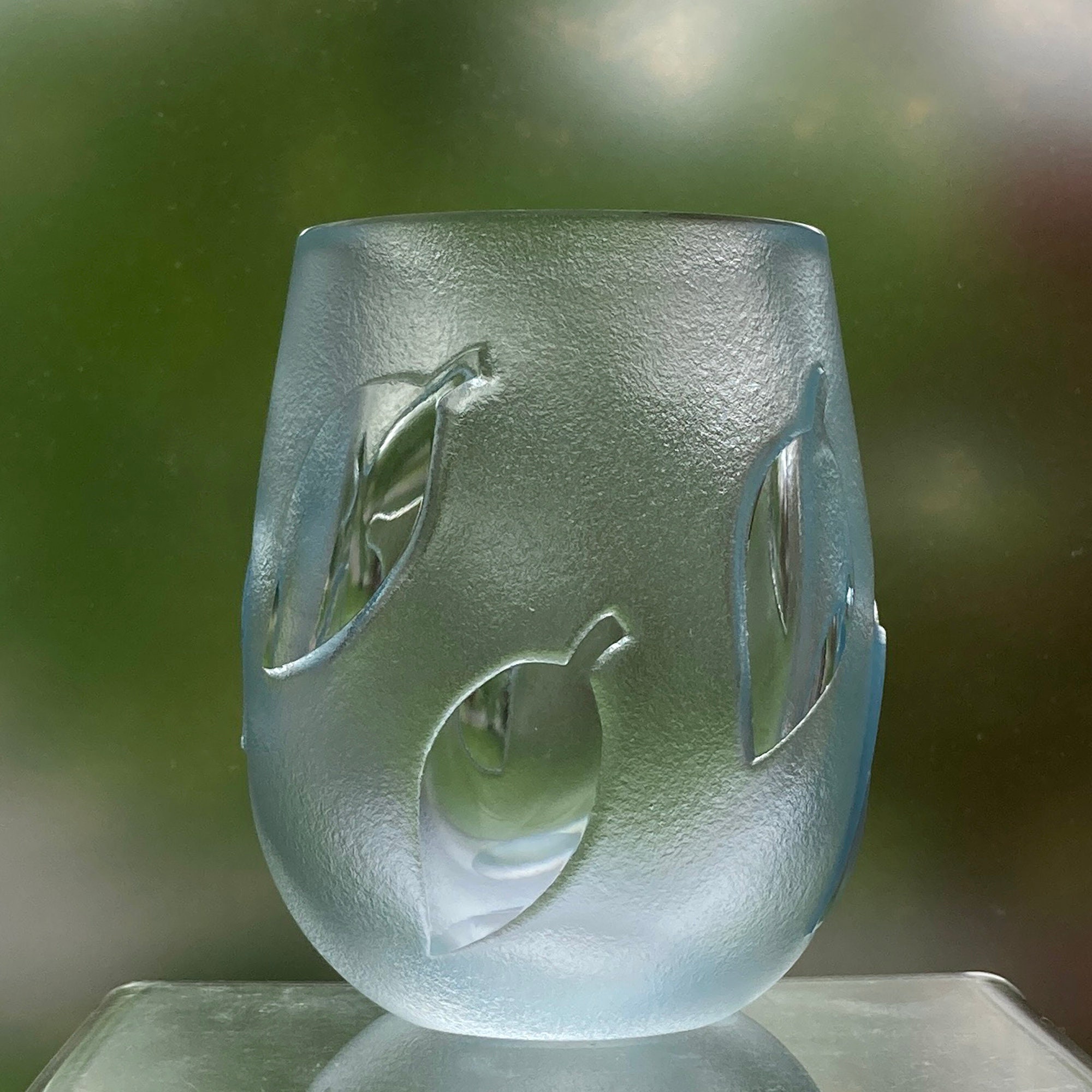 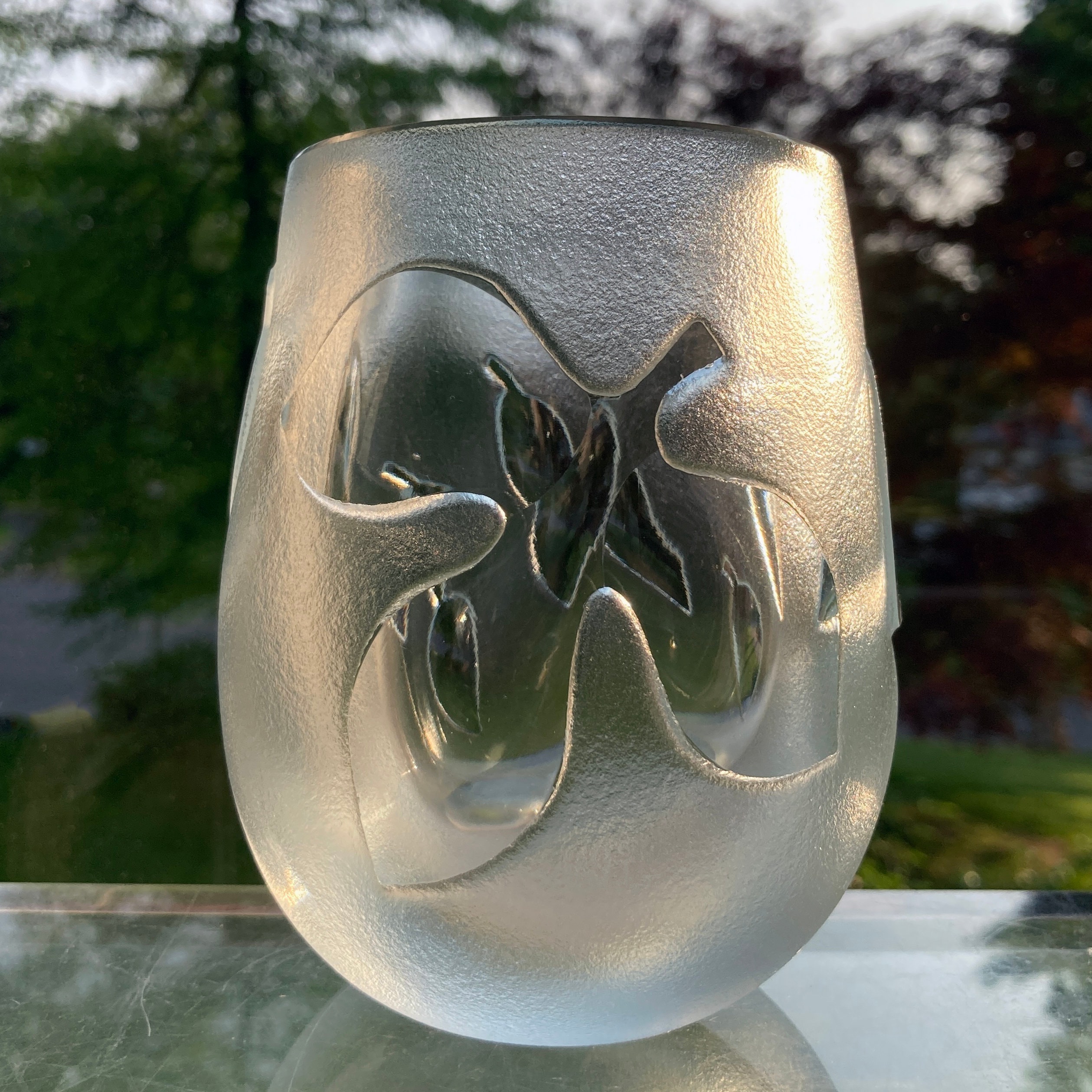 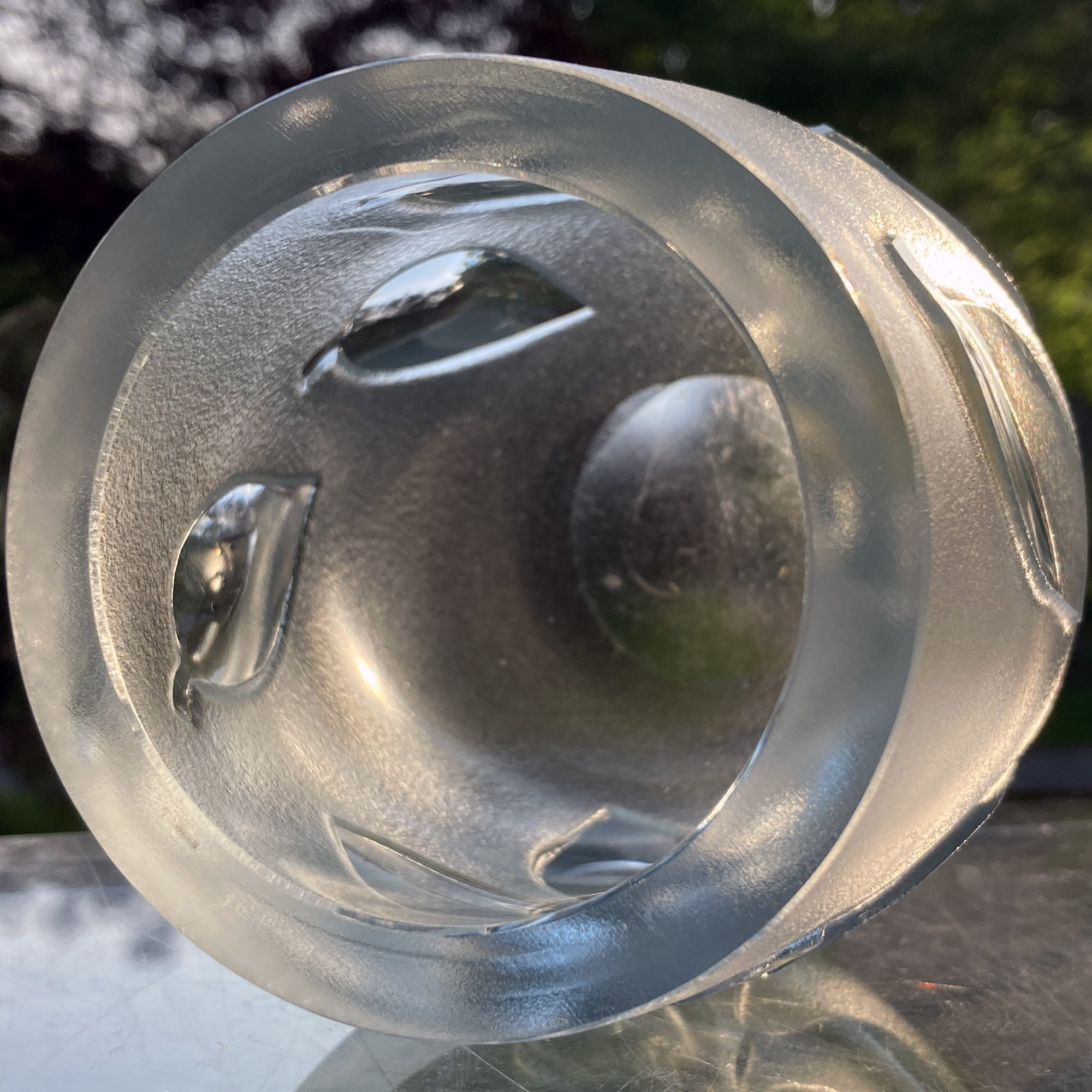 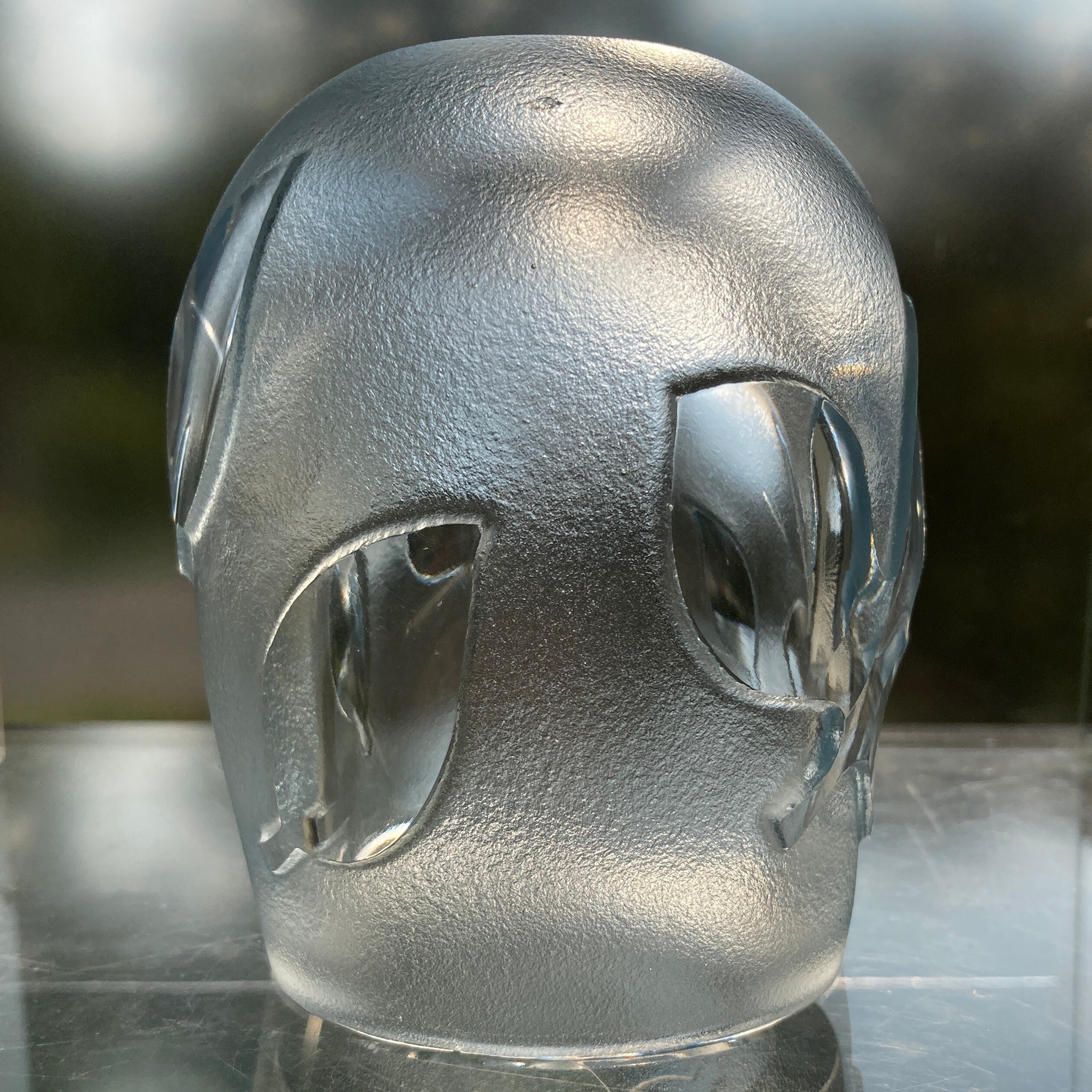 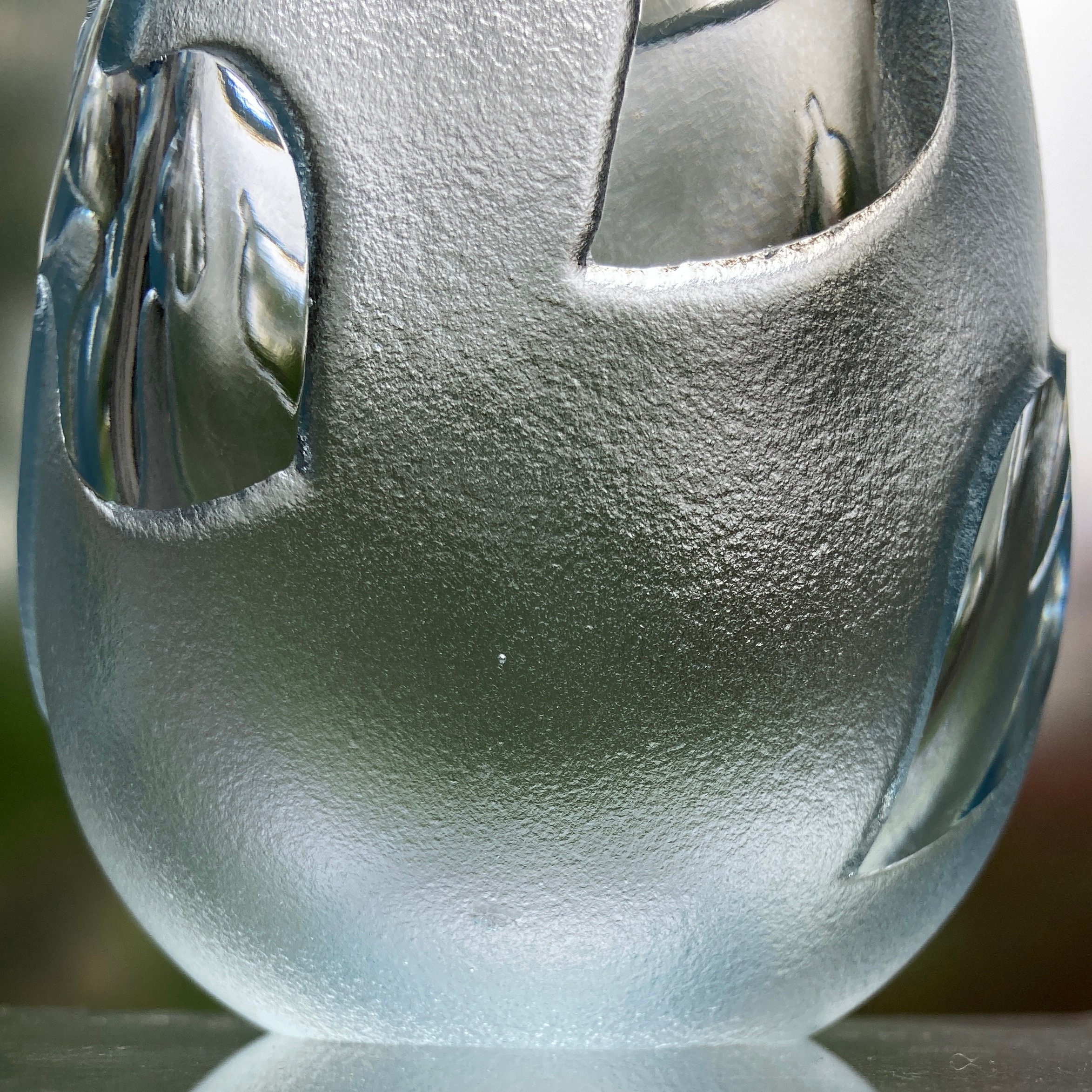 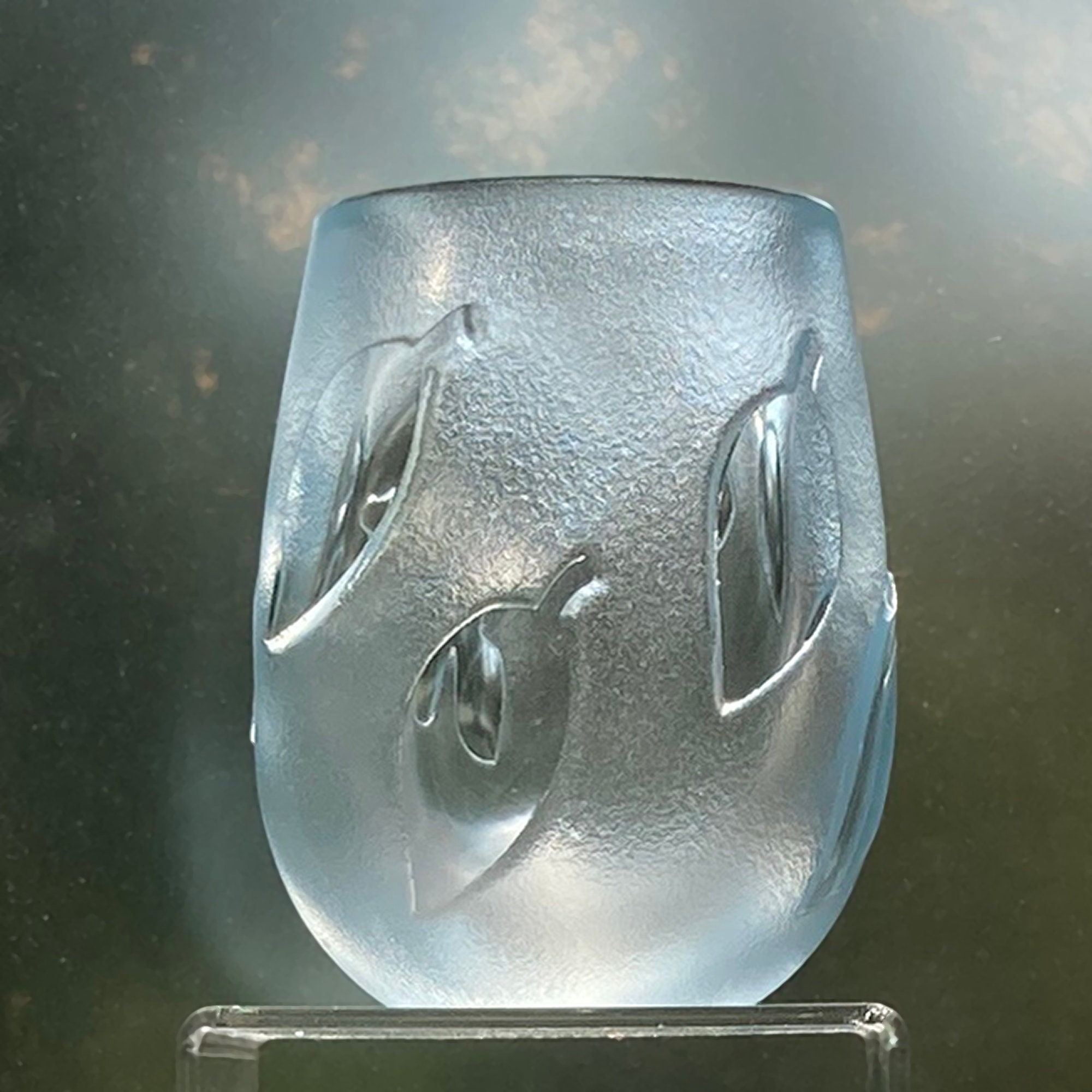 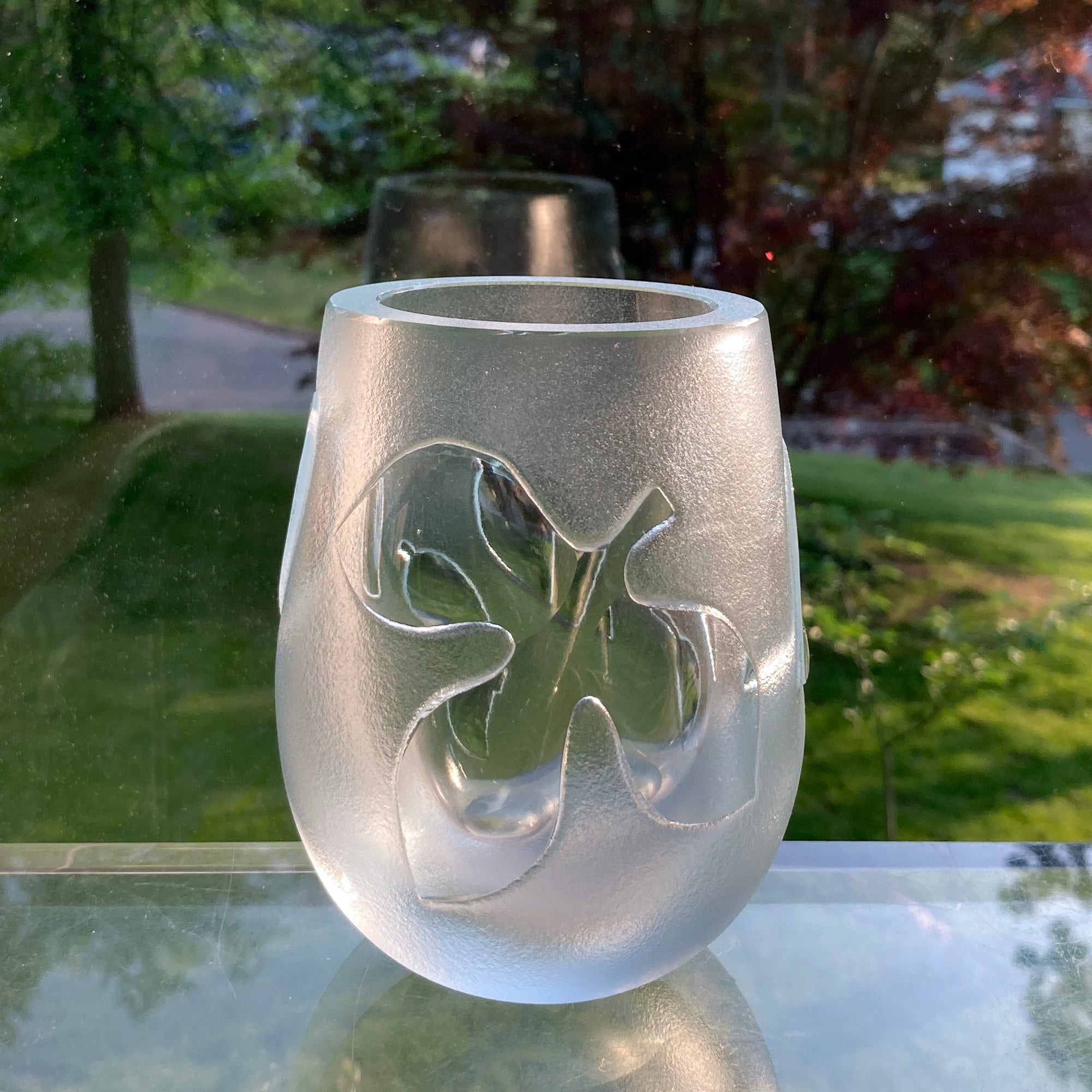 Stunning carved and textured vase or votive holder from Sven Palmqvist, PA 2138/4, designed in 1939. Orrefors' Sven Palmqvist designed this heavy blue glass vase, with shiny leaves carved in a deep relief pattern over textured glass, as the fourth item in a series using this motif. This piece weighs just over 2 pounds, it stands 4.5 inches high, and it is 3 inches across the rim. It has one tiny nick near the bottom, as shown in the photos.