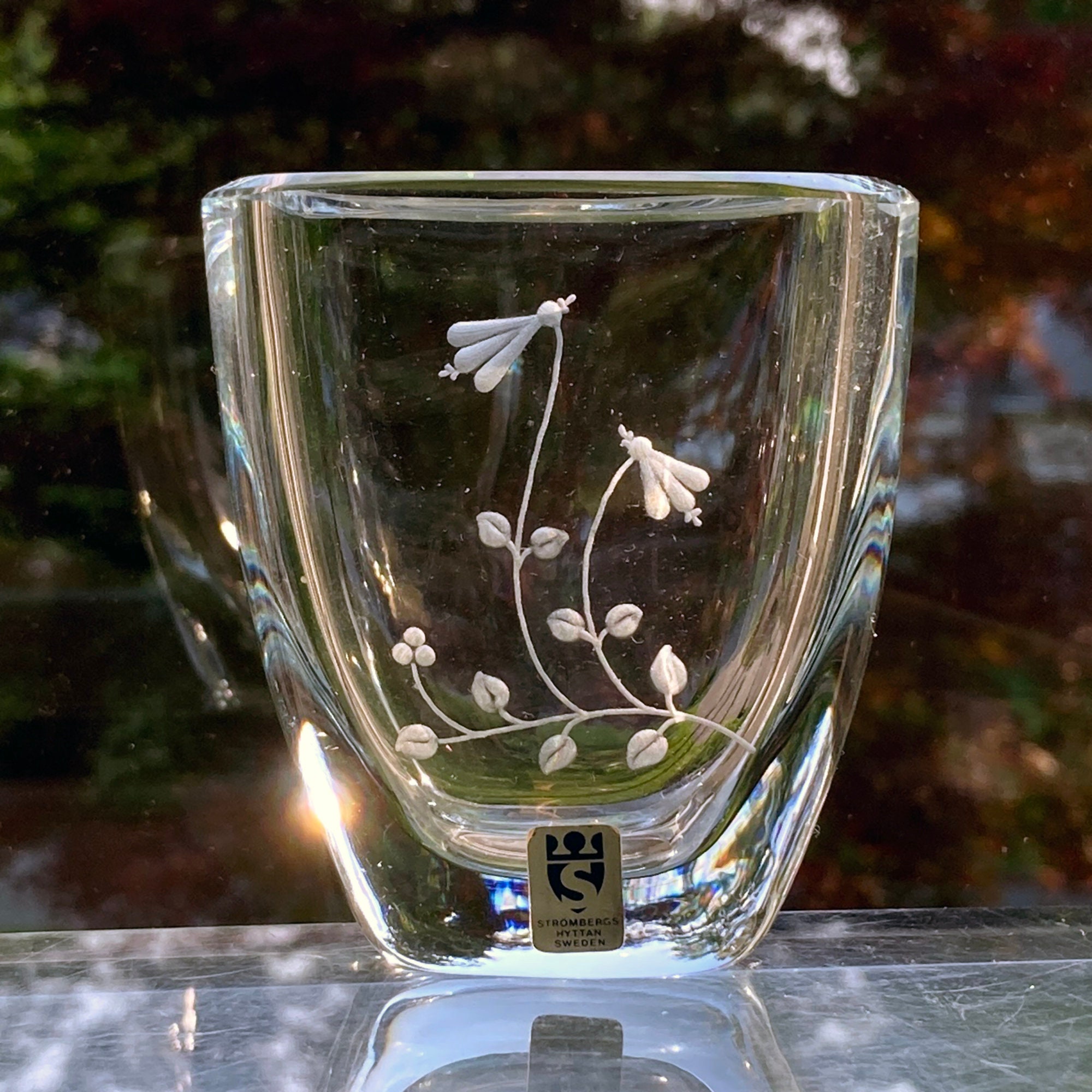 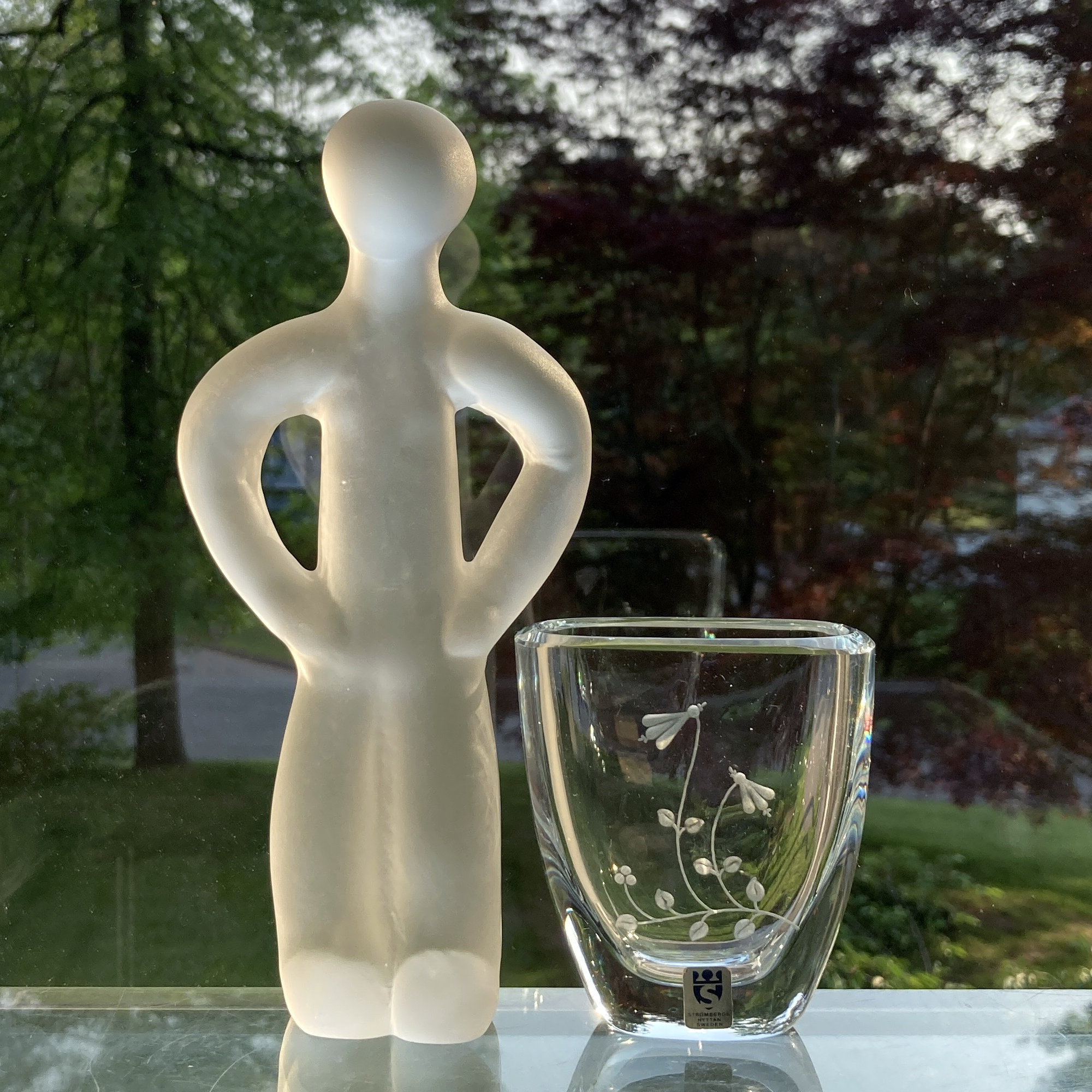 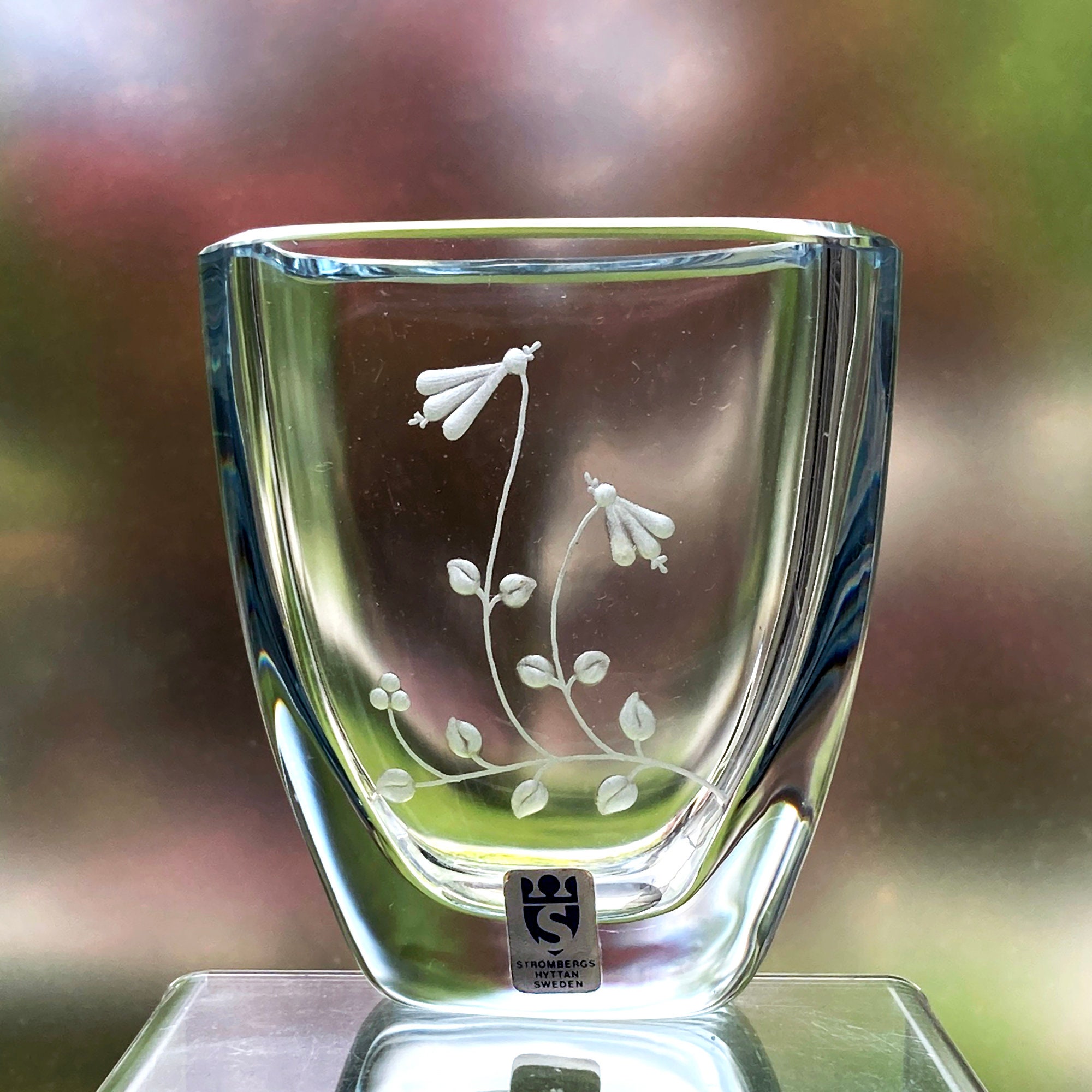 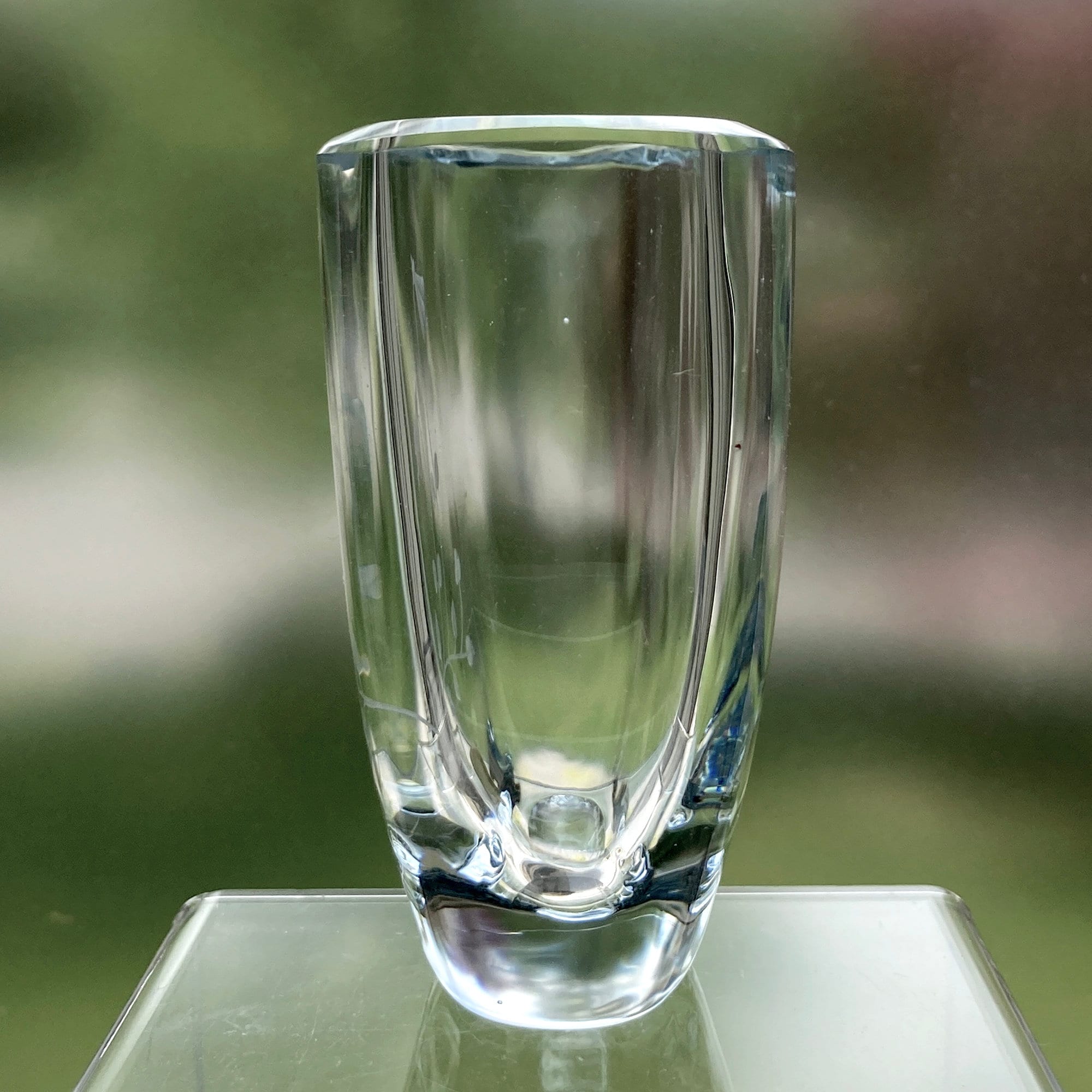 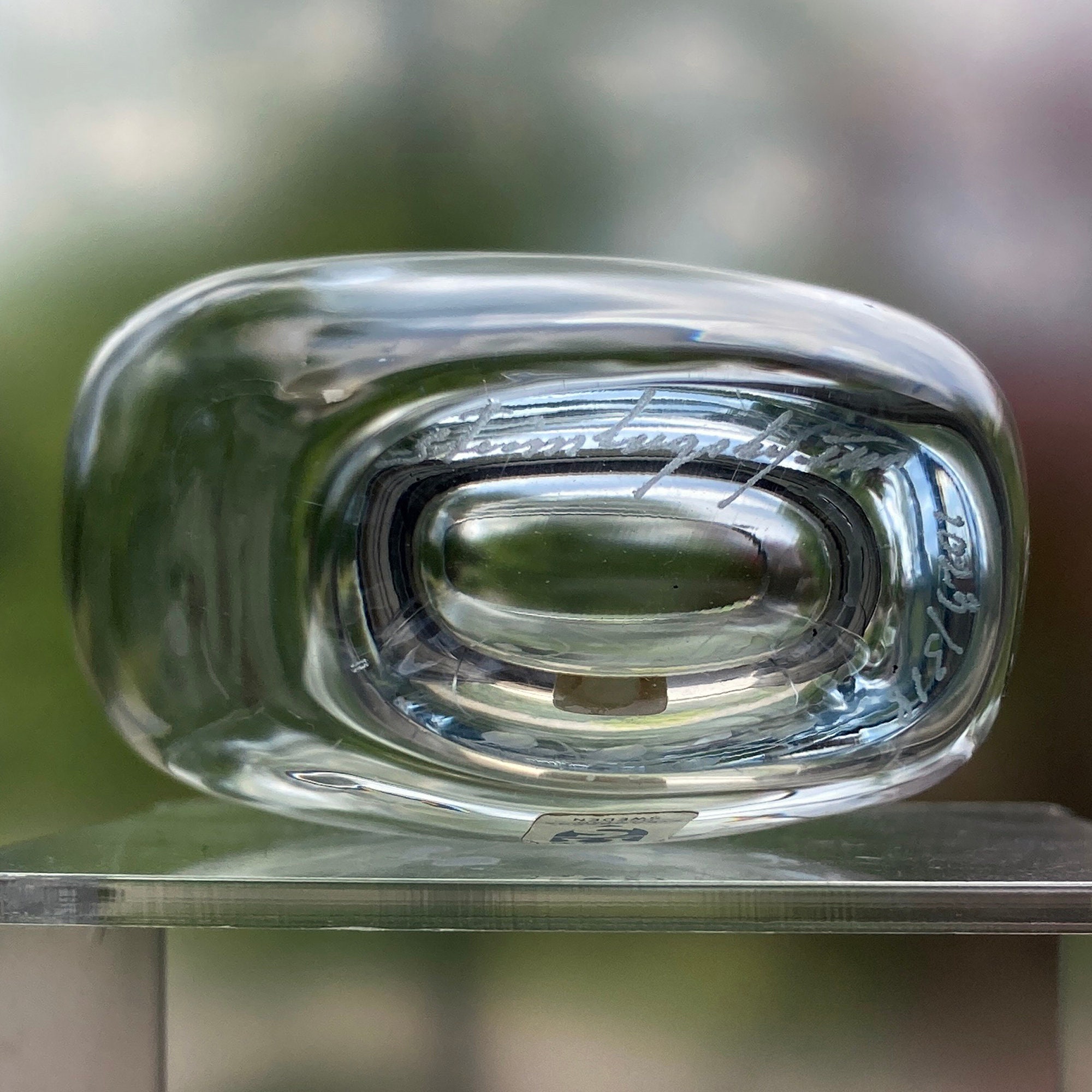 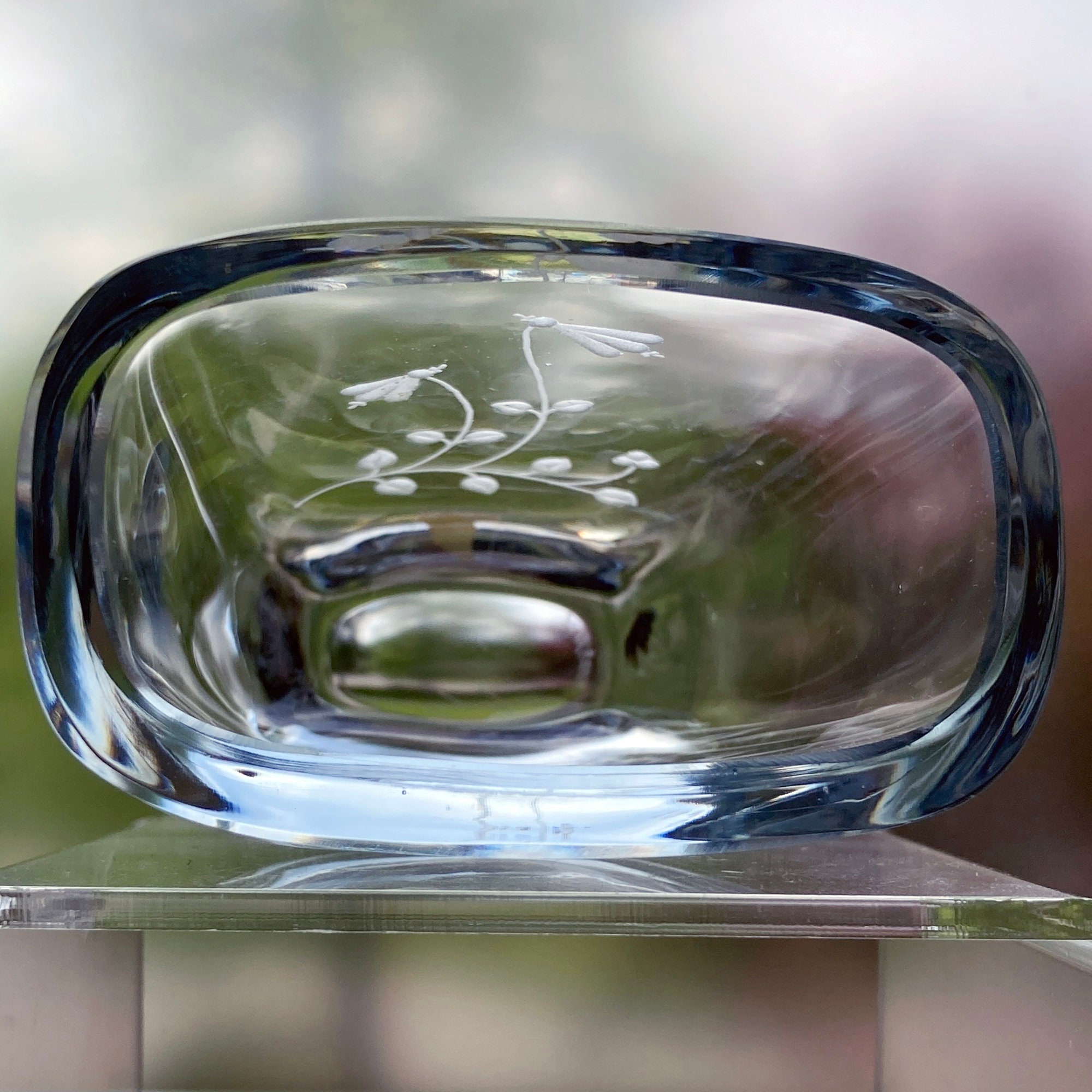 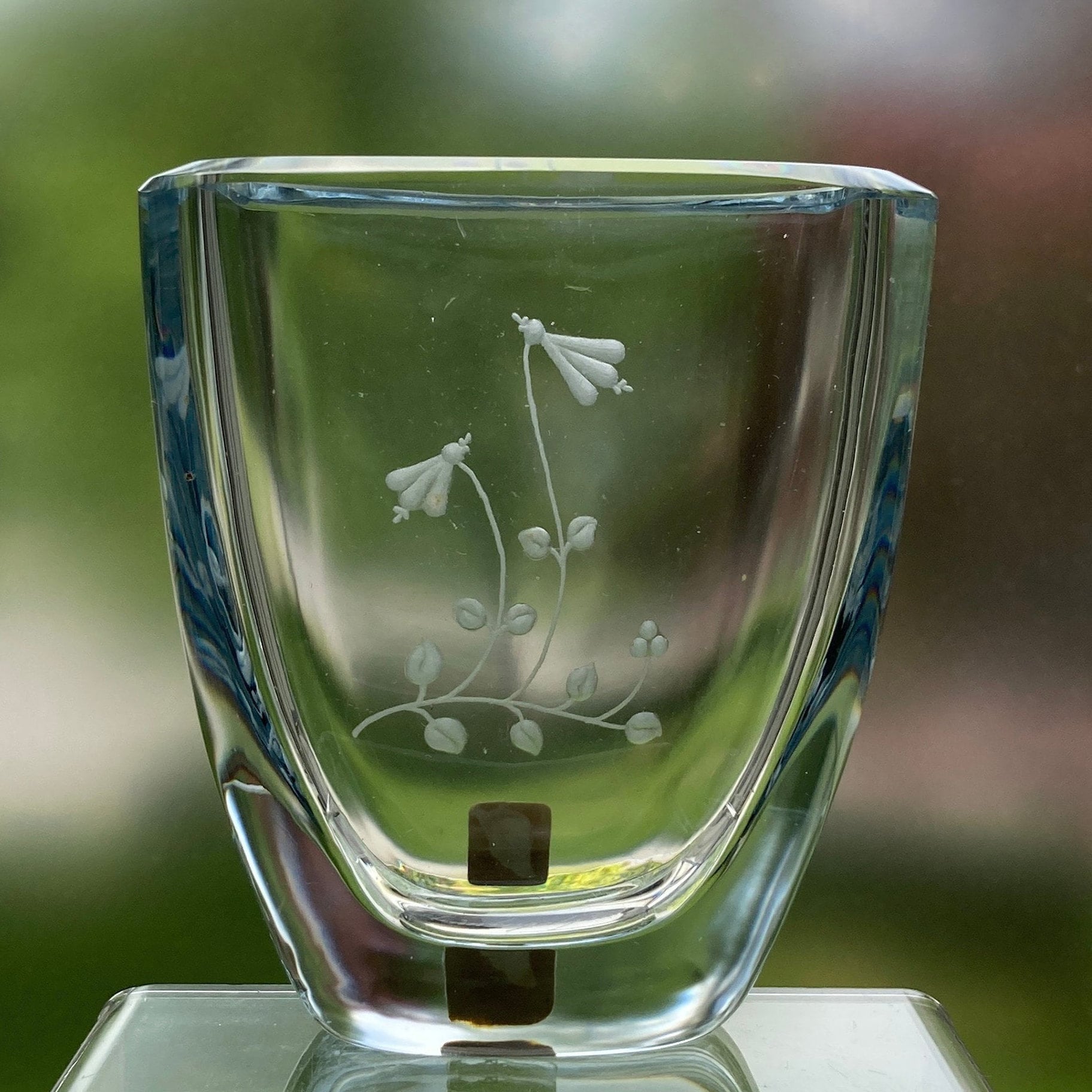 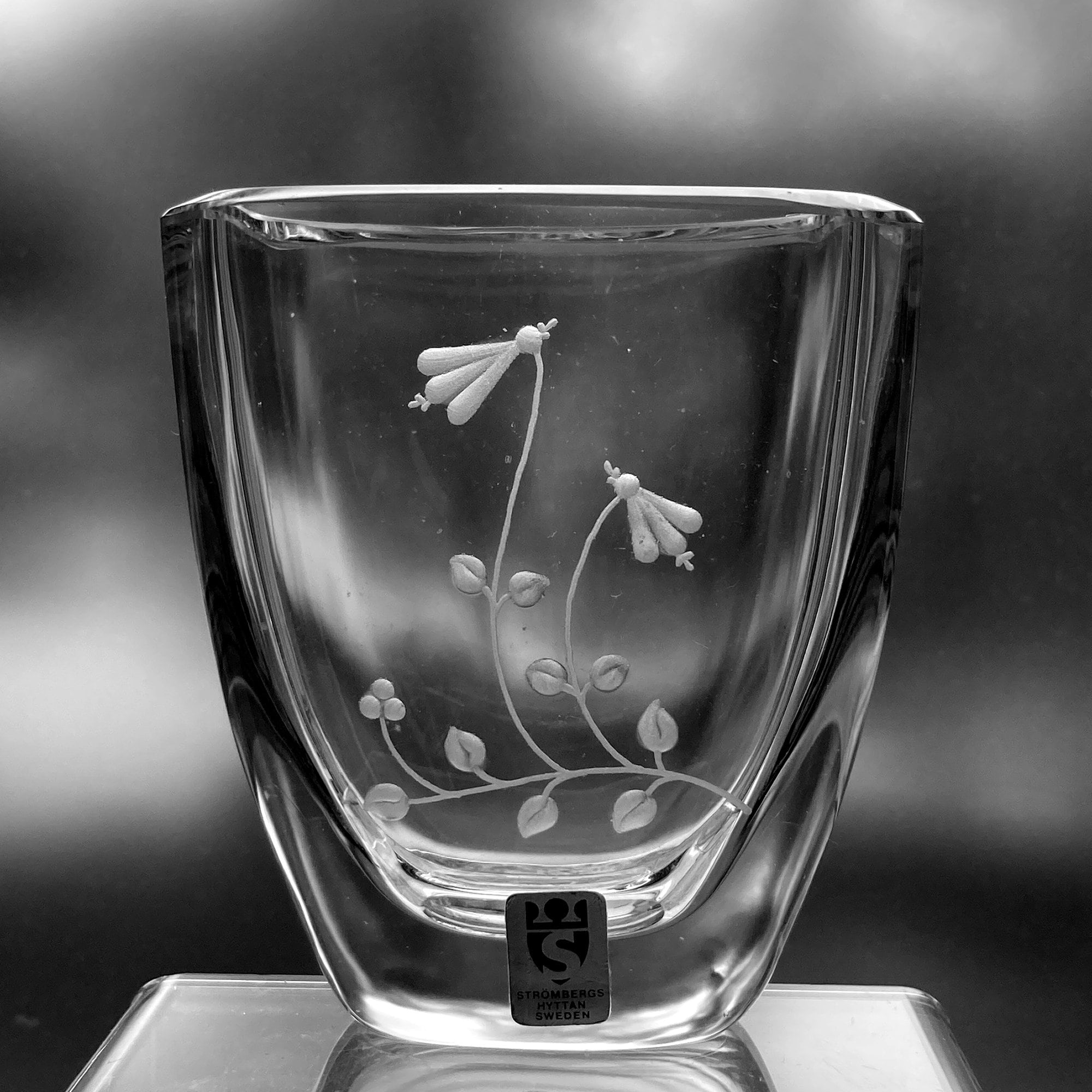 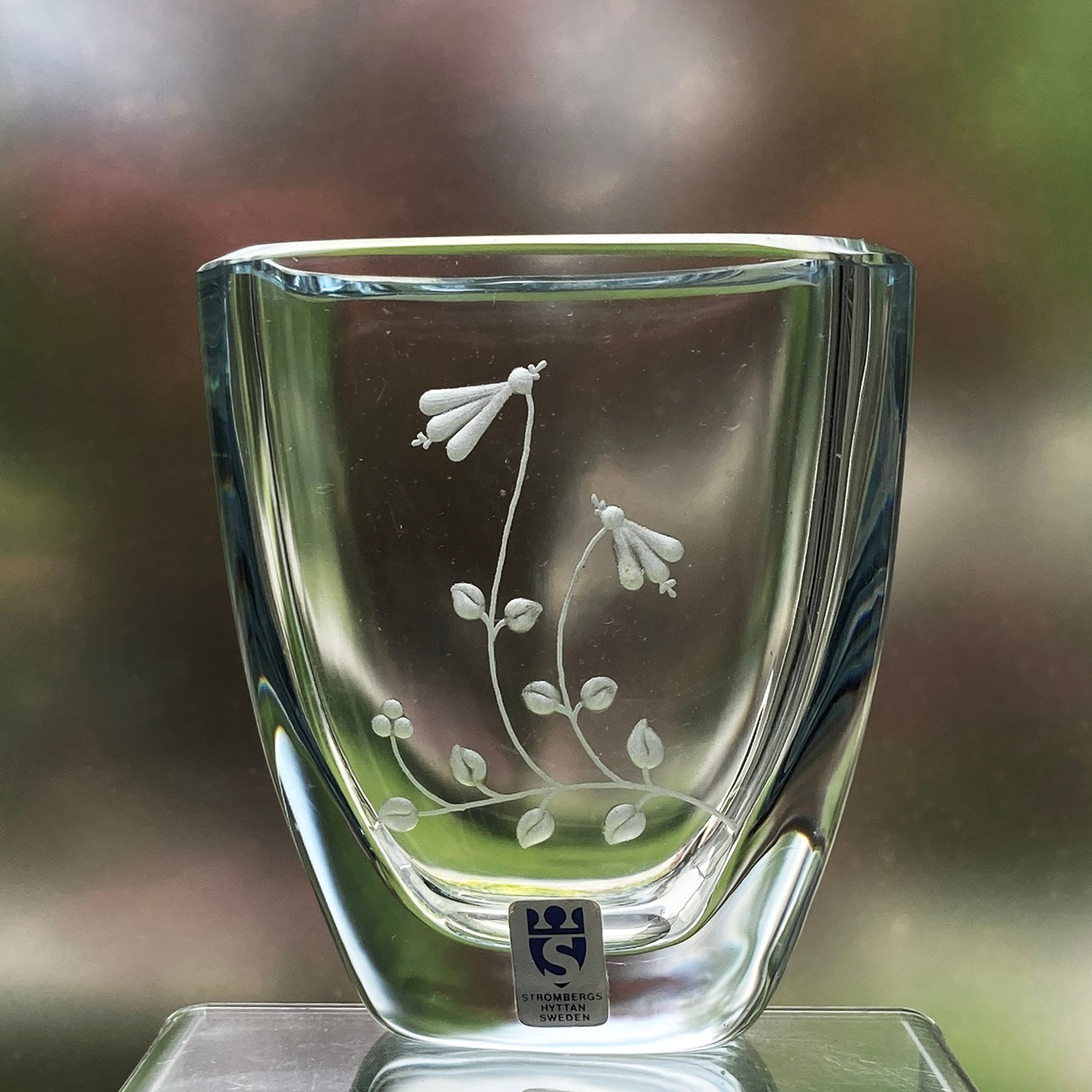 This charming Swedish vase depicts a beautiful flower, very similar to Sweden's National Flower, the Linnea, named after Carl Linnaeus – the scientist who gave the roots to taxonomy. Sparkling in the sunshine, this little vase is perfect for displaying on a windowsill or shelf; it's 2.25" wide and 3" high. It is also quite sturdy, a consequence of the uniform, thick glass. It is in excellent condition, clear and sparkling.