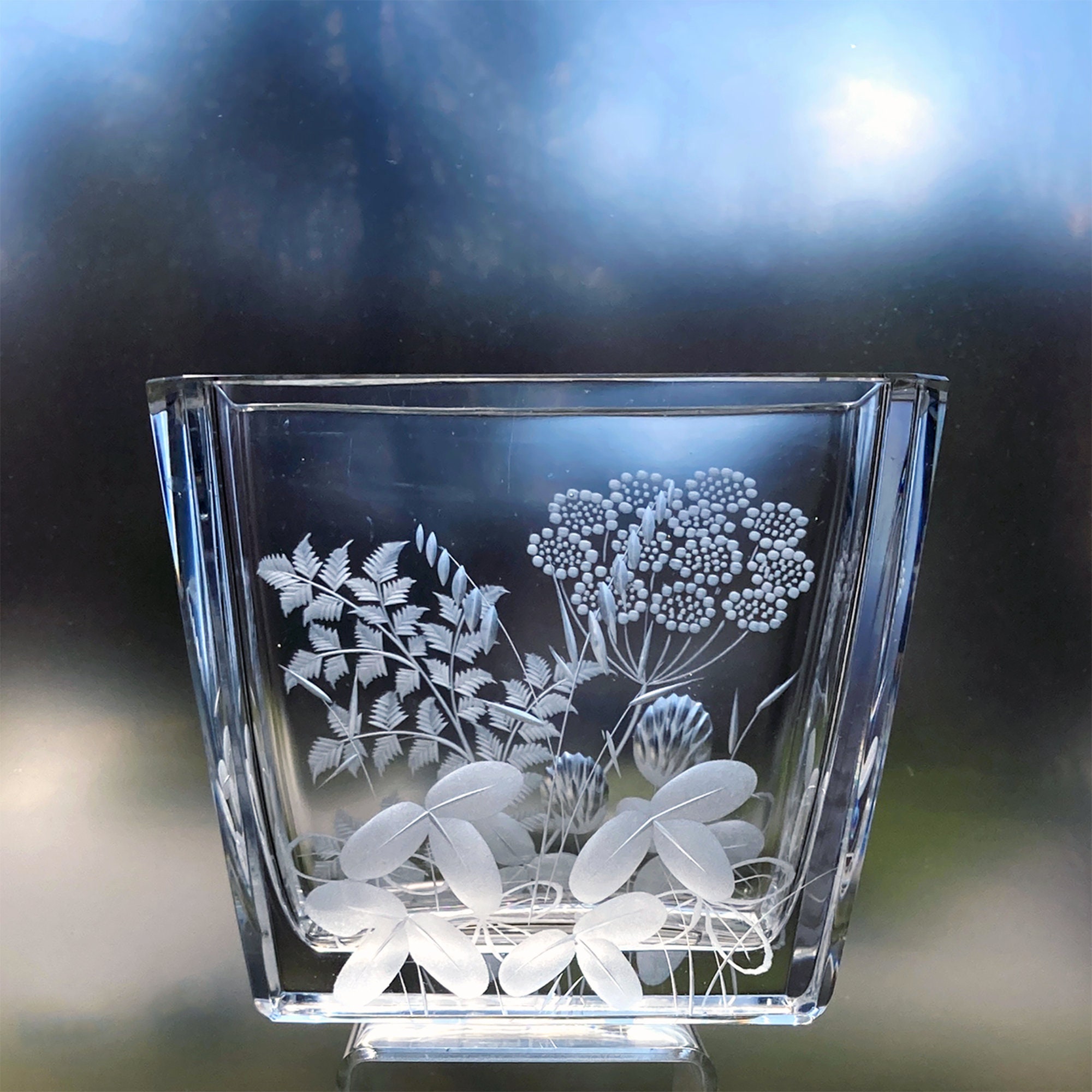 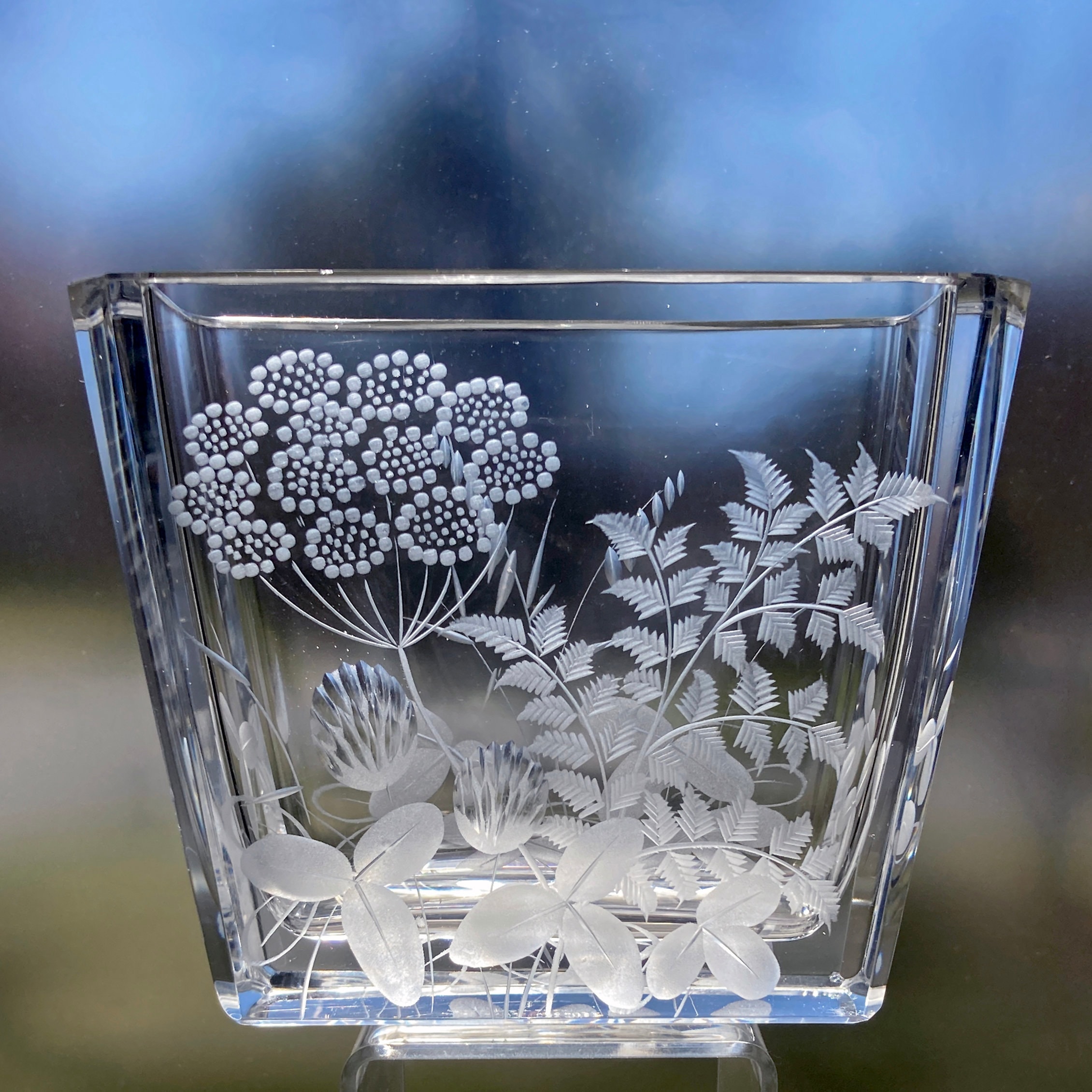 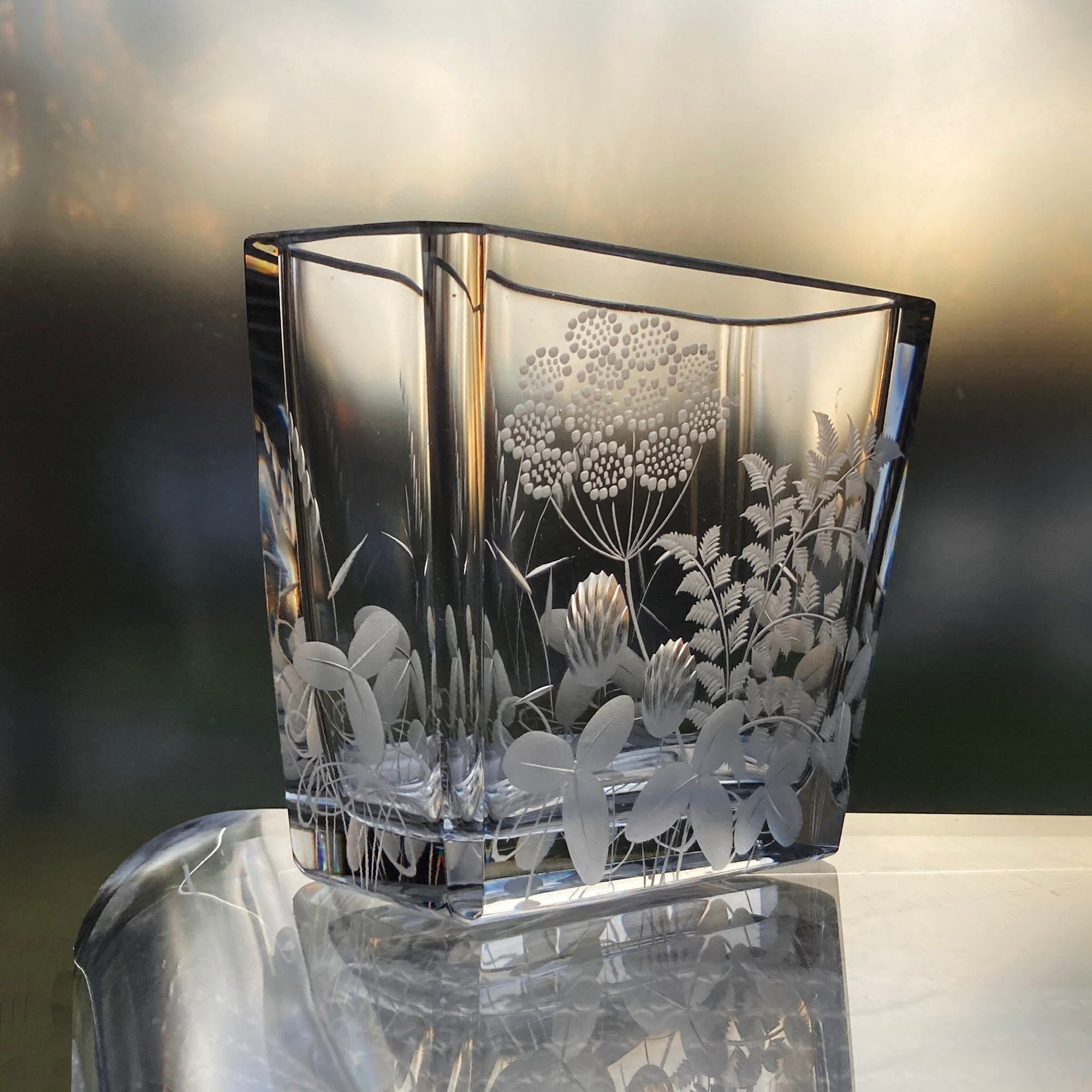 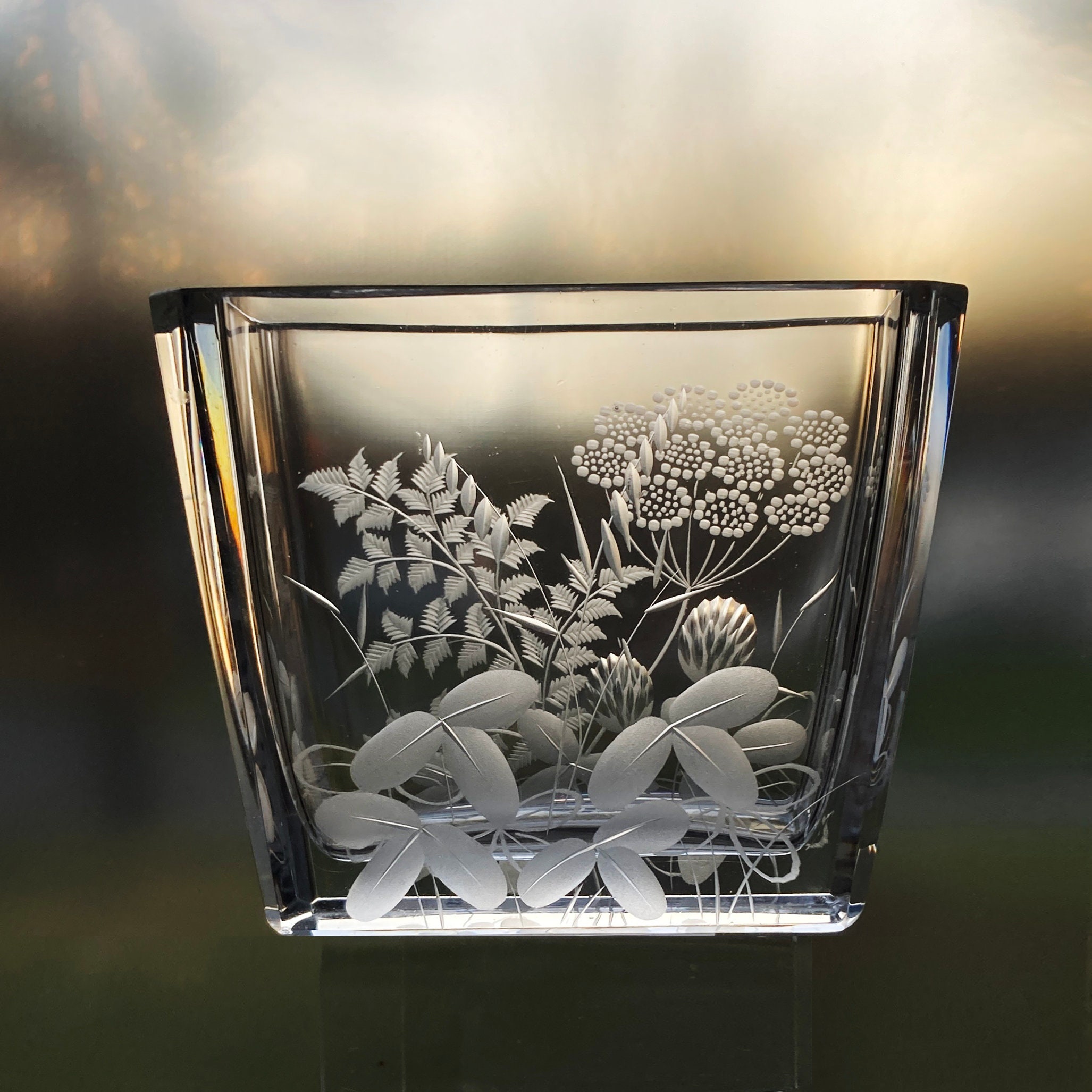 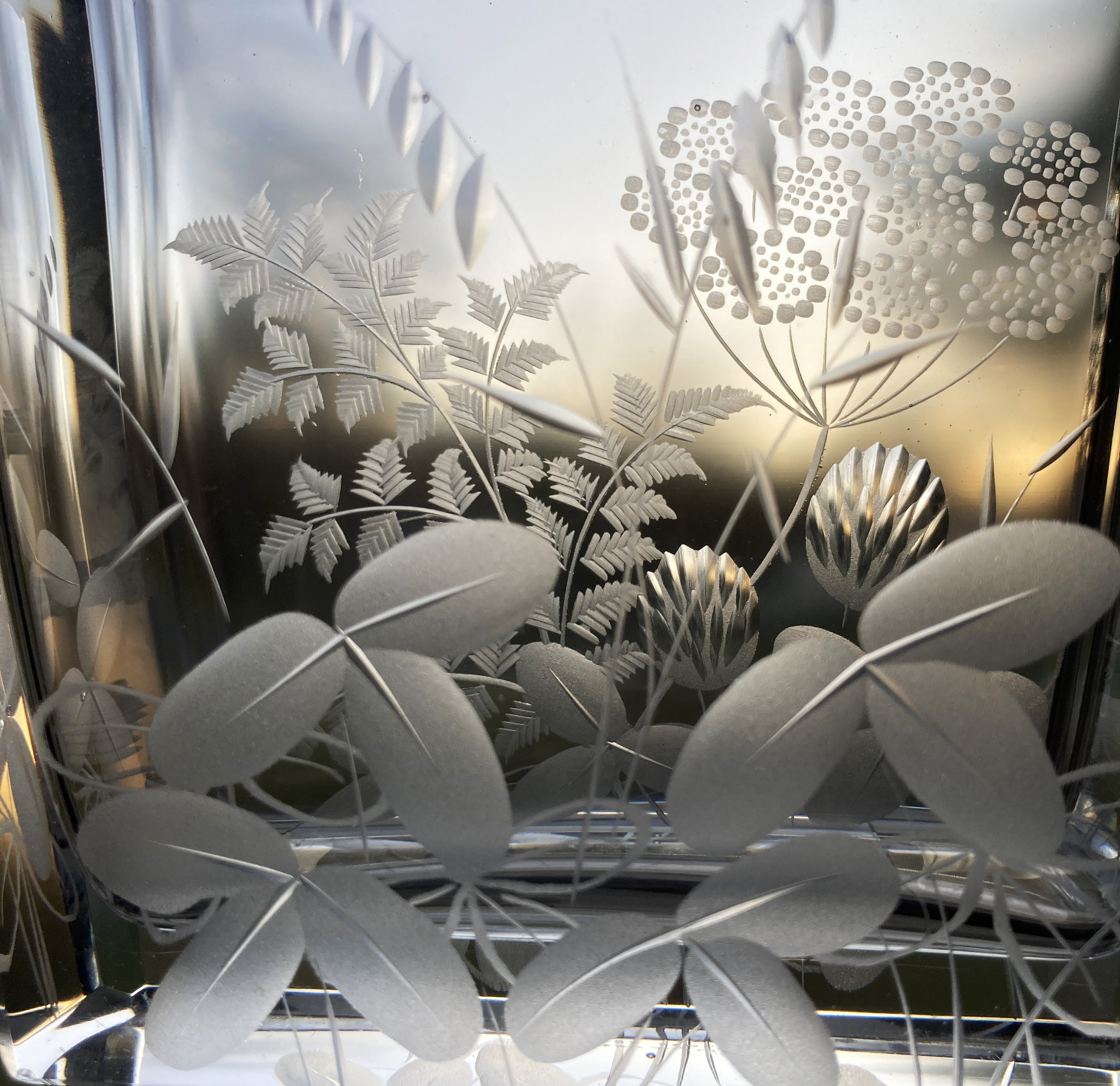 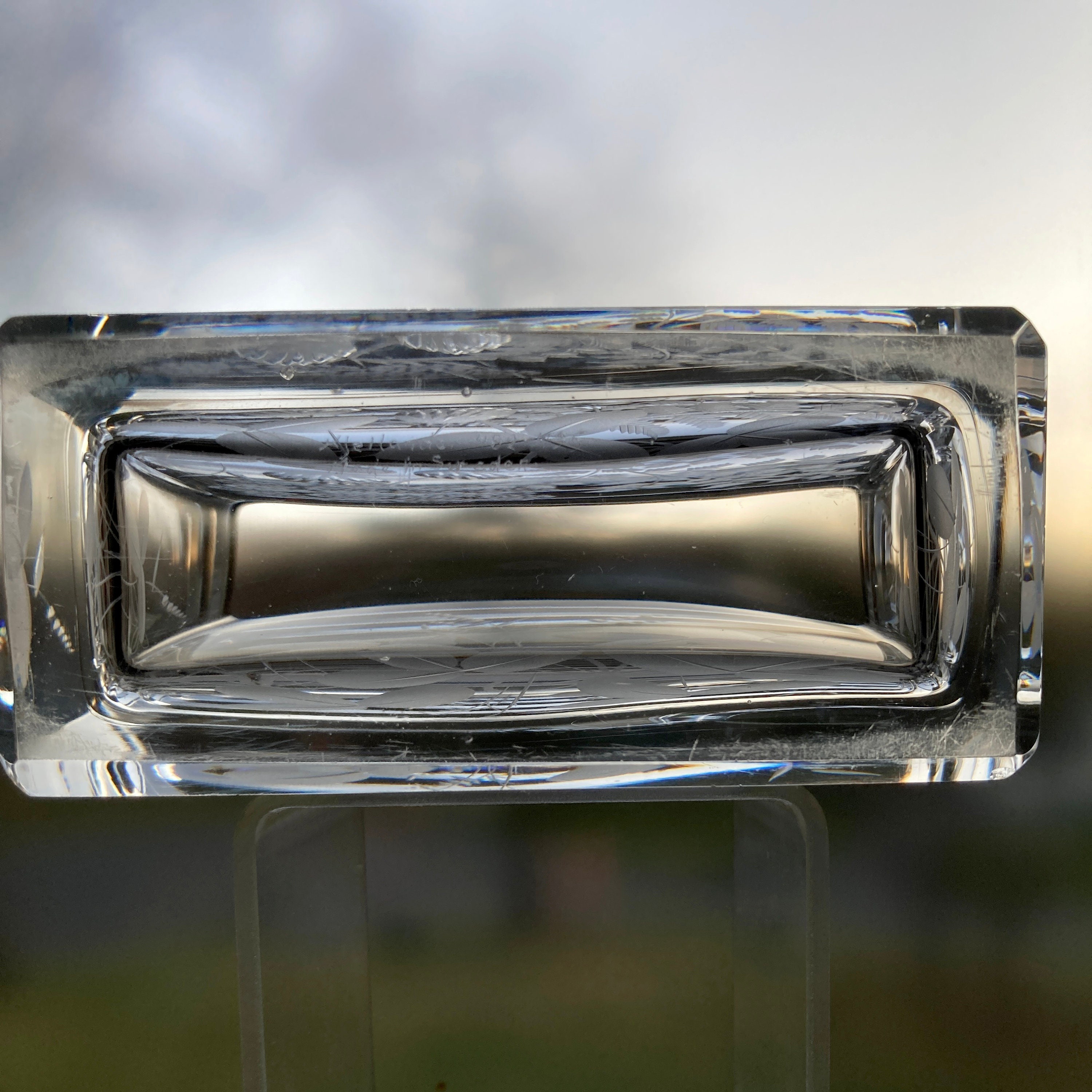 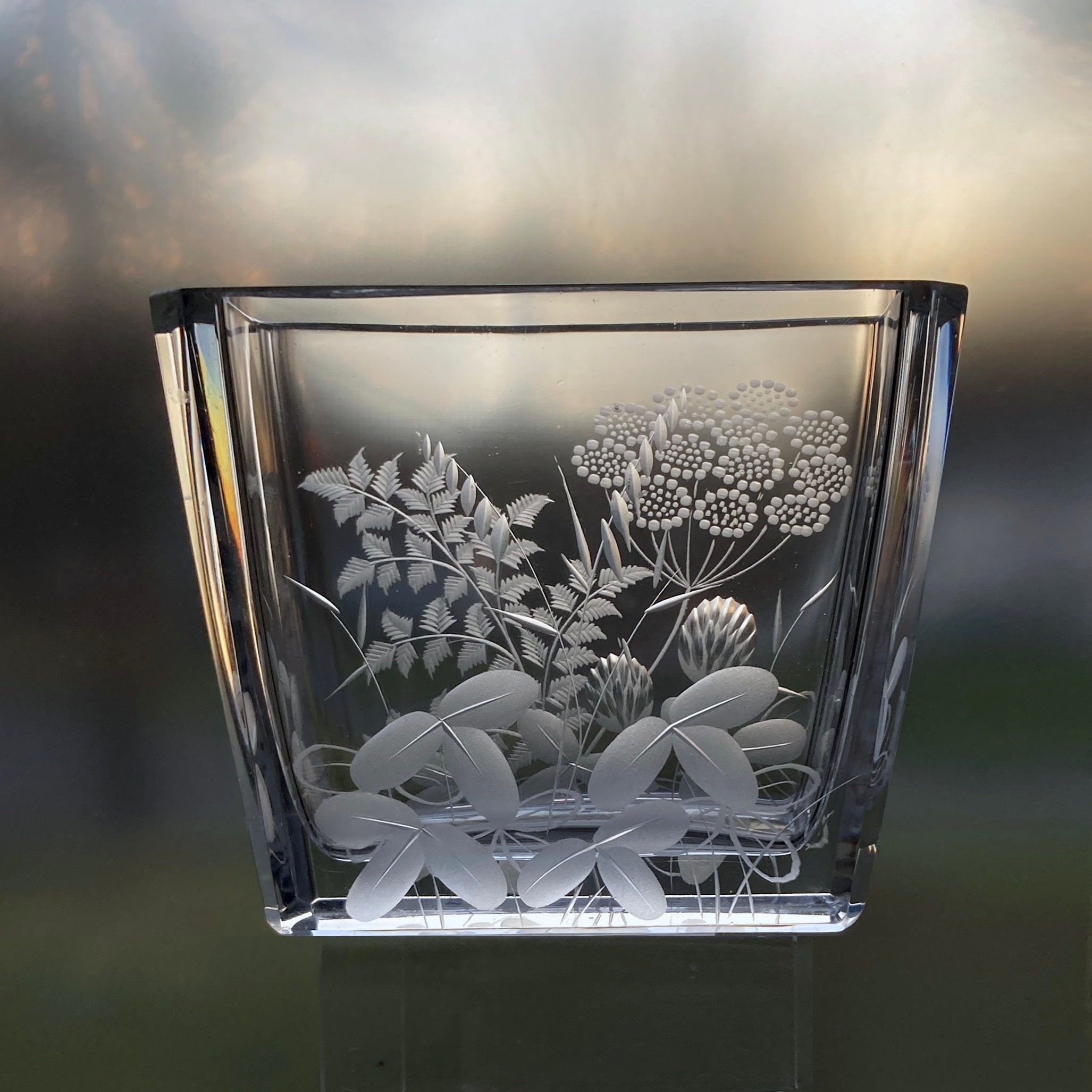 Here is another exquisite example of copper-wheel engraved crystal from the Kjellander family of Sweden. Four generations of master glass carvers trained and worked at Kosta, from 1825 to 1924: Lars 1799, Erik 1830-1916, Lars Johan, 1868-1931, and his two sons, Åke, 1903-1989, and Nils, 1907-1991. In 1924, Lars Johan and his sons opened their own workshop in Vetlanda, called Kjellandrarnas Verkstad. The brothers, Åke and Nils, continued their work there until 1983. This remarkable vase depicts Swedish wildflowers, close-up, and engraved on all four sides! The result is rich layers of flowers, as you would see in nature.

The vase is a perfect size for display, 2.75" x 6" x 5", and it weighs four pounds. It would make a stunning decor piece on a sunny windowsill, in a sparkly china cabinet, on a desk, or set among the pretty things on a dresser or shelf. The original owner bought it in Sweden.