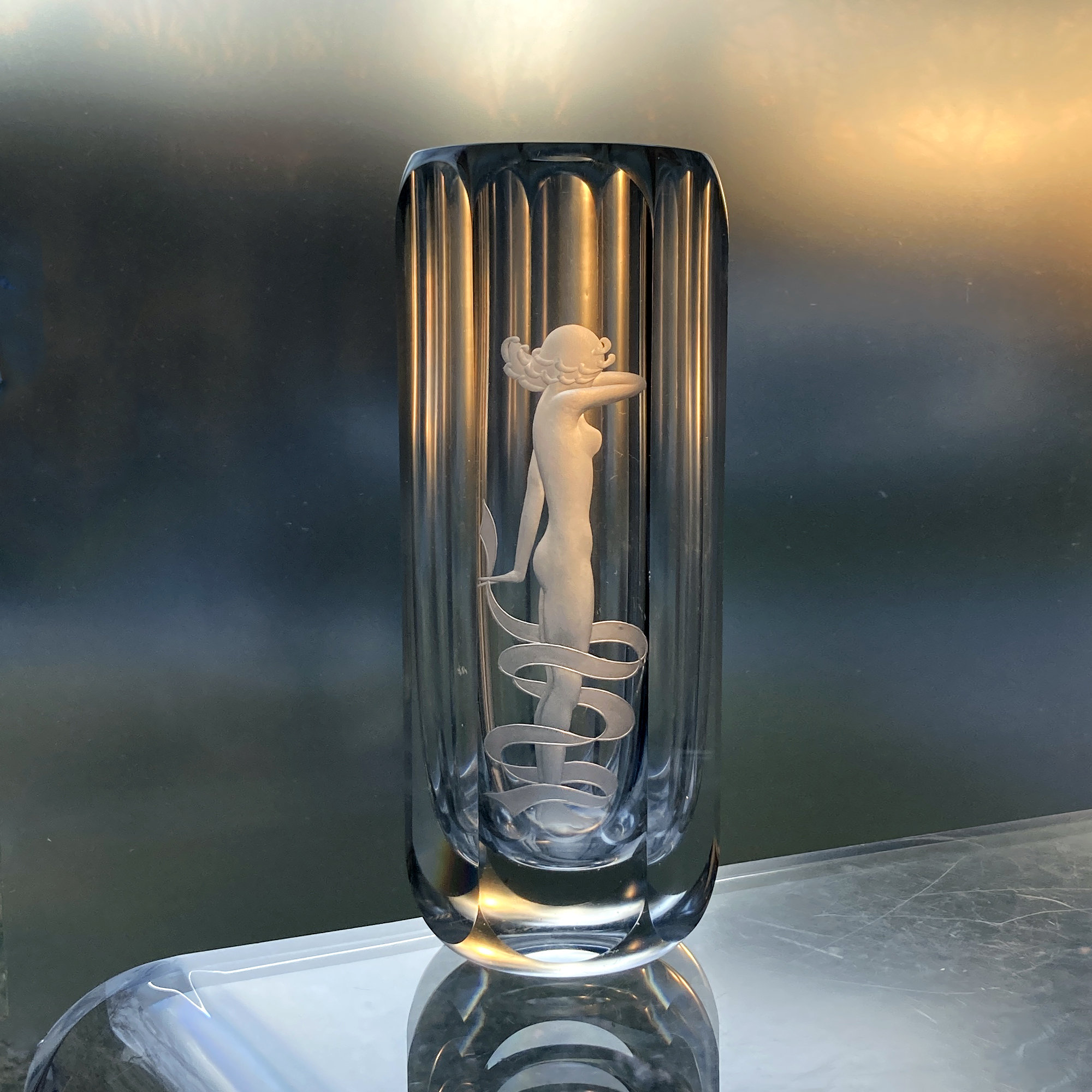 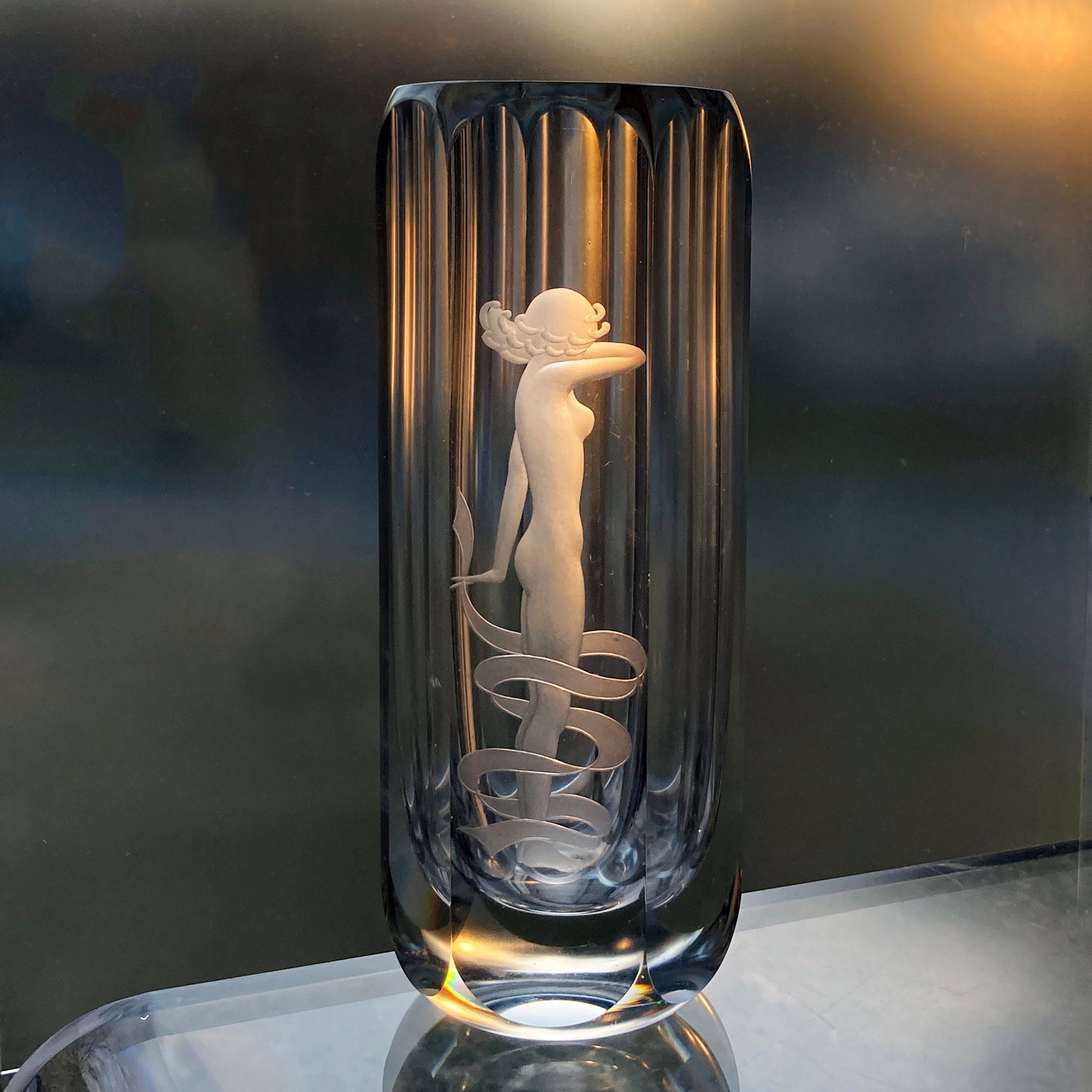 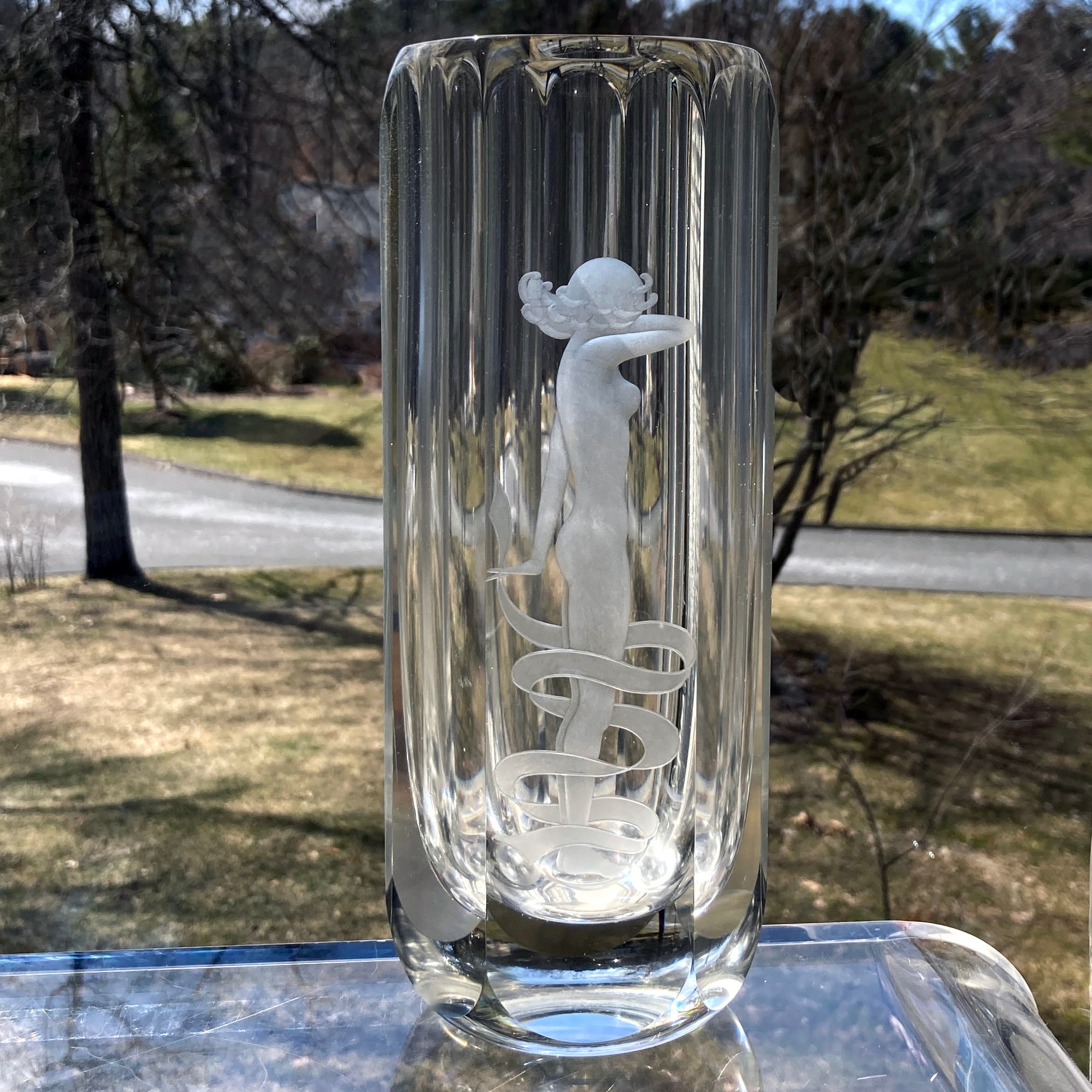 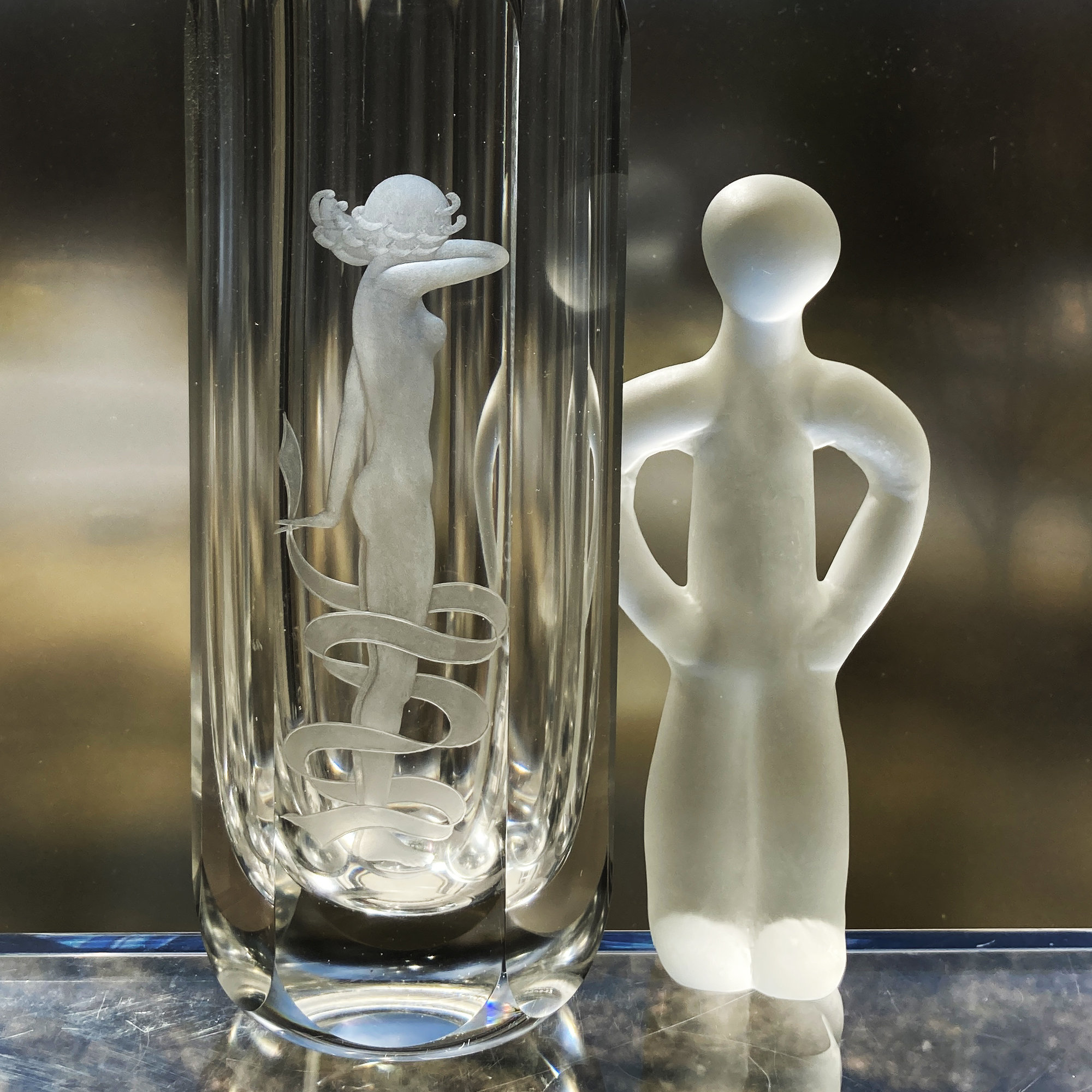 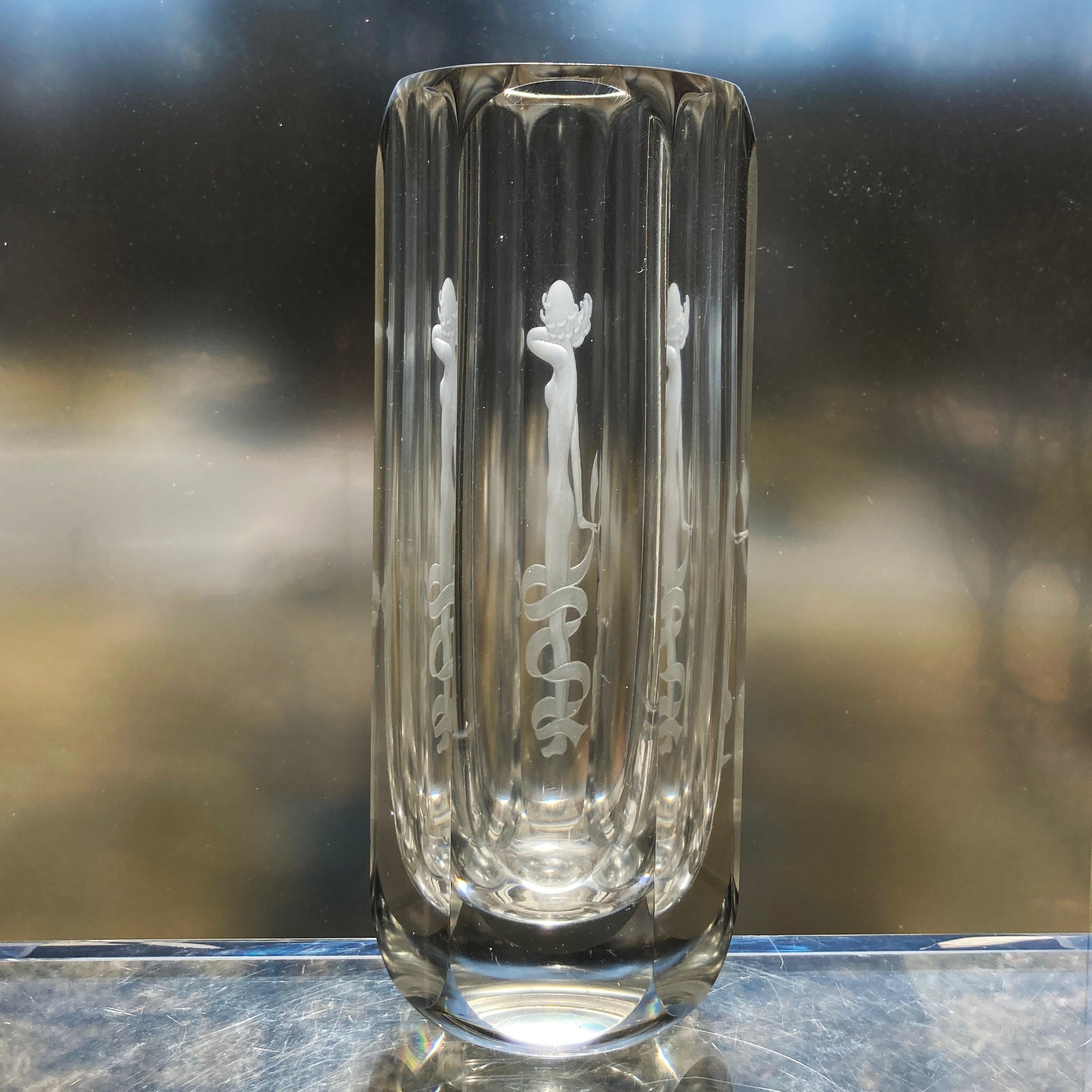 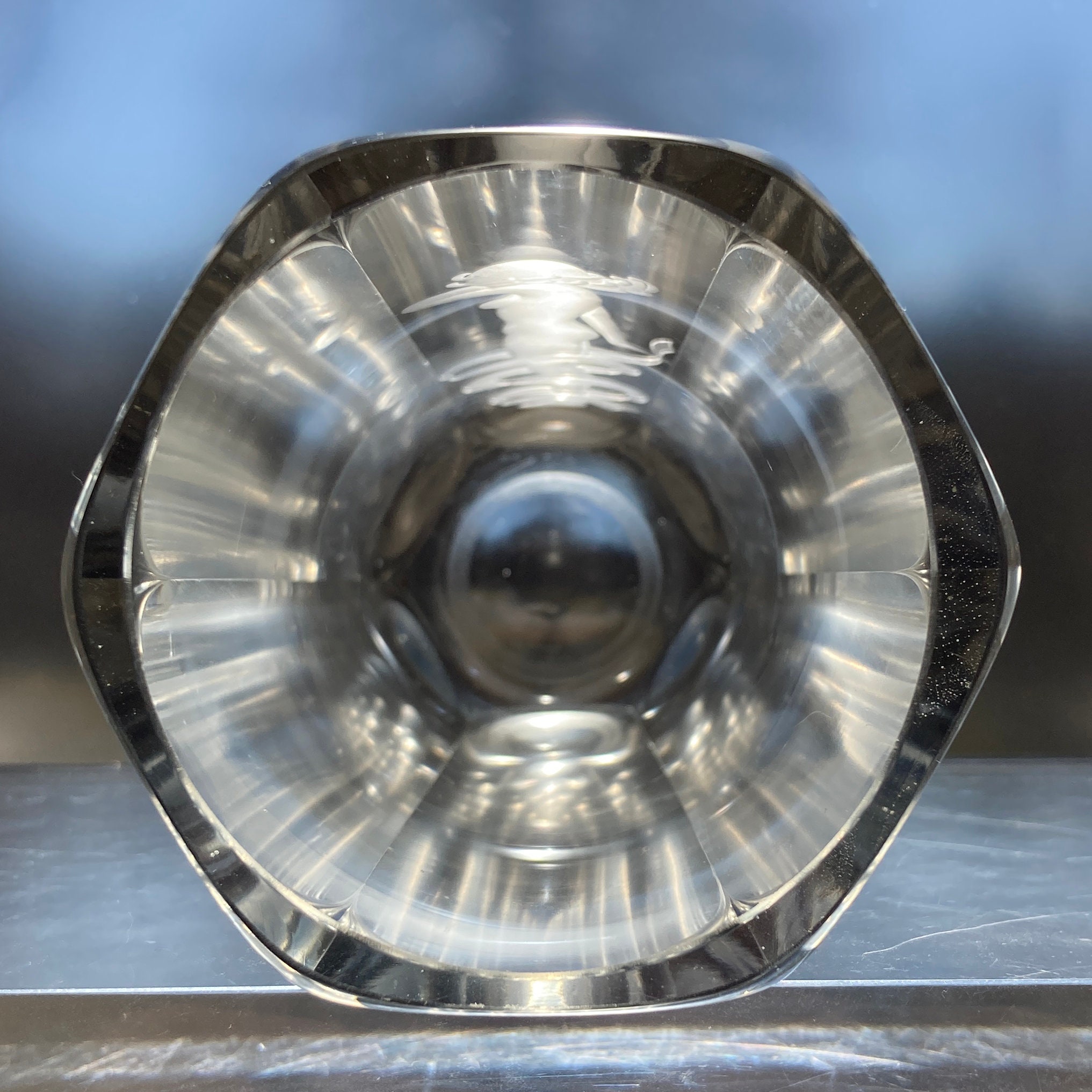 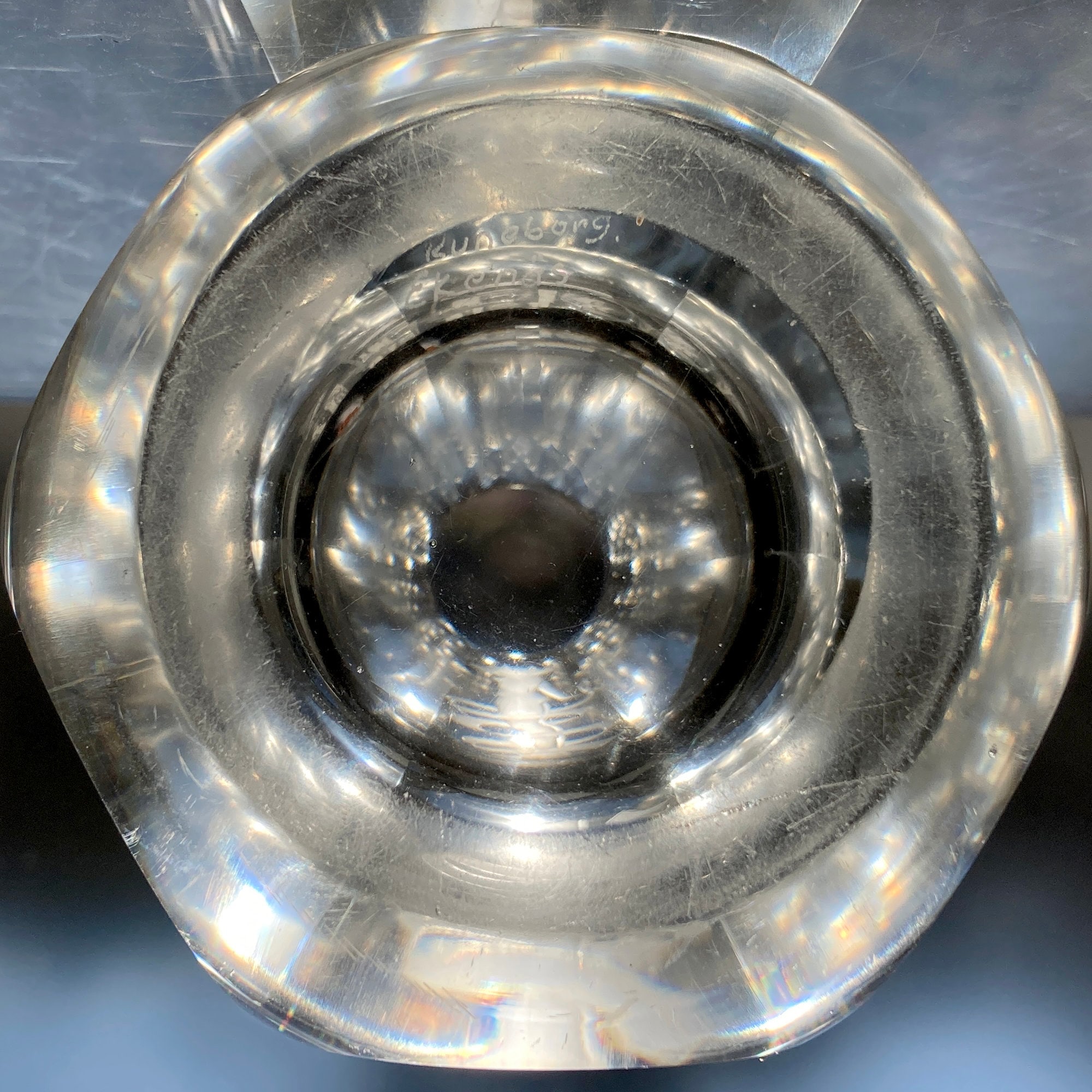 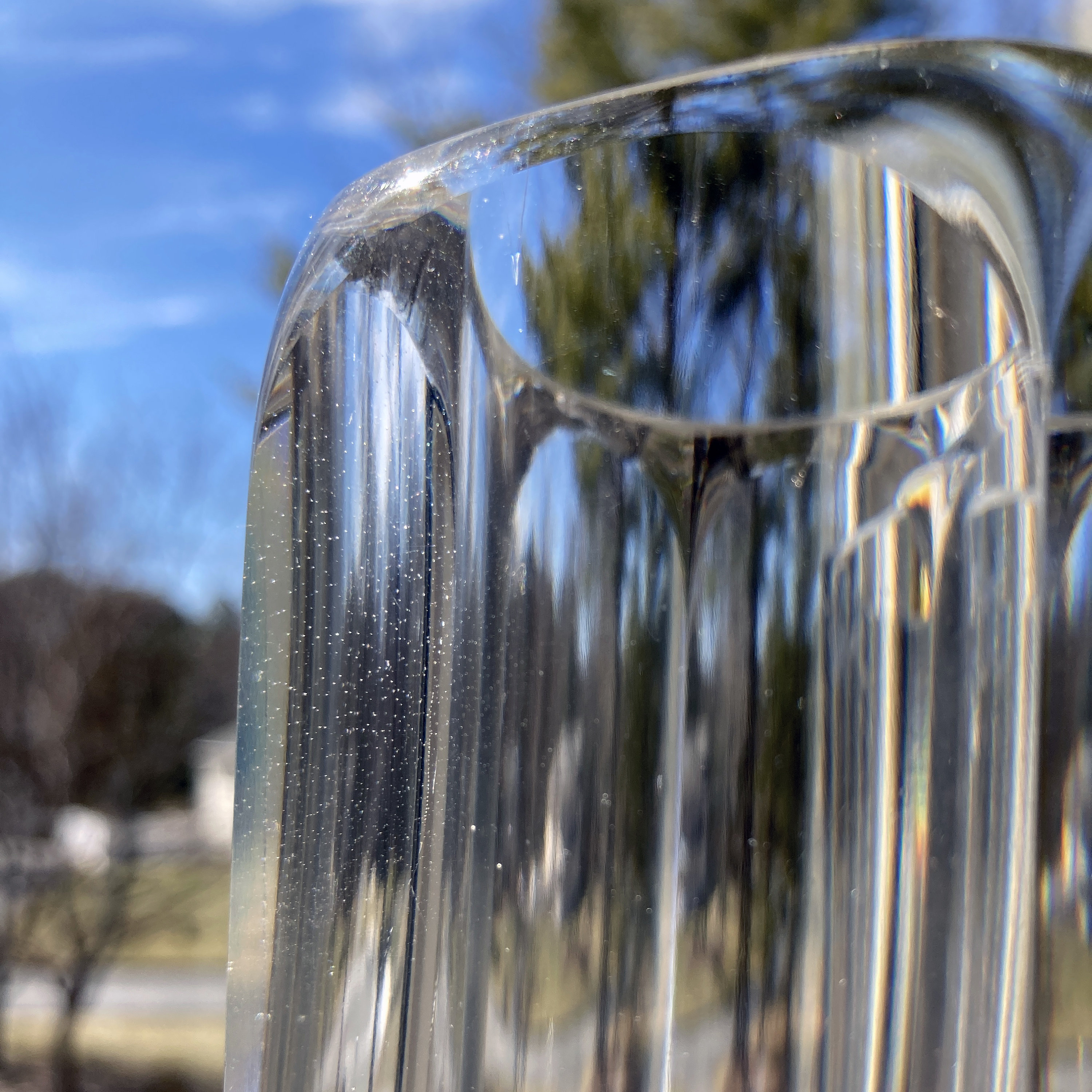 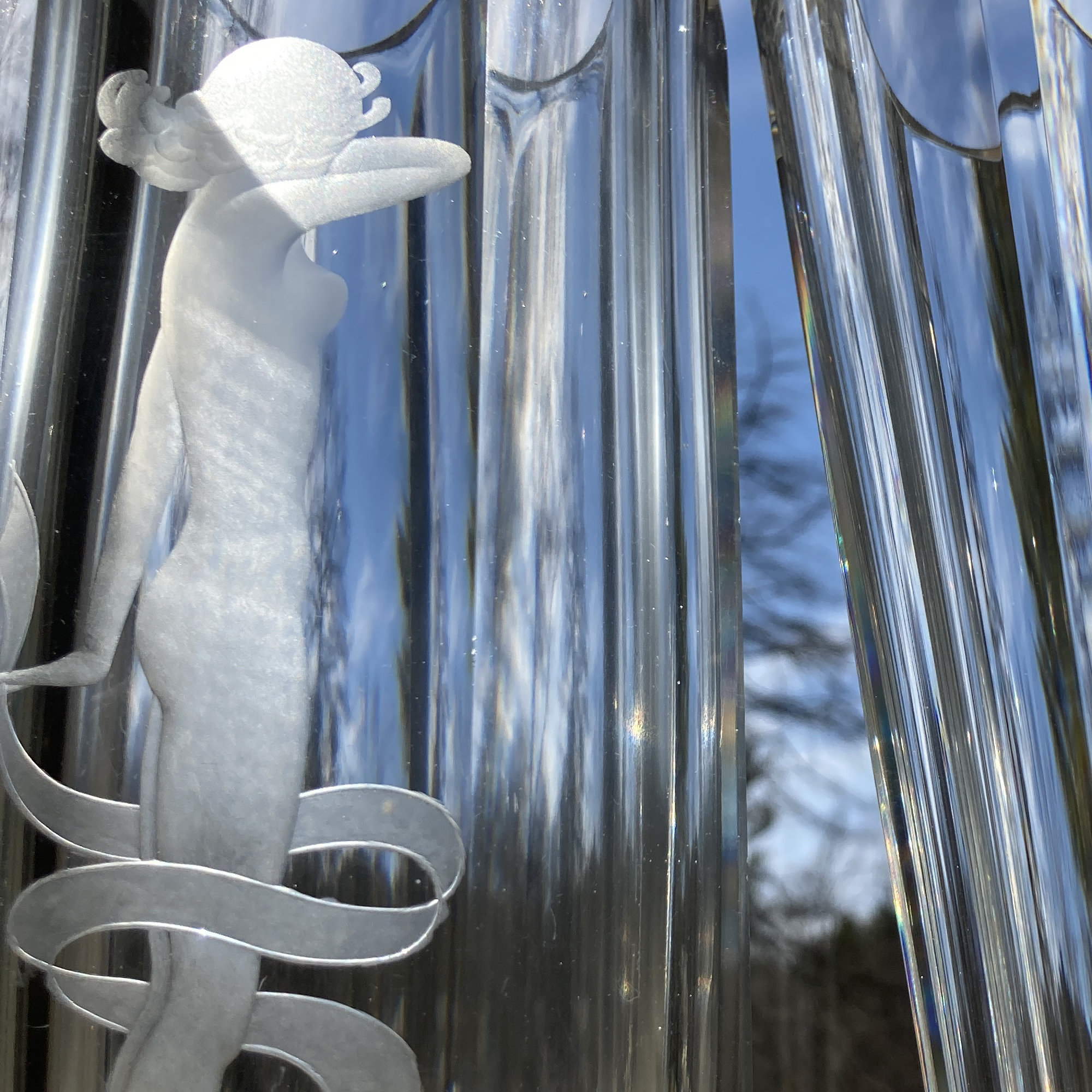 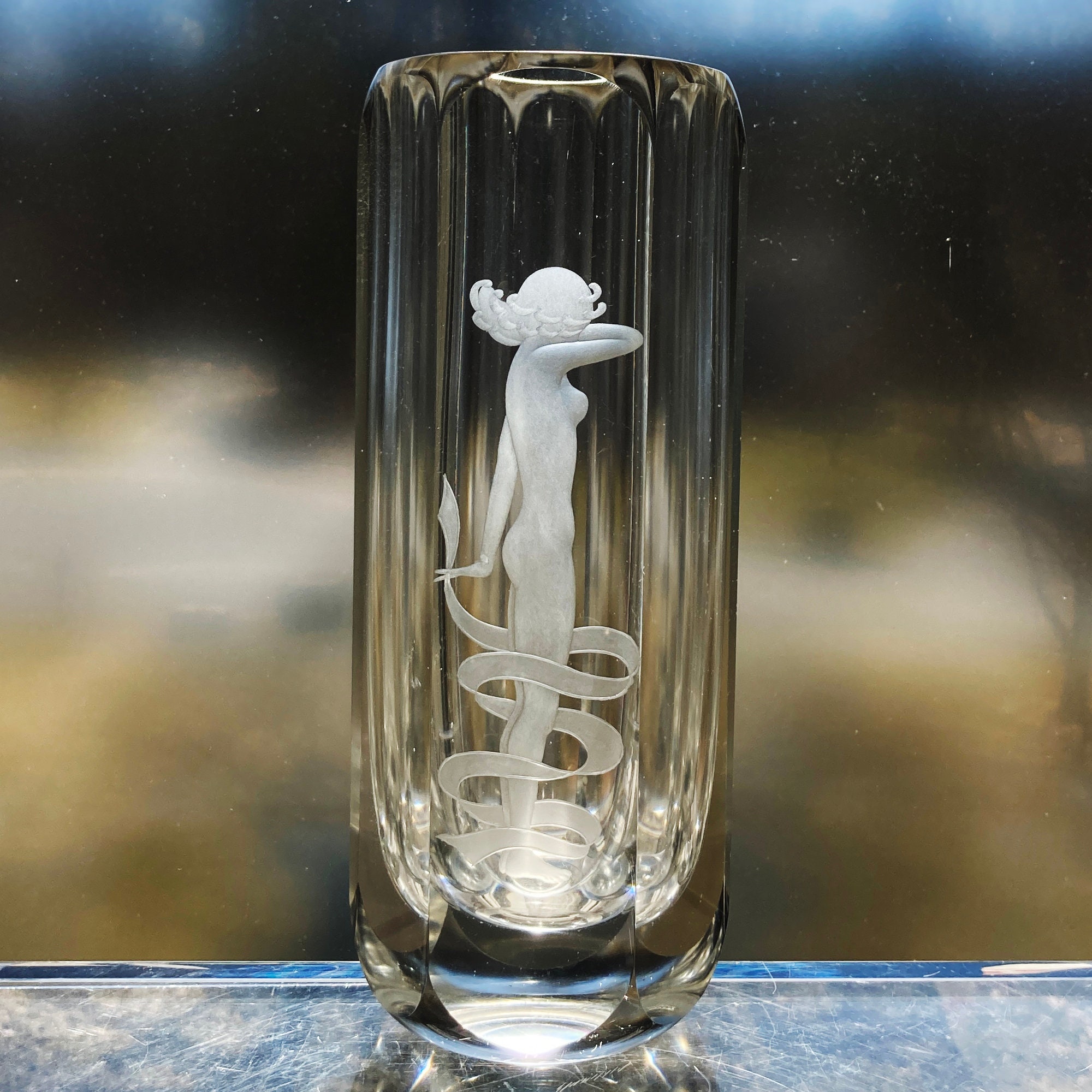 This beautiful copper-wheel engraved vase was designed by Greta Runeborg and likely engraved by Gert Claesson, who was a craftsman at Ekenäs Glassworks for many years. It was probably made in the in the mid 1940s, while Runeborg was artistic director at Ekenäs. The vase is a perfect size for displaying on a shelf or in a cabinet. It is about 4" x 4" x 8.5", and it weighs 2.5 pounds. It is in fairly good vintage condition, with no significant chips, but the interior seems somewhat worn, and the crystal has many fine bubbles and small scratches. The condition is considered in setting the price.