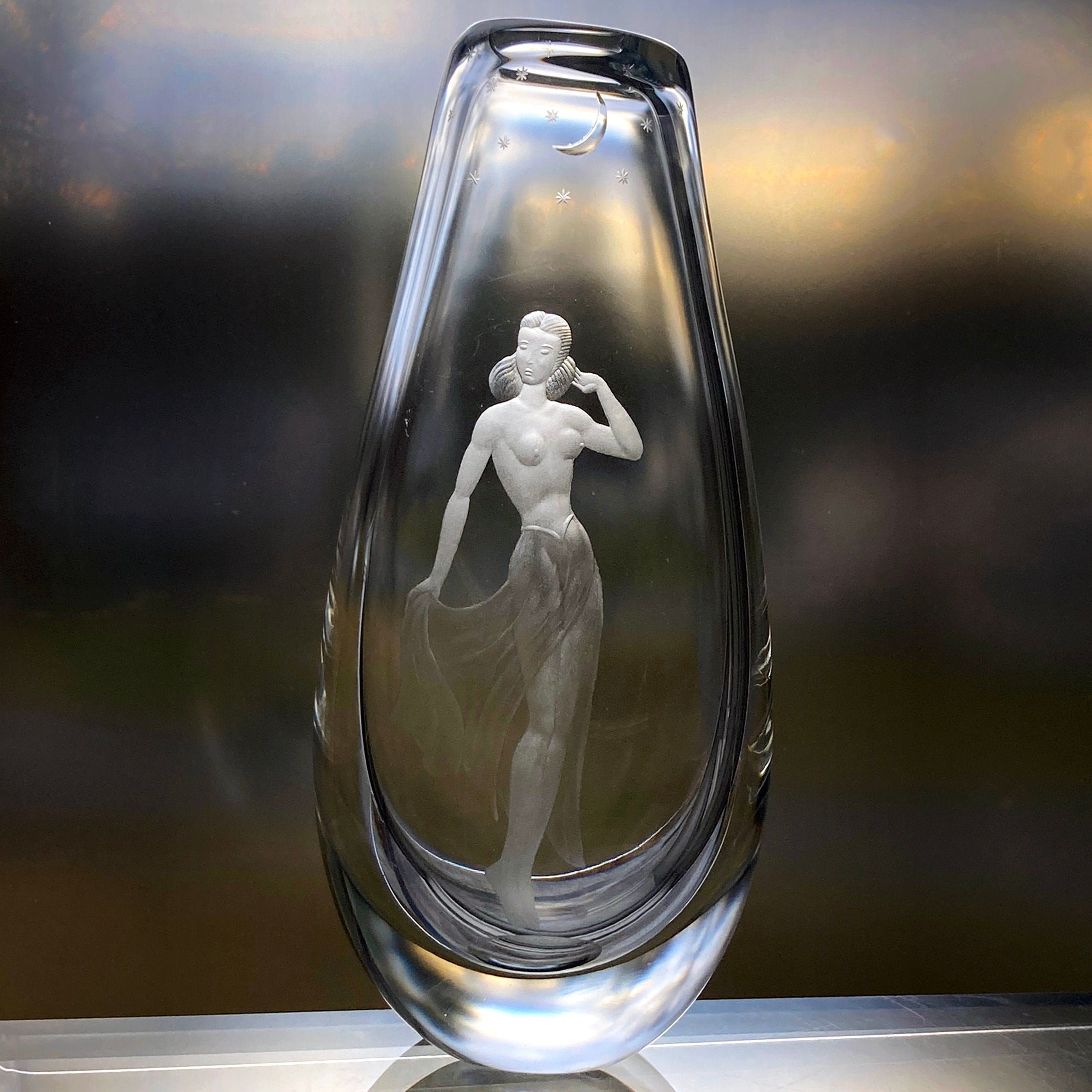 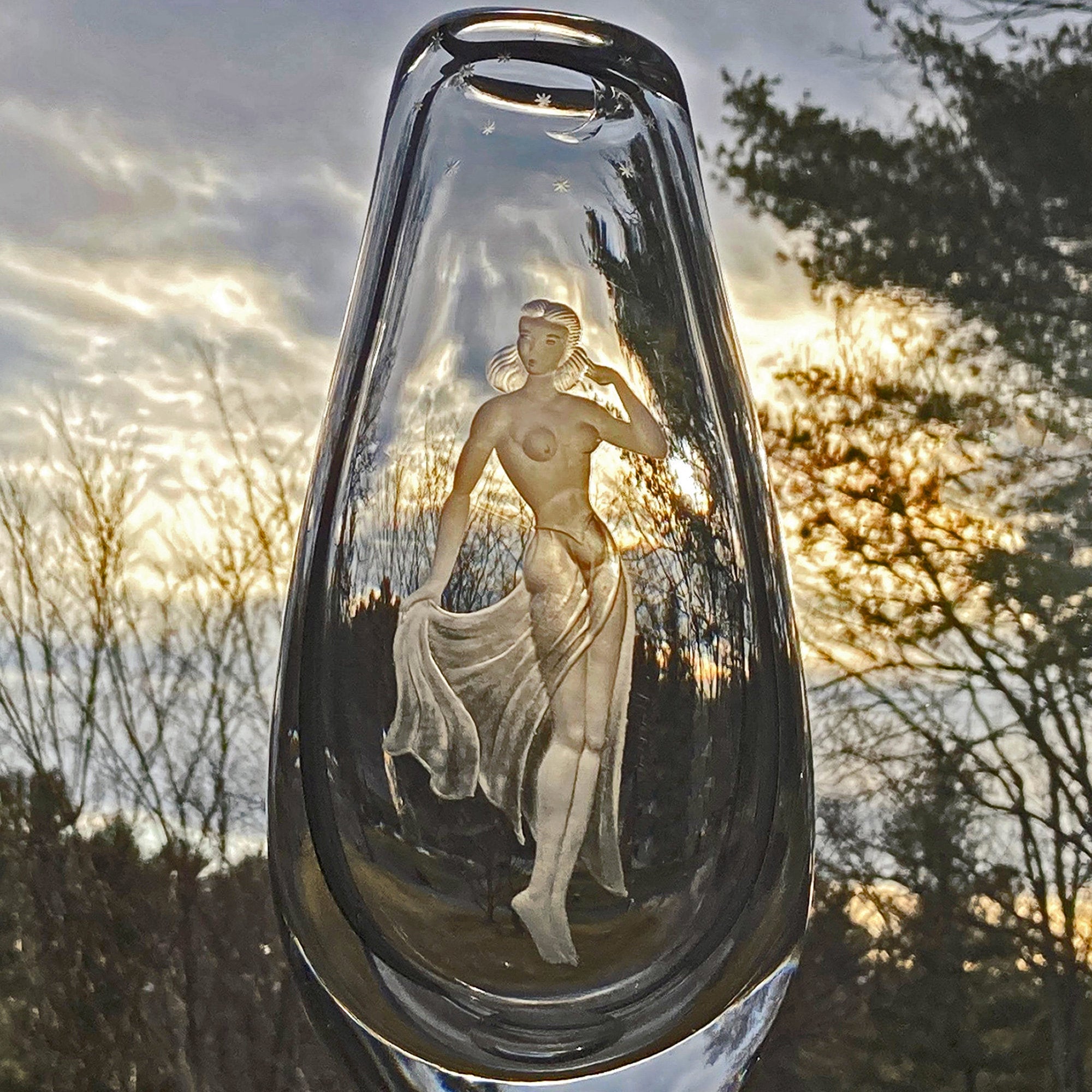 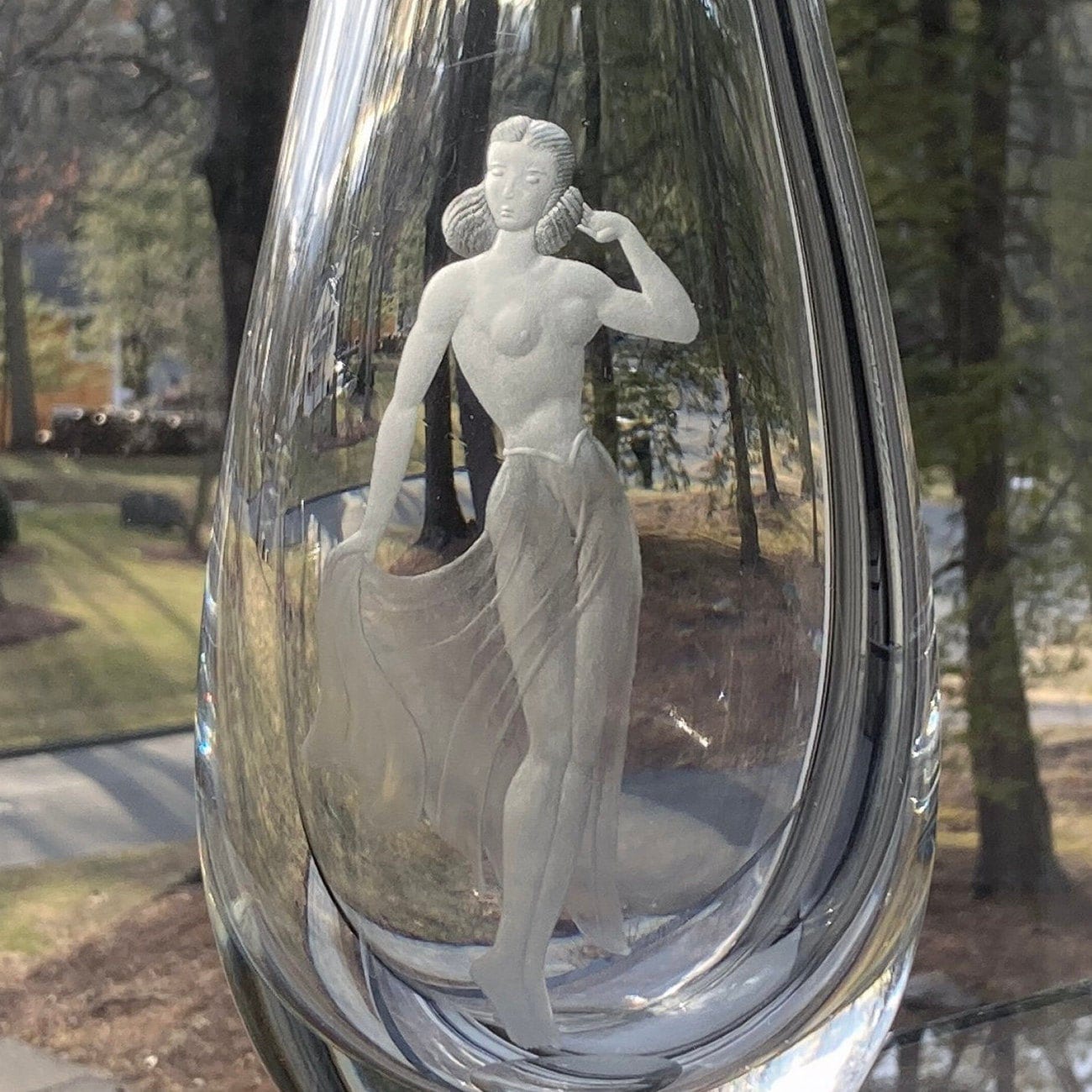 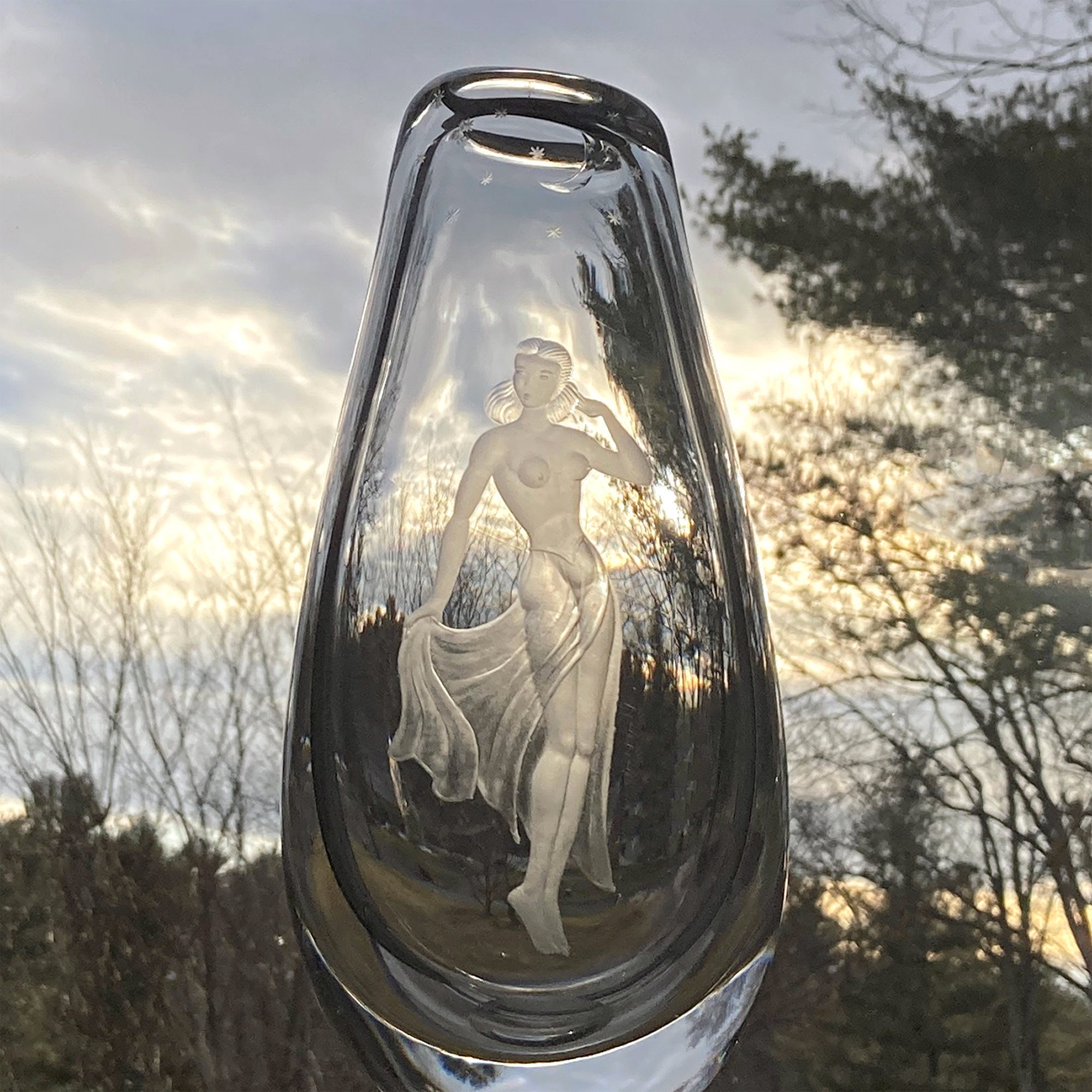 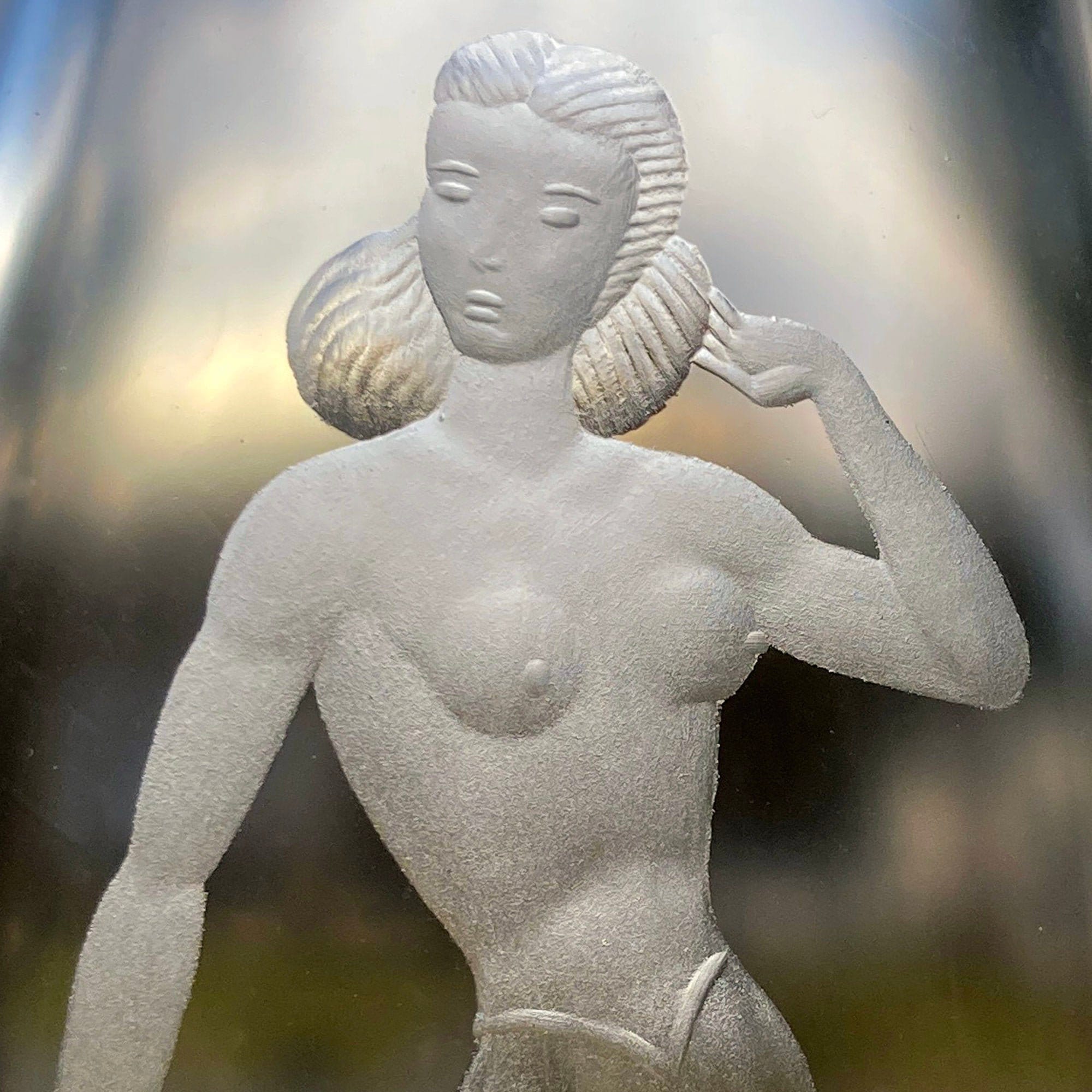 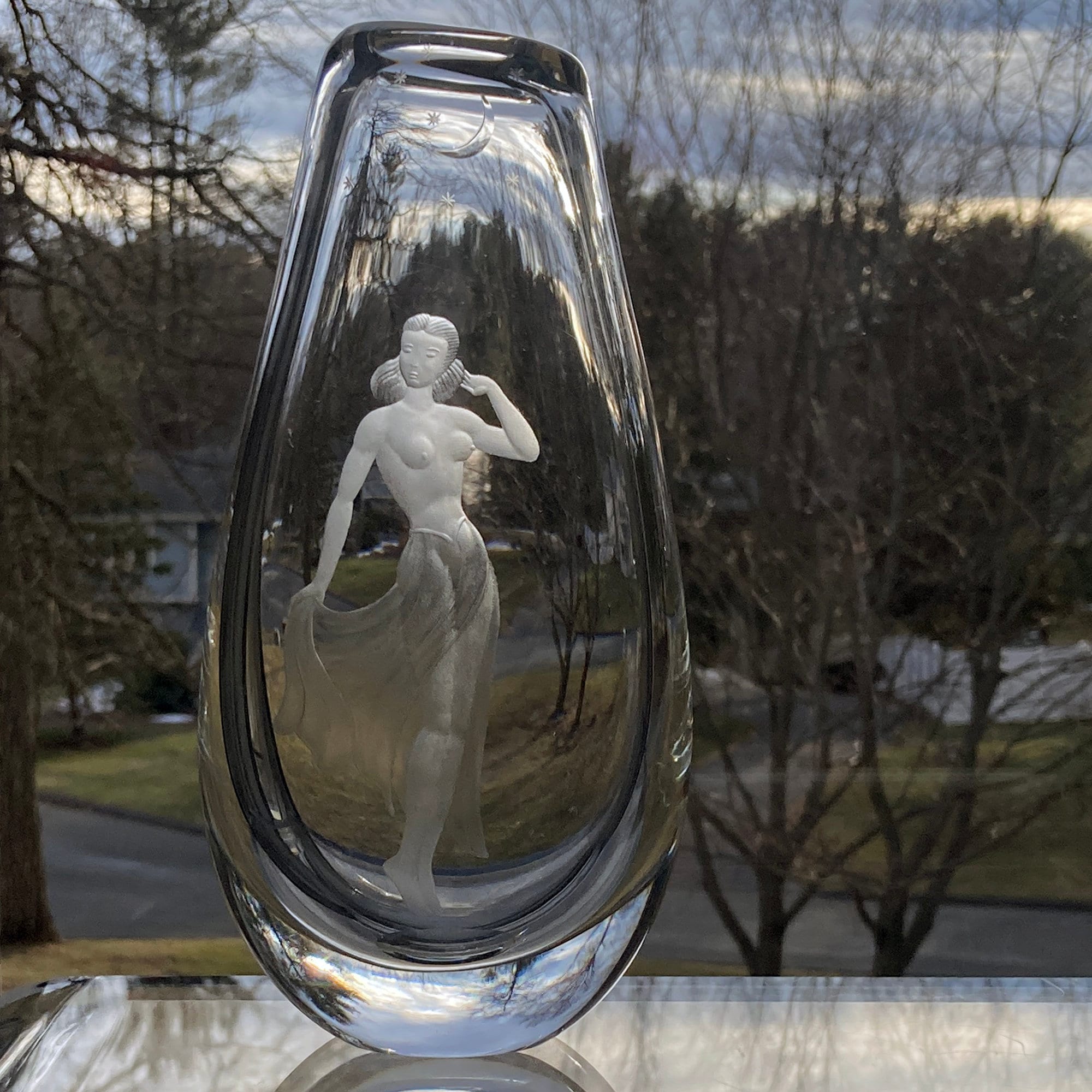 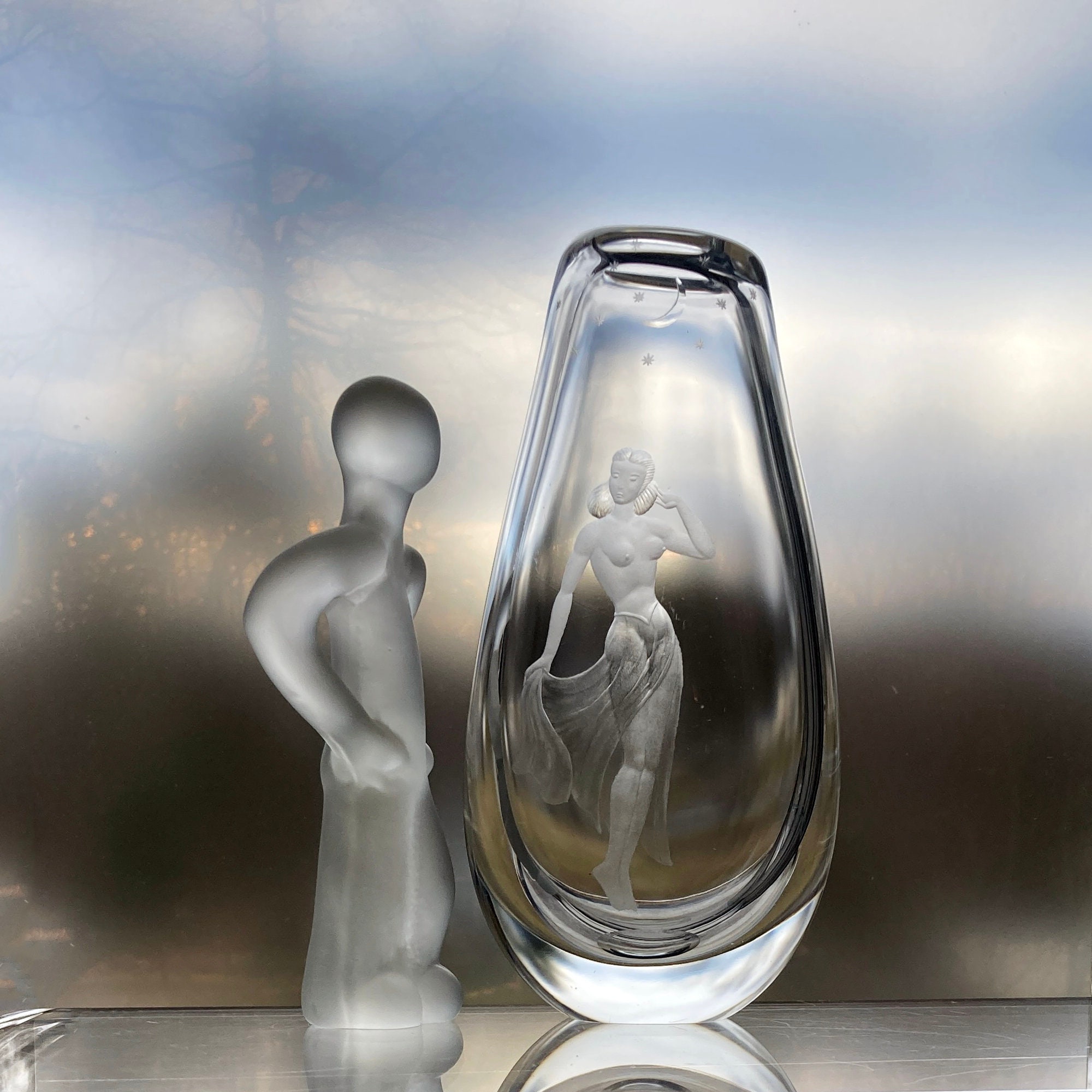 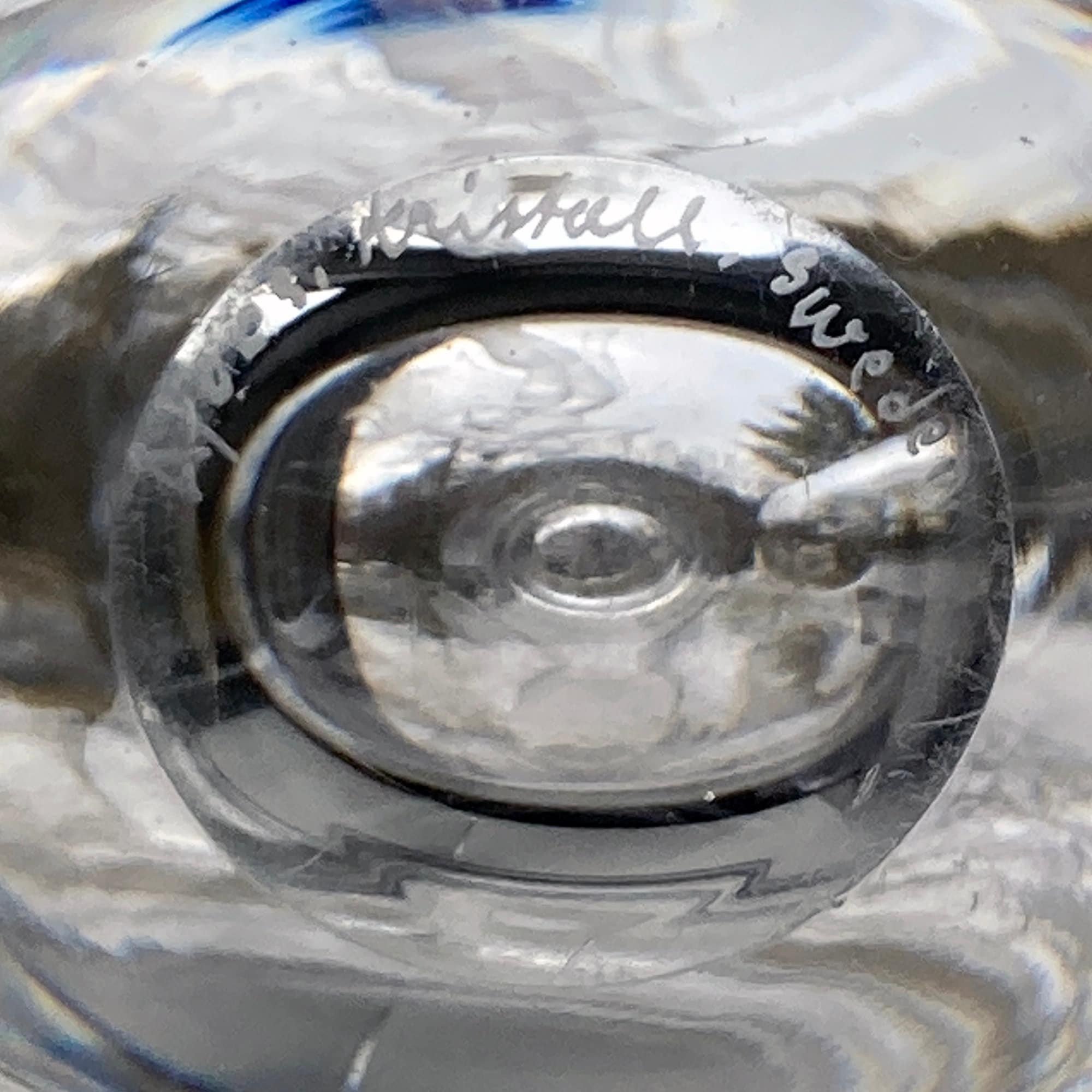 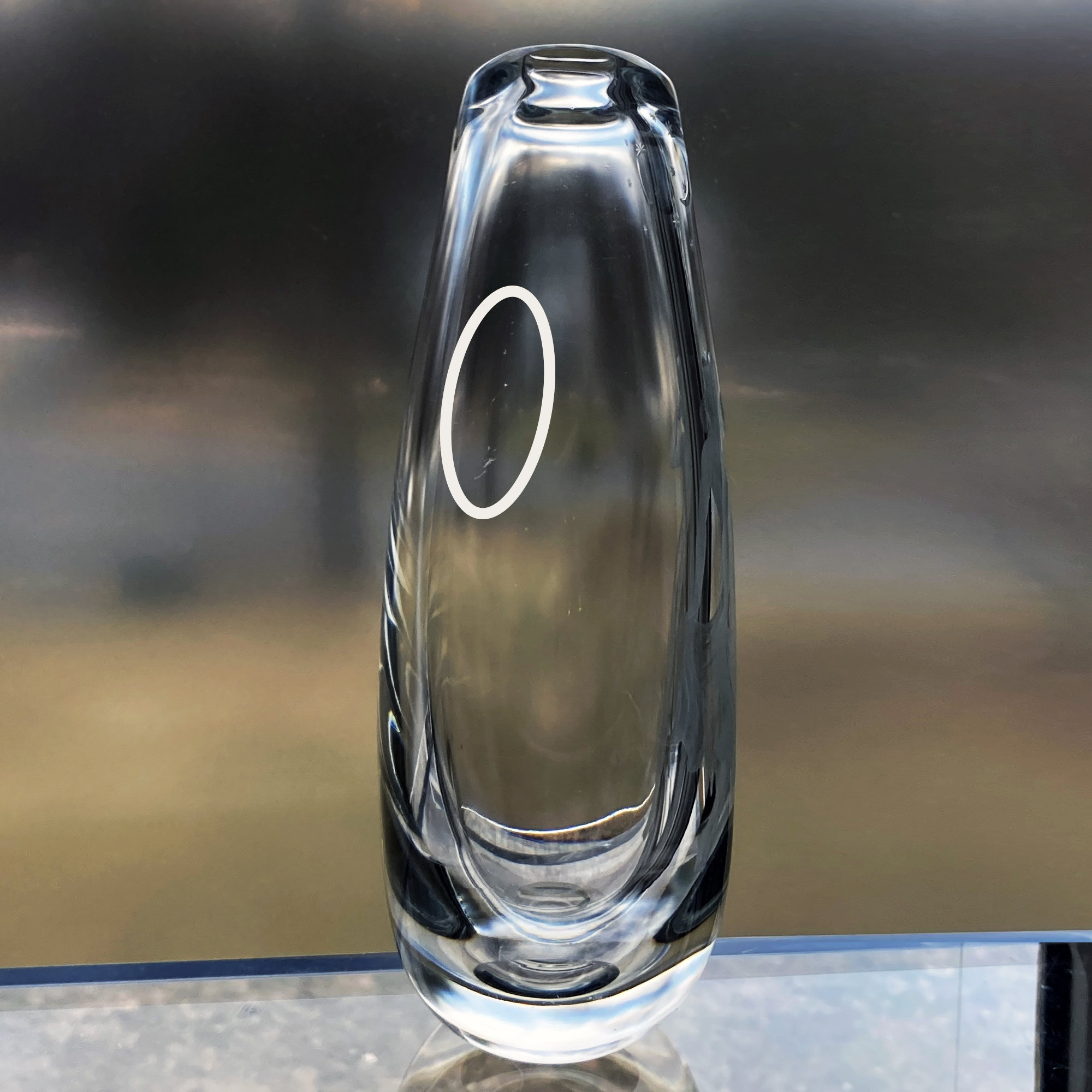 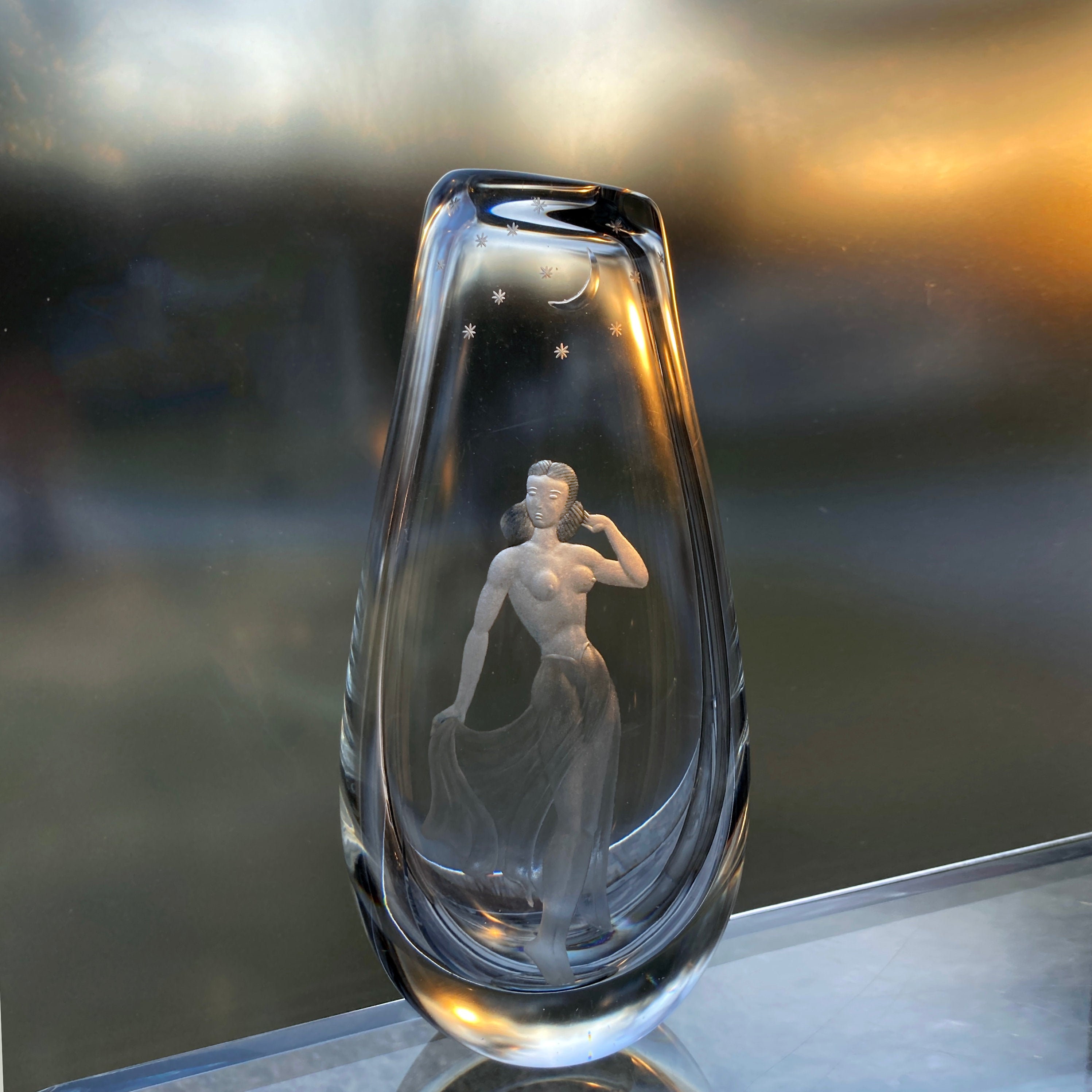 A rare and significant piece from Åfors Glassworks in Sweden, this vase was most likely designed by Edvin Ollers. The glamorous woman is carefully portrayed in only a sheer skirt, looking all the picture of 1940s sophistication and allure. The crystal vase is hand blown and engraved with the traditional copper-wheel process. Fully signed, this beautiful, one-of-a-kind vase is 4" wide and 8.5" tall - a perfect size for display. It has a few minor scratches, but otherwise it is in very fine condition.

Åfors was founded in Smaland in 1876 by C.F. Fagerlund, Oscar Fagerlund, Alfred Fagerlund and Carl Carlsson. In 1916 the glassworks were purchased by Oscar Johansson, and in 1917, his son, Ernst Johansson, changed its name to Åfors. Ernst Johansson retained control of the glassworks until it was sold to Kosta Boda in 1976. It was then renamed Kosta Boda AB. In the beginning, Åfors produced only a variety of household wares, and in 1910 they began to produce painted, cut and etched glass. In the period up to the late 1940s, a variety of artists such as Karl Zenkert and Karl Diessner (both for painted glass), and Astrid Rietz and Edvin Ollers worked for the Åfors. In 1953 Ernest Gordon joined Åfors and made famous and classic designs for the company. In 1963, Ernest Gordon was succeeded by Bertil Vallien, who came back to Sweden after having worked several years in the USA as a ceramics designer. Vallien had no experience in glass design when he came to Åfors and he experimented with sand-casting, sandblasting and hot-glass ornamentation. His wife, Ulrika Hydman-Vallien, also a ceramics designer by trade, joined him at Åfors in 1972. In the 1970s, Afors started its “Artist Collection”, which was art glass manufactured in small quantities that can be placed somewhere between unique design pieces and standard, mass produced models. The description “Artist Collection” was also used for pieces that were signed Kosta or Boda, and is still in use as the Kosta Boda Artist Collection today. Most designers, such as Bertil Vallien, Ulrika Hydman-Vallien, Olle Bronzen (joined in 2000) and Gunnel Sahlin (joined in 1986) maintain studios close to the Åfors glassworks.

There seems to be no consistent signature in use until the mid 1980s. Until then, pieces were signed, Åfors, Boda or Kosta, with some numbers representing the model. Due to the inconsistency, dating glass from Åfors and Kosta Boda, from that period remains tricky.