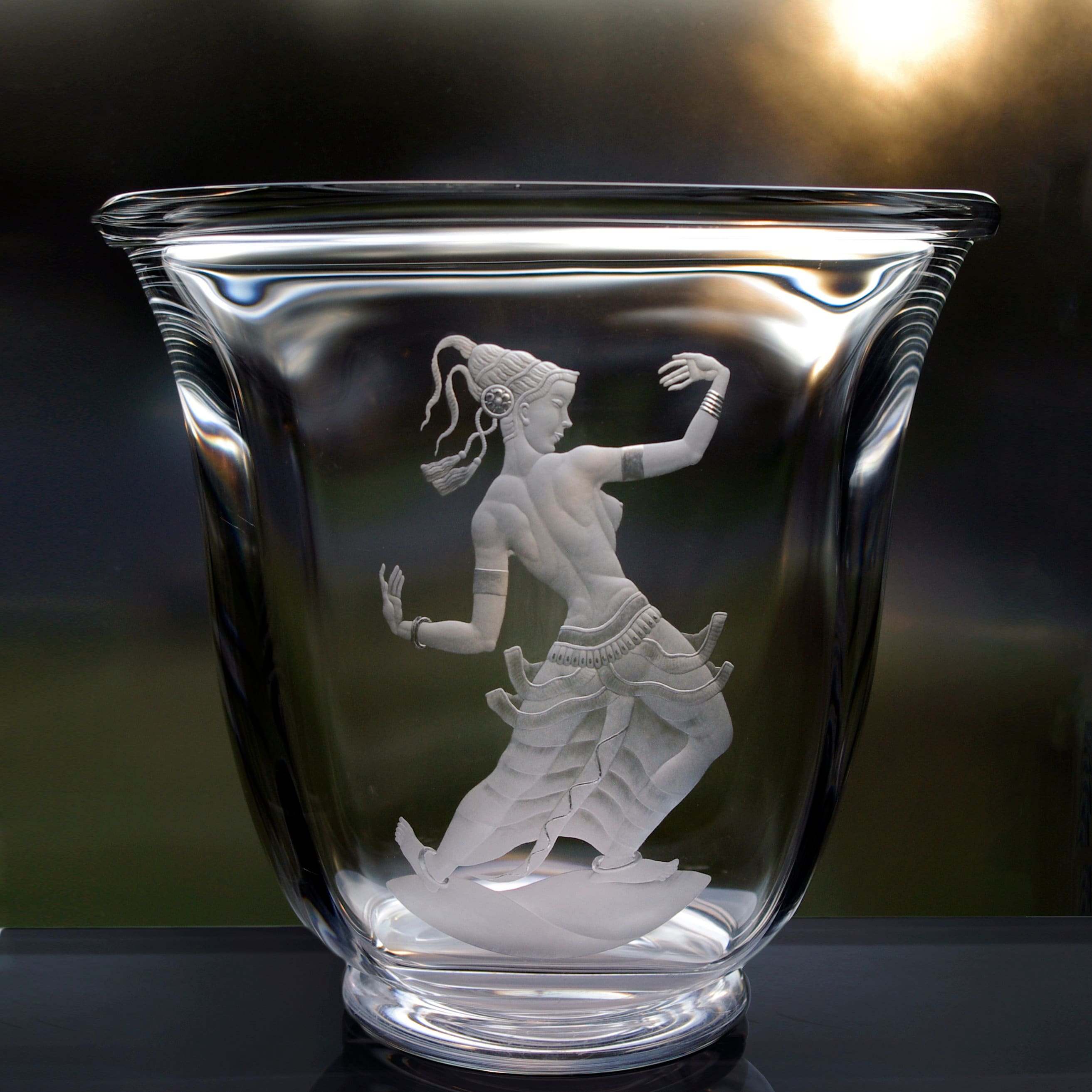 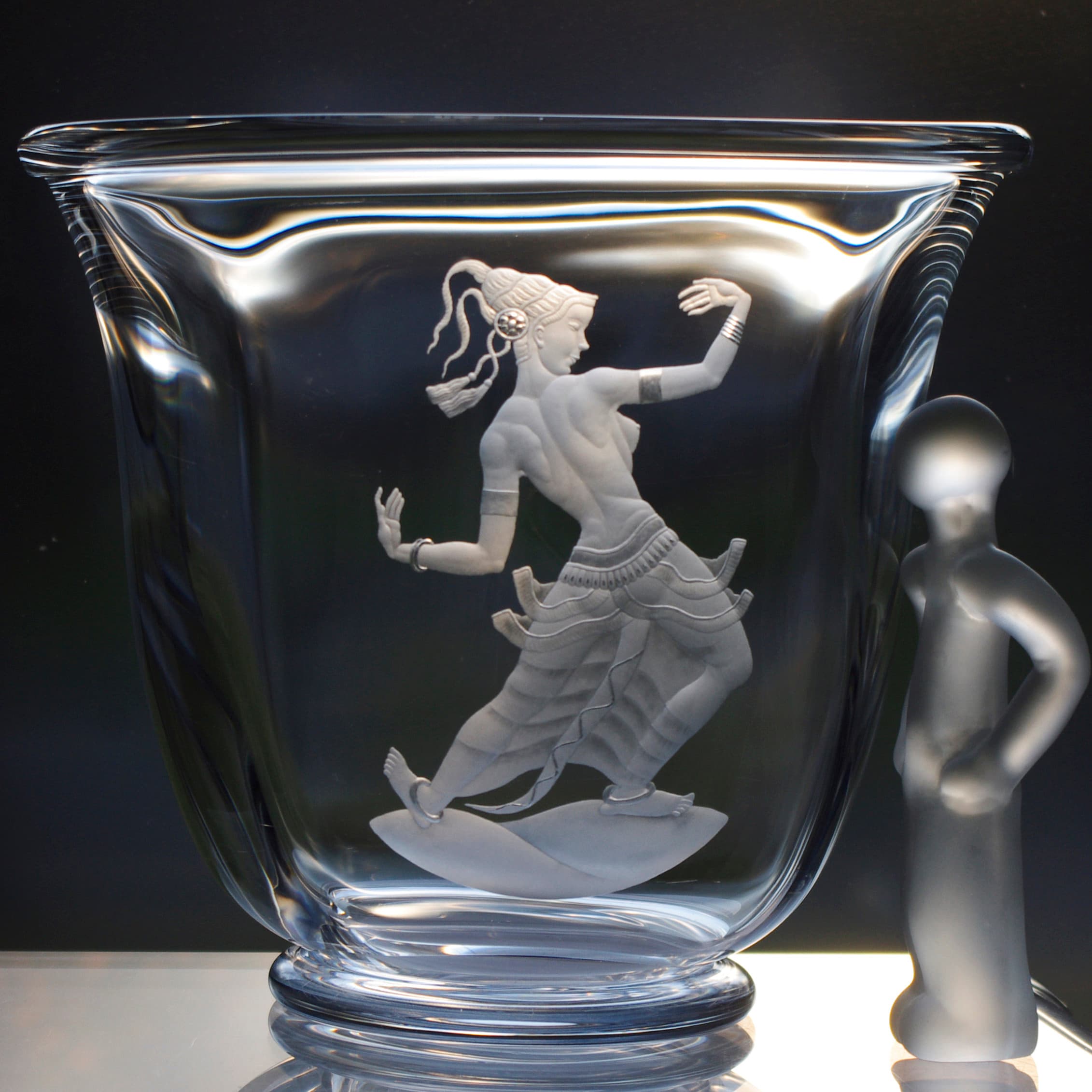 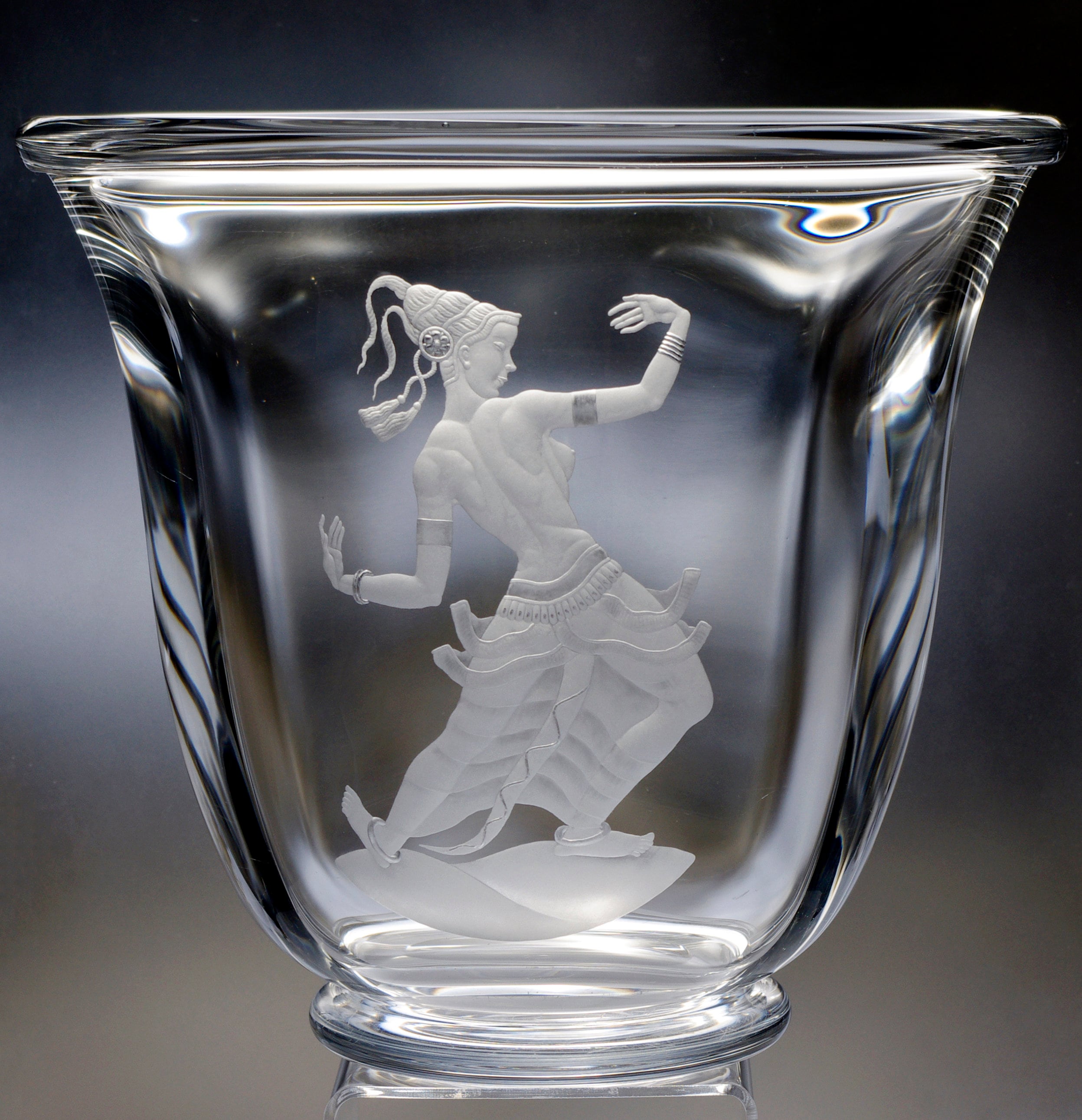 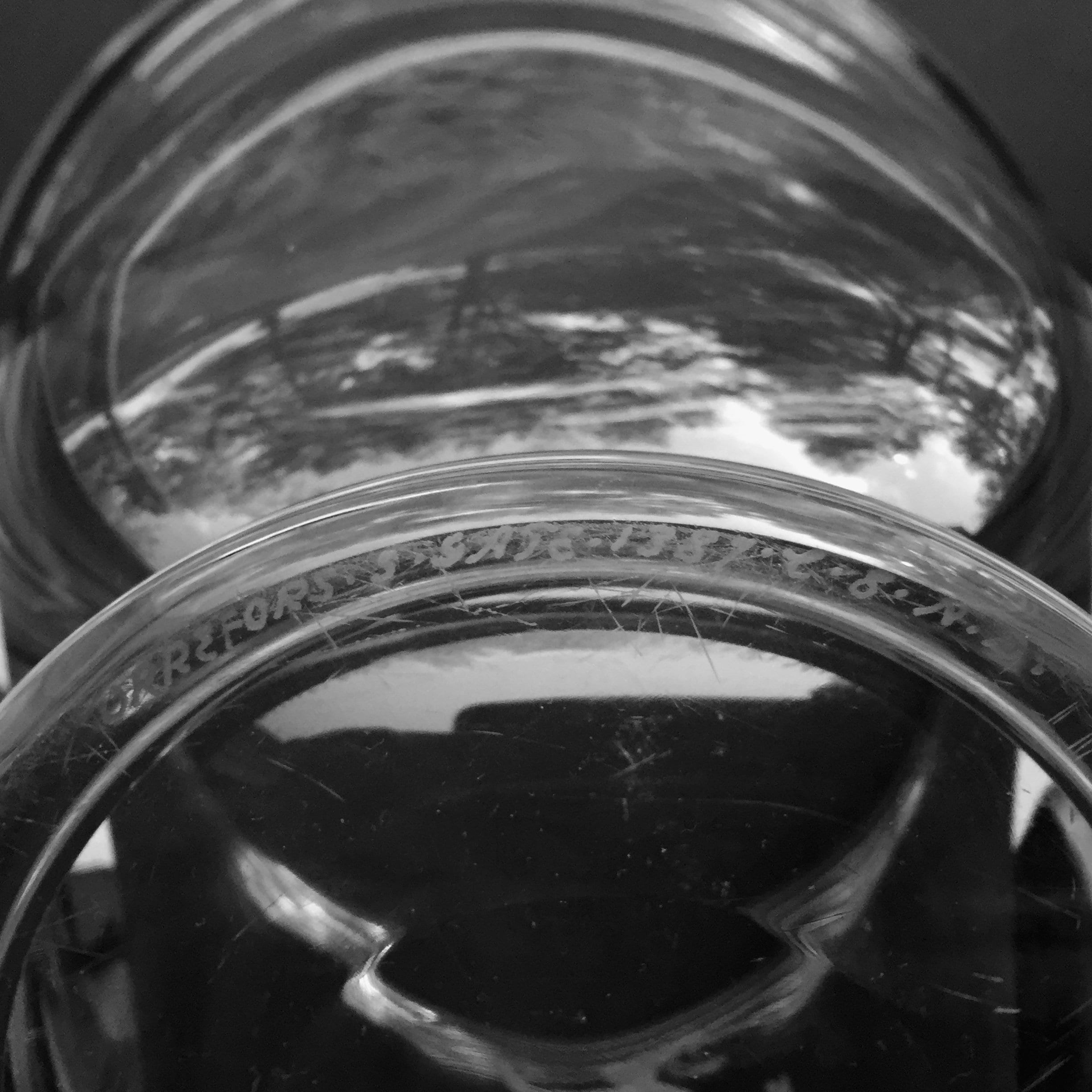 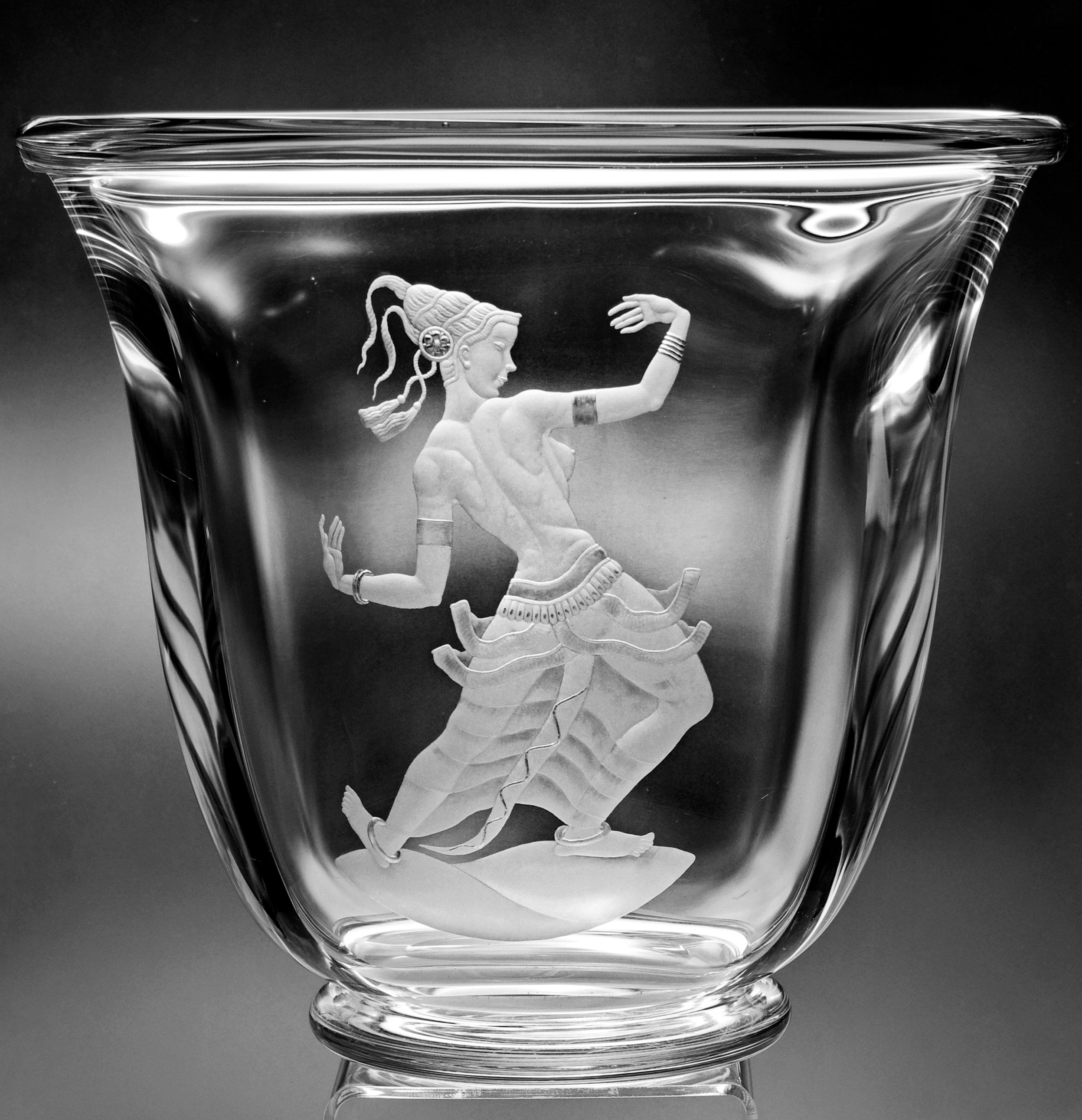 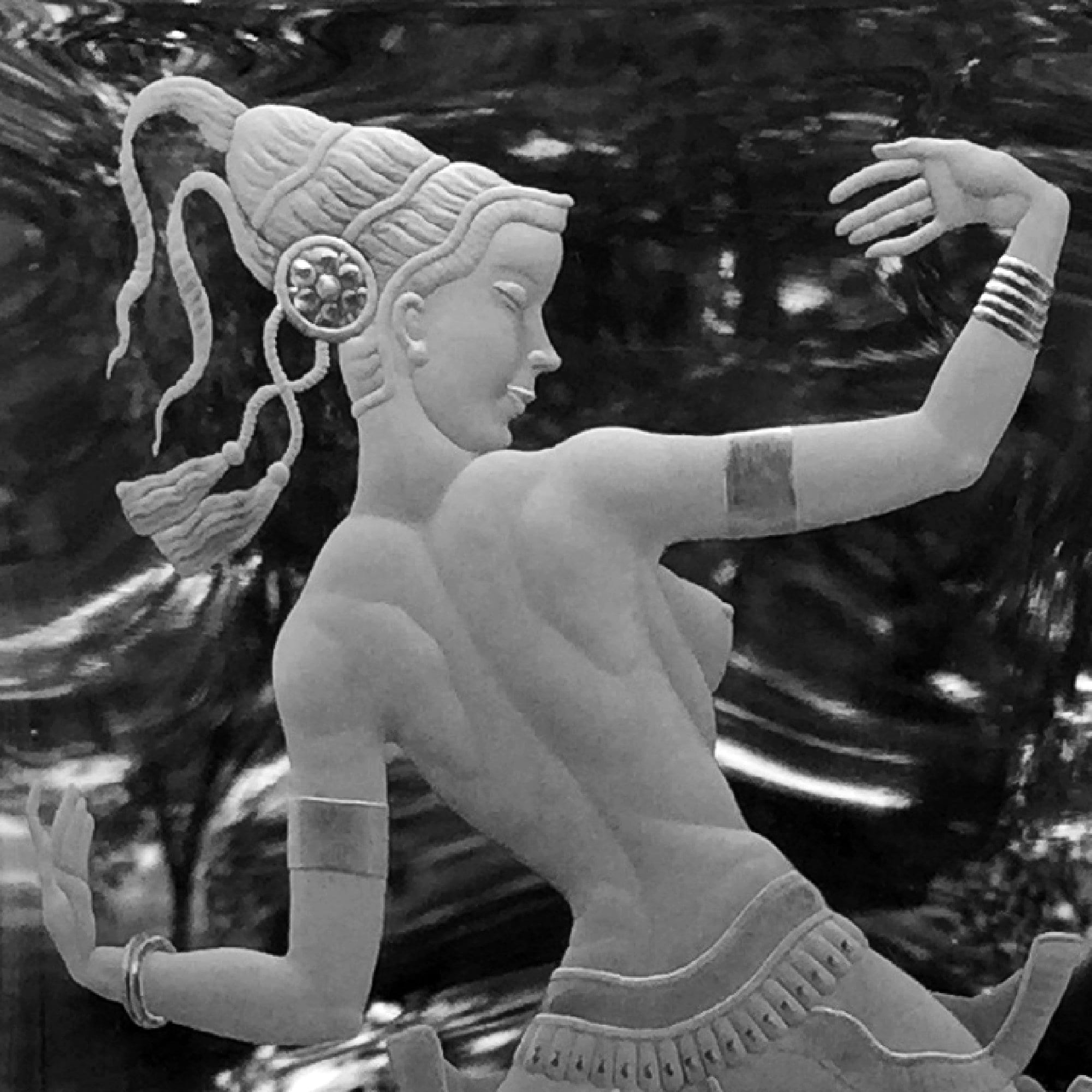 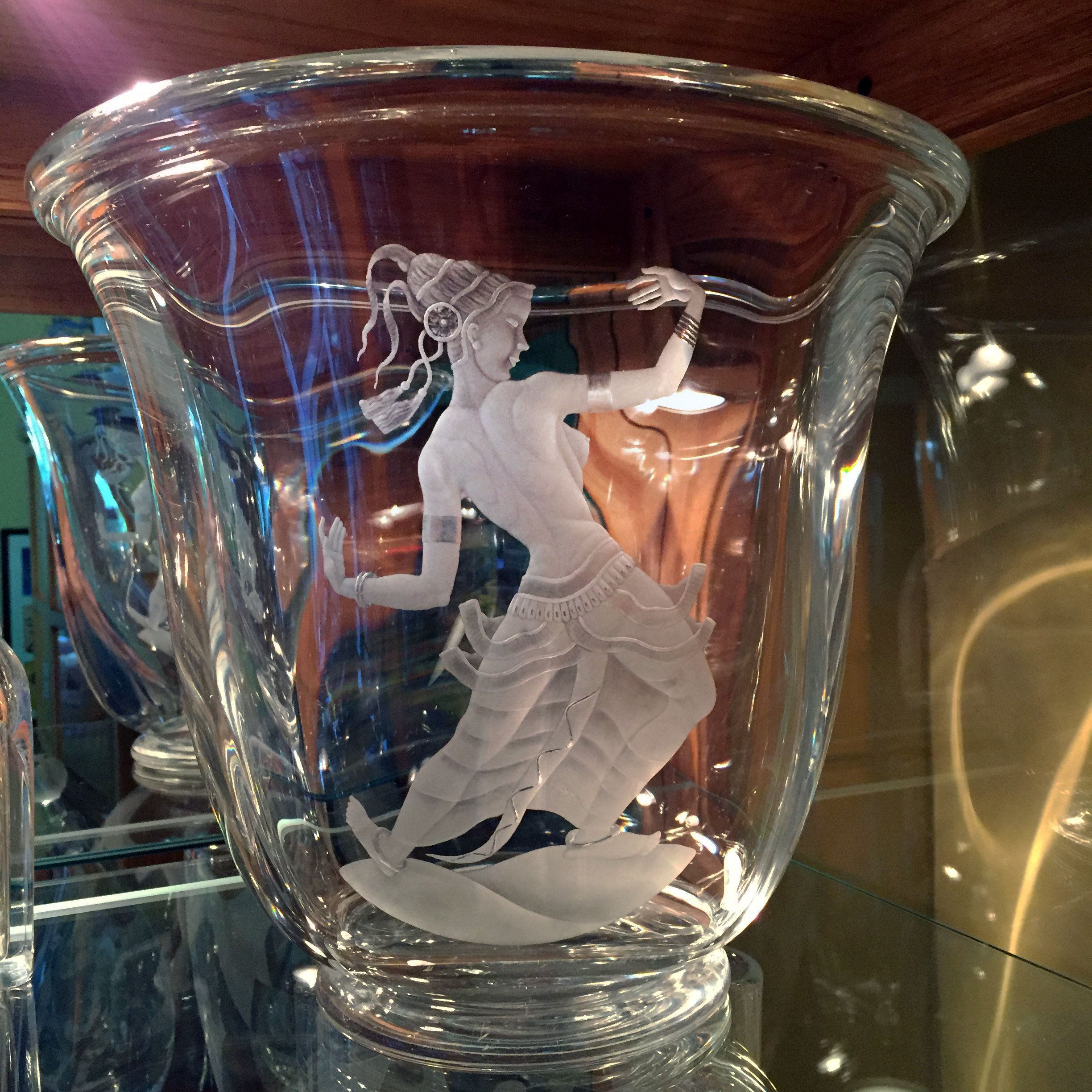 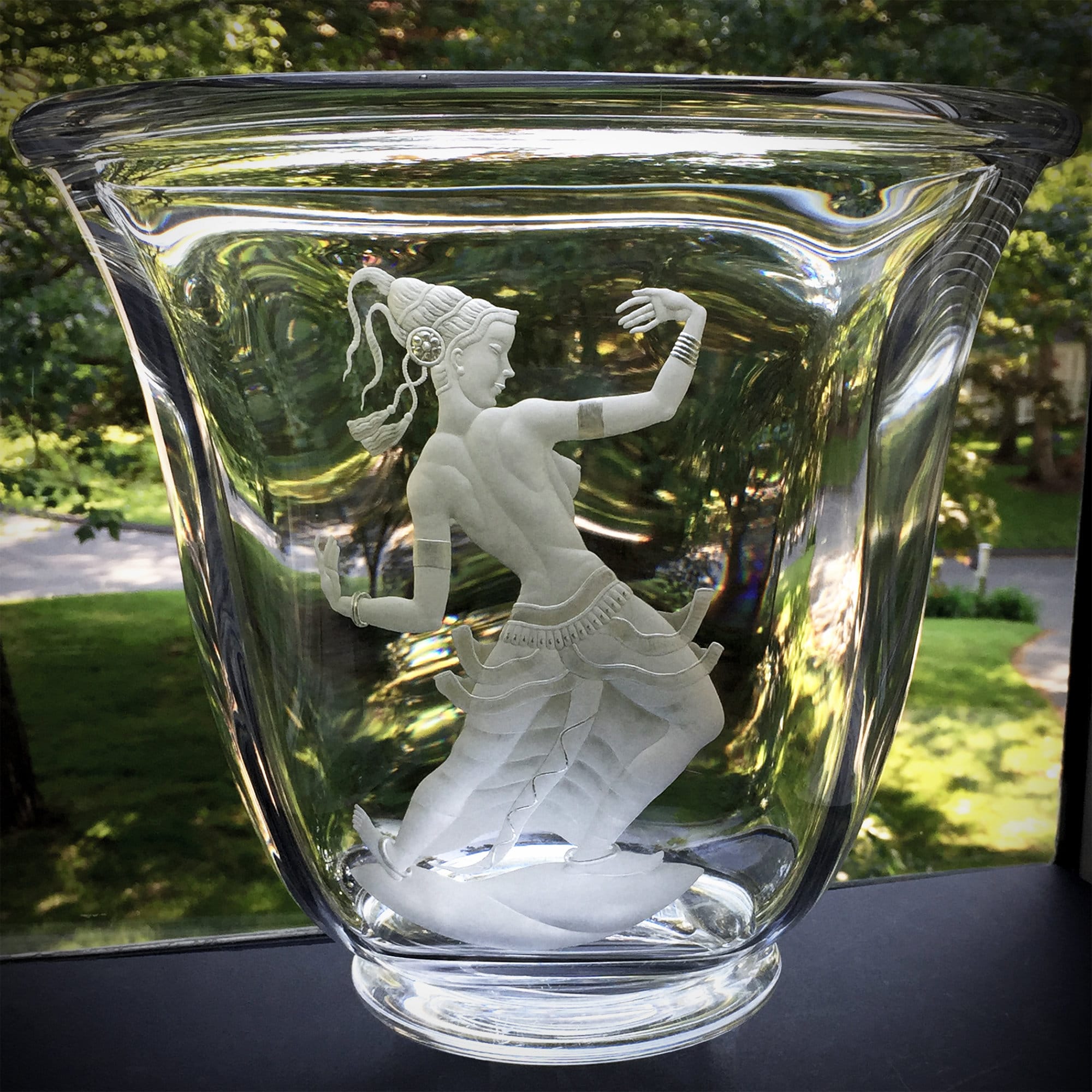 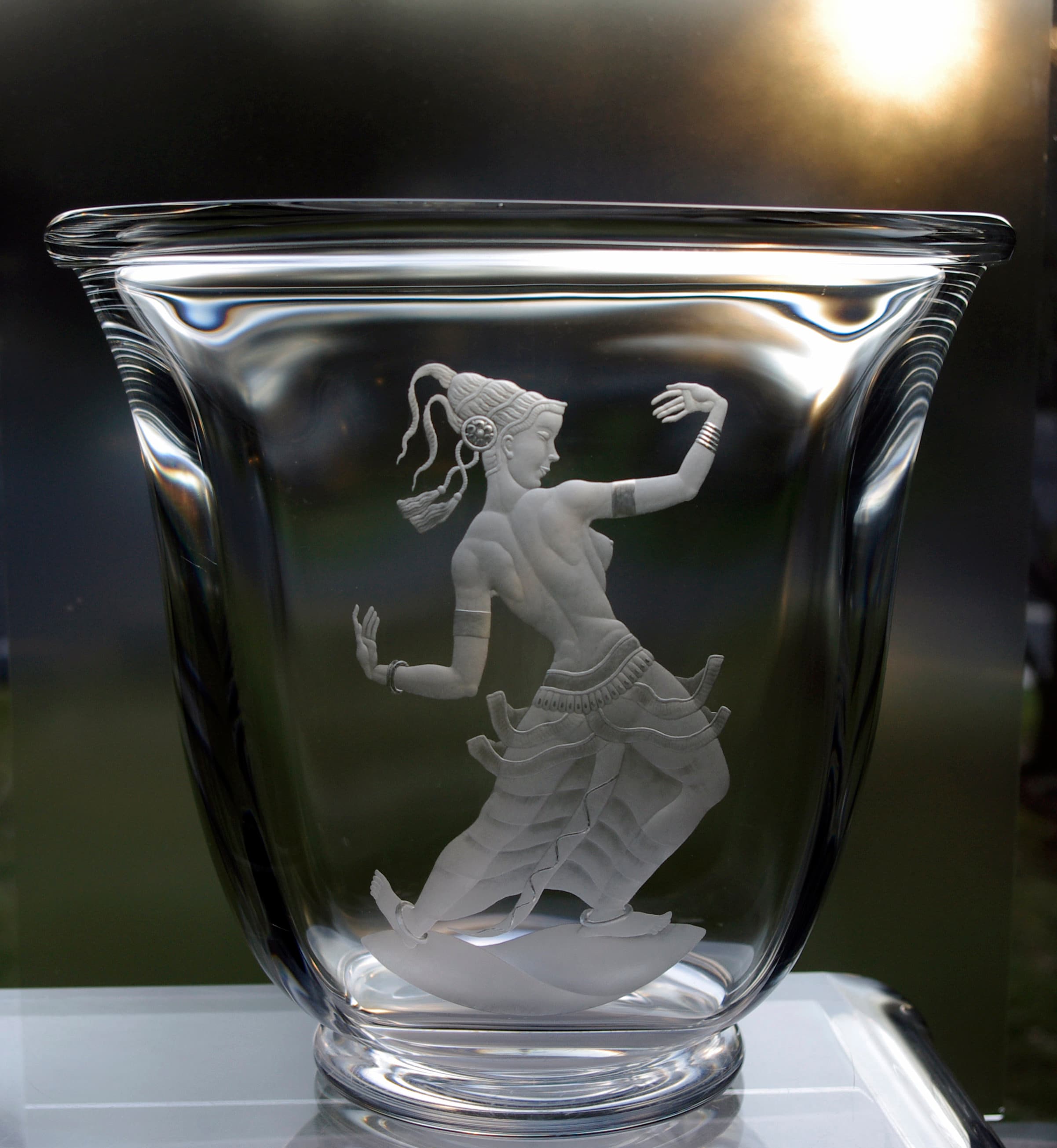 Simon Gate was a glass maker and designer for Orrefors Glass Factory. He studied at the College of Technology in Stockholm and the Academy of Art where he studied painting. In 1916, when he was working as a graphic designer, he was recruited by the Orrefors director Albert Ahlin. His early years at Orrefors were spent developing two techniques: Graal, in which coloured glass is embodied in the body of the piece, and engraving. His style was conservative drawing on traditional classical European models. He did, however, introduce a new range of colours into the Orrefors repertoire. His energy was prodigious but his style remained basically unchanged. He stayed with Orrefors for thirty years and died at the age of sixty two, suddenly and unexpectedly in May 1945.