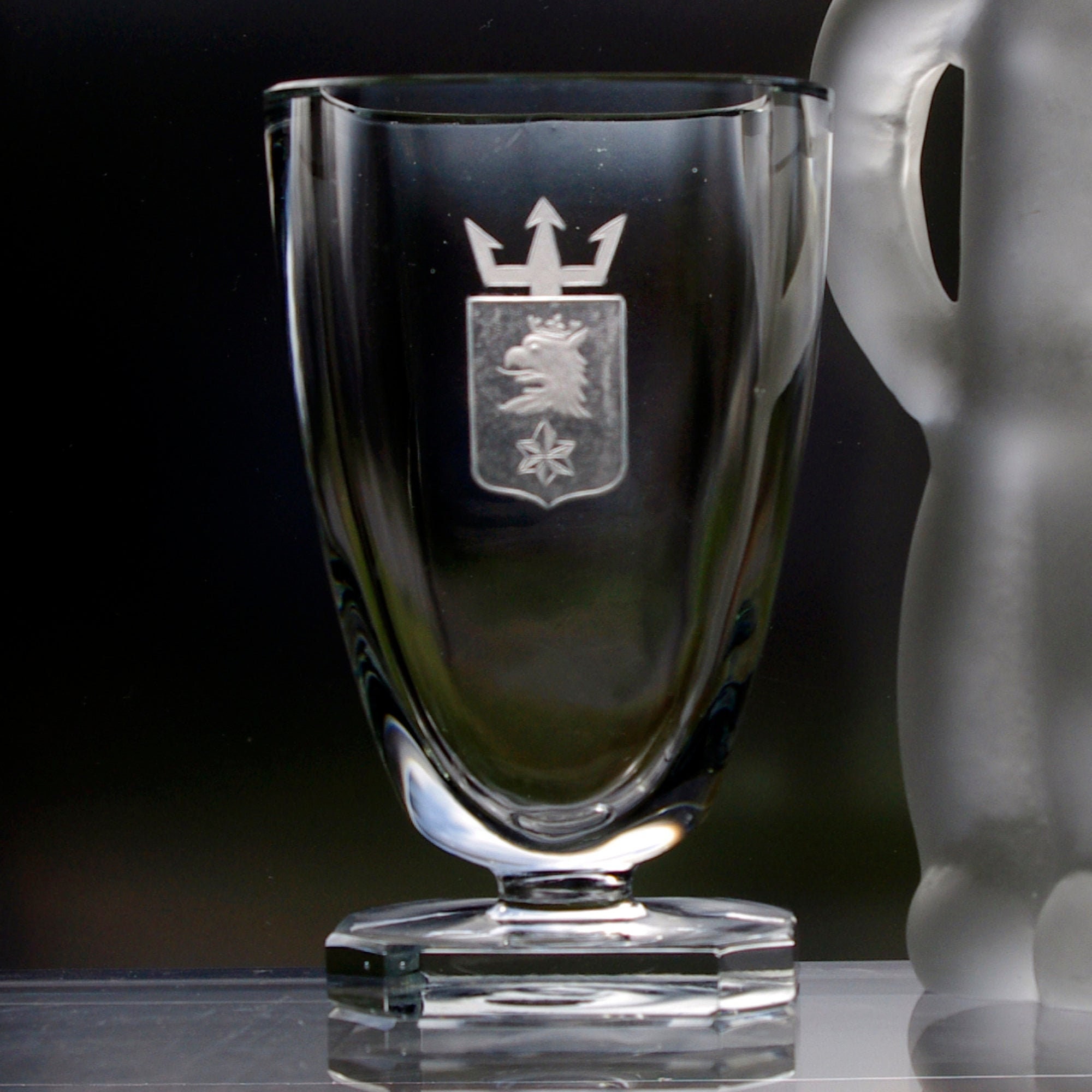 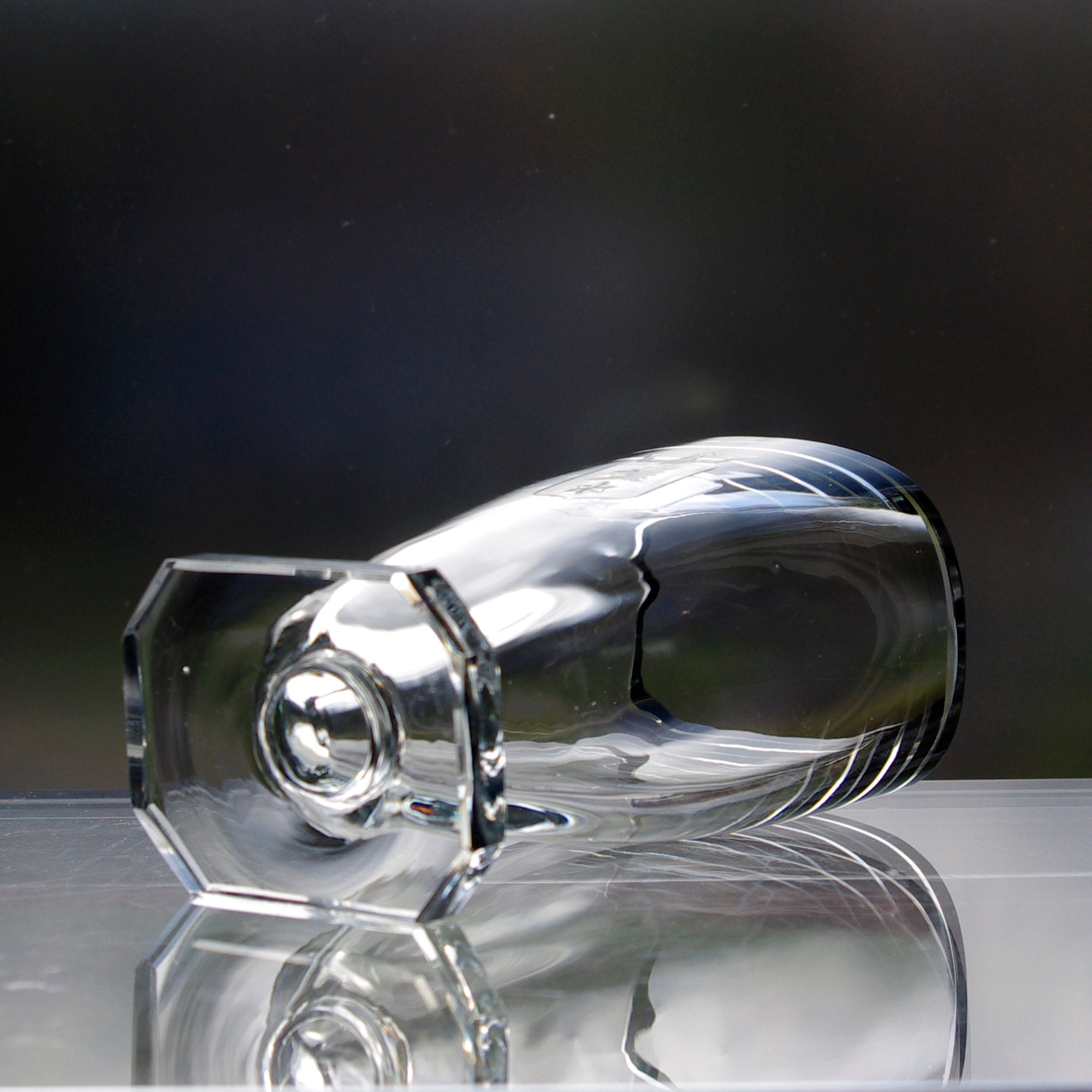 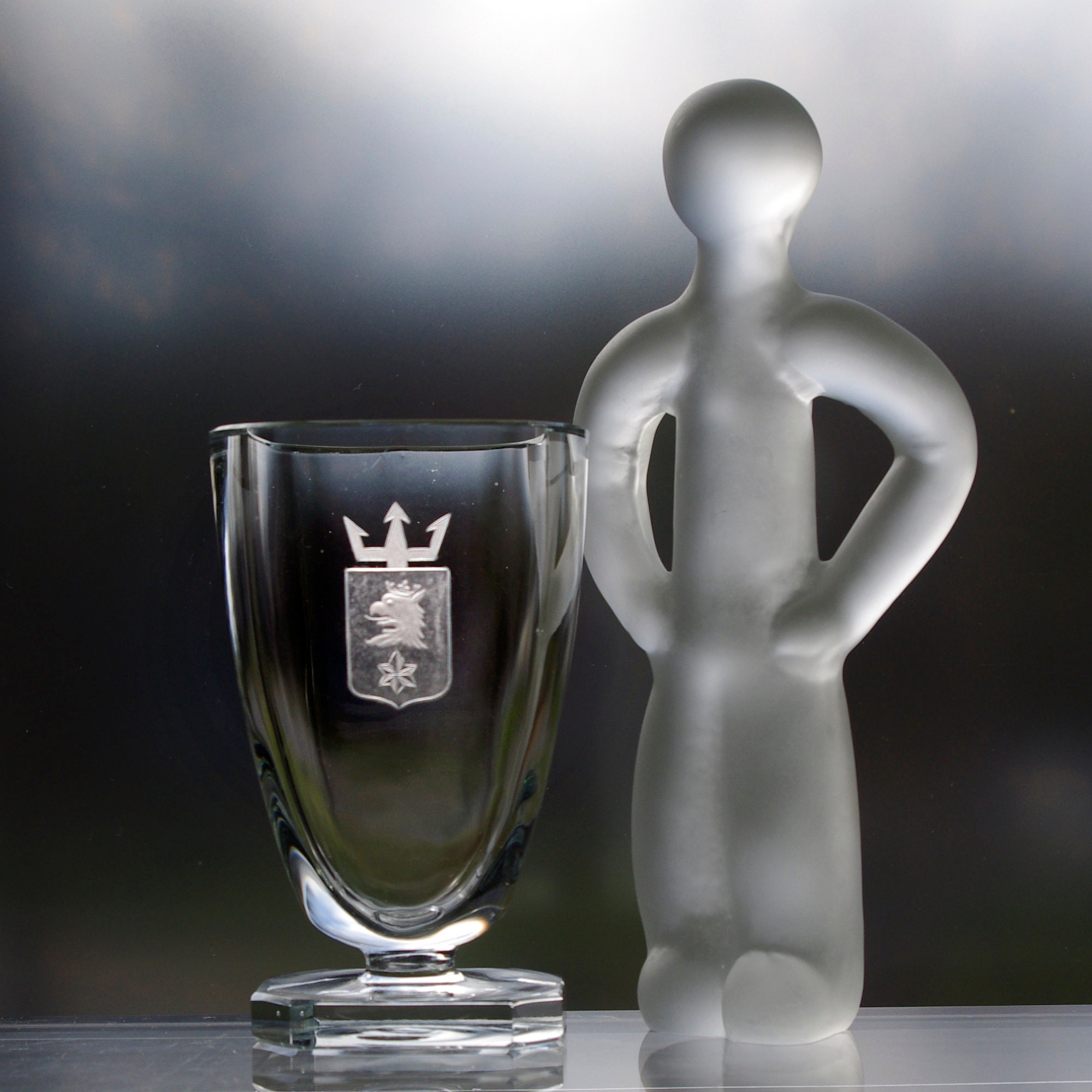 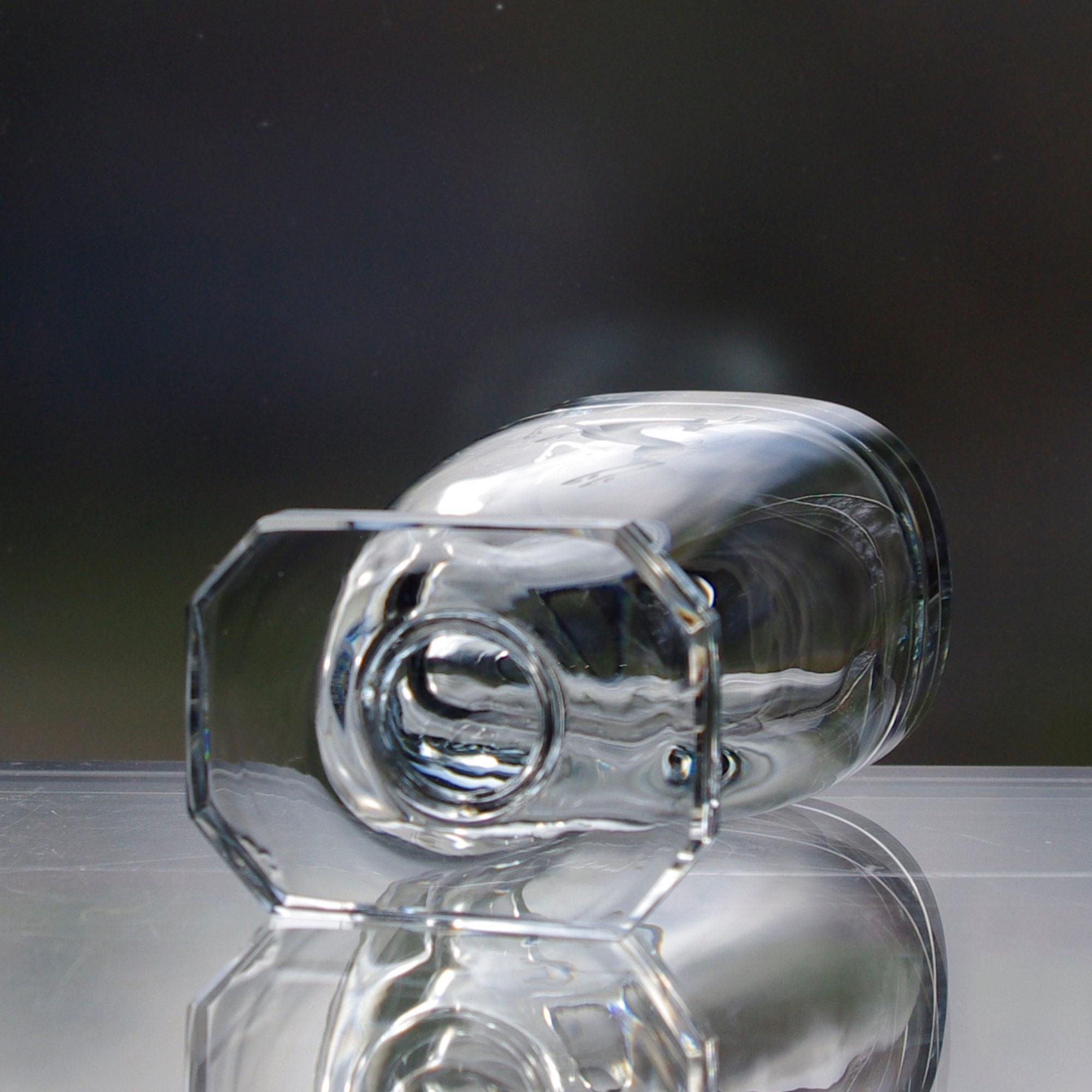 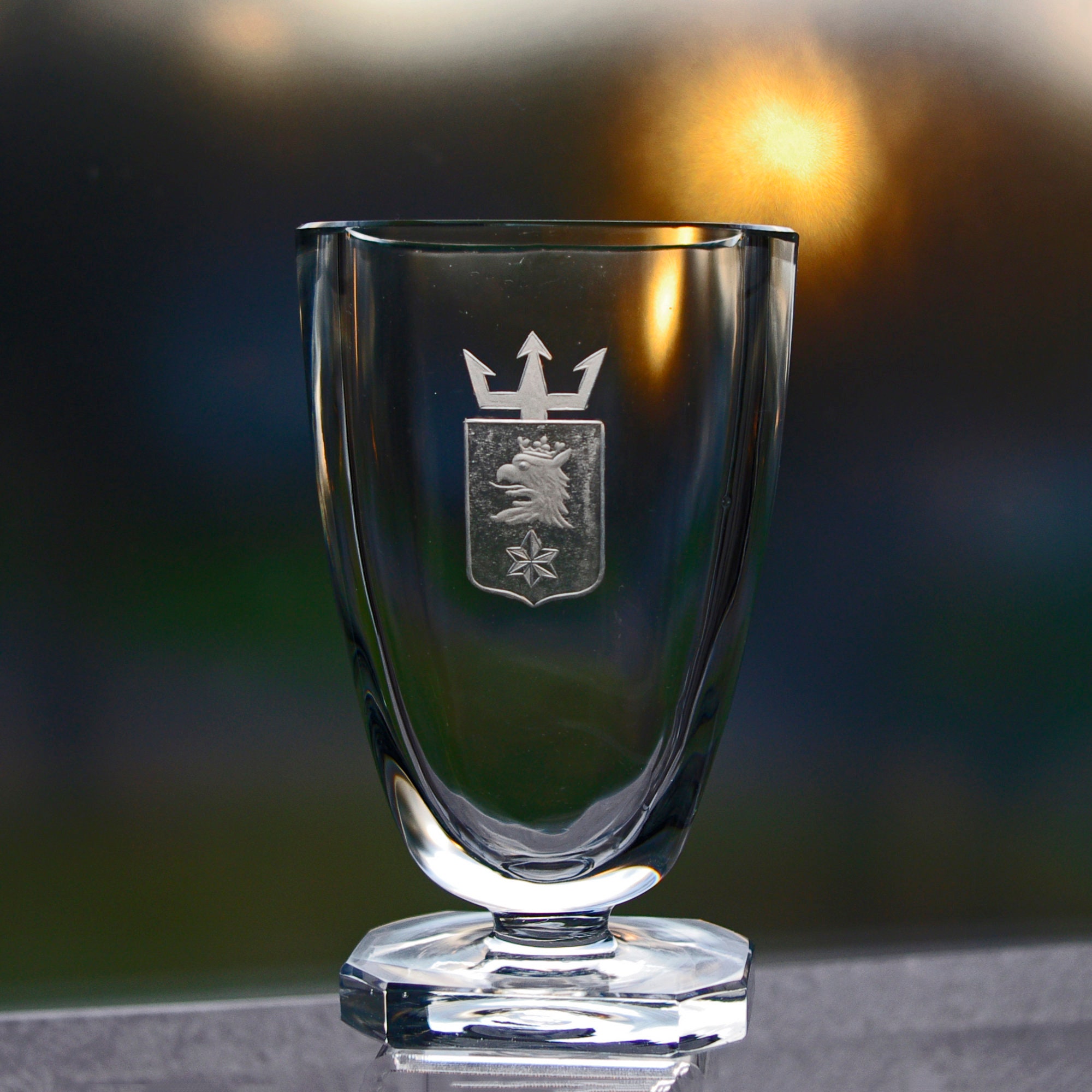 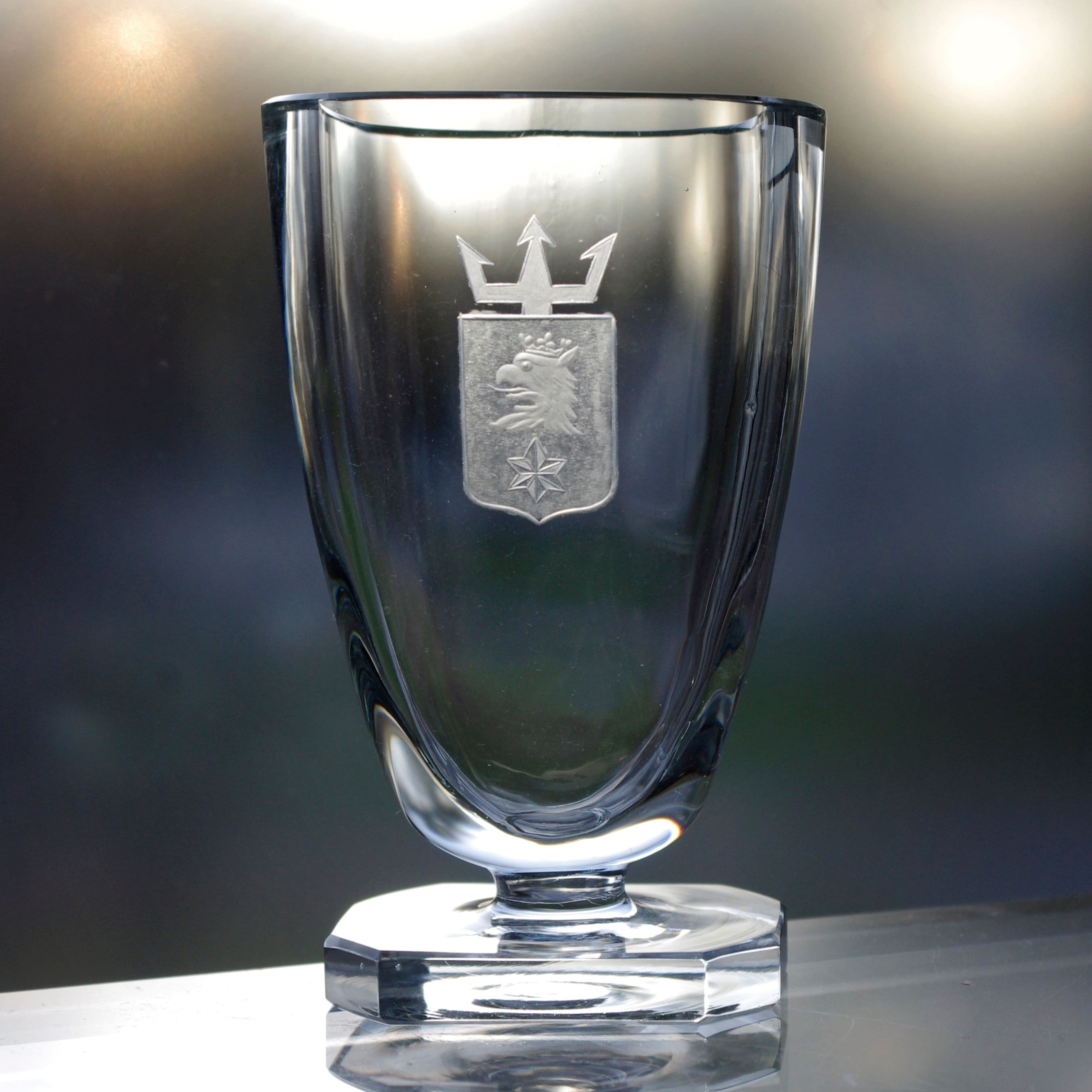 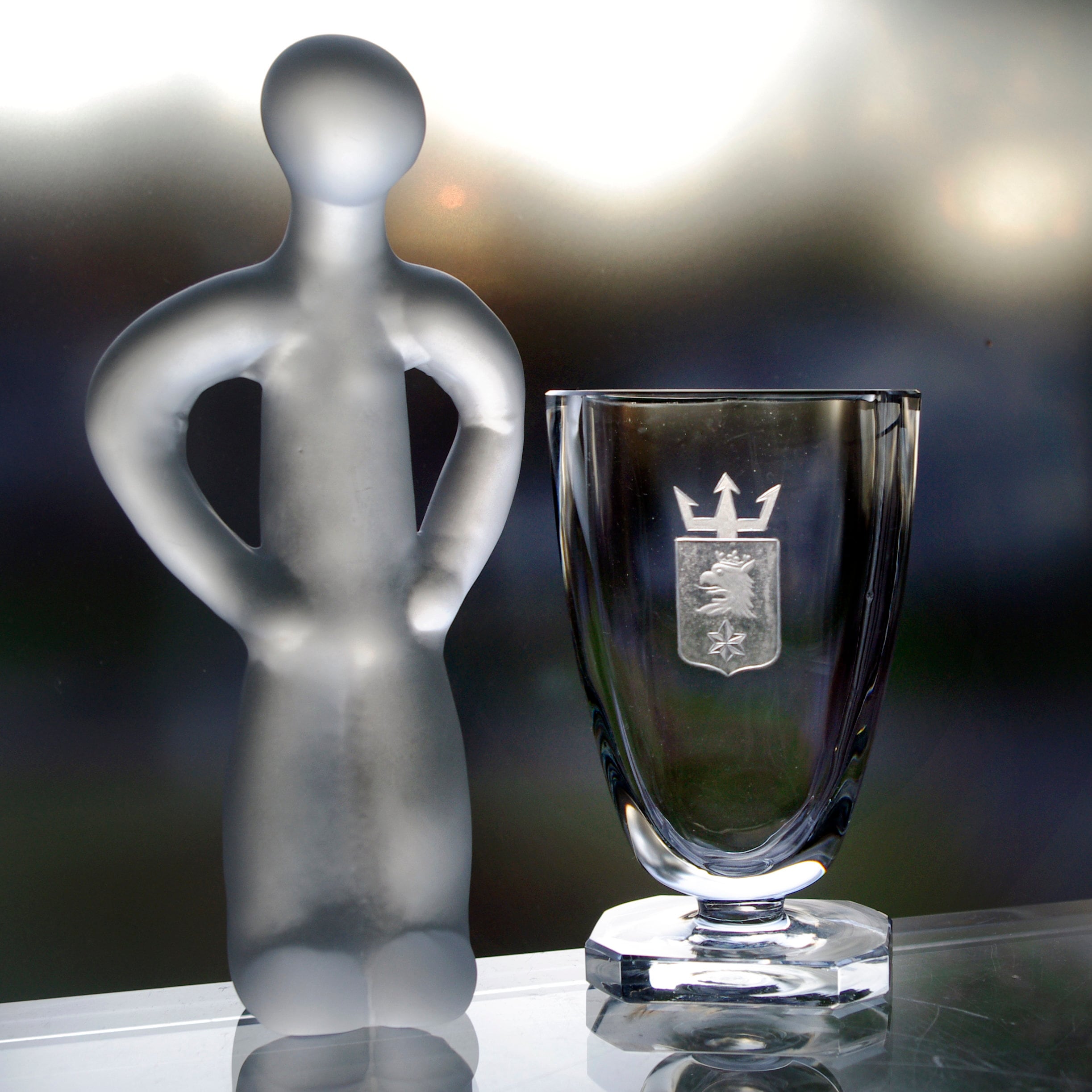 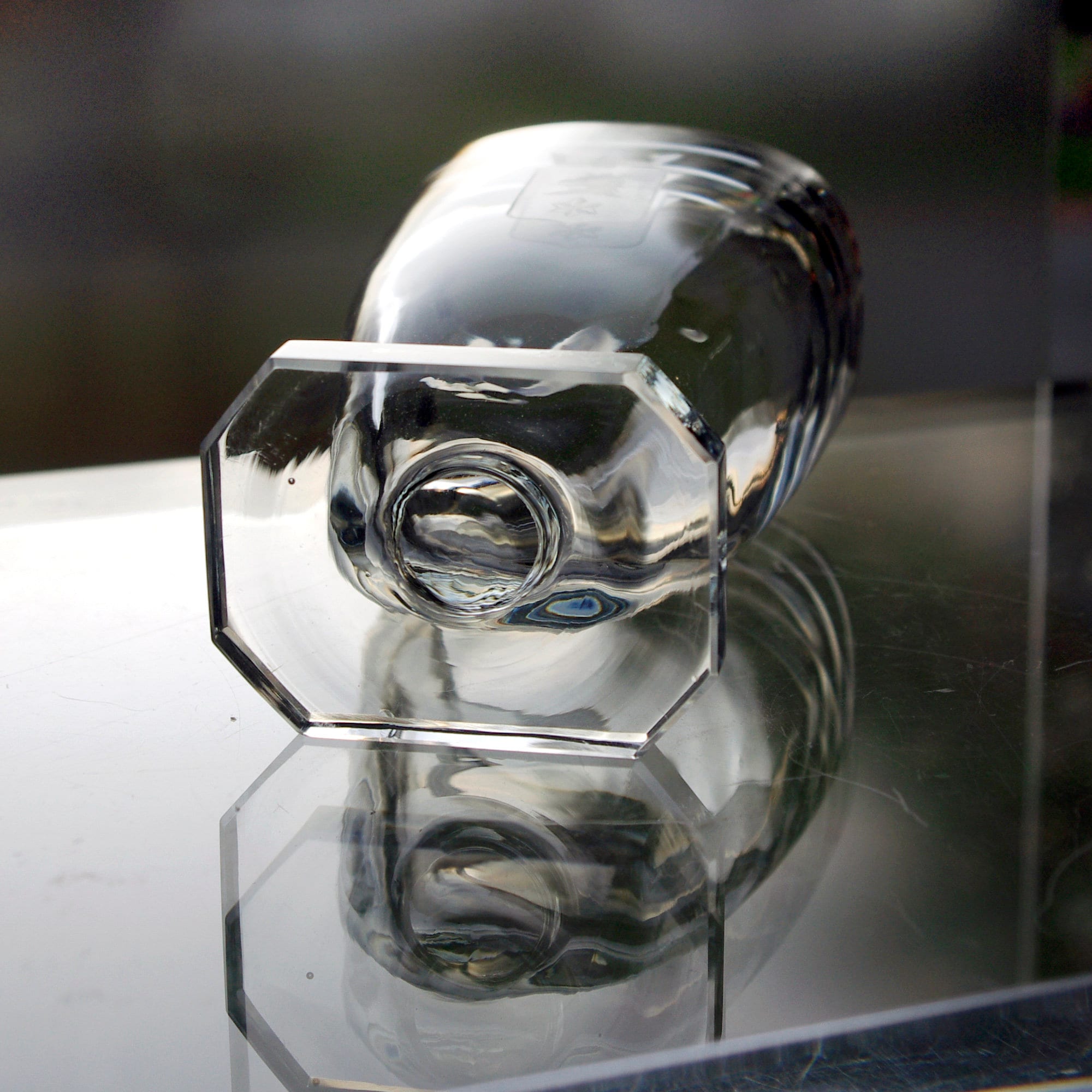 This beautiful vintage vase depicts a Griffin and a star, engraved upon a shield or crest, with the tines of a trident in the background. The vase is about 5 inches tall, including the pedestal, and it weighs 1.5 pounds - a perfect size for display on a desk or shelf. It is in excellent condition, clear and sparkling.