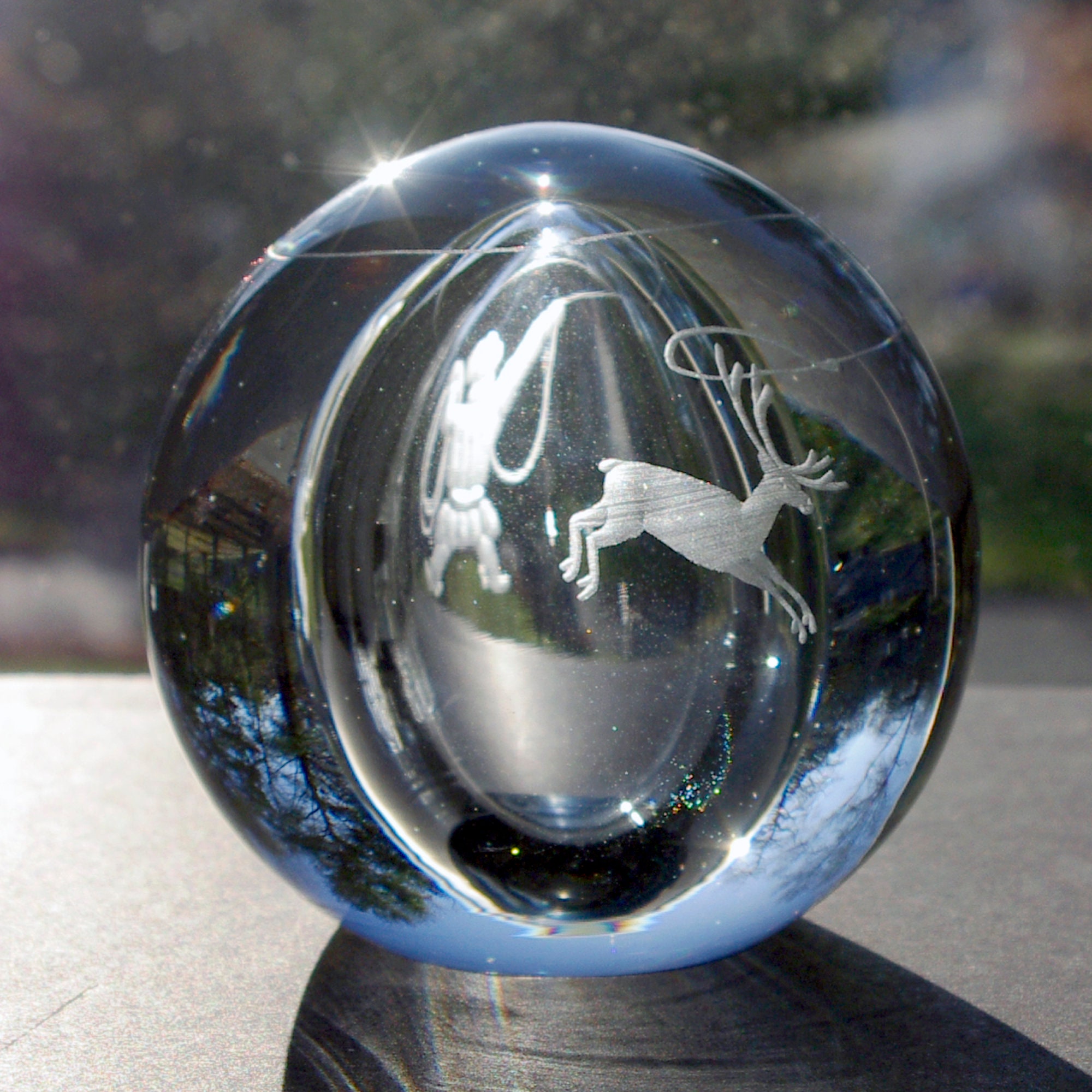 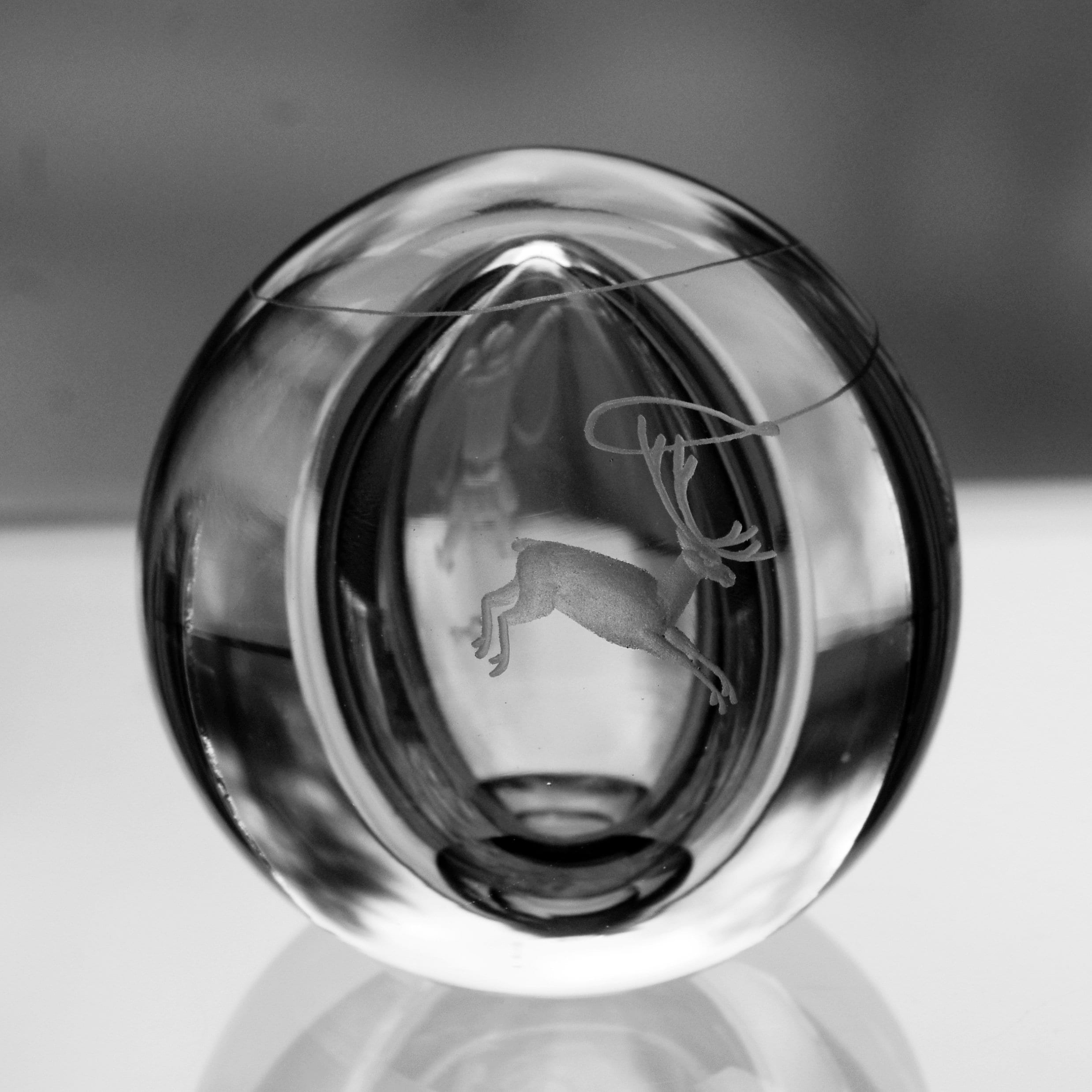 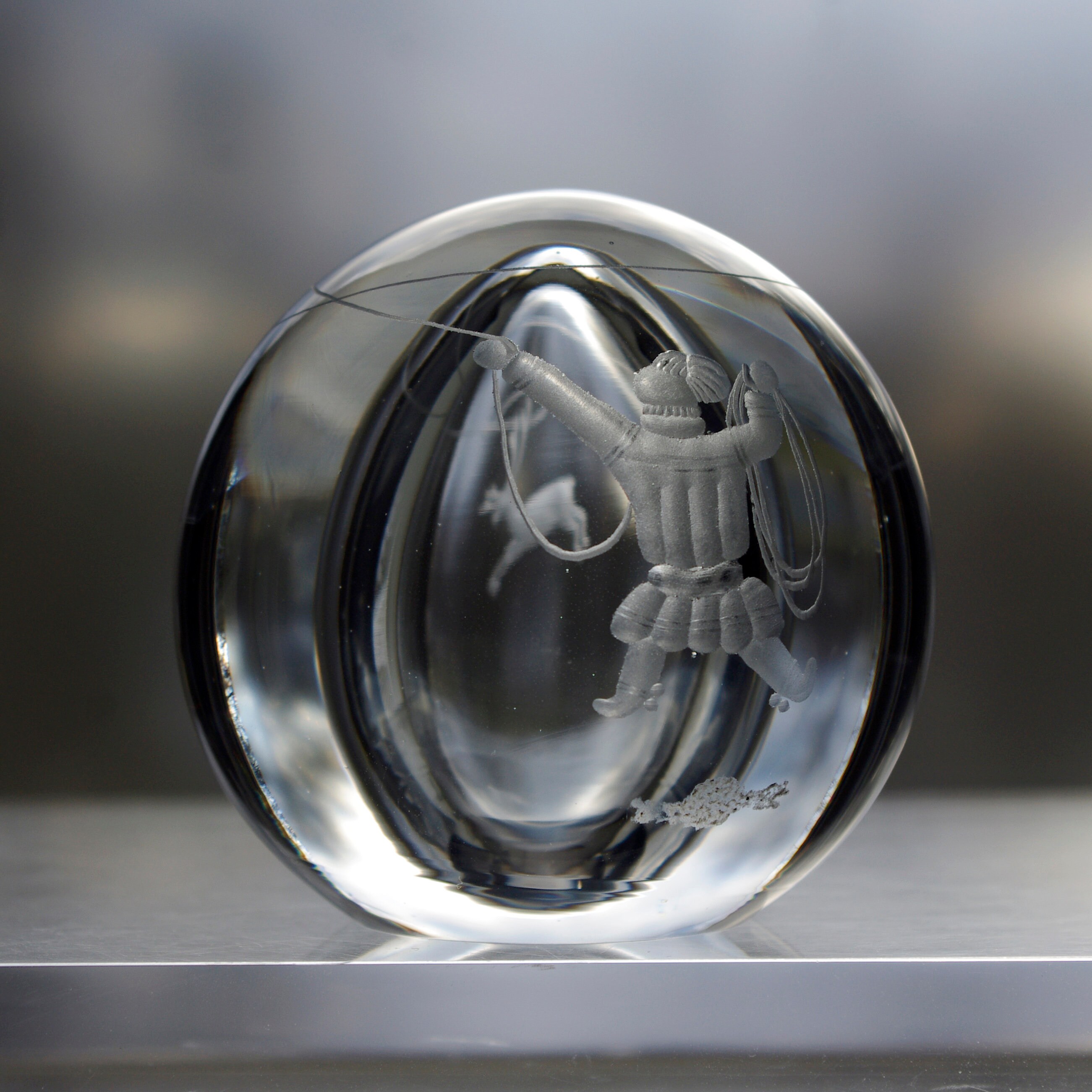 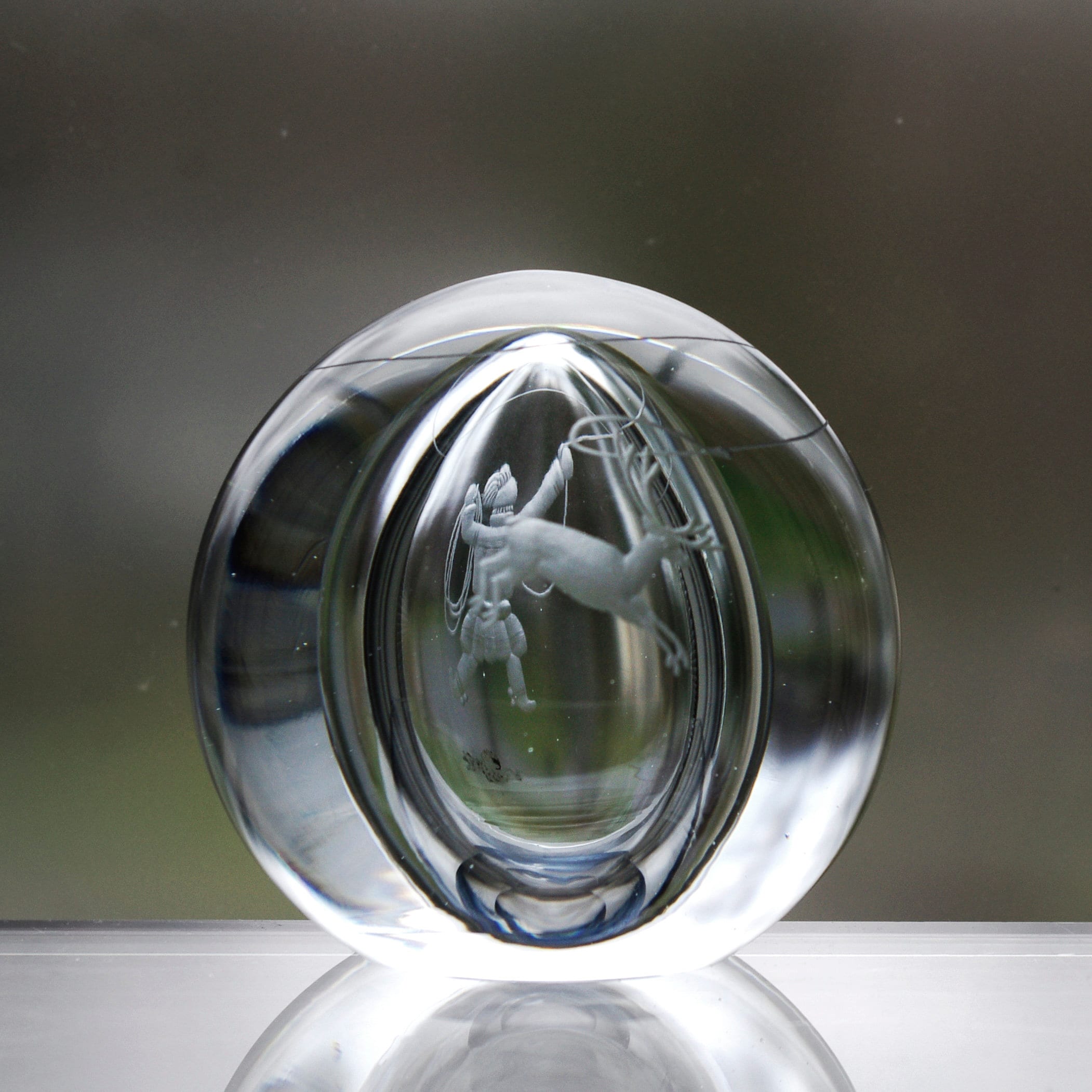 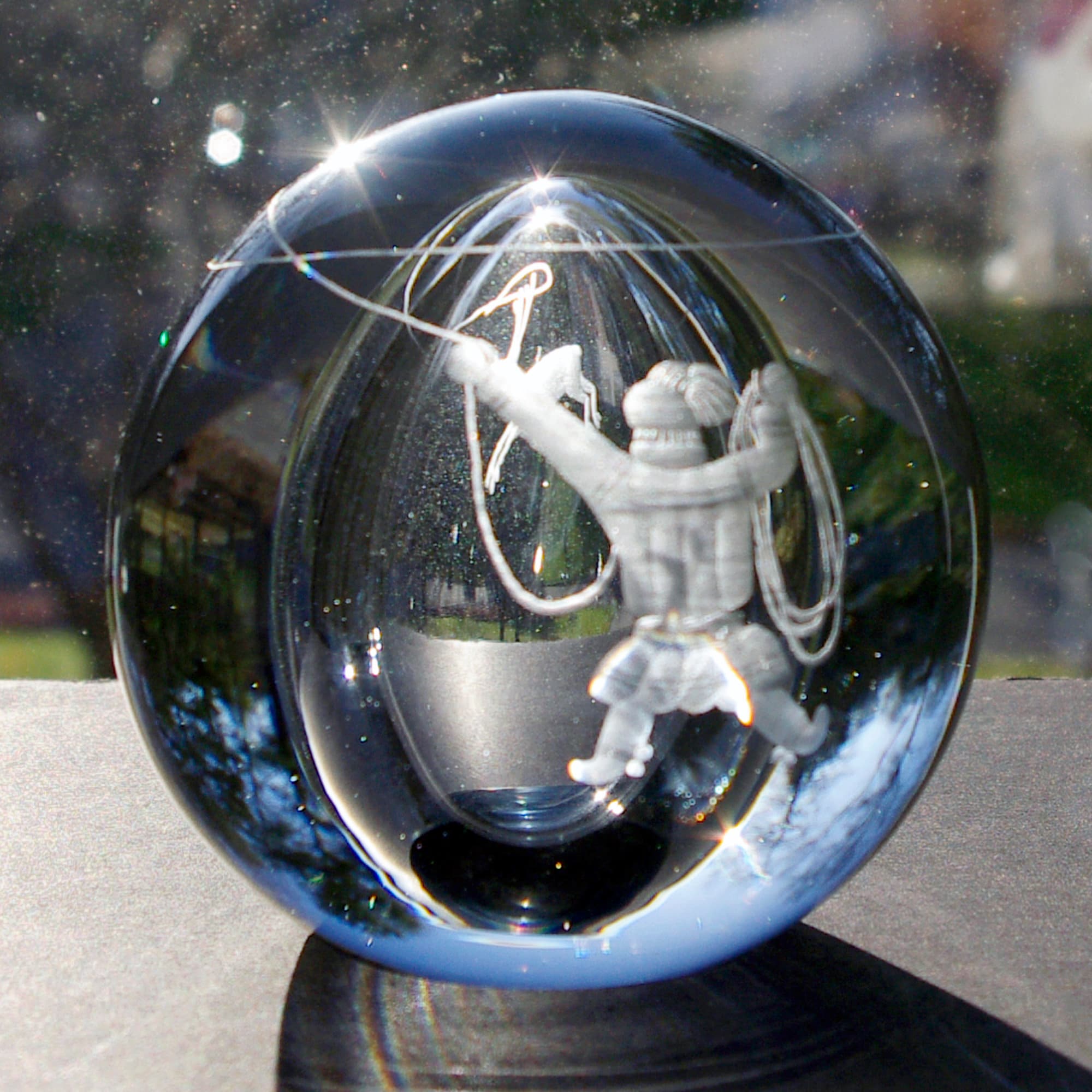 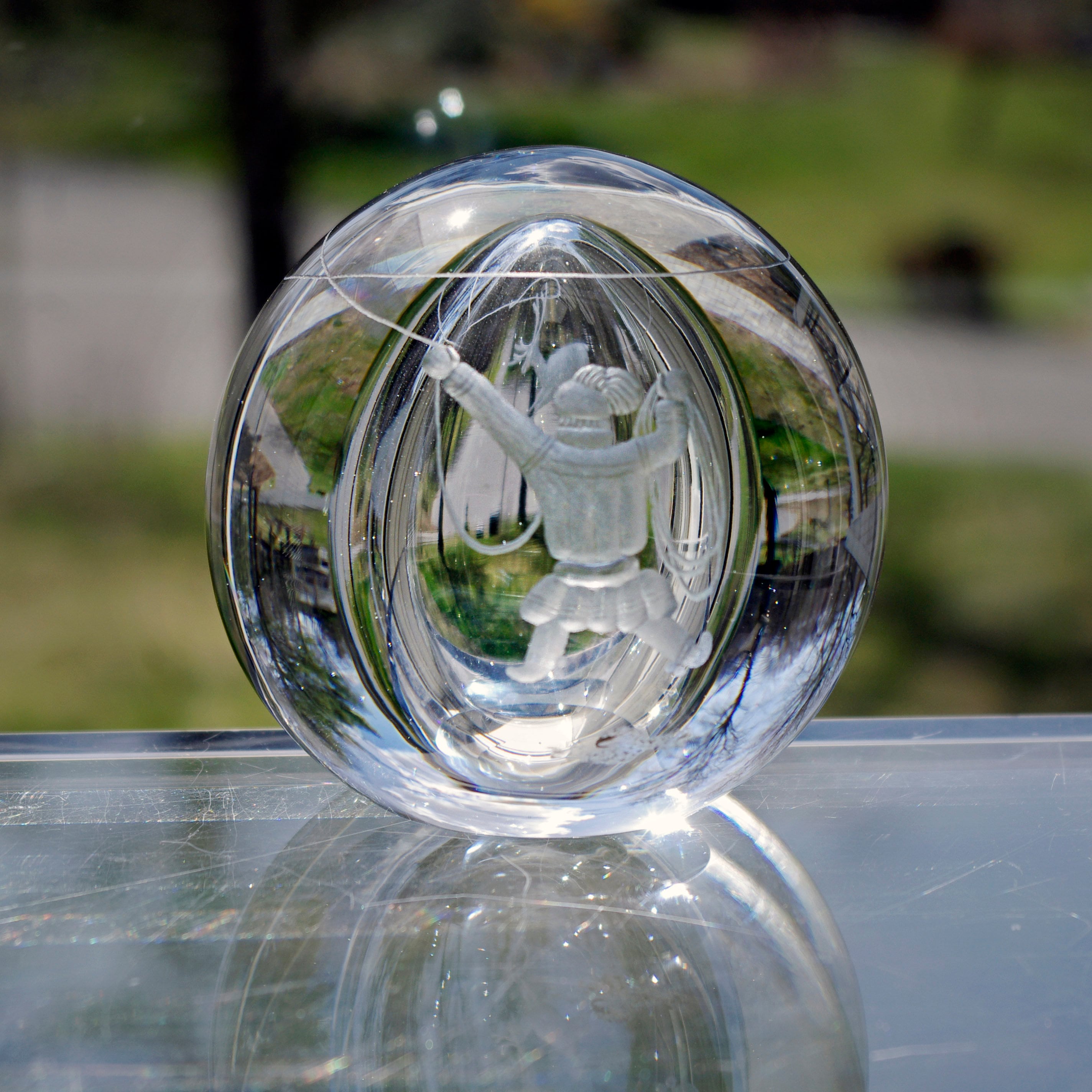 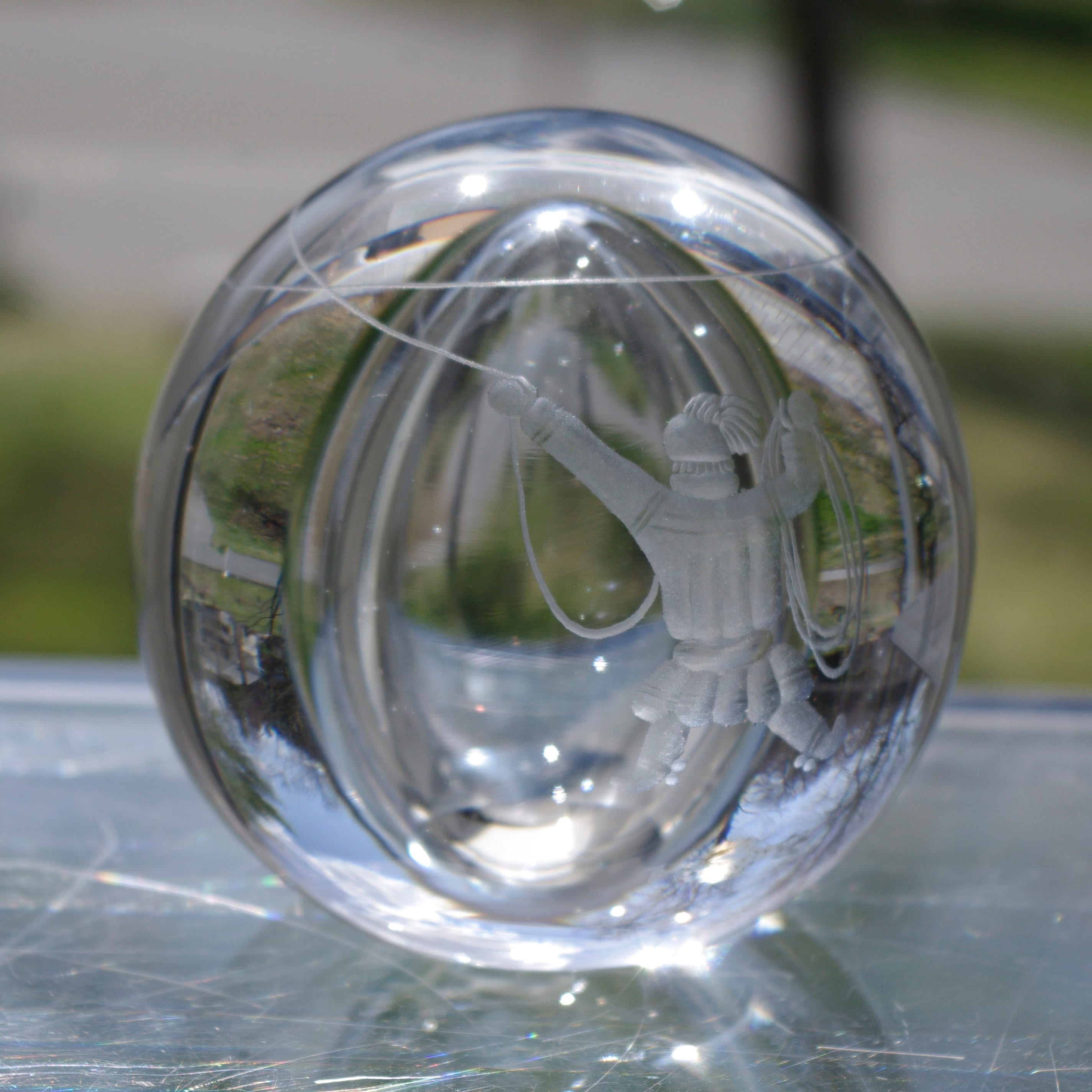 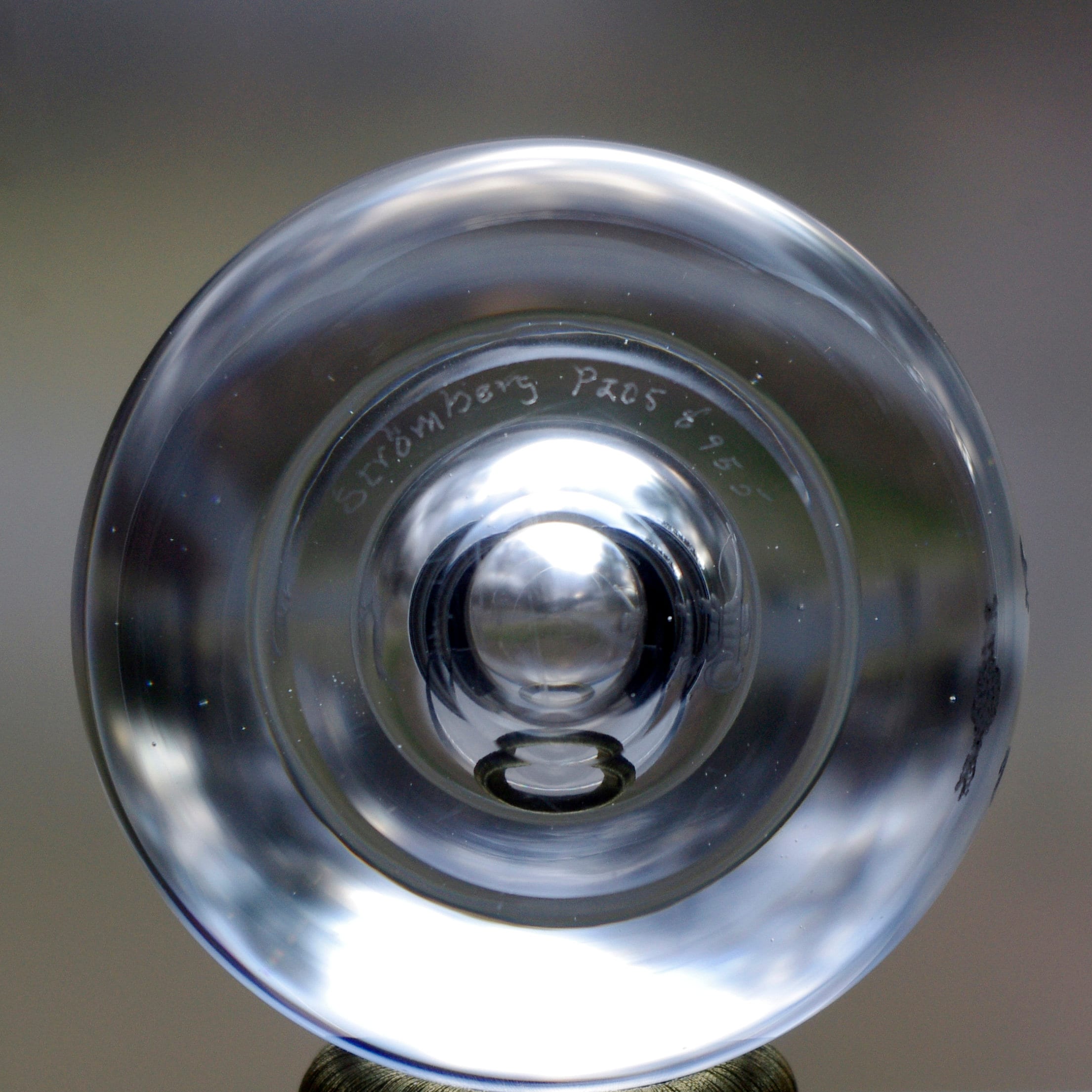 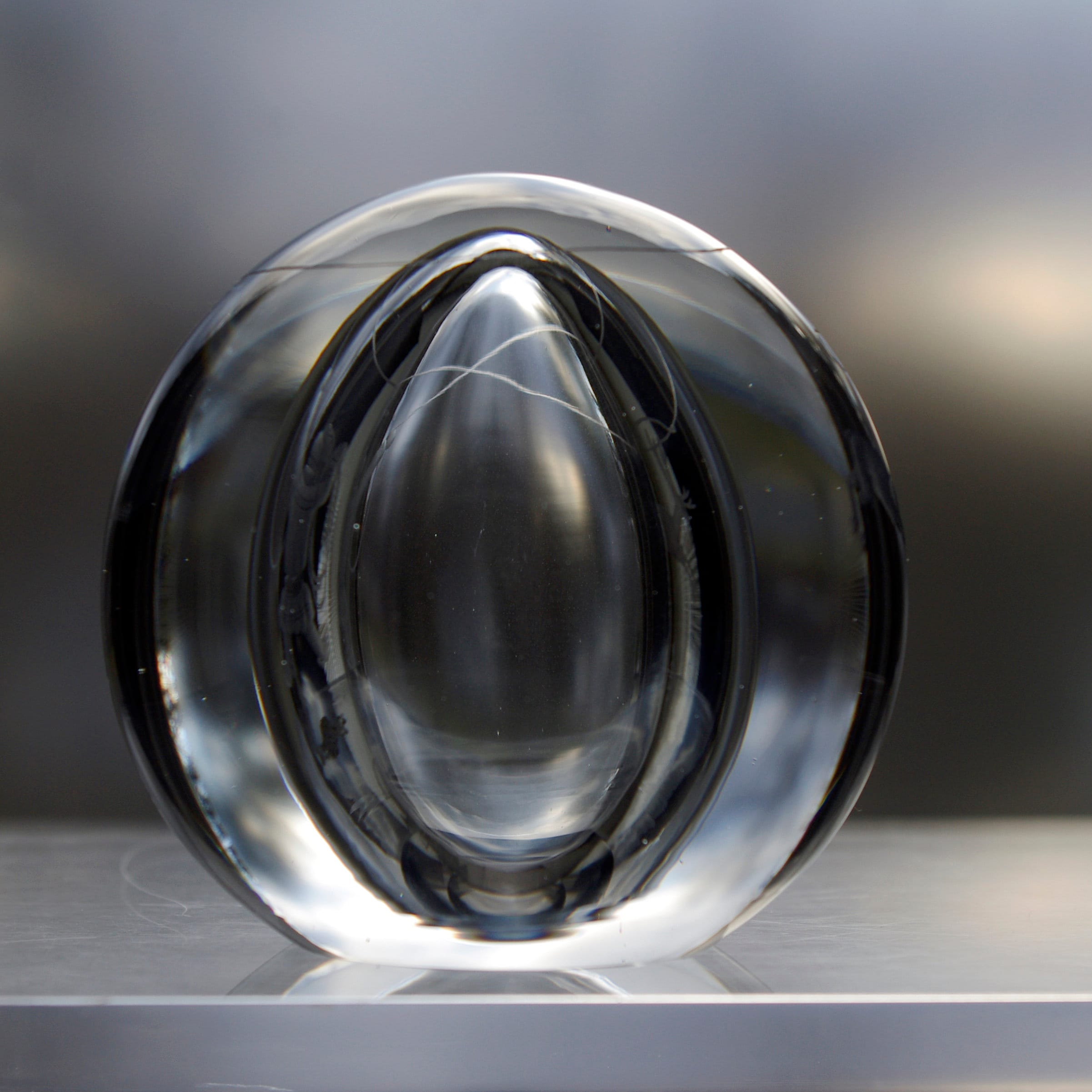 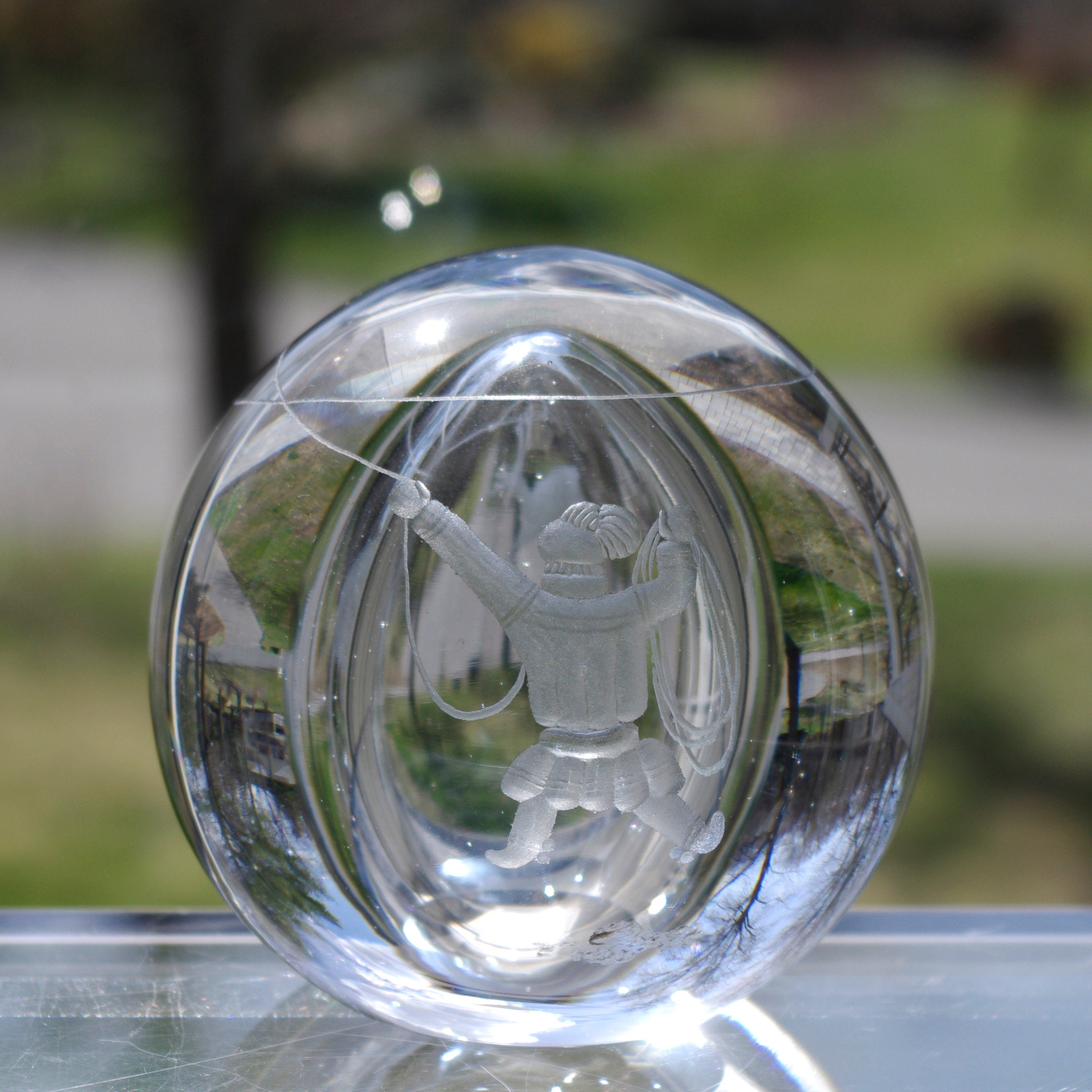 This beautiful vintage globe depicts an Inuit herder lassoing a reindeer. It is 3.5" high and weighs 2 pounds, 2 ounces. It is a perfect size for display on a desk or shelf. It is in excellent condition, clear and sparkling. I have never seen another one like it.
(Note: in some photos you can see the sticky residue from the Strömbergshyttan label. Since the piece is well signed, I decided to clean that off. As a collector, I would only save evidence of a label if it's the only identifier.)