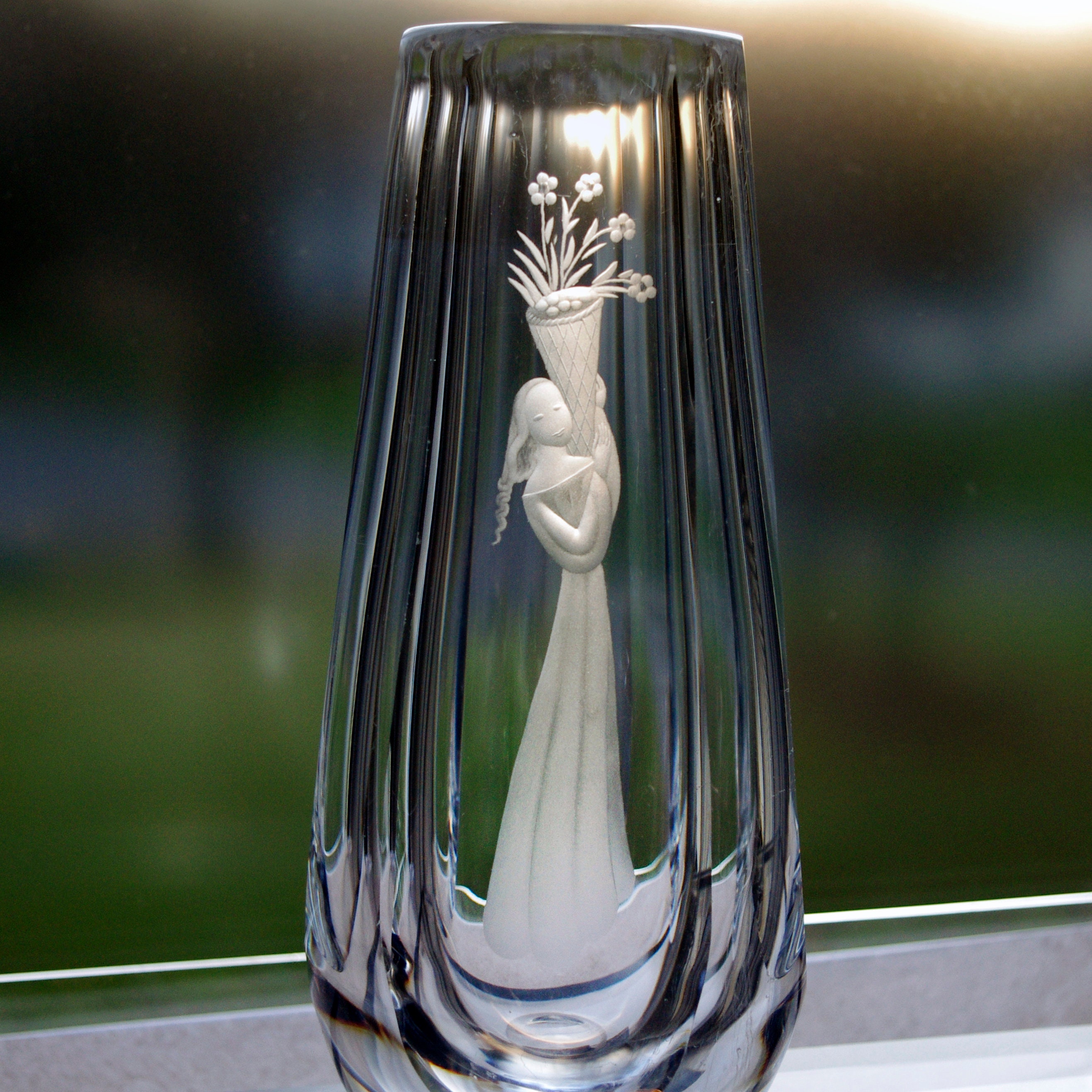 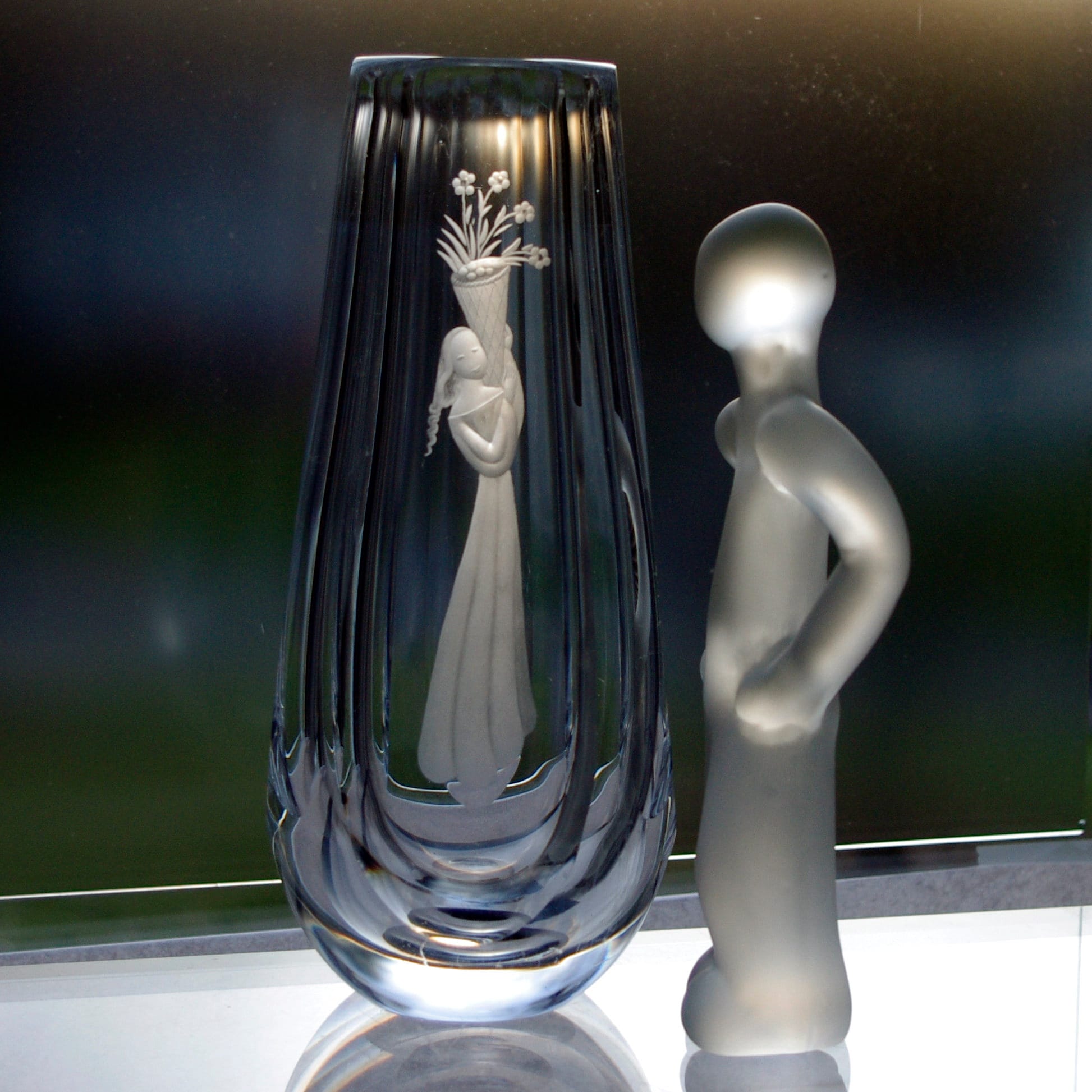 Sven Palmqvist designed this lovely lead crystal vase for Orrefors Glassworks. It is handblown and copper-wheel engraved, and its style shows a Art Deco influence, with clean lines and an angular human form.