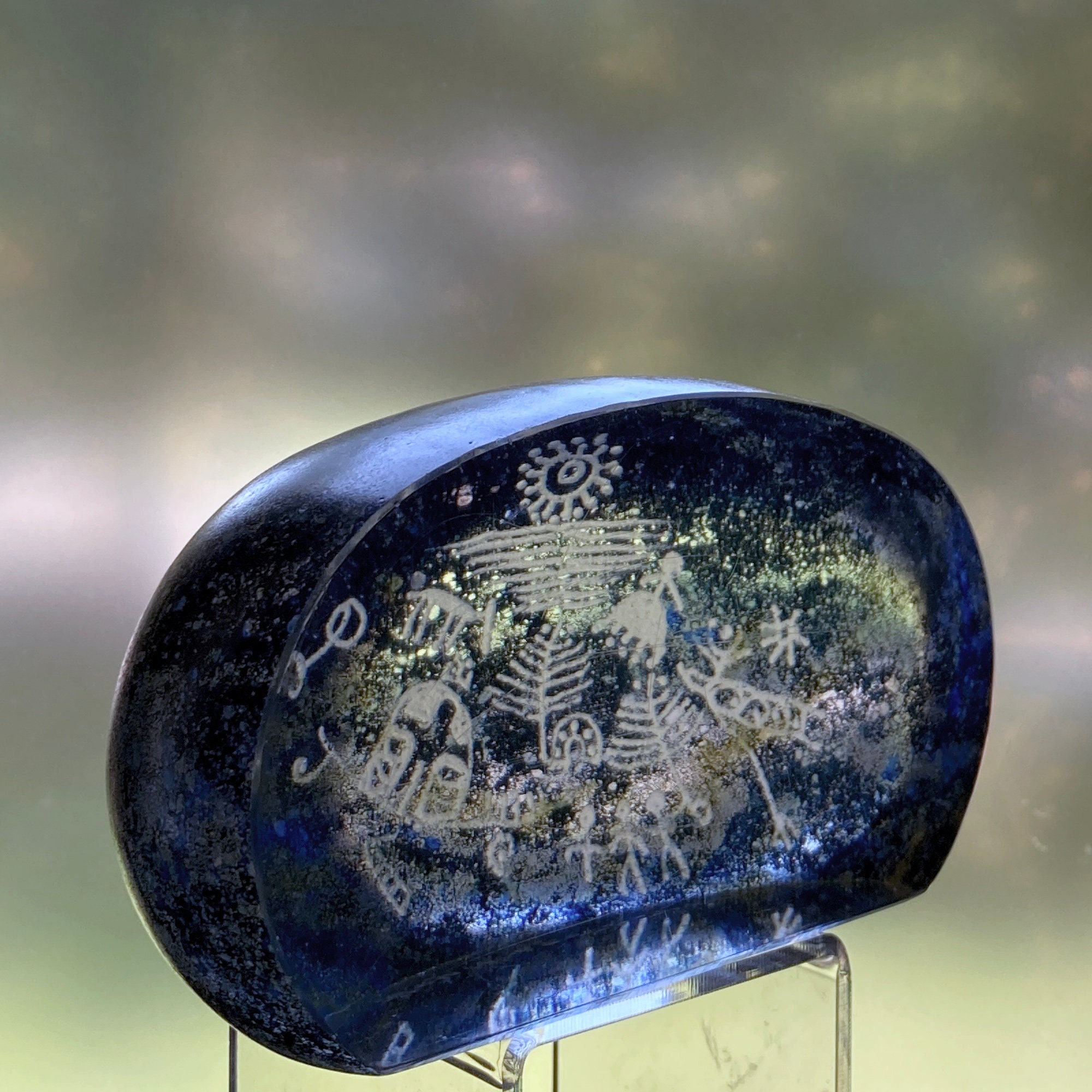 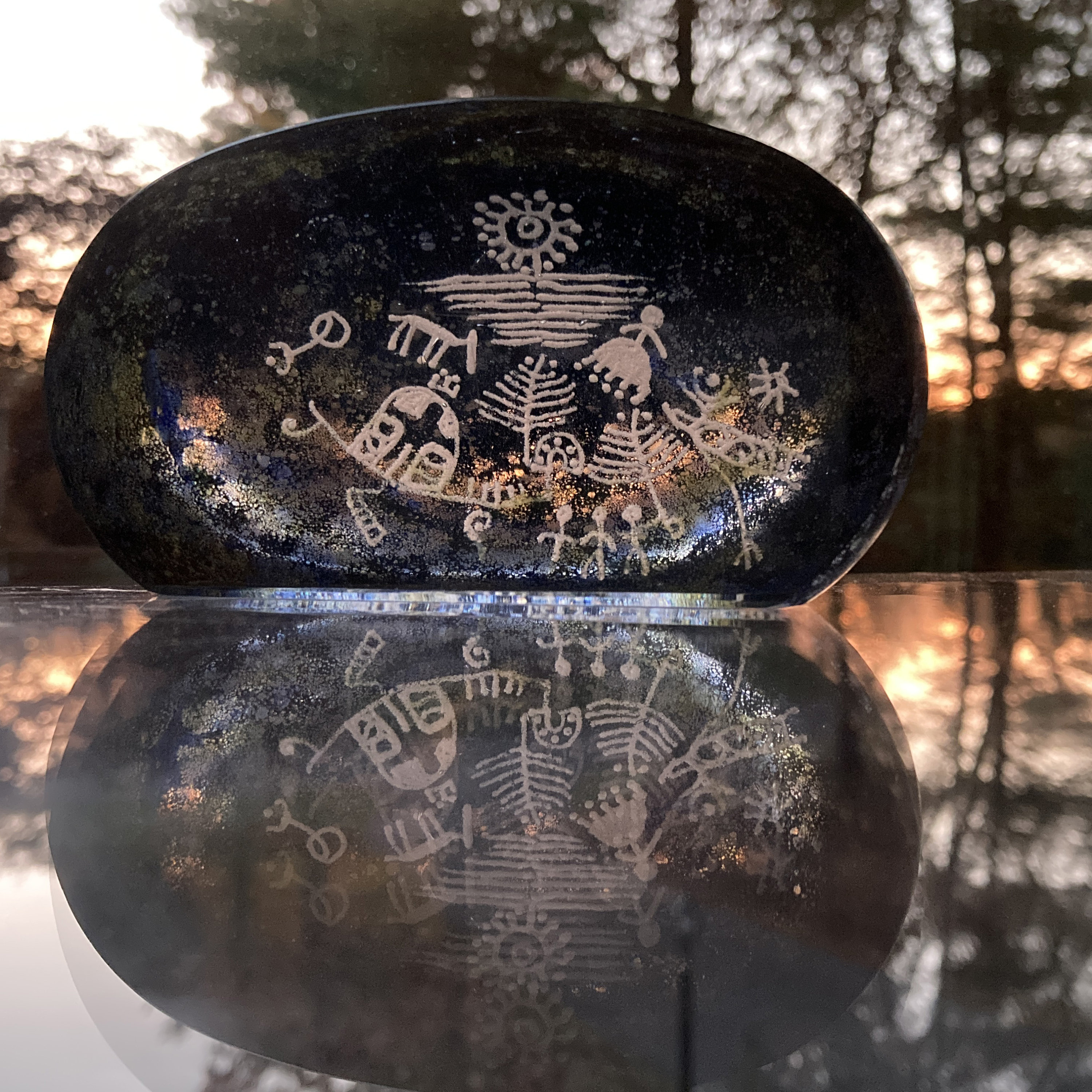 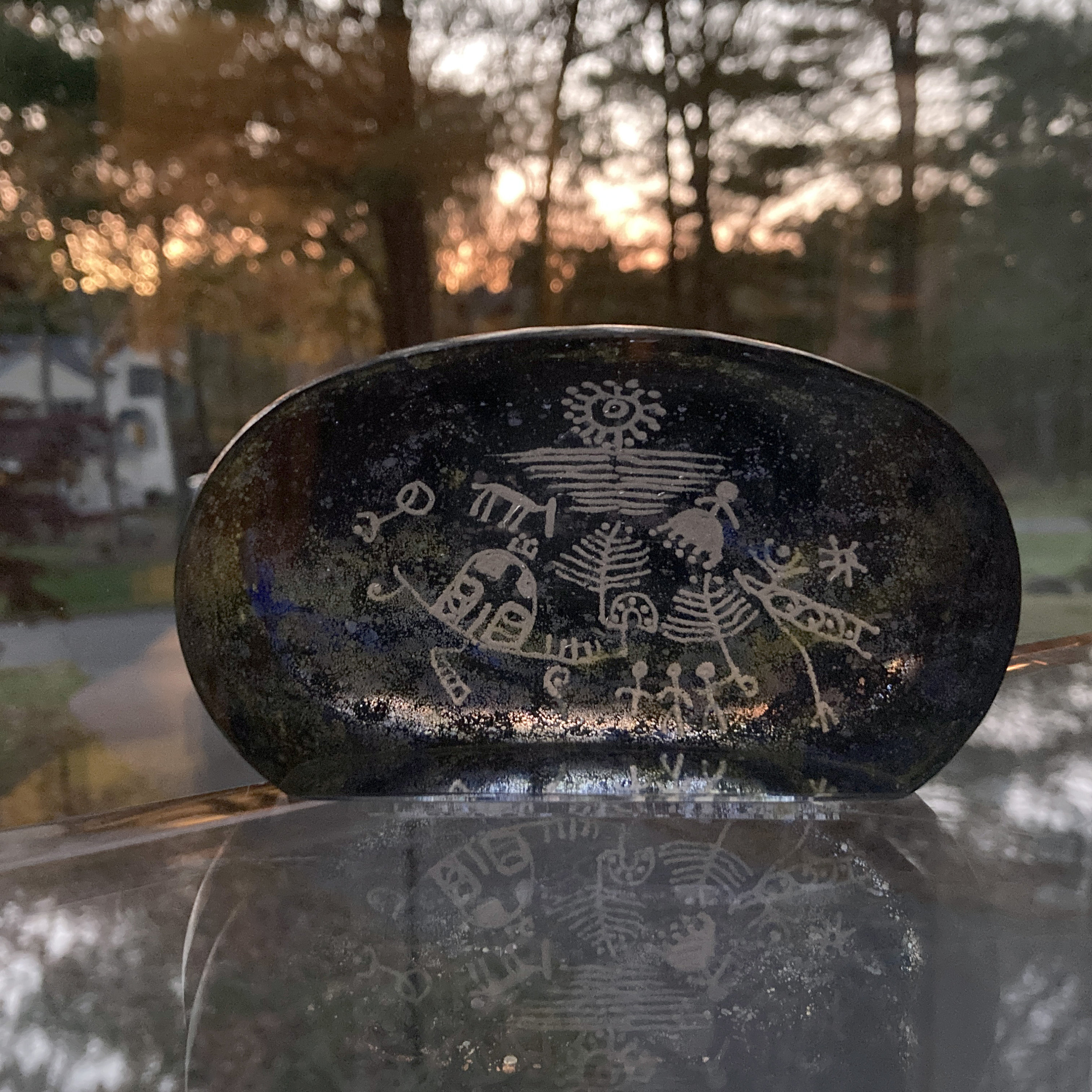 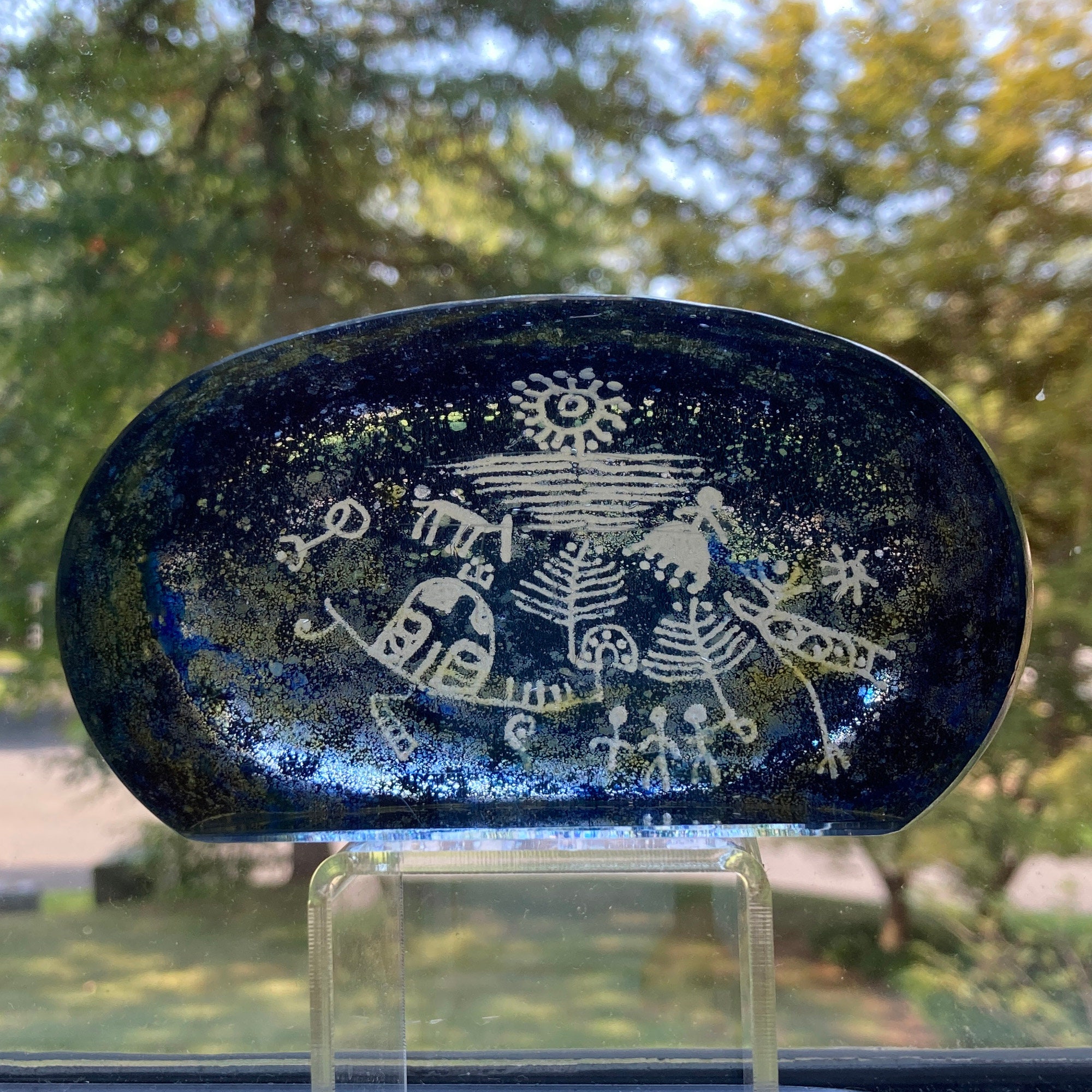 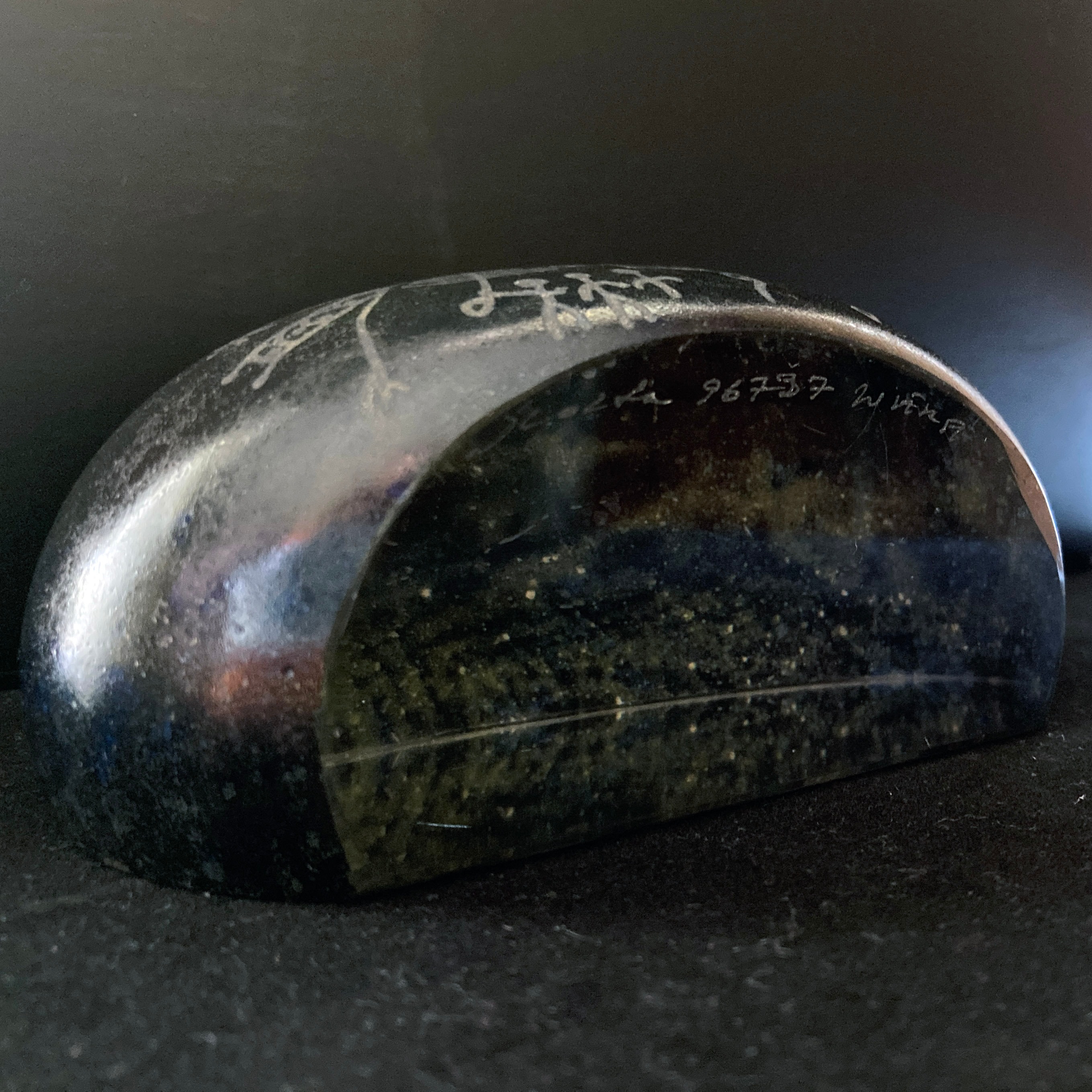 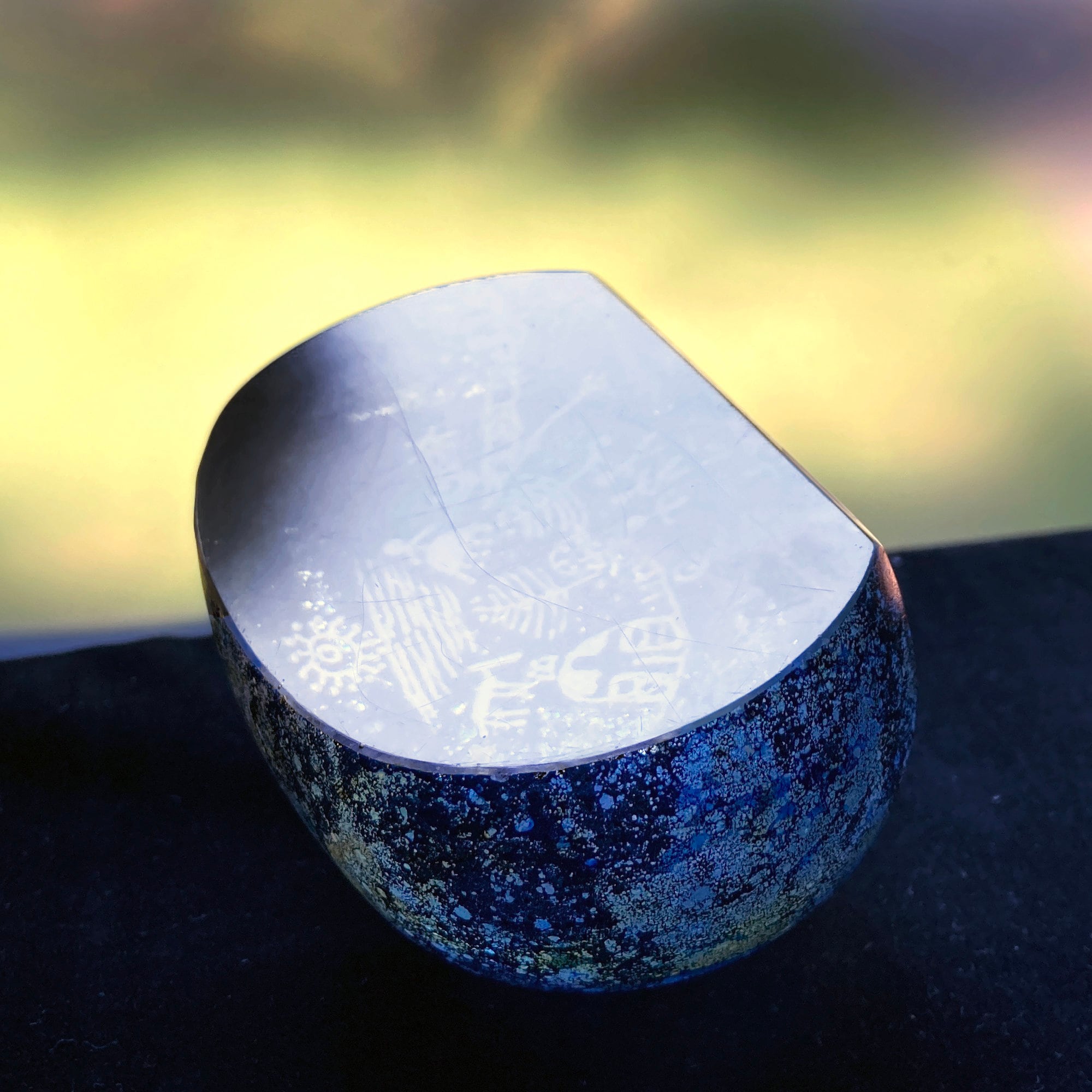 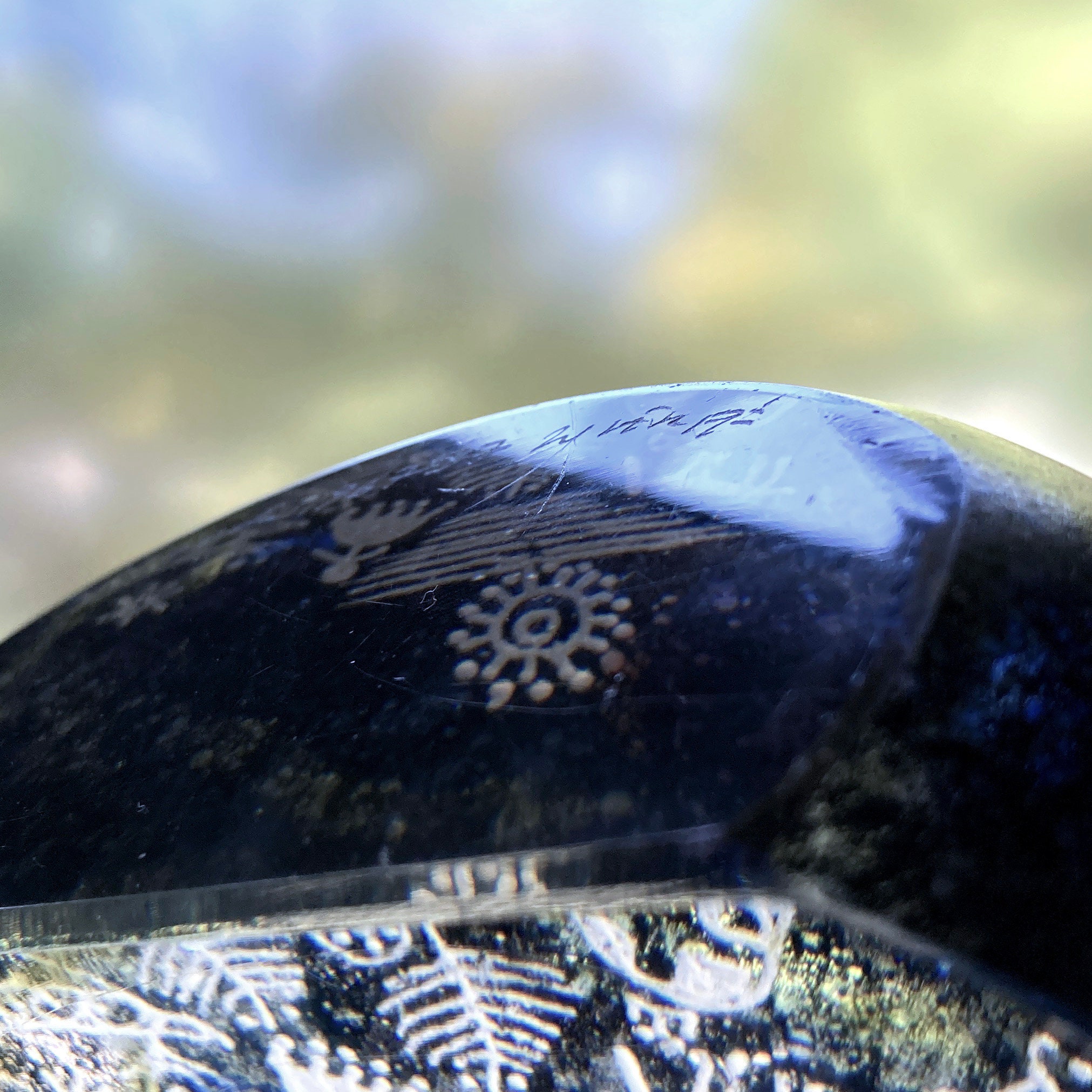 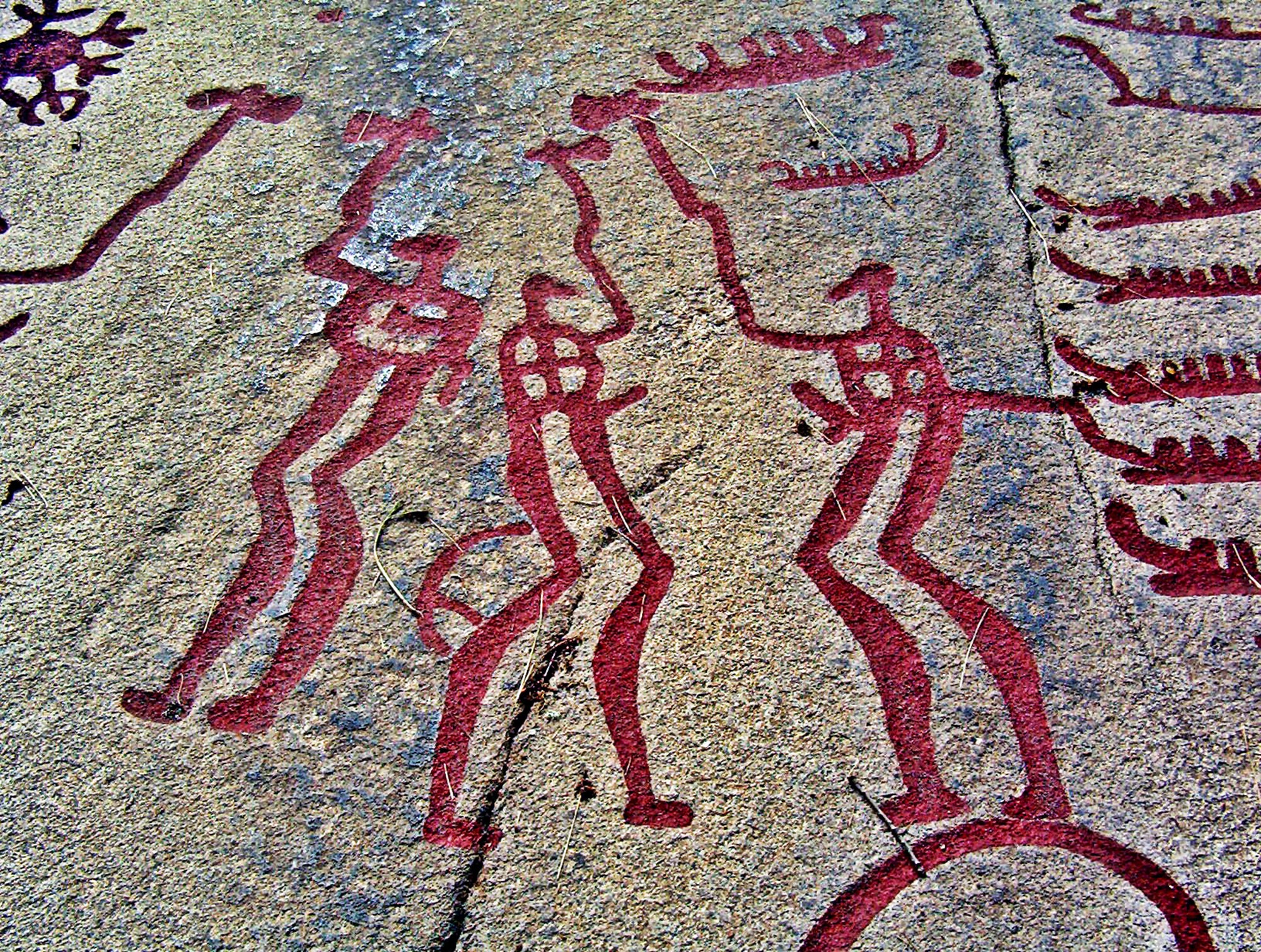 A highly sought-after petroglyph paperweight, from the Lappland series for Kosta, by Ann and Göran Wärff. These unique pieces were designed in the late 1960s using landscape motifs from Sweden, like the one shown in my photos. The paperweight is in excellent used condition and is signed and numbered to the base 96737.

Rectangular prism paperweight with rounded corners and polished front and bottom. Three sides and the back are painted and etched with a blue ground and stick figures amidst other objects and symbols - like the rock paintings in Lappland. A few scratches on the polished sides.


Göran Wärff (1933 - ) joined Kosta in 1964 and worked for the factory as a glass designer until the early 1970s. He then left to teach in England and Australia before returning to Kosta in 1984. He designed many pieces with his wife Ann Wärff (1937 - ). He was winner of the Lunning prize for design in 1968, and his work is held in collections worldwide.