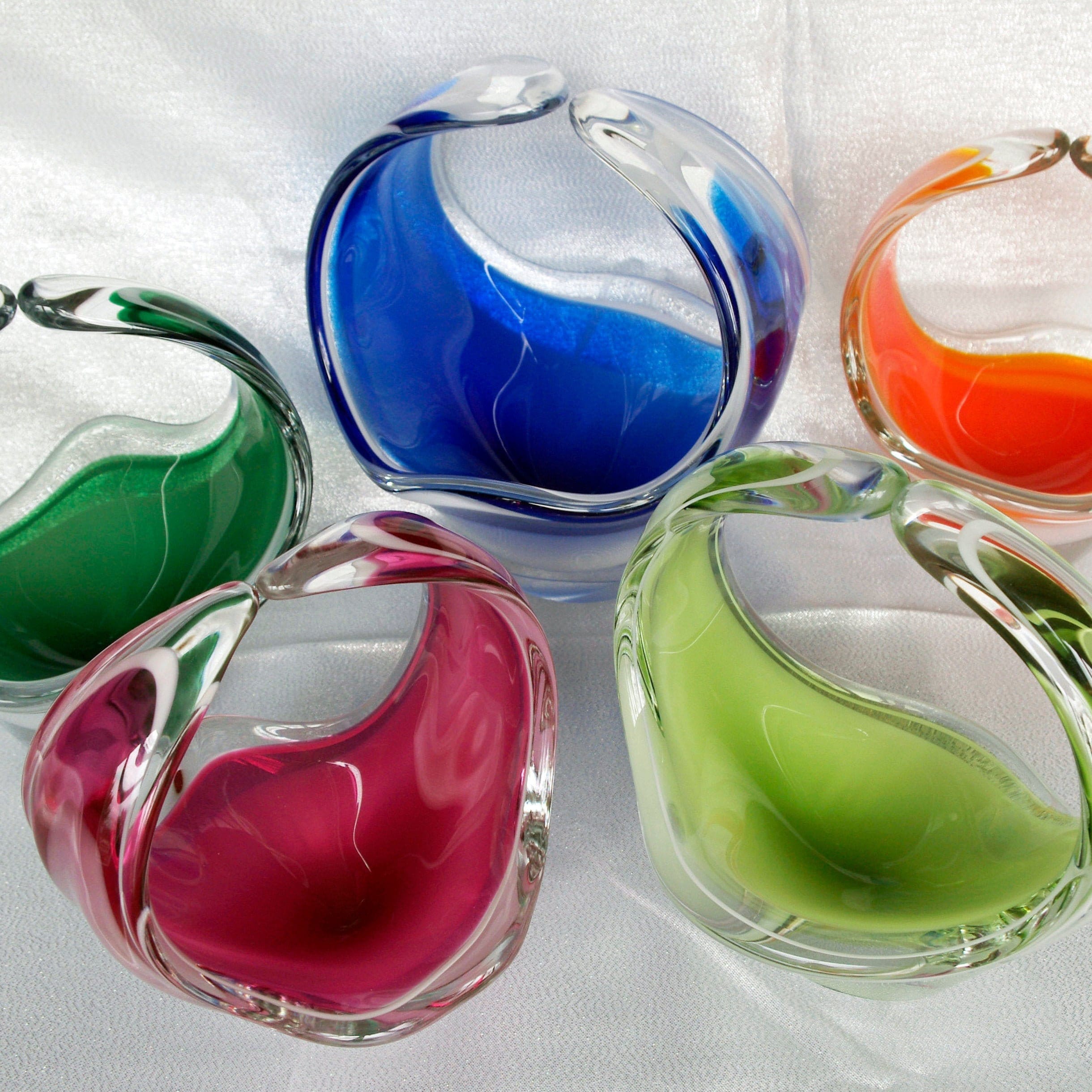 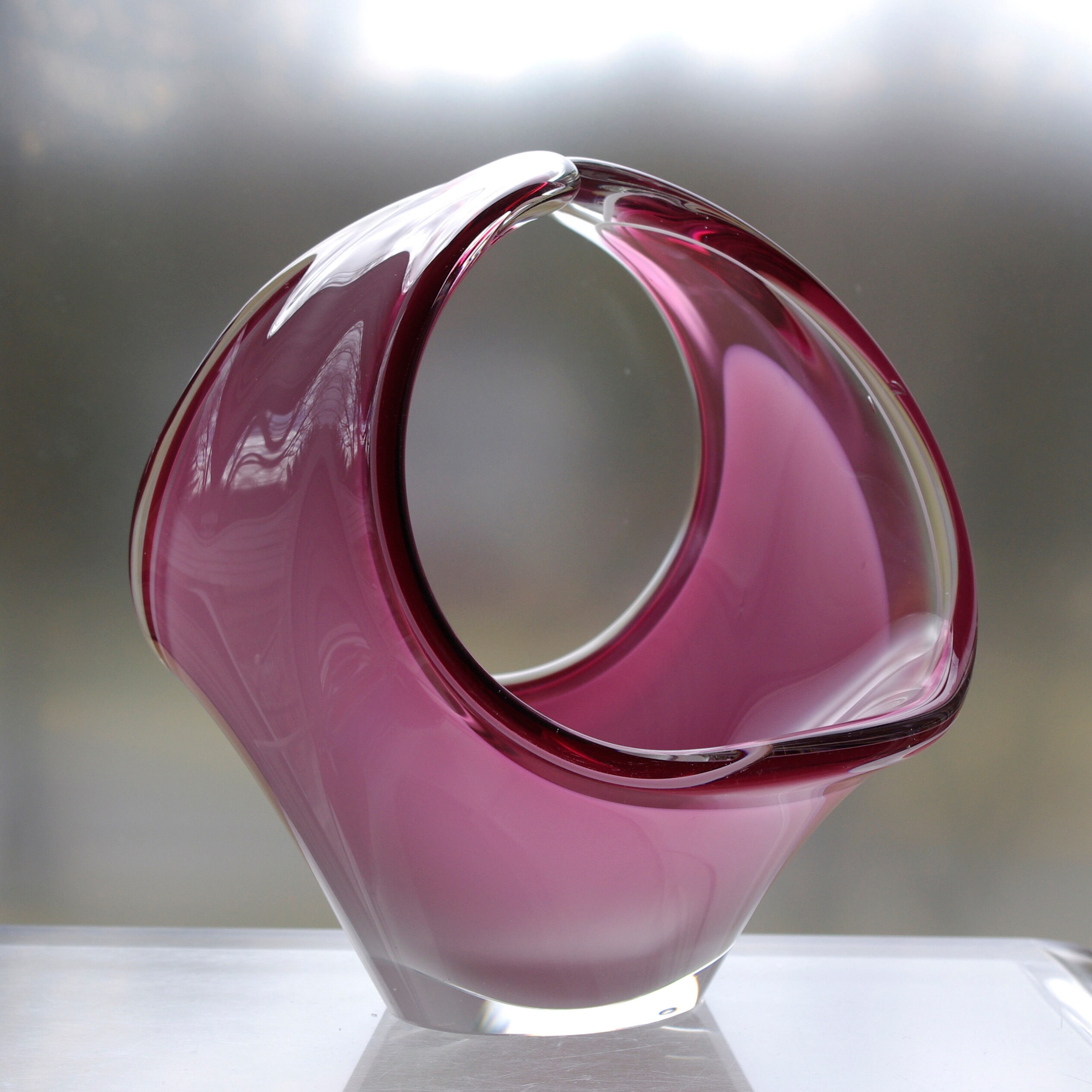 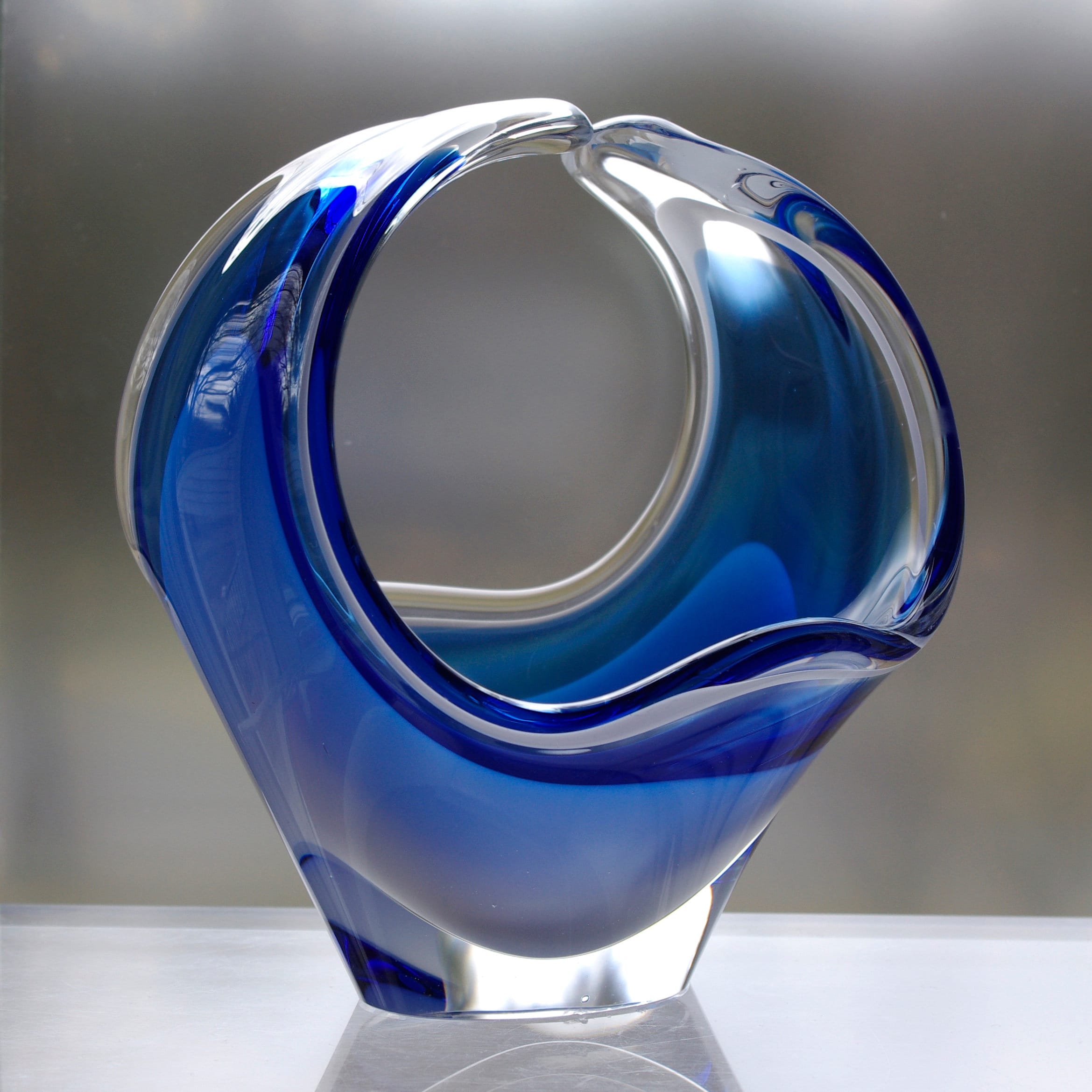 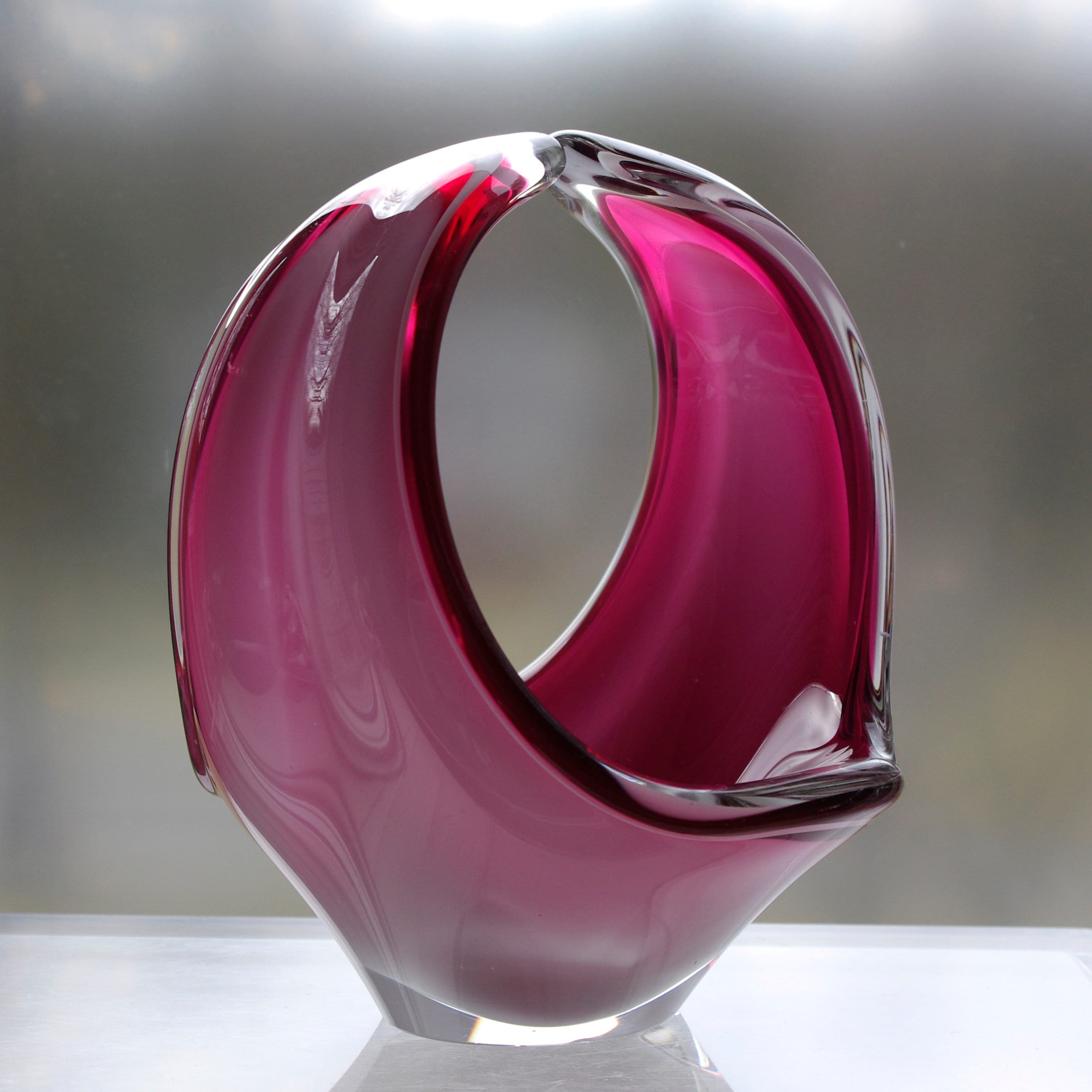 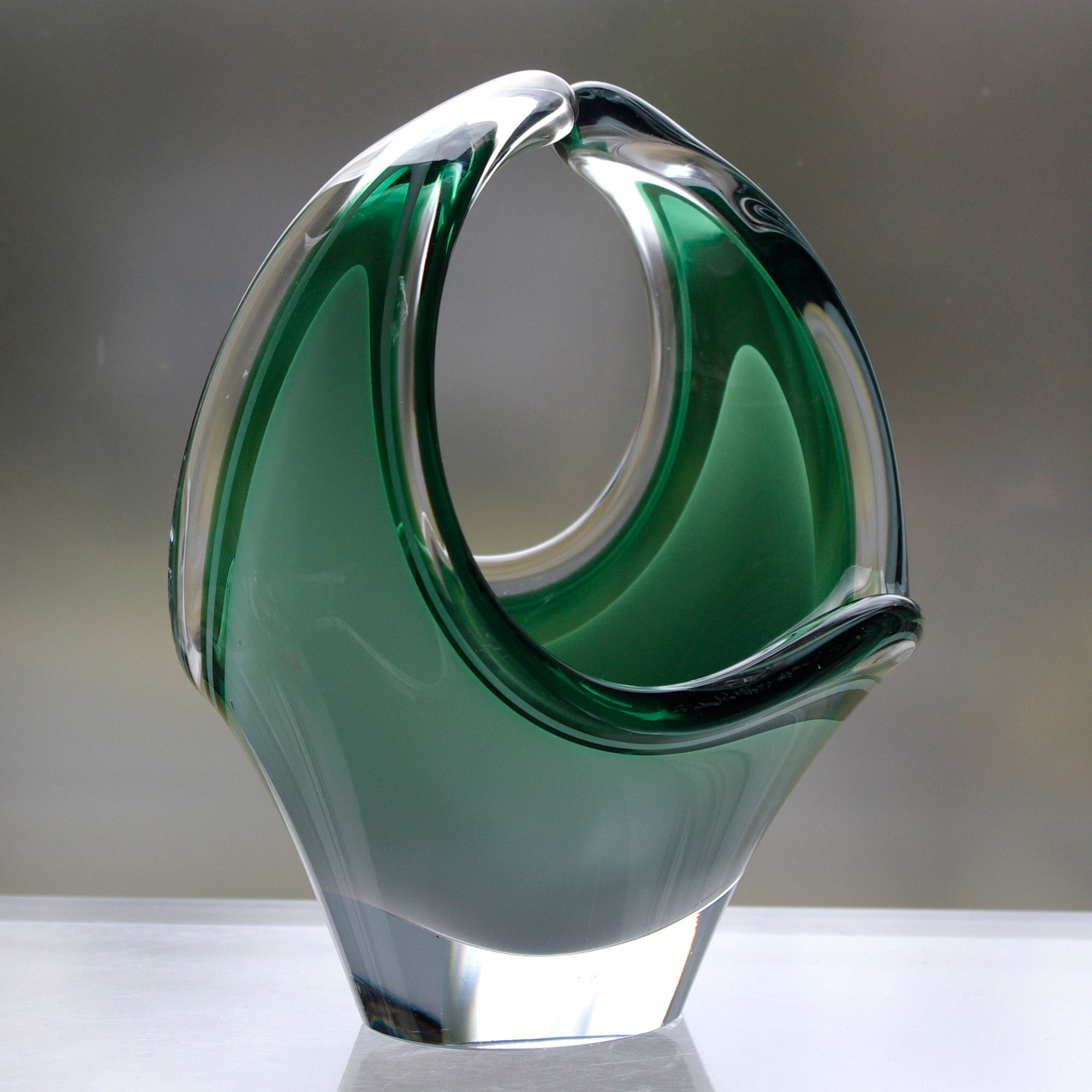 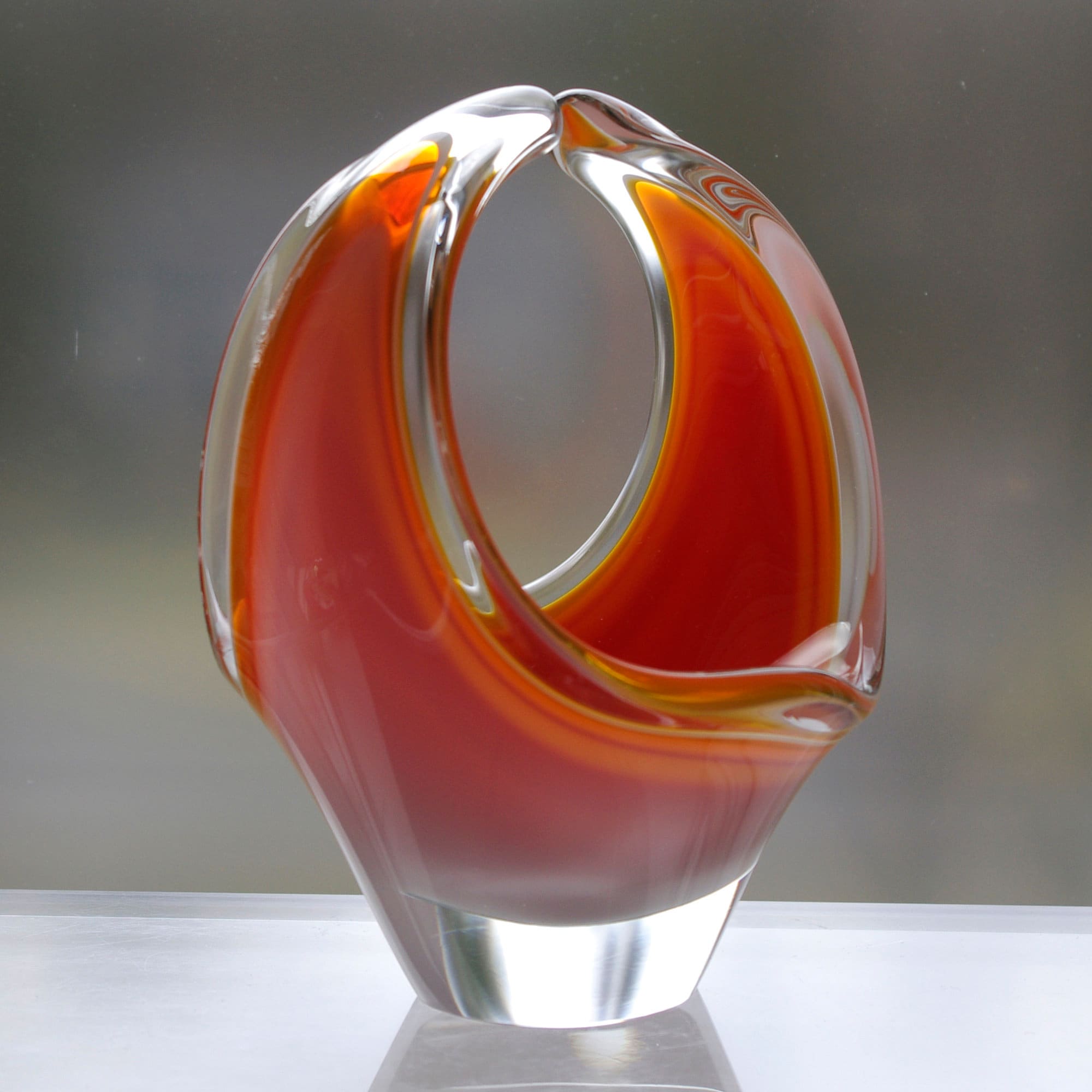 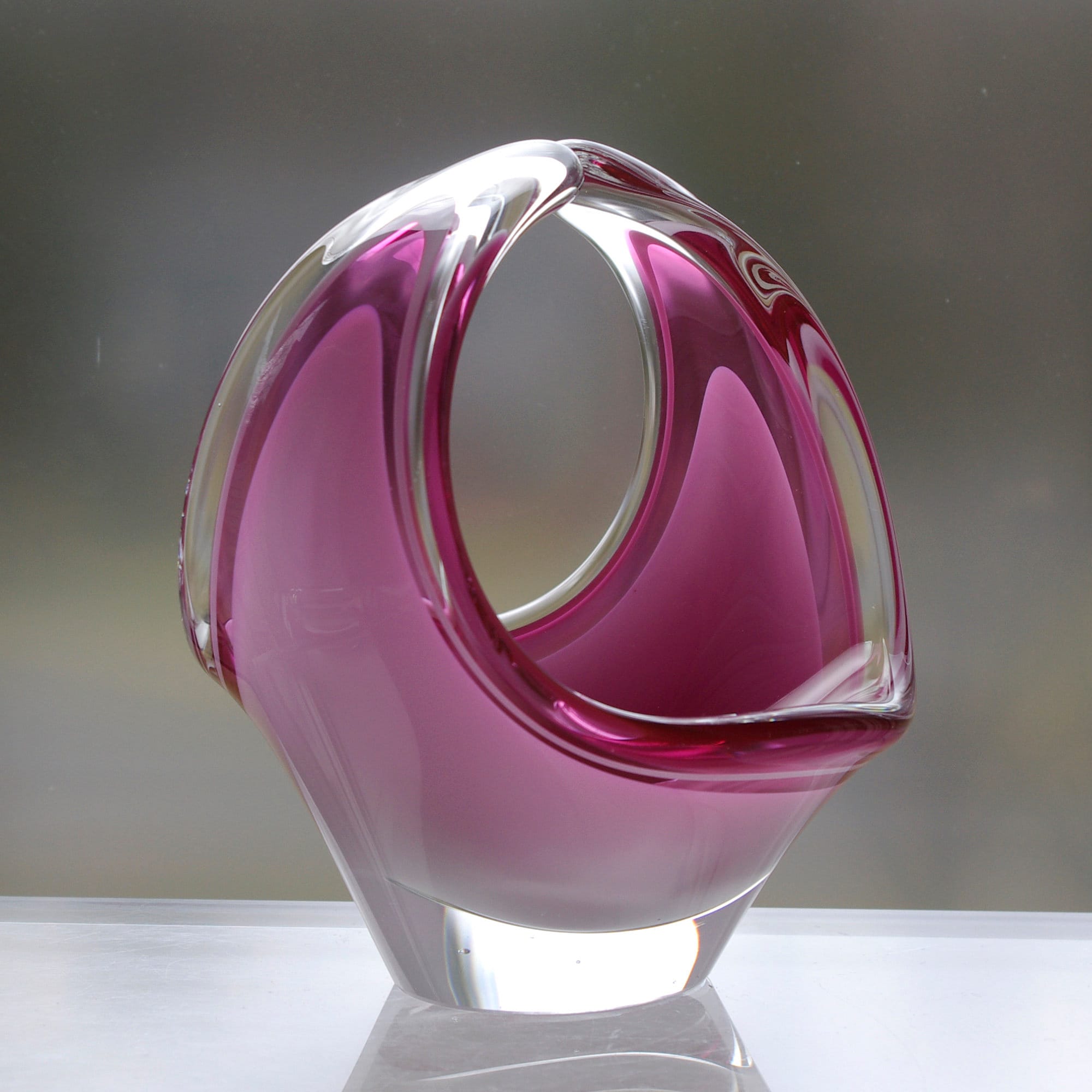 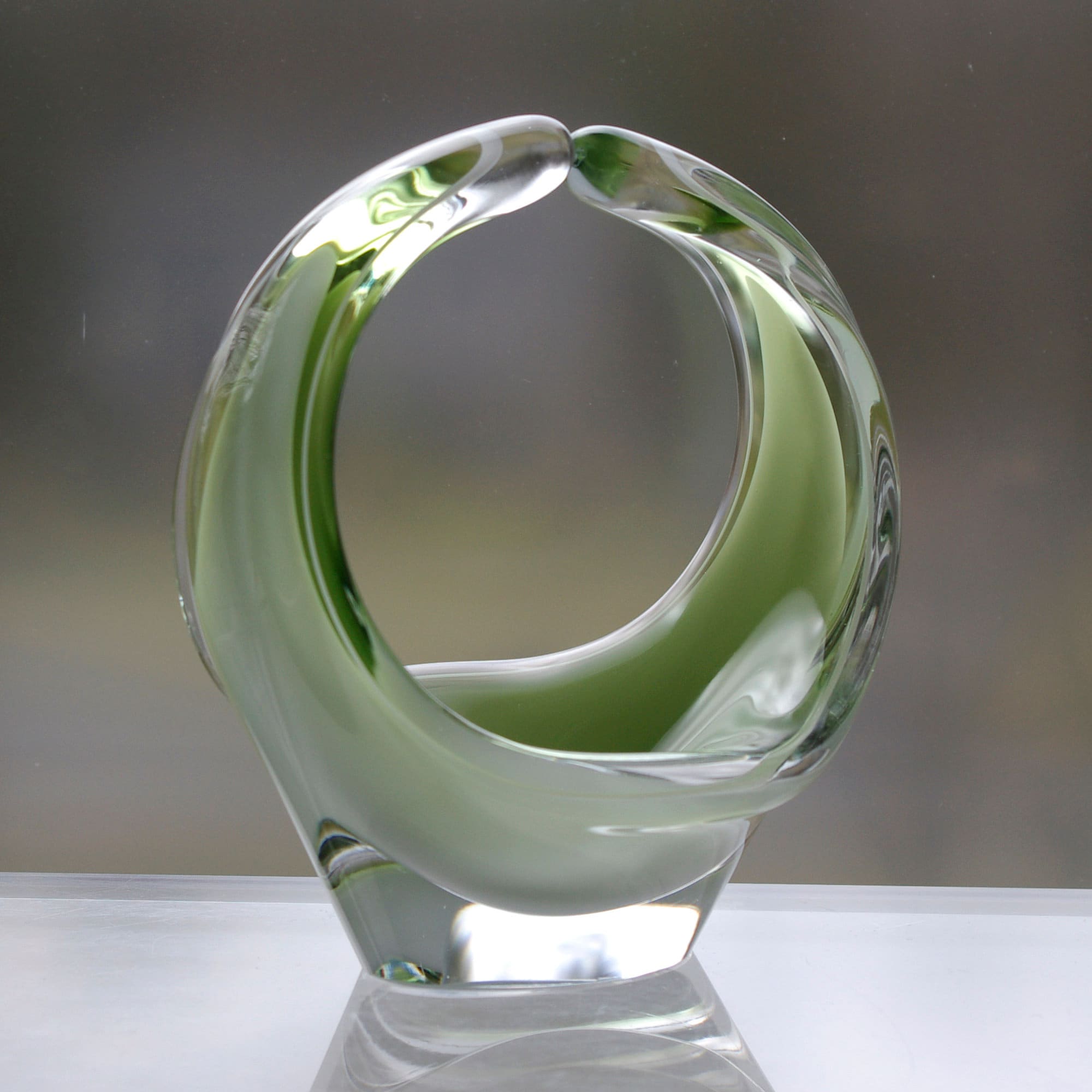 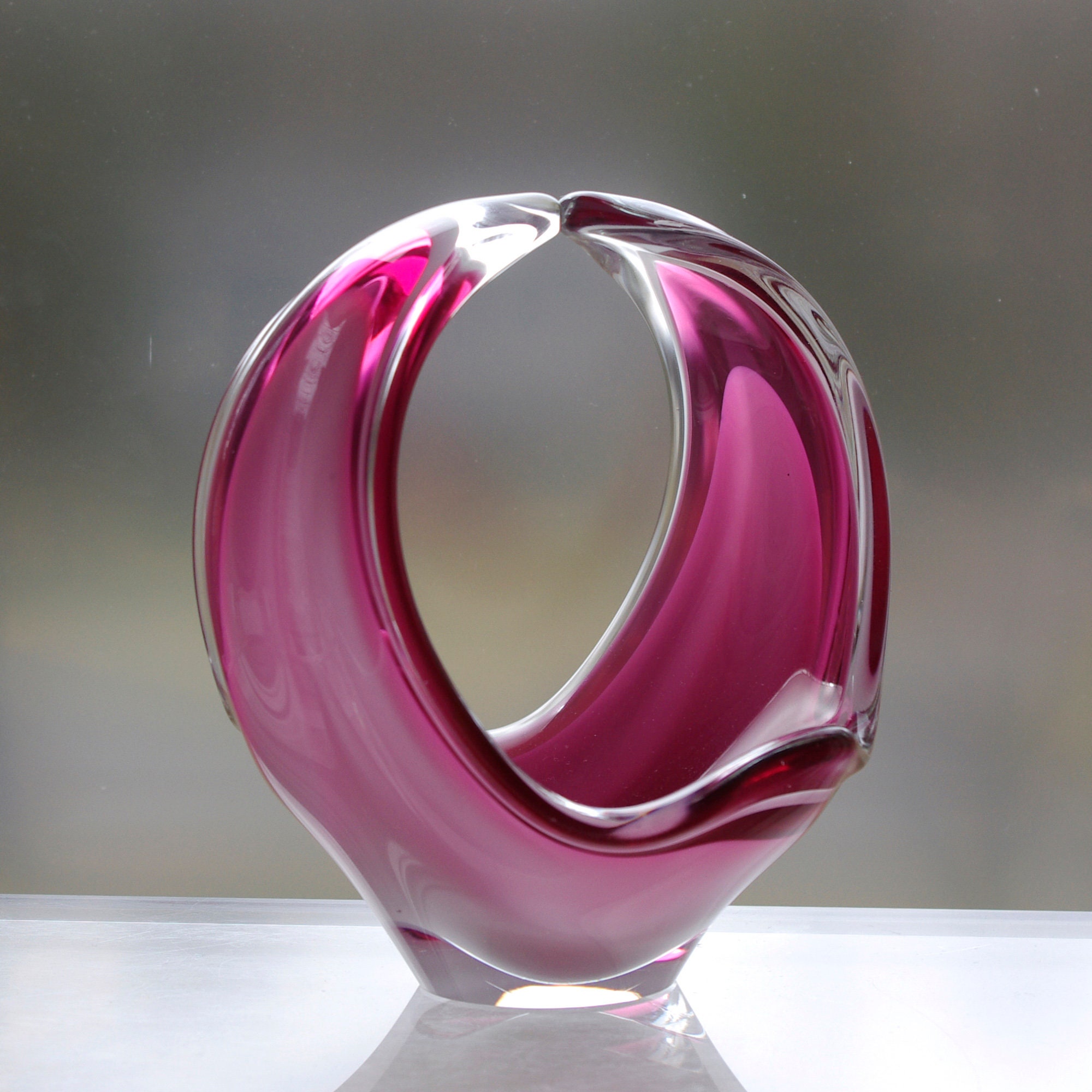 These wonderful, colorful glass baskets were designed by Paul Kedelv in the 1950's, at a company called Flygsfors, in Sweden. Their modern lines, bold bright colors, and signature accent lines of bright white, made these pieces real standouts, and they were copied much and often by competing Scandinavian glassworks. My collection of Coquille baskets has grown so much over the past decade, that I think it's time to find some new homes. The handmade piece in this sale vary between 9" tall and nearly 6 pounds, to 6.75" tall and under 3 pounds. They are in excellent vintage condition. Think of what wonderful pops of mid century Scandinavian style and color they could bring to your decor!

Taken from the Flygsfors blog:

Flygsfors Glassworks was a glass manufacturer in Sweden from 1888 to 1979. It produced a wide range of glass, and is best known for its art glass that was collected all over the world.

In 1949, Paul Kedelv joined Flygsfors to design light fixtures, and during his time at Flygsfors, he created the most popular and recognizable ranges of art glass ever manufactured at the company. Paul received his education at the National College of Art, Craft and Design in Stockholm, where he was taught by the world famous glass artist Edvin Öhrström. He then worked for Orrefors from 1937 to 1946, and at Nuutajarvi Notsjo for 1 year before he came over to work at Flygsfors. In 1952, he designed the Coquille (which is shell in Swedish) range of art glass. This range of art glass was distinguished by its organic forms with cased layers of transparent and opaque colored glass, and was inspired by sea shells. The Coquille range became Flygsfors’ most popular and world renowned line of glass, and was produced into the early 60s. While at Flygsfors, Kedelv became the chief designer, and then left the company to join Reijmyre in 1956.

I have more images - send a note if you'd like to see other views of a particular piece!