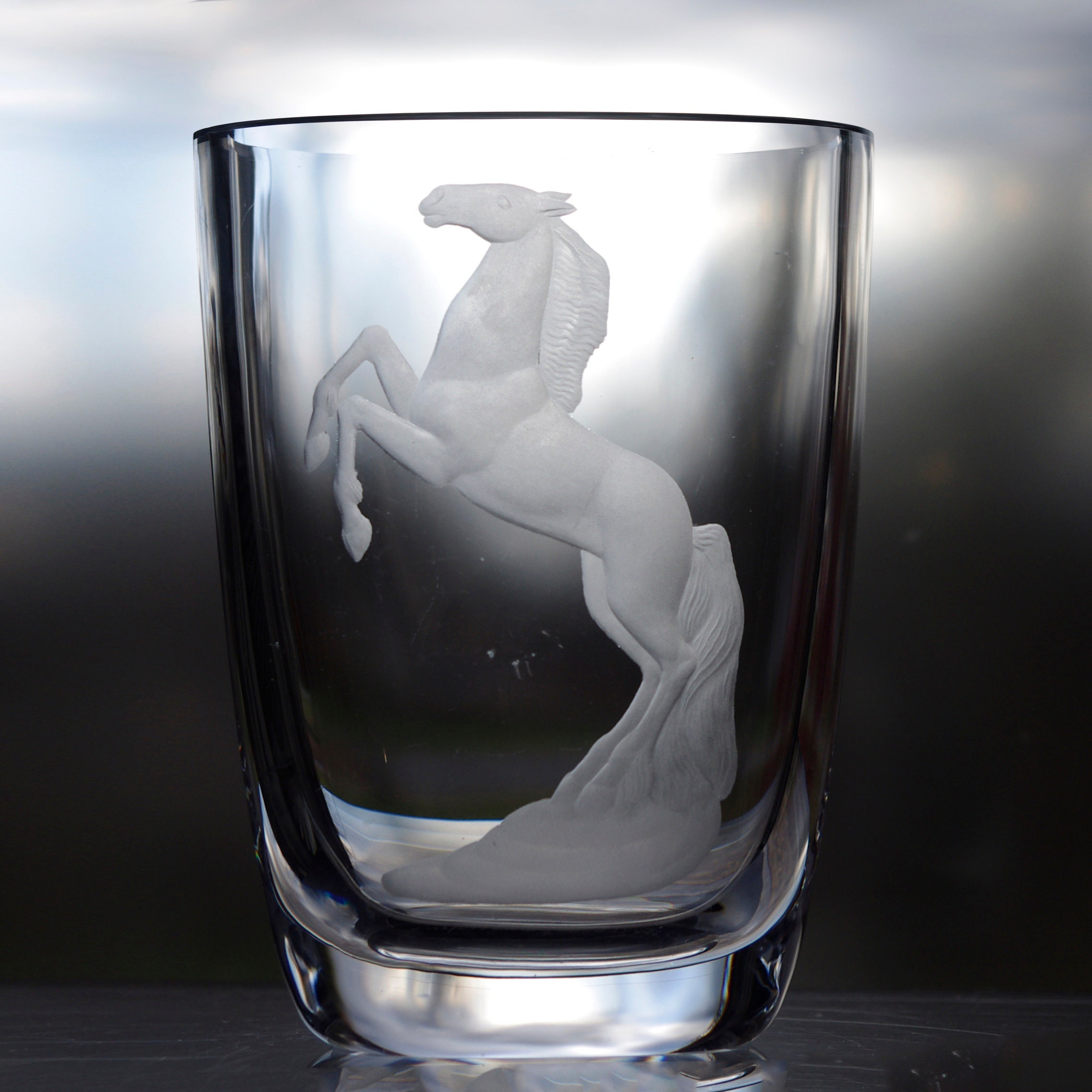 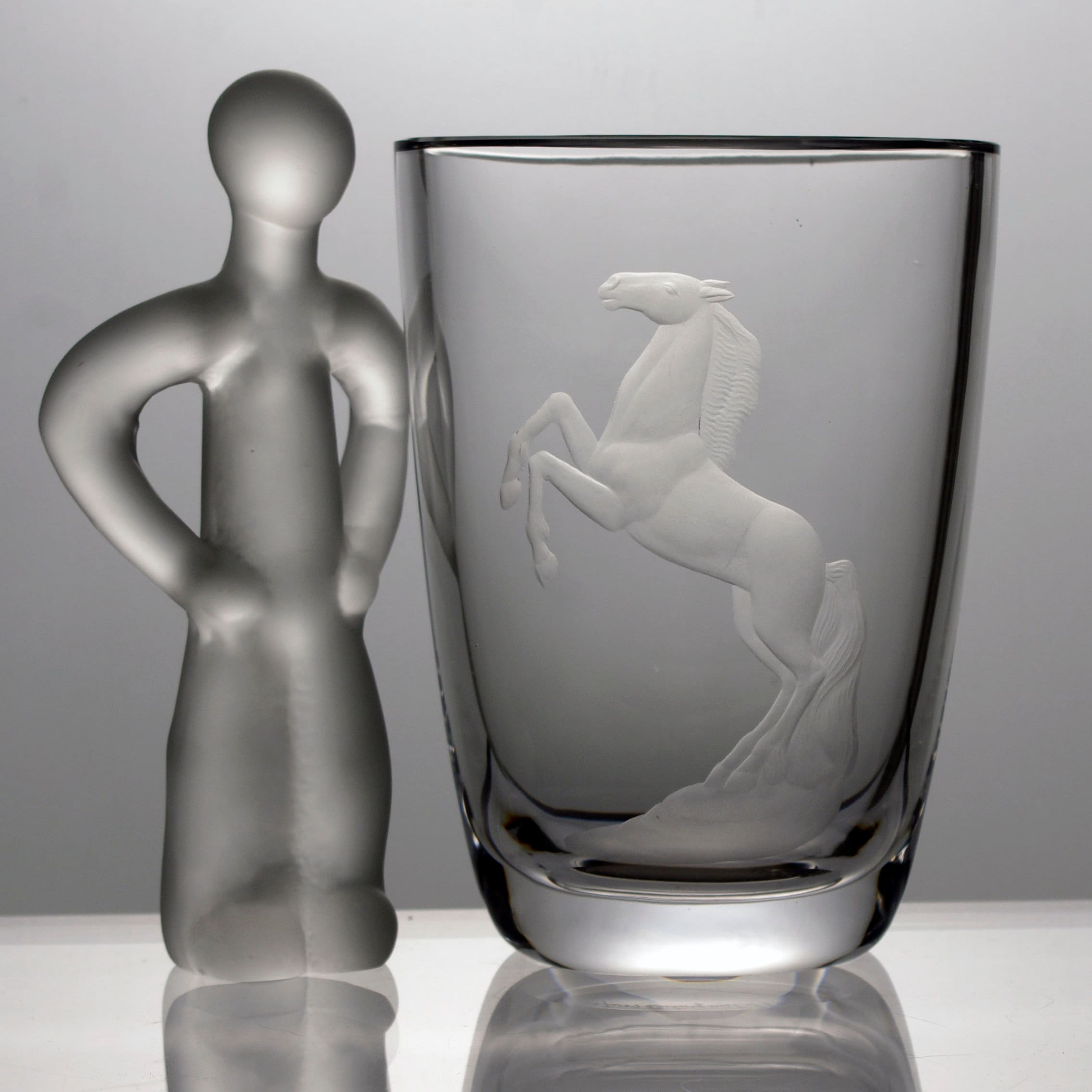 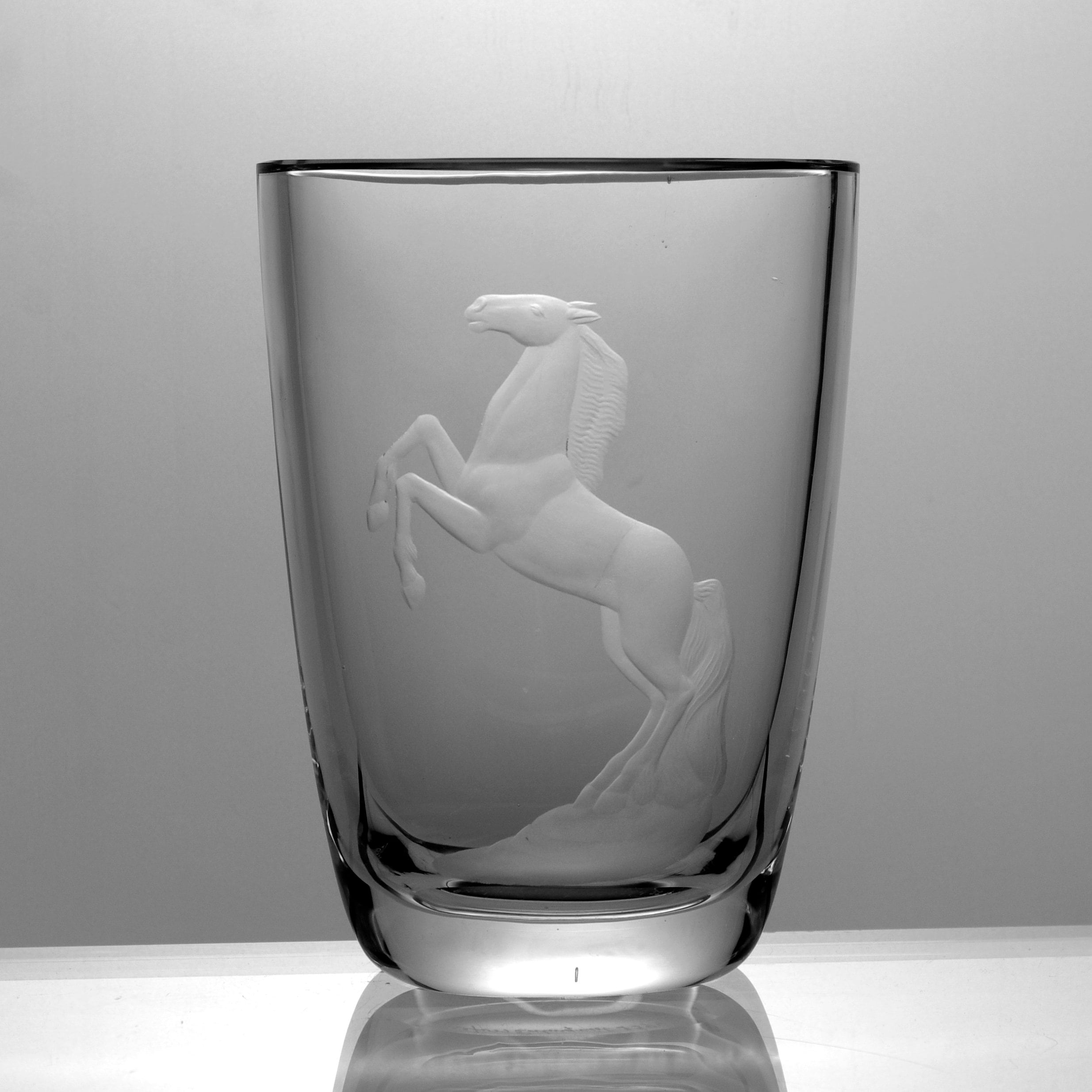 Sven Palmqvist designed this image of a horse rearing, or standing up on its hind legs with its forelegs off the ground. It is not uncommon to see stallions rearing in the wild when they fight, while striking at their opponent with their front legs.

This is a nice size vase for display, 5" x 3.5" x 7", and solid, weighing just over 3 pounds. There are a few scratches on the piece that I will try to photograph more closely tomorrow. The design code 3594 tells me it was designed in 1956, and the date code C4 means that this particular piece was also made in 1956.