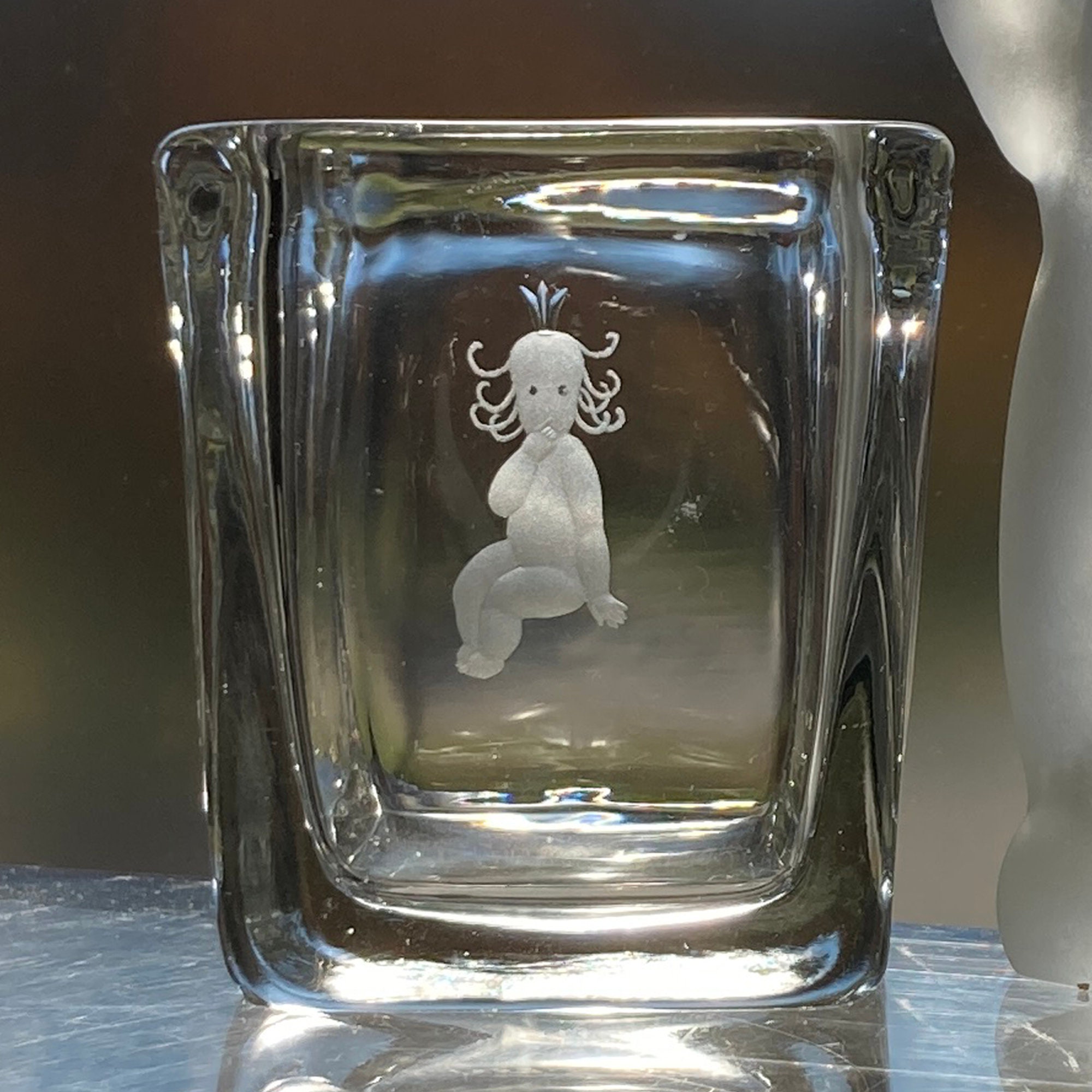 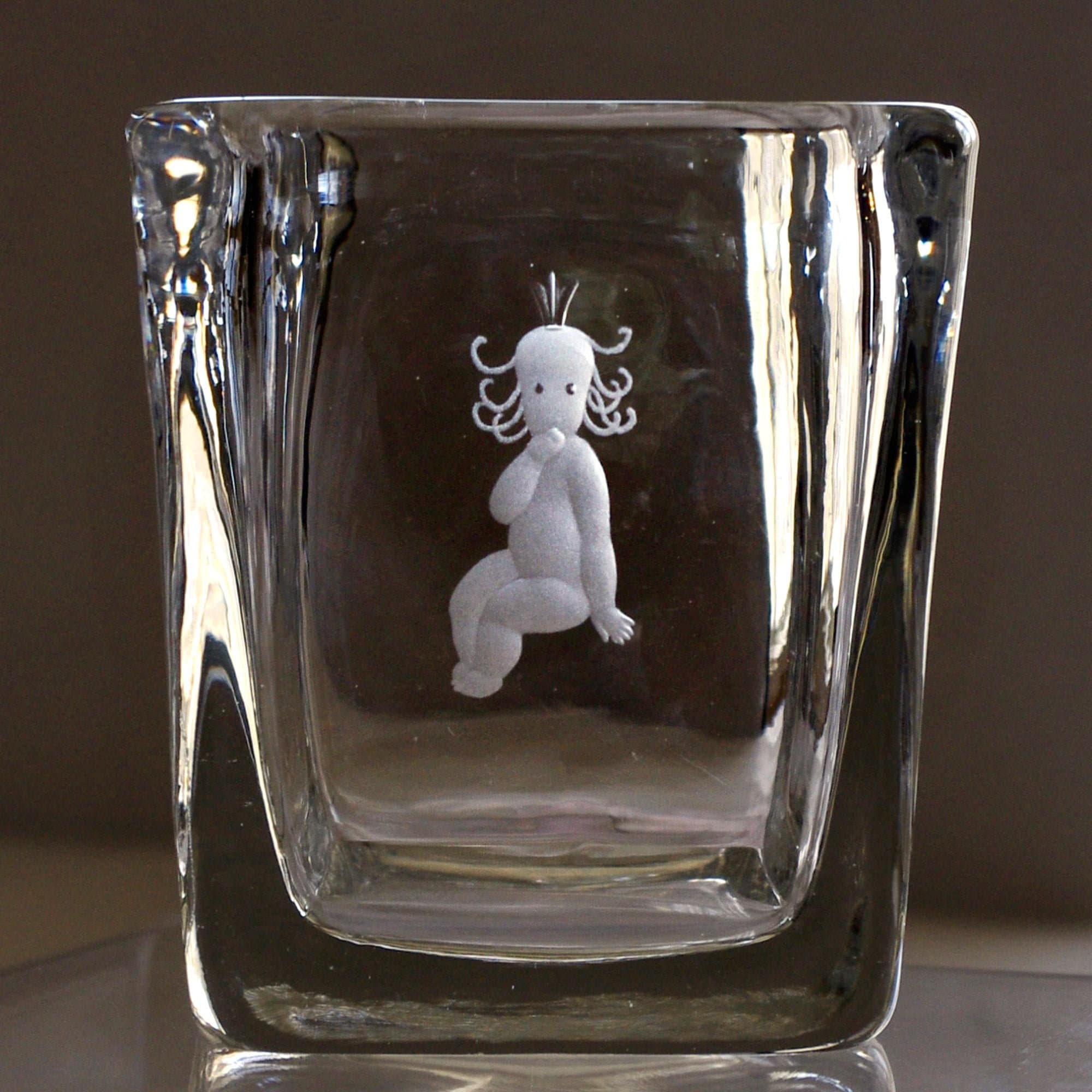 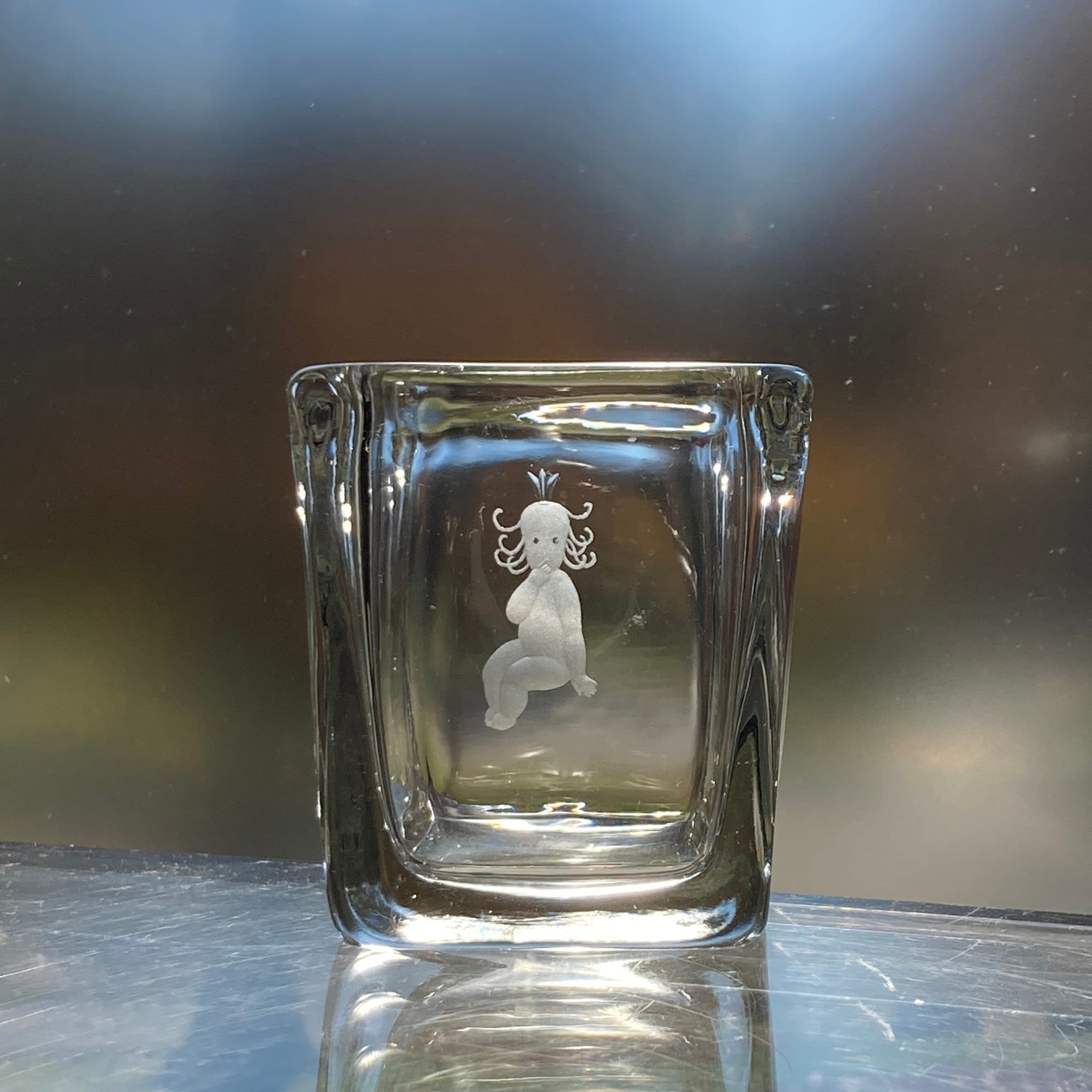 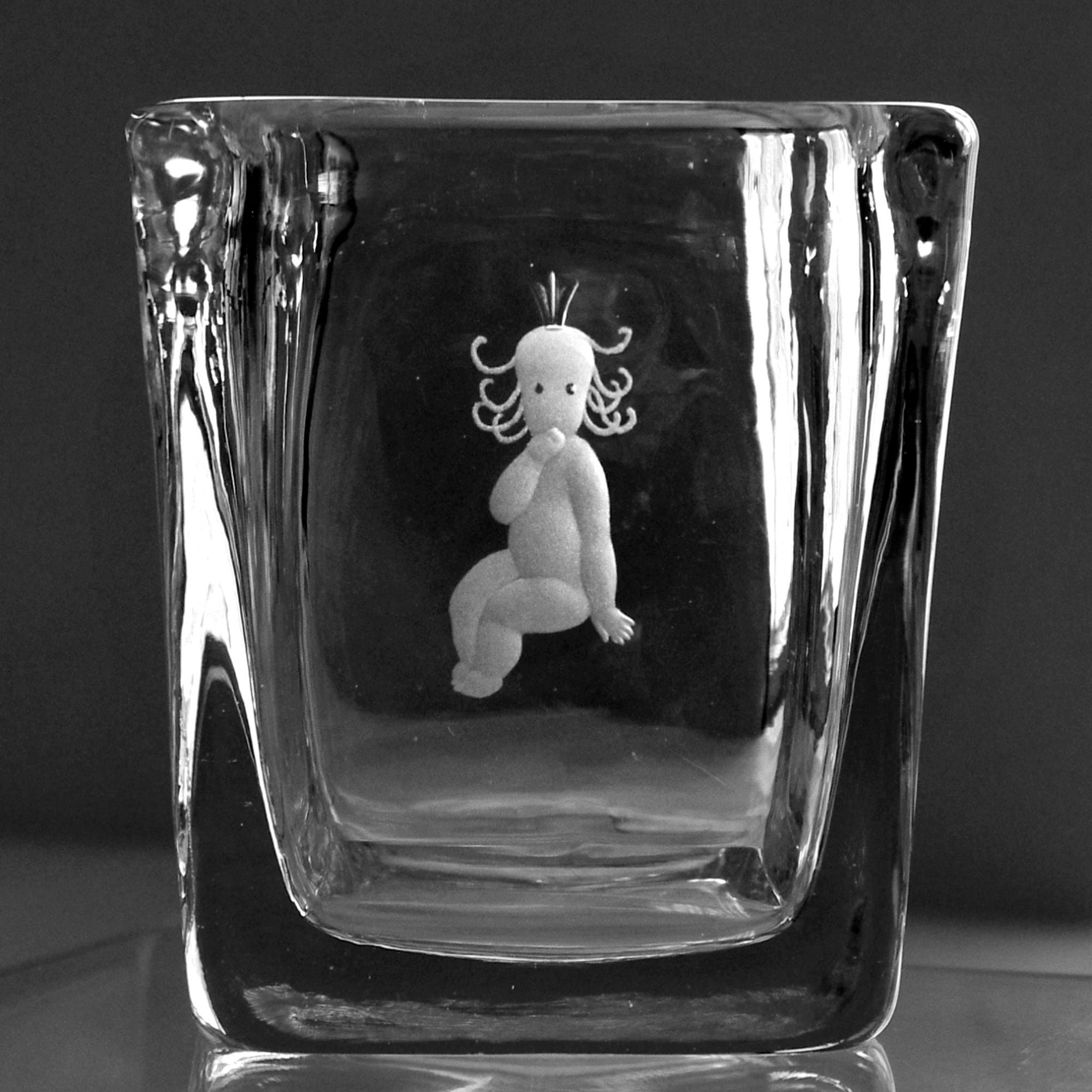 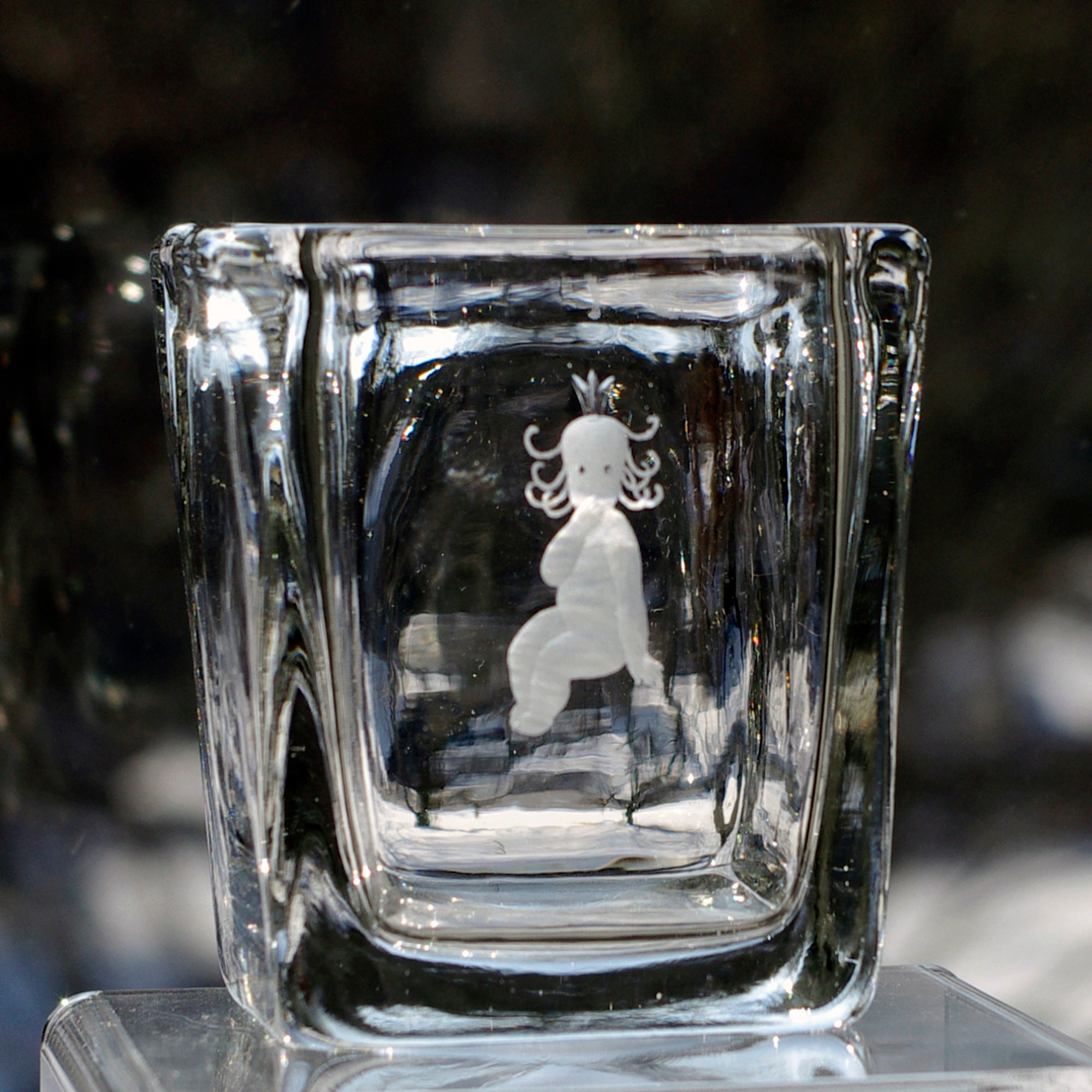 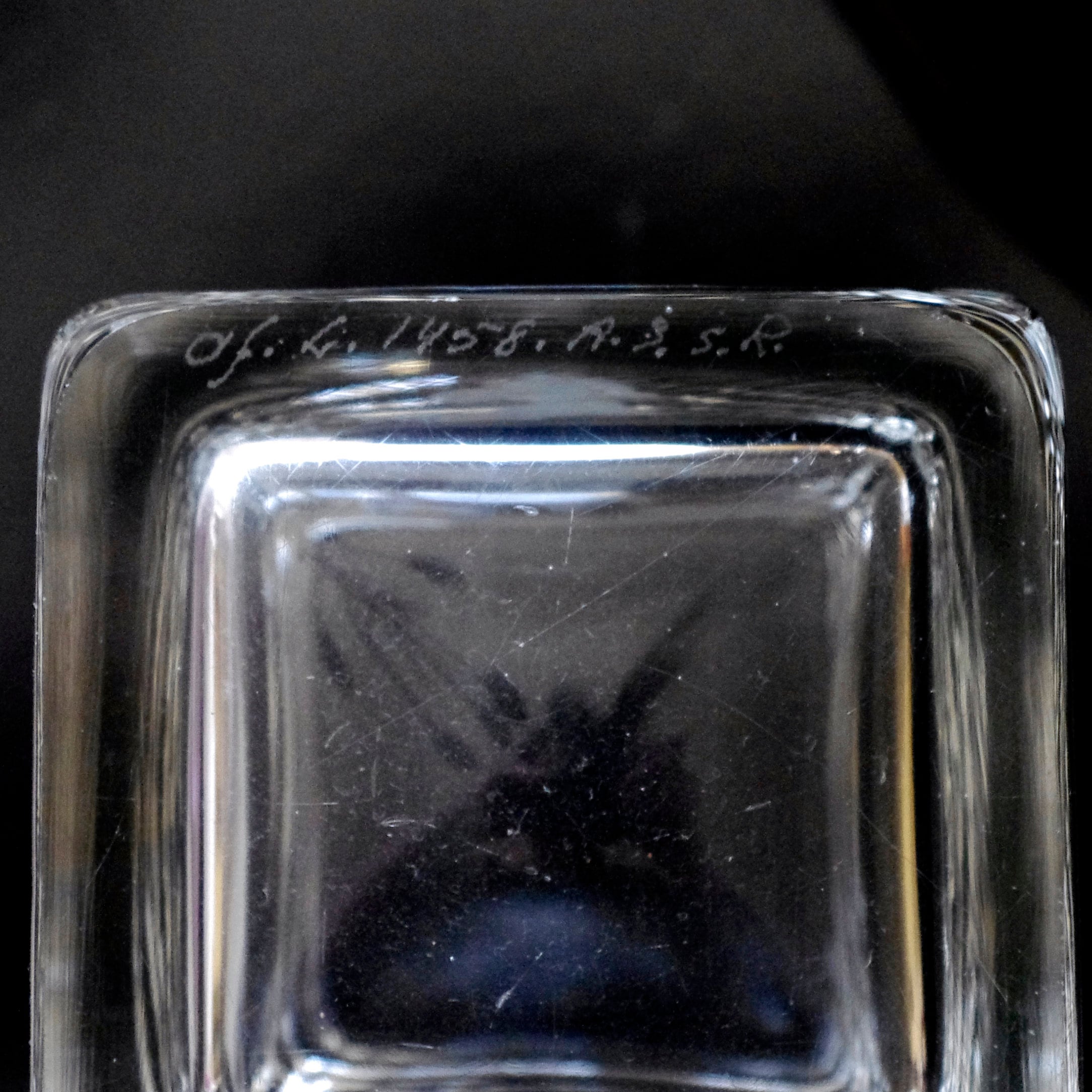 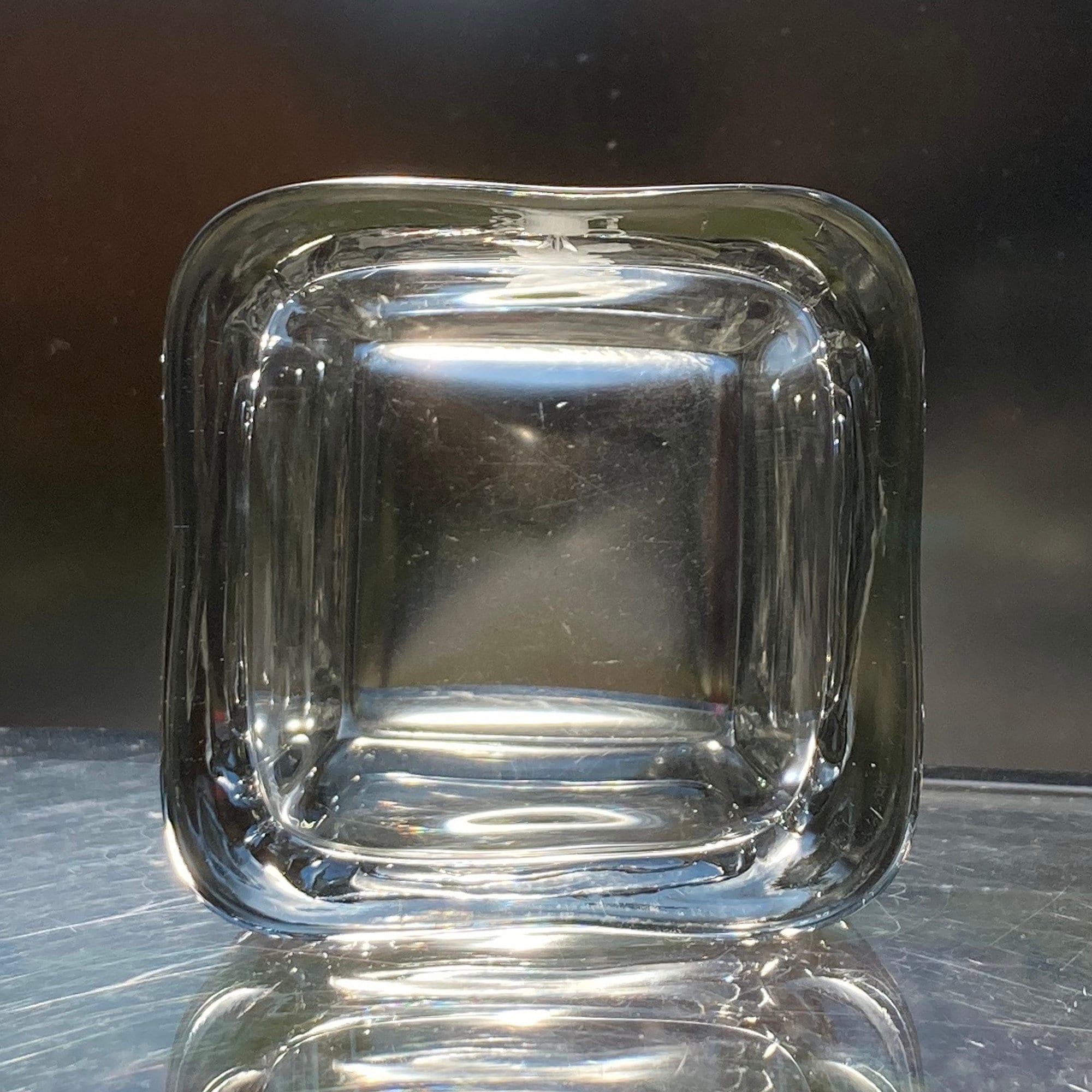 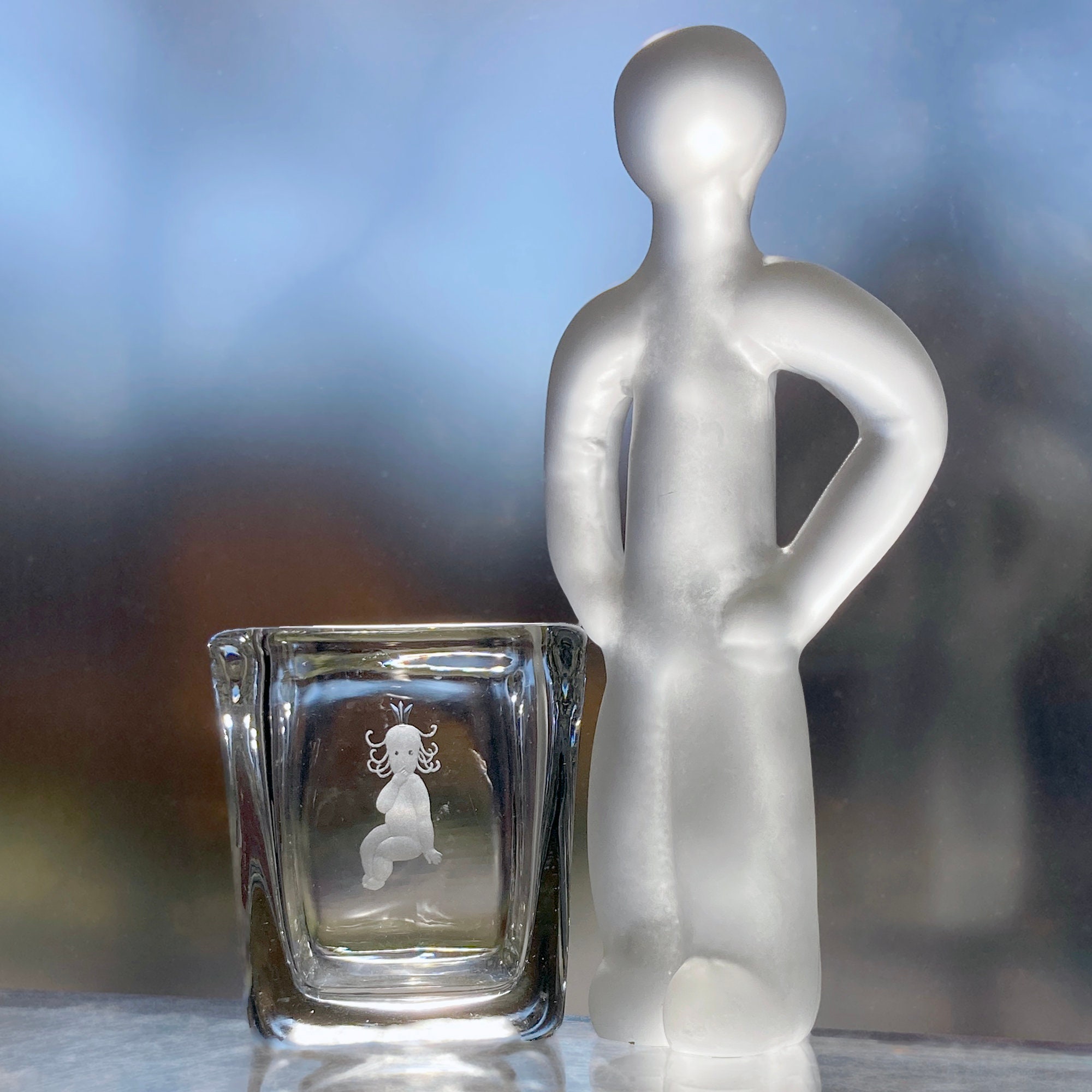 Designed by Vicke (Victor Emanuel) Lindstrand, this handblown half crystal vase is an early example of a new design movement in Sweden in the 20th century, one led in part by Lindstrand. In place of the traditional filigree and flourishes that filled engraved glass from earlier artists, Lindstrand employed dominant central figures, often using human and animal subjects. Lindstrand designed this wonderfully playful rendering of a baby, wearing a tiny crown, and made even more endearing by its size of less than 3." This is among his earliest designs, and though it has a few small scratches, after eighty-two years, the story it tells shines through.

This is a special little piece, the only one of its kind I've ever seen.