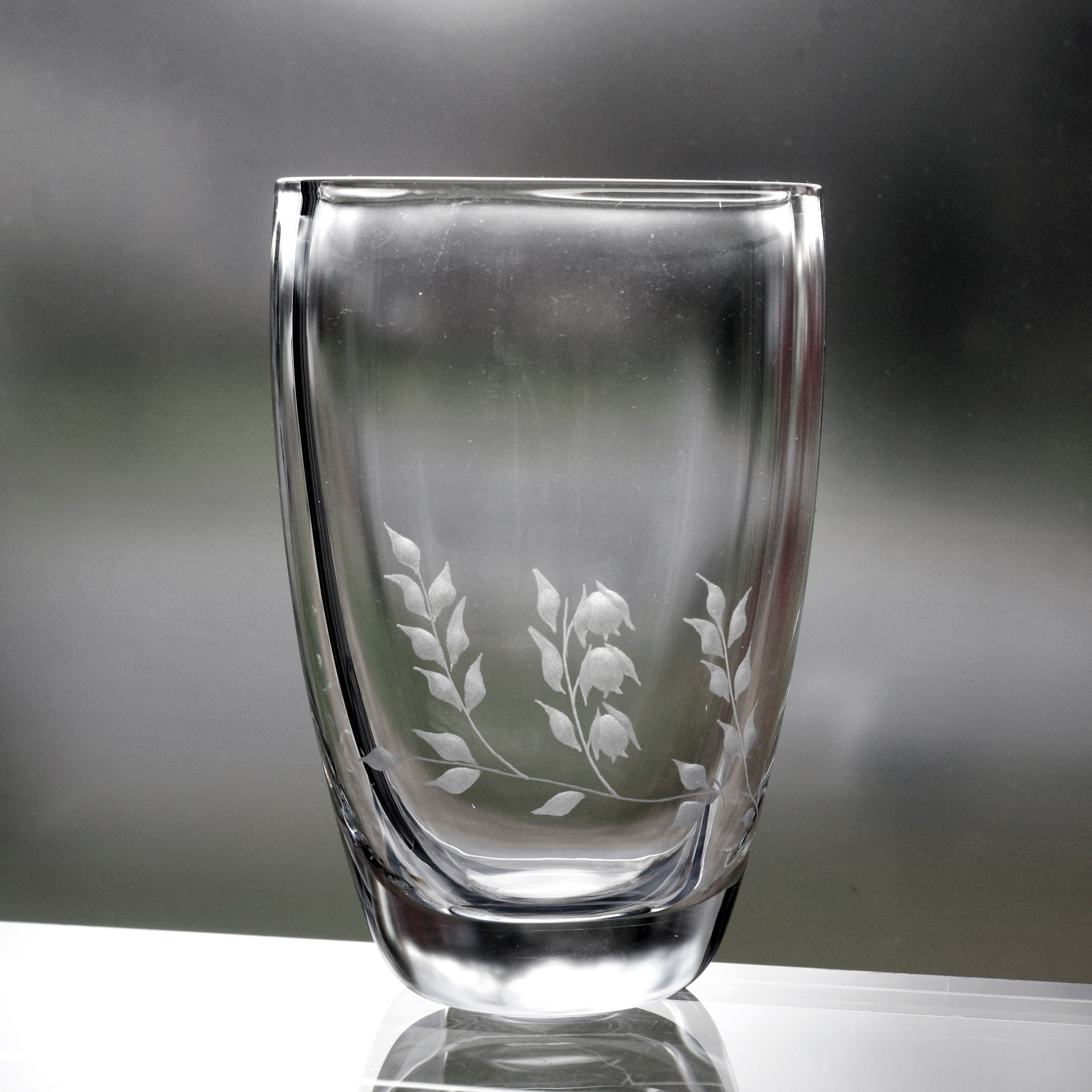 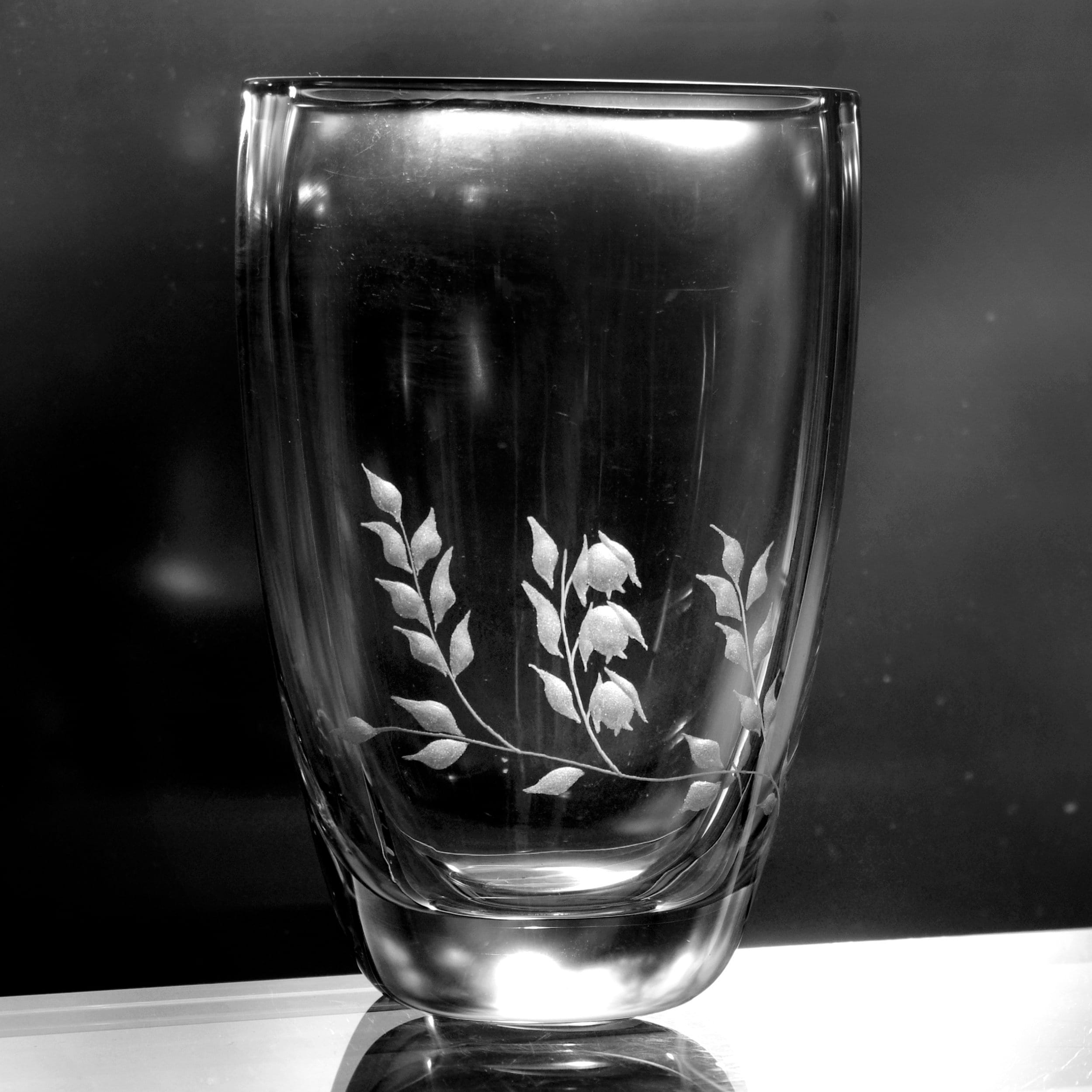 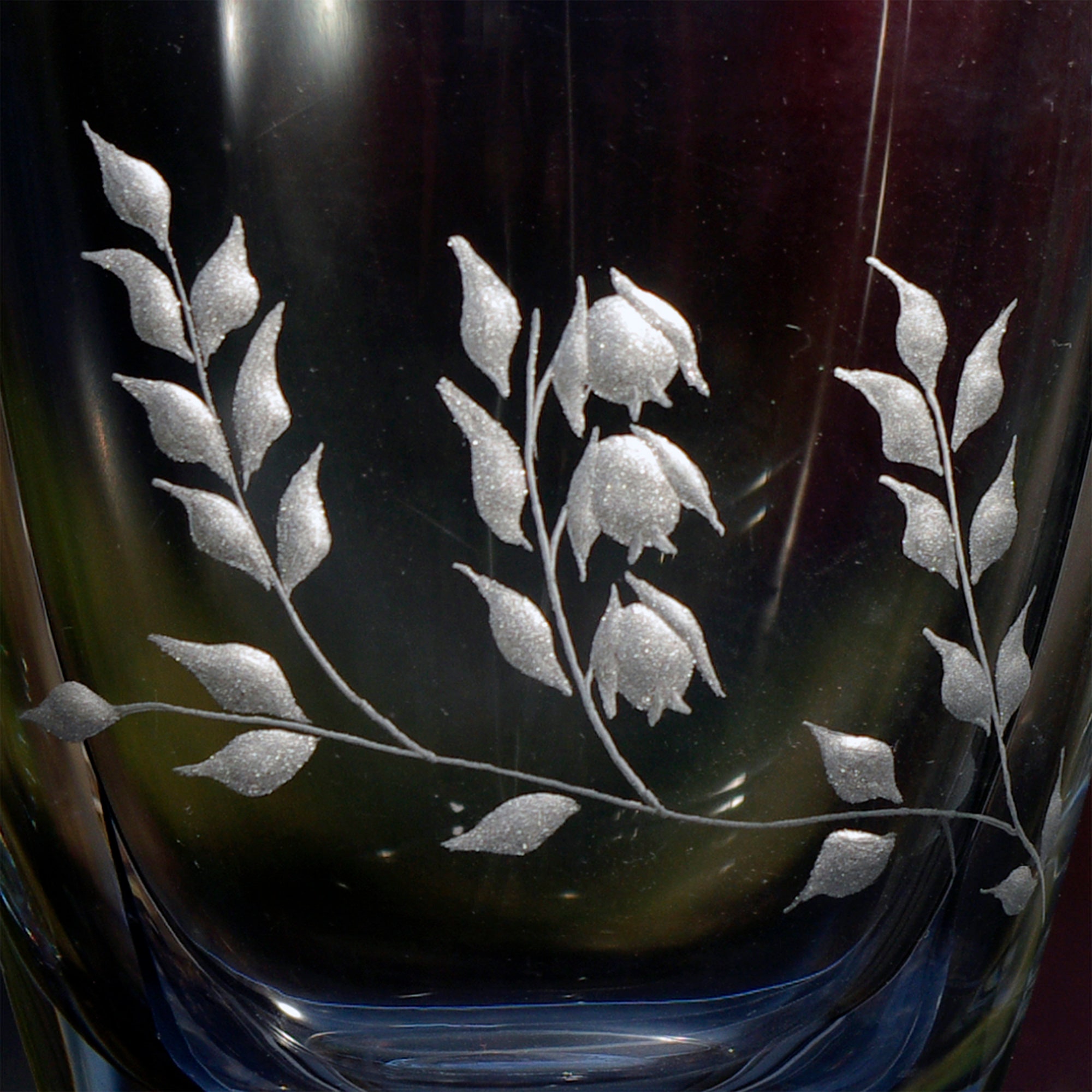 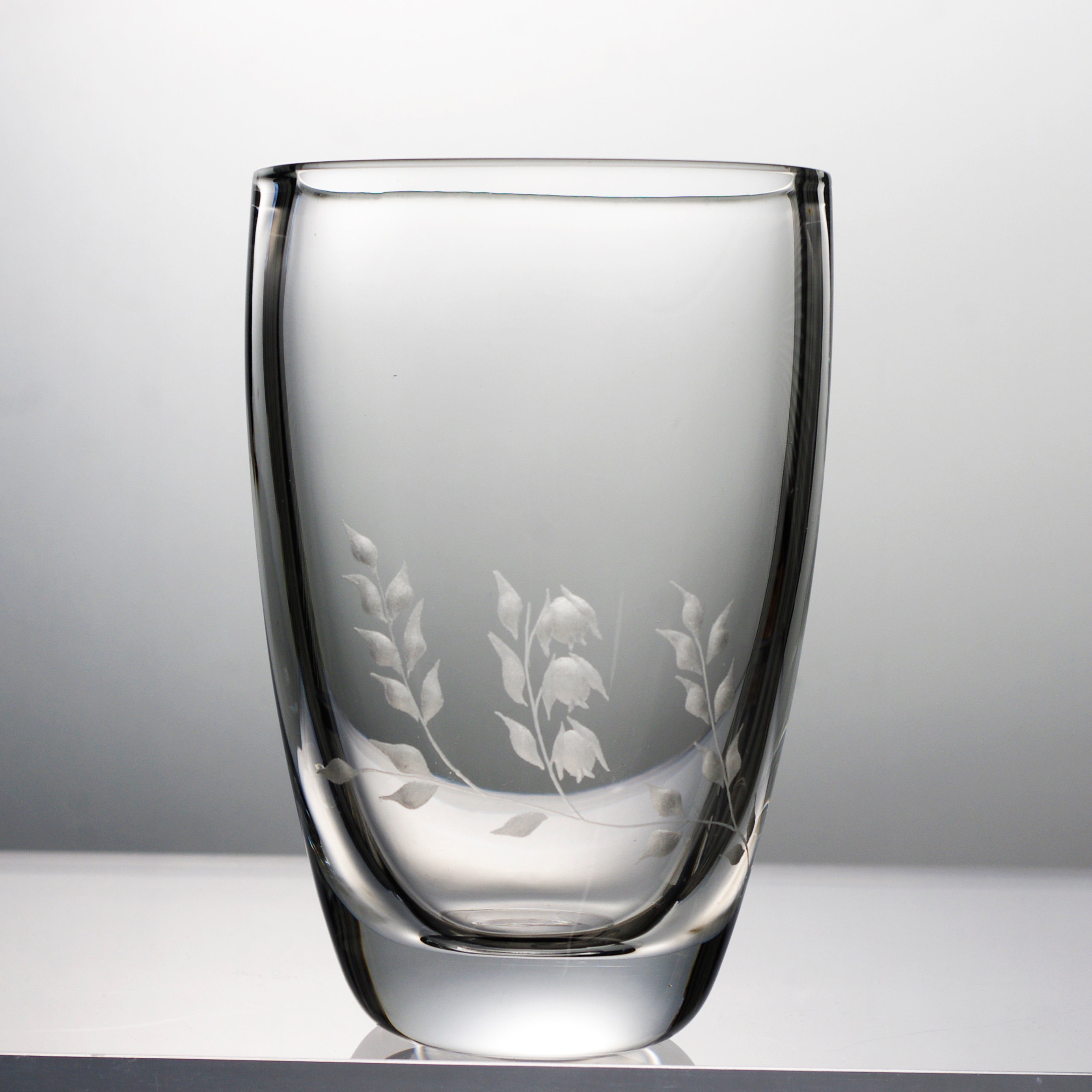 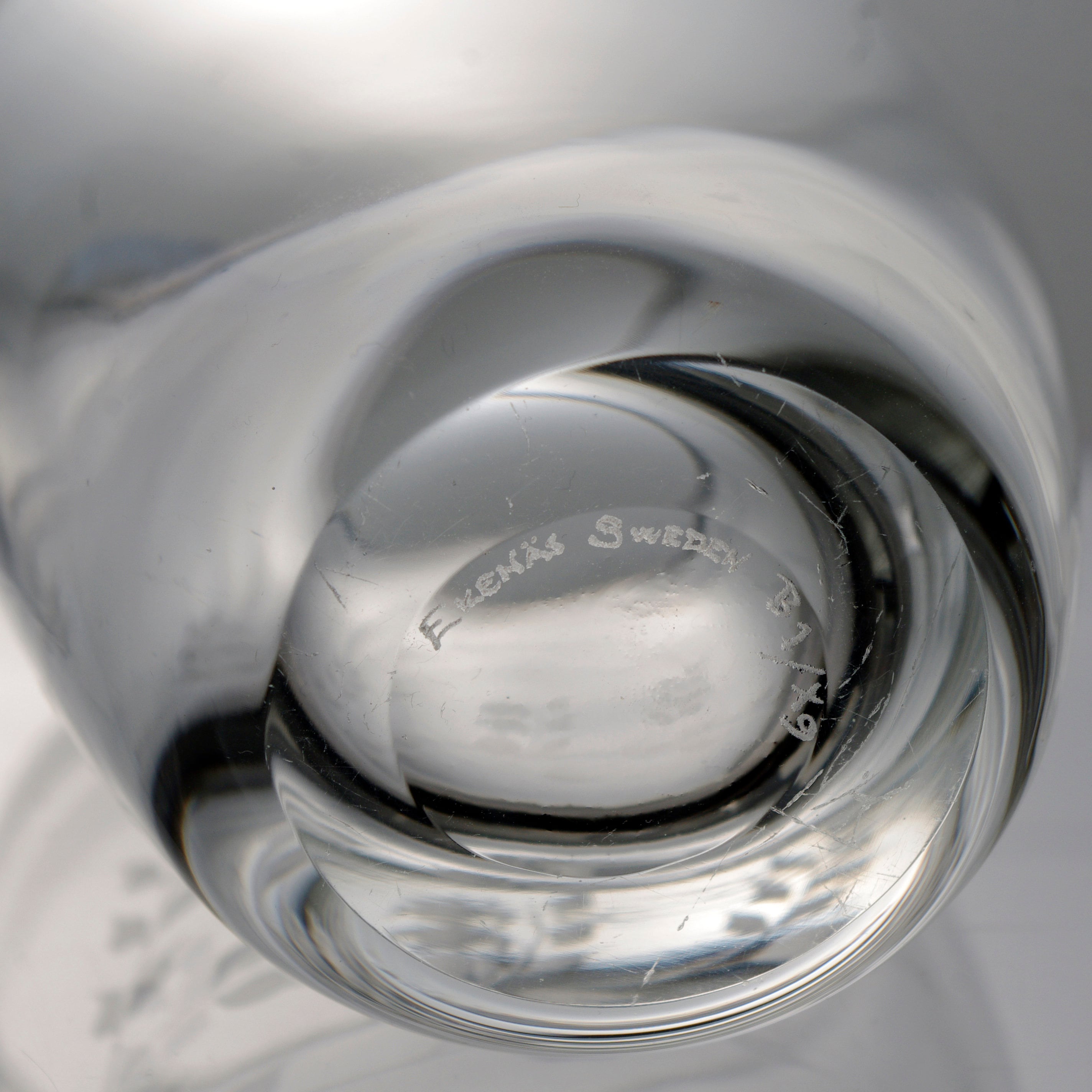 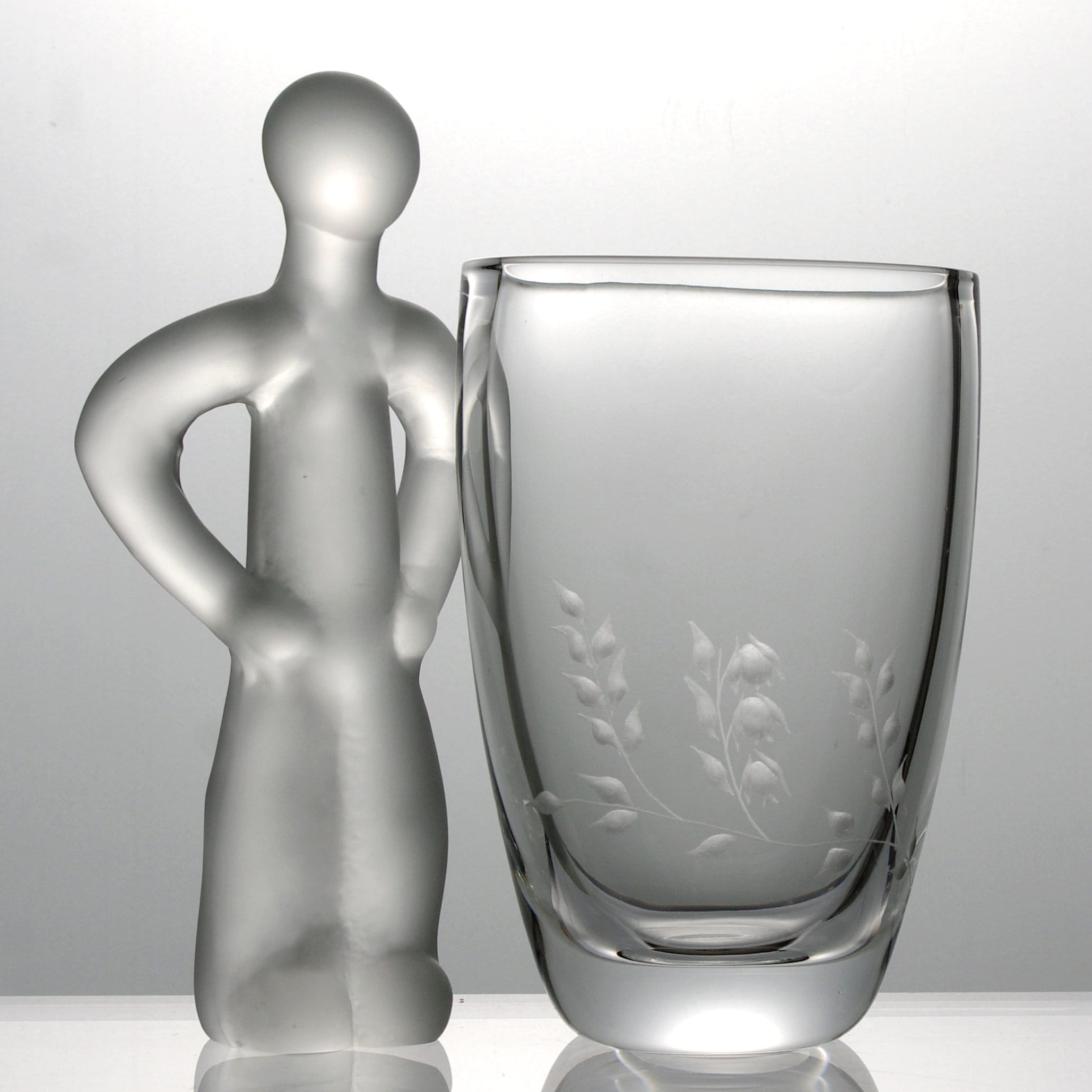 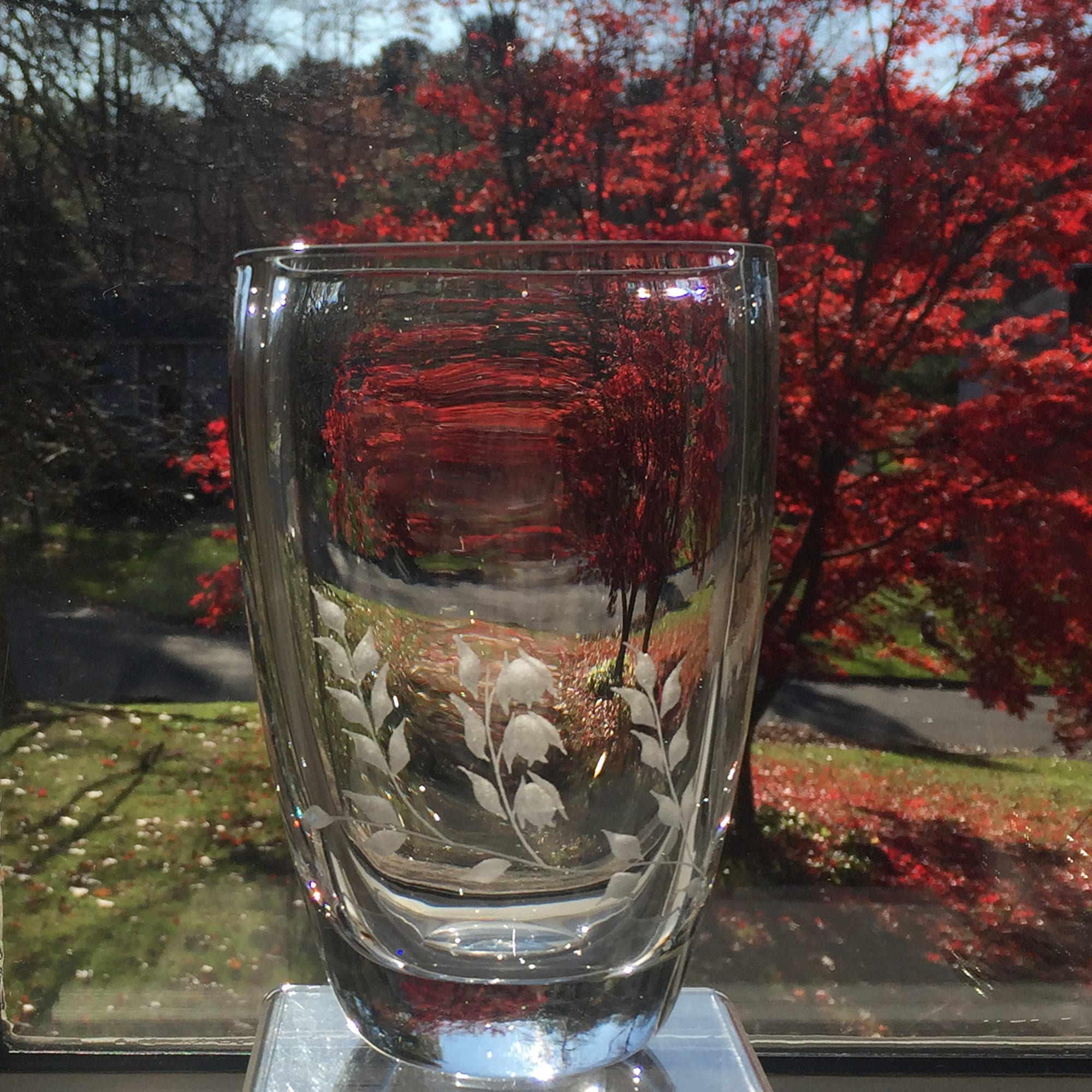 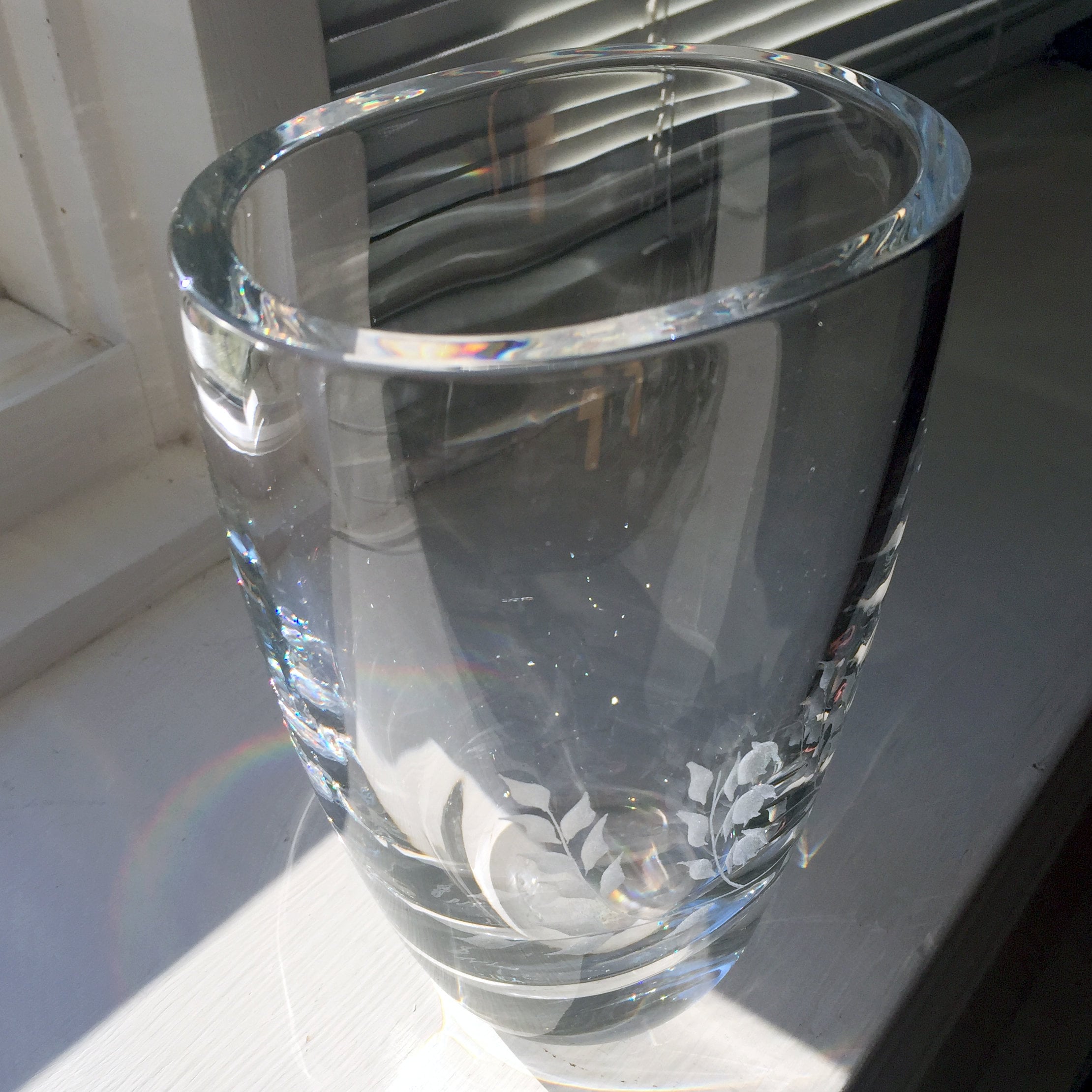 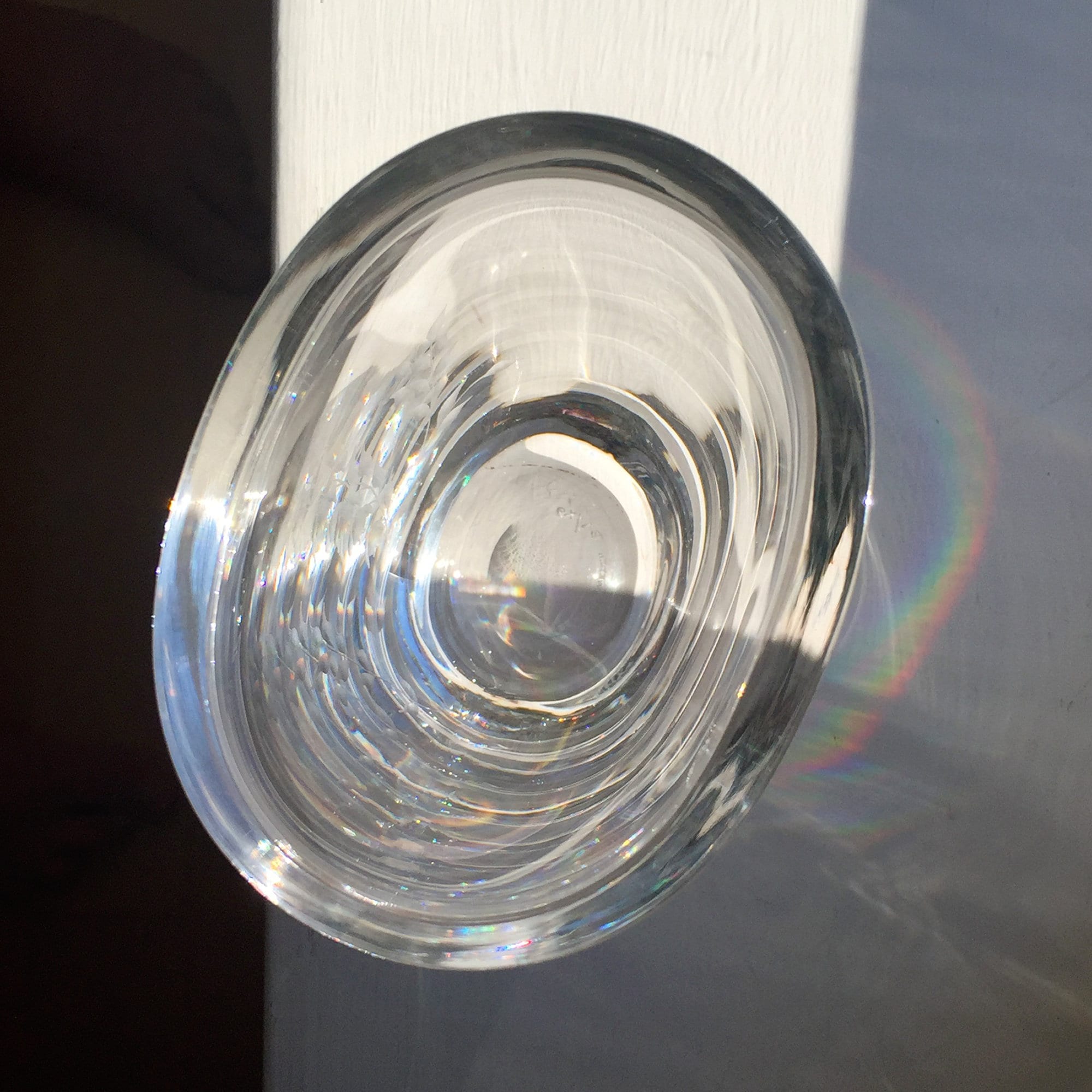 This vase was likely designed by John Orwar Lake and engraved by Gert Claesson, who was a craftsman at Ekenäs Glassworks for many years. It is an artist's representation of one of the many wildflowers that are special to the people of Sweden. The traditional copper-wheel engraving is skillfully done.