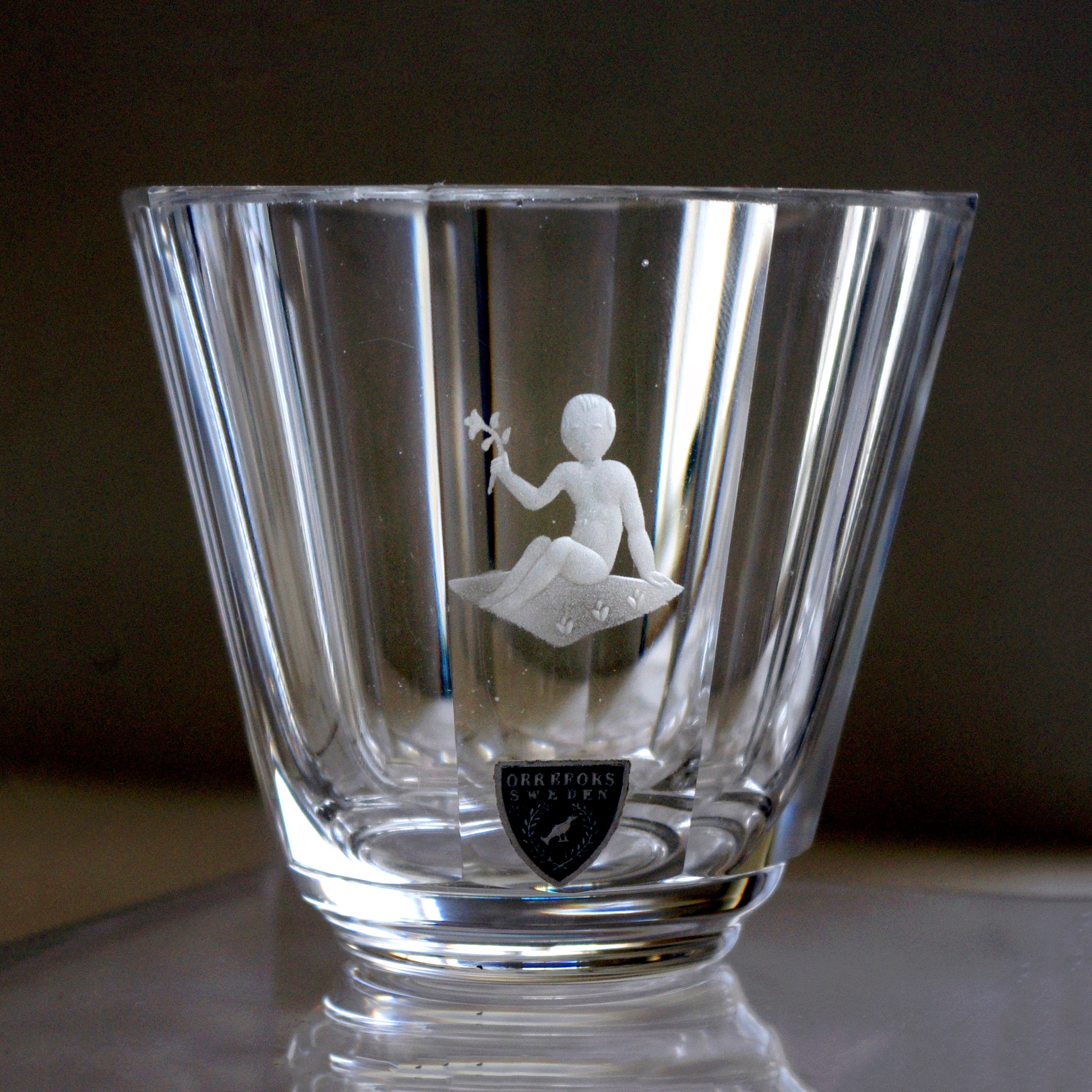 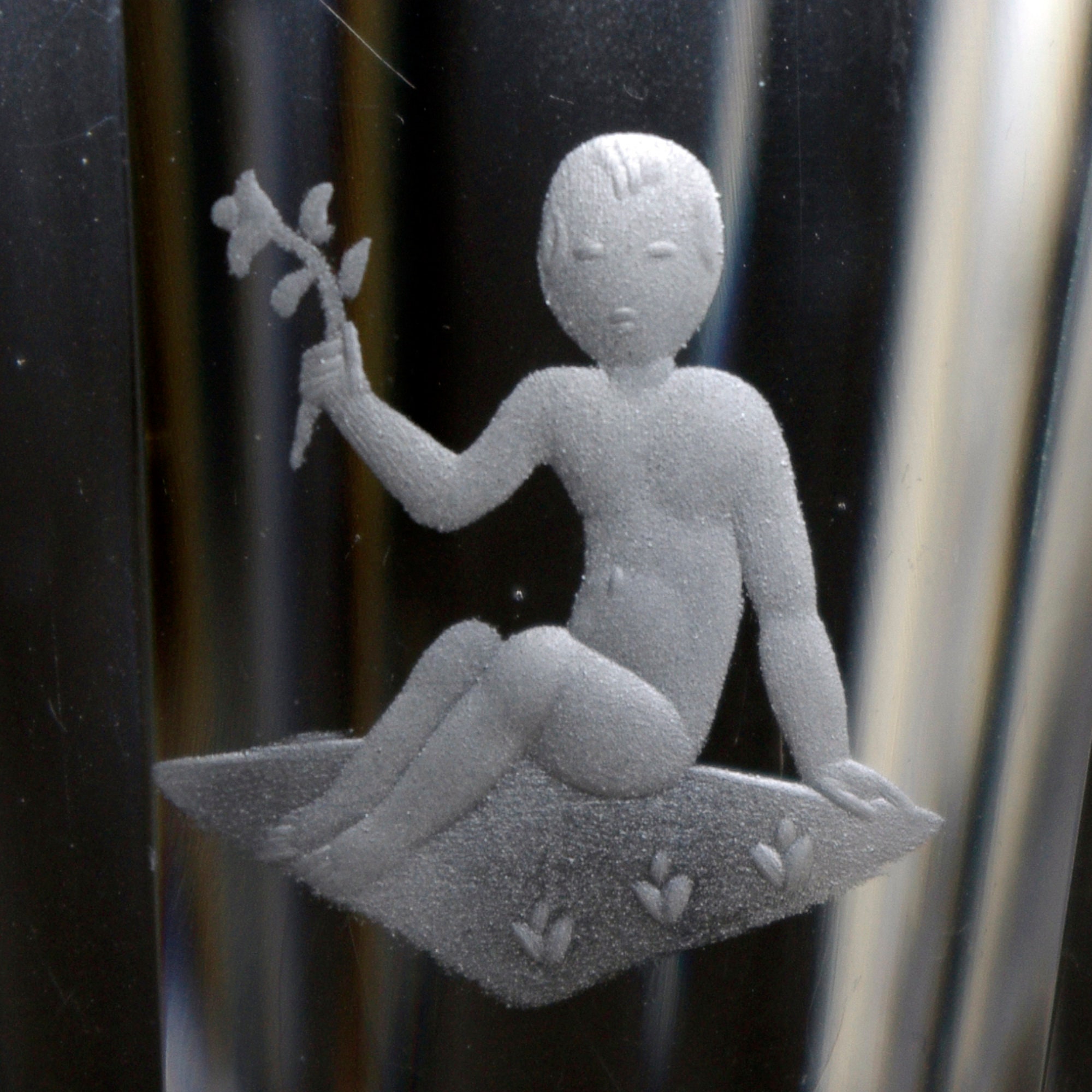 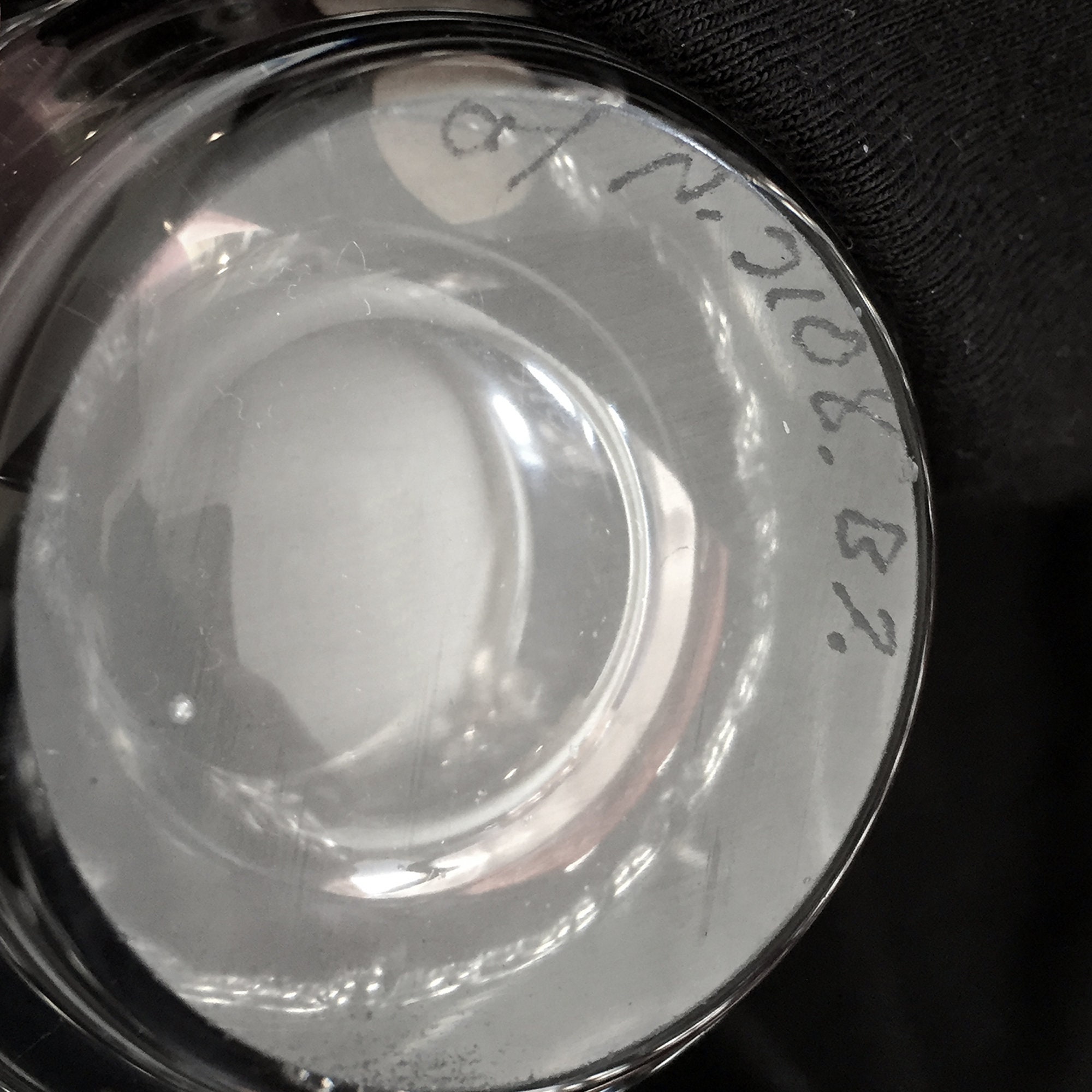 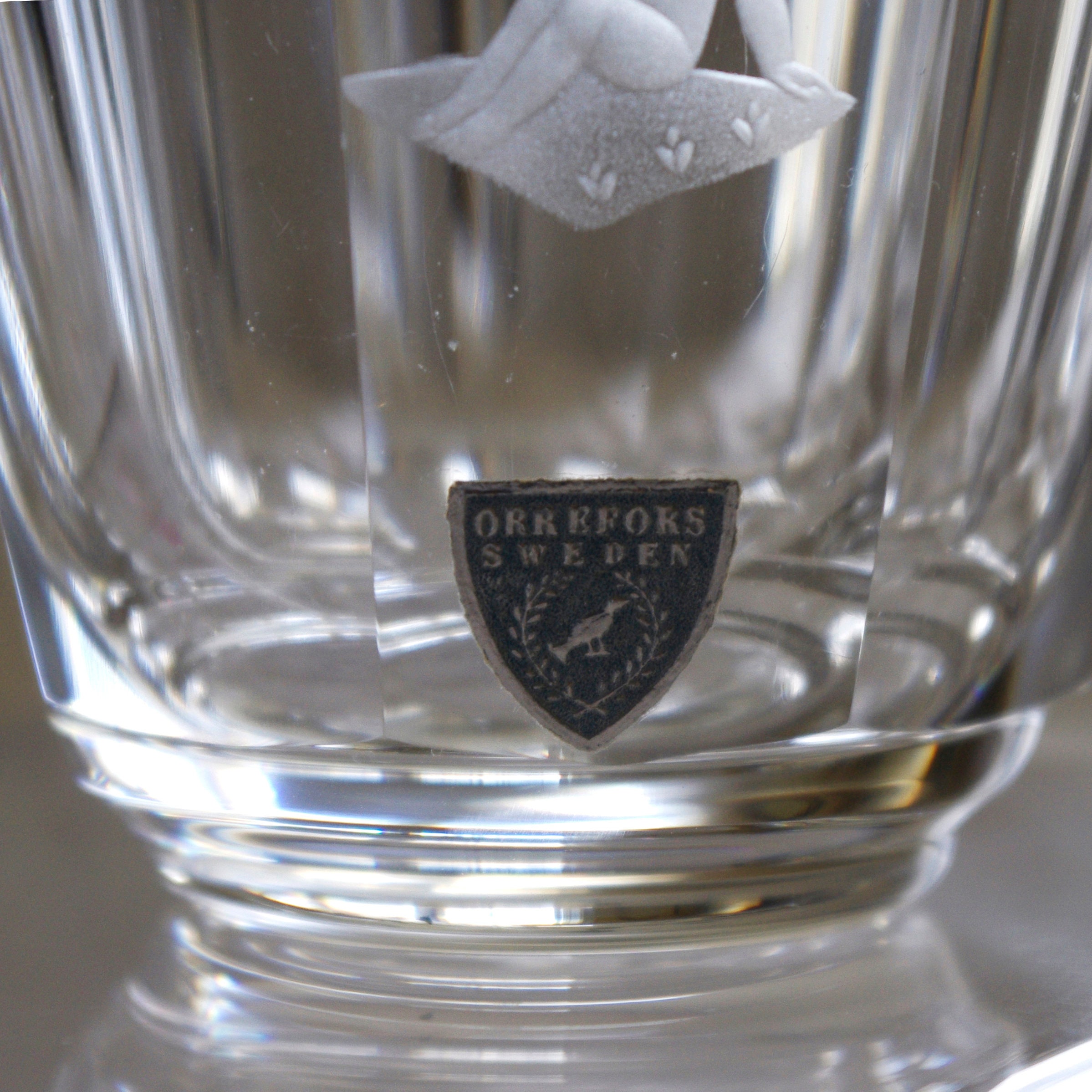 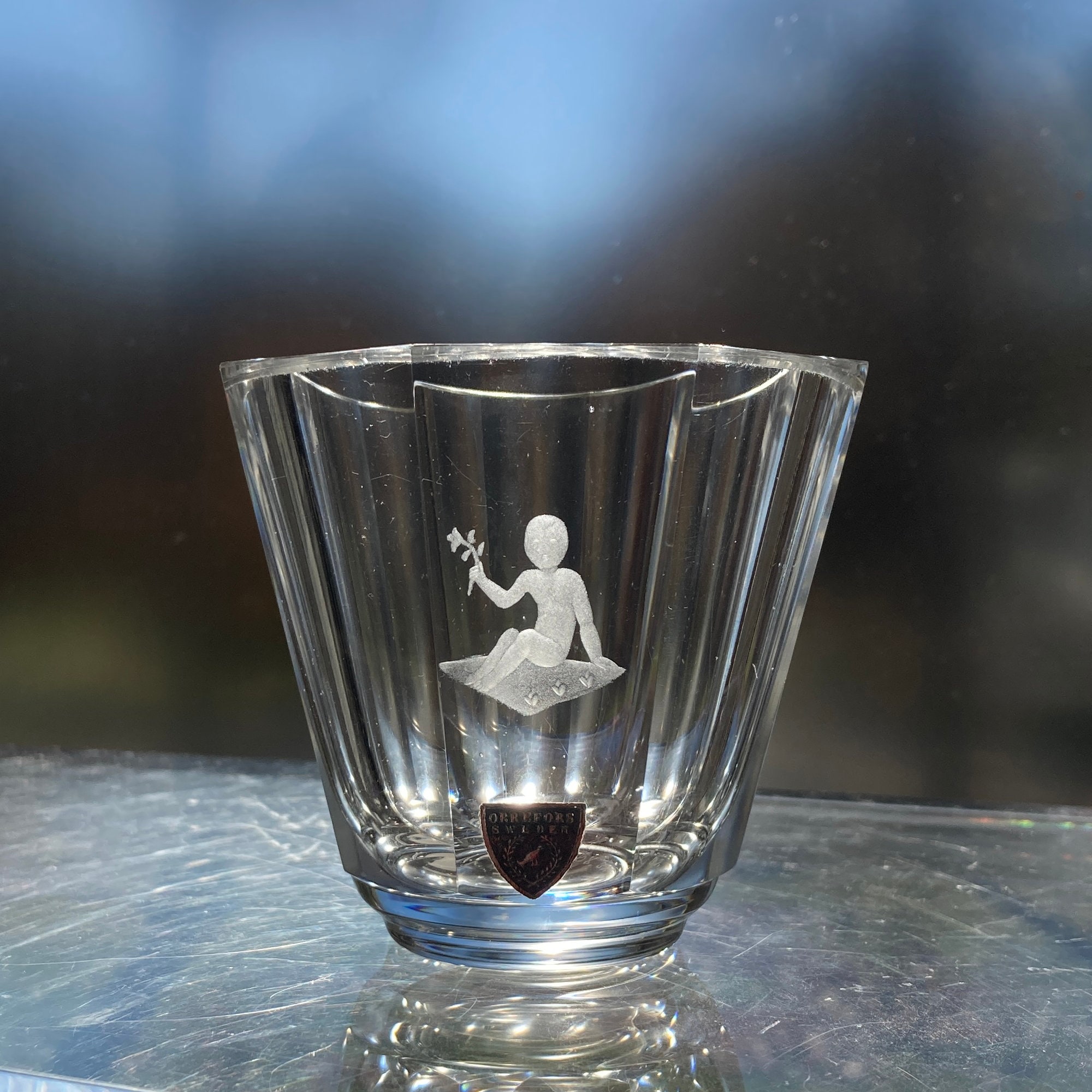 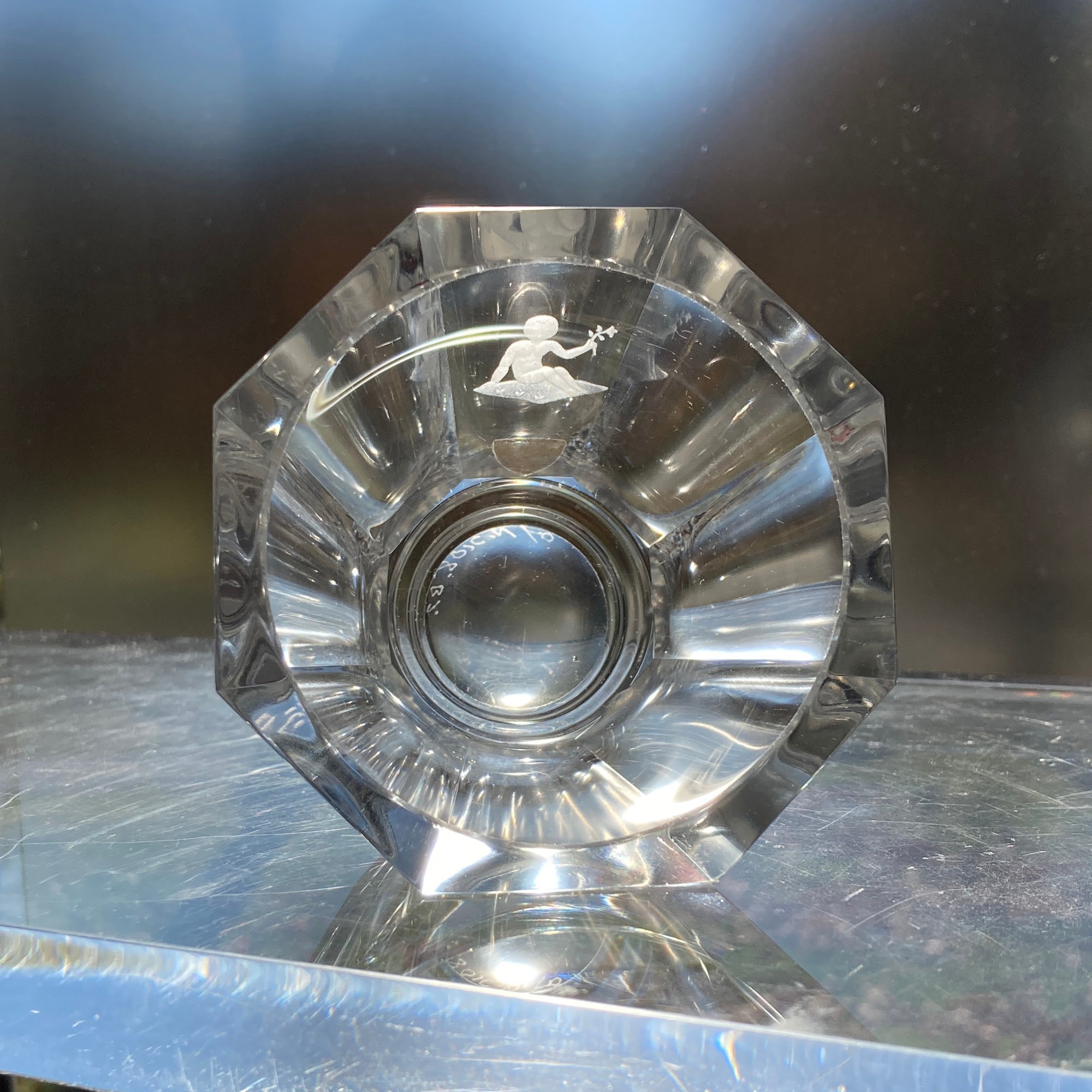 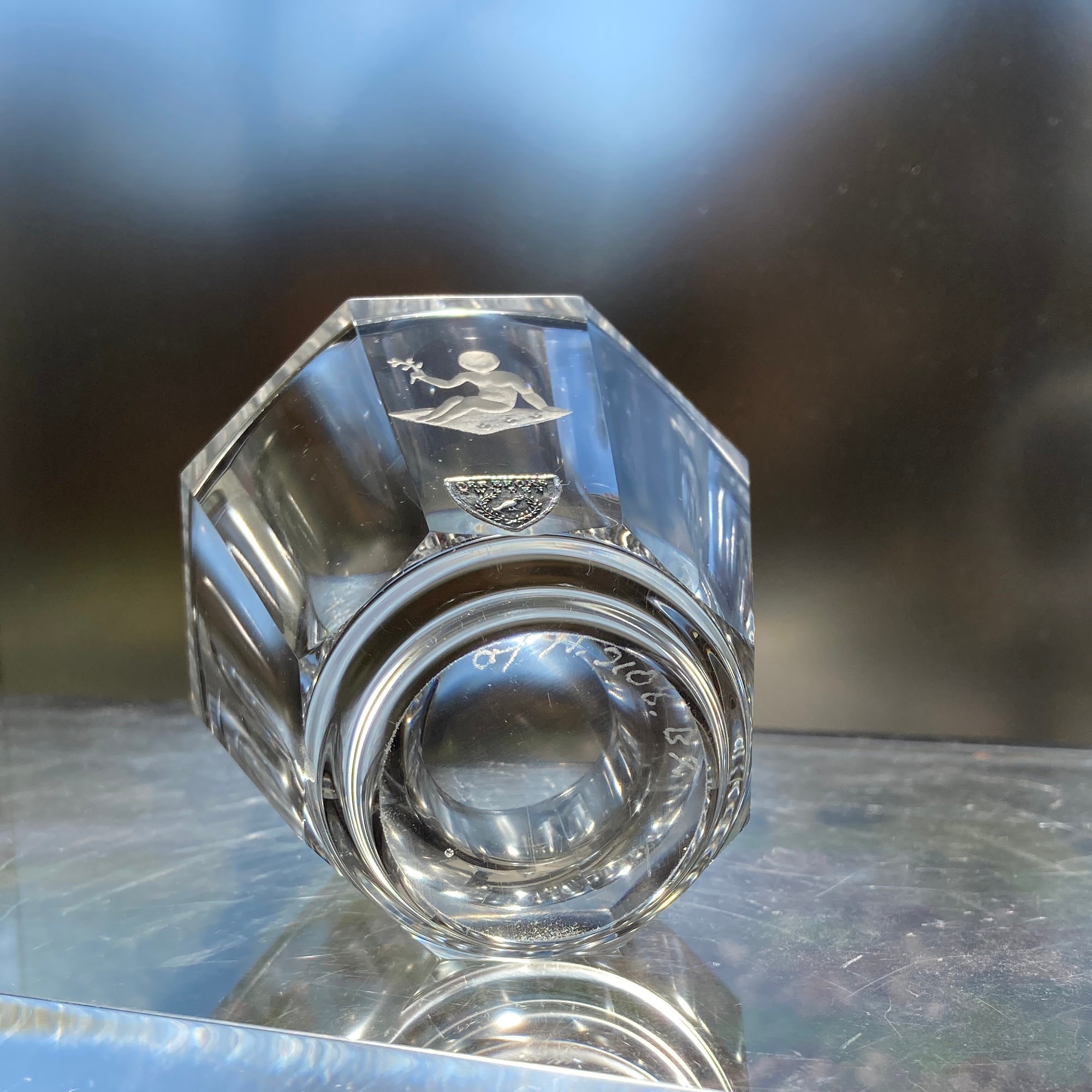 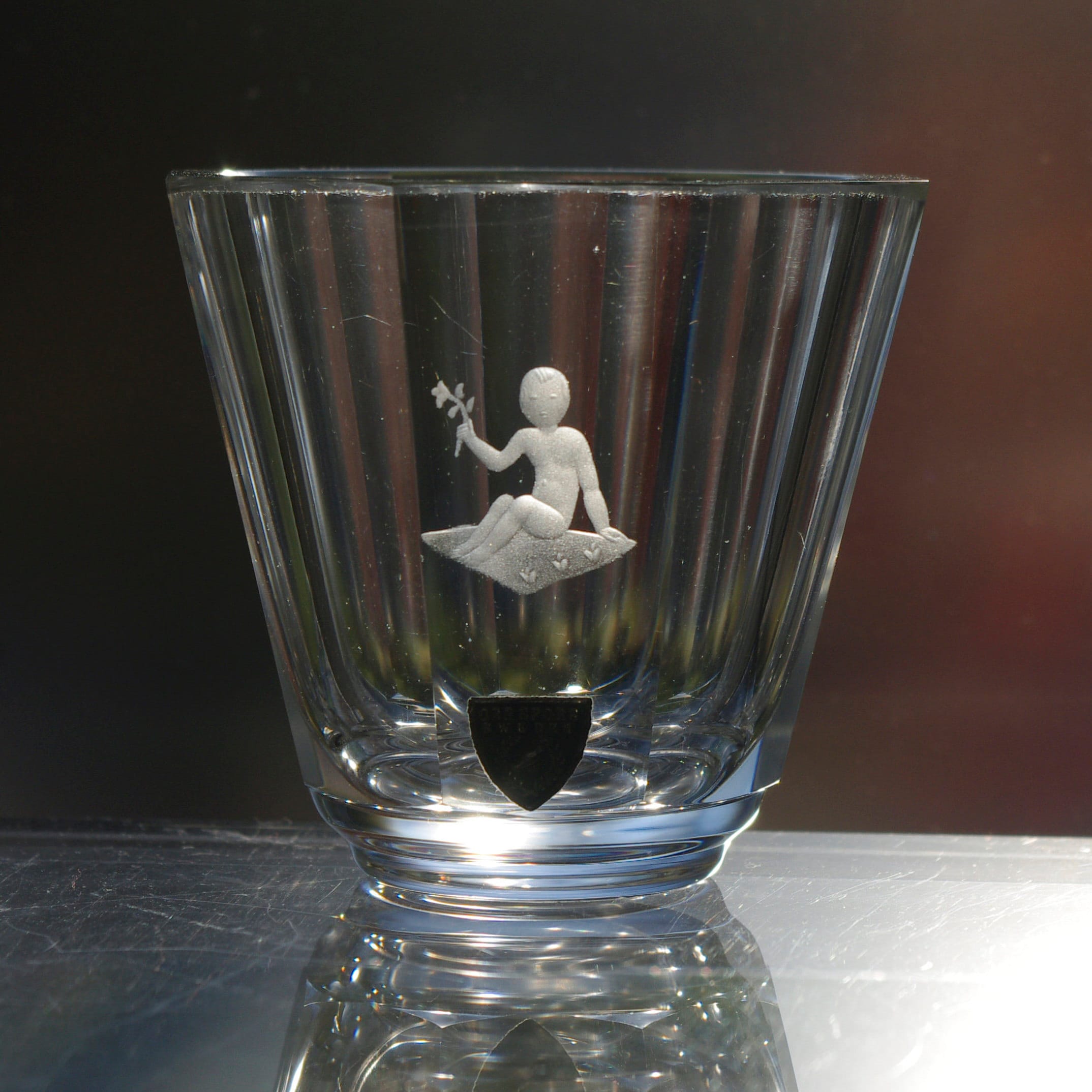 Designed by Nils Landberg, this little crystal vase is a charming example of Swedish art glass. It takes many hands to make a piece like this, and the techniques are only used in small studios today. The vase is blown, planed, polished, and engraved all by hand - remarkable.

This is a lovely little piece, the only one of its kind I've ever seen.