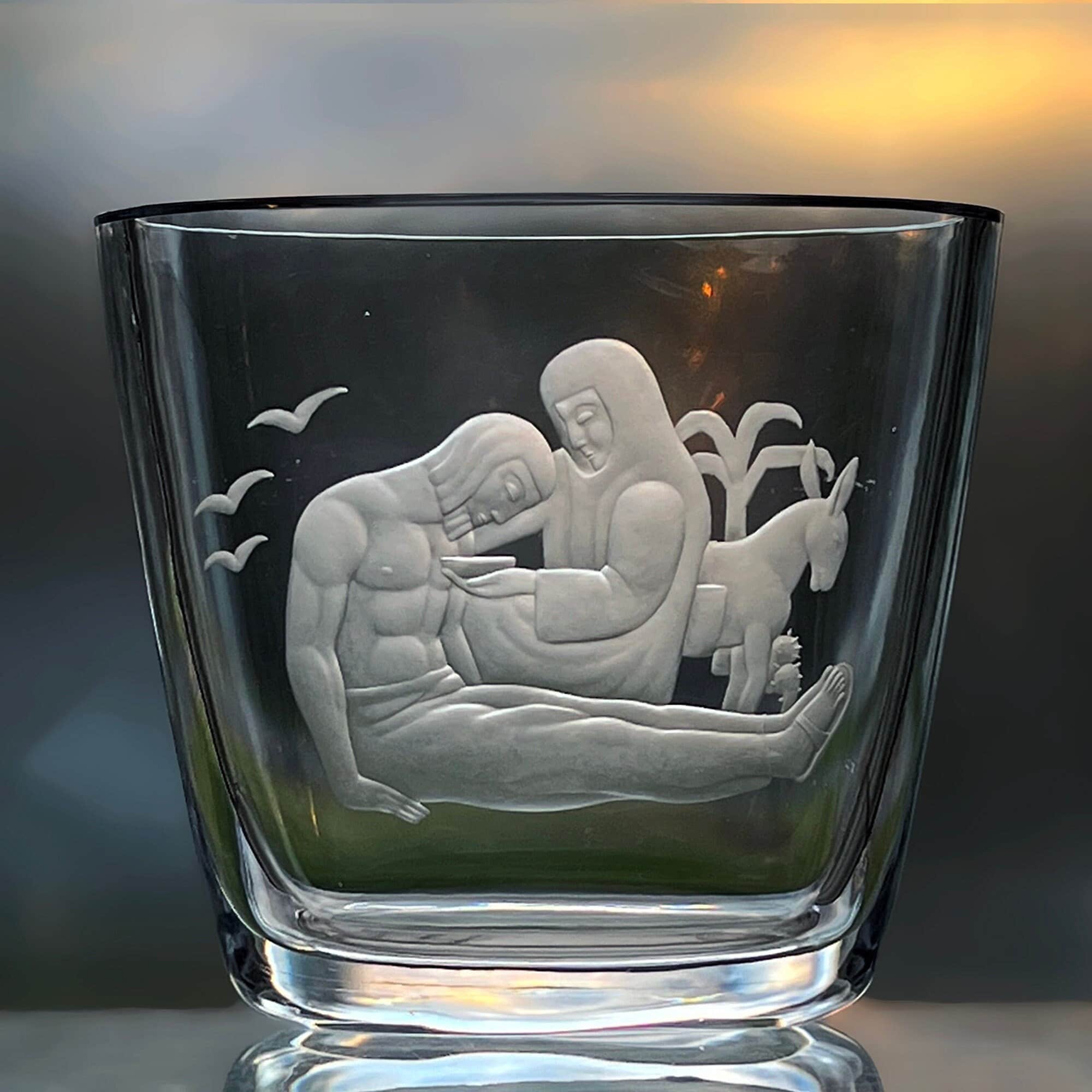 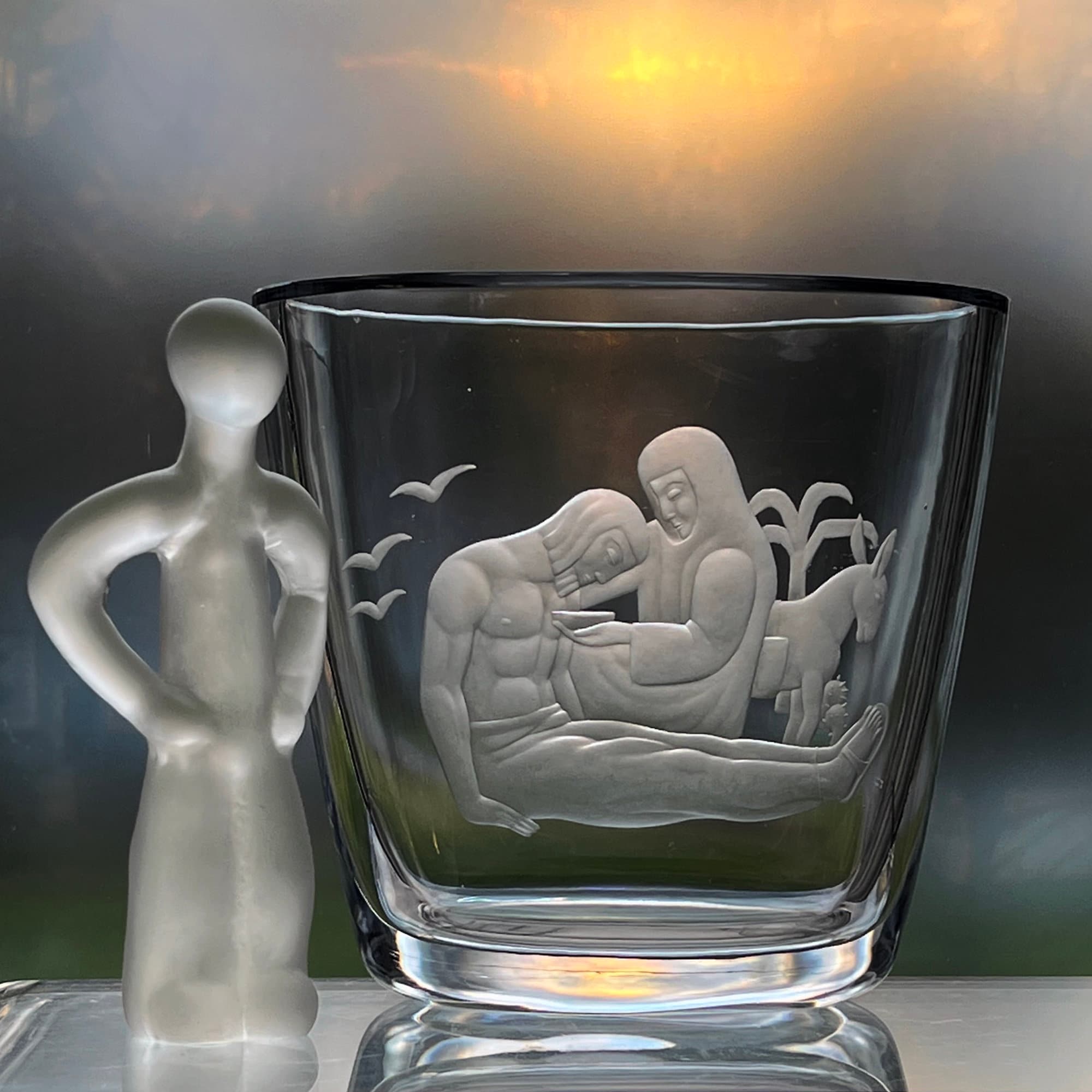 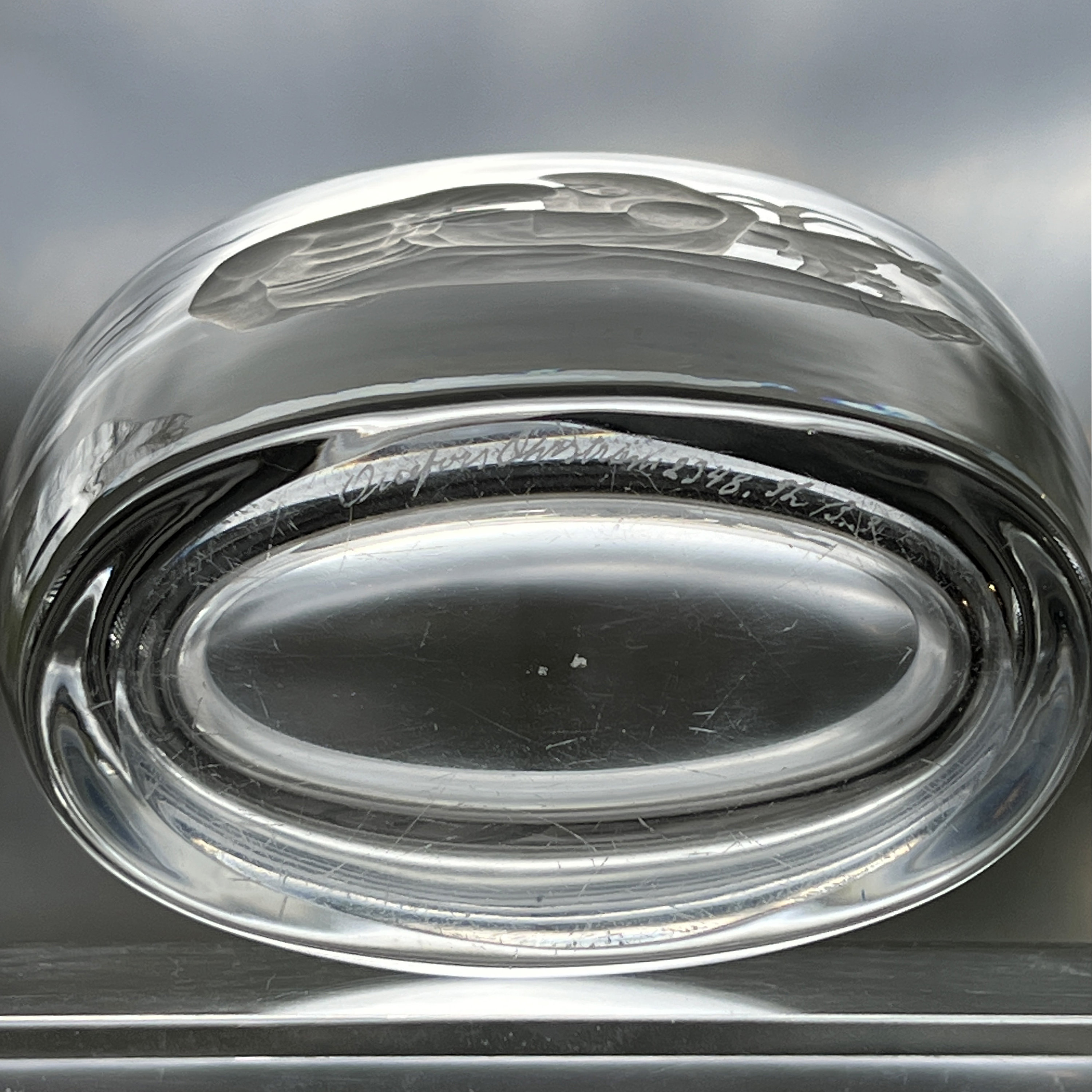 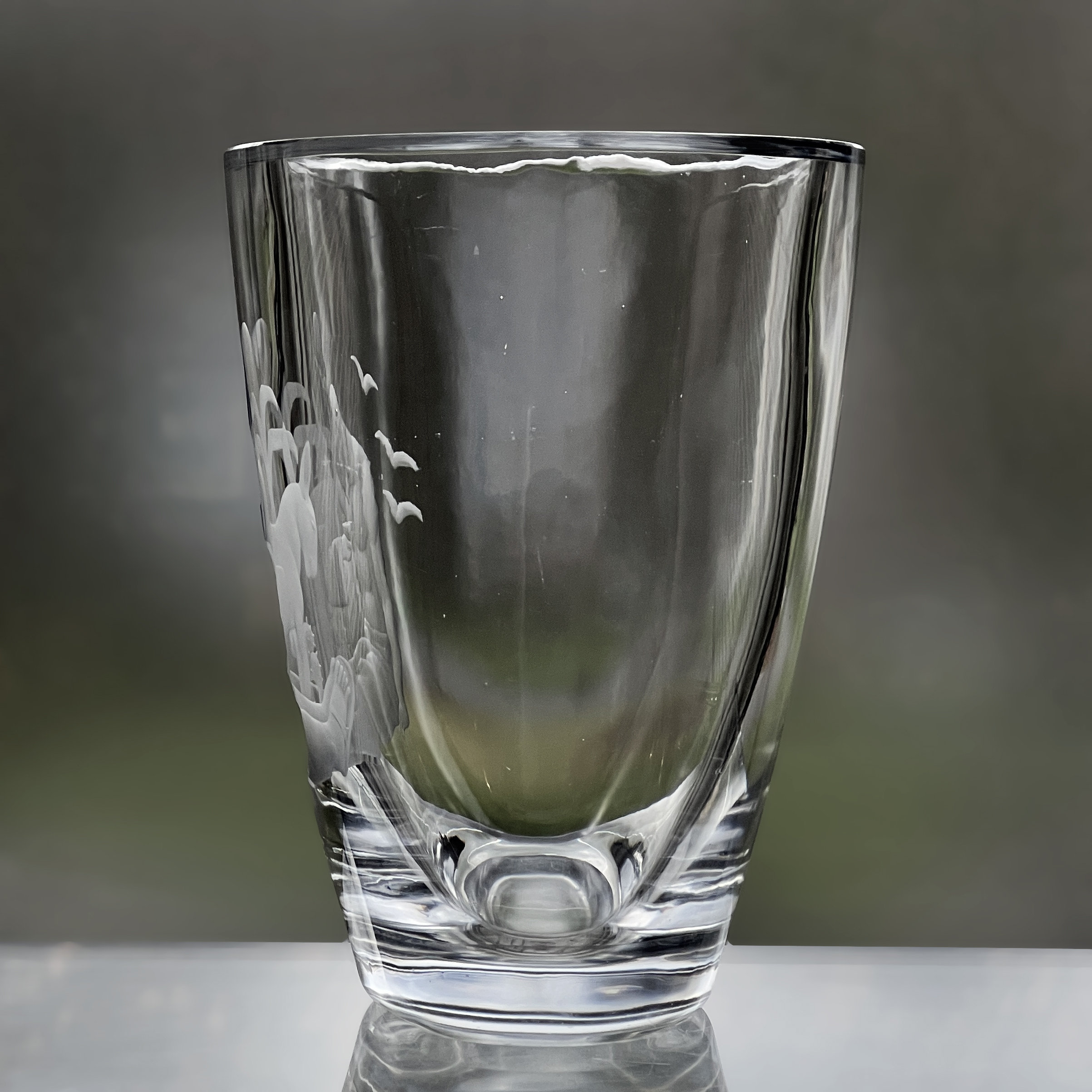 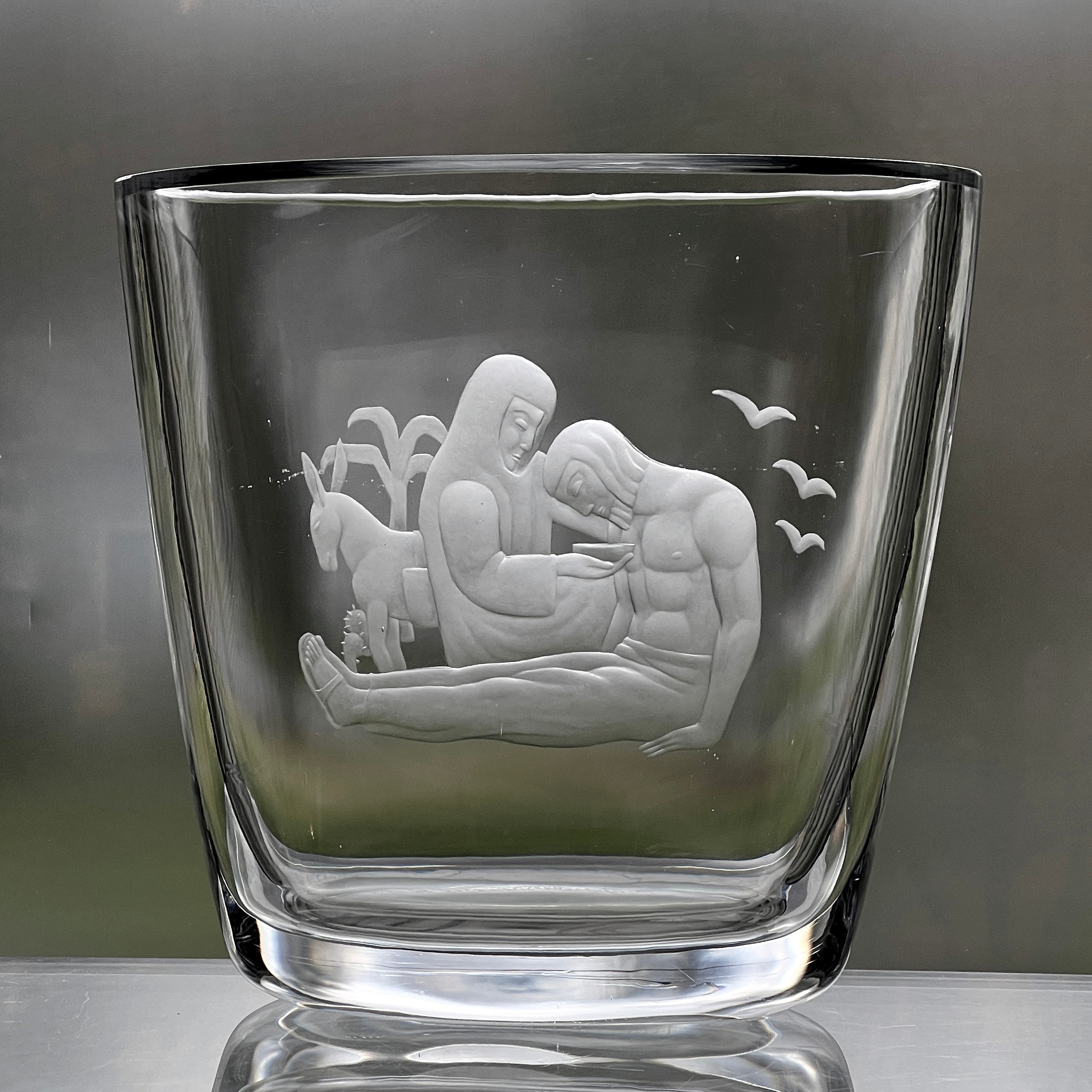 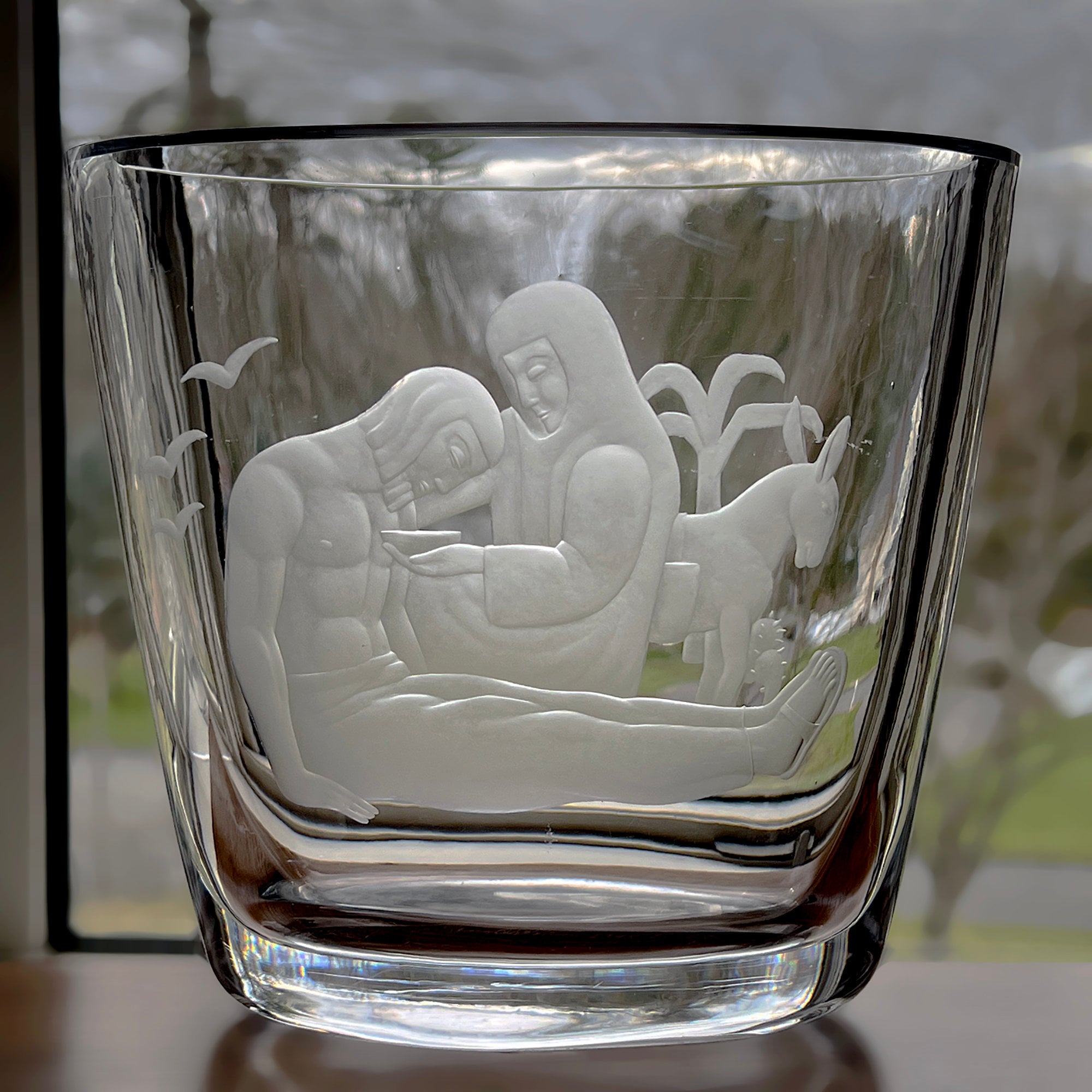 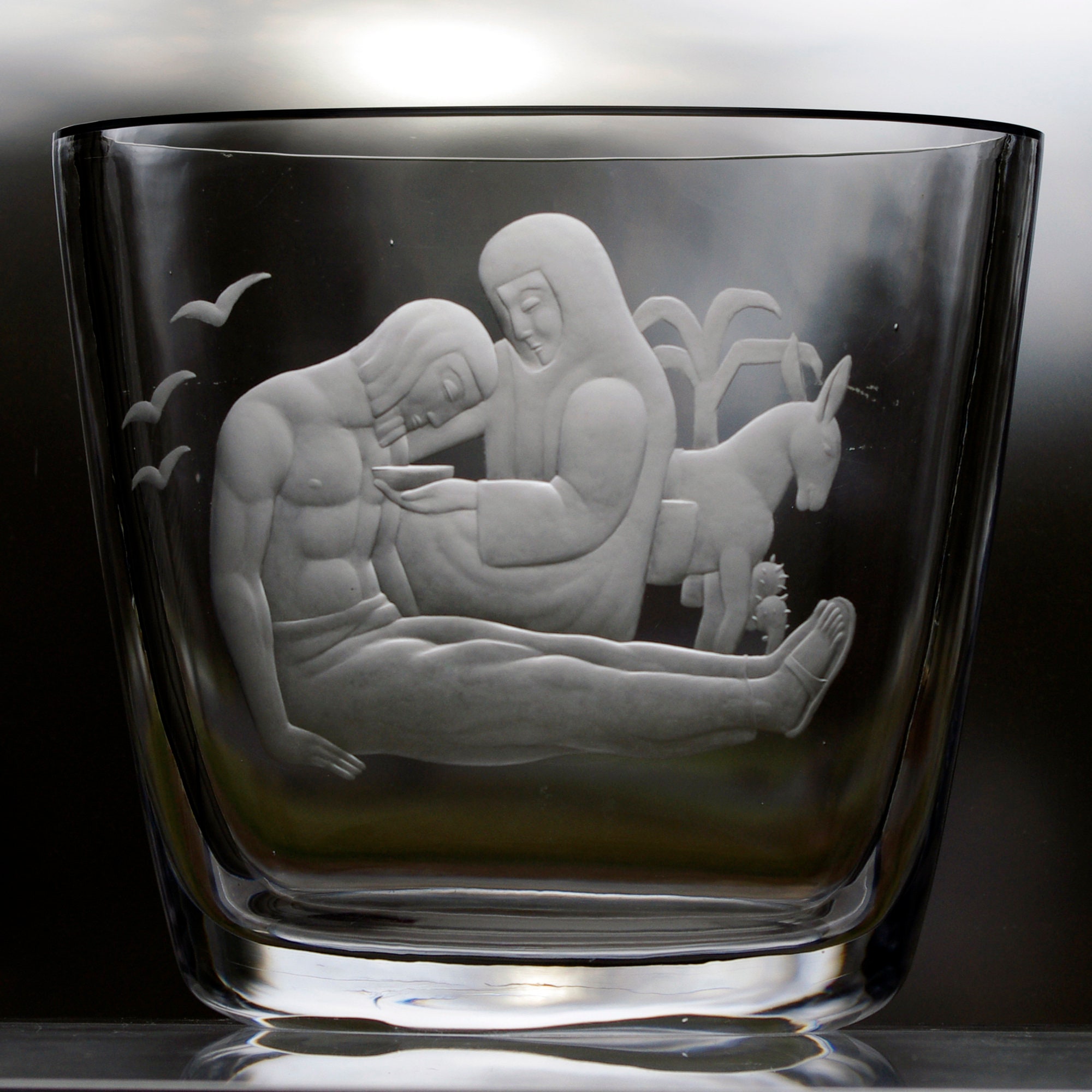 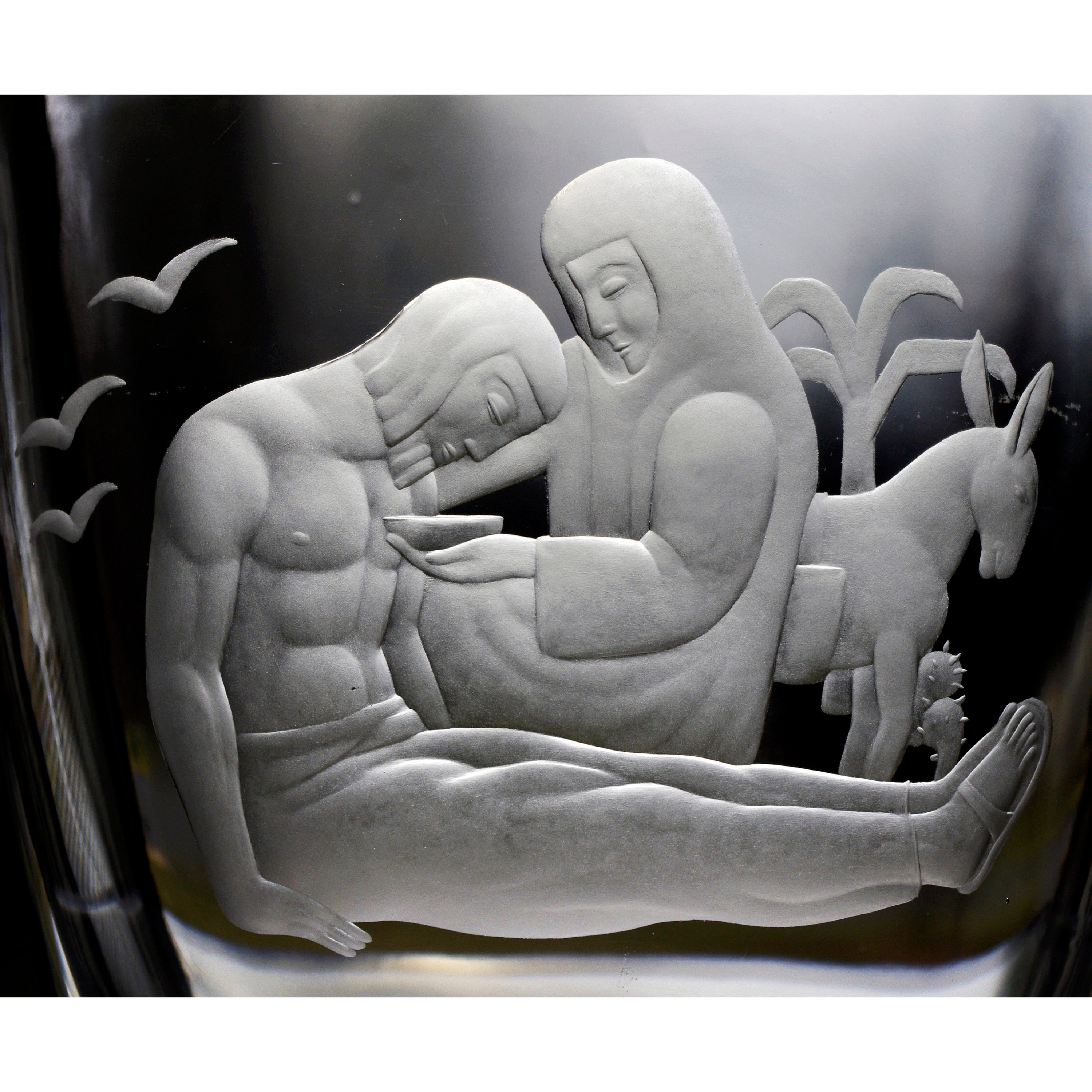 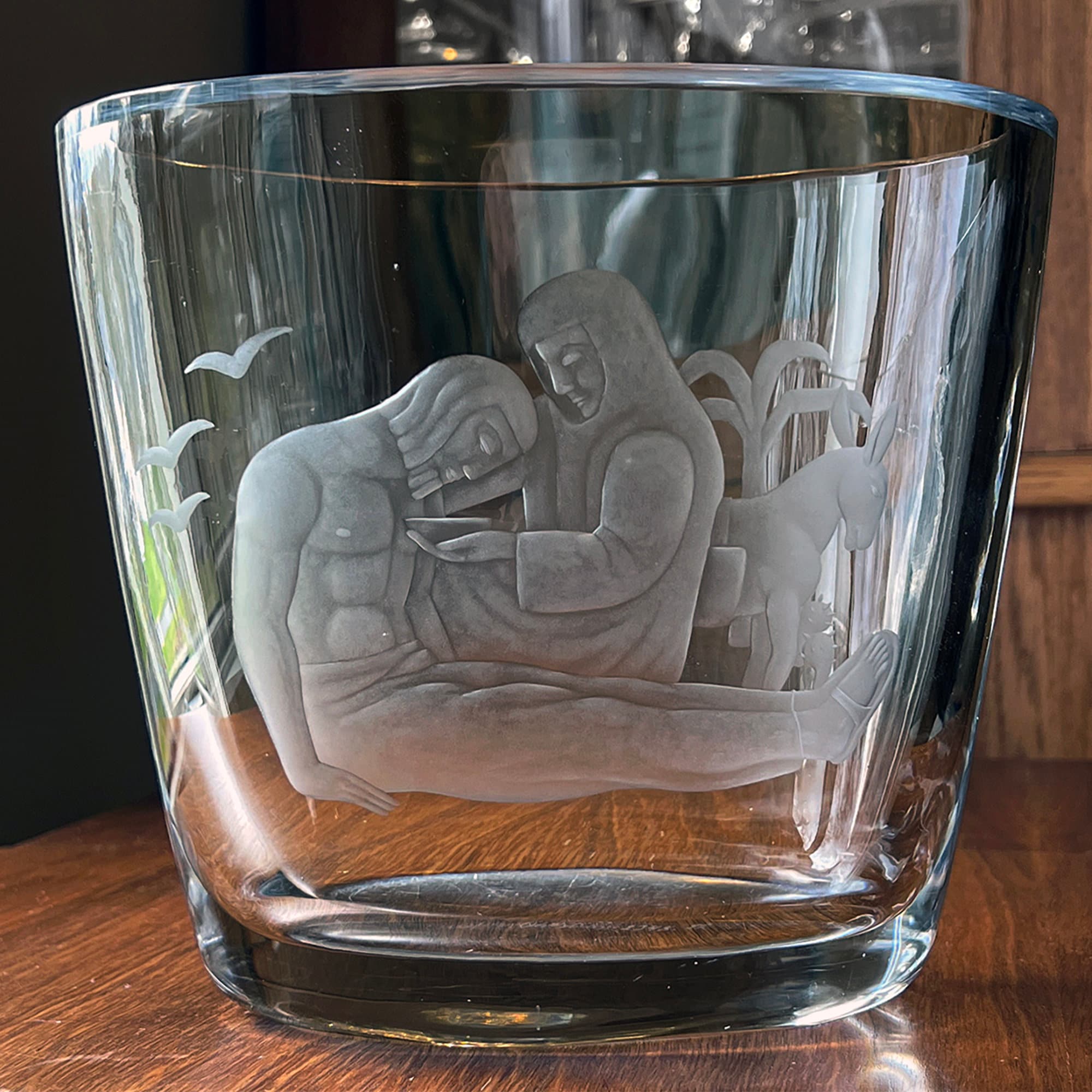 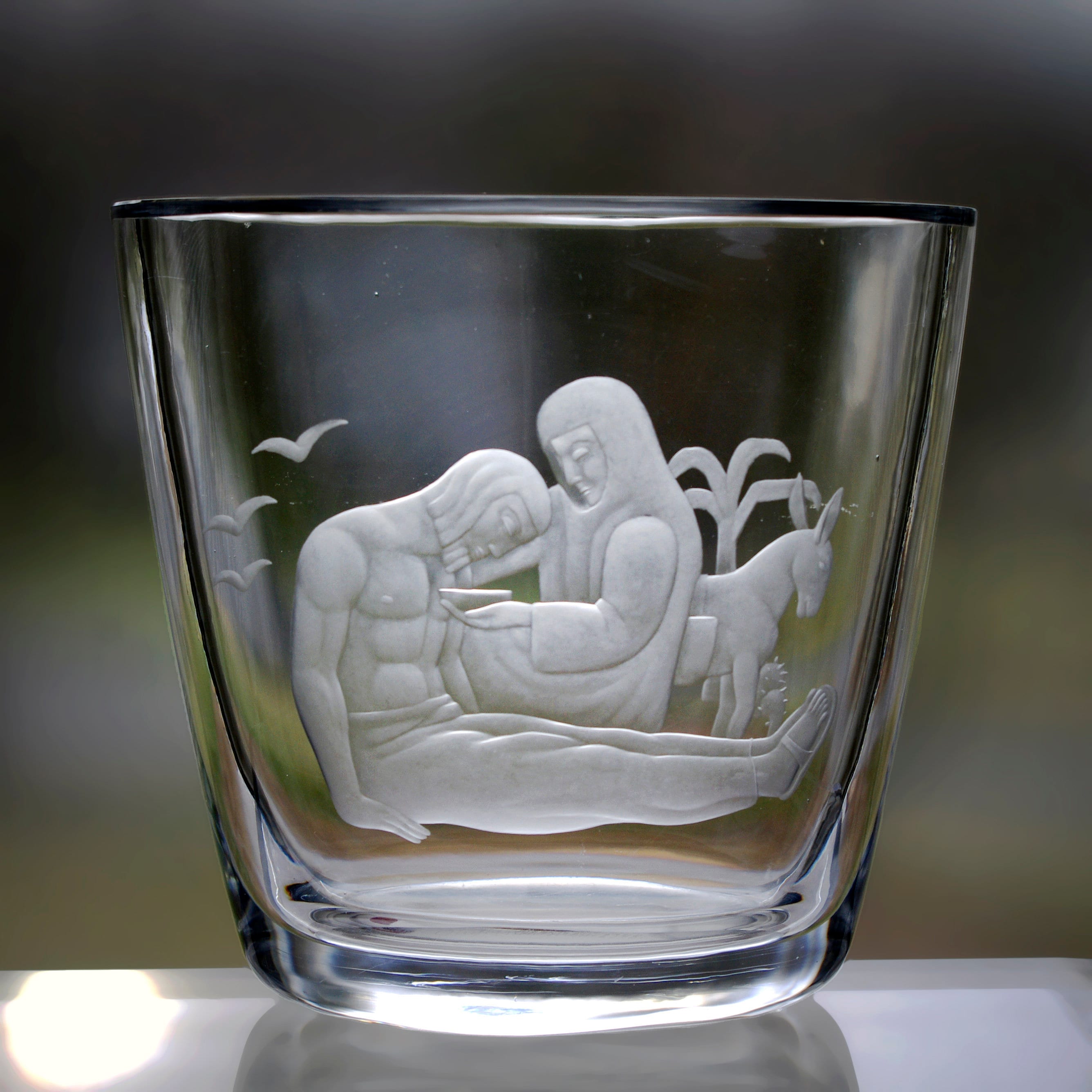 This rare vase or bowl is heavy fine crystal, hand blown and copper-wheel engraved at Orrefors. Designed by Edvin Öhrström in 1941, this particular piece was made in 1946, and I have never seen another like it. The deep engraving was done by a master craftsman, Thure Löfgren. (Check out the photo of the signature - laying down you really see the depth.) The vase measures 8 inches tall and 8.5 inches by 6 inches at the rim. It weighs 8 pounds, and it is fully signed and numbered on its base. The piece is in beautiful condition for its age, and it would be a stunning addition to your collection or to give as a gift.

Karl Edvin Öhrström was born in Burlov, Sweden in 1906. Having a father who worked in the railroad at Halmstad, he had himself worked as a railroad worker for a while. However, he soon decided he wanted to be an art teacher and studied at the Tekniska skolan in Stockholm. Later, he studied sculpture at the Royal University College of Fine Arts under the tutelage of Carl Milles and Nils Sjögren. For the next 25 years, Öhrström worked at Orrefors glassworks for about two months each year.