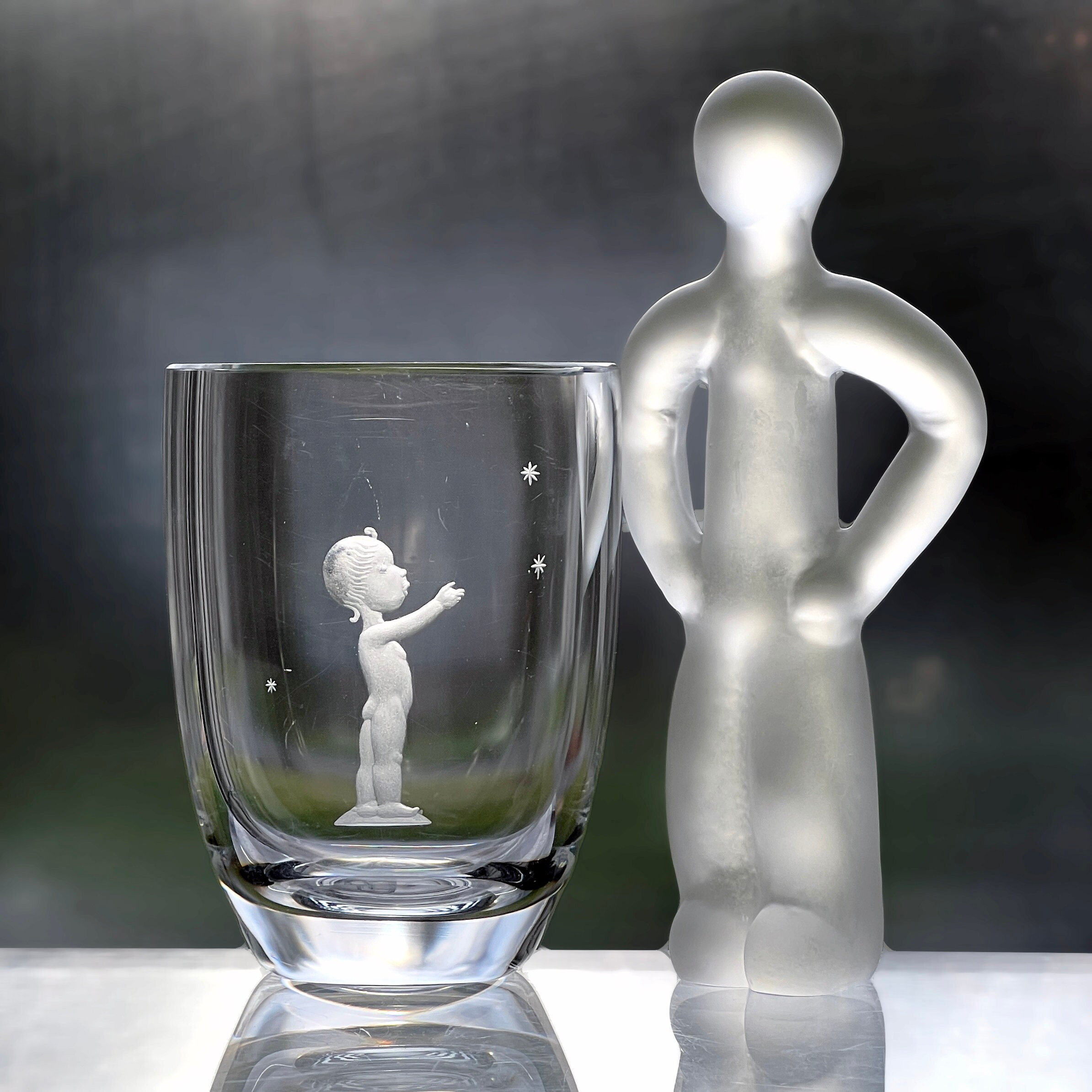 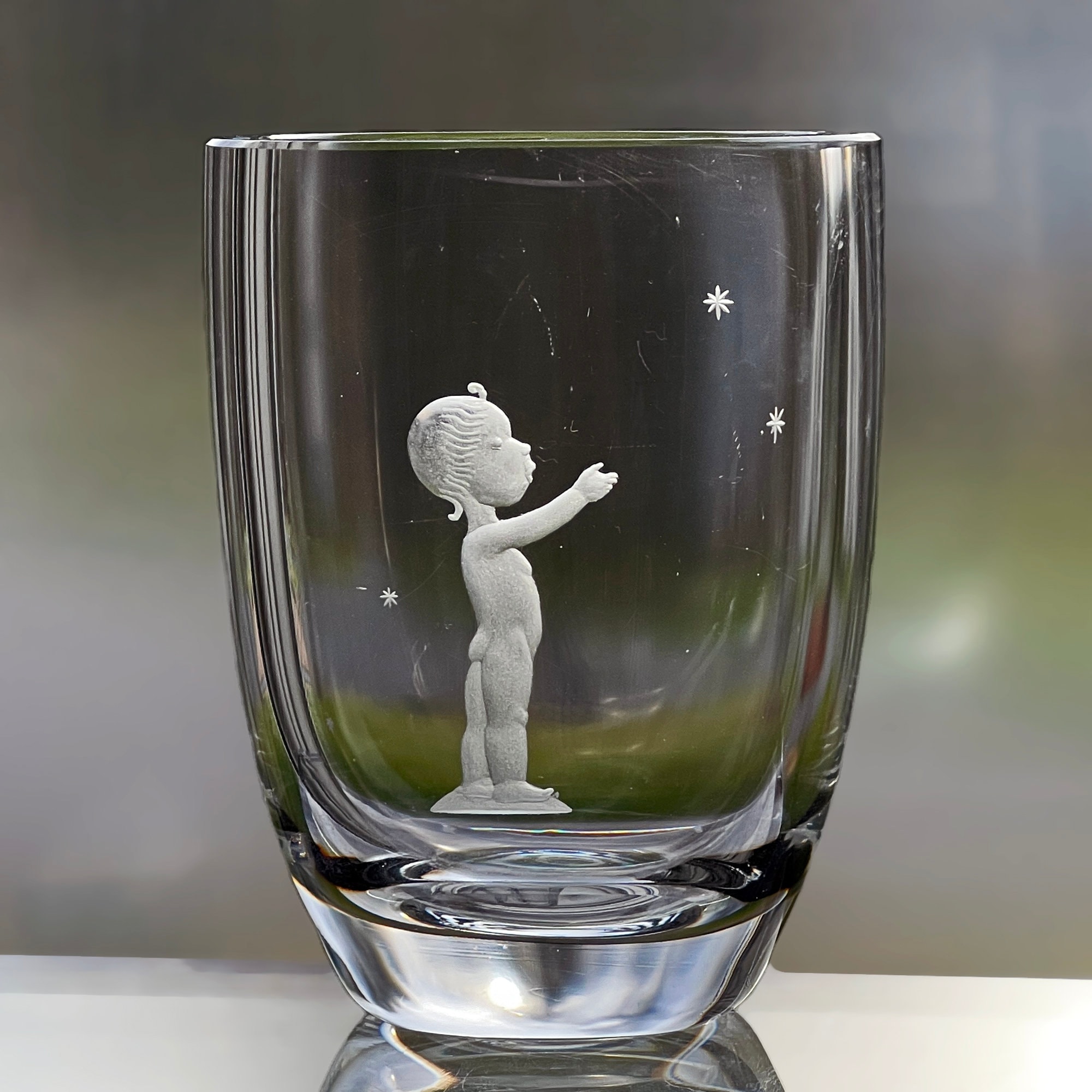 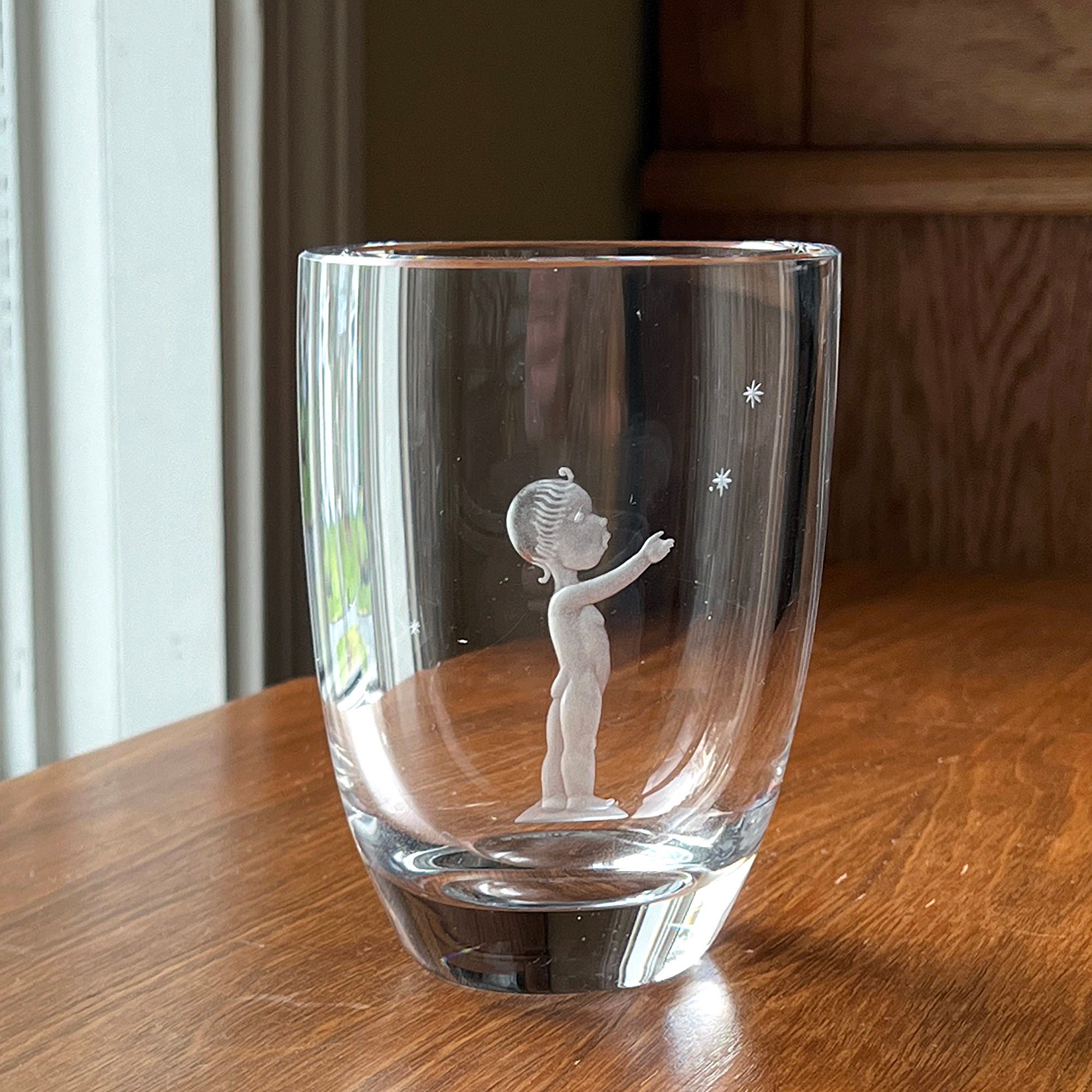 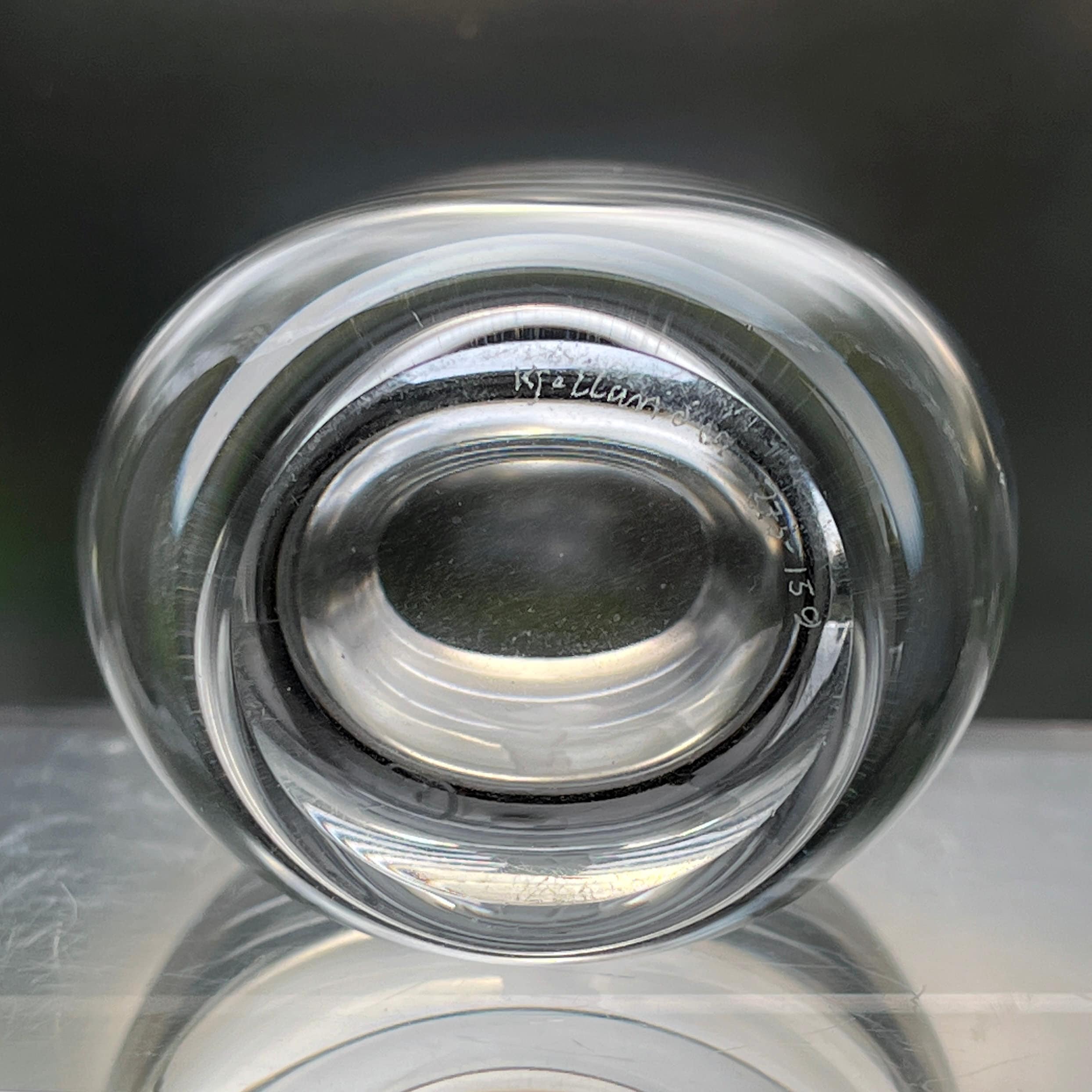 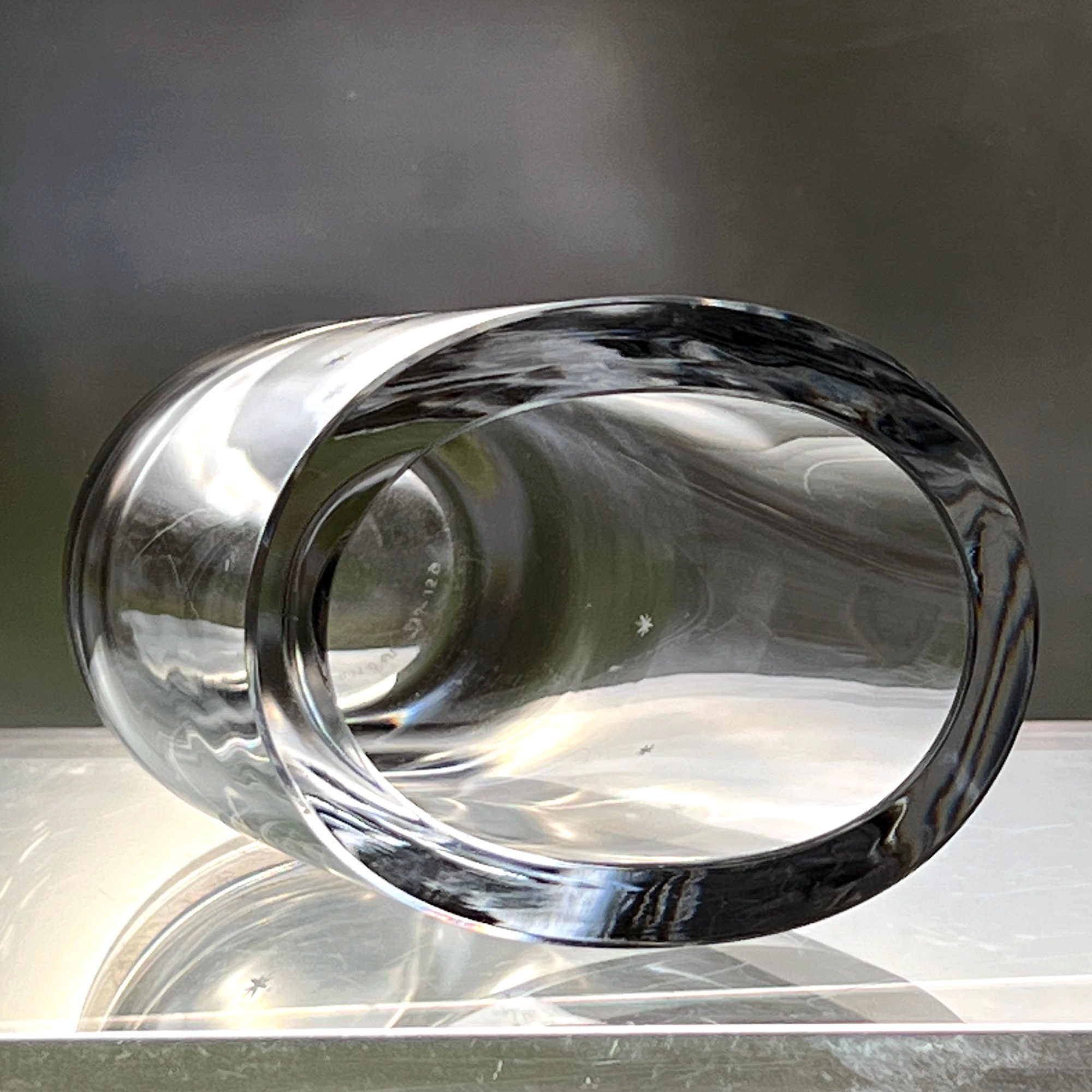 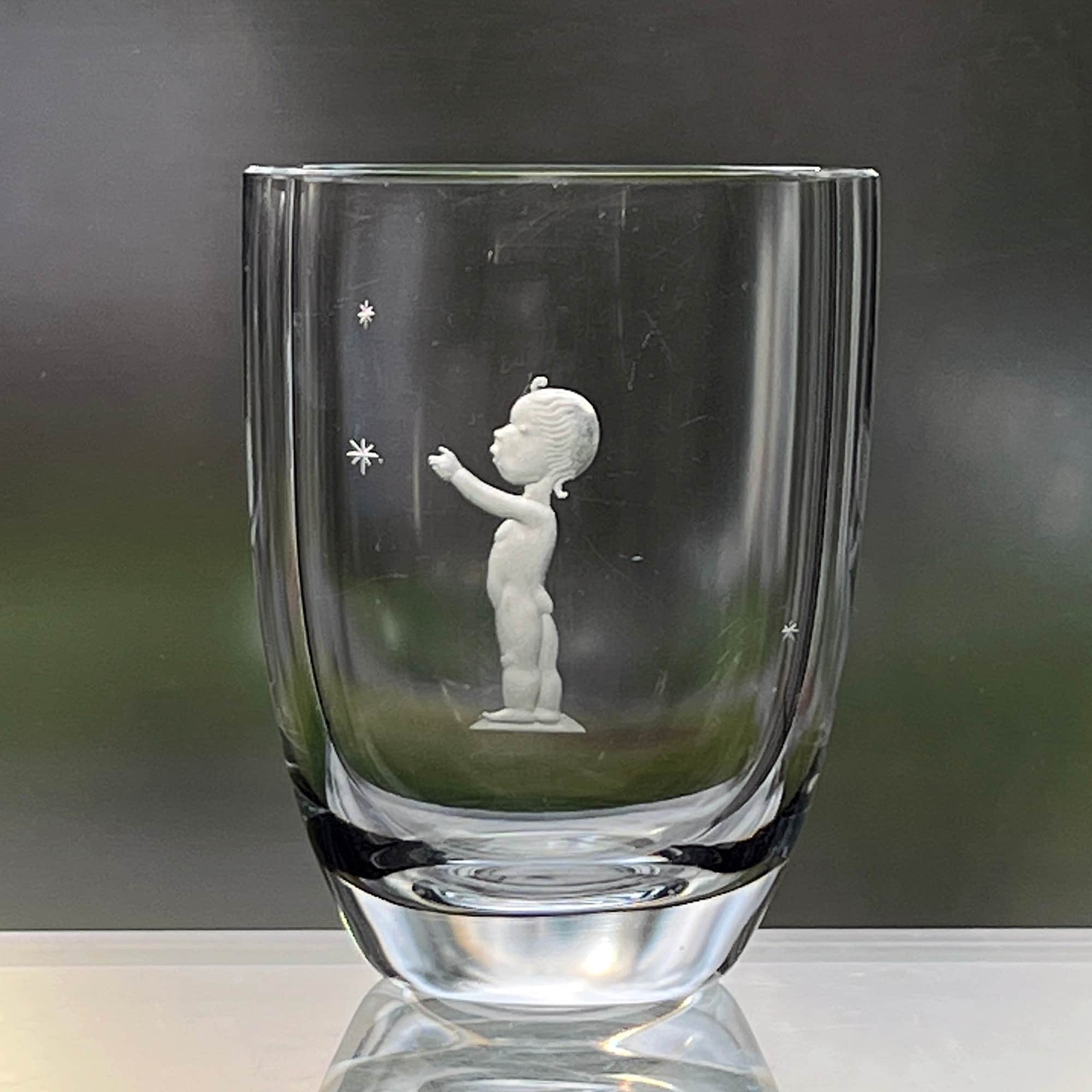 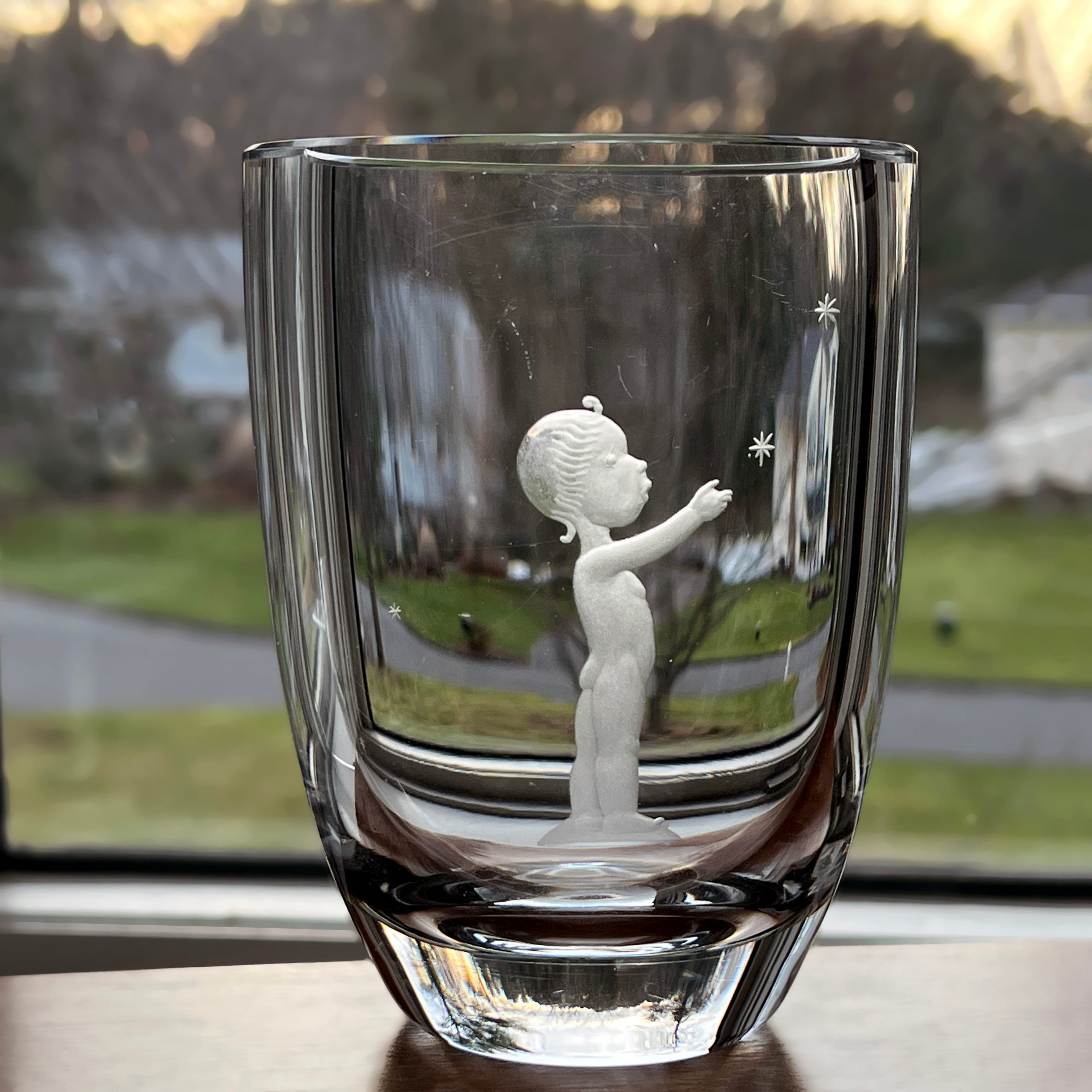 This sweet little example of engraved vintage crystal comes from the fourth generation of glass carvers in the Kjellander family of Sweden. Four generations trained and worked at Kosta, from 1825 to 1924: Lars 1799, Erik 1830-1916, Lars Johan, 1868-1931, and his two sons, Åke, 1903-1989, and Nils, 1907-1991. In 1924, the Kjellanders opened their own workshop in Vetlanda. The brothers, Åke and Nils, continued their work there until 1983. This beautiful vase, engraved with incomparable skill, evokes the folkloric aesthetic that seems never to go out of style.

The vase is small, 2.75" x 4" x 5", and it weighs a pound and a half. It would make a stunning decor piece in a sunny spot, in a sparkly china cabinet, on a desk, or set among the pretty things on a dresser or shelf. It has some expected scratches from age; they certainly aren't making them like this anymore.