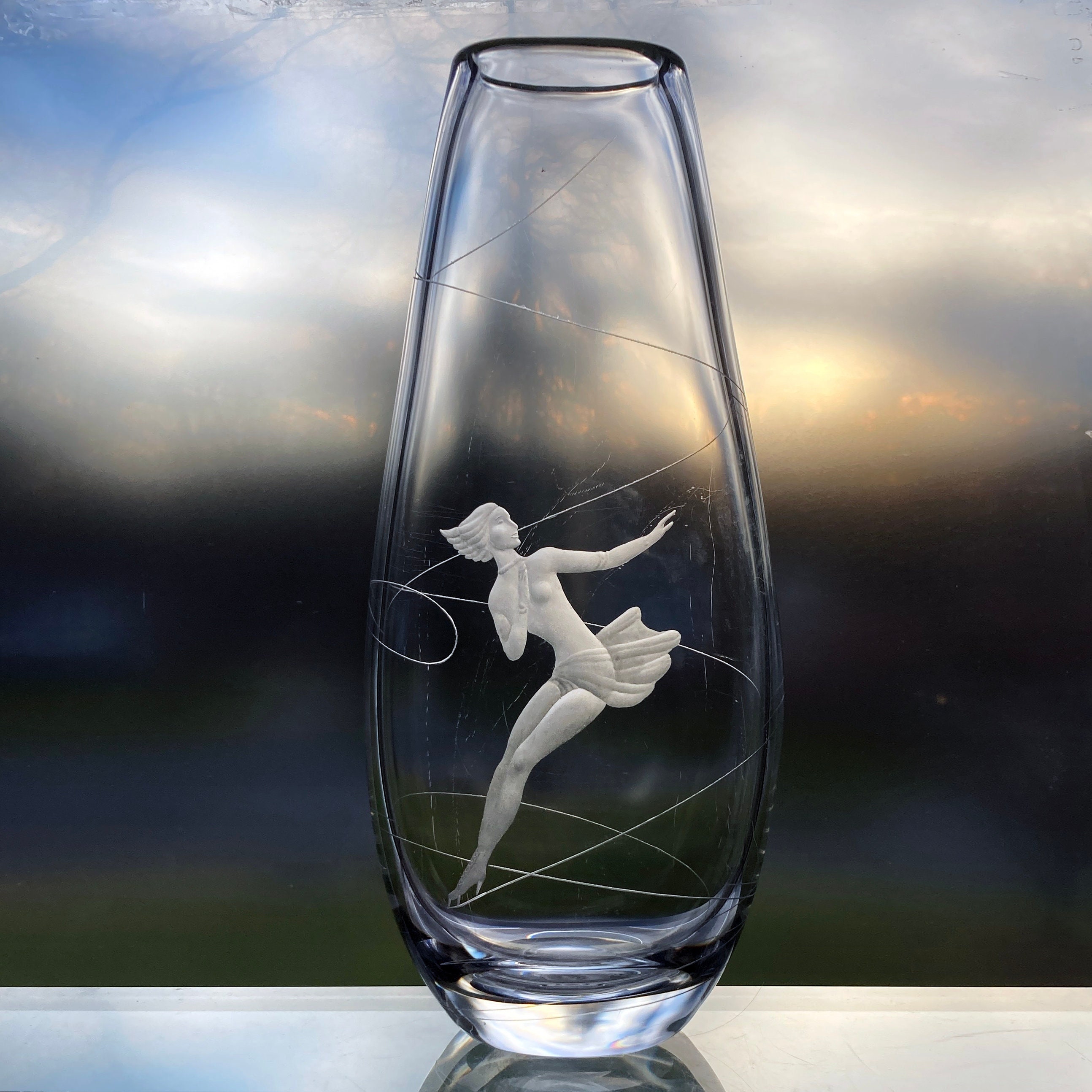 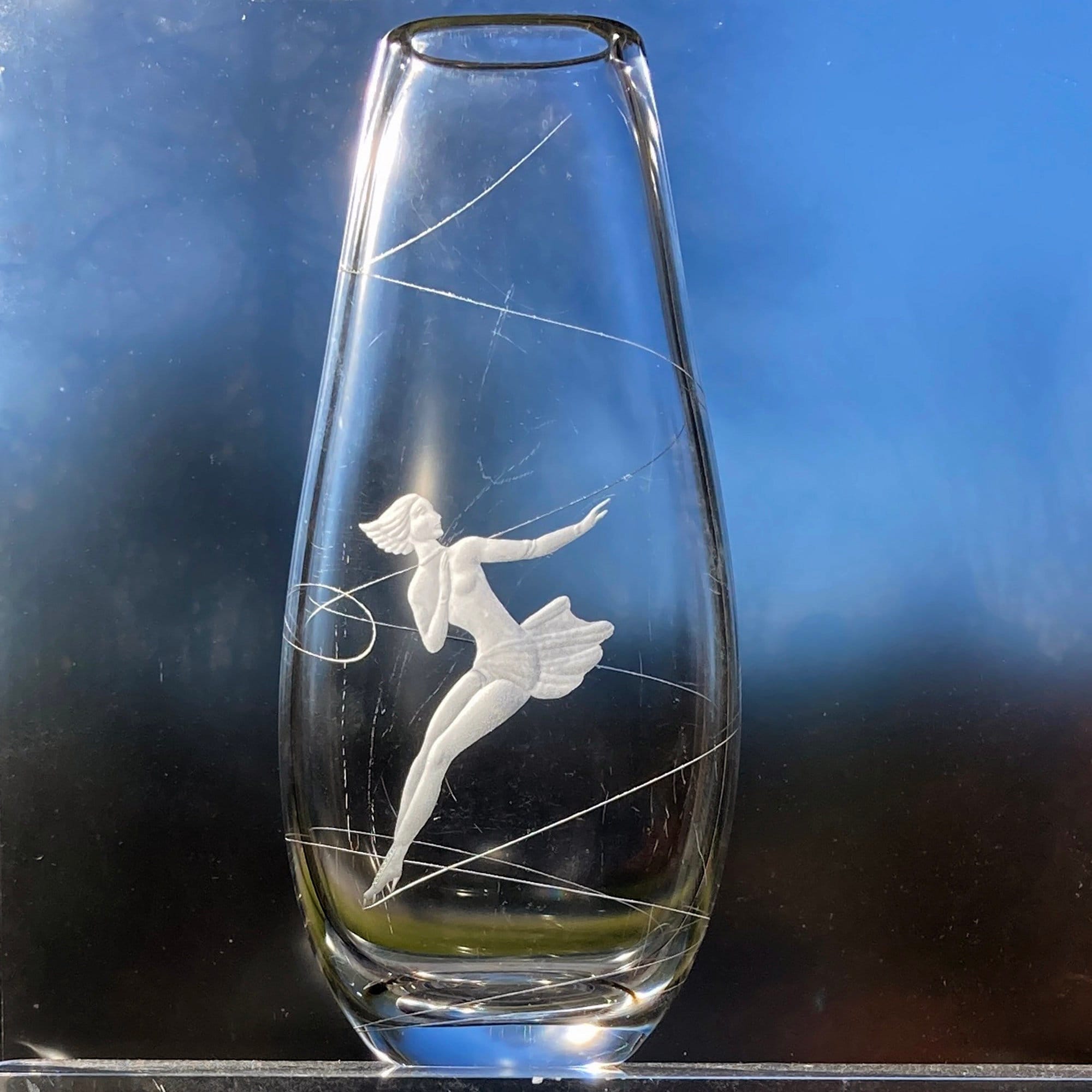 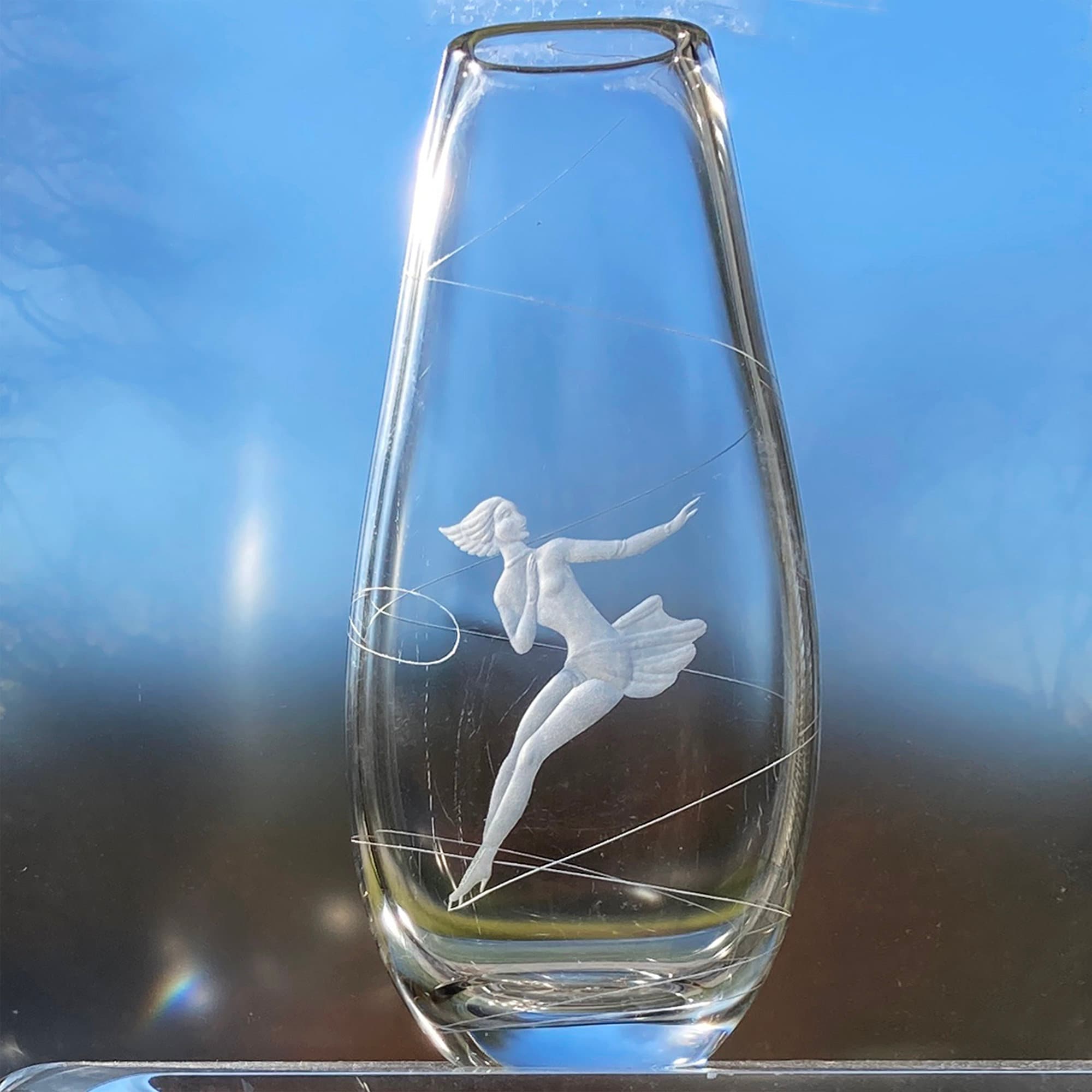 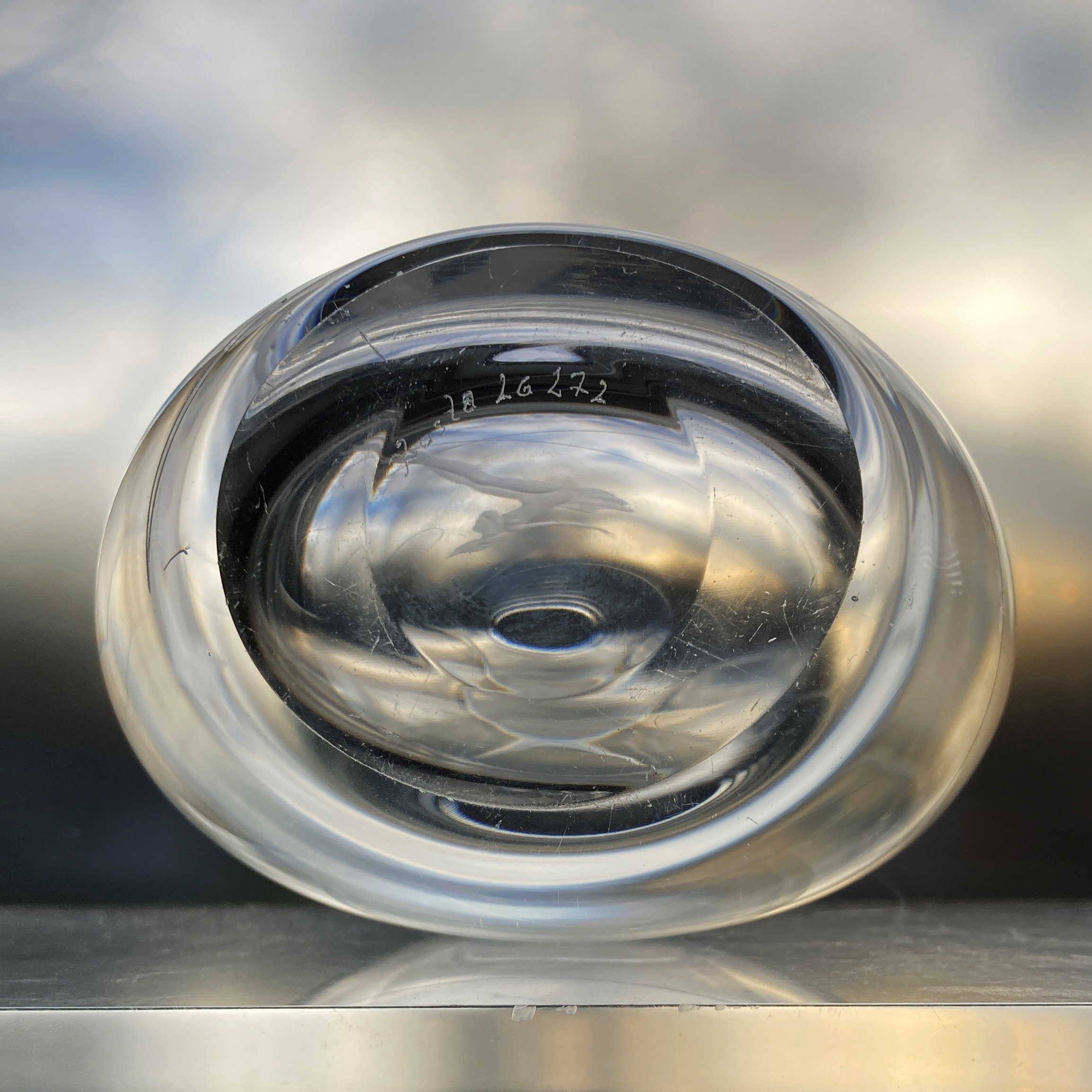 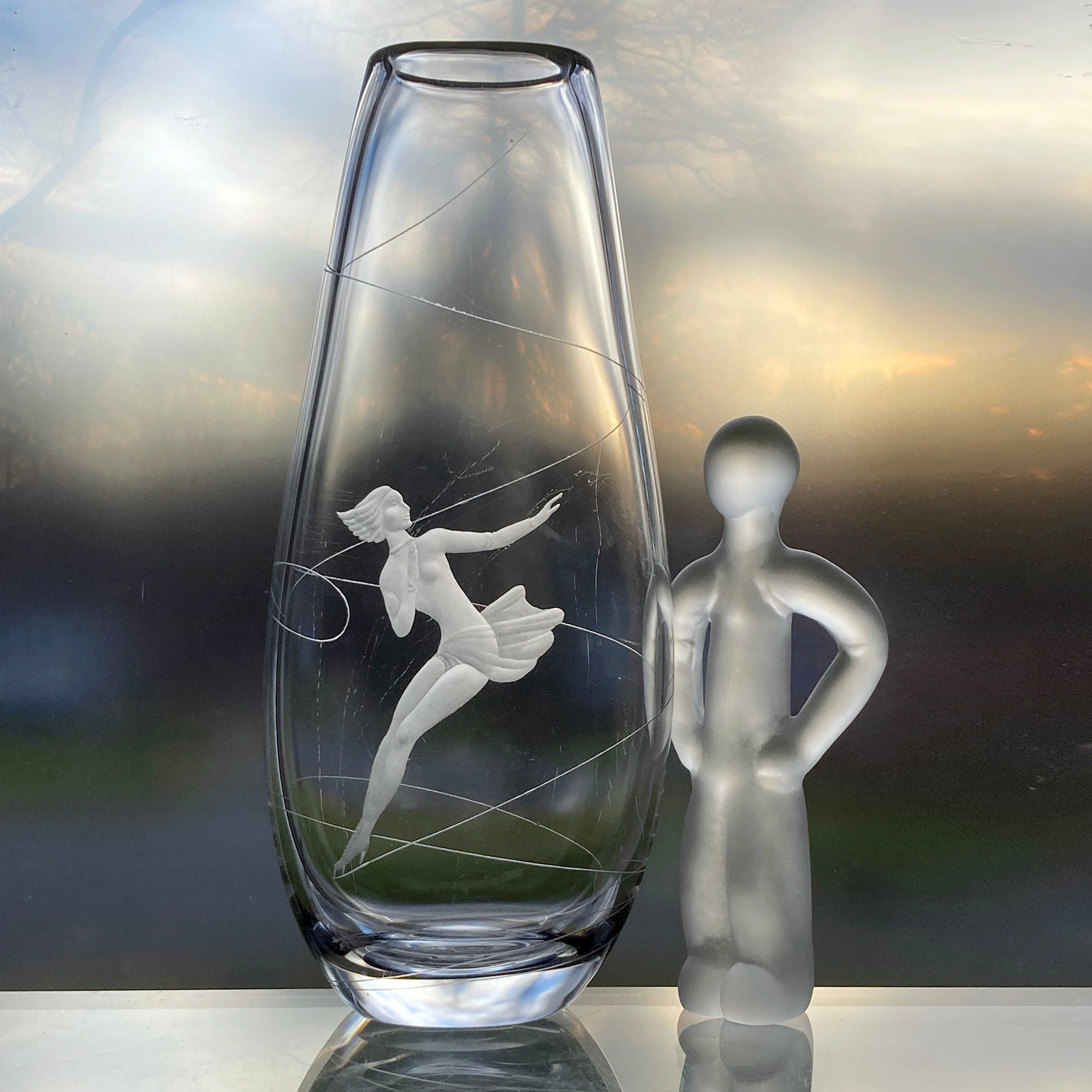 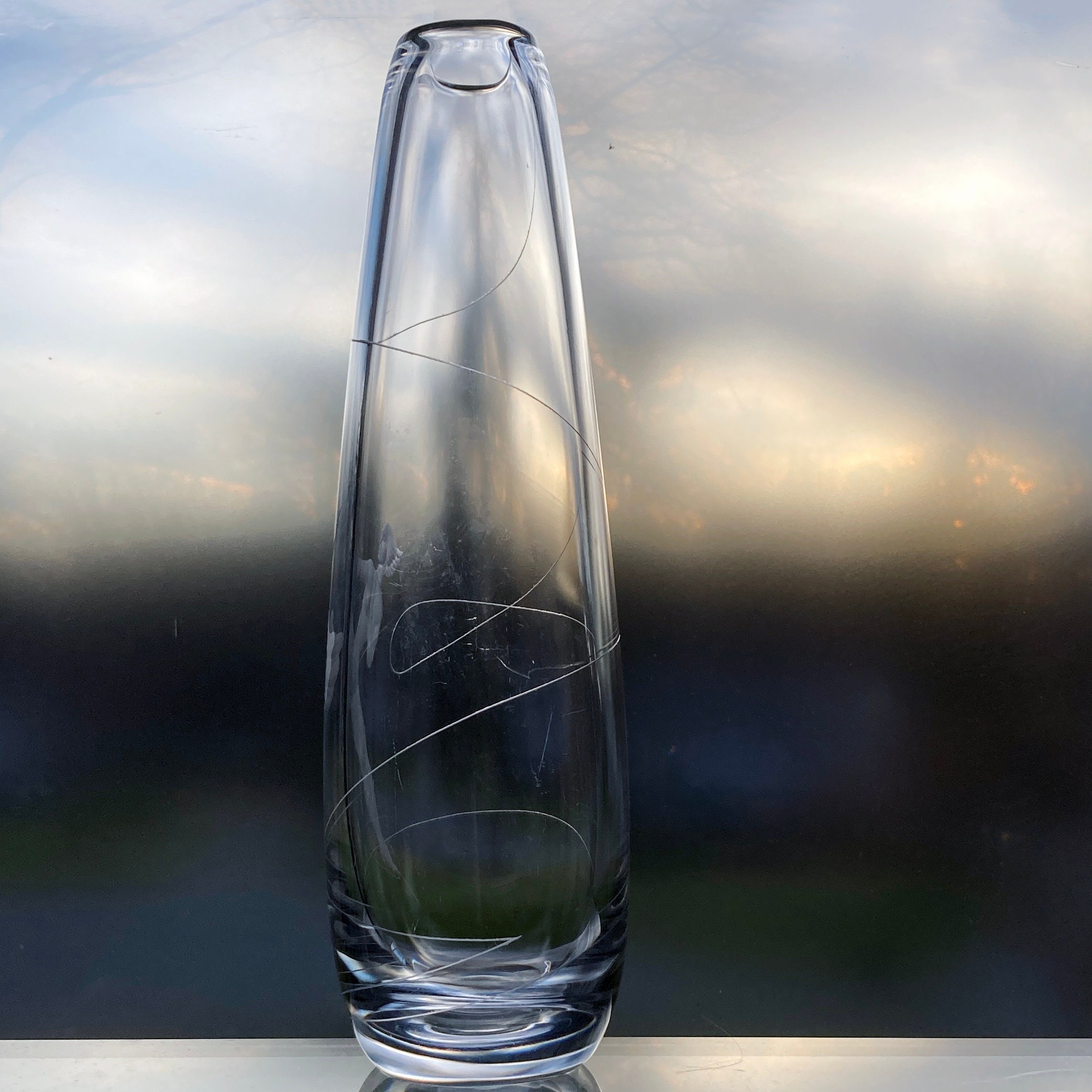 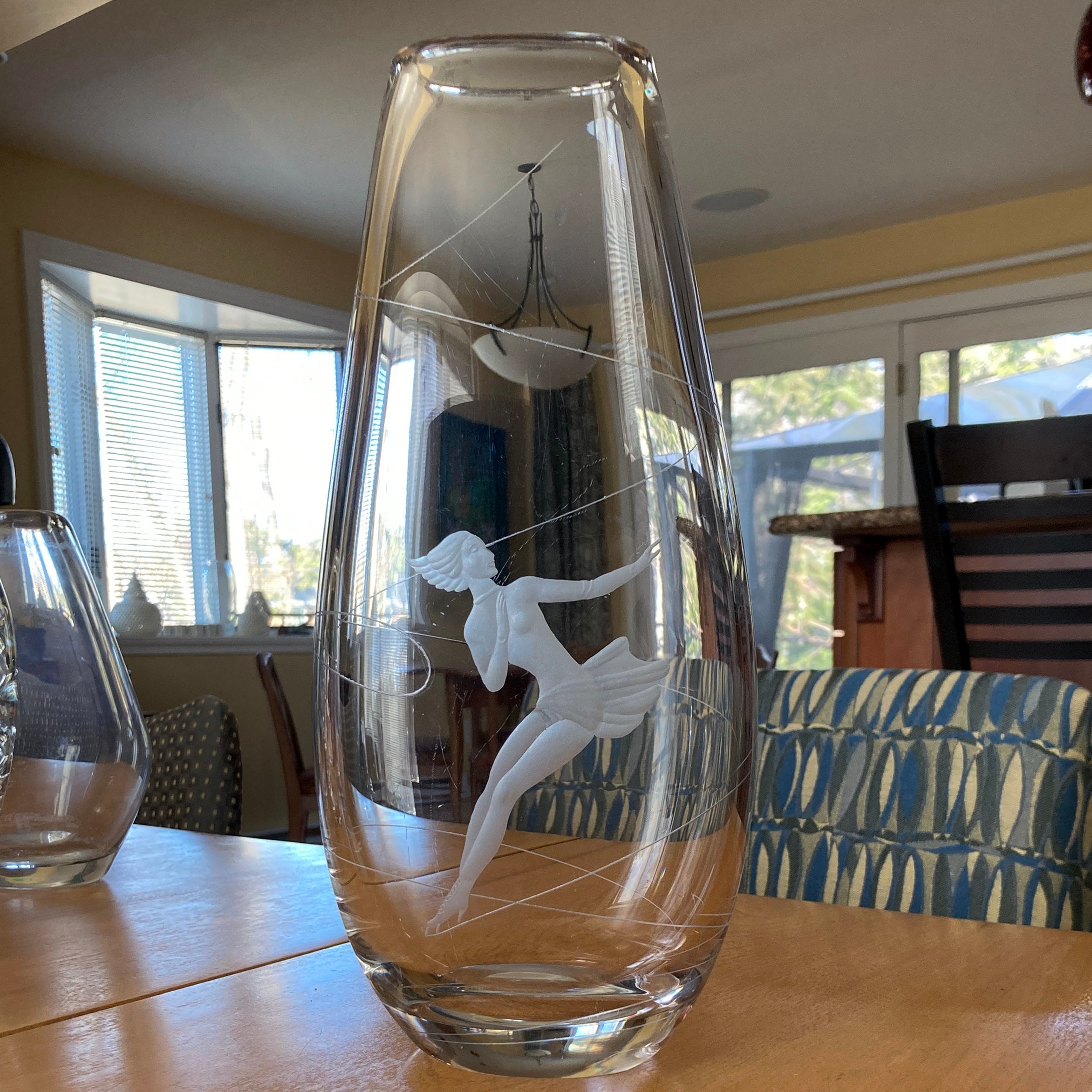 Vicke Lindstrand designed this vase while working as artistic director at Kosta Glassworks in Sweden (before they became Kosta Boda.) He called it "The Ice Princess" and it's one of a series of people at play that he drew in the 1950s, now immortalized in glass. The vase is 5"L, 3"W, 12"H, and it weighs 4.75 pounds. It has quite a few scratches, but they add to the realism of the skating scene - the Zamboni needs to come by!